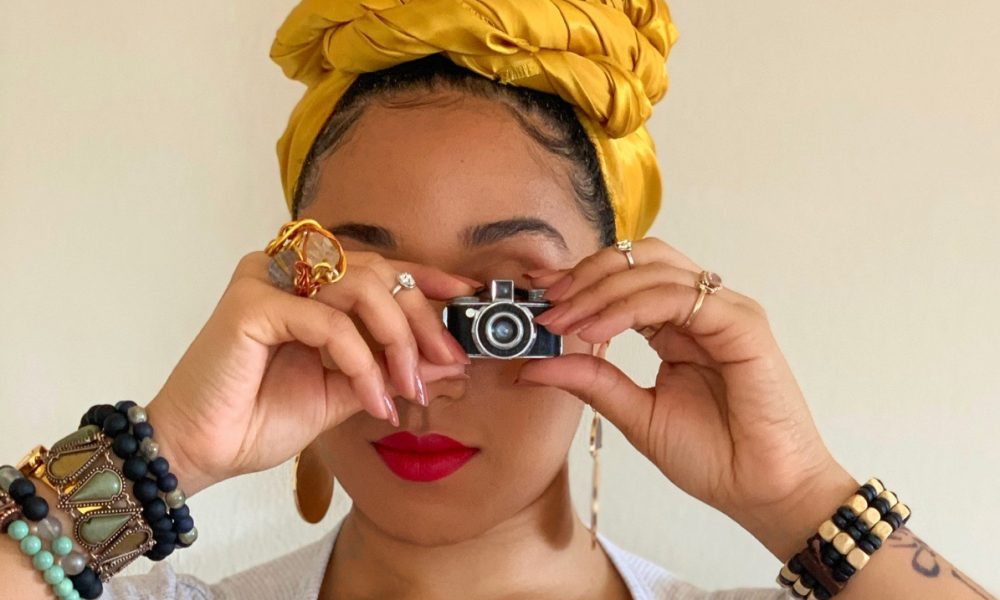 Today we’d like to introduce you to Tanisha Caple.

So, before we jump into specific questions, why don’t you give us some details about you and your story.
I have been interested in the world of entertainment since my early youth. It started with making home videos back in Cleveland, Ohio. Soon after, I found myself dreaming of an R&B singing career, but that shortly ended coming into my preteen life, realizing my voice was certainly not a mixture of Jesus and Fergie. However, around that same time, I discovered spoken word, and the adrenaline from being on stage, along with writing my own stories, assured me that entertainment is right where I belong. I just needed some direction towards my gifts.

I tapped more into my talents during my time at The Ohio State University, where I began taking theatre courses and studying media along with the arts. After graduating, I moved to Los Angeles to pursue an acting career while also working in marketing. A hidden blessing came when struggling to find roles that cater to my comedic personality, along with my race. As a Black American/Afro-Latina, I wanted more opportunities that wouldn’t place me in a stereotypical box. So, I chose to make those opportunities, not only for myself but for others, which began my screenwriting career. I have not looked back since.

Instead, I have been looking ahead and plotting ways to build an empire of creative women of color. To start, I created What Women Watch, an organization, and website focused on highlighting women both on-camera and behind the scenes. There are so many talented women of all ethnic backgrounds working day and night to make it into the world of Hollywood, or better yet, competing to make a name for themselves in a dominant white male industry. These multi-skilled create•hers deserve to have a spotlight on their names and their WORK, which comes in all genres. Aside from those working in the industry, whatwomenwatch.com is for the average film and television lover who looks for frequent industry updates and media suggestions. I aspire for What Women Watch to be an organization that pushes the industry forward, making way for women to become leaders in their position of interest.

We’re always bombarded by how great it is to pursue your passion, etc – but we’ve spoken with enough people to know that it’s not always easy. Overall, would you say things have been easy for you?
Whew, we can talk all day about the struggles. However, to pinpoint the main ones, being a woman of color coming from a place of poverty is at the top of the list. The first step was working multiple jobs while in college to get a higher paying job upon graduation, leading to some sense of financial stability while pursuing the arts. It was scary to initially jump into the industry, knowing I don’t have much to fall back on. However, growing up most of my life in poverty has taught me useful survival tips and has molded me into a woman who will proudly work double-time to achieve her goals.

Aside from money, being a WOMAN and being BLACK are unfortunately two battles on the same field. In audition rooms, I am often overlooked, or there aren’t many roles created for women who look like me. If so, a lot of those roles are, of course, the black best friend or the sassy, oversexualized supporting role. Regarding writing, the rooms are so limited in women of color, that I find myself almost trying to convince those in higher positions that I can carry a story.

Honestly, What Women Watch has been such a relief because I get a chance of full creative freedom, I get to create the space instead of trying to fit in one. Yet, my love for both entertaining and screenwriting outweigh the obstacles I have to face regarding the way I look or the financial conditions I endured.

Please tell us about What Women Watch.
What Women Watch is my way to advocate for women in the arts. What Women Watch was developed by artists and creatives, providing a broad perspective on the content women are viewing. It explores different genres of film and television while highlighting the divine females who brought those projects to our screens.

The site (whatwomenwatch.com) and organization is a way for me to use my writing and voice as a force to push women forward and connect creative innovators.

The thing that sets us apart from other sites and companies is the same thing I am most proud of — it is an industry safe place created by women for women. Although it is considerably new, I foresee it growing into a sea of endless opportunities for women looking to dive into the world of acting, writing, directing, producing, and so on.

Has luck played a meaningful role in your life and business?
Honestly, I don’t necessarily believe in luck. I am a pretty spiritual person, so I place my blessing on Jesus and God. I would say in my spiritual journey, I have been given opportunities that may have appeared out of nowhere, but have served a divine purpose to help others. In that same path, there have been obstacles that have limited my faith at some point, making it hard to get any writing or work done. I would say the more I believe there is purpose in What Women Watch, my scripts, and my acting, the more doors open for me, and I can see a clear direction onto my next steps. 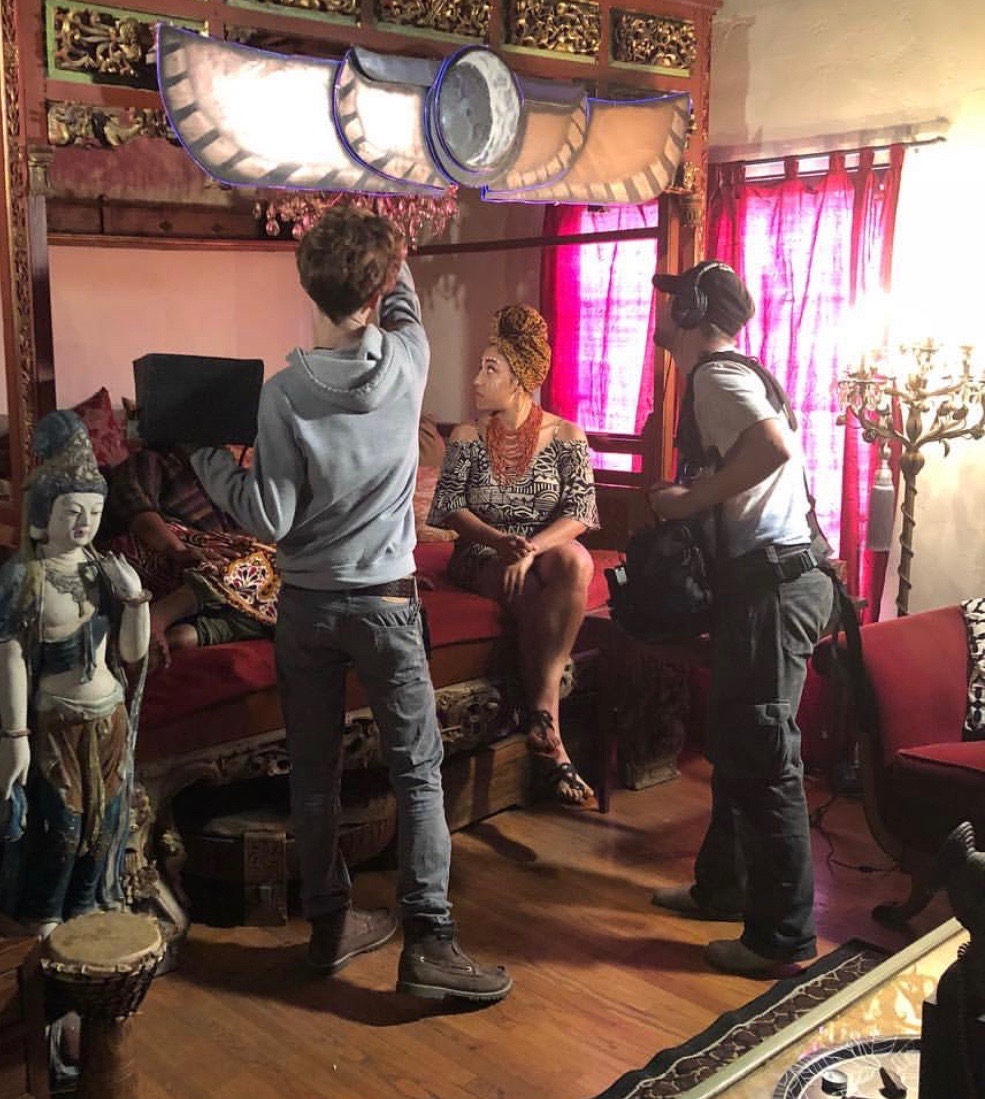 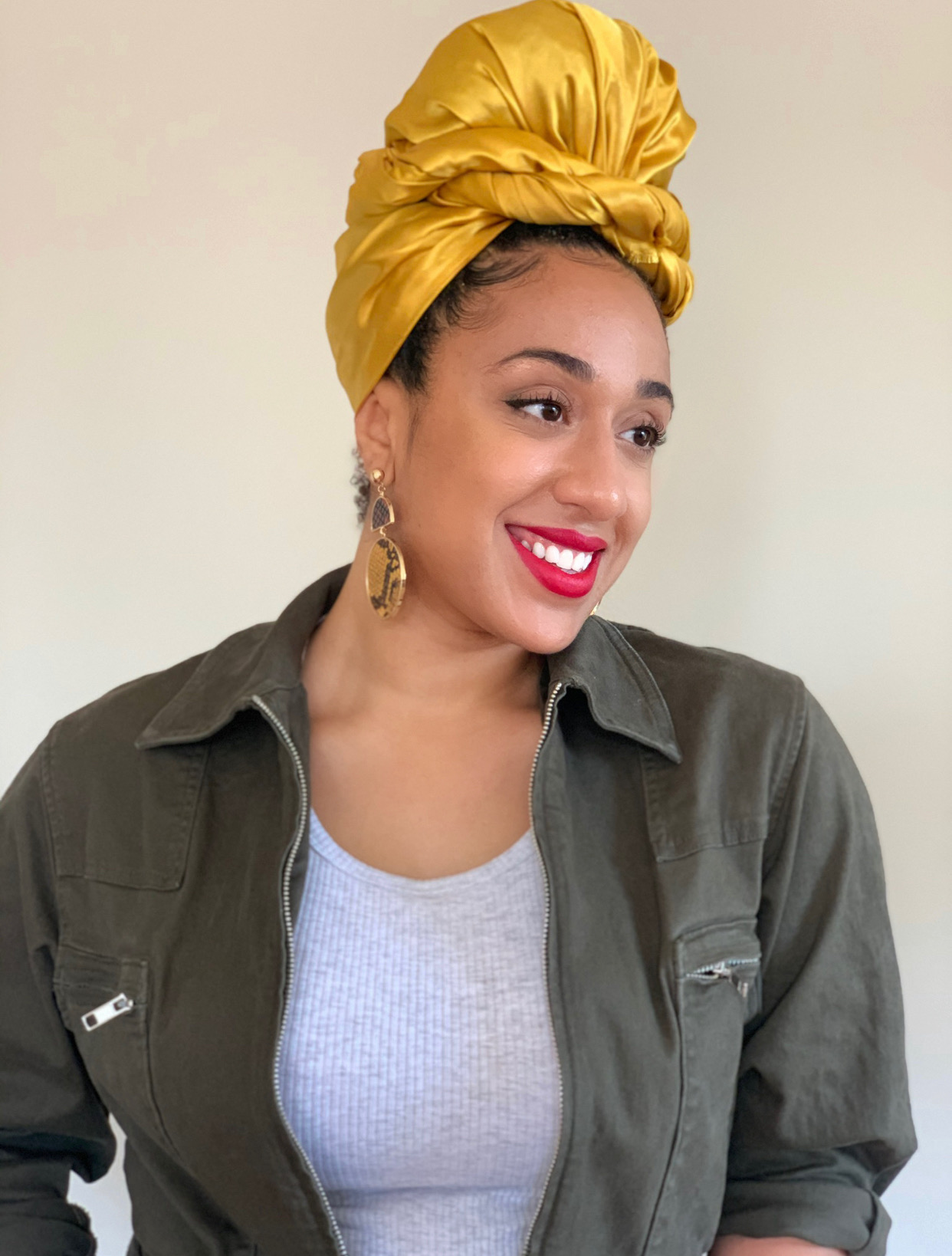 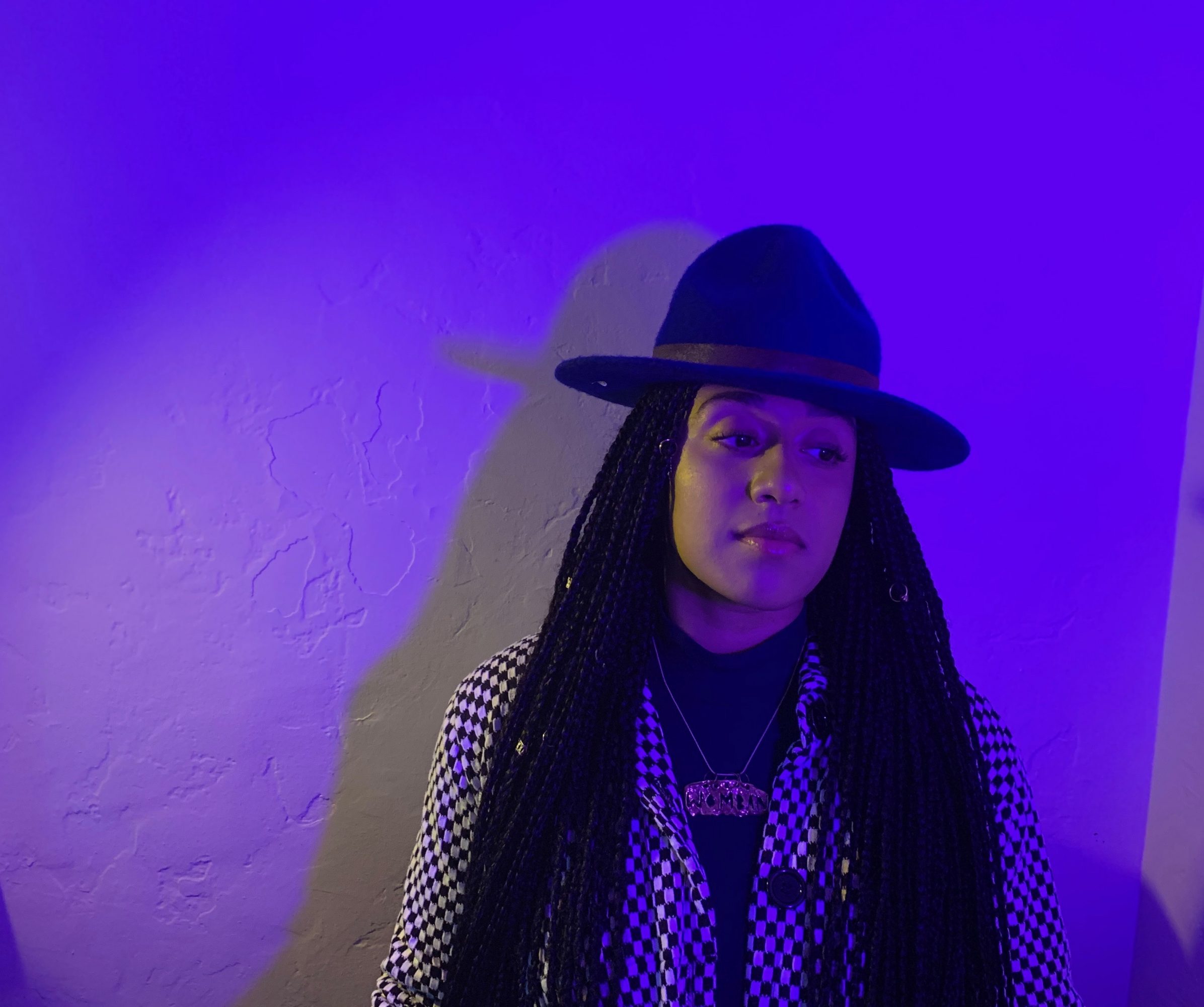 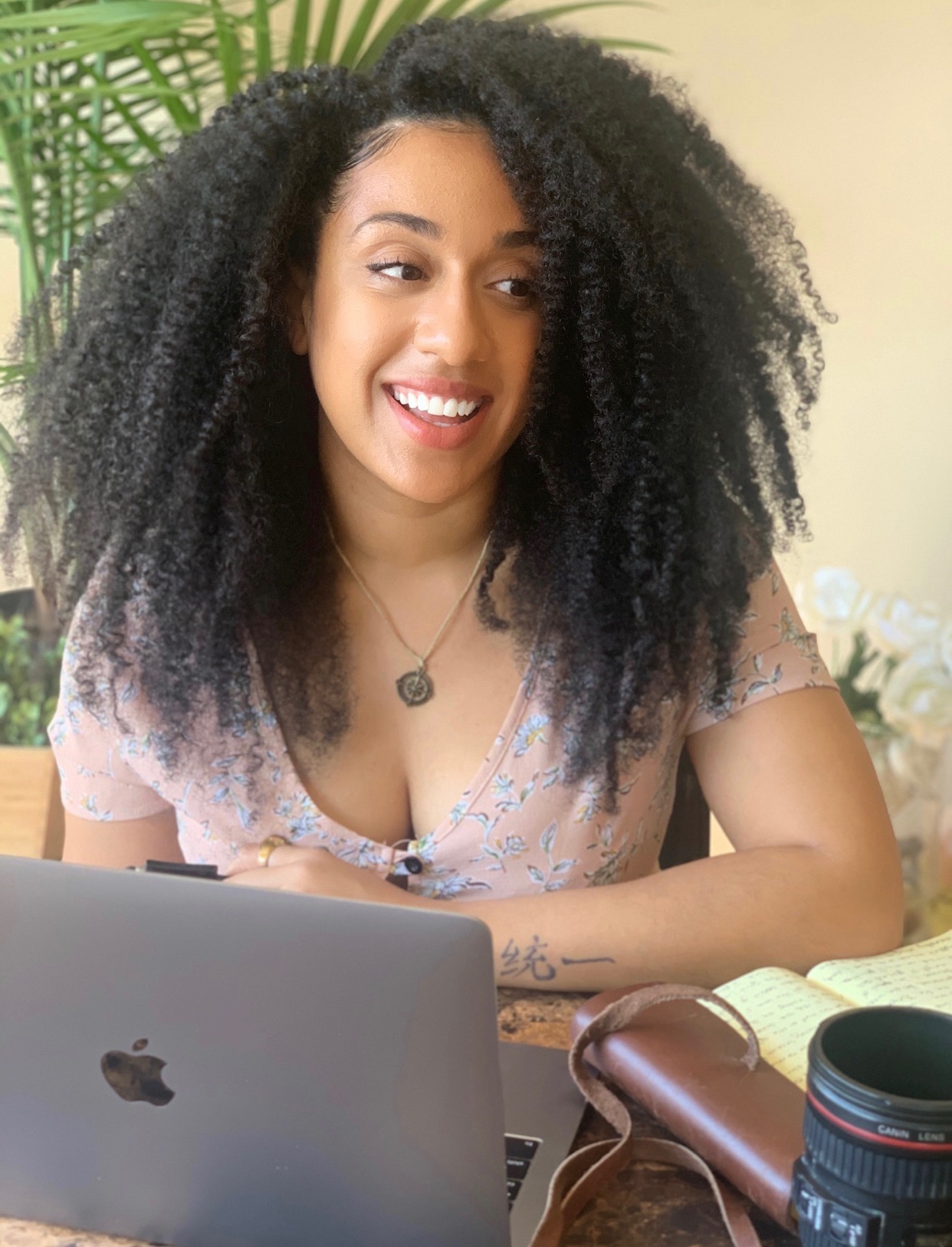