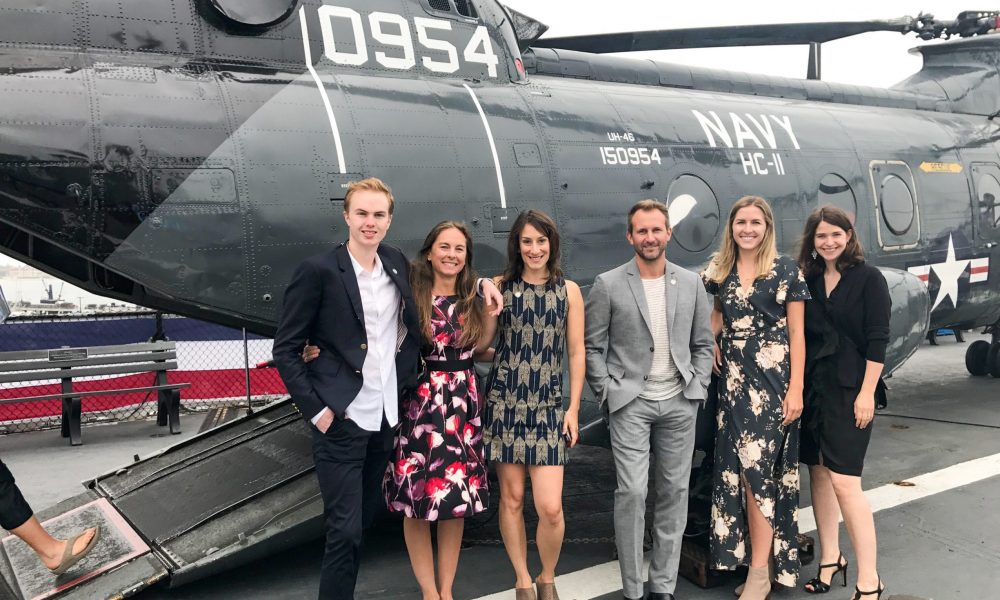 Today we’d like to introduce you to Ian Shive.

Ian, let’s start with your story. We’d love to hear how you got started and how the journey has been so far.
I’ve lived in Los Angeles for 20 years and like many people who come here, sought a career in the entertainment industry. I was fortunate to quickly land a great position at Sony Pictures Entertainment in Culver City where I had the opportunity to build some of the most successful publicity campaigns of the era, including the original Spider-Man films, many Adam Sandler films and more. I stayed there for nearly a decade and had a wonderful experience that gave me an education and basis for starting my own media company.

I decided that my passion for photography and nature would strike the balance I was looking for. My first foray as an entrepreneur was as a solo nature and adventure photographer, climbing and documenting some of the world’s highest mountains and some of the most remote ecosystems. Over time I realized that I had a community of likeminded individuals around me and that if we could come together under a single banner, we could potentially increase our opportunities. Similarly, photographers were beginning to truly explore motion picture production in earnest. With my background in the film industry and my new career as a photographer, I was perfectly poised to launch my own media company, Tandem Stills + Motion.

I’ve always loved working in Culver City and so I quickly set up shop in the Hayden Tract, which is now one of the fastest growing areas of the westside. I opened our doors in 2010 with just one employee and a handful of photographers. Seven years later, we represent almost 400 of the world’s best photographers and have launched a wildly successful software company, Tandem Vault, which complements our work in the visual arts, we’ve also strongly embraced motion picture production and have produced major television shows and are currently working on our first major theatrical release. Today we have a dozen employees that are so close knit we are like a family.

Through all of this, our genre has never swayed. We still focus on nature and the outdoors. It is exceptionally gratifying to know that our work is not only beautiful and directed towards our team’s passion but that we can play a critical role in educating the public about our public lands and important ecological resources.

We’re always bombarded by how great it is to pursue your passion, etc. – but we’ve spoken with enough people to know that it’s not always easy. Overall, would you say things have been easy for you?
It definitely hasn’t been a smooth road. Staring a small business requires your attention 24 hours a day, 7 days a week, 365 days a year. To make it successful you truly have to believe in yourself, in what you are doing and be willing to sacrifice everything to make it happen.

Some of the largest challenges are simply the costs and making sure you are doing everything right. There are a litany of permits and taxes you need to file to keep yourself legal and above board. Learning what all of those are while also pursuing sales is a challenge. Secondly, finding the money to grow. We’d often get to a point, such as a couple years in, where sales were steady but weren’t necessarily growing at the rate I would have liked. If we had outside funding, we could have hired more sales people but I’ve never been keen on taking outside investors. So we had to push ourselves to think of clever ways to earn way above our class so we could invest in new infrastructure and sales reps. To this day the company is still 100% privately held and has taken on no outside money. That has been a huge challenge and in some ways, may have stymied our growth but in other ways has forced us to stay extremely competitive and clever. We’ve seen a lot of companies come and go since we launched and I’m proud that we’re still here, still very profitable and doing great work.

So, as you know, we’re impressed with Tandem Stills + Motion – tell our readers more, for example what you’re most proud of as a company and what sets you apart from others.
In North America we’re widely considered the leader in photography for the outdoor marketplace, which includes nature, travel, adventure and healthy living lifestyles. When you open a magazine and see a gorgeous city skyline or look at a photo of an inspiring runner on a trail above the mountains, it will very often be one of our images. Our core business has always been around these genres and I never fail to get excited walking through an airport seeing our images on billboards and the covers of magazines. Some of our longest relationships and best clients include some of the most notable outlets in our genre including National Geographic, Microsoft, Outside, Subaru and thousands more.

We’re also incredibly proud of our software, Tandem Vault, which helps companies manage their digital files. The software was born out of the idea that we need to find the perfect photo for our buyers and in doing so, realized that we had created a powerful platform for other people to use. Tandem Vault now manages over a million assets in one of the most beautiful and easy to use platforms. We’re proud that organizations such as The Nature Conservancy, TED and the U.S. Green Building Council all use us to improve their daily work lives.

Lastly, we’re excited about our ability to take the authenticity we’ve developed in our photography and bring it to televisions and theaters around the world. We specialize in complicated productions in remote locations and have a close working relationship with the United States government, helping to bring our most hard to reach federal lands to the American public. Our most recent projects include work on Midway Atoll for the 75th Anniversary of the Battle of Midway and our upcoming giant screen film, Hidden Pacific, which documents the marine monuments of the Pacific Ocean, which are managed by the U.S. Fish and Wildlife Service.

So, what’s next? Any big plans?
My goal is to see our company simply do more of what we already do. I want to focus on growth and continuing to hone our skills as business leaders and thought leaders. I want to find ways to improve revenue for artists, such as our photographers, tell better stories, such as our films, and continue to improve our software so that our clients find them indispensable tools for their everyday lives. In short, I want to continue to find ways to be useful.

A field of Russell Lupines along Lake Tekapo on New Zealand’s South Island.

An overnight hike with a toddler near Buckskin Gulch Road, Utah, USA.

A summertime sunset over Cow Parsnip wildflowers with crimson cloudns and Mount Rainier off in the distance near Ashford, Washington.

A silhouette of a professional female climber as she scales a boulder at Lizard’s Mouth in Santa Barbara California.

Hiking the John Muir Trail and our views along the way.

Three cubs stand next to their mother when startled by a river otter near the Coast of Lake Clark National Park in Alaska.

Three women rest after going for a hike on a sunny spring day at the Alabama Hills near Lone Pine, California.