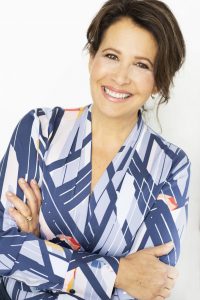 Today we’d like to introduce you to Tammy Kaitz.

So, before we jump into specific questions, why don’t you give us some details about you and your story.
I started putting on plays in my backyard when I was three years old. I took scraps of paper to the neighbors and told them that this was their theatre ticket. I had a box that was my stage. When I was maybe 11 years old, I saw in The Denver Post (I’m from Denver) an audition for Peter Pan at a local theatre.

I hopped on my bike and pedaled to the theatre which was 10 miles from our house to audition and then had to borrow money to call my mom from a payphone to pick me up. She had no idea where I was. From there, I started doing community theatre around Denver, got my BA as a Theatre Major in College, went to a professional acting school for a while in London and then moved to LA. I have worked on stage and in front of the camera doing television as well as feature films. I currently have the female lead in the very funny feature film Man Camp!

I married my childhood sweetheart Steve Crane (and am still madly in love!) and we have two awesome sons Dylan and Seth. Our LA raised sons both currently live in Denver. They spent their lives visiting our Denver families and they both love the four seasons that Denver offers. Seth graduated from University of Colorado in Boulder (our alma mater) and stayed in Boulder (as there is nothing to not like about Boulder!), and older son graduated from Hiram College in Ohio and moved to Denver a few years ago.

Has it been a smooth road?
Professionally when I moved out to LA after finishing school and as young ingénue, the only actresses working at the time were all blond hair, blue eyes and fair skin gals. I have olive skin gal, so it took a long time for more diversity to be seen in front of the camera. Initially as a young adult in a new city here in LA, I build my world of friends and community with the stage work I started doing in theatre companies here. I am extremely proud of the work I have done throughout the years in front of the camera and on stage. My first job in front of the camera on TV was an episode of Love American Style. Well actually as a teenager in Denver, I was the only local hire for an episode of Mork and Mindy directed by Garry Marshal. They shot a few episodes each season in CO. It was wild working with Robin Williams. Years later in LA, I worked with Garry again on stage. And my first feature film was The Hollywood Shuffle.

Personally, our world was turned upside down when our oldest son at 14 years old and was diagnosed with stage 3 cancer. He had a mass the size of a cantaloupe sitting on his heart, pressing in his lung. Dylan’s cancer journey was only six months, but I was numb for a long time after. Dylan had four months of chemo, open chest surgery, and two more additional months of chemo. He is now in remission and we are blessed that he is completely healthy. Most of the kids we lived with at the hospital did not survive their cancer. During Dylan’s cancer battle, the savings grace was a teen program at Children’s Hospital. This brilliant program became his emotional life raft. I went on to become President for four years of this non-profit group that was for teens battling cancer. Unfortunately CHLA closed down this non-profit that had existed and helps hundreds and hundreds of teens for over 27 years. But raising money and awareness for Kid Cancer is still very important to me and our family has raised a ton of money for Pediatric Cancer Research. Last Sept, I walked 30 miles in one day on the Pacific Crest Trail and raised $7000.00 for a kid cancer group.

We’d love to hear more about your work and what you are currently focused on. What else should we know?
I currently can be seen as the female lead in the feature film Man Camp, anywhere you rent movies (Amazon, iTunes, Vudu). Pete Gardner (Crazy Ex-Girlfriend) plays my boyfriend and Daniel Cummings, Scott Kruse and Erik Stocklin play my sons. Man Camp was directed by Nate James Bakke. Had a blast not only doing comedy but drama as well in this film. I was cast in LA, but it was a full-circle moment to shoot Man Camp in Colorado where I grew up and started performing on stage. Man Camp is a really funny comedy, and laugher is so needed at this time! I also have a lead in the horror-comedy feature, The Bone Garden. I play a cougar that brings home young men, and let’s just say I enjoy the collection of their axed off heads in the truck of my red hunk mobile convertible! I have had lots of fun roles to play over the years!

I have been in LA for a long time. Life is about balance. I never gave myself a time limit for making it as an actor, it’s who I am and what I do. I work on my craft all the time and can’t imagine ever not pursuing the opportunity to move someone or make someone laugh by inhabiting a role and telling a story. And I love love love being a wife and a mother and a friend and a volunteer to try to make the world a better place.

Let’s touch on your thoughts about our city – what do you like the most and least?
We LOVE LA and can’t wait for our world to safely open up again. Downtown LA is a big part of our life, walking around for hours, visiting museums, exploring the fabulous restaurants, and going to the theatre or opera. LA ROCKS!

What do I like least about our city? I think we could do a better job taking care of one another and those in need. 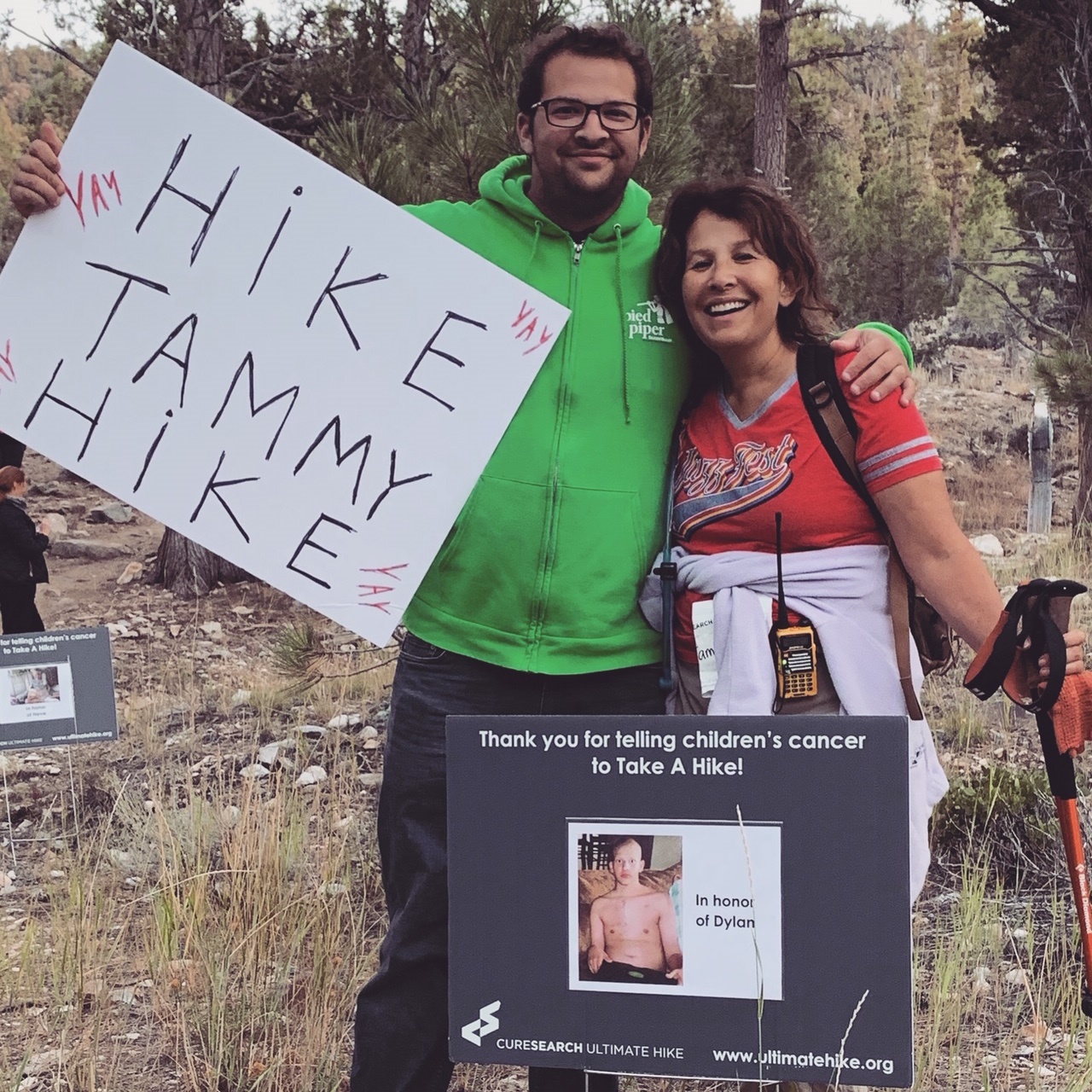 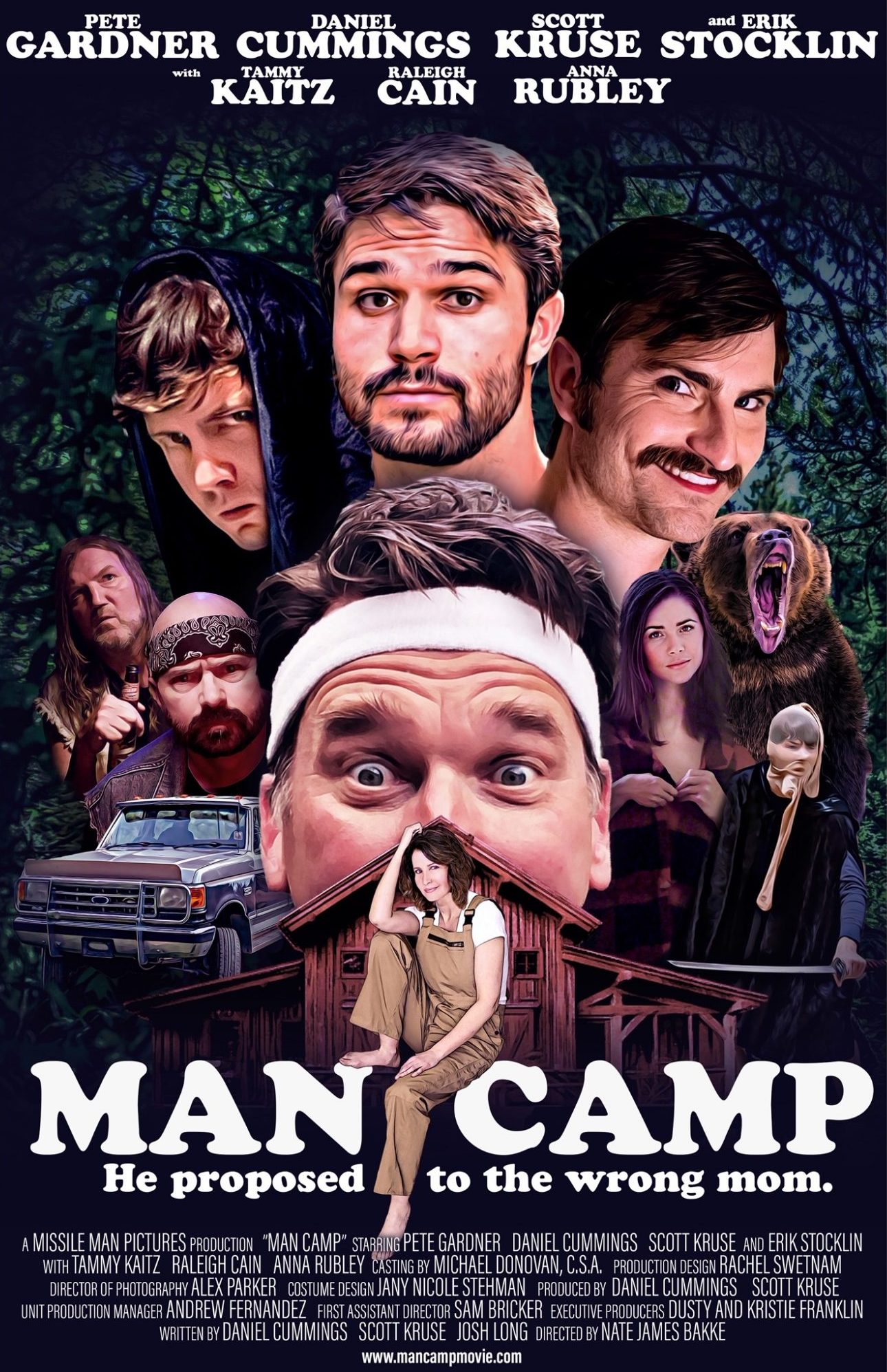 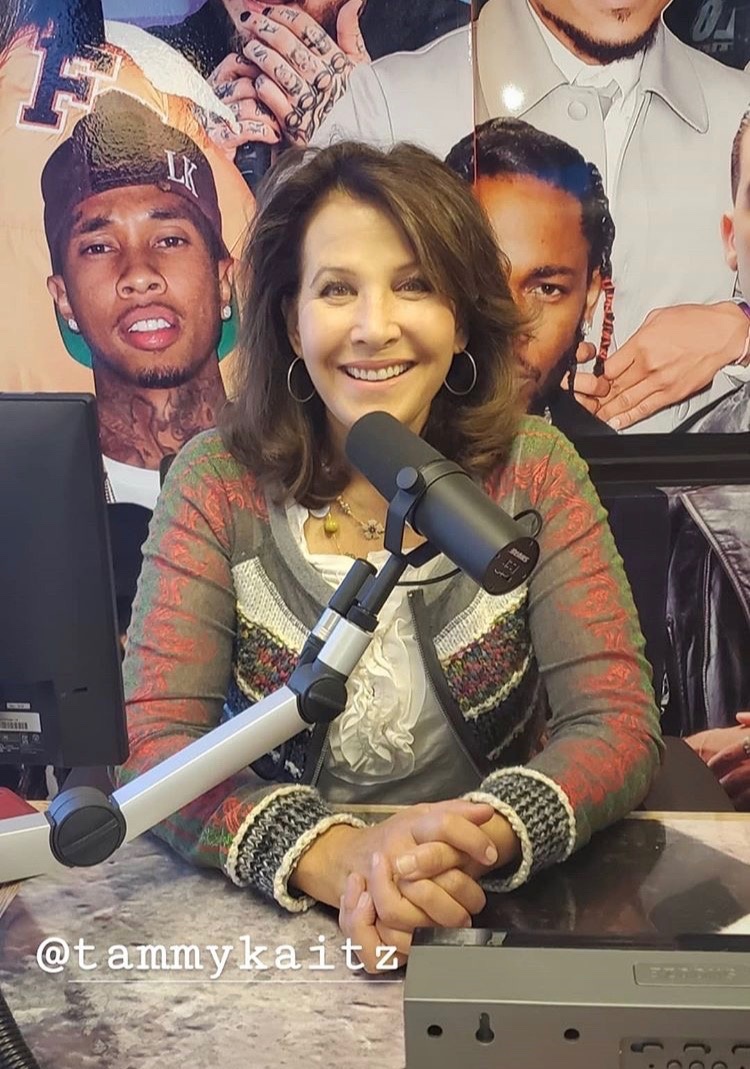 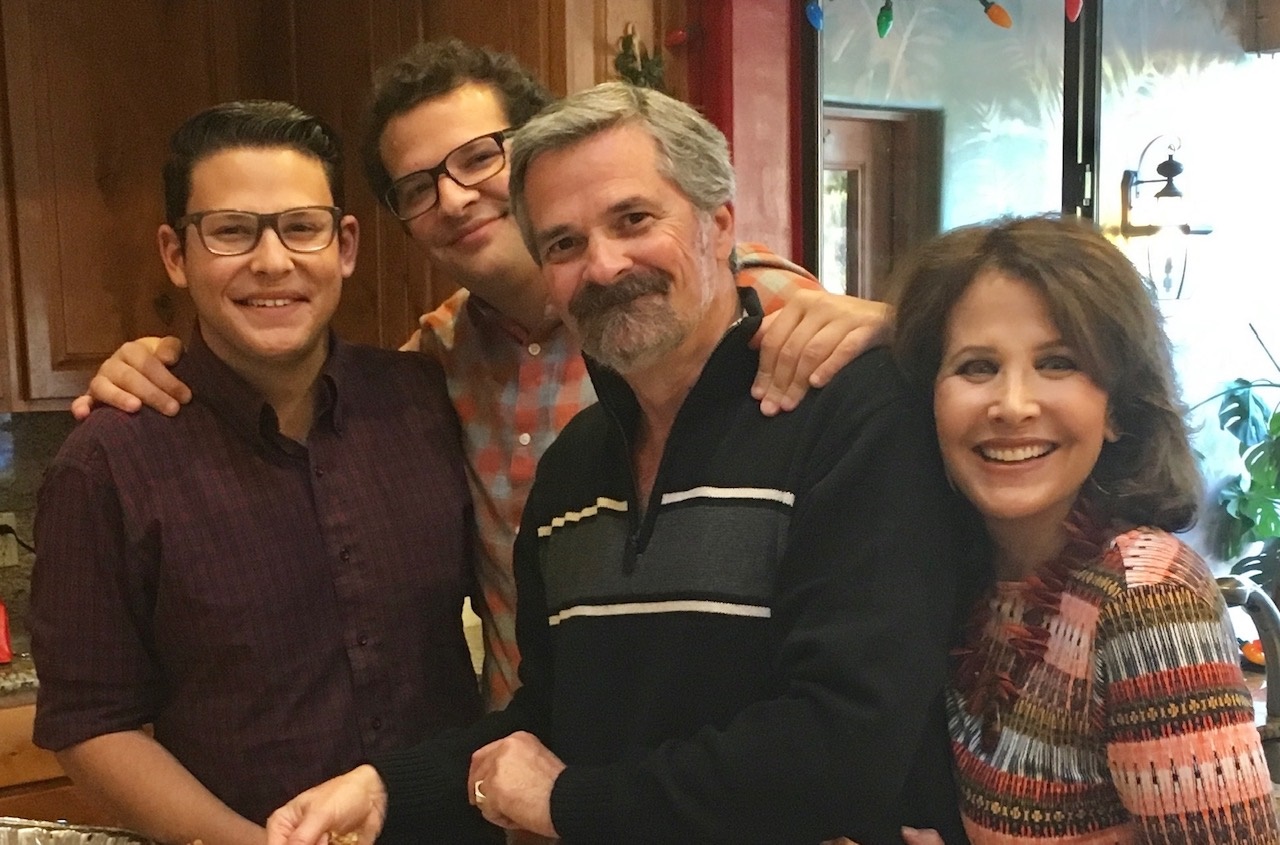 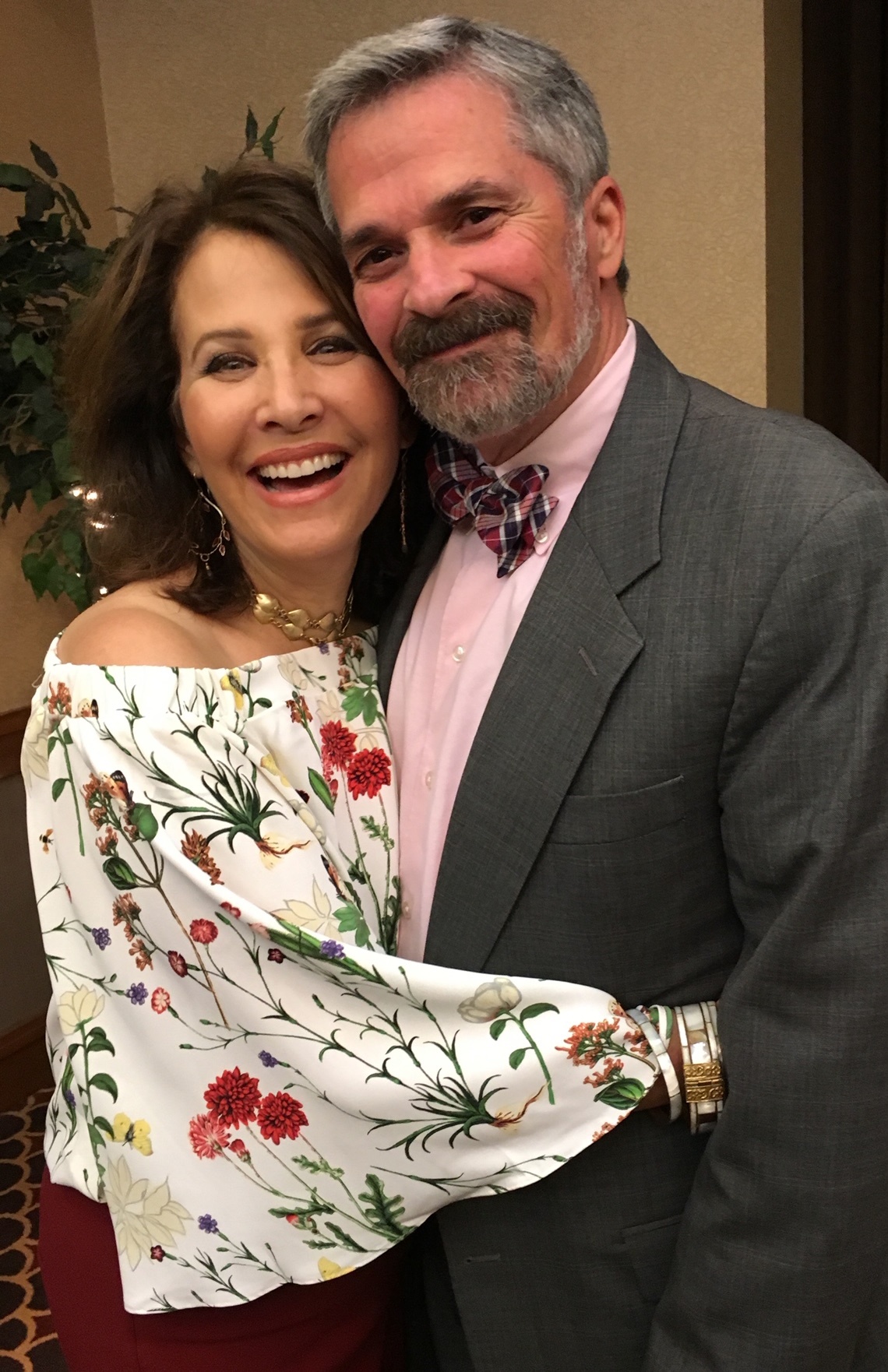