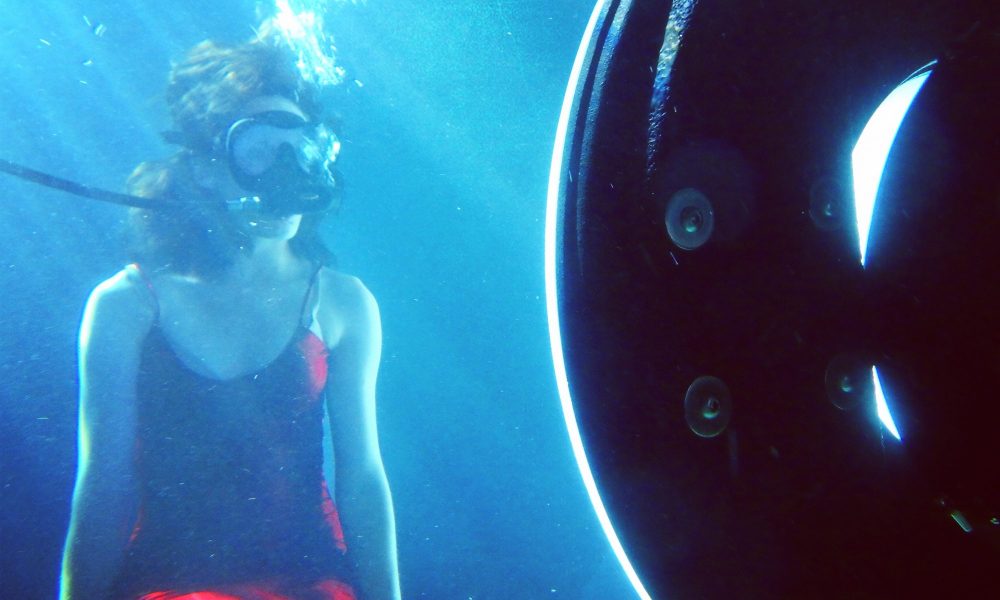 Today we’d like to introduce you to Talia K Dillingham.

Talia K, let’s start with your story. We’d love to hear how you got started and how the journey has been so far.
My childhood began with mixed interests as the daughter of divorced parents. My mother being a physically active entrepreneur owning a gymnastics club and my father as a highly analytical engineer for a government contracted company. My mother giving me a financial education, experience of a large emotional palate, and an example that sometimes sheer stubbornness and patience can get you to an otherwise underestimated goal. My father having taught me gender equivalence with personal empowerment, a love of arts, balanced with a detailed eye and keen ability for preplanning & resourcefulness. Mixed with an innate love for learning and an outgoing demeanor, I was ready to take on the world, or…at least Hollywood.

Stunt Performer: I was off to Los Angeles fully prepared to fail at chasing my dreams of becoming a professional working stunt performer. Once here, I applied the many passions and talents I had to do just that. I worked hard at gaining new skillsets and earning respect in a male-dominated profession to call stunts my profession. I have had the incredible honor of working with both legendary stunt coordinators and acting talents.

Along the journey, I discovered the need for a “survival job.” Since it became clear that being a free thinker often posed problems in a corporate setting, translating to a strong ability of getting fired. I instead turned my energies to partner with a fellow stuntwoman/friend and created a company to call our own.

Entrepreneur: She and I each respectively worked a seasonal odd job installing Holiday lighting (Hanukkah, Christmas, Diwali), for separate companies. I became interested with the idea of running a company for myself but seemed a huge, tiresome undertaking. However, with our combined strengths it seemed an idea impossible to fail. Together we were able to learn how to build a business and purchased a portion of her parent company’s client list. Welcoming the birth of Angel Lighting, still in business today. After our initial two years, we expanded by 200% buying from the other parent company’s client list. Unfortunately, due to an unforeseen stunt accident, after half a decade in business, my personal goals shifted. While Angel Lighting continues to operate November to January, I have made the hard decision to focus my efforts on new endeavors instead.

A New Act: After the stunt injury, leaving a damaged cervical spine, bruising my spinal cord, leaving me temporarily paralyzed, I had quite a bit of time to heal, recover and most importantly think. A few things became obvious to me. First, I needed to allocate more time to travel, but more importantly my love for the television and film industry would never leave, though some of my physical abilities had. I considered many options within the industry including work in producing, directing, AD-ing, wardrobe and even hair. During some point living assisted in my childhood homes, between mom’s and dad’s, I became restless and needed to return to an independent life in Los Angeles. My tactic? Enroll in a Los Angeles exclusive class! I turned to performance in either Magic, at the Academy of Magical Arts, Comedic Improvisation, at Groundlings, or Acting, at The Sanford Meisner Center. The latter having the soonest start time for a program, I jumped in (figuratively) feet first.

Through the curriculum, I was invigorated and found a new extension of my performance career. As a result, I have added training in acting, comedic improvisation and voice work to my stunt hustle. I fully intended to enjoy the fruits of my labor in this budding expansion to my performance career, while fully utilizing the time to both travel and create future entrepreneurial ventures…I am an idea machine! Stay tuned.

We’re always bombarded by how great it is to pursue your passion, etc – but we’ve spoken with enough people to know that it’s not always easy. Overall, would you say things have been easy for you?
Childhood: Having scoliosis and nine fused vertebrae as a corrective surgery redirected my chase from a dance career to stunts performance.

Entrepreneur: My business partner and I have developed one of the strongest relationships in my life as the need to communicate, compromise and navigate the demands & responsibilities of running a company are on a whole other level.

Acting: Truly pursuing any industry career is terrifying without enough patience and personal confidence (aka my stubborn drive). Good days and bad days abound as the work schedule is volatile, and response rates may feel nonexistent. Sometimes it feels like you are wasting your precious time without any results, which is always a gamble until results actually come.

We’d love to hear more about your work and what you are currently focused on. What else should we know?
I have developed a specialty for being an all around great double. In size match as well as having gained a varied enough skillset to carry on for an entire project, and for some reason most of the calls I get are comedic, with Kristen Wiig as one of the most prominent actresses I double. Though, since my accident I will be focusing energy upon firework, water work and general vehicle work, with an ambition for one day stunt coordinating. I am also pretty savvy on a wire, but moving forward plan to keep it to no impact wirework. At the moment, my favorite actress to double has been Anna Faris‘ character on “Mom,” as the show is just so fun, and her predicaments so funny. With my crowning stunt being a full-body fire burn while tied to a stake, doubling for Taissa Farmiga on AHS’s Roanoke season.

Entrepreneur: As Angel Lighting, the most important attributes are company integrity, attention to detail and customer service. The season becomes very limited on time, but we have never been willing to compromise our company standards in any of the above. We care for our team by providing jobs, largely composed of other artists, and before the government regulation changes for classifying most workers as W-2’s, Work Comp insurance, competitive pay and a flexible schedule were provided.

The attention to detail is high because every property is treated with the same pride of ownership as our personal properties, while providing strong insurance riders in case of property damage, along with working contracts to keep transparency in the relationship.

Customer service is also high because our clients are known by name, responded to as individuals, addressed as individuals and because transparency in communication is a key characteristic we are not satisfied until our client is satisfied. Whom are empowered to communicate such misgivings in order to be corrected.

So, what’s next? Any big plans?
A focused expansion into acting, voice over and performance capture work. With long term goals of dabbling in stunt coordinating, directing and producing.

Travel sabbaticals would be lovely, just need to refine those logistics.

And if I’m really dreaming entrepreneurial goals include a few business establishments, mainly in the restaurant sector, developing a YouTube channel, or two, around fitness and motorcycles and establishing a philanthropic dance company addressing uncomfortable and topical social traumas. 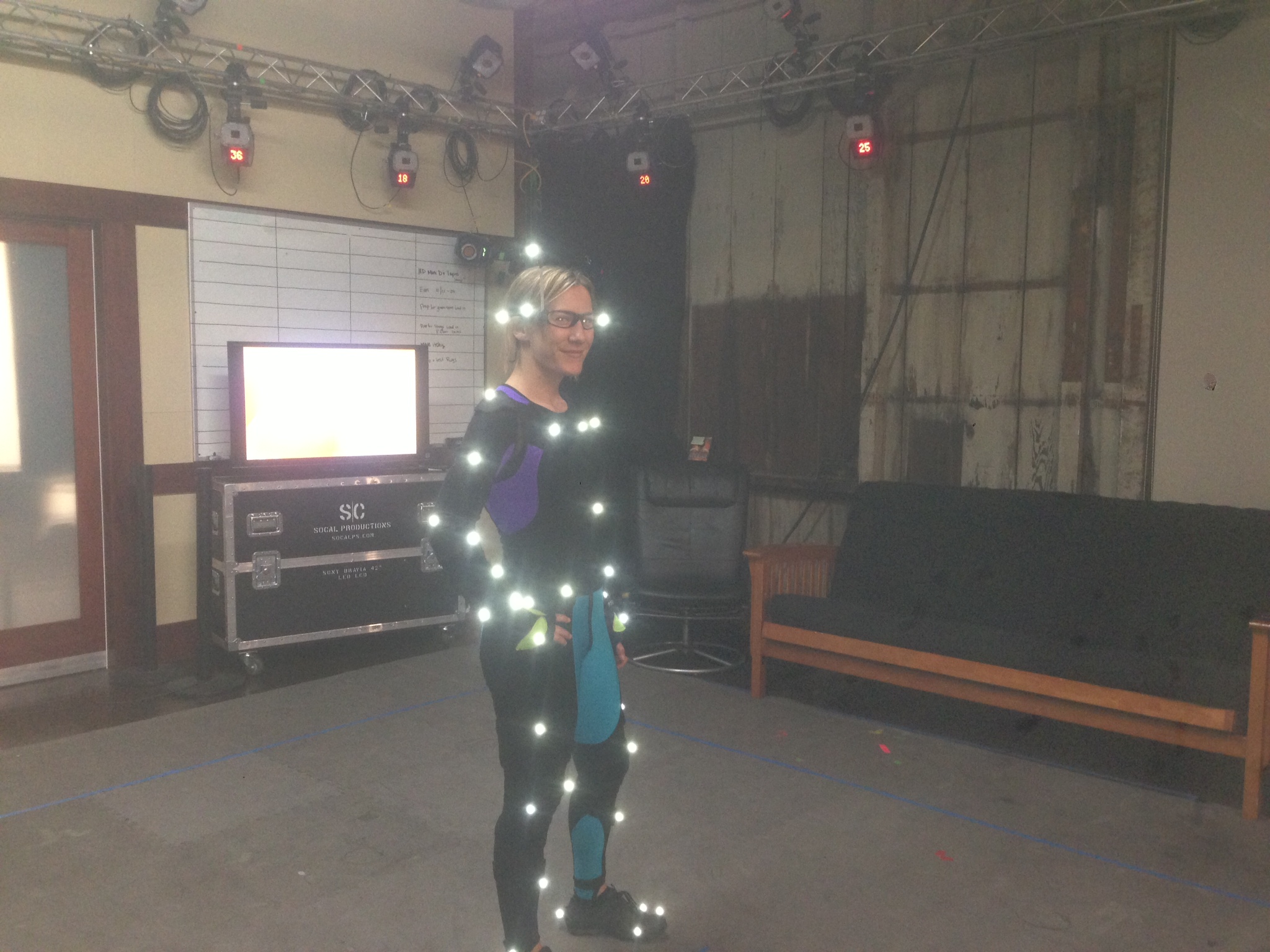 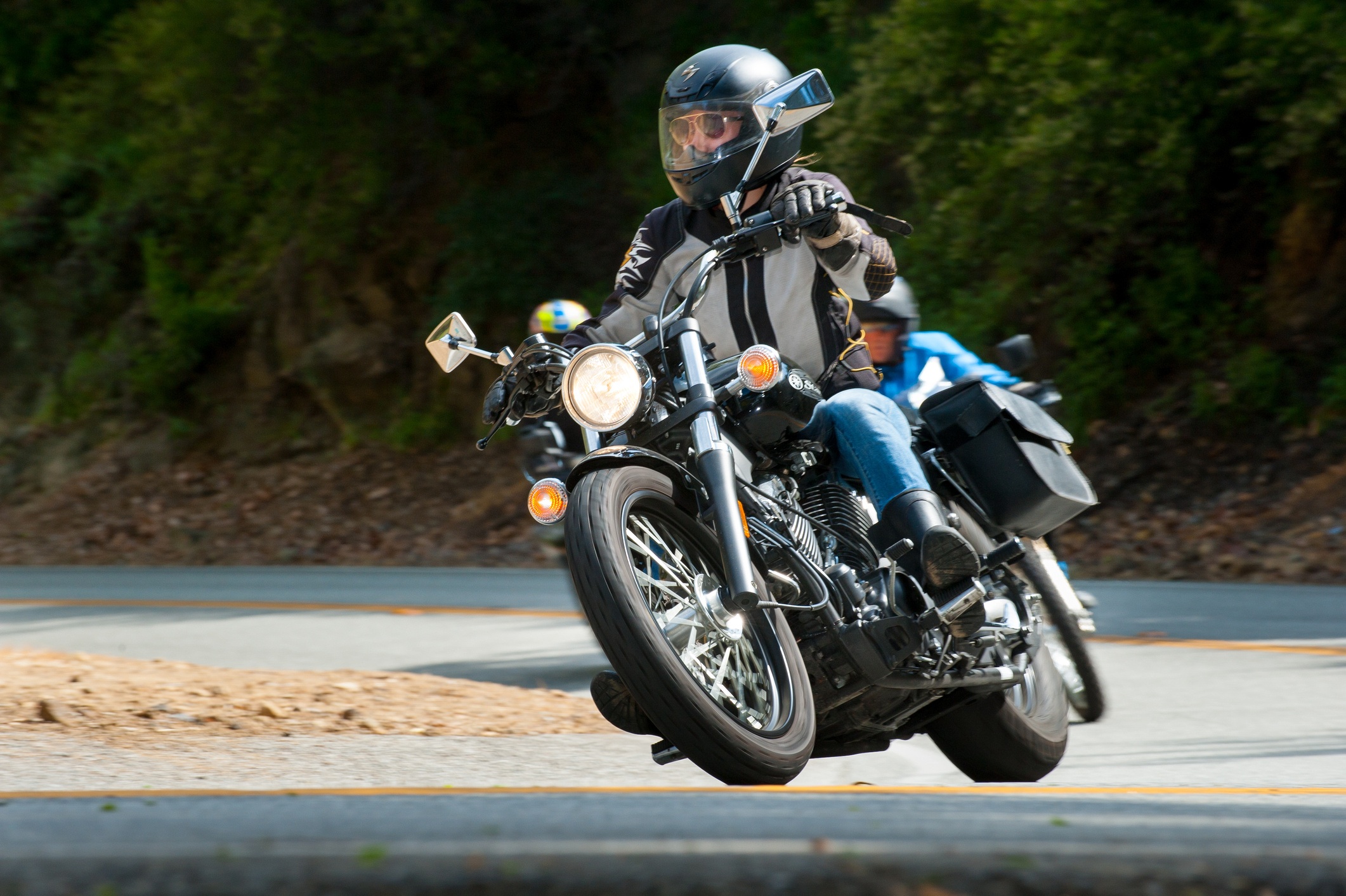 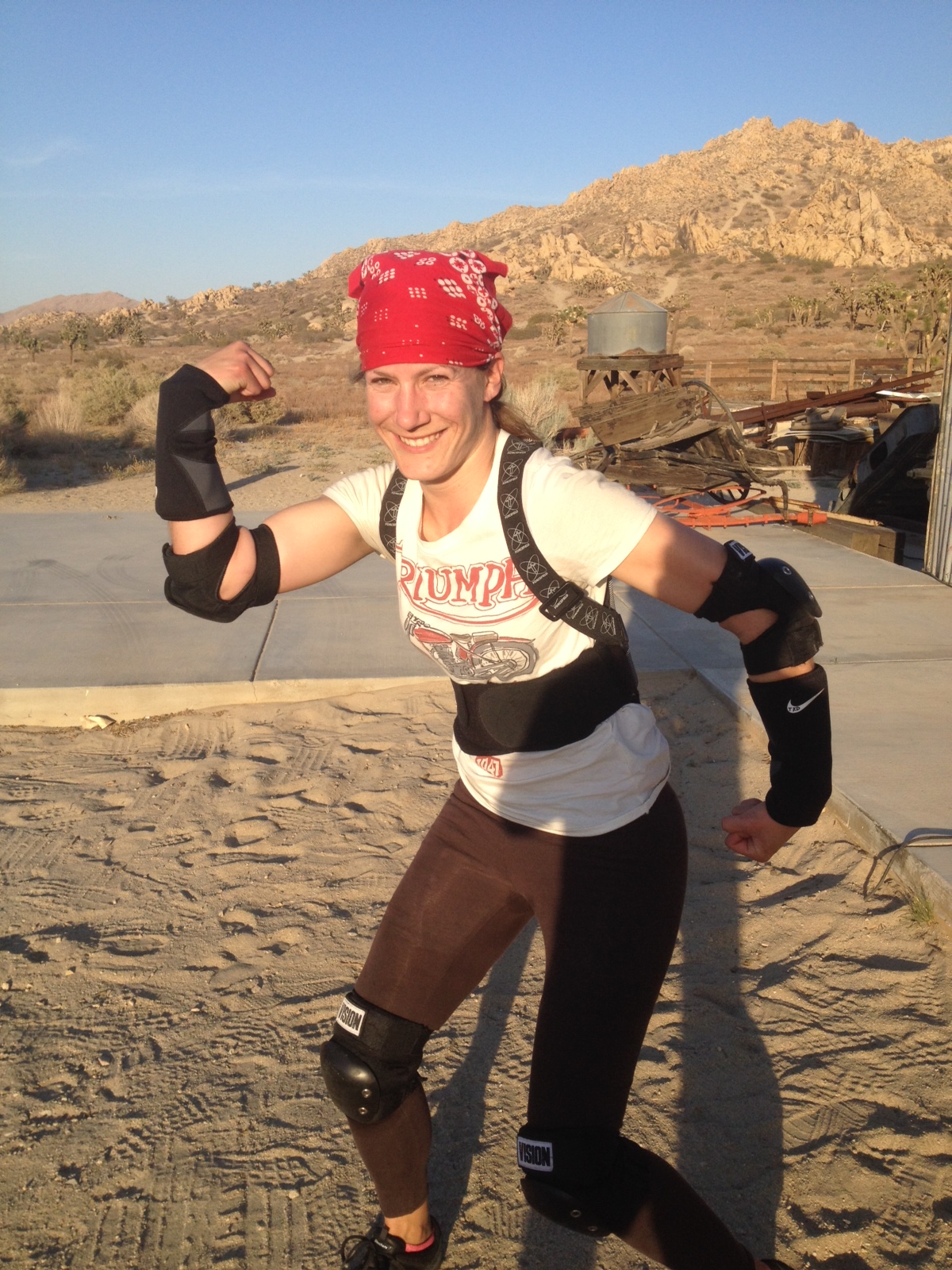 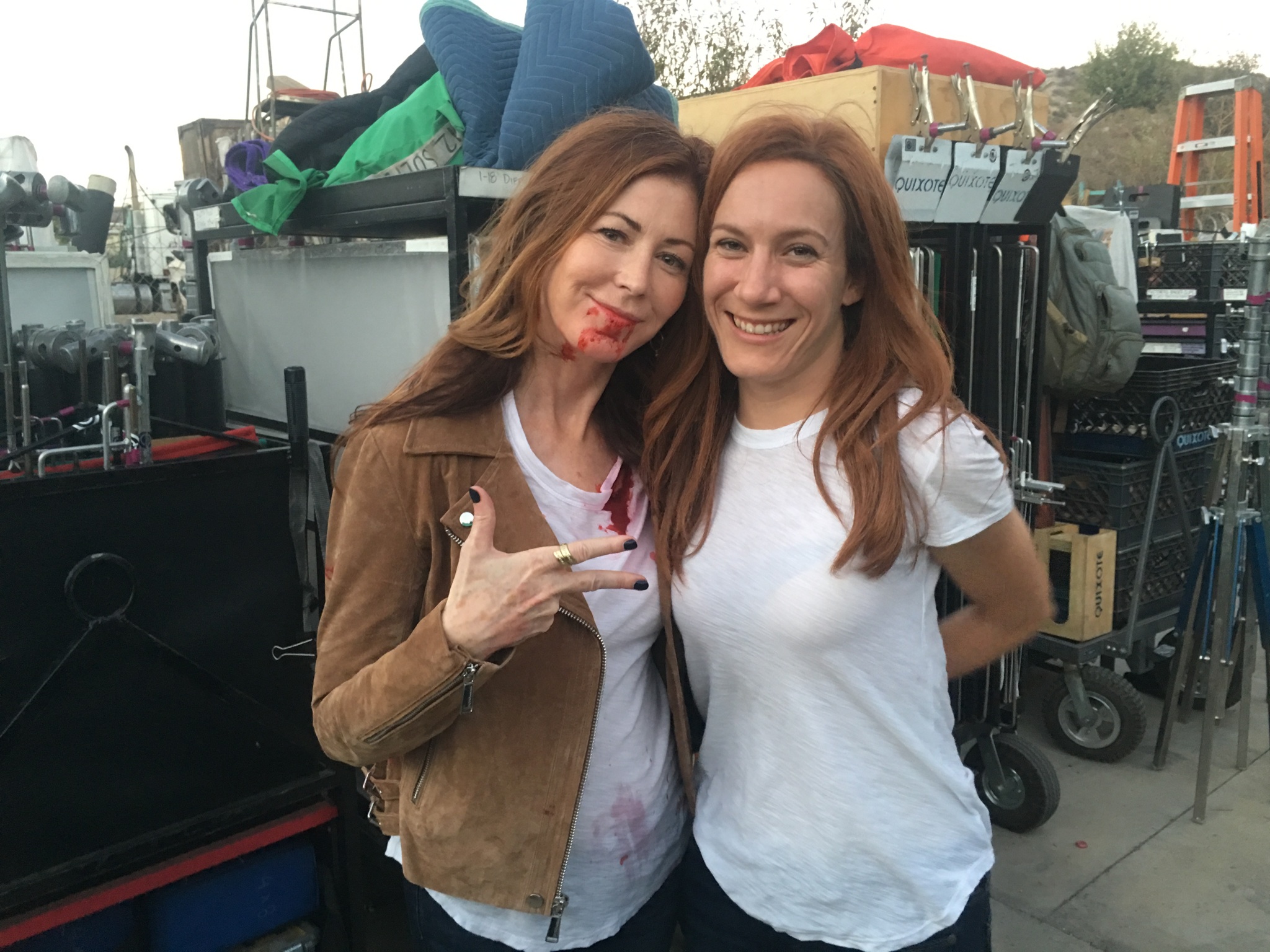 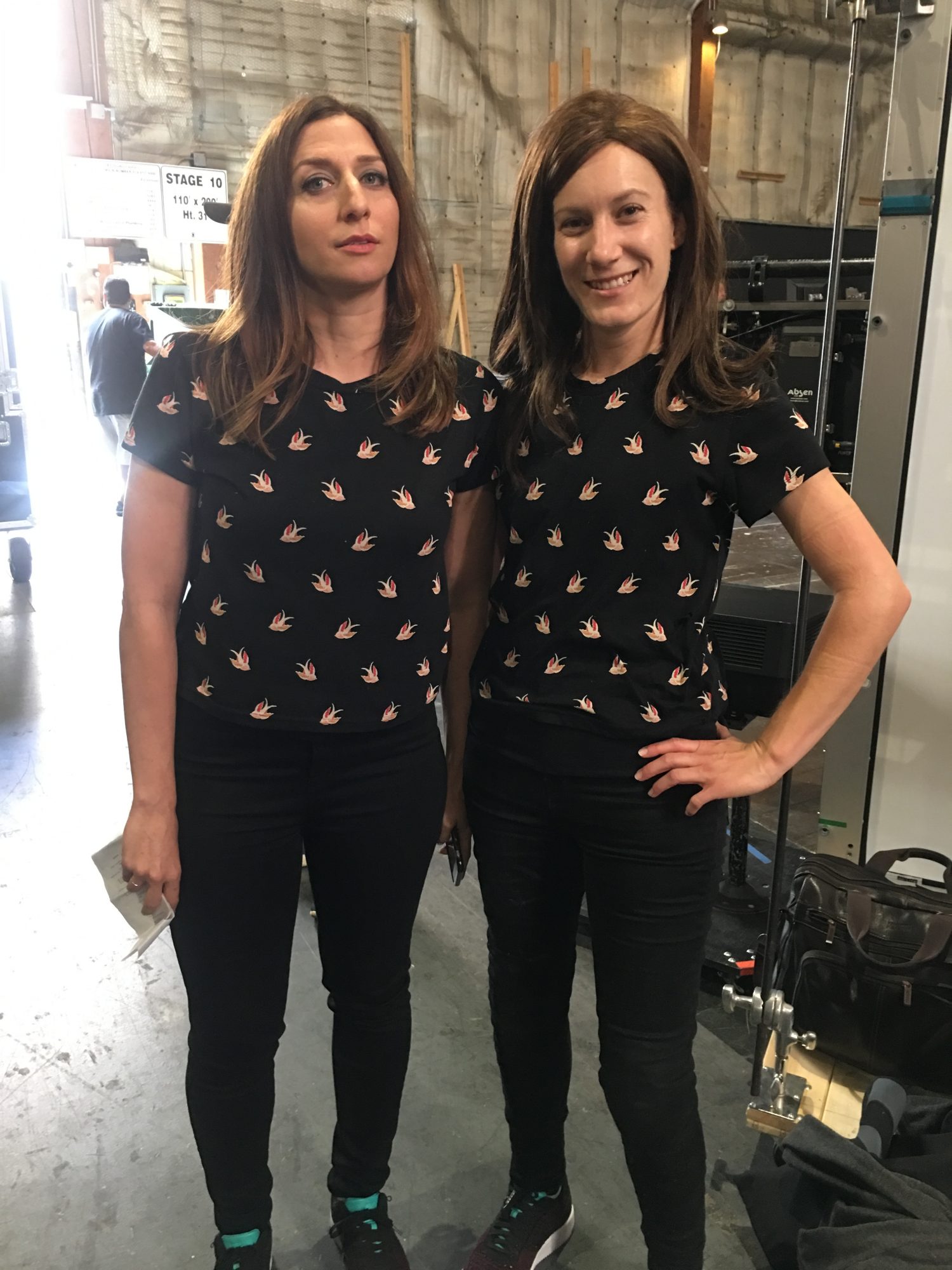 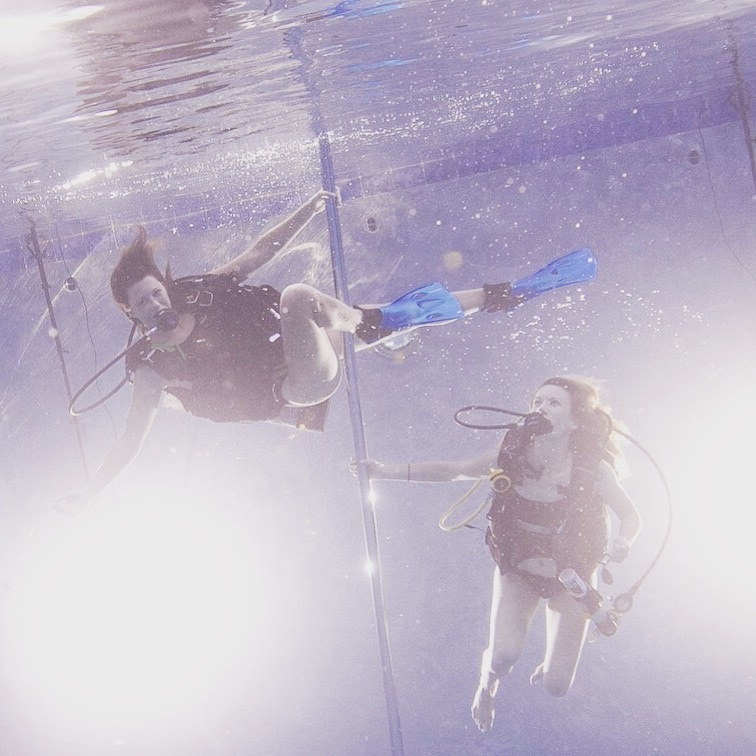 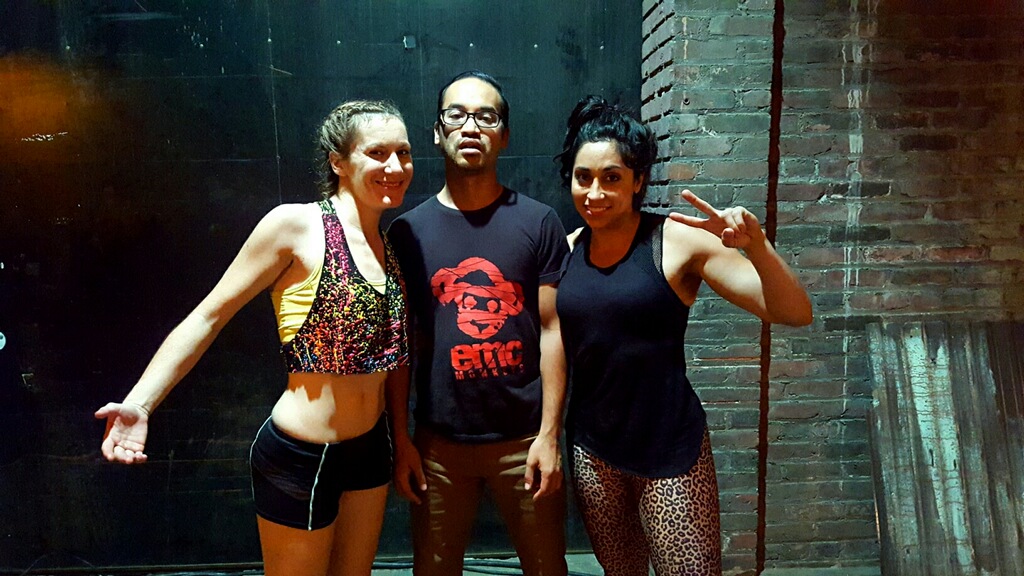 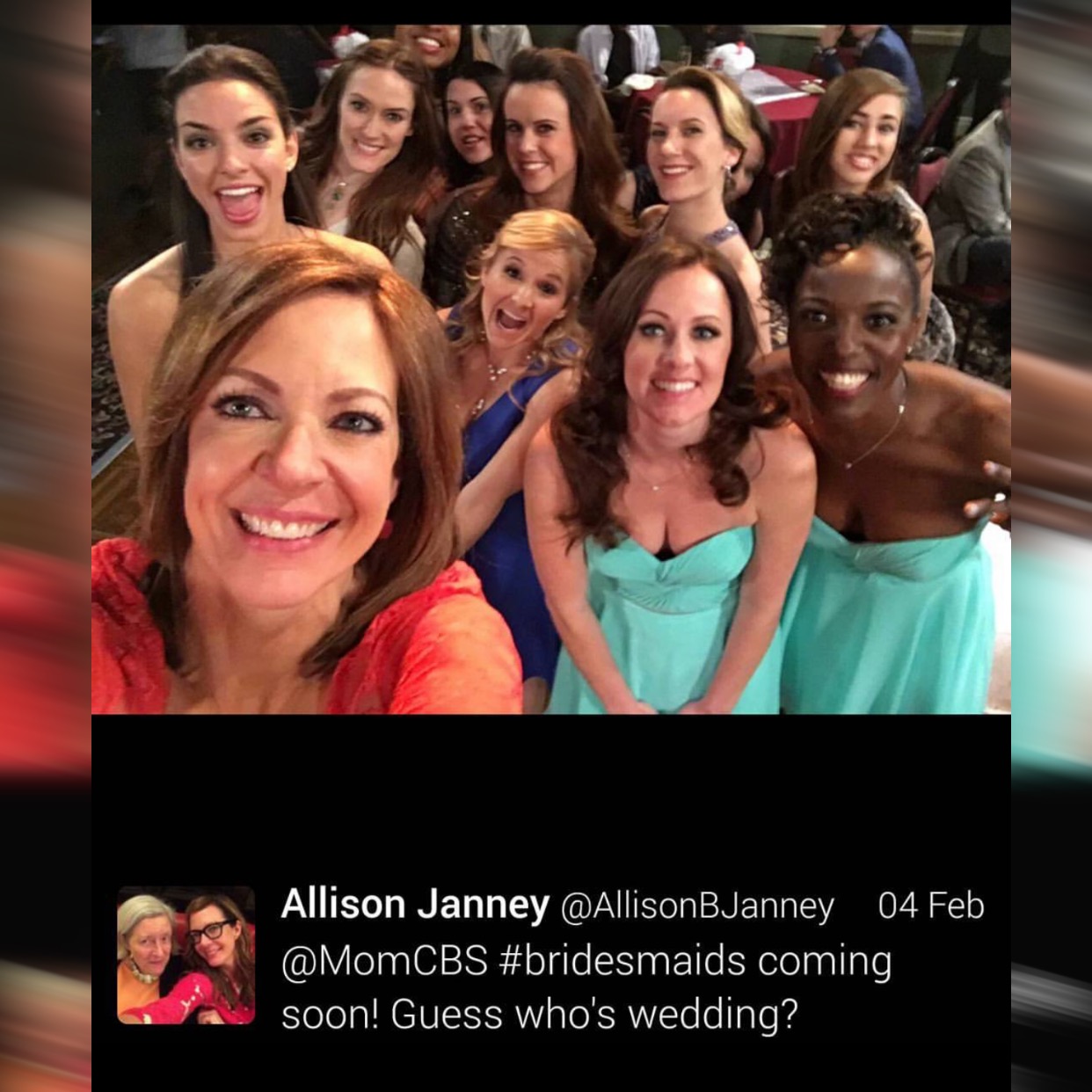 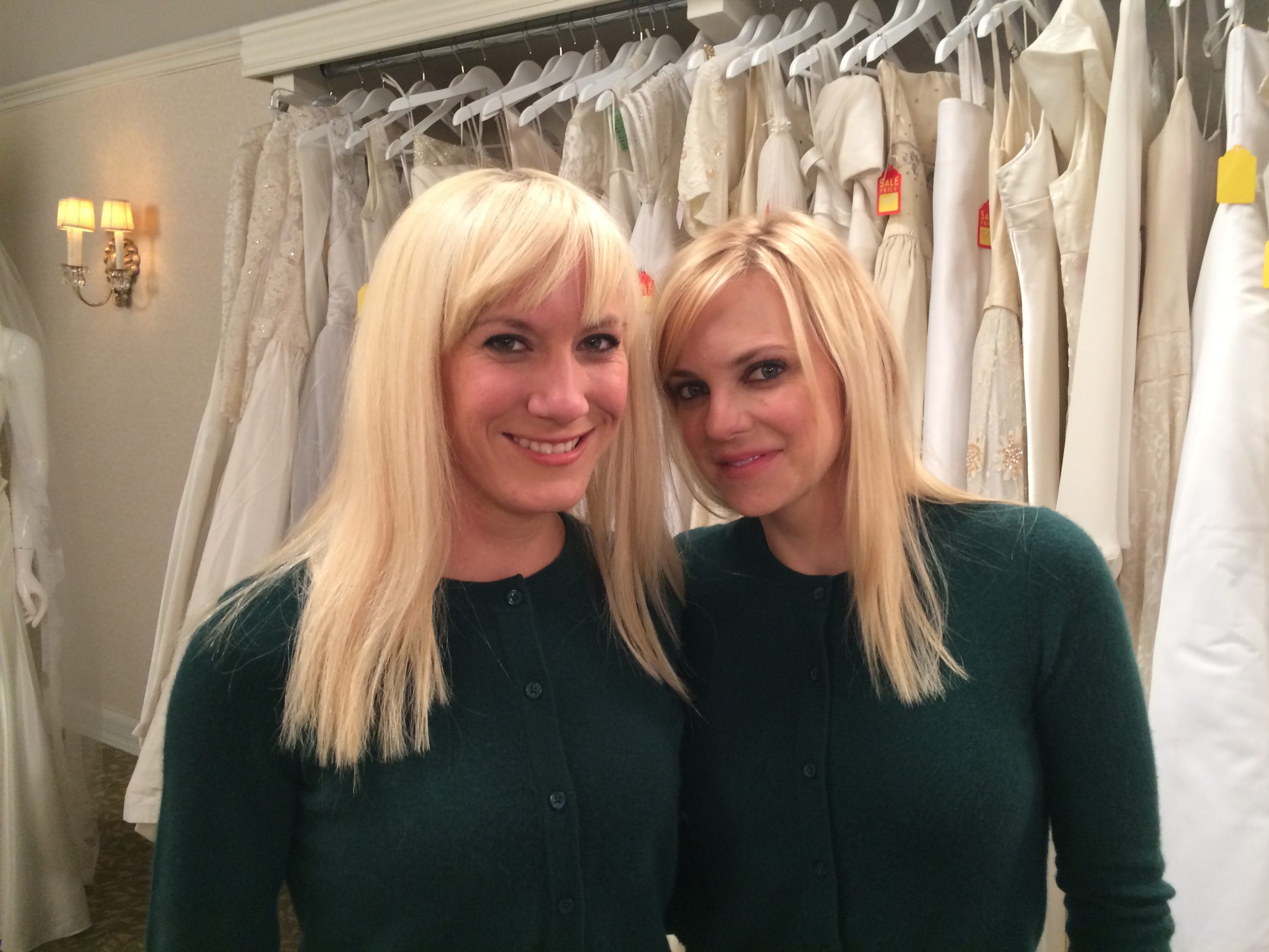 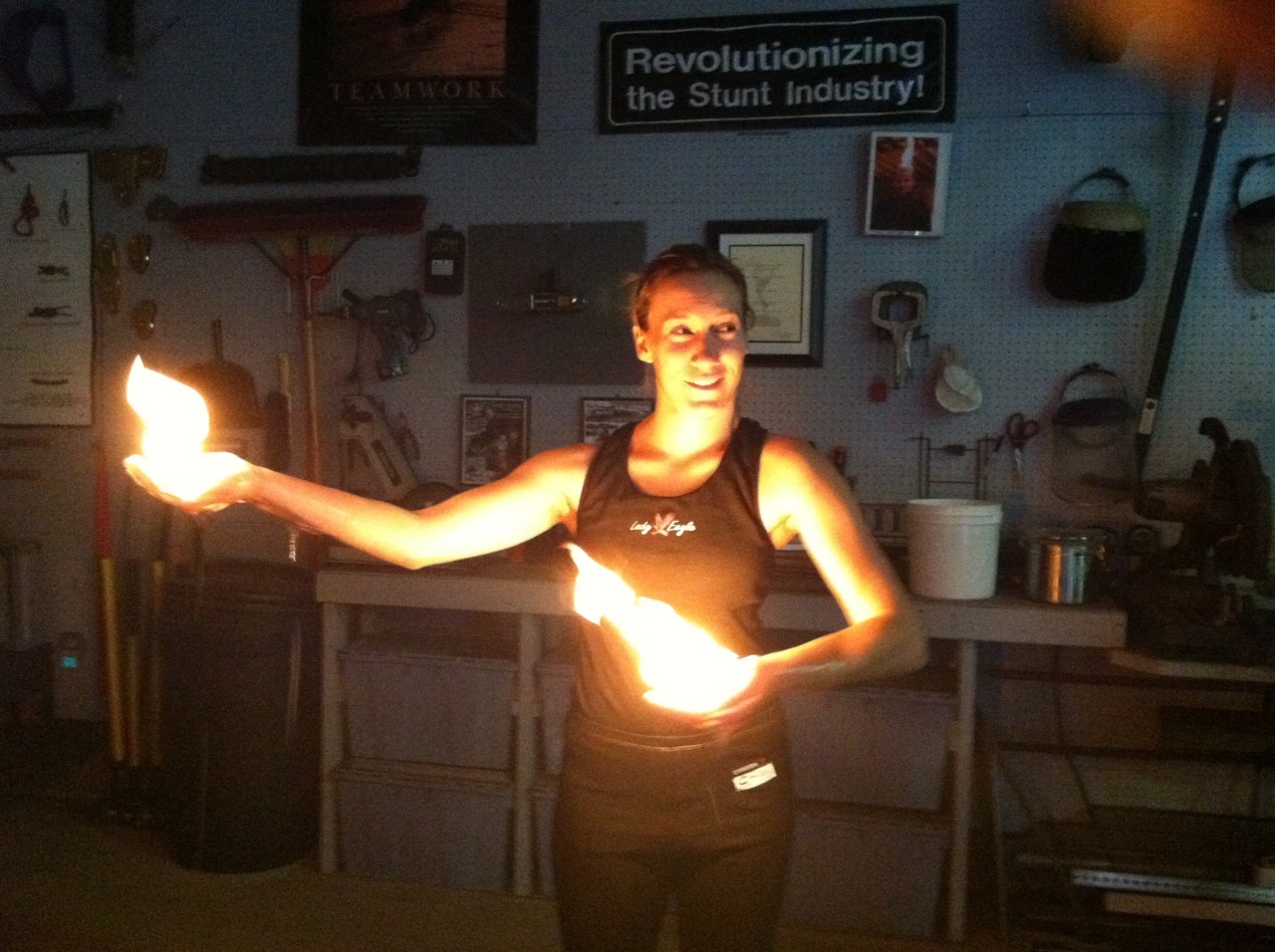