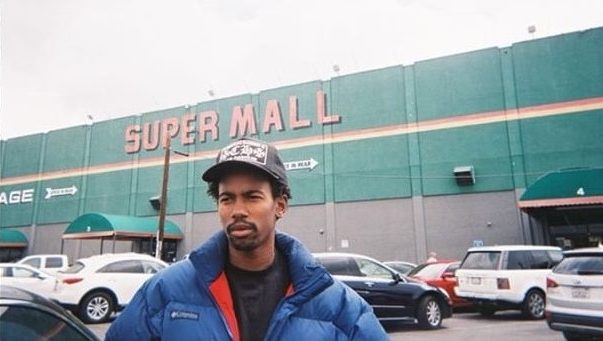 Today we’d like to introduce you to Taj Francois.

Taj Francois, please share your story with us. How did you get to where you are today?
I’m from “6th Ave & Florence”. South Central, LA. I started to design clothes in 2006 with my friends Travis & Branden we all had skate brands. We all had our own brands, grabbing alot of direction from blogs took photos video & shot look books. The Ice cream team def influenced this… Making your own streetwear brand/skate team in middle school. Heavily influenced by — NERD, Kanye, Lupe. Moving around the city, sneaking on the bus going to parties North of the ten freeway. Alot of skating. Alot of early creativity. I played alot of sports mainly at Van Ness Park, I love sports. I was pretty good at everything and my dad thought high schools in LA weren’t really good & wanted me to go to college, So I had to move to Lake Forest CA with my grandma for high school visiting LA back and fort on the weekends. Going to this school complimented everything I was already doing in LA before high school. Showed me different lanes & structure for creativity. My dad wanted me to hit gold playing football. I wanted something more free after my senior year 2012.
I started dj’ing around 2014 off virtual dj, I used to want to listen to alot of chopped in screwed in middle school and make my own. So thats really my first time trying to dj. But yeah I made about 30 mixes under “DRUG STORE PORNO” and some cool cover art. I was in the short time i was in college & was bored. I turned that into a small project I had been previously thinking of called “Cabbage Magazine”. In 2016 JAN. I wanted to make content and dump alot of art, mixes & zines into a platform just to express my self, started focusing on zines more. That was fun i produced a good amount of Cabbage Magazines, attended multiple book/zine fairs cause whats the difference. Keeping the true nature of promotion & sales i only sold the zines in public. Maybe 100 are out there.

Working with a brands marketing consultant, art direction, production, styling, casting, artist relations. I started to gain knowledge of how to execute these things. Producing my own art show for a friend from Paris. showing at numerous Zine fairs in LA, NY, London & Paris & within the last year – 2 photo shows Paris, LA, & my first official art show I showed my graphics from 2016 “M1 M2 M3”. All these groups shows with established artist. I started the Black Artist Party in 2018. Thats when I made the bLAck hat. The black LA fitted that reads “Black”. We also made the blAck for Atlanta. The EboNY & EbonNYics for New York. My idea for this wasn’t just to sell apparel & go that streetwear route for this is was much more. It is much more. It turned into the Black Artist Party around September. Using baseball aesthetics. The profit from hats go into a fund to support local LA & non-LA artist, musicians, rappers, skaters, all mediums. To buy, produce & create to their benefit through sales. SEE PHOTOS BELOW.

For us to produce art shows & to highlight our Black creative community in LA. As well as shine light on all identities & ethnicity. You don’t have to be black. Then I made the Latino hat as well. To symbolize solidarity — which I feel the lack of in LA between black & Latinos. April 22nd we The Black Artist Party hosted an art showing/performance in Mid City. About 250 people showed up. I booked Chill as fuck, Black mike, venture & Mike from NYC. Showed work from 5150 mimi, Rag Maranda, Sideshow 27, & photos by Castro. This lead to The Black Artist Party producing two showcases at the Regent Theatre for LA artist to provide a professional platform to book & pay, upcoming artist. Six Sev, Yung Kazi, Black Mike, Tony Starks, HOOK, Avalon Lurks, Santana Ali. We produced BLACK GIRL SUMMER as well which was the first-ever LA curated all Black women event featuring host & dj’s from the city. Since April we have consistently produced 4 events. We will officially drop the BLACK ARTIST PARTY hats & website this October/November.

We’re always bombarded by how great it is to pursue your passion, etc – but we’ve spoken with enough people to know that it’s not always easy. Overall, would you say things have been easy for you?
Roads? You gotta understand a road, study a road, examine it, then when all the tools are together you start to do construction & lay down gravel, rolling over bumps, new signs, new paint. Thats the stage I’m in. The road is demolished & traffic will be on hold until its repaved. I try to stay never satisfied.

Please tell us more about your work. What do you do? What do you specialize in? What sets you apart from competition?
The black artist party. Our main goal is to support worldwide black & Latino artist (not exclusive too) work with artist & groups that want to join together & make cool stuff, produce cool parties, cool events, cool music, cool art, cool clothes. I’m known for getting it done. Doing it. We are known for our hats & our progress to keep providing spaces for creation & ideas. I can’t do everything alone.

Literally, I have friends that make art that want to do a show but can’t, so I try to fund as much as possible through the sale of hats to produce that show. Or through partnerships. Our out of my own pocket which has been done three times within the last year. We are not a stepping stone. We are a rolling stone. Everything can be collected & we can all move together.

We have ideas to bring community & information together. We want to turn into the biggest creative community of allies & black people in the world. We go to Paris to produce an art show for the black artist there that aren’t being noticed by the gatekeepers and curators & influencers. We did the same in Los Angeles. We will do it in London, New York, Nigeria & Canada, Atlanta, Chicago, Maine, Italy. Where there is a black artist wanting a platform I am here to provide that in the most way. It’s very hard to explain not in person or on phone. BUT EVERYONE WILL GET THE FULL PICTURE IN OCTOBER.

What were you like growing up?
I have always had very good style & a pure spirit (: 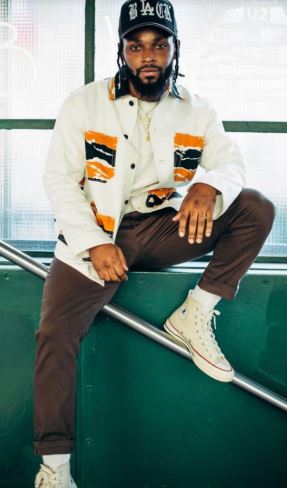 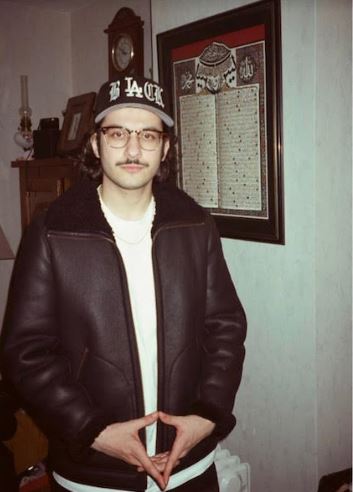 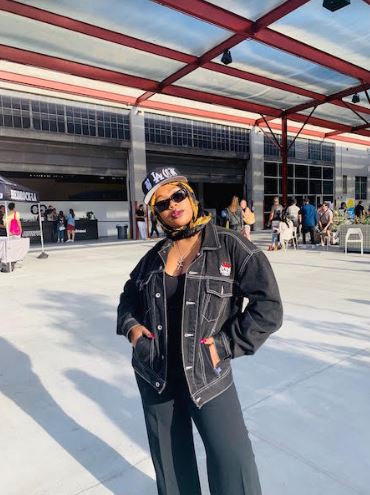 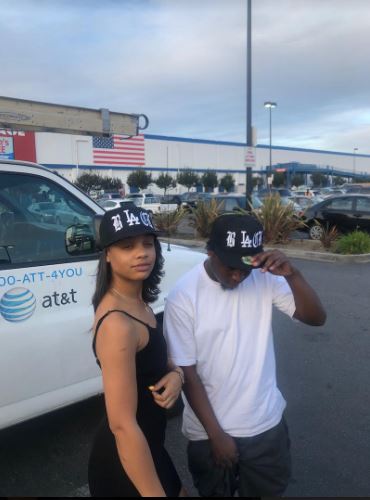 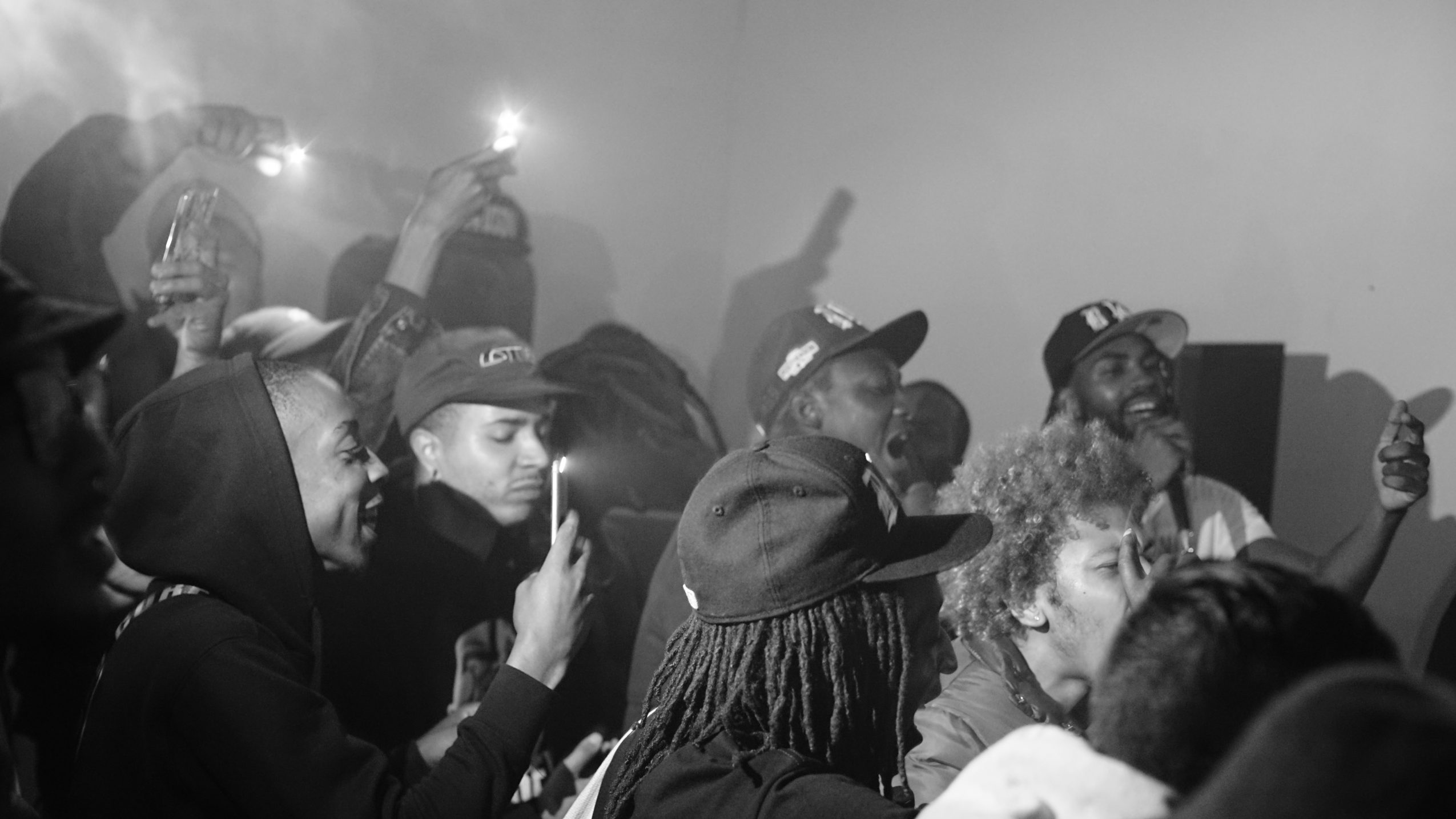