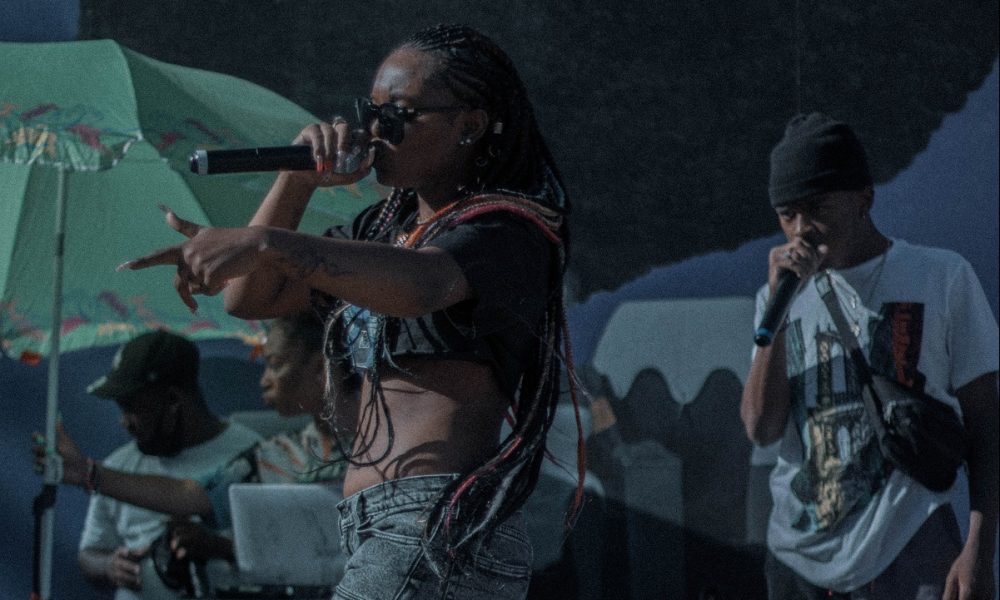 Today we’d like to introduce you to Tai Jones.

Hi Tai, so excited to have you on the platform. So before we get into questions about your work-life, maybe you can bring our readers up to speed on your story and how you got to where you are today?
I grew up in Inglewood, California with my mother and younger sister, July. Growing up, I attended performing arts schools. I attended Loyola Village Elementary, Marina Del Rey Middle School, and Hollywood High School. Music found me as I like to say. I was introduced to the recording studio at the Boys & Girls Club of Venice, where I would attend their after school care in Middle school, and got the opportunity to “spit some bars” on a band’s record called “Money doesn’t matter.” Since that day I’ve fell in love with the art of music and all its many forms of hip hop. High school gave me the support to further my interest in music. I recorded more and even landed an opportunity to be in Music Forward Foundation’s 2016 UForward program, landing me on the biggest stage I’ve yet to perform on The Wiltern Theatre. Fast forward eight years later and music won’t let go.

Alright, so let’s dig a little deeper into the story – has it been an easy path overall and if not, what were the challenges you’ve had to overcome?
The road to anything worthy is never smooth. Between the many no’s and lack of support the road has been one of many challenges. Artists like myself lack the support to push a career off and without that support sometimes it’s hard to even believe that you have the potential to gain a nationwide of fans who will eventually buy into everything you sale. The challenges and obstacles that I’ve faced have mainly been with finding a network of people who all pour into each other and invest into each other. Those types of networks can extremely push an artist. If the videographer in the group is directing every video released, when the artist thrives so does that videographer. Look at Da baby and Reel Goats. That’s what happens when a partnership is created with the authentic willingness to grow together. Artists produce and put out music/visuals for free but have to pay for studio time, masters to the instrumental/beat, pay to put out the song on these digital platforms, pay for cover art, and the music video itself is a whole separate budget. Without seeing half of that back in the start-up of a career. That means the artist has to hustle on the streets and/or at a 9-5 to be able to maintain their artistry.

Thanks for sharing that. So, maybe next you can tell us a bit more about your work?
2Tai pierces the audience with conscious lyrics that speak on pain, experiences, emotions, hustle and ambition. The style within itself is shy from what we see from our billboard female artists, such as Cardi B, Mulatto, Beyoncé, etc. 2Tai believes in women’s music selling without sex. Dej loaf definitely is a female artist that represents that same module. Clothing not defining what female rap embodies. 2tai specializes in spreading light to women’s entrepreneurship and independence. “I am most proud of my 11 months old business, KushhKit. I took an expensive hobby and made it lucrative. I didn’t want to start any business that only catered to the women’s eye but also the men. KushhKit is used by the young, the old, the hip, and the hop. KushhKit is the essentials you need to roll your weed all in 1 box. Though I knew what audience I wanted for a future business, KushhKit fell into my lap one evening. With the support of my family and friends, KushhKit is a thriving business to this day.“

Can you talk to us a bit about happiness and what makes you happy?
Mac n Cheese from scratch honestly makes me the happiest person in the world! It’s something about the how long it cooks, how warm it tastes, and how hot it’s served. Reminds me of music. Songs take time to create layers and layers of tracks. Then you get this record that fills your soul that’s served HOT! Hot and Fresh!! Yeah Mac n Cheese makes me happy! 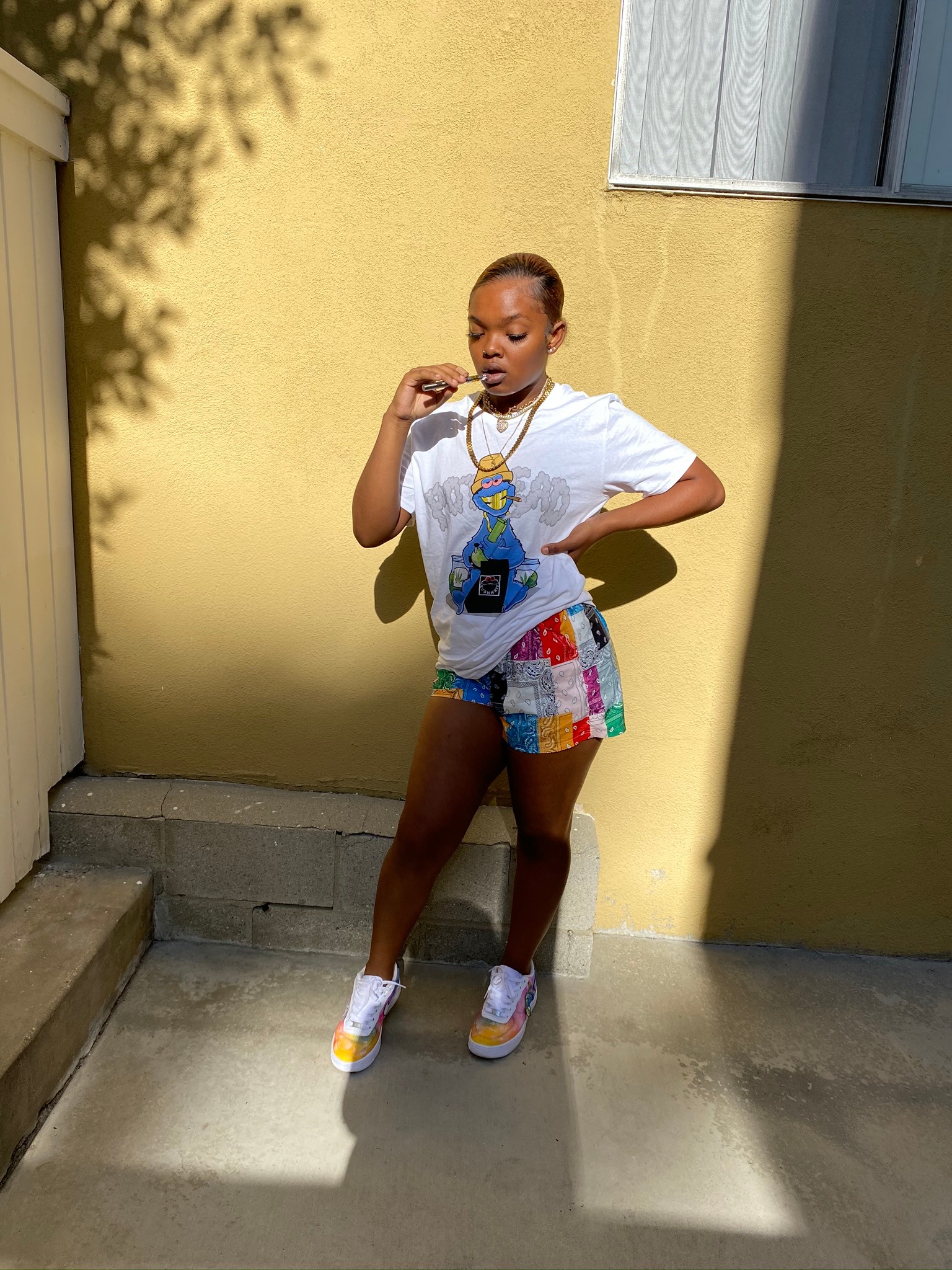 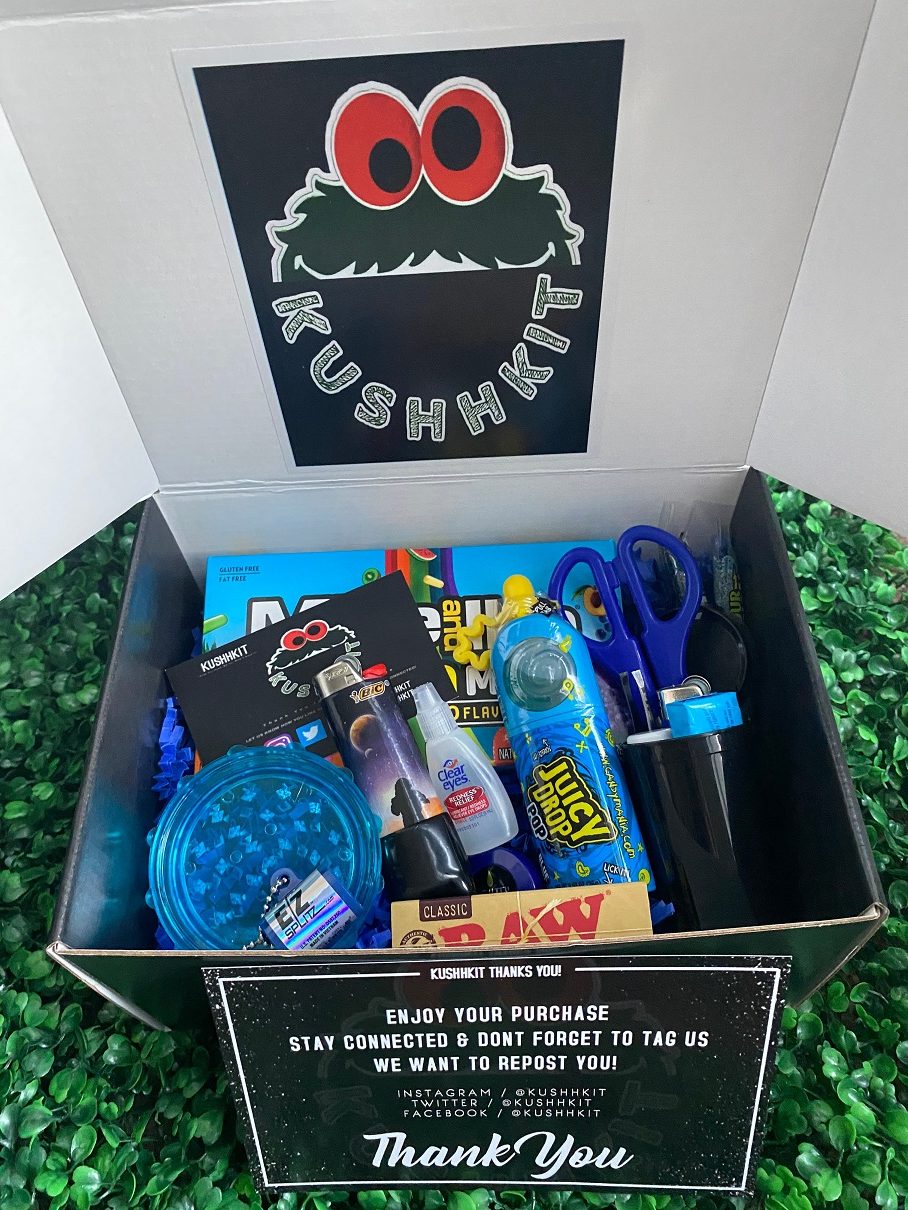 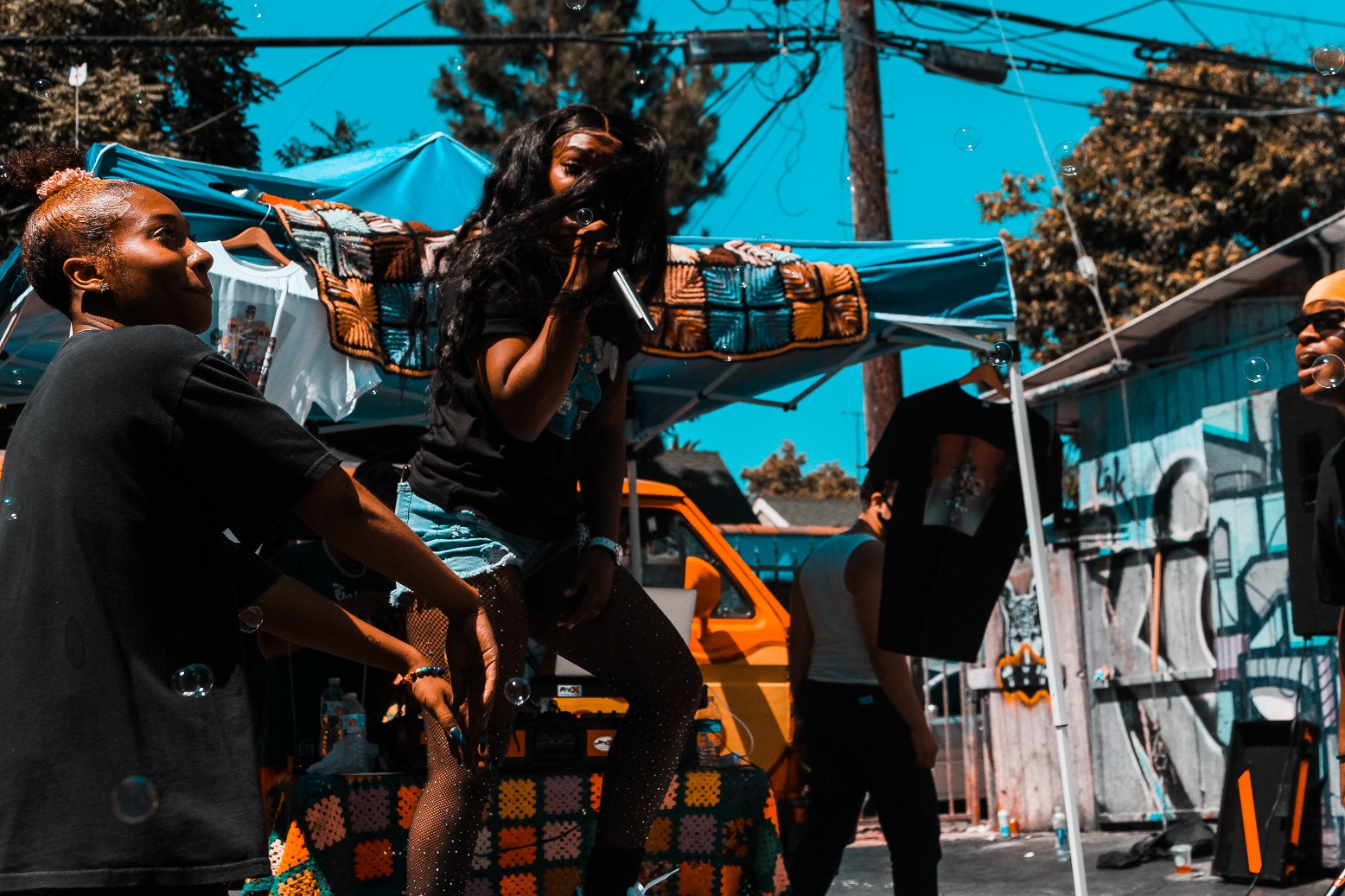 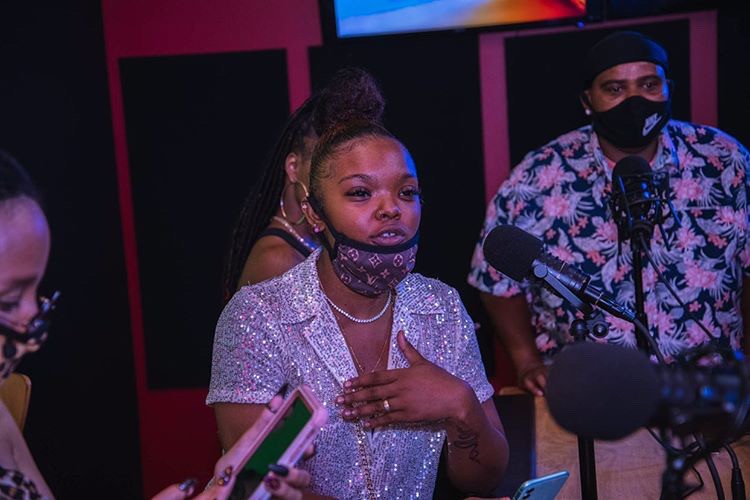 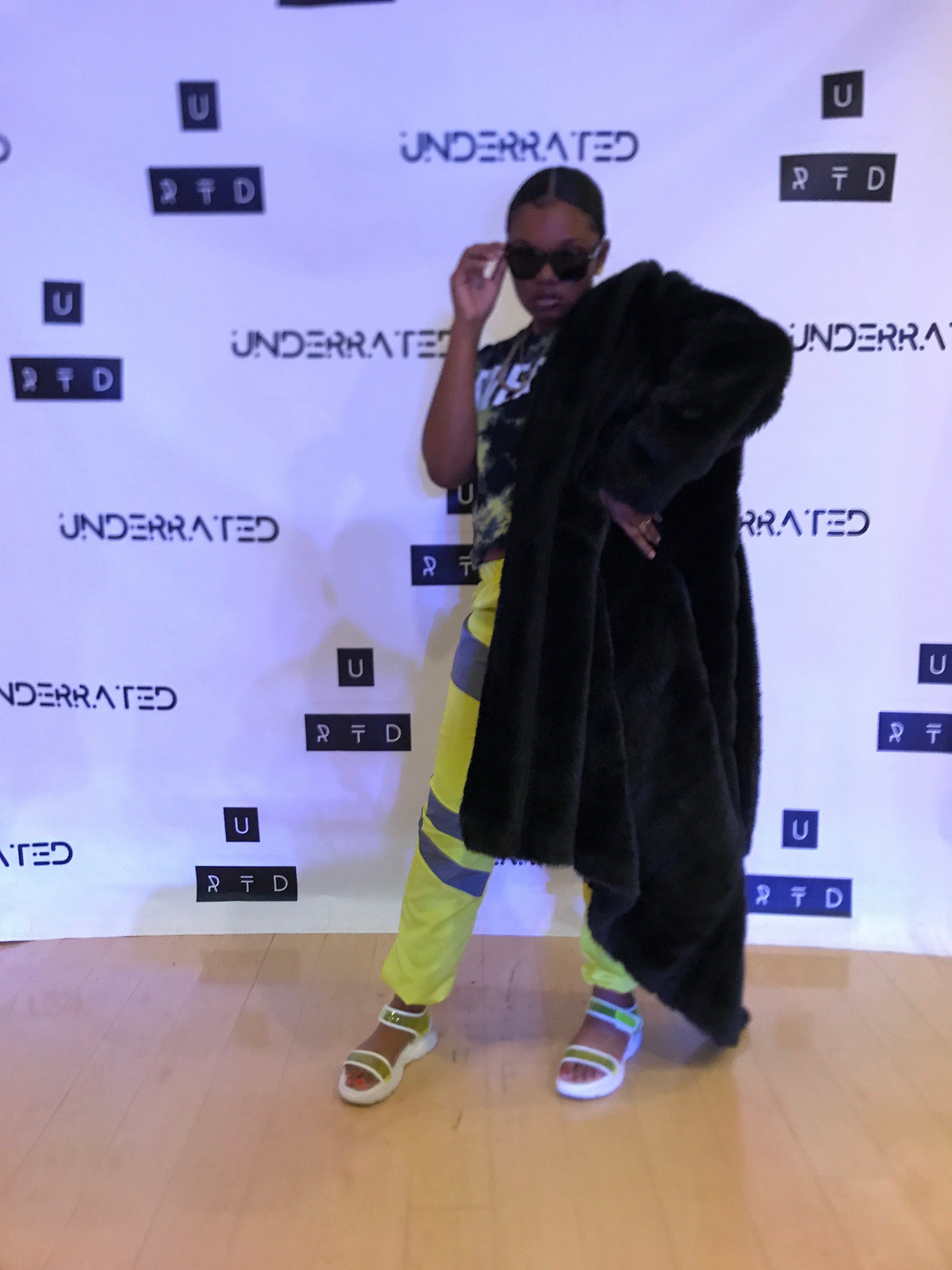 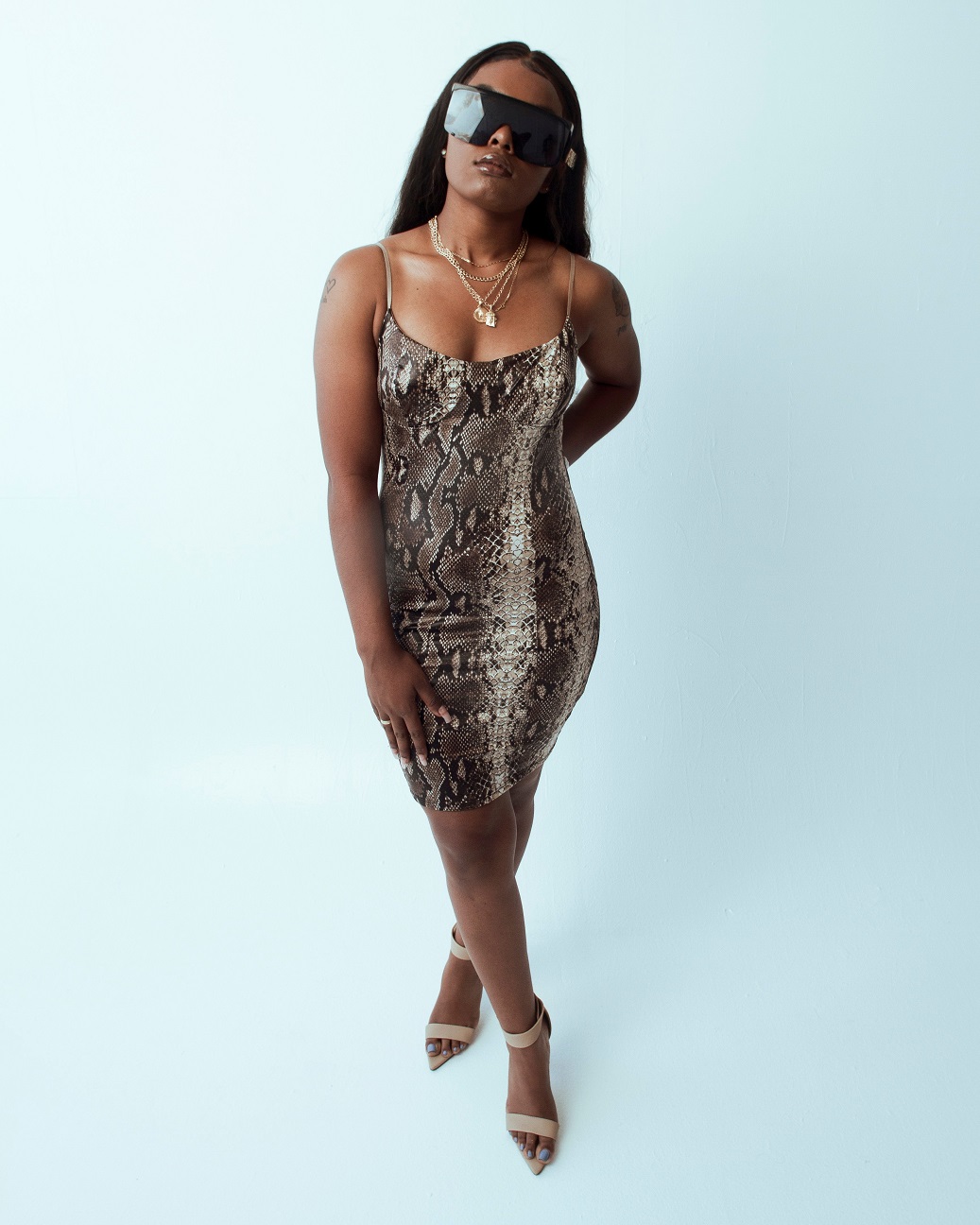