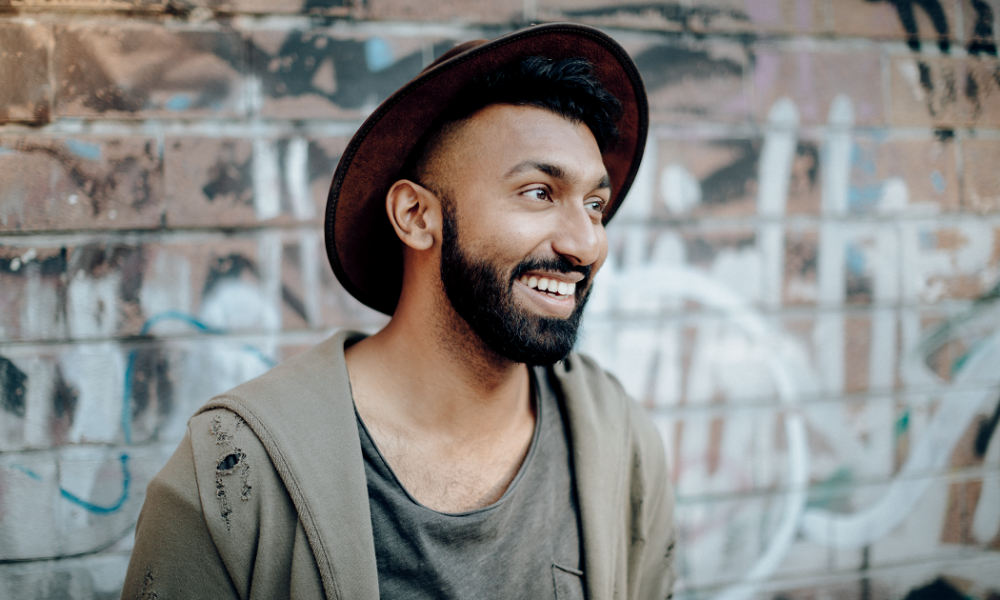 Today we’d like to introduce you to Jens Jacob.

Jens, please share your story with us. How did you get to where you are today?
I grew up in a pretty conservative house, wasn’t allowed to watch movies as a kid. Being Indian didn’t help in this department either as there were some pretty predetermined career paths that I could take that were “safe” and what the community deemed to be successful. I wasn’t one to listen to my parents if something didn’t make sense, I think I was pretty vocal about it. In some ways, I wonder if that’s what influenced me into this space. I wasn’t particularly great at school but was always a hustler loved business, creating and the art of making money. I remember once buying candy from the dollar store and selling it for $2 at lunch… I think my story really starts when I got my first computer. I won it at my middle school as part of some initiative for kids that needed it. I just remember as a kid not being that great at school but loved learning about my computer. I would go to the local blockbuster and get one of those AOL free trial CD’s to get on the internet, and just spend hours consuming and learning things. I think that’s where my creative bug bit me. I downloaded and played with things like windows movie maker, photoshop, premiere, etc… This isn’t your typical story about how a kid got his hands on an 8mm camera. I think my first camera was a Sony point and shoot and it was the first time a camera like that did video. I remember, given all my new found skills, we started making home videos. My cousins and I started messing around and we would pull pranks on each other record them. I put it together. I still remember it like it was yesterday and we had a little viewing party with all my cousins and they were laughing the entire time. Afterwards, my cousin, Chachi came up to me and said you should do this for a living! I don’t know if I ever had that kind of verbal affirmation prior to that. My life was forever changed in that one line. In high school, I started making promo videos for college parties for promoters and became the “go-to” and became my side hustle. I started entertaining the idea of really taking this seriously so I told my parents I wanted to apply to NYU to pursue a film degree. They kind of laughed at me and didn’t feel like it was a real degree/career. Ultimately I felt like we’ll if it didn’t matter if I got a degree or not in the film and I wanted to do film I would just take my hand at it so I dropped out of college and move to LA to pursue the dream! I came to LA not really with much of a plan or knowing anyone. I just knew I couldn’t go back home a “failure” that drove me to not take anything for granted. I basically slept on a couch/futon for my first three years. I started interning / production assisting. Basically worked for free for people the first month just to find an in, learn and make relationships. That ultimately paid off as I met a few key producers that helped me understand what a producer does and ultimately know that’s what I wanted to do in the industry. My first year was music videos working on quite a few billboard artists’ videos. My second year was commercials. My third year was documentaries, fourth-year narrative. It almost felt like every year was a new genre of filmmaking, it felt like it was my film school. Worked from the ground up from PA to Producer within a year. In 2013 I started Sypher my production company. One of my first clients took me on a journey that would have me produce in 23 countries in one year, that we called “The World Tour”. From there, we did a lot of music videos and commercials which was great but felt supplemental to what I really came out here for which was to make films, which is what I get to do now!

We’re always bombarded by how great it is to pursue your passion, etc – but we’ve spoken with enough people to know that it’s not always easy. Overall, would you say things have been easy for you?
I don’t know if any road has been smooth for me, I believe its those struggles that ultimately shape you.

Convincing my parents that this was what I wanted to do and that I would be ok was probably the biggest challenge in my life. I knew they loved me and wanted me to be ok and successful but there was a limited spectrum of what that looked like based on what they knew and experienced. My parents have the traditional immigrant story not having much and coming to this country, and ultimately they didn’t want their kids to struggle how they did. We finally made a deal that I would continue to take online classes and just go for six months and then decide to come back if it wasn’t working… Which I wasn’t going to do just needed to tell them something for them to be ok.

I think my first six months were the hardest part about being out here in LA. Leaving the comfort and safety of home, not really knowing anyone in LA. Having a cupboard of ramen noodles that looked like you were living in a bomb shelter. I think the biggest obstacle came from feeling lonely in LA, that was hard for me to admit at the time its only something I recently came to terms with because I felt shame about that. It was hard for me as I am sure it is with most.

I have such a love-hate relationship with LA because it was the first place I came to where I felt like I was surrounded by so many likeminded people. It was a melting pot of people that were driven and probably felt misunderstood where ever they came from, but they all came here to fulfill a higher purpose. There’s no way that I would have achieved even 10% of what I am doing now anywhere else. There’s always a shadow side of that can be what gets stigmatized as LA being flakey but I’ve come to know it as opportunistic. People are just looking to fill in what will help them get ahead. I am fully a part of this problem which was why I felt it was important to be self-aware of it.

So let’s switch gears a bit and go into the Sypher story. Tell us more about the business.
I am a film producer by trade and an entrepreneur at heart. I started my production company back in 2013, called Sypher Films. I think we are most known for our branded content and short film work on Vimeo. I have gotten a chance to work with various companies from ESPN to Google.

We made the leap to original content with the release of our first film theatrically “The Heart of Man” that hit about 600 theaters nationwide. We are really proud of that! Since then have started a dedicated arm called Sypher Studios, an effort to fund and develop originals ranging from features to series. We currently have 12 projects in development! We have had the opportunity to develop and work with giants like Discovery, Lionsgate & MGM. Aside from that, Outside of filmmaking, I have been able to invest in various ventures including a small film studio on the east side, a few film/tech ventures and a few restaurants.

I pride myself on seeing something in people early on investing alongside them instead of having to go to the biggest names or the most experienced. I love working with directors & creatives I believe in, and humbled to see where they all are now!

Has luck played a meaningful role in your life and business?
Some call it luck, others call it God, the universe, nature… No matter what your background or beliefs. I believe that most people are talking about the same thing. I am not lucky, I am blessed. Grateful for every opportunity that presents itself. I know there is no way that I have gotten where I am by myself. I always think of it as the perfect storm of hard work, timing & “luck”. An executive producer at a company I worked at once told me that you should know 60/70% of anything you are getting into. That other 30% you have to fake the confidence that you will figure it out along the way. I think that’s the role of luck. You need it to meet in the middle of your actions and have faith that you will get there. 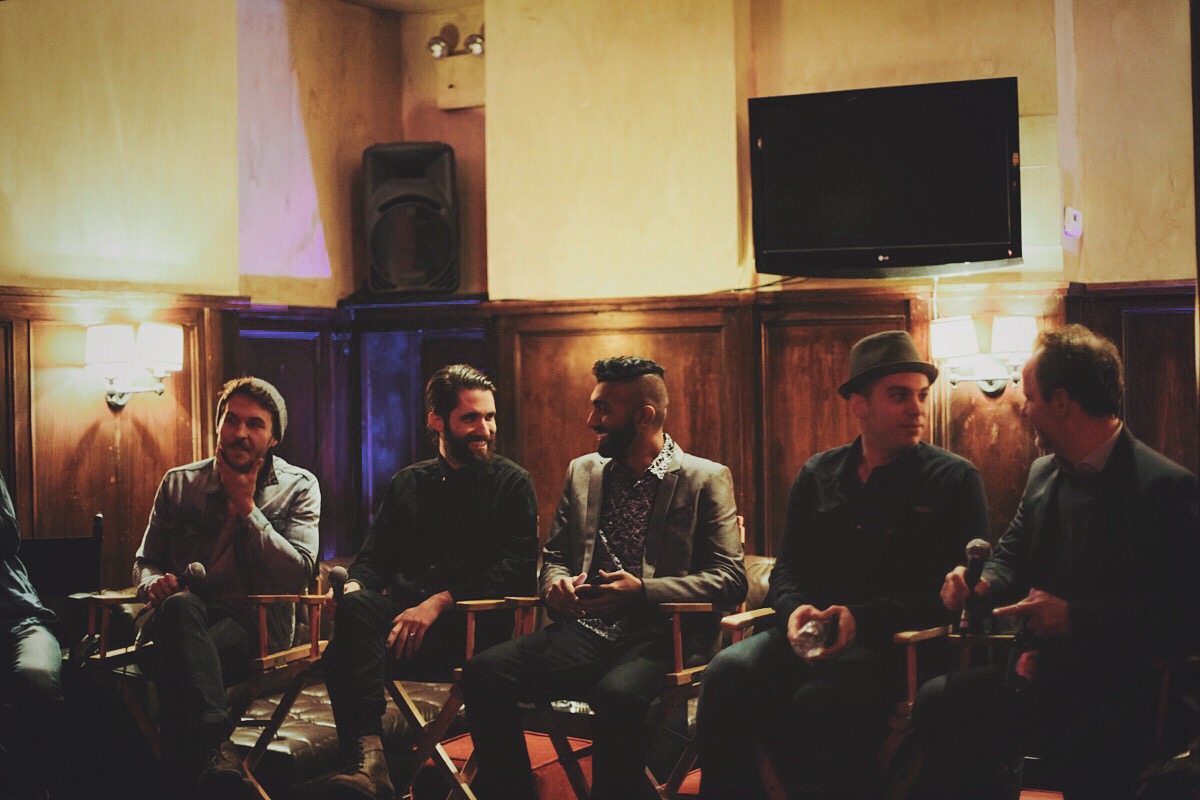 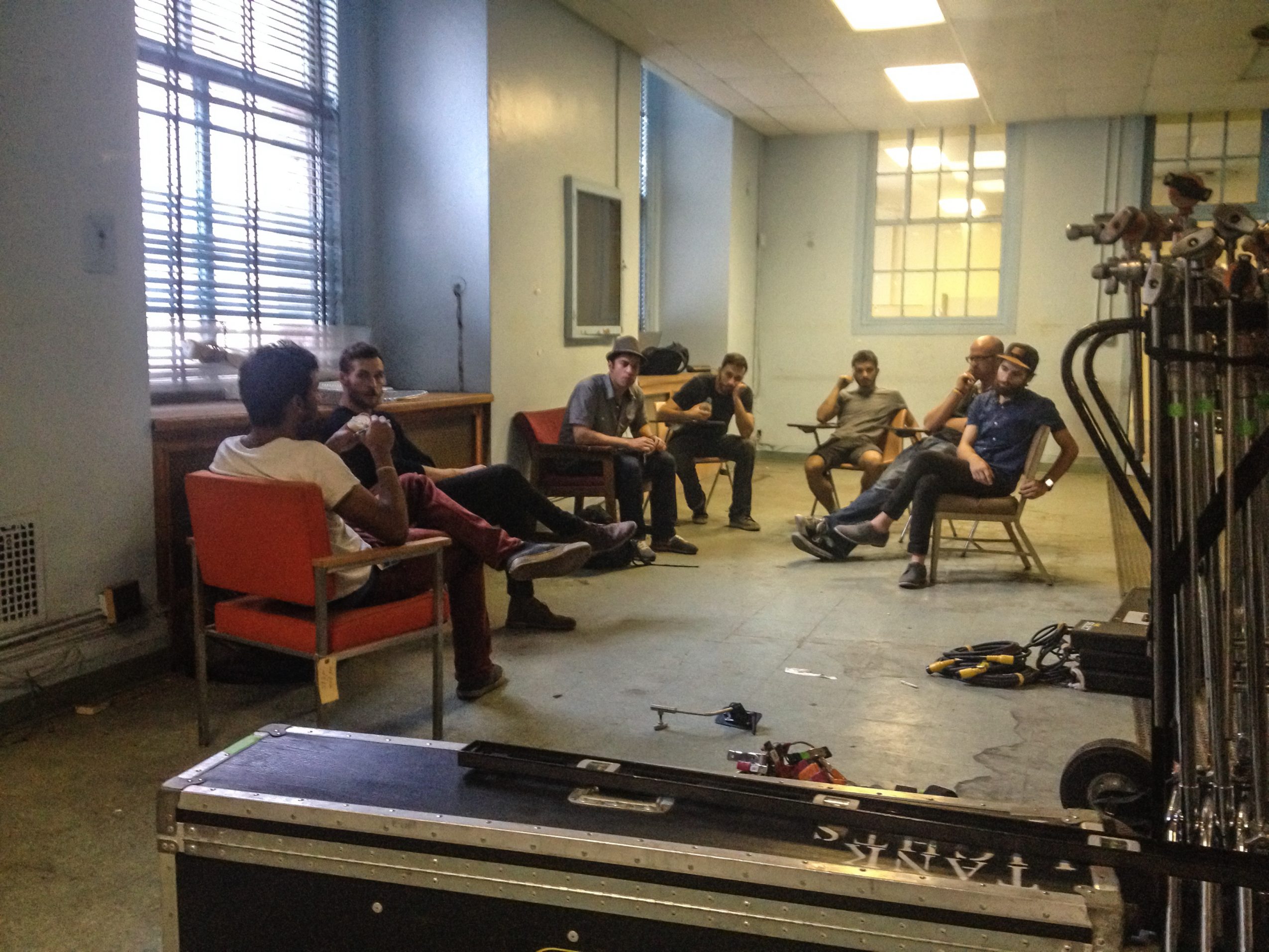 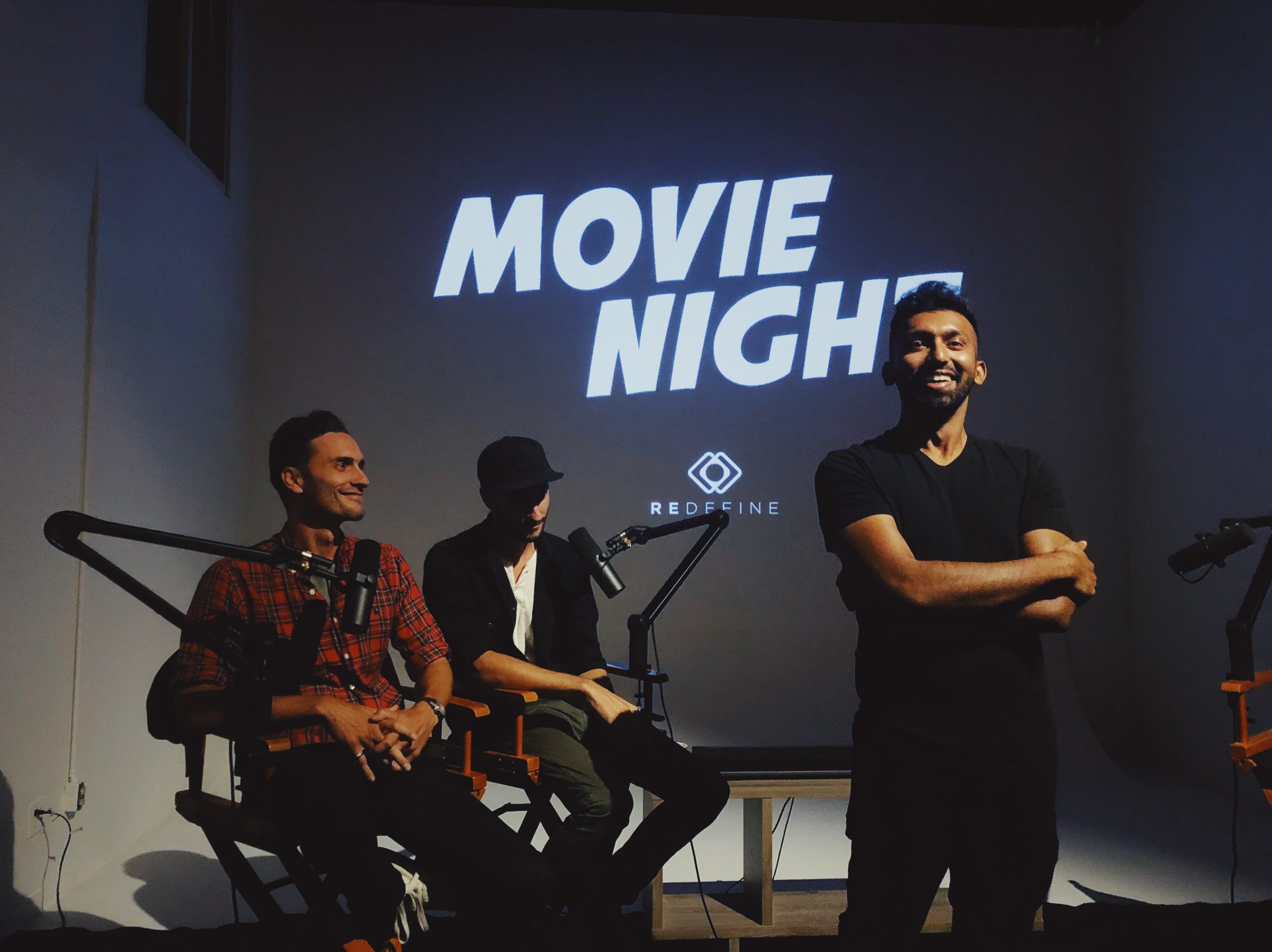 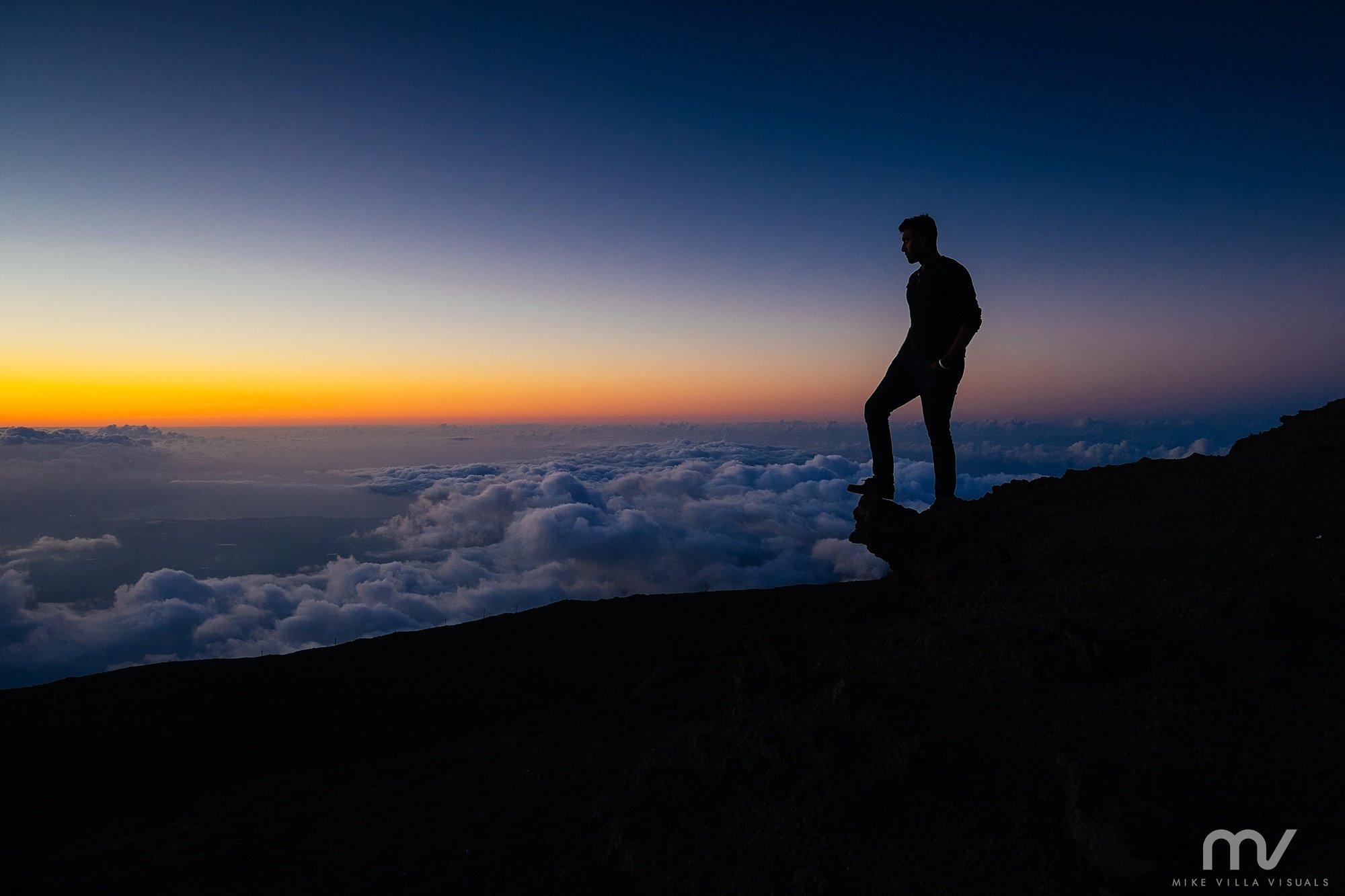 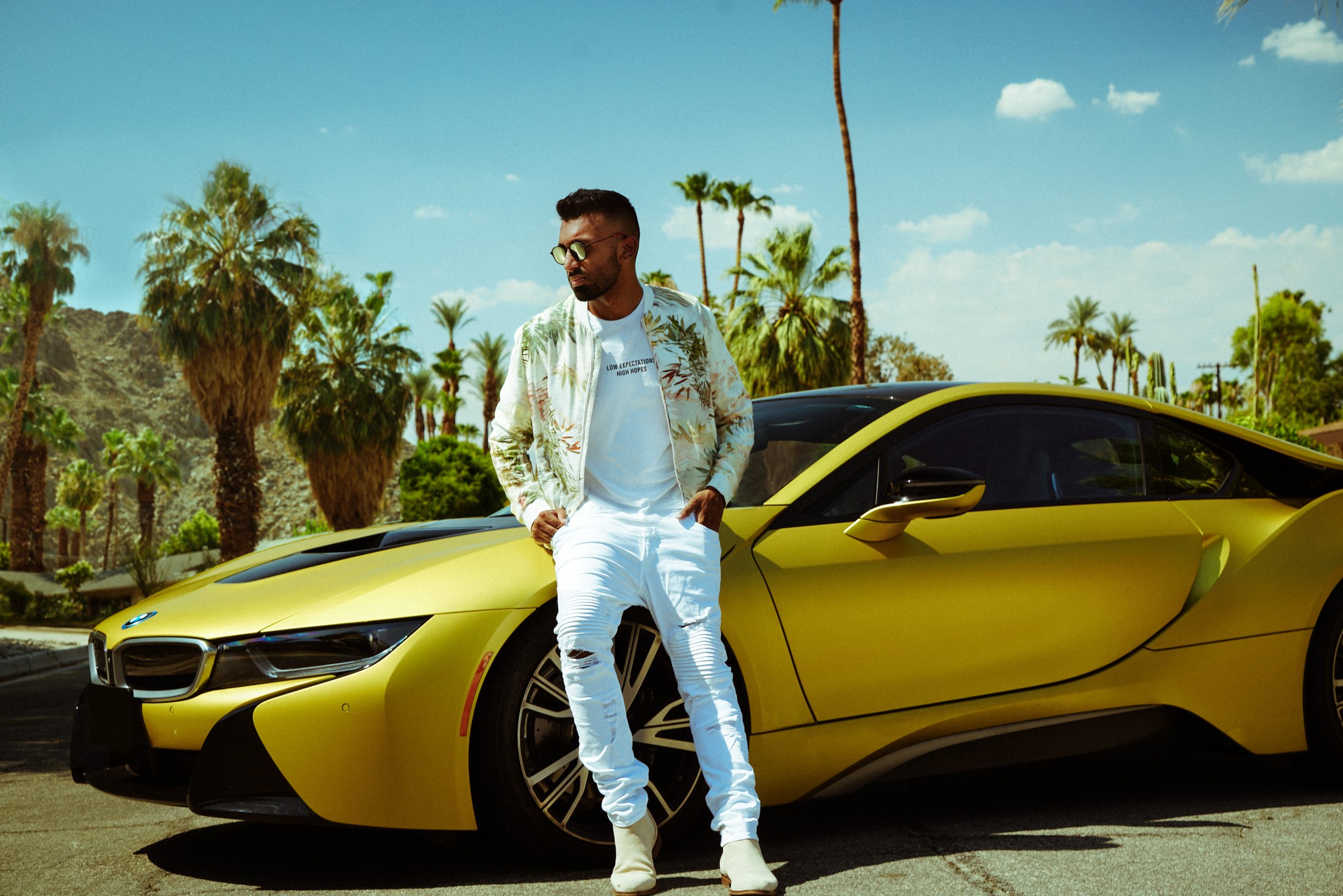 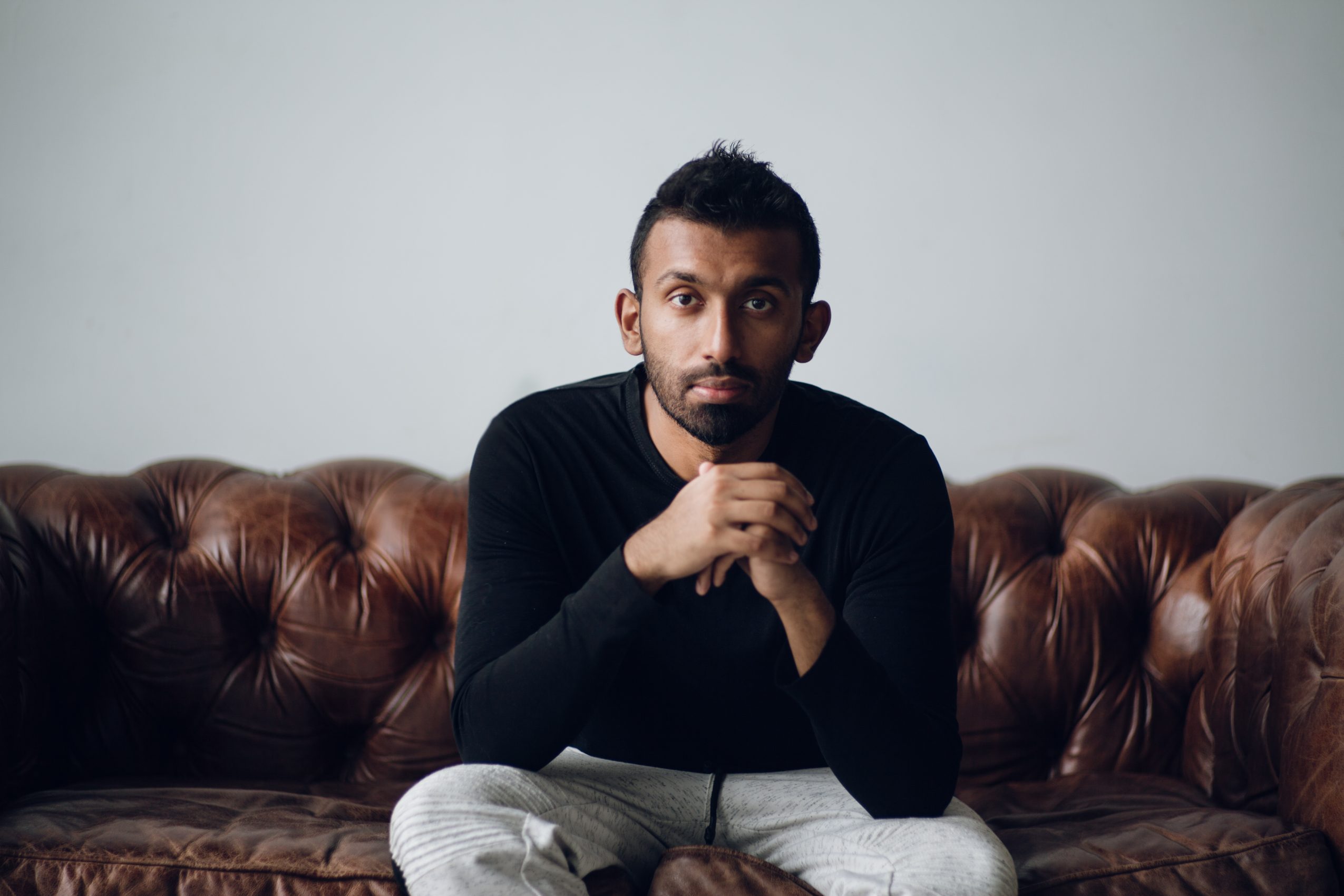 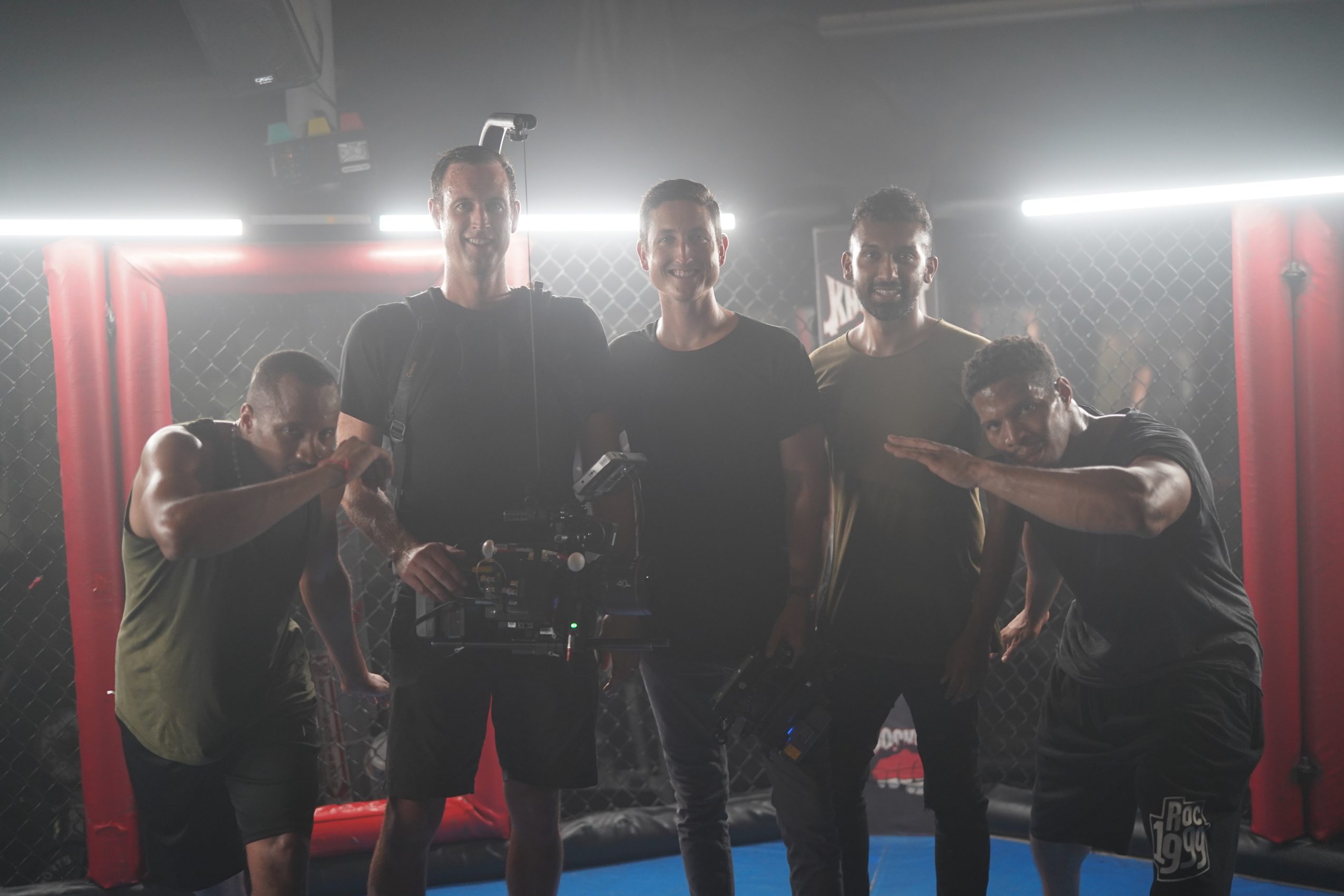 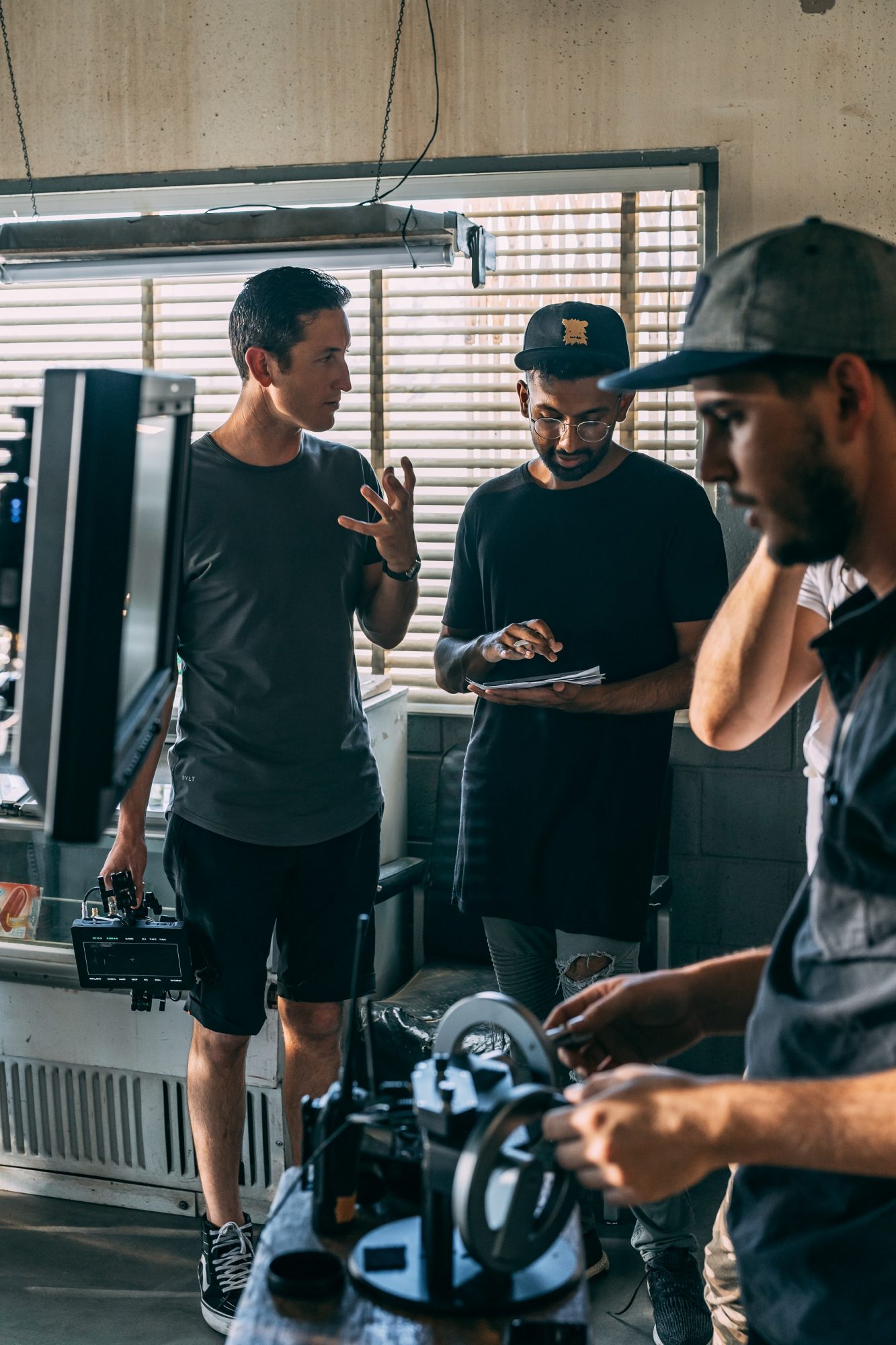 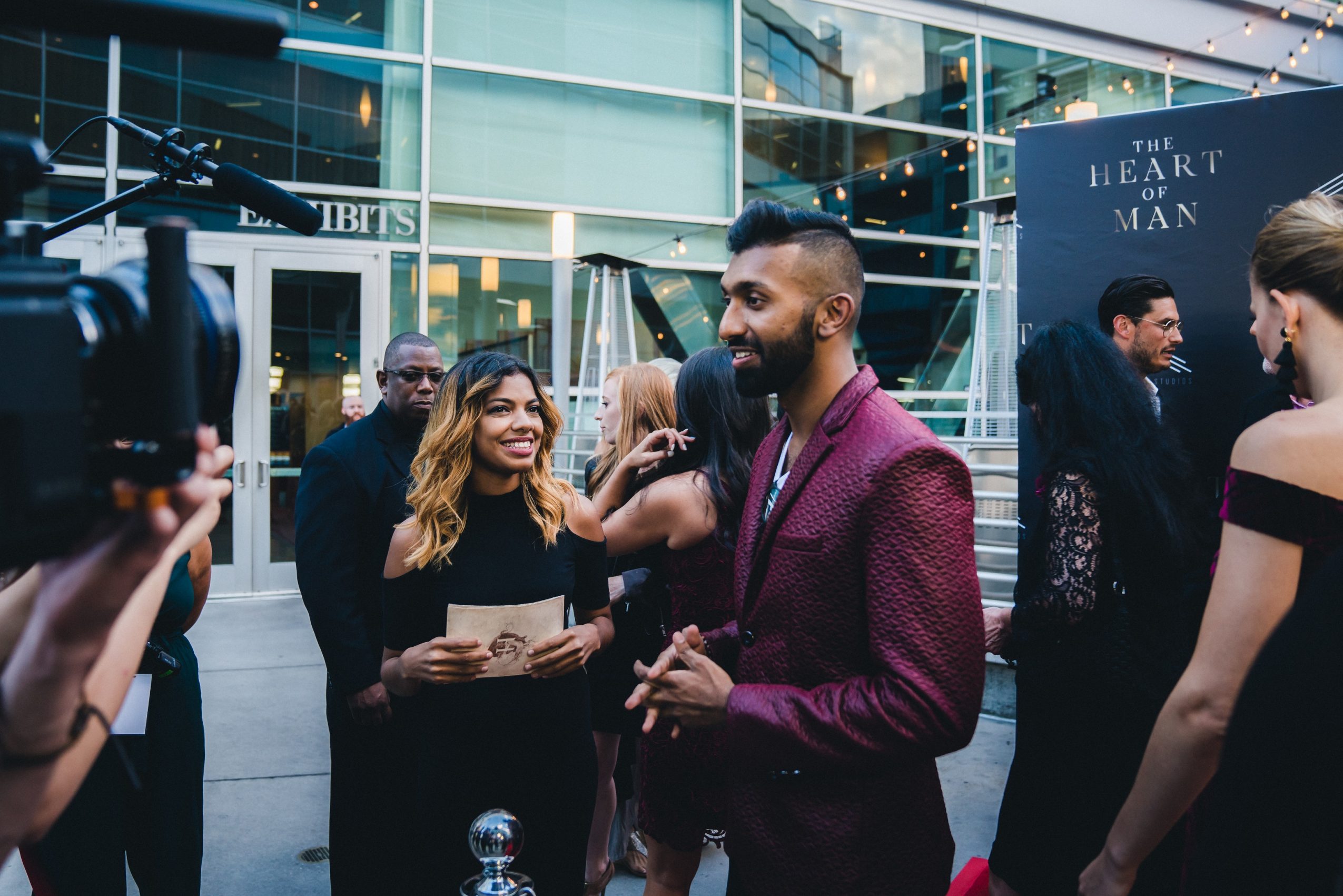