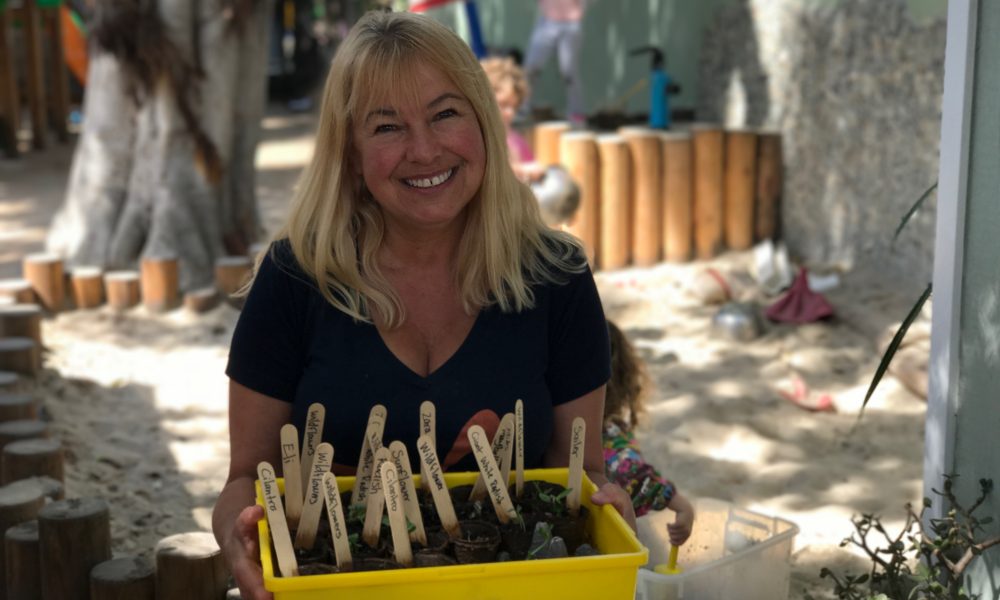 Today we’d like to introduce you to Sylvia Rath.

So, before we jump into specific questions about the business, why don’t you give us some details about you and your story.
Twenty-six years ago I started on in the world of Preschool with my own son. I joined a Coop for the low tuition only to find that there was so much more than childcare to Nursery School and so much more about community when you become a member of a cooperative. Part of the mission of the school was Parent Education in Early Child Development. It interested me so much that I returned to College myself with the goal of becoming a better parent. When my son graduated from Preschool– so did I from Antioch with a BA in Psychology with a Concentration in ECE.

The Preschool hired me as a Teacher and I spent many wonderful years working directly with young children exploring music, movement, art and facilitating socialization. In 1999, I had the opportunity to be hired as a Director at Little Village Nursery School which had a full professional staff as well as volunteers. I was attracted by its colorful history of being a Coop since 1947 and the chance to work more with adults. Now just as I was taught by the Director of my son’s Preschool on Positive Discipline– now I hope to help guide other parents through the preschool years and beyond by teaching respectful communication and positive discipline methods to their families. We also have a larger mission of changing the world with volunteerism to create stronger and supportive communities for all families.

We’re always bombarded by how great it is to pursue your passion, etc. – but we’ve spoken with enough people to know that it’s not always easy. Overall, would you say things have been easy for you?
Ha, ha!!! In short– no! Working with children was much easier! I had not realized that parents and Teachers may need some help with socialization skills too. I was surprised to find that the techniques that worked with the children worked most of the time with adults too. Everyone can use love, support, guidance and reassurance. Most important of all they need to feel heard. I had to learn how to set my own personal limits with adults too. I try and come from a positive place knowing that we all want the best for our children. Mistakes will happen along the way for all of us– which is OK –as long as we reflect and try and learn from then. We are all lifelong learners. I have a sign in my office that I got from the Parent Educator Bev Boss that says “Missteaks (crossed out) Mistakes are welcome here (crossed out) hear (crossed out) here”.

So, let’s switch gears a bit and go into the Little Village Nursery School story. Tell us more about the business.
I am very proud of “Our mission of the school to provide a program based on a developmental approach to learning; to further the education of parent-members in principles of child development, child care, and child welfare; and to creation environment in which parent-members work closely and cooperatively in administrating the school. Little Village is committed to as an institution to the ideal of diversity with regard of race, ethnicity, religion, economics, politics, gender, sexual orientation, and diversity in its parent population, student body, faculty and staff.”

What sets us apart is our supportive community. Many people in Los Angeles look for a since of community in such a large spread out city– well– we have it here in our small coop school with the canopy of trees that shelter and support us with their huge branches– like friends and family.

Has luck played a meaningful role in your life and business?
I was lucky in 1999 when I was on a bus to the airport leaving the Coop Council of Parent Participation Nursery schools annual convention and met someone who told me about the Director position open at Little Village. It was time for me to spread my wings and take on the challenge of working with adults as well as children. I was not even actively searching for a job and went on the interview as practice.

During my first interview with the Coop Parent a surprising thing happened. I met the President Sarah in the park and a child there had a seizure. I knew the child because he had been at my school. His mother was very upset and needed help. I got his medicine from his back pack and inserted it and called out to Sarah to call 911.

I did not make the first pick! They hired someone else (a previous parent who had been acting as Interim Director for a year) who left after the summer–so they called me back and I started that Fall. Very thankful!