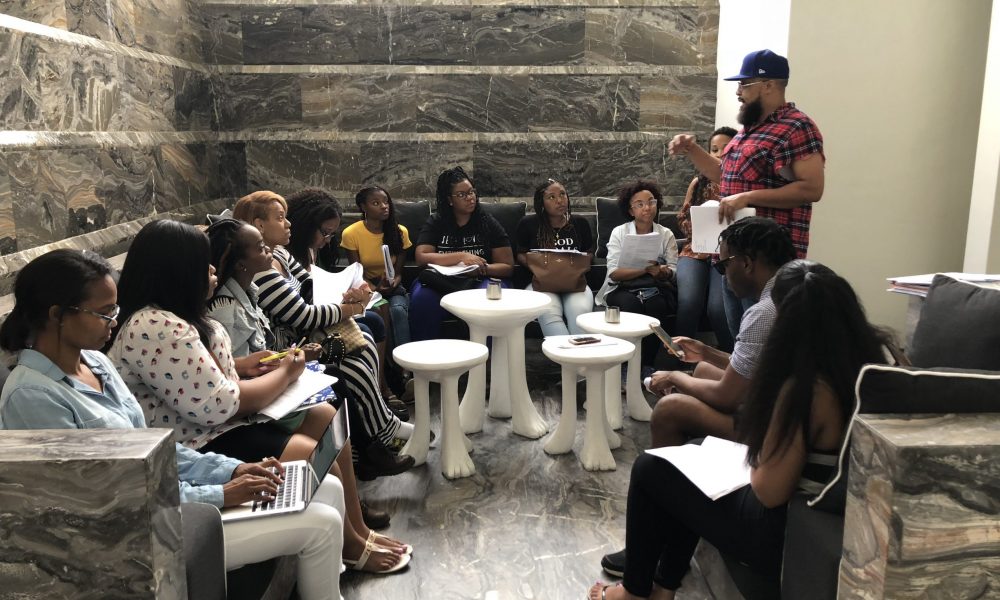 Today we’d like to introduce you to Eugee Wilson.

Eugee, please share your story with us. How did you get to where you are today?
I started interning for the local radio station and news station at the same time back in Chicago. Didn’t really take to news but excelled in radio. Working in the promotions department and also coordinating concerts for a separate department within the radio stations. I say stations because our local radio station actually had seven different brands under its umbrella and I worked for four of them. I did that for a while but then wanted to make more money so I decided to go corporate for a while, working in accounts payable for a Fortune 500 company.

I came out of college right after 9.11 hit and I couldn’t pay someone to give me a paycheck the workforce was at an all-time low. So when the opportunity came to take the corporate gig I ran for it. Still being on shaky ground they laid the entire accounting department off. Accounting is always the first to go. Once that happened I tried a few other careers and it didn’t work so I decided I was going to pack my bags and move to Los Angeles to pursue my dreams and put my degree to use. It was rough for a while in Los Angeles after a year and a half of living in LA I finally had gotten on my first show.

Now, mind you while in Chicago whenever any production be it film, commercials, or reality shows came to town I would work them as a day player. I would be a production assistant on these huge film sets like the Batman’s sets, so I had some experience working on set already. I was so excited to be working on my first huge Hollywood production and to have Ryan Murphy at the helm I knew it was just the perfect project to kick start my career again in television. That show last two seasons and it was a wonderful experience, so much so that I went from production assistant to coordinator in just two weeks of being on the show.

Unexpectedly the current production coordinator had to leave the show to deal with family issues and I went from the new guy on set to production management in two weeks. Only God could have been moving over my life as such. For the next two years, that same production manager who gave me the coordinator position took me under her wing and had me production coordinating each show she went on too. For two long years and after just having my first real big gig in Hollywood I was with this amazing production manager on major reality tv shows. Then she decided to go in a different direction and I was once again stuck without a job looking for work, but I knew going back to corporate was over. I knew this is where I was supposed to be and by any means was determined to stay in the career that made me happy.

I began making calls to past colleagues I had worked with in the departments I aspired to be and or work in. I always knew I wanted to produce and direct I just didn’t know how I would find that one person who would give me a shot to show them my skill and determination. After making several calls I got a few bites but only two people really seem to be serious about hiring me. One of them was a very kool guy I’d worked with he was the Assistant Director for a show we worked on together previously and he just happened to be looking for a 2nd Assistant Director for a new show that he was crewing up for. Sent in my resume, followed up with a call, he asked my availability and I want to say if not the next week, a few weeks later we were in production and my Directorial career began.

The other person who seemed serious was a very great producer I worked with on a show and informed them that I would love to learn and produce under their lead. After I was done with the show assisting directing they reached out and asked if I could be their Associate Producer for a new show they were crewing up for and I jumped at the opportunity and the producing/directing careers were working simultaneously. I just knew I had arrived to my new found positions but boy was that not the case. I did a few shows being an Associate Producer, and Assistant Director but then it all came to a halt.

It was hard finding other directors and producers that would bring me on to their team not having worked with me before and only having few credits as producer or assistant director. So I began working live shows, shows such as the Grammy’s, Oscar’s, Emmy’s, and BET Awards, to build my network and get my name and face out there. The television business trust no matter what anyone says is a “who you know business” period. Your network is your net-worth in Hollywood.

As I build up that network, gigs start to roll in once again and things are getting back on track to getting to my ultimate goal of owning my own company and producing and directing my own projects. I’m happy to say that Sylver Lining Media has several projects in the pipeline and recently sold a new show to a new streaming provider due to launch early next year. It will be a episodic stand-up comedy show with today’s most diverse hottest and up-and-coming comics from around the country. We are excited about the new partnership and can’t wait to soon go into production.

Great, so let’s dig a little deeper into the story – has it been an easy path overall and if not, what were the challenges you’ve had to overcome?
We all have starving artist stories. It’s never an easy road when trying to attain excellence or something great! There have been several bumps in the road, several times where you have to find the next gig and don’t know where the next check is coming from. Working freelance isn’t easy, finding that next gig can be very difficult! What people don’t understand is when the show is over, the gig is up, we have to go and find the next job.

There isn’t anyone looking for work for you but yourself. There’s isn’t agents or managers for anyone that is not at the executive level of producing or a famous director. There have been many times when I’ve had to struggle and strive just as the next, not knowing where the next check will come from. I thank God for allowing me to make it to where I am today! I’ve been homeless not so long ago myself…

Please tell us about your work. What do you guys do? What do you specialize in? What sets you apart from competition?
Sylver Lining Media is an award winning producers guild nominated multi-media production company specializing in innovative, and groundbreaking content. Known for premium content from cinematic branded & commercial content, episodic series, and now animation, and immersive VR content.

Our unique storytelling pushes the envelope to create the new norm. That’s what sets us apart from others. I’m most proud of the lives that we will affect with the stories we tell. As well as a new workshop that we will be taking to the communities around the nation, teaching those who want to learn how to be a rock star production professional and break into the tv and live entertainment industry. 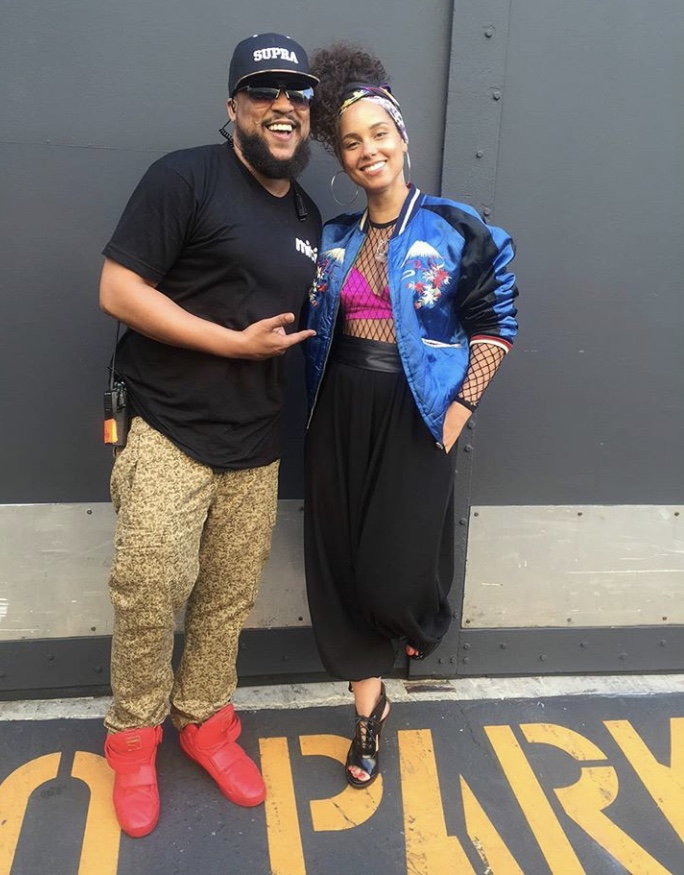 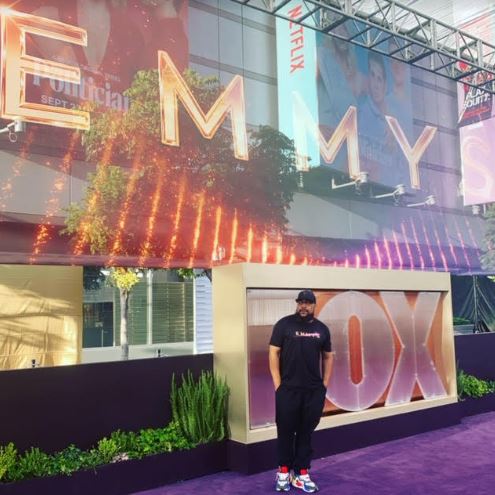 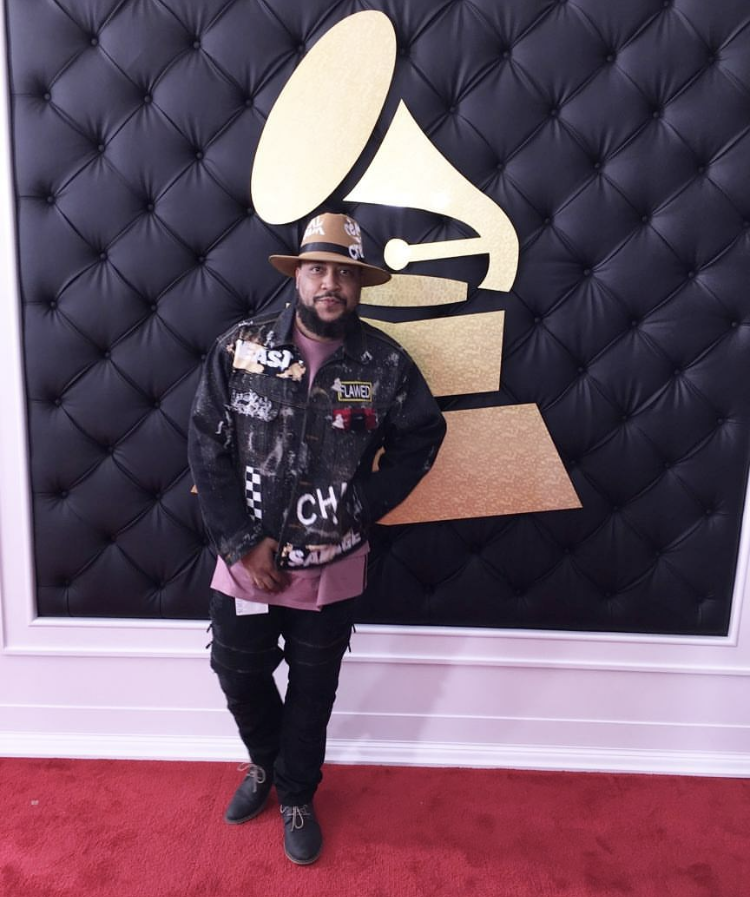 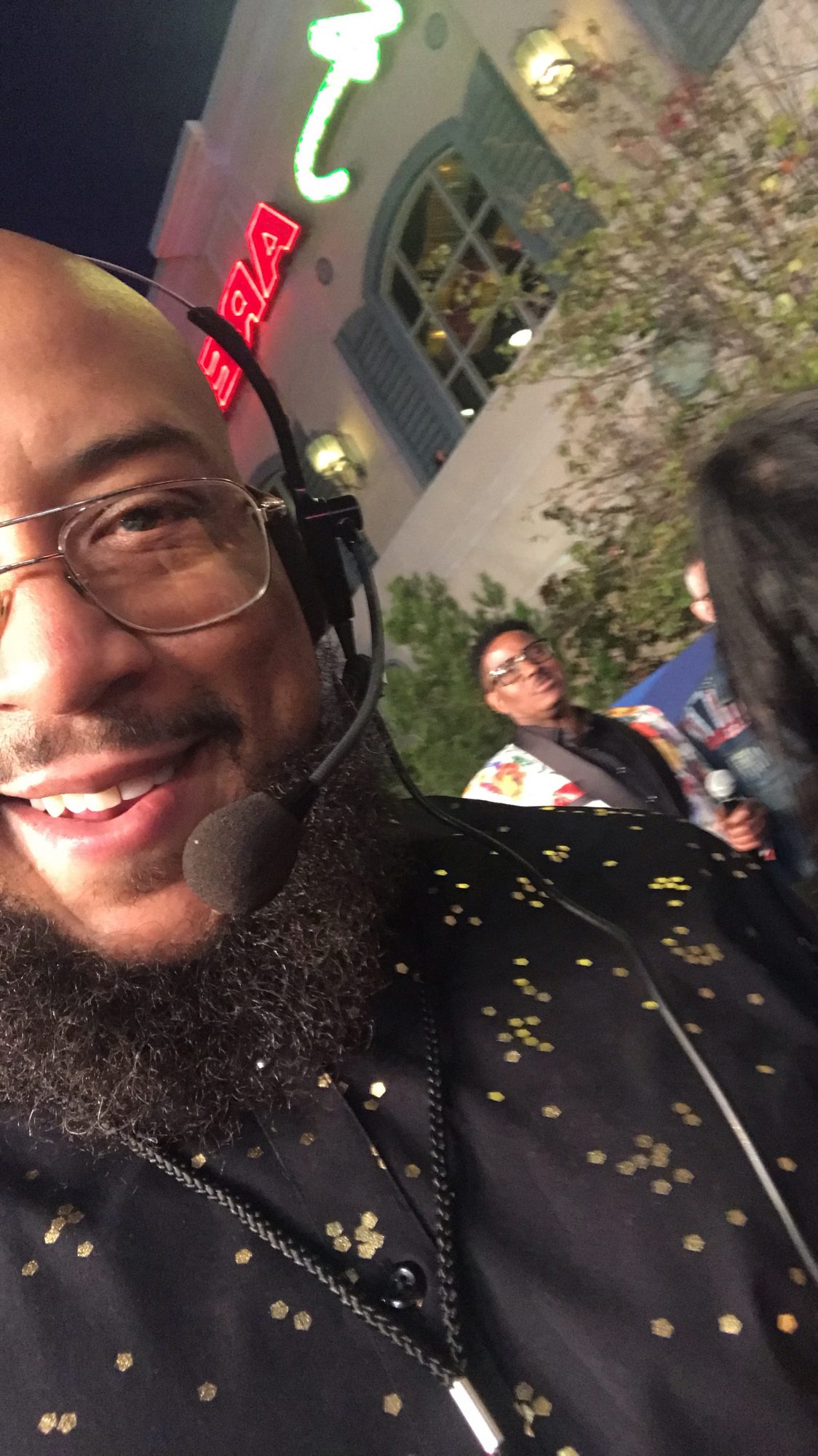 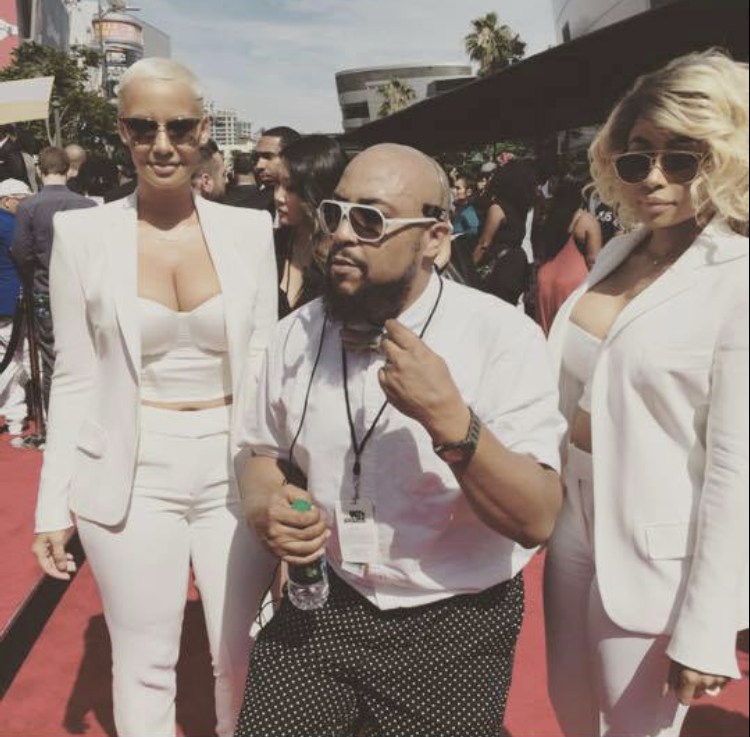 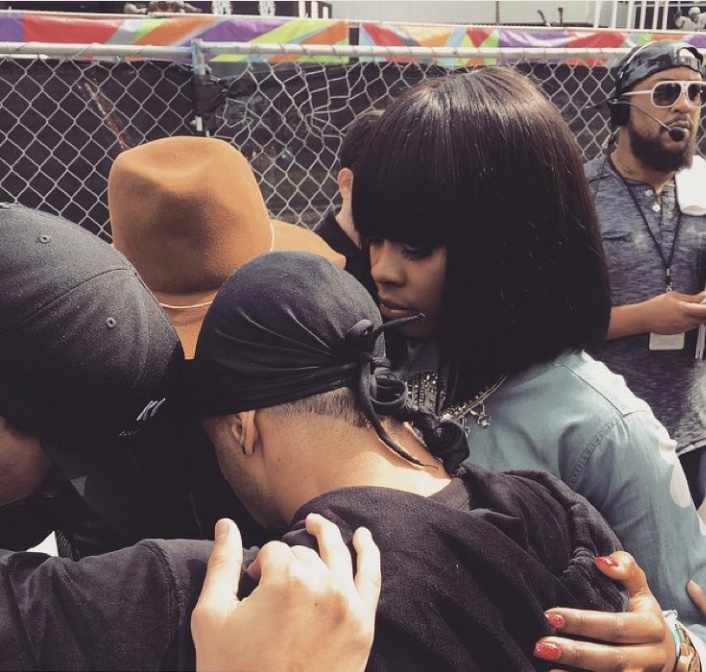 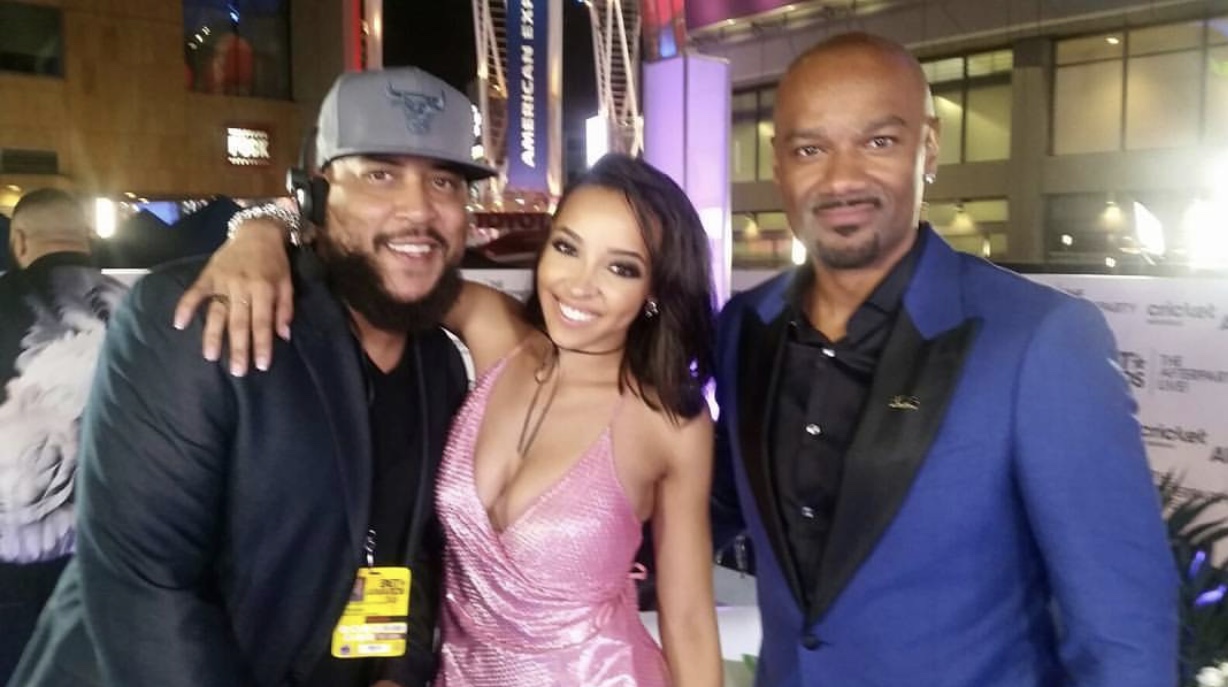 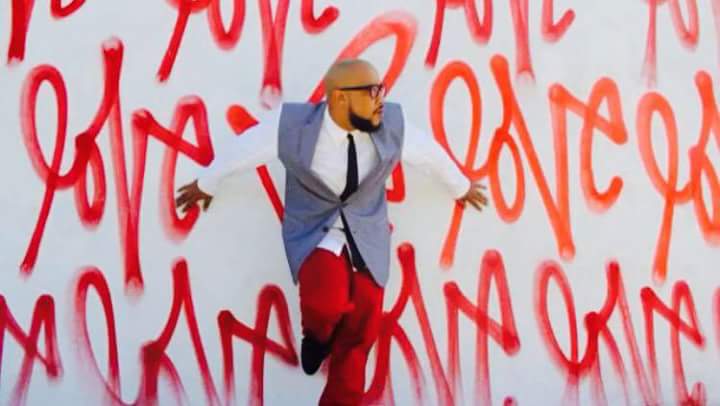 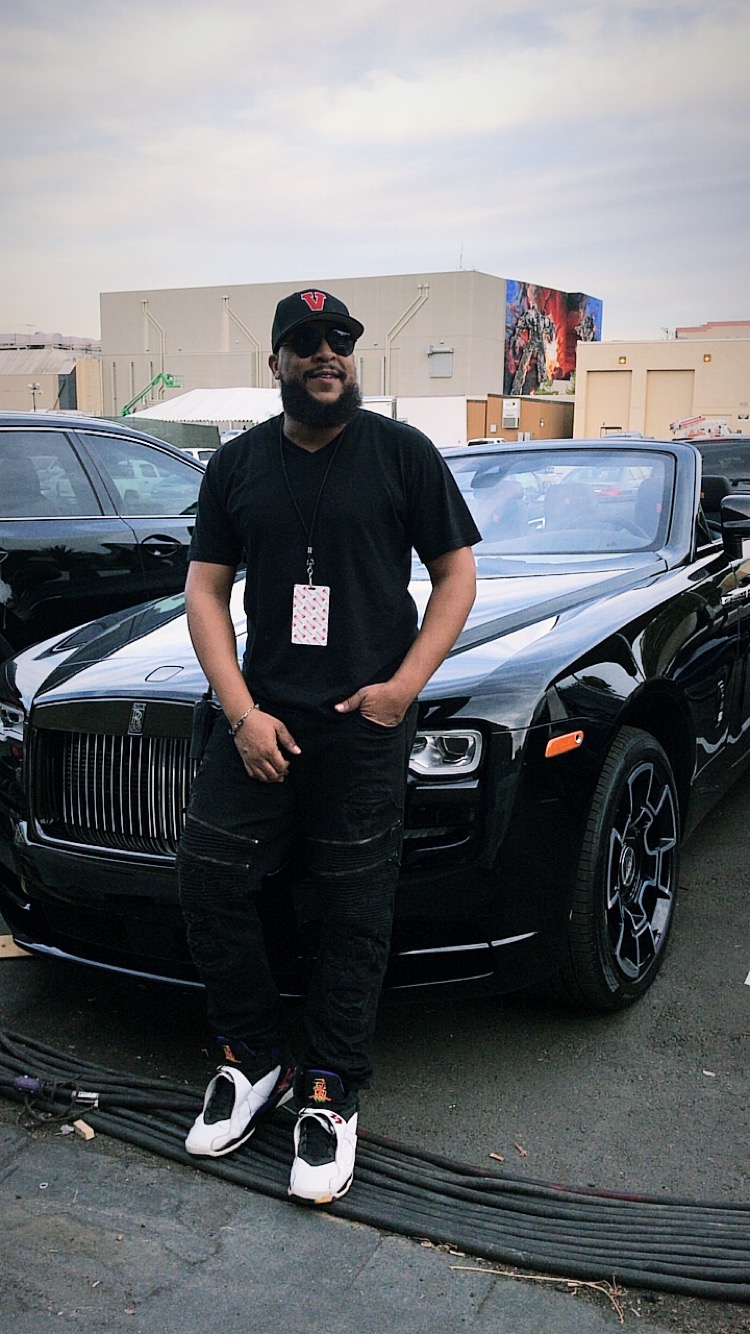 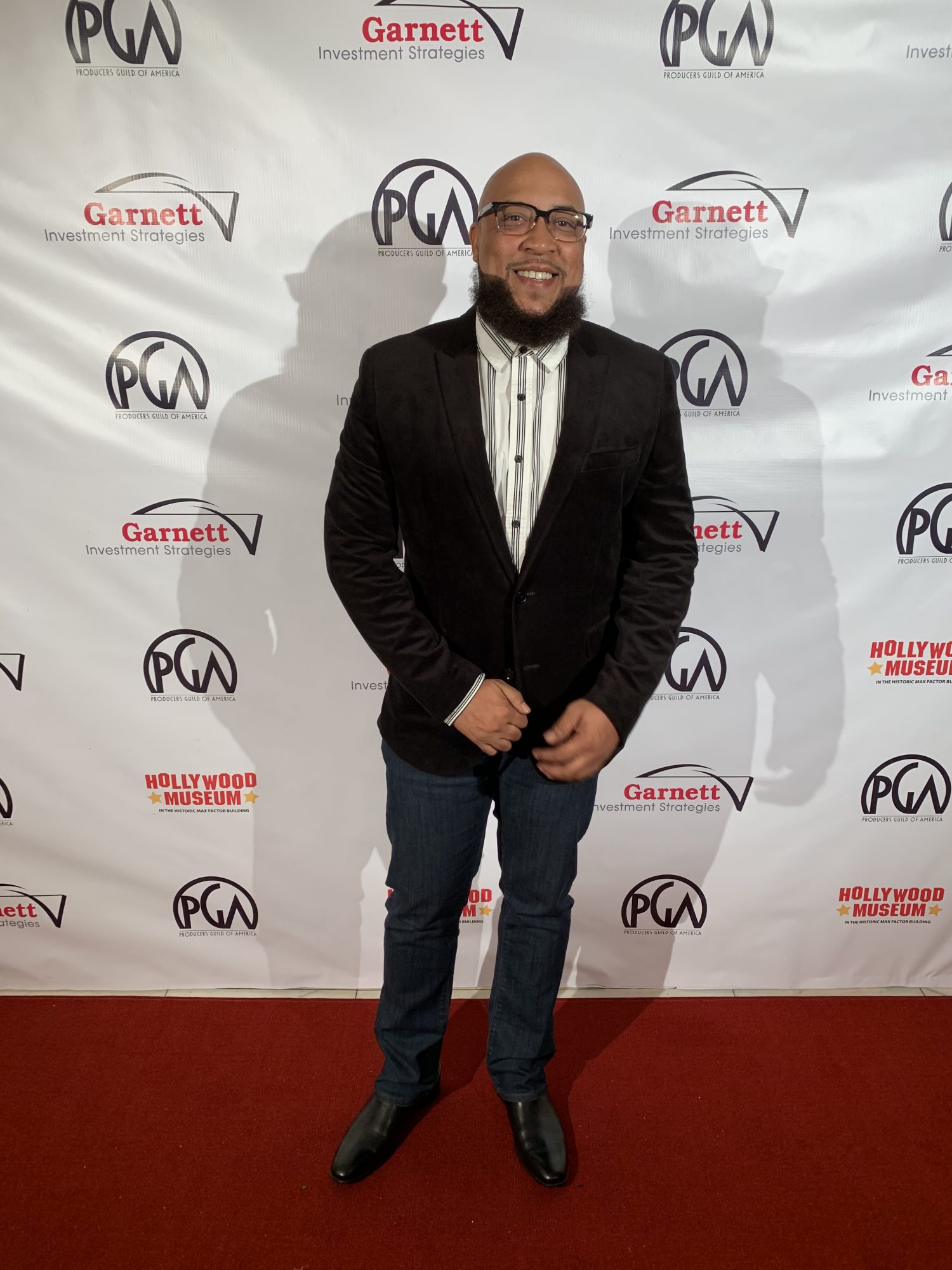 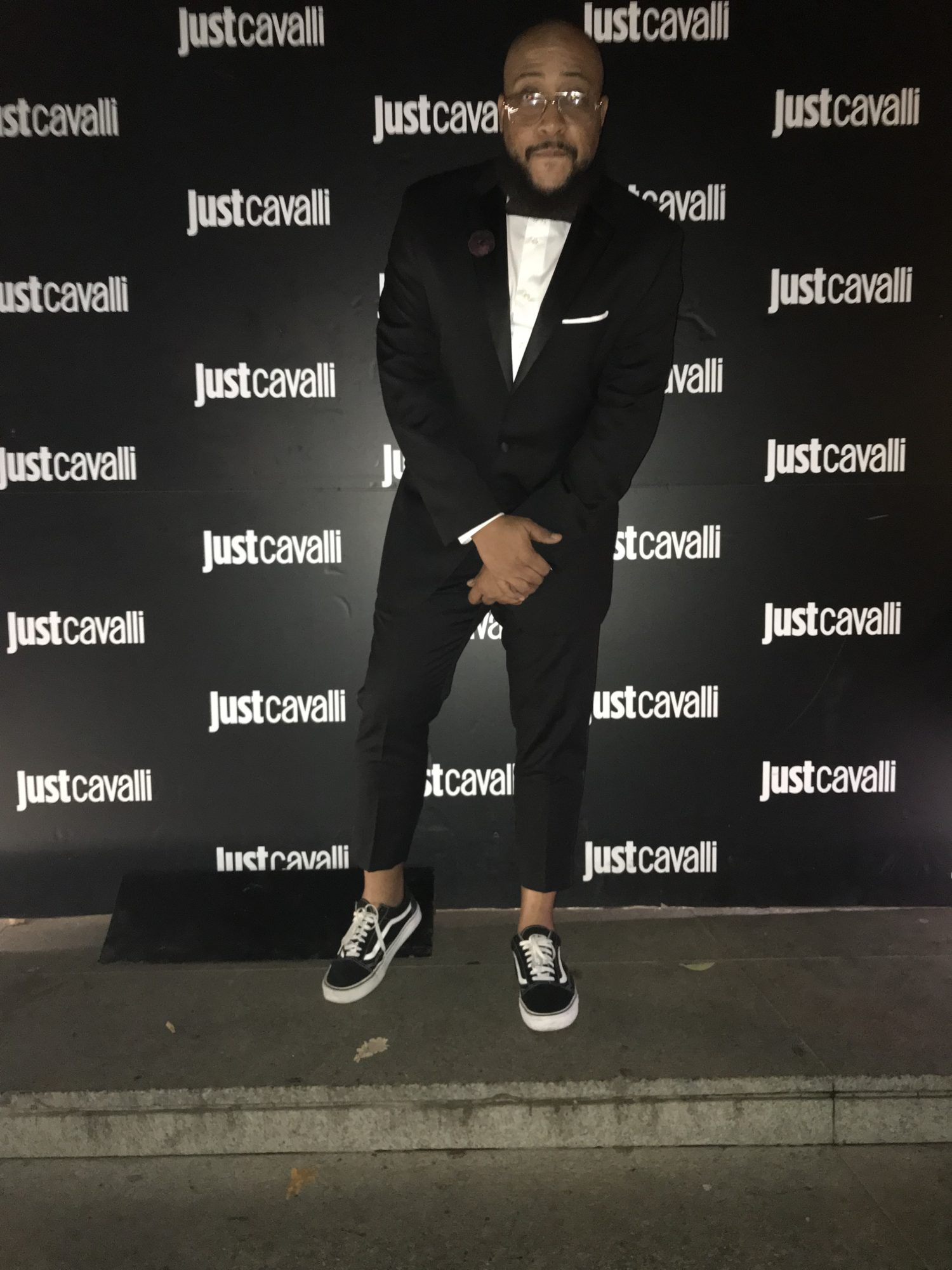 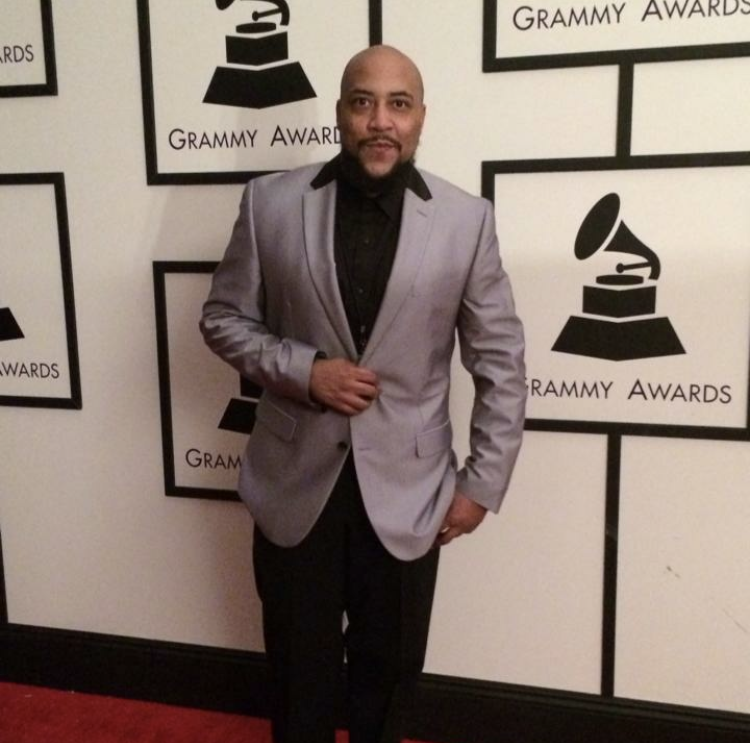 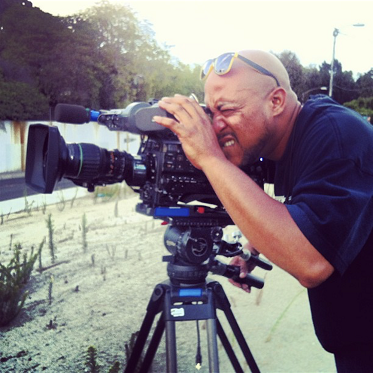 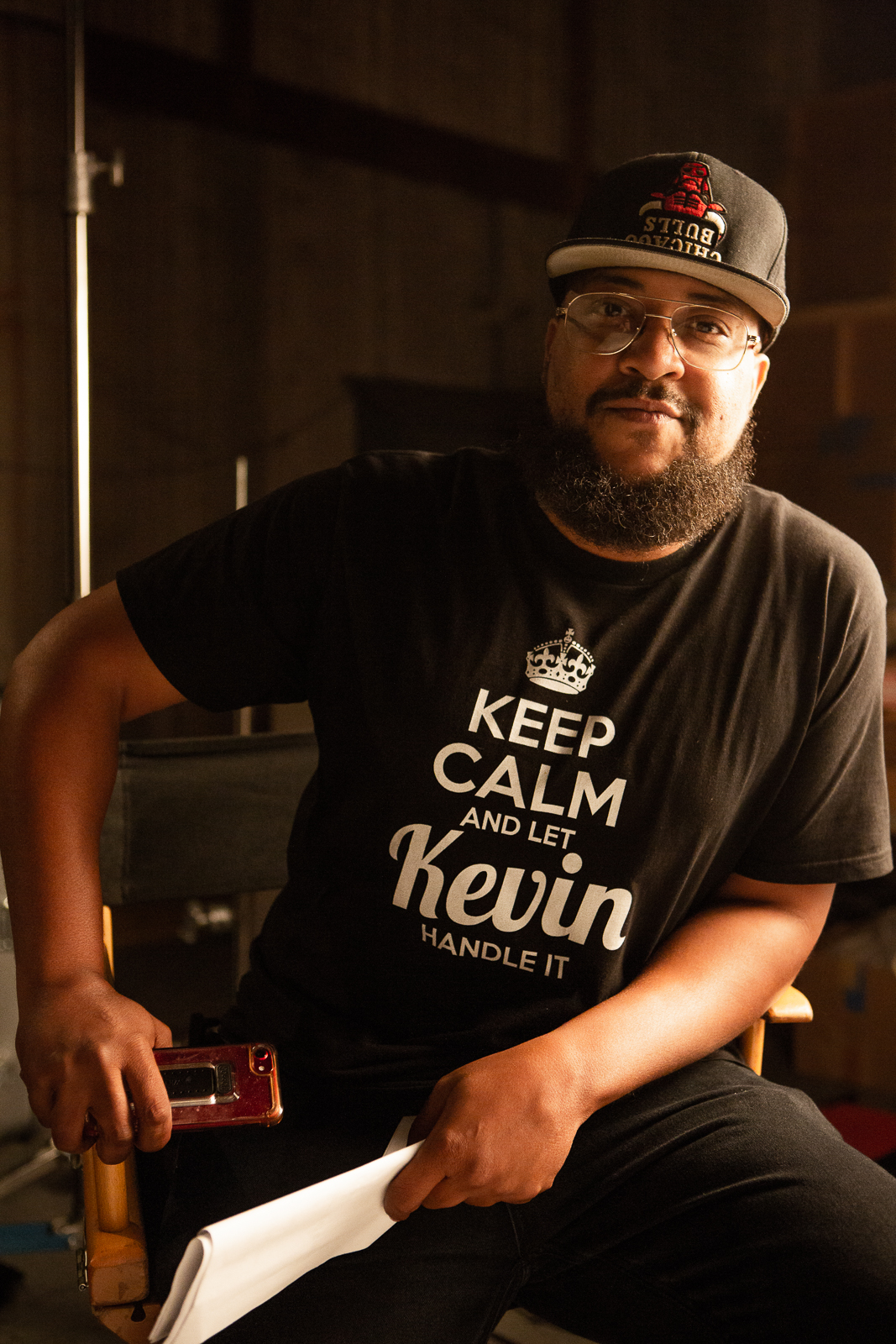 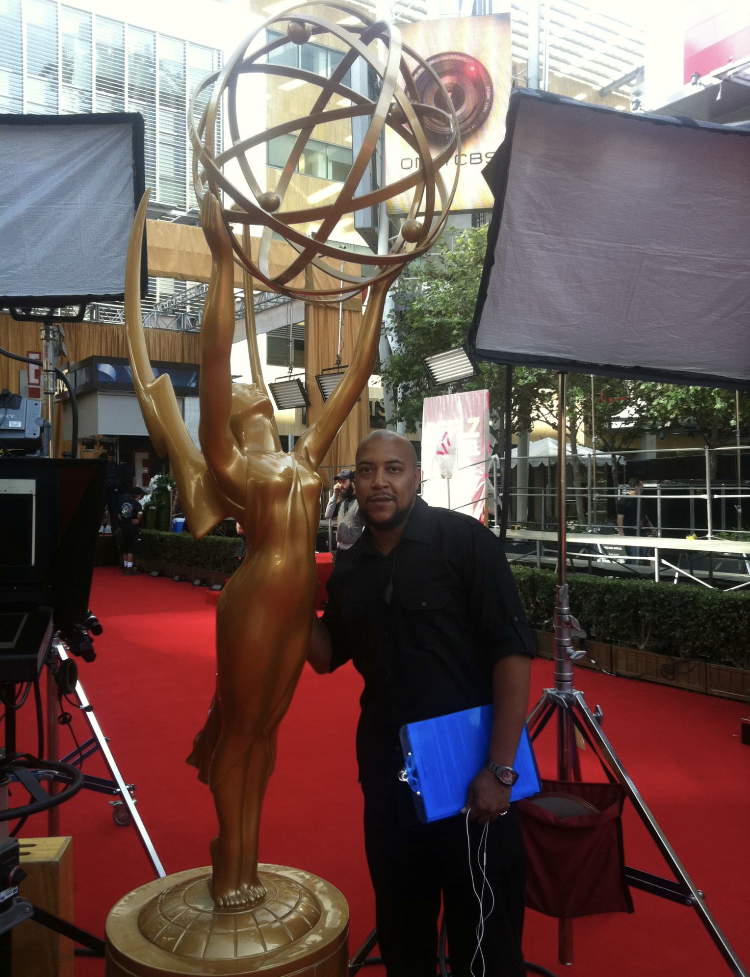 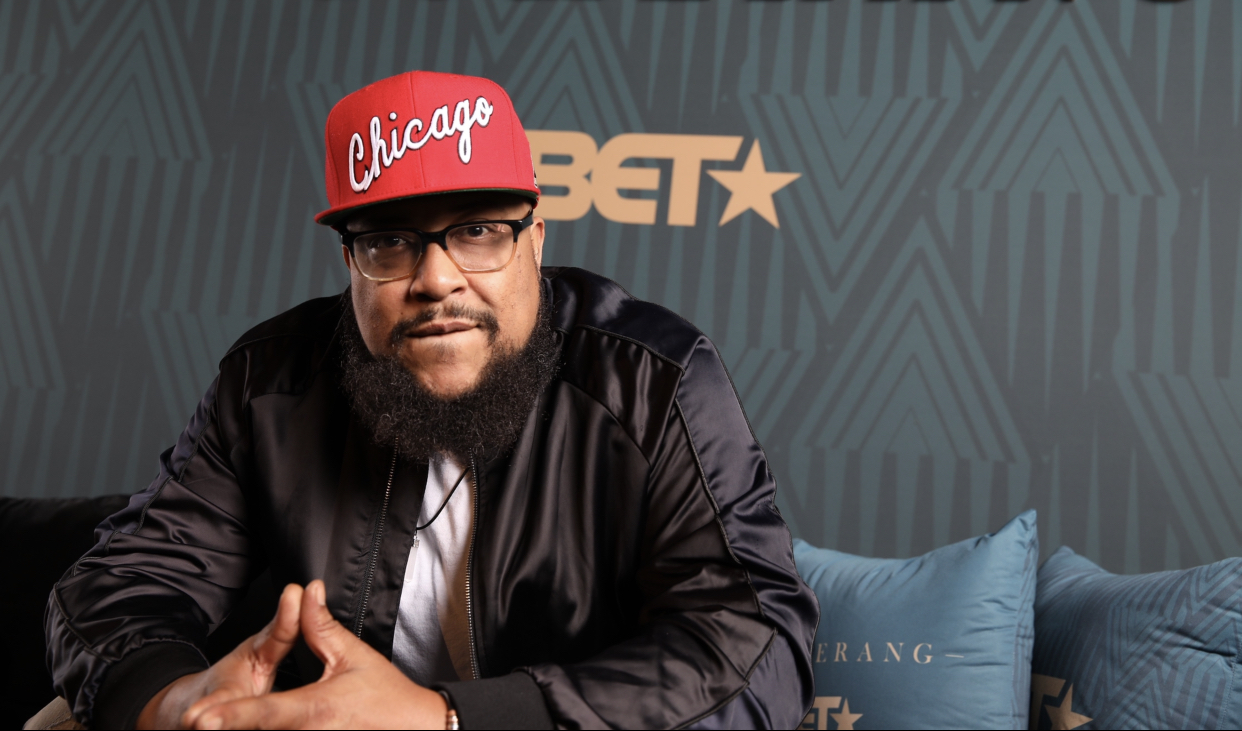 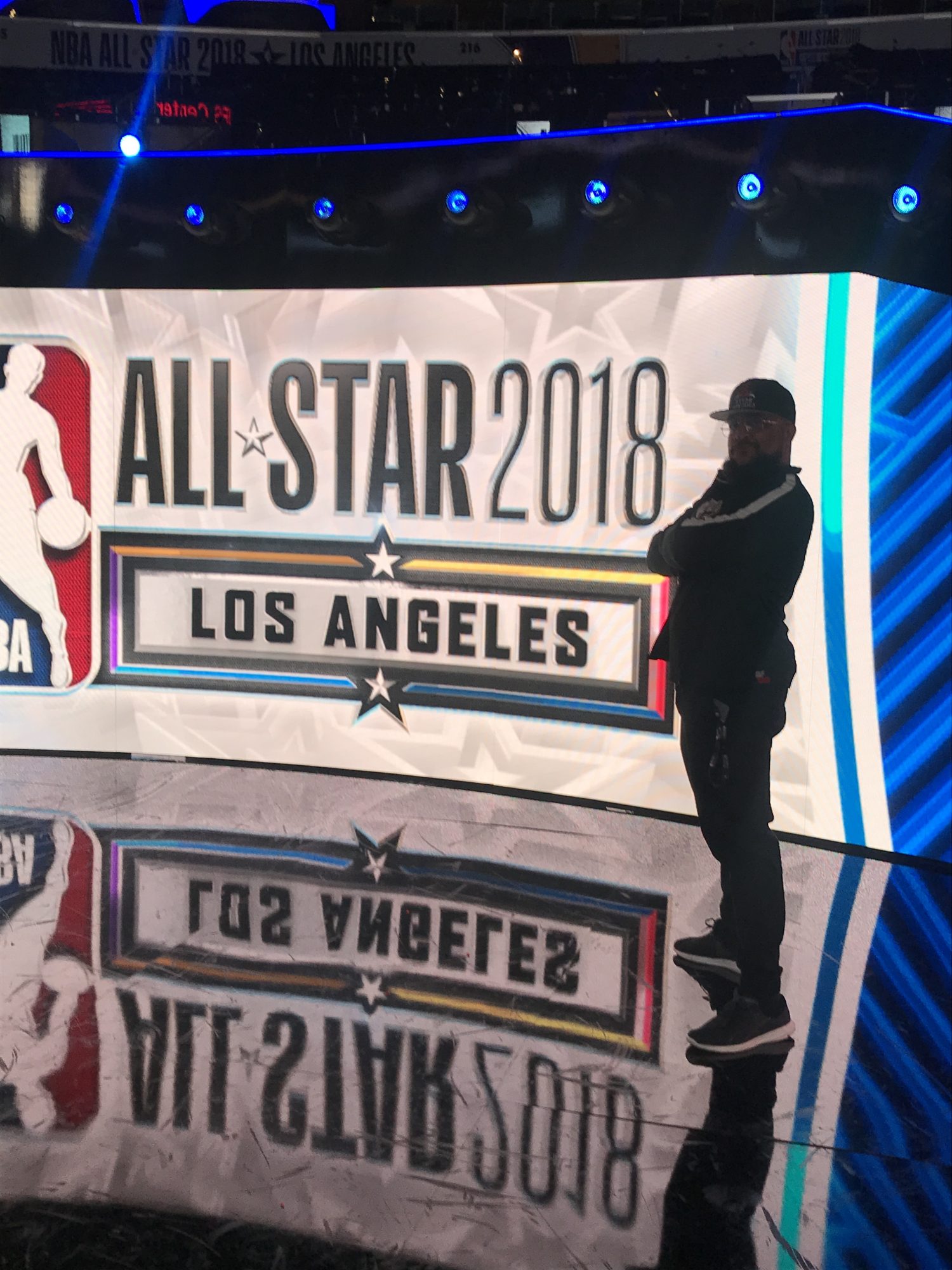 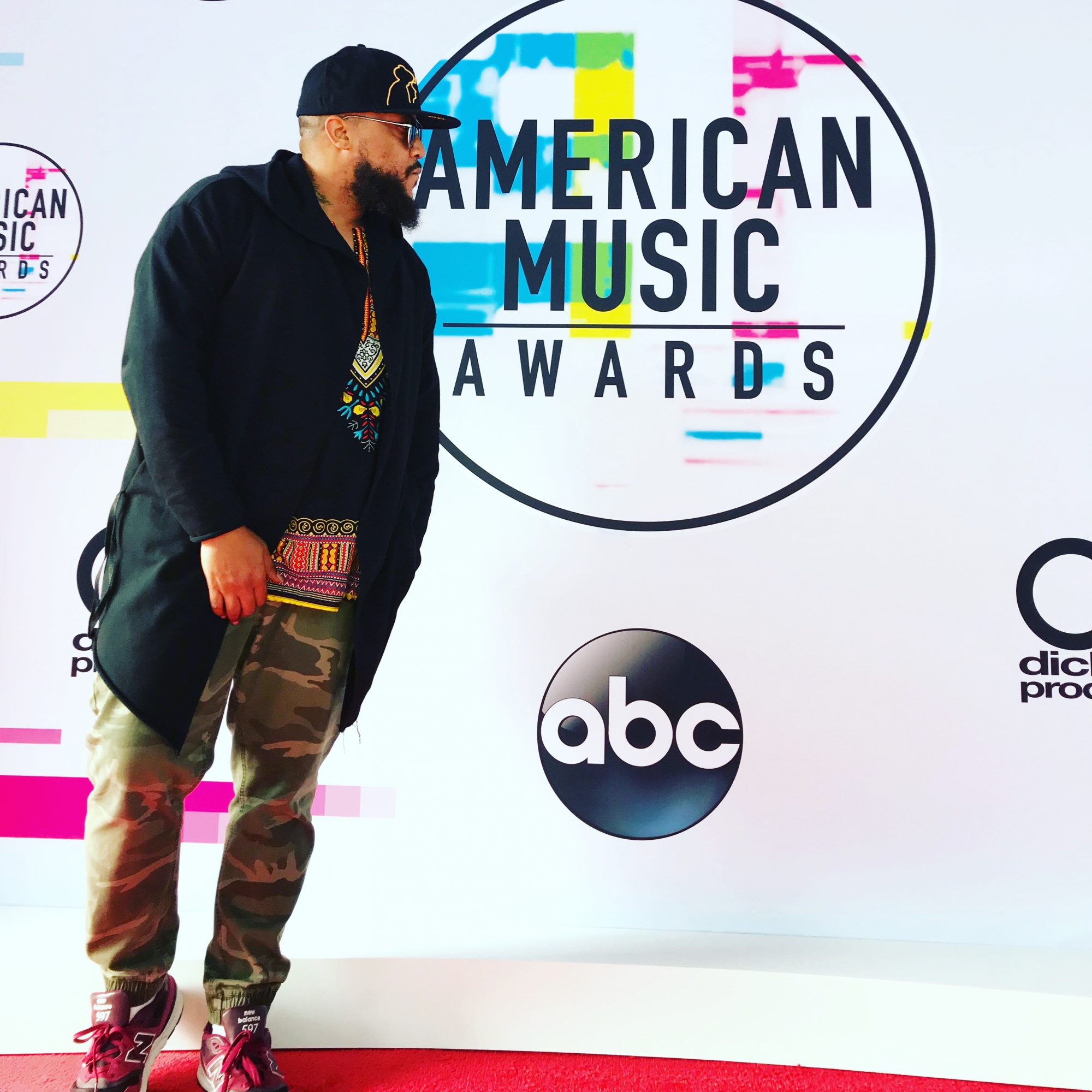 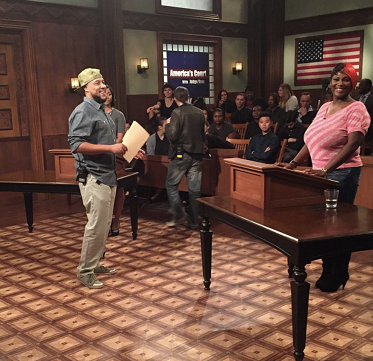 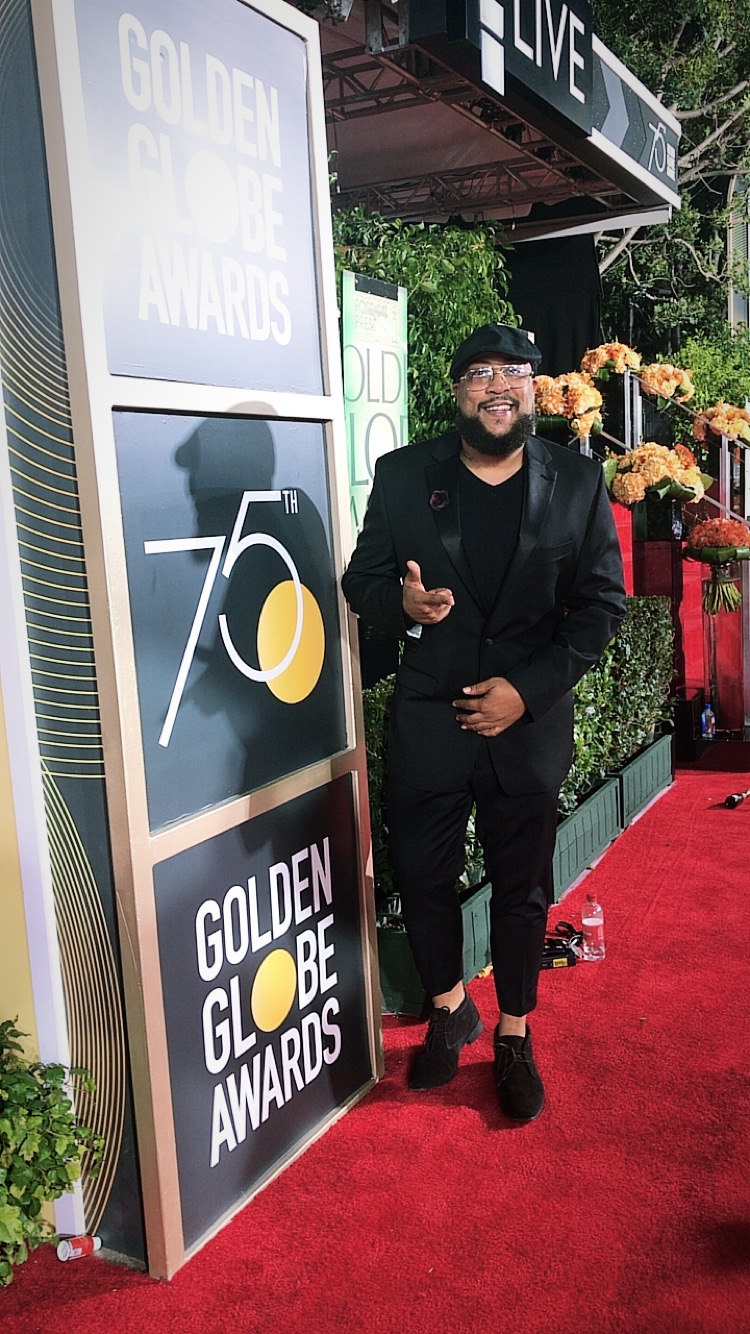 Image Credit:
All personal photos expect one with me in the background while artist Tink and crew said a prayer before hitting the stage at the BET Awards