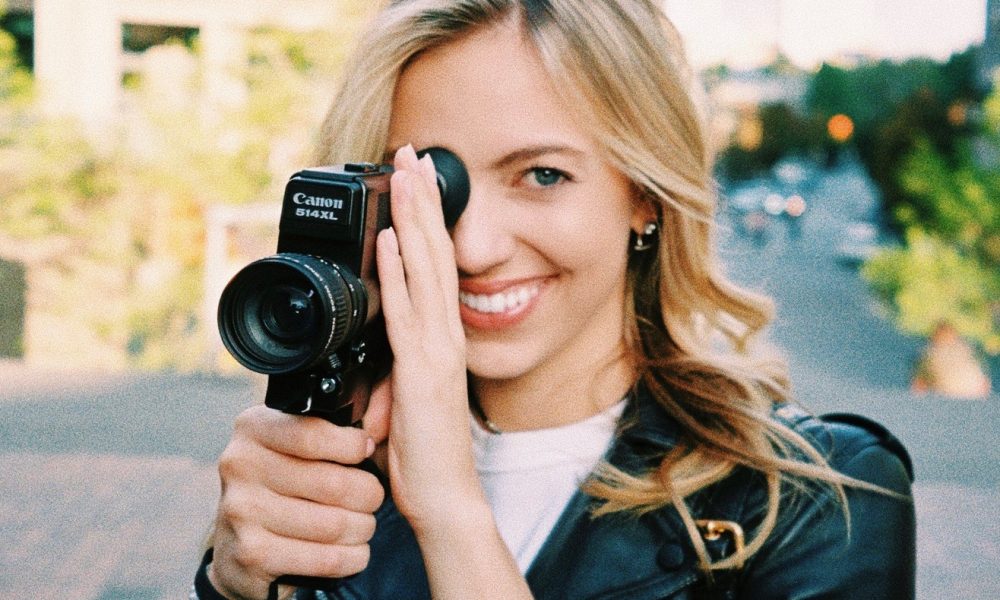 Today we’d like to introduce you to Sydney Scotia.

Sydney, before we jump into specific questions, why don’t you give us some details about you and your story.
When asked what lead to my passion for the entertainment industry, I have to go back to my early dance training. I was shy as a child except when I was on a stage. In 2008, Olympic gold medalist, Olga Korbut, took me with her and two of her gymnastic students to Hong Kong to perform. This was just before the Beijing Olympics. A documentary crew from the mainland filmed and interviewed us. I was in awe of the cameras, the lights, the boom microphone, and their process—so much so, in fact, that when given the choice between attending dance nationals the following year or going to acting camp, I chose the latter and that decision lead to my move to LA.

A couple of months after returning from camp, I remember my parents loading as much as they could into the back of our car and driving to LA with absolutely no idea where we were going to stay, how I was going to get an agent, and what was going to happen next. My dad was skeptical until we took him to an acting workshop where he realized that if I was going to have any chance of making it, I had to be in Los Angeles. He found mom and I a temporary studio apartment and then flew home to Arizona. I was a minor so my mother had to stay with me and because his work was in Scottsdale, my dad had to commute. It was a huge sacrifice. I am extremely lucky and grateful.

Little by little and after many hundreds of hours of acting classes, workshops and intensives, I started to navigate the entertainment world. I will never forget the feeling I had when I booked my first youth television series. I was so happy, I cried for days! We had a musically talented cast that would entertain the studio audience between takes. I was a dancer. I had no voice training or singing experience but often would join in, bad notes and all! That was stressful, but it prompted guitar and vocal lessons, lead to a lead role in a musical and now I’m writing and recording original music.

My experience on several sets, working with kind and mentoring people and producing a short film with a friend that was accepted into the Cannes Film Festival Short Film Corner taught me a lot about the industry and the work on both sides of the camera. All of these experiences helped prepare me for what was about to happen.

Overall, has it been relatively smooth? If not, what were some of the struggles along the way?
I love what I do but it does come with a lot of stress at times. The stories about constant rejection are real! The entertainment industry is saturated with too many talented people so it’s very difficult to land the role even if you have a great read. Tenacity is key.

Before my first series, I booked another series that I was very excited about. I gave up my apartment, packed my bags, moved everything into storage only to hear at the last moment that the production had lost its funding, had regrouped and could now only hire a Canadian resident for my role. It’s difficult to describe that kind of devastation. I had to find another apartment, move all the furniture again, and start from scratch. A few months later I booked a three-season series. This business has many ups and downs. I’m just hoping for more ups than downs!

Scotia Entertainment – what should we know? What do you guys do best? What sets you apart from the competition?
Two years ago, my father (a neurologist) was asked to visit a local domestic violence shelter in AZ. The director wanted to discuss setting up a traumatic brain injury clinic for survivors. At this time, there was a lot of press about concussion and CTE in professional athletes but few were aware of the permanent brain damage suffered by so many victims of abuse. One in three women are abused and many sustain multiple hits to their head.

My father was visibly upset by this experience. Seeing a mother and her child hiding within the walls of this shelter while their abuser walked freely outside was unbearable. My family filled our car with donations and we drove to the shelter. On the way there, I knew I had to do more. I decided I would make a documentary about traumatic brain injury (TBI) in victims of abuse. The world needs to know that after all the cuts and bruises heal, a devastating permanent injury can remain—one that robs a person of their true potential and their best self. This could be your mother, your daughter, your granddaughter, your neighbor, your friend, etc. I had to get the word out and try to make a change to protect these women.

I formed Scotia Entertainment two years ago, found my first executive producer and got started on my first documentary feature right away. I had to raise all funds, be my own assistant, find the survivors and experts for the film, write the questions and conduct all interviews, rent the equipment, pick up crafty, hire crews in various cities and book transportation and accommodations as well as work on trailers, edits and music. It’s a huge job but I knew I had a bigger responsibility to get the job done well for all the courageous women, some telling their story for the first time. They want to use their voices to bring about medical and legal change and to help other victims of domestic abuse. All of my executive producers have incredibly generous hearts and give a lot of their own time and energy to make a positive difference in many ways around the world. They wanted to help. The film is close to release but in the process of making it, it has already lead to awareness, more research, new brain banks and foundations and global interest.

The documentary, This Hits Home, will be completed in January. Screenings and release will follow. Scotia Entertainment will follow up with a feature film and a docu-series. Its objectives are to entertain and inform. I am still passionate about acting so I will continue to pursue “my big break” as well as producing, directing and writing music.

What is “success” or “successful” for you?
Small successes from completing a project and reaching an audience will keep me going but true success is in being able to continue the journey and produce quality entertainment for years to come. 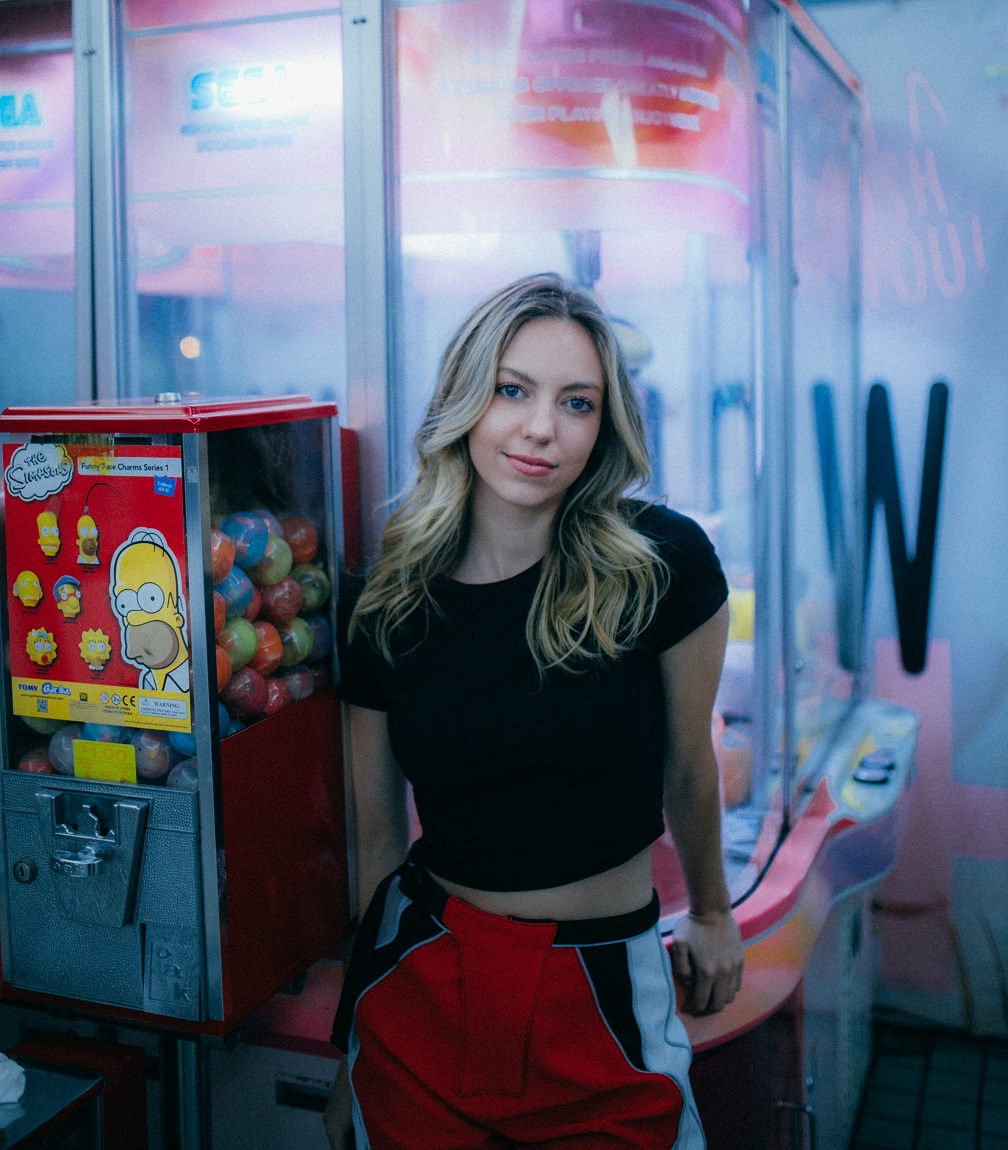 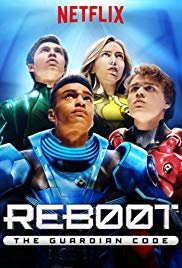 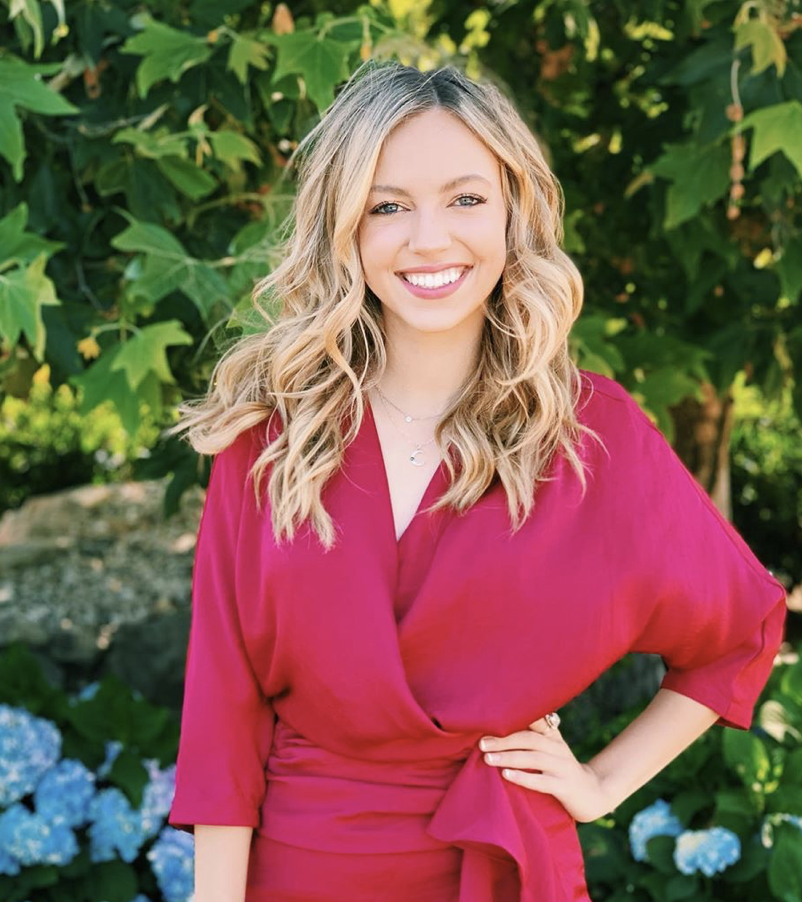 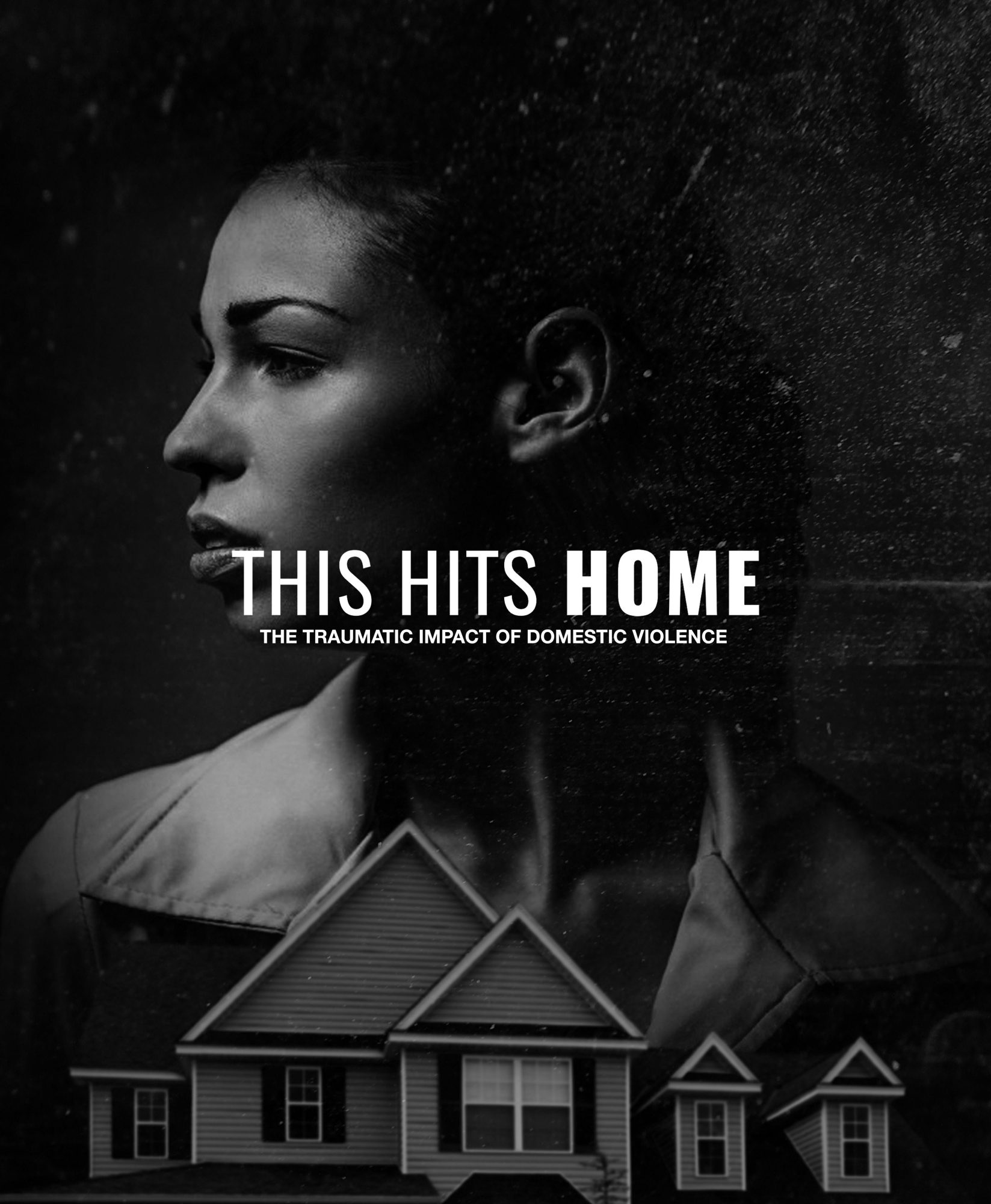 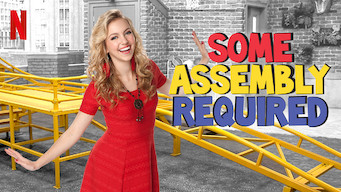 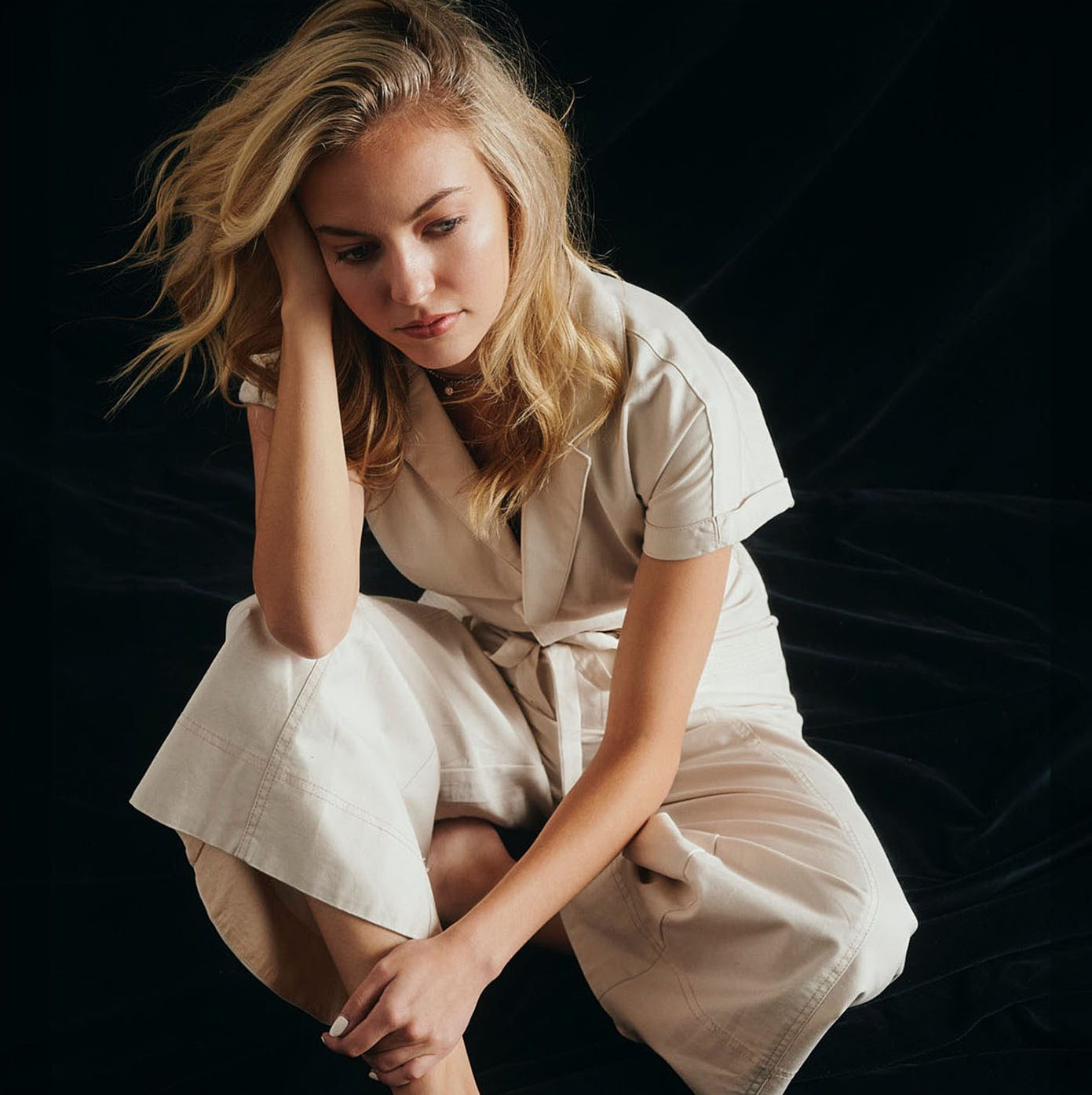