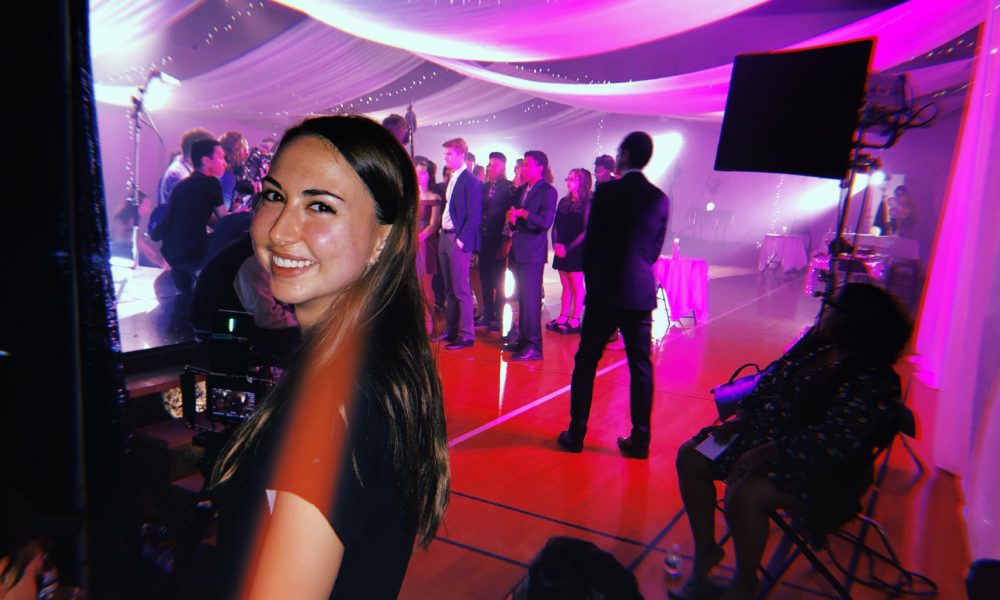 Today we’d like to introduce you to Sydne Horton.

Sydne, let’s start with your story. We’d love to hear how you got started and how the journey has been so far.
Filmmaking has always been a large guiding source and escapism in my life. At a young age through my adoption and my own personal battles with self identity, I discovered filmmaking as the tool I needed to further express my observations and emotions happening around me. From driving my parents crazy by rewatching various films over AND over to begging them to partake in my childhood short films, they’ve become my biggest supporters and they have really allowed me to explore this enamored passion of mine.

At 12 years old my parents gifted me my first handheld camera which undoubtedly became more than an accessory I carried around, but a part of who I am. My eyes and ears became that camera and I didn’t know it then, but that Sony Handheld was going to carry me into Film School and introduce me to the life I have now. Most kids around me at this time were fixated on learning how to apply make up and scheming with their friends about their school crushes while I was in my own world filming short stories with inanimate objects, my friends, and my family.

When High School hit, there was a lot of pressure about knowing who we were going to be for the rest of our lives and from day one we were already discussing what we thought our College Major should entail. Without even thinking about it, I would tell everyone I was going to be a Director, not necessarily because I thought that was attainable (living in the Midwest, that path is hardly discussed), but because I didn’t want to have to face a reality where I wasn’t doing what I loved and I was afraid of the inevitable idea of growing up.

I went to a very competitive school and for that I am incredibly grateful. I was challenged in nearly every subject and I was lucky enough to have an IB Film Course my Junior and Senior year which was full of watching and analyzing classic cinema, deconstructing films, and filming/editing our own short projects. Through this course, I found myself looking forward to class, constantly wanting to learn more, and allowing myself to see Directing as the path intended for the life I want to live. I truly started becoming a full on Cinema Nerd, I would rent or buy as many biographies by my favorite Directors and Filmmakers and I would write on post notes my favorite quotes from these readings and hang them around my bedroom as forms of inspiration and guidance.

When the time for college came around, I made the decision to attend Columbia College Chicago to study Television Directing and Production with electives full of both cinema and tv classes. Living in the city of Chicago will forever be an indescribable experience and my love for that city never seems to fade. Through my studies at Columbia, I was given several hands on opportunities to learn about each stage of the filmmaking process and I gained some incredible lifelong mentors. Outside of classes, I worked for the TV Department’s “Frequency TV” station as a Producer and Director where we filmed live events, made student packages, short form stories, etc and I would work as a day playing Production Assistant on professional projects when those opportunities would arise.

After my sophomore year, I was given the opportunity to intern with the highly competitive Television Academy Foundation for the summer in Los Angeles, CA and to this day, I confidently believe this opportunity changed my life and helped open doors that have lead to where I reside today. This internship program was eight weeks full of hands on experience in the industry and an insider’s look to the inner workings of media making. 50 people from around the world were chosen for that summer’s program and through that I made lifelong friends and collaborators.

As this internship was coming to an end, I was guided by our Internship Head to do whatever I could to graduate college early so I could get back to Los Angeles as soon as possible to not only build more connections, but keep the ones I made that summer. Luckily for me, I was already a nerd in college taking more classes than necessary, so I was able to follow the guidance I was given and get out to LA a year earlier than initially planned.

Two weeks after graduation, I made the official move to Los Angeles, CA and started my LA Residency with an internship opportunity at Blumhouse Productions. As a huge horror geek, this was a dream come true. I had the opportunity to learn and grow from some of the most knowledgeable horror industry creators and it further strengthened my love for the horror genre. During my time at Blumhouse I moved from interning, to being an Office Production Assistant and I eventually became a temporary executive assistant for the Presidents’ of TV.

With aspirations to gain more on set experience, I made the move from Blumhouse to the polar opposite company, Nickelodeon. I definitely got lovingly teased for making such a genre jump, but the hands on set experience and further insight definitely made this risk worth it. I started with Nickelodeon’s “Nicky Ricky Dicky & Dawn” as a production assistant and moved to Season 1 of “Knight Squad” before being promoted as an Assistant Coordinator for “Knight Squad’s” Season 2.

In between and even during these gigs, I have found myself working on passion projects because at the end of the day my dreams keep guiding me towards directing. A friend of mine/writer reached out during “Nicky, Ricky” about a project they wanted a Director/Producer to help bring to life and we tirelessly managed to bring our project “Flicker” to fruition. “Flicker” is a short experimental film that explores society’s interconnectedness with social media and how these modern day apps construct facades of who we really are and what we are going through.

The goal of this project was to shed light on those struggling to accept and face their own realities and truths and it really allowed us to use social media pop ups as a driving source of the story. Through a kick ass team of collaborators, we were lucky enough to have “Flicker” make its world premiere this summer at LA Shorts International Festival and we are excited for the festival appearances to come.

With fire and excitement from the process of creating “Flicker,” a majority of the same team joined back up to create our most recent project “Meta,” which finished filming at the end of August. “Meta” is an incredibly powerful and personal story that resonates deeply with the writer, Savannah Ward. The story follows our Trans Masculine lead, Artie, on the night of his Senior Prom where he unexpectedly gets his period just moments before making his way to stage for Prom Court Nominations.

This project really allowed our team to explore Trans dysphoria and experiment with a a self vs self piece. As a Director, this has been my most exciting and challenging project to tackle thus far – from 40+ background prom goers to having to dig into some really emotional scenes, I am incredibly grateful to have been given the opportunity to bring the visuals of “Meta” to life.

And now that we’re all up to date on how I got to where I am today, I am currently living in the post-production space of “Meta” while working in Props for a new Netflix Show and tackling pre-production responsibilities for a documentary I will be directing.

With fire and excitement from the process of creating “Flicker,”

Has it been a smooth road?
It definitely has not been a smooth road, I personally don’t think there is anything smooth about the Entertainment Industry – especially as a woman. While women are slowly being presented with more opportunities in the field, we still have an incredibly long way to go in terms of representation and stories. I am hopeful for the future though and with everything, it takes time to make a substantial change. We have to keep pushing!

The industry is also a challenging space to live and thrive in due to its instability and it truly is not a place for the faint of heart. When a project or show comes to an end, there always seems to be a heaviness weighing on the people that know that particular ride is over and I often find myself in a weird space of mourning the closure of that project’s production and the excitement to find something new to bring to life.

I’d say some of the hardest struggles consist of staying positive and remembering what you have already accomplished. It’s far too easy to compare your successes to others and I often find myself having to reiterate that everything in my own life is a potential of growth and insight meant to guide my path of success, not someone elses. Maybe it’s due to this insanely easy access to watch someone else’s success soar through the social media verse, but I’ve also found myself having to reality check my own age/life verses someone thriving a bit later in their life. No matter what, I think the best thing to remember out here is that hard work, passion, and never giving up can truly pay off.

Tell us more about your work.
I am a freelance Director, Producer, and Photographer. My largest passion lies within the Directing Realm, but I have found working with photography to go hand in hand with my ability to communicate with my Cinematographer and getting the desired composition and lighting set in frame.

I am most proud of my eagerness to constantly learn more about every part of the filmmaking process and always trying to build up my skill set. One of my mentors really engraved into my brain the importance of not limiting yourself and the concept of faking it until you’ve made it. Through this ideology I’ve had the opportunity to production design the back stage lounge of the Chicago Emmys, work as a photographer for various print ads, delve into the world of Props and Produce differing projects. While my driving source and life goal is to continuously direct films and various media projects, I’ve found that gaining skillsets in other key positions that help bring a project to life has not only made me a better communicator, but more importantly, a better listener with my collaborators.

With this all being said, I truthfully believe that I can be set apart from others because I have literally placed myself in as many other shoes as possible to strengthen my communication as a Director and my passion for creating art is never-ending.

How do you think the industry will change over the next decade?
In the next 5-10 years I am hopeful that this push for more female driven industry mentorships, grants, job opportunities etc has continued in its growth and that we really strive to provide more diverse representation in both children and adult storylines.

I think with the state of the world as it is now through our news media outlets and just varying predictions of the future, I believe psychological thrillers & horrors and very Black Mirror-esque shows will continue to thrive. I also believe with younger generations stepping into the media creator roles we can expect more content to challenge the traditional storylines we follow today and for there to be a much needed expansion in the LGBT storylines as well. 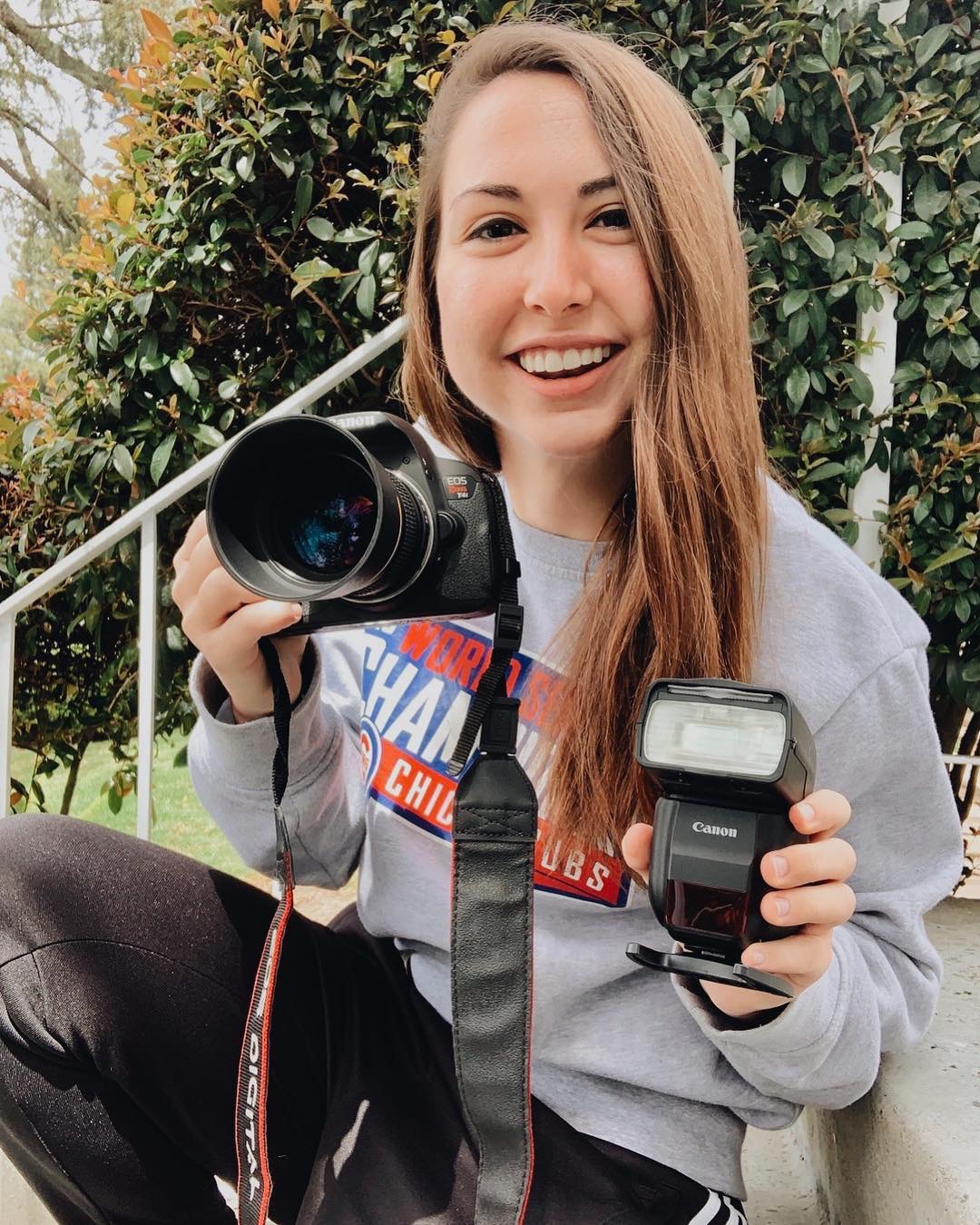 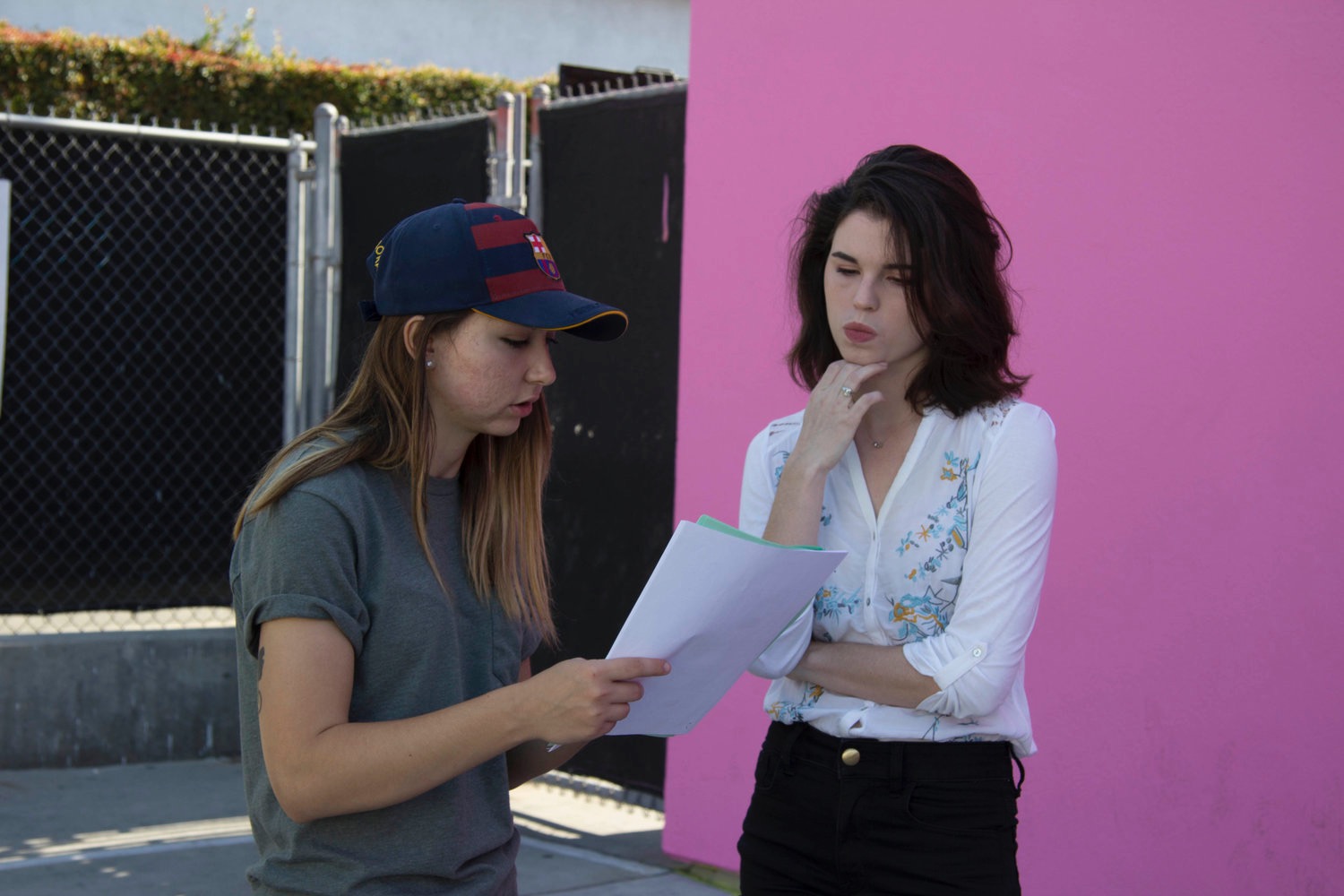 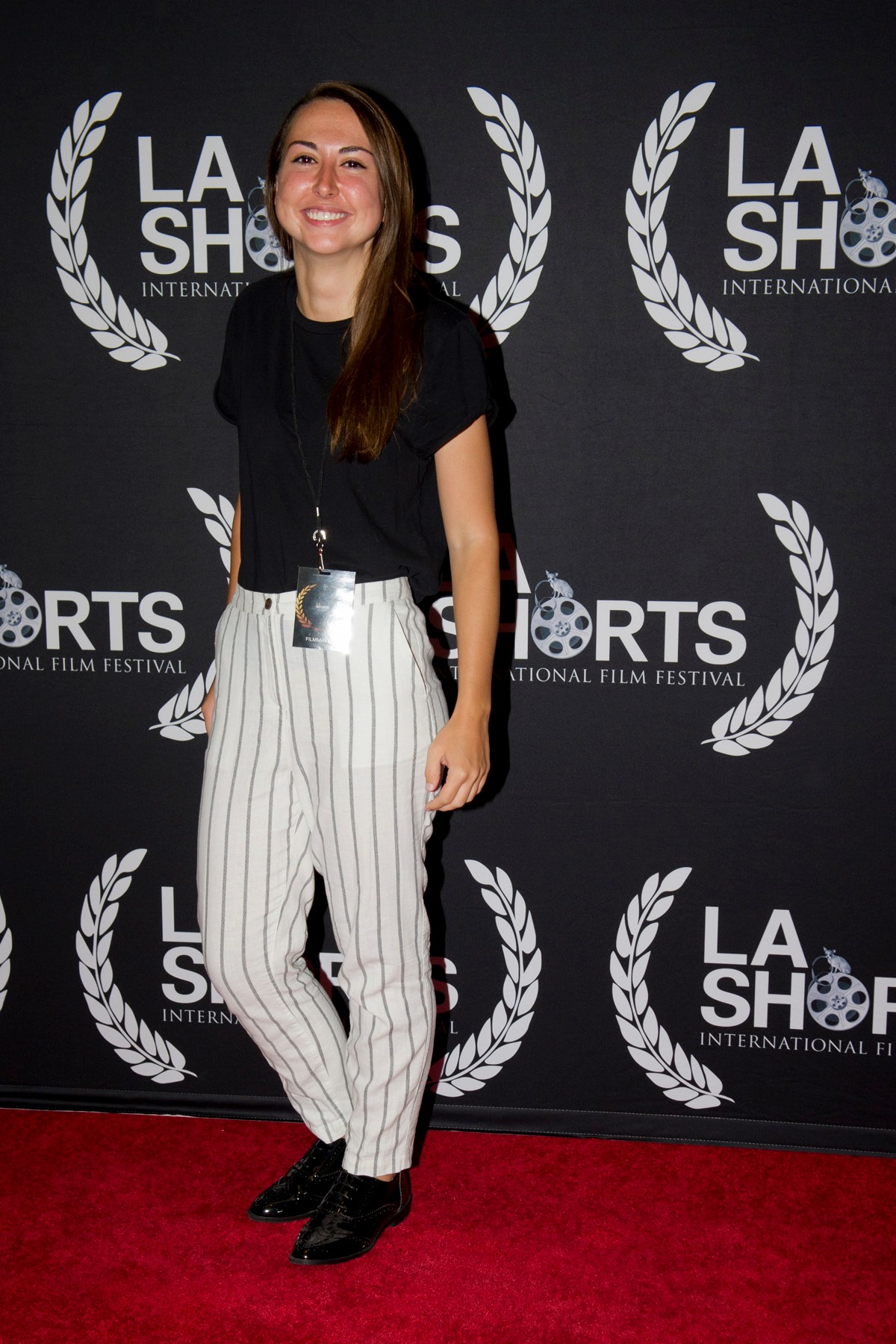 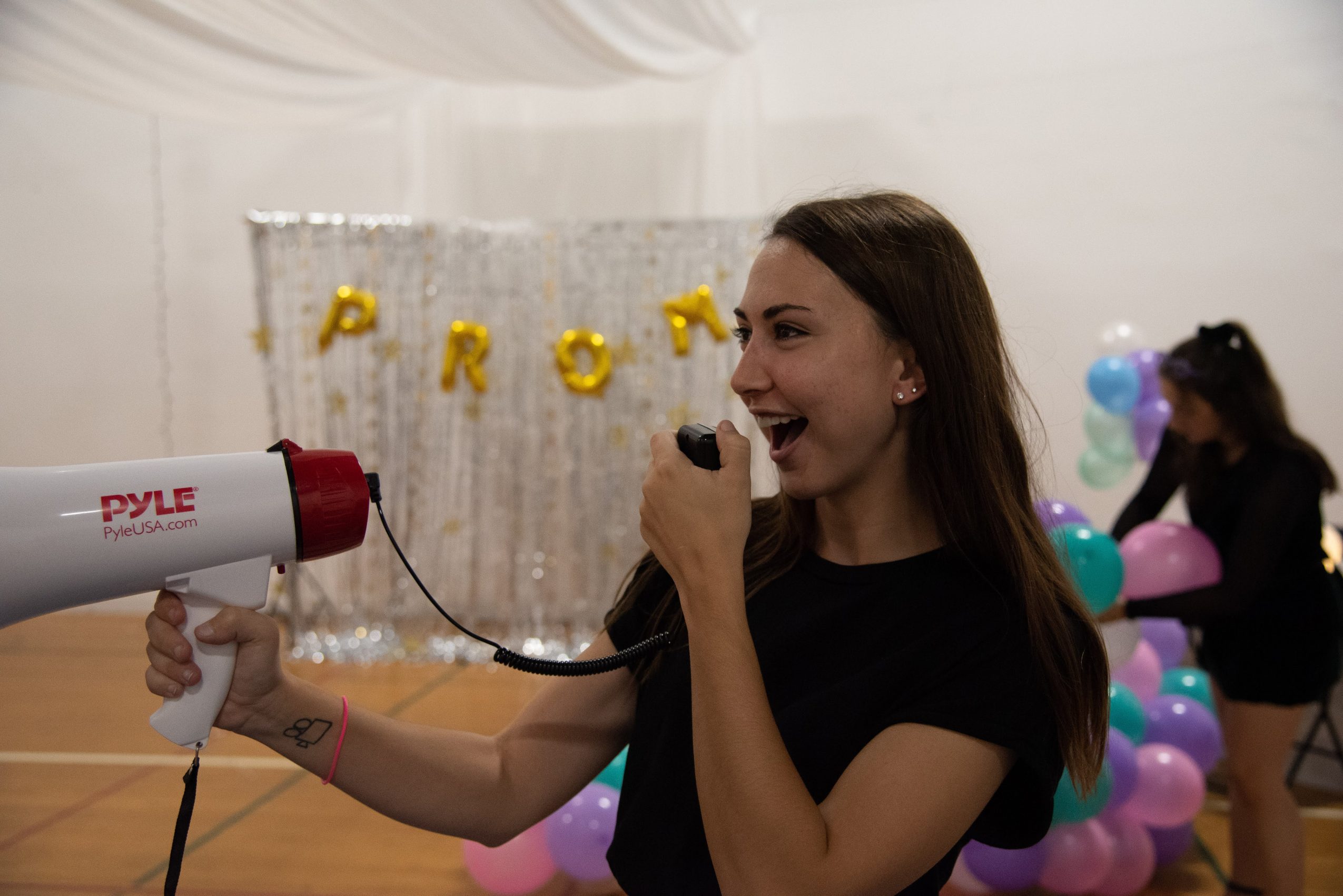 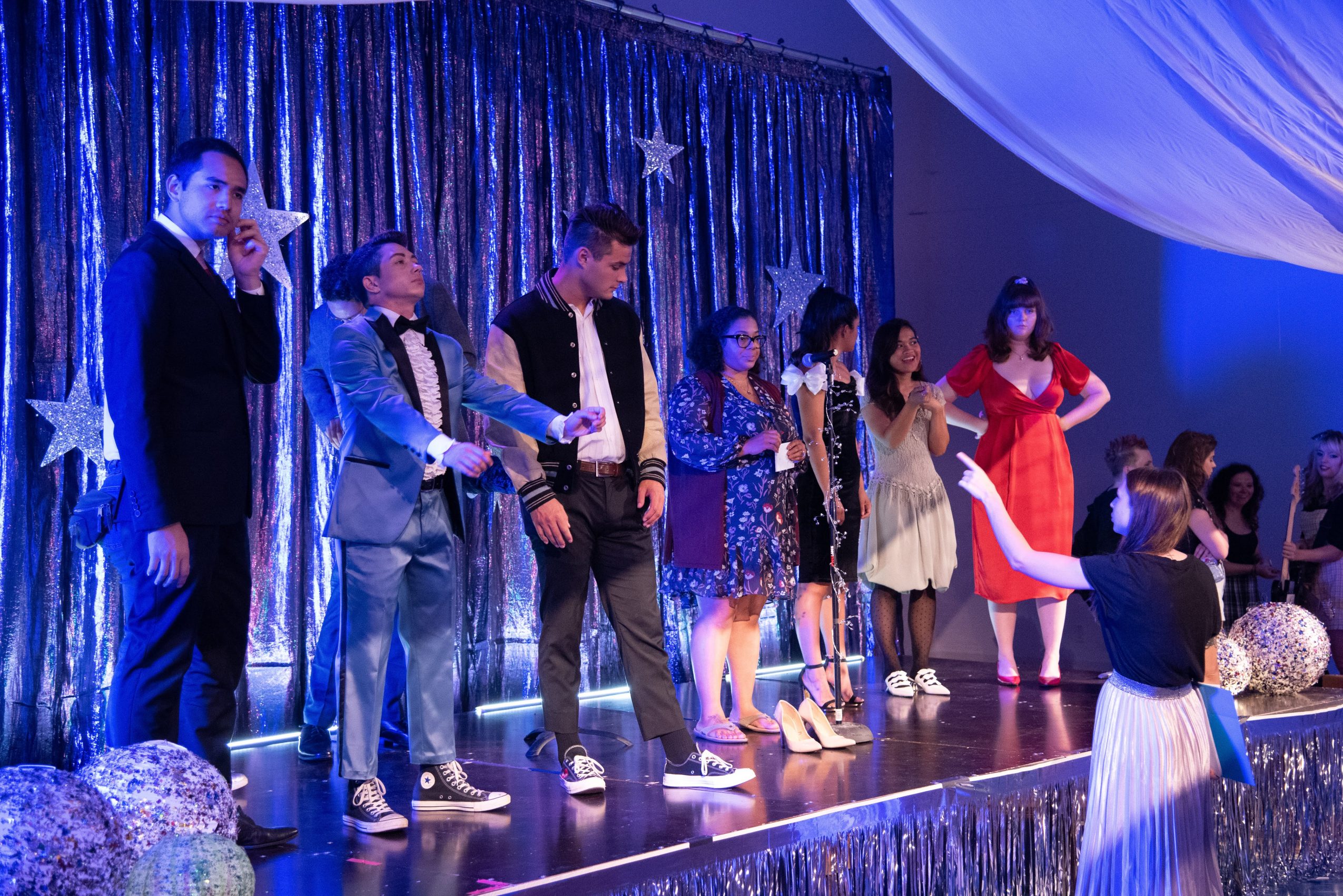 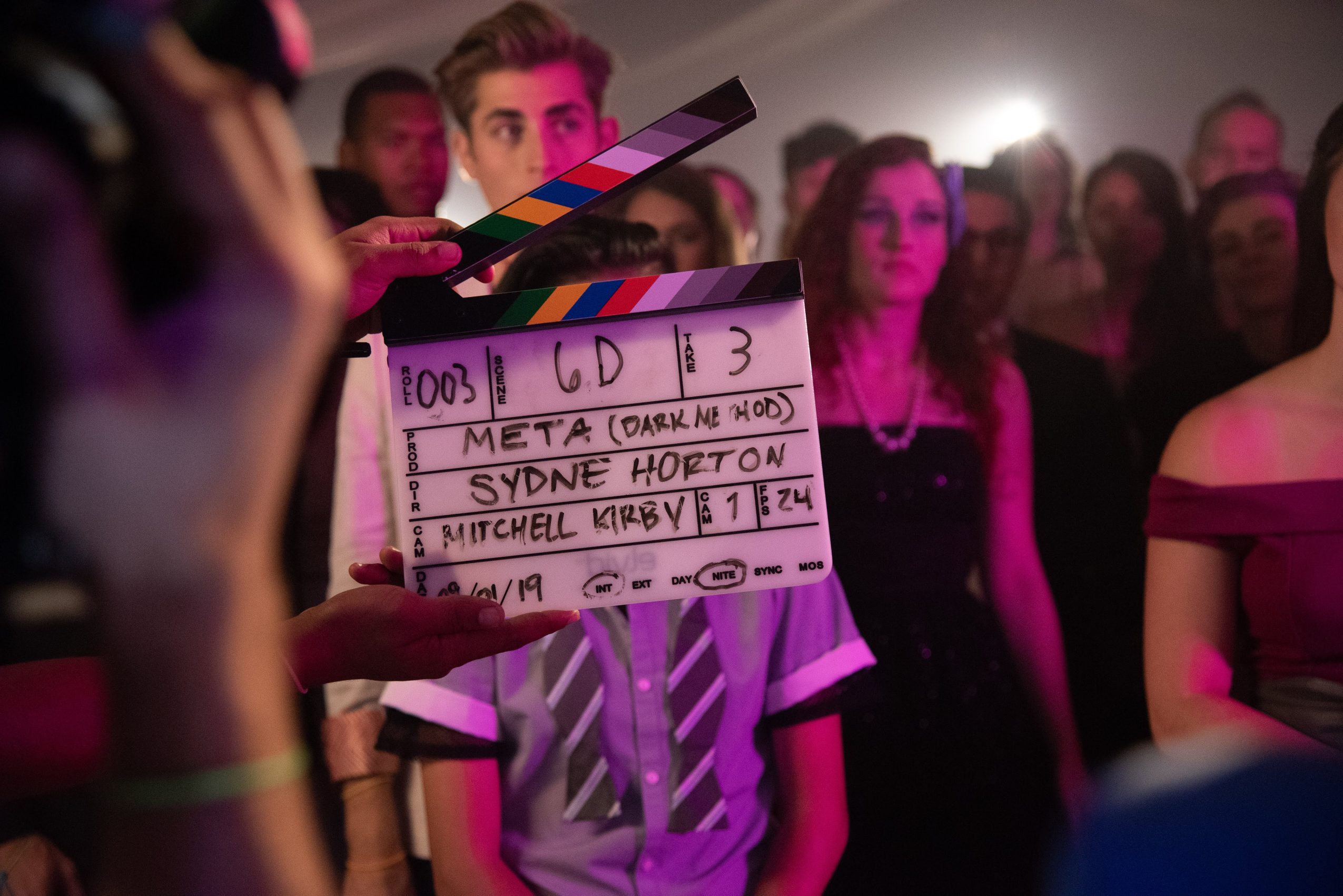 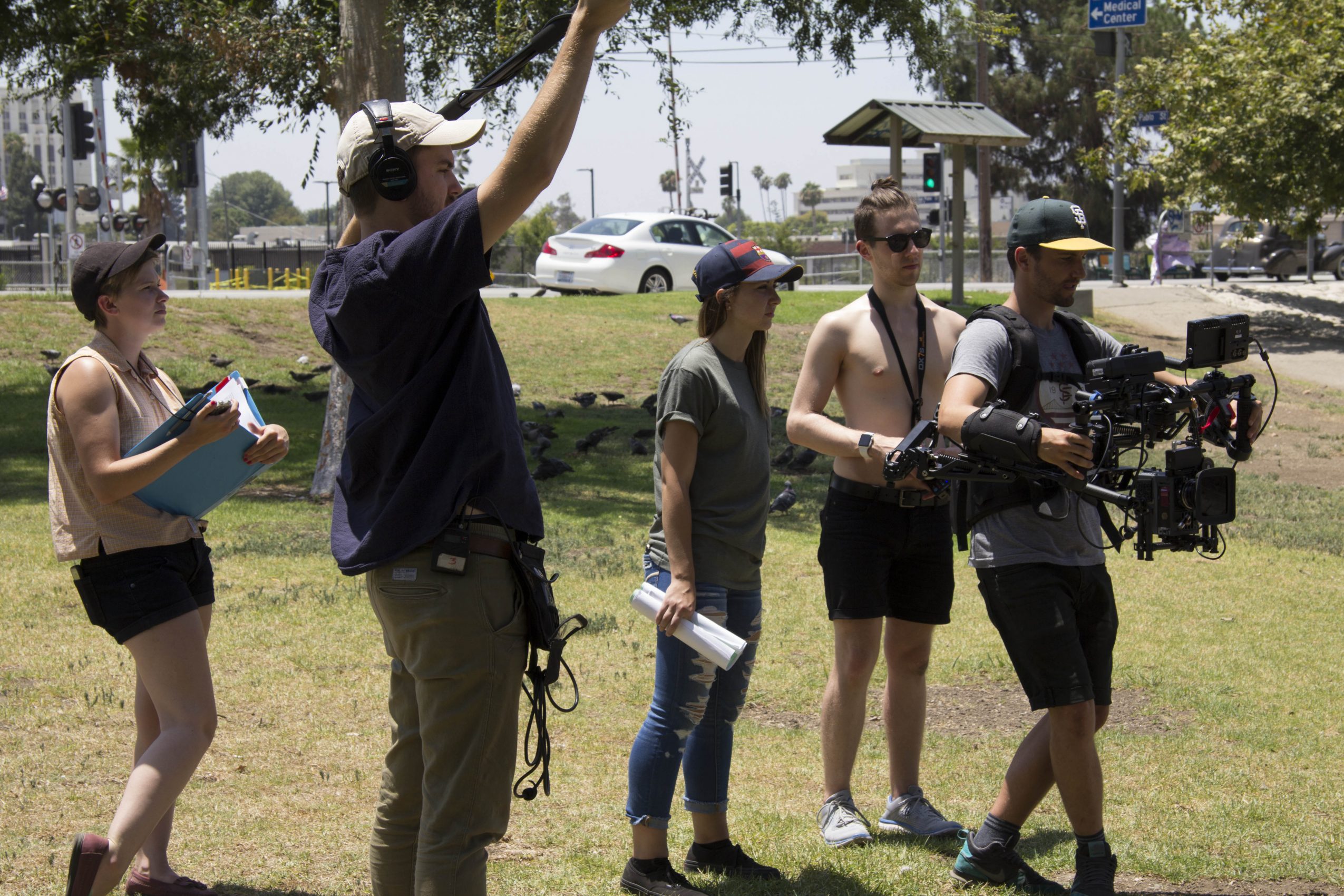