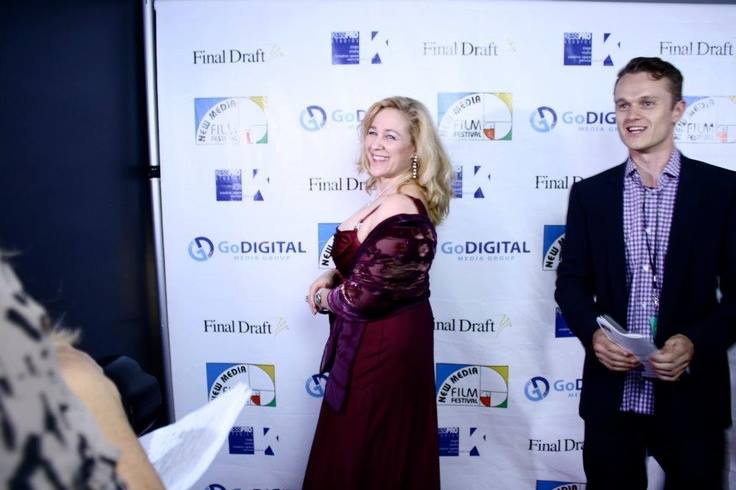 Today we’d like to introduce you to Susan Johnston.

Thanks for sharing your story with us Susan. So, let’s start at the beginning and we can move on from there.
When the economic crisis hit in 2008, I thought long and hard about the skills and experience I had garnered to date and how could those experiences help storytellers. In 2009 New Media Film Festival was announced in Second Life as part of the C3 – United Nations – Millennium Project as an annual event. The Festival brings together the work of established and emerging New Media Content Creators and video artists, from the US as well as internationally.

As Councilmember Paul Koretz stated: “The New Media Film Festival is one of the most unusual yet exciting festivals in the world. Thanks to the hard work of Founder/Director Susan Johnston and her board, this festival embodies the transformative power of the cinematic arts as it effectively welds together story and technology for everyone.” New Media Film Festival introduces new technology, communication of ideas through panels and Q & A’s to implement a more expansive use of 21st technology in storytelling for artists and content creators.

The Goal of New Media Film Festival is to bring the world the Best in New Media – Honoring Stories worth Telling of emerging and established video and new media artists.

Great, so let’s dig a little deeper into the story – has it been an easy path overall and if not, what were the challenges you’ve had to overcome?
Loud Laughter. When the road has challenges, we find the root issue and address it. The technology we needed to run everything efficiently and affordably was not created yet, so we bypassed a lot of systems. Constantly we had to innovate new ways of doing things, which meant trial and error and teaching why and how to use this new way of “things”.

We were exhausted, reaching a global audience and learning everyone speaks and hears differently.

Tell us about your business/company. Honoring stories worth telling. Merging technology and story.
What do you do?
Visionary

What do you specialize in?
Implementing ideas that help content creators – artists – storytellers, above and below the line.

What are you known for, etc?
“Makes the cutting edge accessible” – Huffington Post and “Worth the entry fee” – MovieMakerMagazine.

What are you most proud of as a company?
All of the people that are part of the New Media Film Festival family believe in the power of story to empower and transform. It is wonderful to witness the success of those storytellers.

What sets you apart from others?
We really care.

Here are some of the success stories:
The Dark & The Wounded

Distinguished Canadian artist, James Picard, is known in the art world for his beautiful, emotional paintings. In 2012, he began his renowned series, The Dark & The Wounded, which can only be described by Picard himself, “It’s about dealing with our issues as individuals, as a society and as a species on the planet. It’s about understanding and healing and looking at things we’ve been afraid to acknowledge. By facing our reality, getting past our fears and finding freedom, it creates an understanding and compassion for others.”

The paintings from The Dark & The Wounded series were exhibited in a North American tour leading up to a 2015 show in San Francisco’s Alcatraz prison. Throughout the tour, Picard had been filming his shows, which he then put together into a short documentary and submitted to various film festivals, including the 2017 New Media Film Festival.

Picard’s documentary, also entitled “The Dark and the Wounded”, was not only accepted into the New Media Film Festival but won Grand Prize award.

Since “The Dark and the Wounded’s” Grand Prize winner at the 2017 New Media Film Festival, Picard’s series has only grown in popularity. He was recently offered $1,000,000 for his “Apparitions” painting by a Russian collector represented by German art agent, Natalia Ivanovsky. Picard’s incredible talent has brought him great success in the art and new media world.

MOTH VITALS:
“MOTH VITALS” is an experimental short documentary by the director, Nancy Wyllie. The film recounts two unusual cases brought to Wyllie’s long-time friend, Rhode Island Veterinarian, Dr. Peter Belinsky. Belinsky’s narration and Wyllie’s directing make for a truly innovative piece that is as unique as it is impactful.

Wyllie decided to enter “MOTH VITALS” into the 2016 New Media Film Festival. The film was accepted into the festival where it has its LA premiere. Since screening at the New Media Film Festival, “MOTH VITALS” has been shown at many other film festivals. It was also one of 28 films selected from over 800 submissions from 63 countries to be screened at The Darwin Museum in Moscow. Director Nancy Wyllie has also seen further success in her career after the 2016 New Media Film Festival. She recently accepted an invitation to sit on a panel with four other filmmakers to discuss strategies for navigating the film festival landscape.

Inner Worlds, Outer Worlds:
“Inner Worlds, Outer Worlds”, a film by Daniel Schmidt, President of REM Publishing Ltd., seeks to help people discover the missing connection with their inner world and find the balance between their inner and outer worlds. This two-hour, feature-length film dives deep into the beliefs and teachings of figures like the Buddha and Aristotle.

Schmidt’s film, narrated by Patrick Sweeney, is a beautifully produced piece that has seen great success following its screening at the 2013 New Media Film Festival. “Inner Worlds, Outer Worlds” has since been able to generate a huge audience through its YouTube channel, AwakenTheWorldFilm, and their partnership with Select Services Films. Additionally, the film’s exposure at the New Media Film Festival has resulted in increased PayPal donations for future projects. “Inner Worlds, Outer Worlds” director, Daniel Schmidt said of his experience with New Media Film Festival, “…our decision to enter the New Media FF was an excellent one, both financially and in terms of reaching a greater audience. They are the real deal!”

Noel Lawrence:
Editor, writer and director, Noel Lawrence, whose work has been featured in The New York Times, The Wall Street Journal, Salon.com and more, met fellow director and producer, Oscar Arce, at the New Media Film Festival. Lawrence and Arce then teamed up to produce a music video with legendary American musician, Parliament-Funkadelic member and Rock & Roll Hall of Famer, Bootsy Collins. The lead actress in their music video was also cast through a New Media Film Festival connection.

Bellous and a group of nine volunteers, including Eye Care 4 Kids Director, Jan Carbone, traveled to Vientiane, Laos where they provided a Mahosot Hospital with contemporary equipment, trained staff on proper eye care practices and provided free eye exams and glasses to the locals. In their five day trip to Laos, 2400 men, women, and children were provided with eye exams and glasses.

Brian Beacock:
Actor, writer and producer, Brian Beacock, was a part of the 2nd Annual New Media Film Festival in 2011 for the witty, over-the-top, comedy series, “McCracken Live!”, which he wrote and co-directed with Andrew Moorman. The 2011 series follows Tyler Hanson, played by Beacock, and his larger than life alter-ego Carol Ann McCracken as they struggle with a failing cable network, frantic co-workers and an identity crisis of epic proportions. “McCracken Live!’s” quirky humor snatched it the first ever Best LGBTQ+ award!

Since Beacock’s win at the 2011 New Media Film Festival, he has continued to be a part of hugely successful projects as an actor, writer and producer. He currently has two BVTA People’s Choice Voice Acting awards for his work in “Durarara!!x2” and “Ao no ekusoshisuto”. In 2016, his “Acting Dead” costar, a comedy/horror series which he wrote and starred in, won a Primetime Emmy Award for Outstanding Actress in a Short Form Comedy or Drama Series. “Acting Dead” also won a FilmQuest and Indie Series award for Best Webseries. Beacock also walked away with an Indie Series award for Best Writing (Comedy) for his work on “Acting Dead”.

Is there a characteristic or quality that you feel is essential to success?
Integrity. Being fair to all filmmakers.

One of our guests said it best:
As an African-American filmmaker, I’ve never felt more relaxed or inspired at a film festival. While #OscarsSoWhite is trending in Hollywood, The New Media Film Festival 2016 has quietly shown the world how to honor content makers from across every discipline imaginable—and every ethnicity—without sacrificing its core identity. That’s an amazing feat, worthy of imitation. I think The New Media Film Festival is the future of film festivals. Congratulations! – John Carstarphen 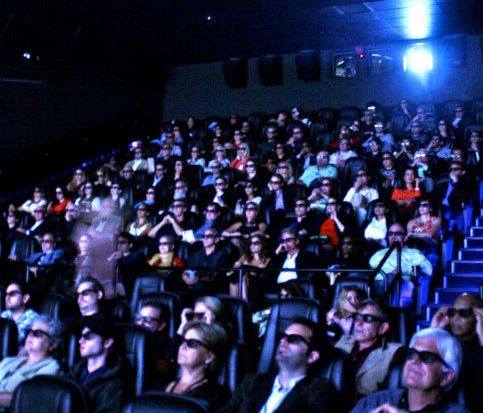 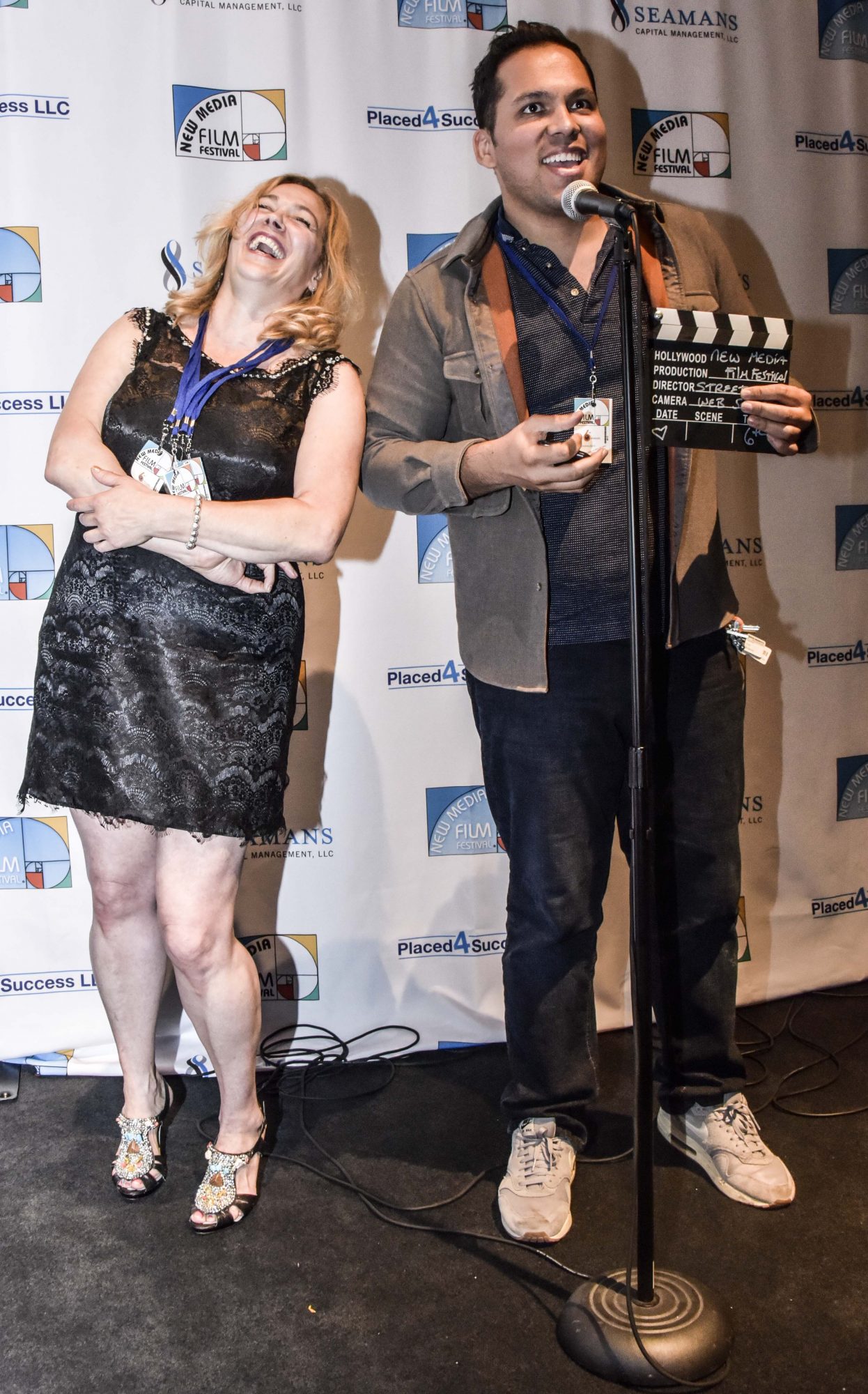 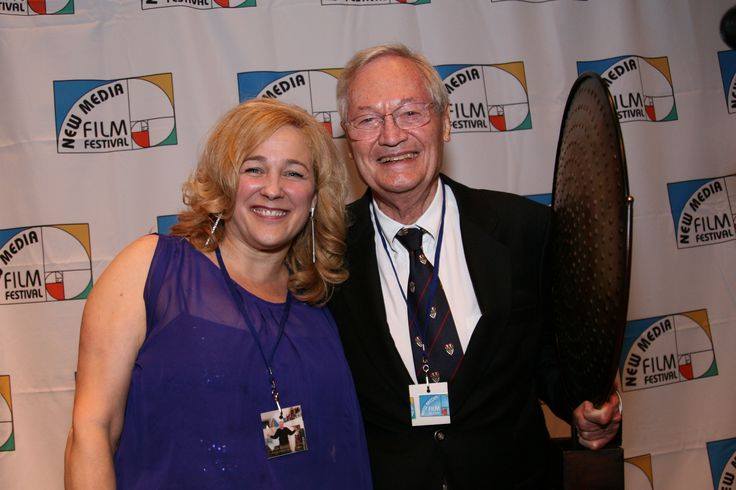 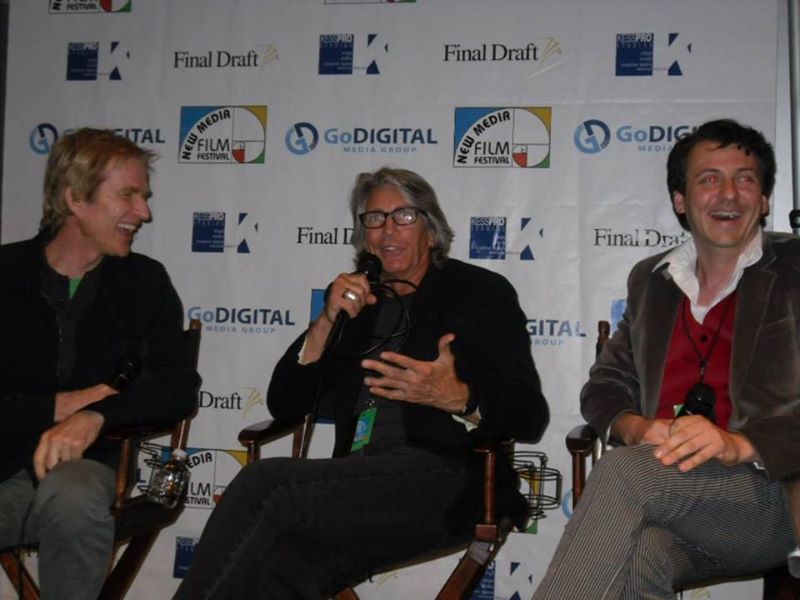 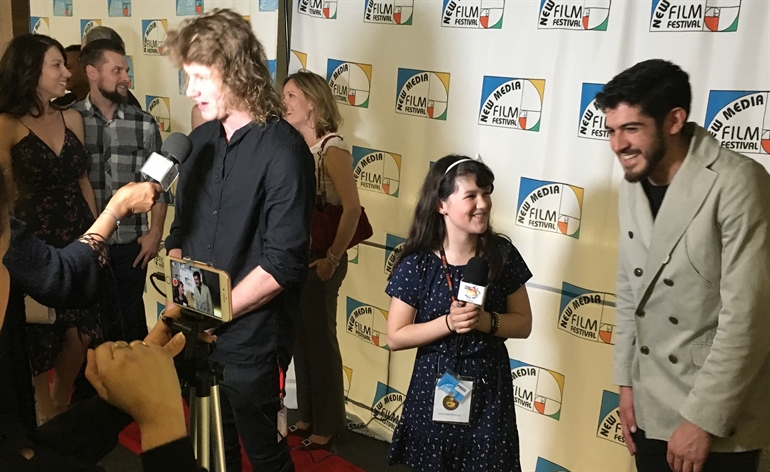