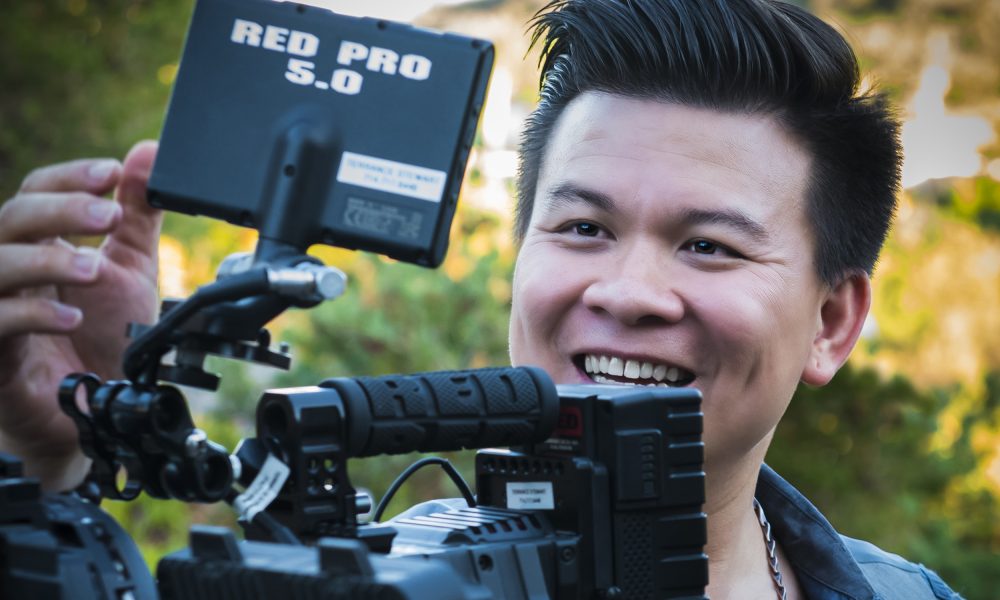 Today we’d like to introduce you to Thien A. Pham.

Thien, let’s start with your story. We’d love to hear how you got started and how the journey has been so far.
I was born in Vietnam and came to the United States when I was 16. During my last year in high school, I discovered my love for filmmaking, and while still in college, I founded Sunrise Seagull Productions to start producing in-language Vietnamese commercials. At the time, I thought I would build the company to be the top commercial production house here for the Vietnamese market. I had recently produced and directed the first ever McDonald’s sponsored Vietnamese-US singing TV show competition, and shortly after starting the company, partnered with clients to create the first US-produced TV commercials for the Vietnamese-American market for two century-old brands.

I was fortunate to have good friends also in the industry, and they really helped support me during the company’s start-up phase. As our quality and work ethic was being demonstrated consistently, our client portfolio grew and we were entrusted to produce projects for multiple market territories and in various languages, including Spanish, Korean, Mandarin, Vietnamese, Tagalog, Portuguese and Greek.

This is when it became very intentional for me to advocate for diversity in film and media. Being bicultural and bilingual Vietnamese and English, it felt natural to me to embrace multiculturalism. But as I waded deeper in the industry and marketplace, I saw the on-going struggle of bringing diverse, multicultural content to a wider audience.

So, I started actively pursuing projects – commercials, music videos, web-series, short documentaries, films – that were ethnically diverse in nature. Then, about a year ago, our company made the leap to expand into international sales and distribution, which takes us to where Sunrise Seagull Productions is now: an international sales, distribution and media production company advocating diversity in film and media.

Has it been a smooth road?
To say entrepreneurship is not easy would be a huge understatement. And then in the production world, it seems like Murphy’s Law is always chasing at our heels. In looking back, I think we’re more fortunate than others. I’ve been in the industry for 15 years, almost 11 years with the company, and we’re still here. Our business challenges are no different than others, just specific to the space we’re in. Never enough budget for a project, talents cancelling last minute, productions running overtime – or in our case, running 36 hours straight.

Like any business, we’re constantly thinking of how to bring value to our clients, partners and stakeholders. That’s how we grew from producing Vietnamese language commercials, to producing media content in over 15 different languages, to now international film and TV sales and distribution. We don’t want to be complacent in the marketplace. The key to growing is an open willingness to change. In production, there are so many moving parts when we produce that if we’re not constantly creative and resourceful, we get stuck.

“Adapt or die” is a favorite quote of mine.

We’d love to hear more about your business.
For us, it’s important to share stories about human differences and similarities. That’s why Sunrise Seagull Productions specializes in bringing film and media content with strong diversity, family, and cultural themes to the worldwide audience. We represent underserved content producers and champion the diverse, independent spirit. With our strong business and international networks, we optimize the salability of film titles and media content, and creatively widen the distribution channels.

Our services include development, production, co-production, representation, sales and marketing, and distribution of media content to the international markets. To date, our film, TV and commercial portfolio encompasses works in more than 15 different market territories and languages.

People often ask me if I speak 15 different languages. I wish I were a polyglot, but the answer is ‘no.’ I’m bilingual Vietnamese and English, and learning Mandarin right now. Inevitably, they follow up by asking me how I’m able to produce projects in languages I don’t understand. Something I learned early on is that we may have different color skin or speak in different tongues, but at the core, we’re the same. We have the same basic 8 emotions: fear, anger, sadness, joy, disgust, surprise, and trust. Emotions are universal. And in the media creation world, it’s the emotions in the storytelling that is king.

We’re really driven right now to creatively find distribution channels for independent, diverse content. Even with how distribution has evolved with the different web and mobile platforms, getting niche titles distributed is still a challenge, as every independent filmmaker understands. In a few months, we’ll be launching a streaming video site that will bring independent Asian film titles to a wider audience.

For the remainder of 2017, we’re working on theatrical distribution for 3 independent titles, including “5 Steps of Love” which is coming out in August 2017. Then in early 2018, the feature film I’m producing, “Actress Wanted,” is slated for theatrical release.

I’m also producing and directing “Number 29,” a feature film set on the soccer field about family, culture, adversity and acceptance, with points of reflections on the intersections between the Vietnamese and Mexican cultures in Orange County, California. The film is scheduled to go into production early 2018.

I’m excited for the niche space our company is in, and the for the vertical media creation, sales and distribution channels we’re able to access and create. It’s a disruptive time, in a good way, for independent filmmakers.

Is our city a good place to do what you do?
Southern California is the entertainment hub, so it’s a great place to be for a film and media company like Sunrise Seagull Productions. The large talent pool, from cast to crew, fosters an environment where there is a continual elevation of creativity for everyone in the industry.