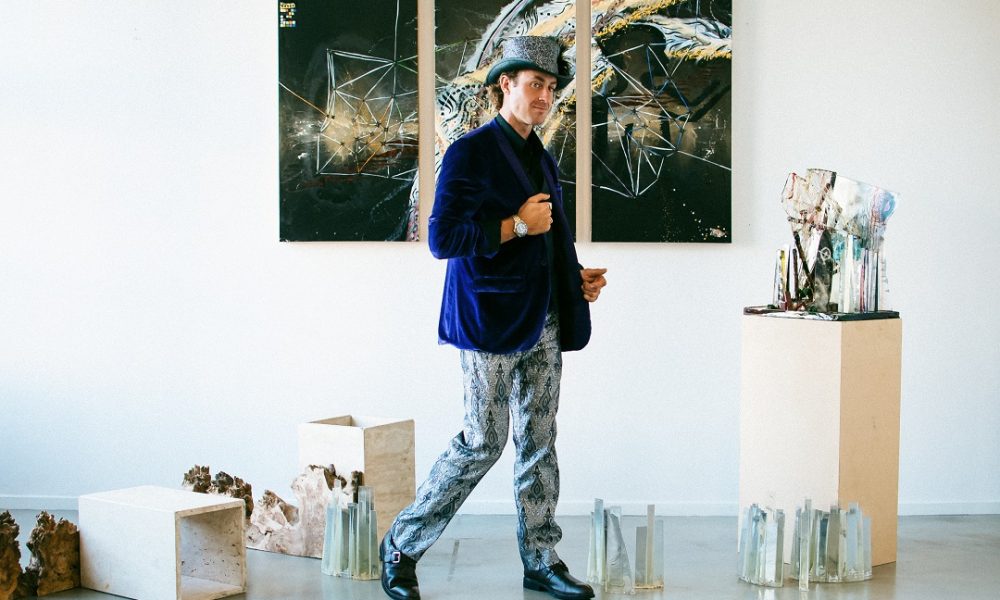 Today we’d like to introduce you to Stuart Mason.

Stuart, can you briefly walk us through your story – how you started and how you got to where you are today.
I am an artist, teacher, curator, and event producer who recently moved from San Francisco after living there for the past four years, studying at the San Francisco Art Institute and hosting a series of experiential art shows called ARTandVR. While developing these shows ranging in sizes from 200 to 2,000 attendees I quickly grew an appreciation for the ability to create an ecosystem inspired by creativity, with the focus of bridging the gap between the art and tech worlds as they have been fighting for space in the ever-growing silicon valley scene.

After graduation, I started working and teaching at a builder worker space called The Shop. Build while there I was saving up for a vacation to Bali, to experience the art scene of such a culturally colorful and serene space. One week before my one month venture, an irreplaceable part of the project I was working on that was going to fund the trip, to recharge my depleted batteries, was stolen out of the shop.

After scrambling for three weeks and changing my flight reservation, I was finally heading on my trip two weeks after my original departure date. Upon arriving in Bali after 26 hours of travel I was immediately greeted with the hustle of a swarm of taxi drivers battling and grabbing to offer their services at the airport. Shuffling away from the crowd I finally found a calm taxi driver to take me to my destination to drop my bags off and meet up with a friend from Germany that had flown in before me. On that ride into Ubud, I was overwhelmed with the sensation of a dog seeing water at the beach for the first time with how overloaded the city was with art and craft, it was everywhere and in such mass quantities.

So the trip went on and I met as many artists and went to as many galleries that I could get the opportunity for. and on the last couple days of my trip, I spent most of my savings on art as I knew I had work waiting for me when I got home. I show up at the airport tired and excited to go home with the new art I had acquired. When I got to the counter and gave the attendant my passport to get my boarding pass was when the issues started to happen. Little I did know, my return flight that had been extended in a reschedule that I made had also been voided when I missed my original outbound flight as the flight I took to Bali was on a separate reservation.

At 1:30 am I sprung into action with $250 and all credit lines maxed out I wasn’t going to let my impending doom and involuntary entrapment in paradise slow me down because you know what! I made some amazing friends along the way! I called my best friend from Germany who was set to fly to Australia in a week to brainstorm how to find the silver lining and make this bad situation turn into a new learning process and something beautiful. That night we started the process of building a GoFundMe campaign. And by the end of two weeks, we had filmed, produced raised almost $5,000 on and off the campaign to support local artists by purchasing their work and delivering it to the supporters of the campaign.

That two-week journey of recharge turned into an almost three-month campaign across Bali, Bangkok, and Hong Kong. Collecting, trading and selling 50 paintings which were exactly 40 kilos of artwork that I could roll up and fly with along my journey.

Landing back in the States my unexpected journey had overlapped with the ending of my lease in San Francisco where I had to move all possessions into storage while was still in Bali and leaving me without a home on return. Thankfully my workplace was able to provide me with accommodations. And so I began to build. All the paintings needed stretching and a lot were destroyed. The environment, as well as the air pollution in Bali, is so harsh on the artwork that it causes it to degrade at an extremely fast pace. Which is when it all clicked.

I came to Bali for its beauty but what I had noticed is that most every “serene” space was tarnished by pollution. I then began cleaning every painting with water and sponge, saving the dirty water and evaporating the water away leaving only to “pollution” that was destroying the paintings or the “serene.” Each of the paintings that I have worked on in this series from travels has been covered with a clear resin that as the sun hits it will make it begin to yellow out aka in a year or so, but for now that layer is shiny and clear. From there I took the “polluted” pigment and mixed it with clear black and white acrylic paint and started painting on these paintings and finally sealing them with a resin that will not yellow over time.

The effects of pollution are seldom immediate but often drastic. This series speaks to pollution’s causes and effects, while the curation discusses the transitions from industrial to serene.

After eight months of work Wander has brought together 14 fabulous artists that share a similar conversation of art. There will be live music, performances, painting, and a live sound bath. We have partnered with Create now for a charitable donation from artworks sold to support their youth. We also partnered with Let’s Roam the scavenger hunt based app to create a full end journey to get to the show. And not on Friday, October 11th the show is finally on!!

Great, so let’s dig a little deeper into the story – has it been an easy path overall and if not, what were the challenges you’ve had to overcome?
There have been too many struggles to count from my art being stolen, being stuck abroad and out of money, my lease ending, moving, networking a new city, raising funds for the show. but no of that can get to me because I know that with one foot in front of the next my wandering journey has opened up to so many and the help of many makes even the toughest challenges possible to overcome. no matter how hard something is or bad the situation there is always a silver lining to hold onto.

Tell us more about your art.
Wander is an event ART series designed to break away from the normal gallery format by focusing on your engagement. These events will be in undisclosed locations where you have to follow the clues to find the event. Wander isn’t supposed to be your traditional pretentious gallery experience. The concept of a hoity-toity environment when viewing ART is where we draw the line, ART should be fully experienced and appreciated without the stigmas that follow the process or a gallery owner that thinks they are better than everyone. So it is our goal to make this as too the people and for the people as possible. We are here to DISRUPT ART!

Is there a characteristic or quality that you feel is essential to success?
Passion, fortitude, confidence, and drive flat out simple! Also to keep a positive appreciative attitude to the people putting their time in, as time is the most valuable thing we have. 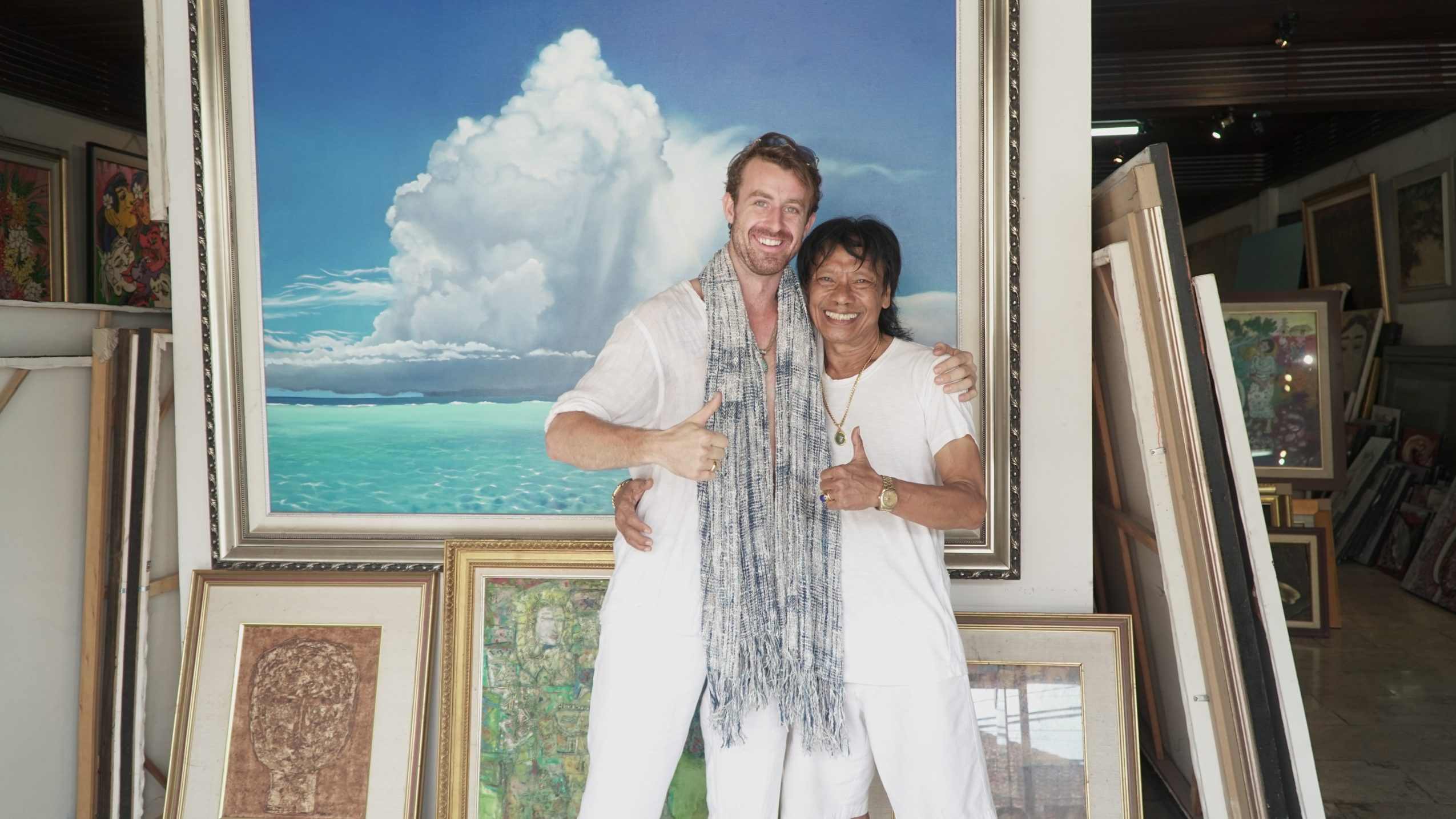 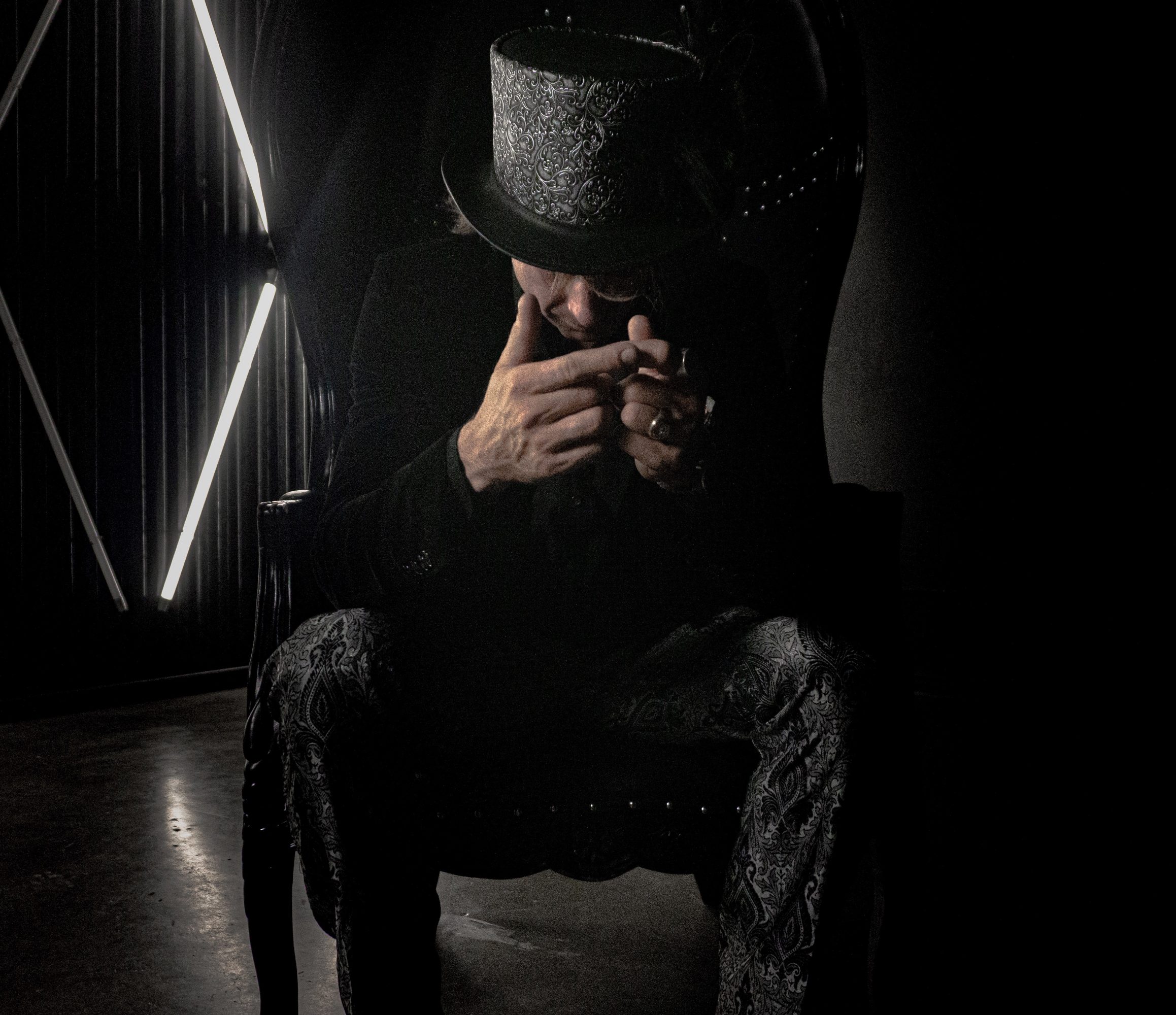 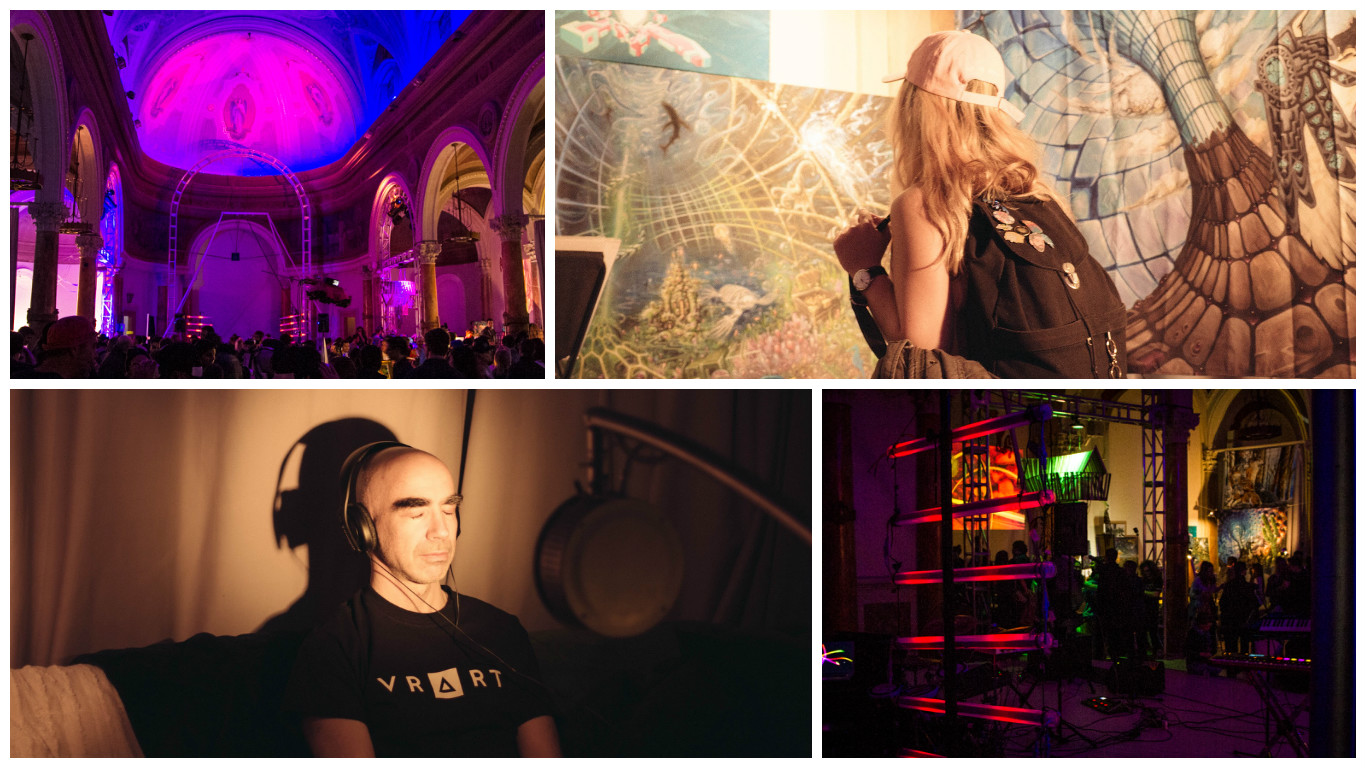 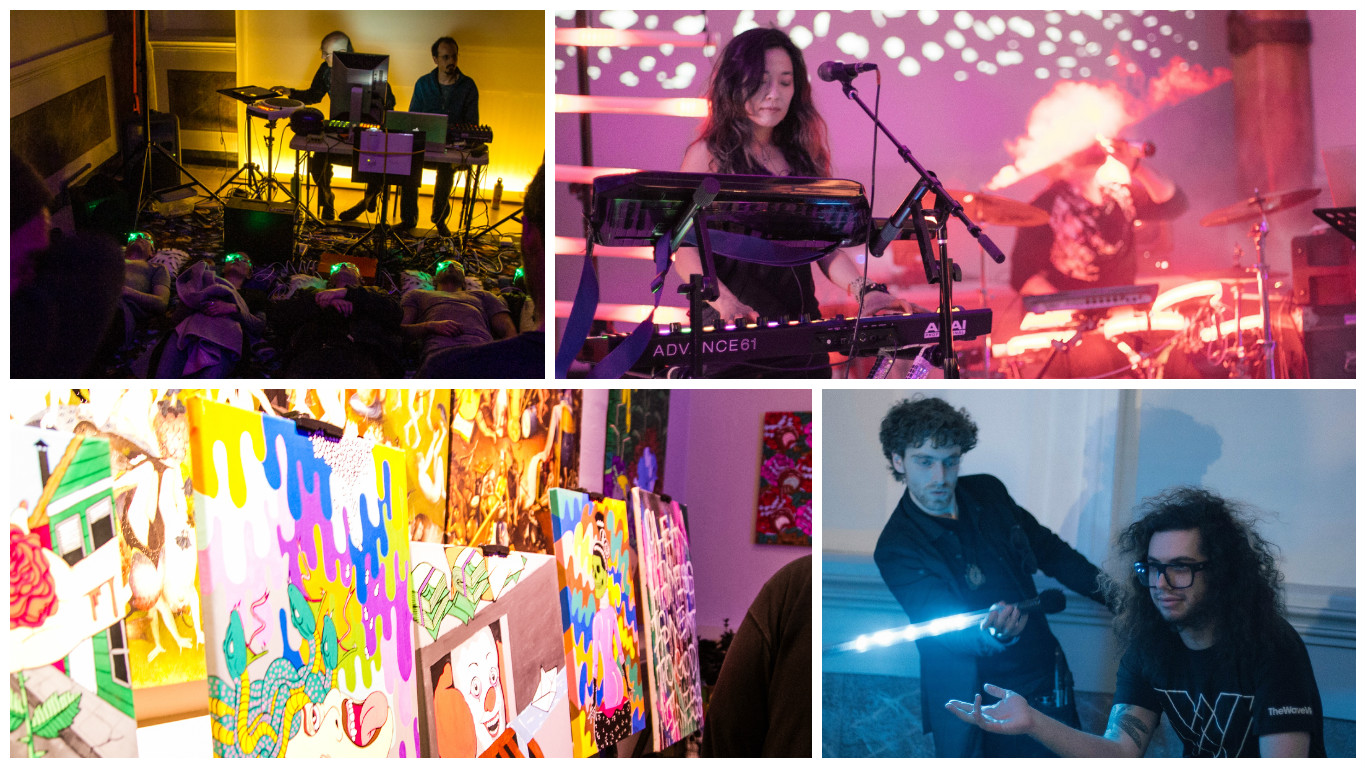