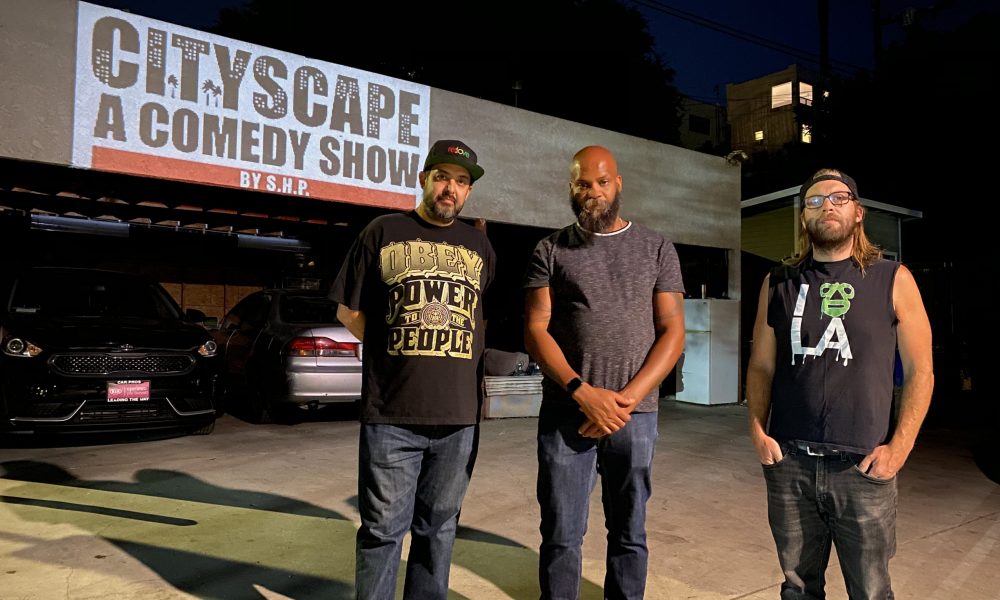 Today we’d like to introduce you to Stretch S.H.P., DJ Cadillac G and Nicholas Schiappa.

So, before we jump into specific questions, why don’t you give us some details about you and your story.
Cityscape A Comedy Show was started five years ago by a frustrated comedian & two guys having some beers! One night after spending hours out doing open mics, I (Stretch S.H.P.) came back home to my building where I live in one of four apartments with my wife & three kids. One of the other tenants (Nicholas Schiappa aka Nicky) & his brother (Dan Schiappa) who was visiting from NY at the time, were outside drinking beers. They questioned me about how the night of mics went and I just responded “awful!” At the time, I was fed up with the pay to play mics, the bringer shows, & not having a steady place for my friends & I to perform! I kind of explained this to the guys and Dan said, “Why don’t you do a show here?” That pretty much sparked everything! Nicky was on board, I was for sure, & then they mentioned that we already had a DJ! That is one of the most crucial parts to a great show, a great DJ & we had Cadillac G! He’s a dope DJ that also lives in the building but happened to be in Texas at the time.

So we decided at 2am to give him a call. We told him we were thinking about starting a comedy show & wondered if he’d be ok with it & be down to DJ. He said he would & then it was really on! We started looking at the area we had to work with & coming up with ideas. Nicky & I thought of where to put a stage, where the crowd would sit, how we were going to tie in the fire pit, & once we had a basic layout, we agreed that one of the best things about it was the view of the downtown LA cityscape. Nicky had a custom stage built & when I stood on it for the first time, I realized that comics won’t just be performing for the crowd in front of us but also for the entire city it looks like! Cityscape A Comedy Show was born! I had produced shows before. I used to be Head of Comedy for Red Rock Bar & Grill on Sunset blvd in West Hollywood so I had experience & knew what it takes to get a good stand up comedy show off the ground. It takes funny people, good music, a good vibe, & most of all patience! I was heavily into comedy & out doing it every night so I could get the funny people.

I’d seen and heard G DJ so we were good on the music. To make sure the crowd was good Nicky & I decided to put out water & hot dogs for people. I knew that because it was going to be a house show we wouldn’t have to worry about bar numbers or ticket sales. We can just get funny people here & the crowd will grow! We agreed that we would do the show only once a month, on the third Friday, as not to be a nuisance to our neighbors. Our first couple of shows were rough, no crowd! I think we started in August & went straight through for the first year. So December, January, & February were (for LA) brutally cold. Starting in March of the first year, the crowd really began to grow. By July, we had 140 people in our driveway, standing room only! Word of mouth was one of our big tools but the other were these signs that were would put out the week of the show letting the neighborhood know it was happening on that Friday. What was cool was during the week you would see people walking or driving by looking at the sign then come show day they would be there!

By our one year anniversary, we had built a steady crowd that were returning to each show & bringing new people. We usually have a crowd of about 50-60 people each show but we’ve had those 100+ nights where its almost too much! The hot dogs turned into Nicky’s BBQ! Which Nicky prepares different smoked meats & dishes each show. Now that we had people that were regularly coming back, we wanted to take care of them by not making them sit in the cold! So we stopped doing shows in January & February but March-December we are on, weather permitting of course! We are now in our fifth season but as the times have changed, we’ve had to adapt. This May, we started our fifth season with a virtual show that broadcasted on Facebook Live & Instagram Live simultaneously. We will continue to do the show that way till it’s safe to have people come back & enjoy it live! The show is completely free! We do accept & welcome donations!

Overall, has it been relatively smooth? If not, what were some of the struggles along the way?
When we first started out, it was the crowd. I knew it would take a minute for the audience to build but I was & am still always scared before every show, “Will the crowd show up? Will they not?” As a producer, you always want the event you’ve put together to be packed. It wasn’t like that for a while, & that becomes scary cause the comics that would do the show at that time are telling other comics, “there’s no crowd, you can do whatever. It’s like an open mic.” Which isn’t good when I’m coming to them next asking them to do this outside show.

Speaking of being outside, weather is another challenge we have to deal with. When we first started the show, I had it my mind that we would do one every month of the year. All of our early promo stuff said “the 3rd Friday of every month.” But after our first year, Nicky was adamant that we pull the plug on at least Jan & Feb. saying “It’s too cold to have our audience sitting out there! Plus they’ll be excited when it comes back!” He was right! When we cut those two months people couldn’t wait till the next one! There was also talk of cutting December but we agreed that if weather permits, it would be cool to do like an end of the year wrap up. Inviting some of our best acts we had during the year to come back & perform again. Other times it rains.

One of the main challenges we face is money. The show is free because we realize that we’re asking you to come sit in our driveway for an hour or so. It does cost us money though. Chairs, waters, food, lights, firewood, gas to go get all the stuff, our time & skills. We put a considerable amount into providing a great night out but we love doing it! We take donations & put out a donation jar every show. We may make a little of what we put out back but we are so happy with how people enjoyed the night we feel compensated.

Please tell us about Cityscape A Comedy Show.
First & foremost, we are a stand-up comedy show! We get some of the funniest comedians working today! Some may not be the biggest names but we know funny so we try our hardest every show to bring that to the stage! I see the comics out working & honing their craft & I invite them to perform here cause I know our crowd will get a kick out of them. We’ve had national headlining comedians come through as well, Chris Franjola & Tony Baker are good friends of the show. We specialize in bringing you a great night out! The vibe is set off by our DJ, Cadillac G. Before, during, & after the show he’s got everyone in a great mode with his musical selection. The food is another thing that feeds into our good vibes. Nicky’s BBQ has become one of the other main reasons people frequent the show! His smoking style is on point & the food is delicious! Literally a dinner & a show you can get here at Cityscape A Comedy Show!

The sense of community & our diverse crowd is something we are very proud of! The neighborhood shows up! People from all walks of life are here! Almost every comic that has done the show has said to me afterwards “The crowd was great! I can’t believe how much different material I could do!” which I think is a testament to how diverse our crowd is. I walk through my neighborhood with my wife, the kids, our dog, & people will see us & are like “when’s the next show?”. We love that our neighbors & people who don’t necessarily live around here come out every month. There’s people that come out every show, bring people, & then those people bring people to the next one, it’s amazing! We are really happy with the people this show attracts on a monthly basis!

The outdoors, the look of the show, the food, the music, & most importantly the comedy is what sets us apart from other shows. The way we sit up on a hill so you get an awesome view of Downtown Los Angeles. The way DJ Cadillac G mixes hip hop both old school & new. The BBQ that is smoked for countless hours on site & fills the air with smells of deliciousness. The way the stage is set up in the garage that makes it look like a widescreen TV with depth. The fact that we don’t pack our line ups with 35 comics, we do a 4 to 5 person line up so you get a nice tight show with great comics. Your night isn’t fully consumed by the show, you can still go out somewhere else! We love that people & comics hear about the show but don’t even understand how dope the experience is till they’re here! That all feeds into what makes us so different! Cityscape A Comedy Show is something like you’ve never experienced before!

If you had to go back in time and start over, would you have done anything differently?
I don’t know that we would’ve done anything different. We believe that everything that might of went wrong or wasn’t quite right yet was a learning experience. It has got the show to where it is now! We have a great rapport with the community. We are able to provide people with a good night out once a month if they need it. It’s been a great ride & we hope to continue for as long as we can! 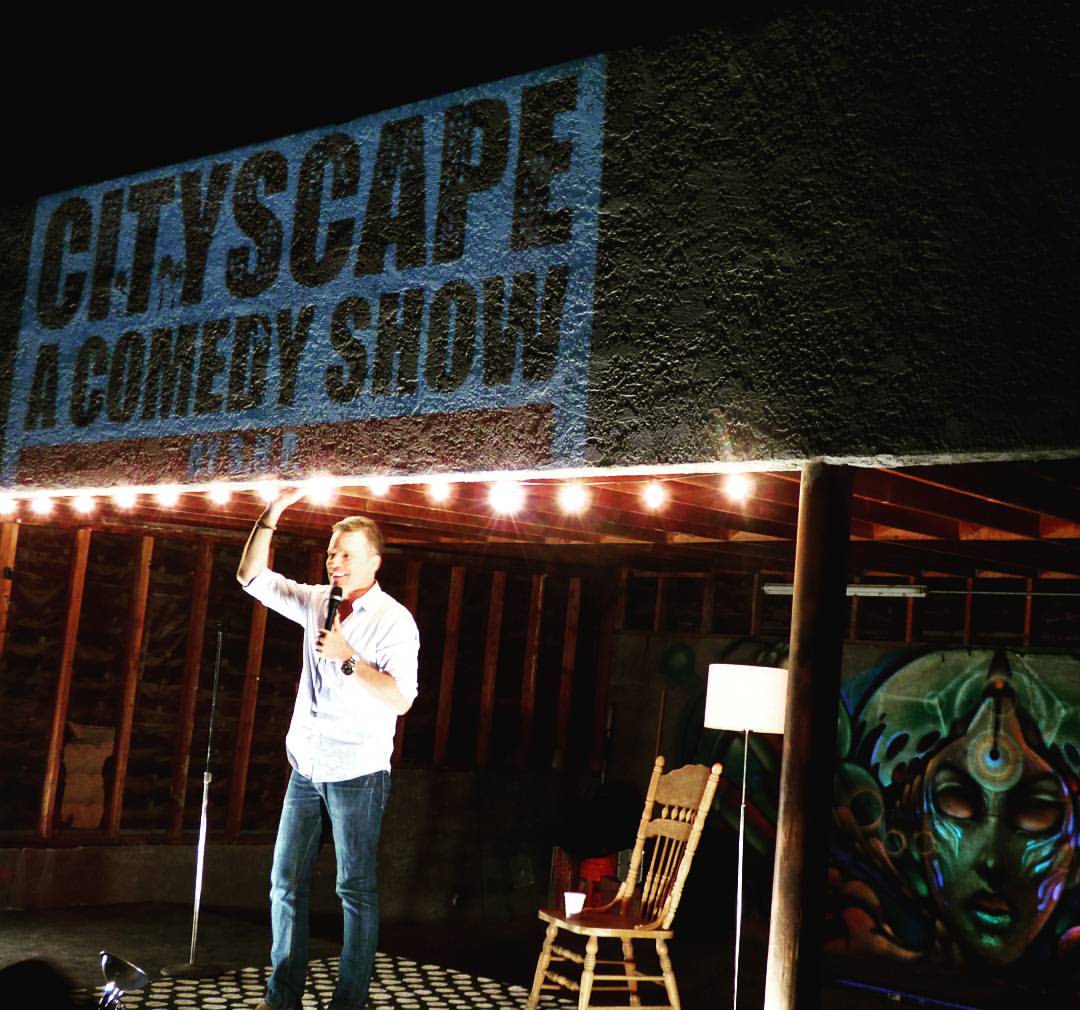 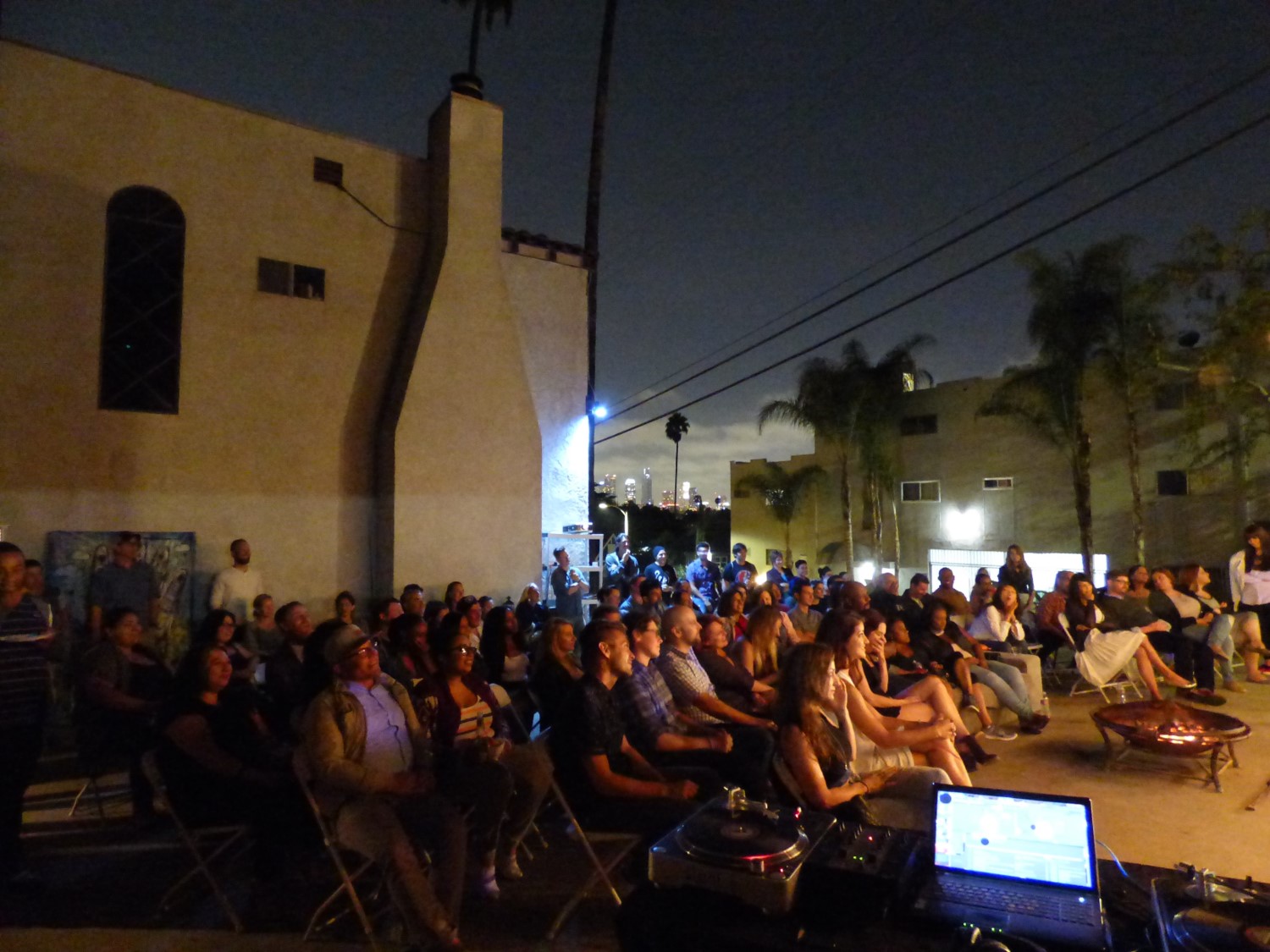 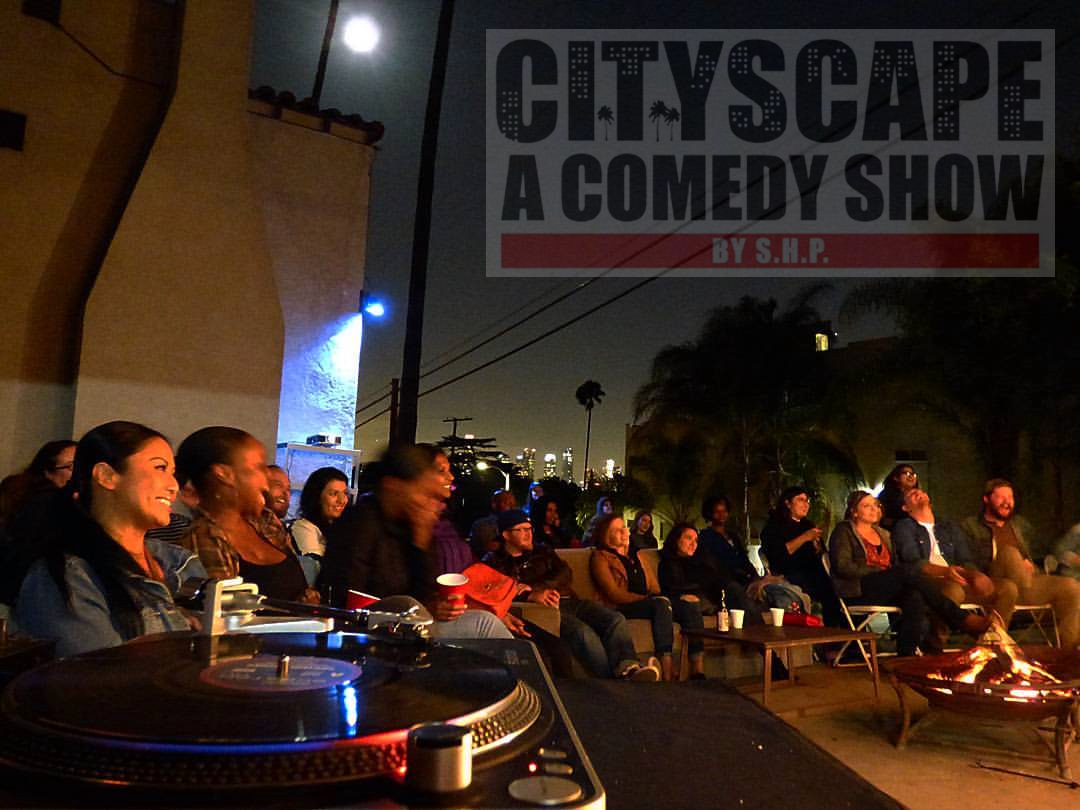 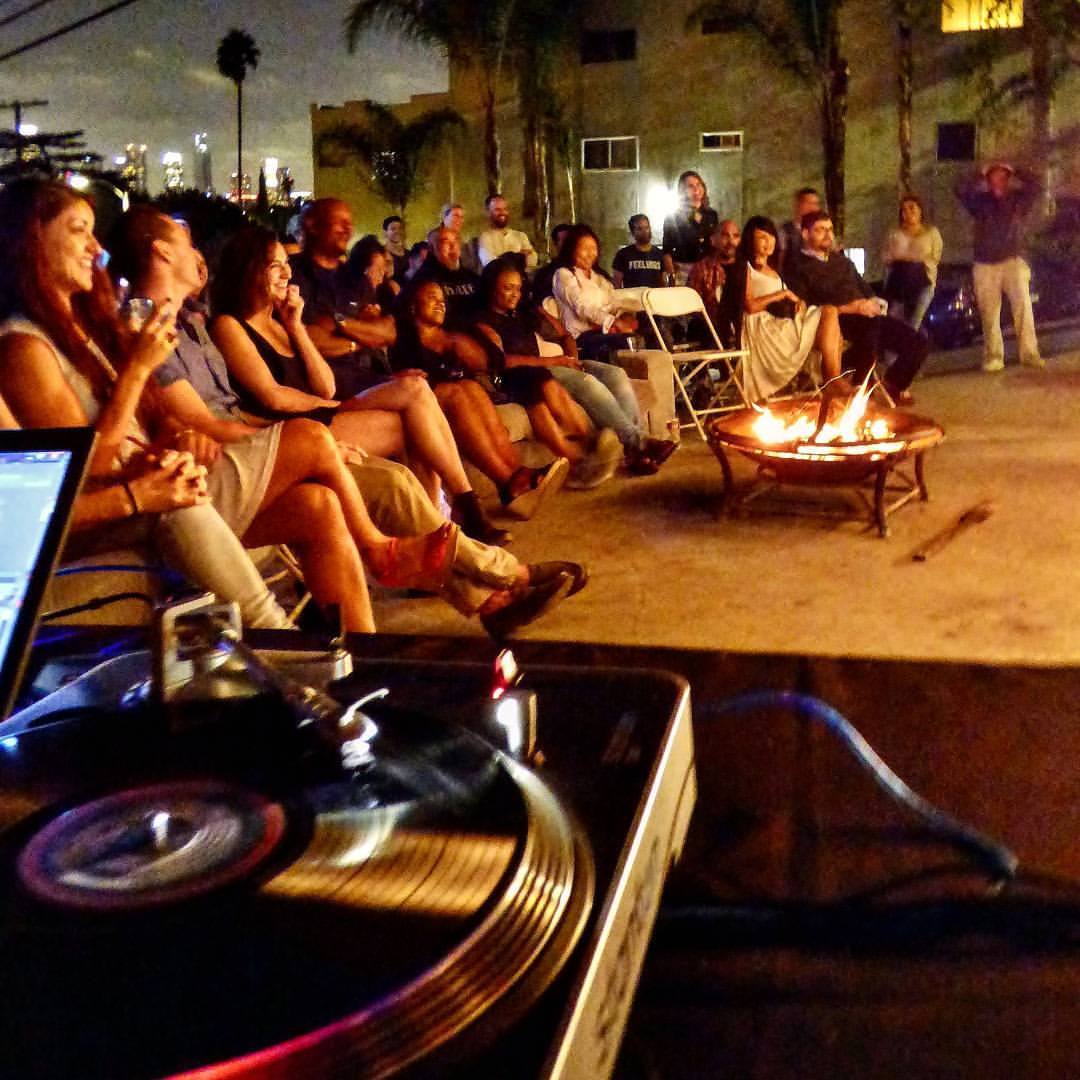 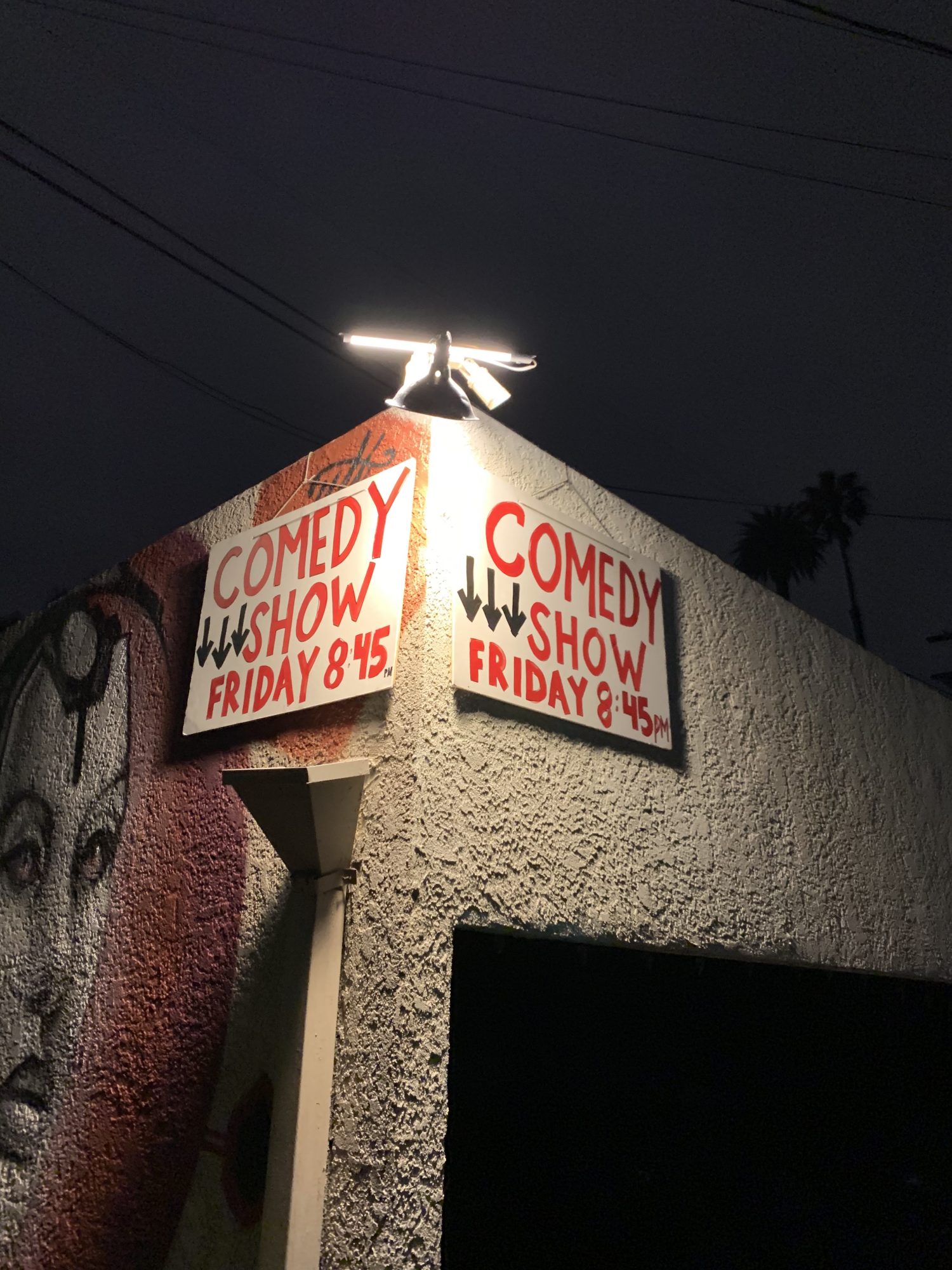 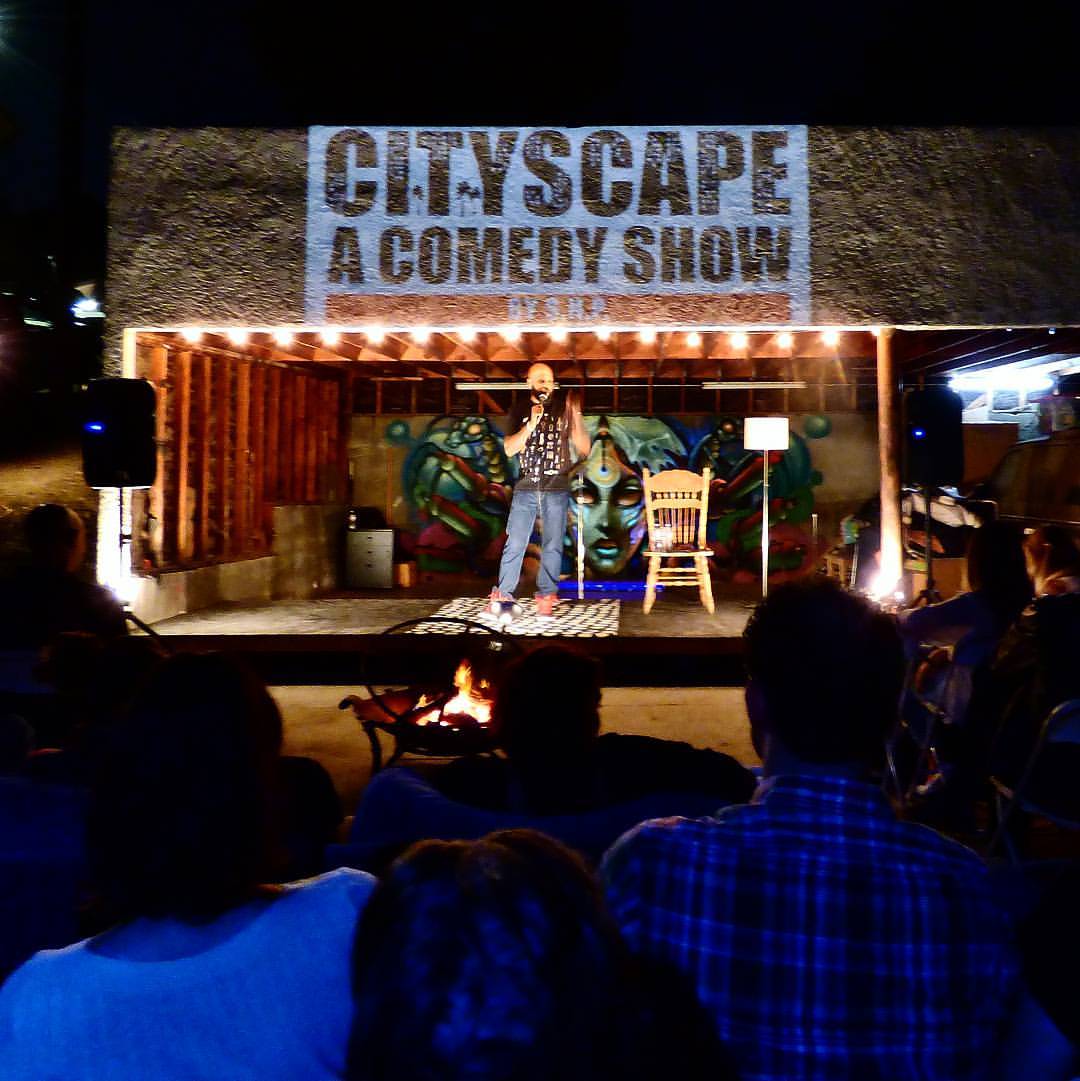 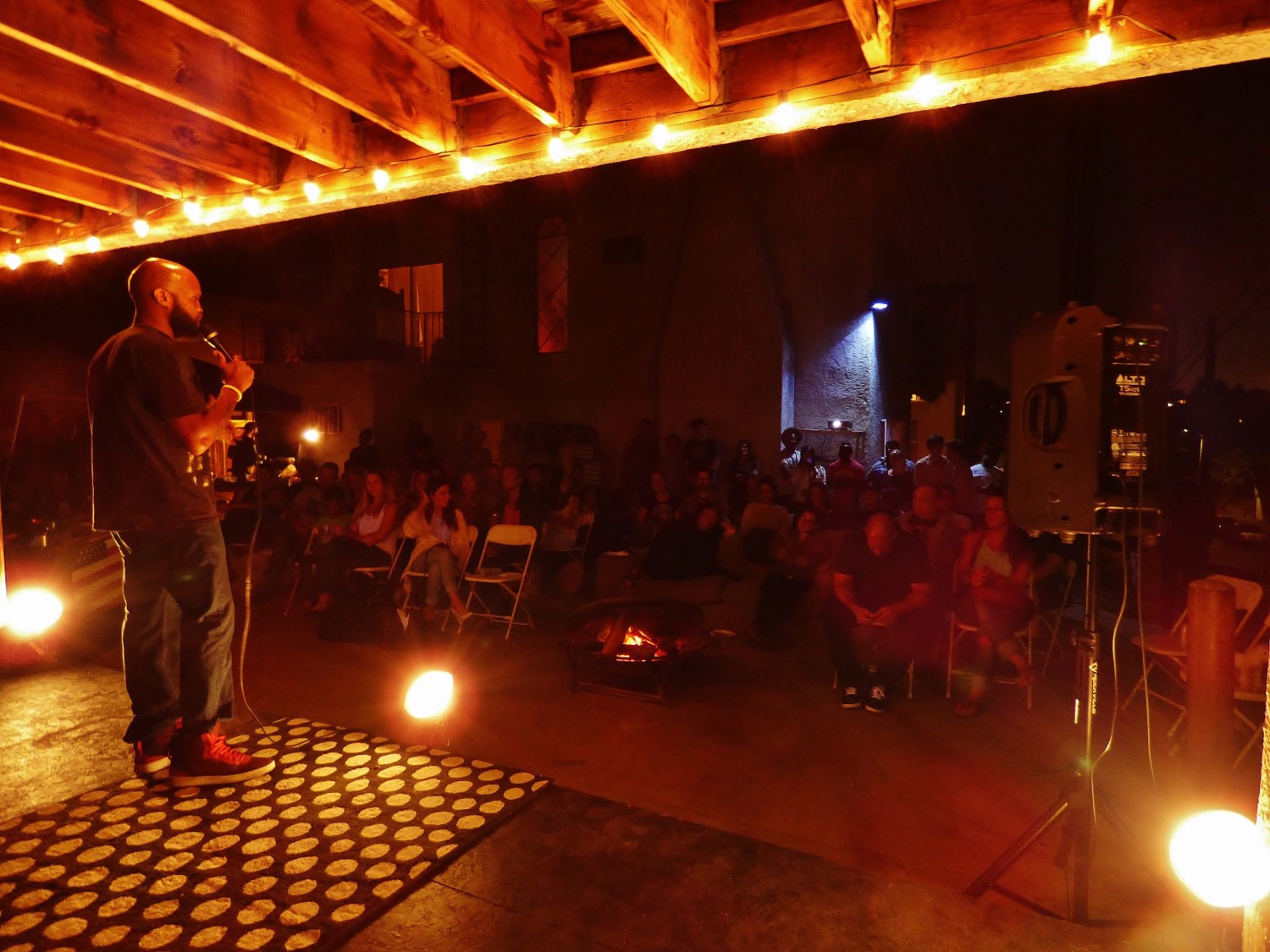