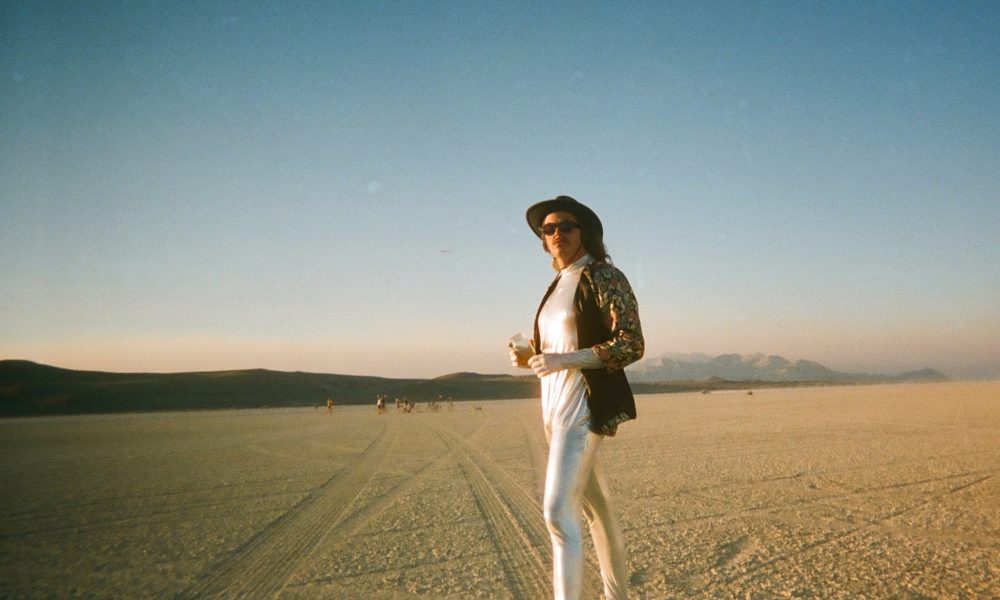 Today we’d like to introduce you to Stewart Jackson.

Thanks for sharing your story with us Stewart. So, let’s start at the beginning and we can move on from there.
Without fluffing the theater kid cliche of “I have known my entire life I wanted to be an actor”……….I have known my entire life I wanted to be an actor! (Truly how garbage is that statement! haha) I was born and raised in a small area of the foothills just outside of Denver, Colorado. When I was five, my mother brought me to try out for a youth program at The Denver Center For the Performing Arts. While kids spent their summers growing up in classic Rocky Mountain summer camps a la “Heavyweights” & “Adams Family Values”, I was in a dance studio playing with morph suits and getting the chance to rehearse in DCPA productions with nicotine scented adults! Growing up, I went to one school from the age of 4 to 18 and I graduated with 86 kids in my class, 25 of which I had literally known since the age of 4. The school also had a youth circus in it, yes a literal circus which had my younger brother riding 12ft unicycles around our forest driveway after school while I was patiently practicing juggling clubs in our yard so I could hope to get approved for knives soon…..how my parents endured that & how I still have both eyes in my head is truly of fate and fortune! As ridiculous as that is, I am so thankful growing up to not only have amazing artistic opportunities and school teachers, but I was also given the side by side space to dive into my love for photography & voice while keeping theater at the helm of my artistic educational ship! For better or worse, I realize as an adult now that the unconventional nature of my education growing up has always led me to embrace uncharted situations in all aspects of life before settling for the conventional ones.

After washing off my clown make-up (most of it at least), I started college at Loyola University in Chicago where I double majored in Theater (B.A) & Marketing (B.B.A). Both Theater School & Business School are complete circuses of their own so I grabbed life by the red nose & got to it! People are always kind of surprised about that educational combo. I somehow knew even in high school that I wanted to pursue both of those fields of study. At the time I was applying to colleges, Loyola was 1 of 4 schools in the US that even allowed you to study both of those disciplines simultaneously & graduate in 4 years. I feel extremely fortunate to be given that opportunity & I grew both as a person, a business mind, and an actor in lengths that are inexpressible.

My time in Chicago also fostered my love for improv/sketch work and took it into a professional space! I spent three years in college on my University’s improv team (LatchKey Kid) which was invaluable to me both as an actor and in nurturing my comedic sensibilities. I was in a show every Thursday night at P.H Comedy Theater in Chicago’s Andersonville neighborhood where I was lucky enough to have amazing coaches and the chance to watch/learn from an expanse of other improvisors my age from all over the city!

Fast forward, I have now been living in LA for almost five years now!! My time here has been amazing and eye-opening! When I got here, I dedicated a large amount of my life (and money) to going through the Improv program at Upright Citizens Brigade (UCB) and in 2017, I was accepted into the Advanced Study Program where I met my current Improv/Writing team, “Linoleum”. On that same comedic tangent, I have been running a “silent sketch comedy channel” on Instagram called @Dramatictuesdays where every Tuesday I post three sketches that are borderline NSFW & critically reviewed as “Garbage!”. I still have yet to figure out if I am benefiting society at all or having a fantastic time looking at myself in the online mirror! I’ll report back when I figure that out!

I’ve been working in the Fine Art Industry since 2016 as a social media manager and physical dealer on behalf of a Photographer & Gallery located in Long Beach. In 2019 I started my own business and I have been independently promoting the portfolios of Fine Artists in California and the Southwest! This has also granted me the opportunity to teach a handful of seminars at universities in LA and Colorado that focus on helping rising fine artists market their own work and voice!

Right at the start of the pandemic, I had finished writing and shooting a short film, “Silver Service”, with one of my very talented friends Meredith Vivian. I would describe it in three words as a “literal dumpster fire.” I am currently managing it on the Film Festival circuit where it has already been an Official Selection in the “Marbella International Film Festival”, “Lift-Off Sessions” hosted by Pinewood studios in the UK and many more!

We’re always bombarded by how great it is to pursue your passion, etc – but we’ve spoken with enough people to know that it’s not always easy. Overall, would you say things have been easy for you?
I firmly believe (and remind myself daily) that all the things that I harbor to be truly inspiring are mainly because someone either achieved the impossible or went into territory that no one ever had gone into before them. Growing up, I have been extremely blessed to have a family that was full of passionate people & artists. My mother is a Designer and all-around boss ass bitch & my father is an acclaimed Jazz Musician a Engineer with dangerously filterless mouth! I am so blessed to have had a lifetime of supportive parents who made sure I pursued my passion for theater at all costs and never once got in my way when I wanted to pursue acting & filmmaking as a career! I know that type of support is not common for most people and I will never take that for granted. That being said I picked two career fields that no matter how big of a support system you have, they are extremely emotional & rigid industries that demand you endure tidal waves of not only your own insecurities, but constant personal rejection and belittlement that people will never receive in a lifetime of work. While these notorious aspects of any art industry hold true, I am only as strong as I am because of the education I have previously been afforded in both Theater and Business. Which is not to say “I know better”, but if anything “I’ve seen worse”. As Canadian Prime Minister Justin Trudeau once told me in person, “Keep that Booty Thicc & that Skin Thiccrrr baby girl!”. Thanks Justin!

One of my biggest obstacles moving to LA was that I didn’t know a single actor or individual that was pursuing acting before I moved here & it took me at least four months to secure a steady job! I thankfully found myself surrounded by an amazing group of friends that I know is rare to come by in a large city, but there still wasn’t anyone to tell me where to take the first step theatrically. After spending four years of drama school that focused on both the stagecraft/industry and more specifically the acting business in Chicago, I had to completely re-educated myself on everything I ever learned with no other reference than getting yelled at by casting directors! As dramatic as it sounds I feel like it genuinely took me four years until I really felt like I had my feet on the ground in this city & that only happened when I realized that no one really ACTUALLY knows what or how they are supposed to be doing “this whole thing”! I take great comfort in reminding myself that all rules or ways of “climbing Hollywood’s ladder” are superficial and to never let them intervene with you creating what you think is funny, alluring, compelling! (or even straight up garbage!)

We’d love to hear more about your work and what you are currently focused on. What else should we know?
I wear a lot of different hats, but even in my Fine Art transactions I try to always add that I am an Actor/Filmmaker because I feel dedicated to slaughtering this stigma that being an “Actor” immediately makes it seem like any other business you are involved in is just to “pay the rent”. I operate both my Fine Art Marketing and Filmmaking under “Stewart Jackson Film”. My Fine Art Management & Marketing is unique because unlike other art dealers who only deal in the gallery scene, I do a lot of direct outfitting with Hospitality entities and Commercial spaces (predominantly in the Western United States). I have also had a myriad of freelance branding work in the Cannabis Industry which I think is one of the most complex modern industries in this country.

Has luck played a meaningful role in your life and business?
I think any actor will agree that they have left multiple auditions thinking that they nailed it and then don’t get hired for reasons they will never know. But because of that, I do feel lucky at work when I get hired on any job, film or sales! Getting the part or closing a contract means that you surpassed a heap of barriers and you were LUCKY enough to have another human on the other end of the table connect with who & what you are! Which statistically speaking is almost impossible with modern day auditions!

More than luck itself, I genuinely believe that when you provide opportunities to enrich the lives of those around you, that energy or impression that you are leaving on their life will ultimately come back to yours, even if it’s not from them directly. And also until Martin Scorsese walks up to me in the middle of Hollywood Blvd and says, “A stage light fell on Brad Pitt face can you fill in for him for the rest of the film?” I’m going to have my Greek septic attitude firmly in my back pocket! 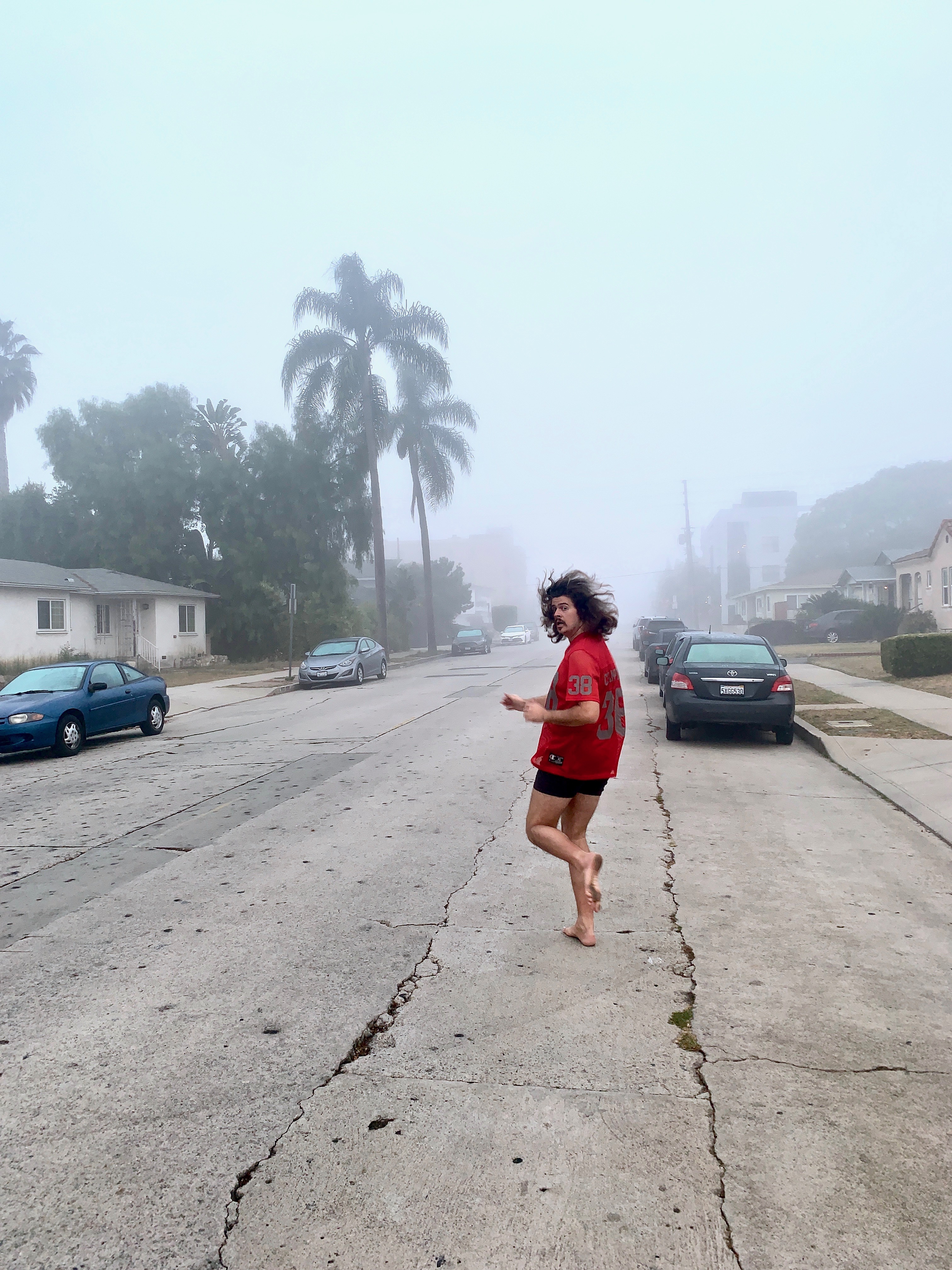 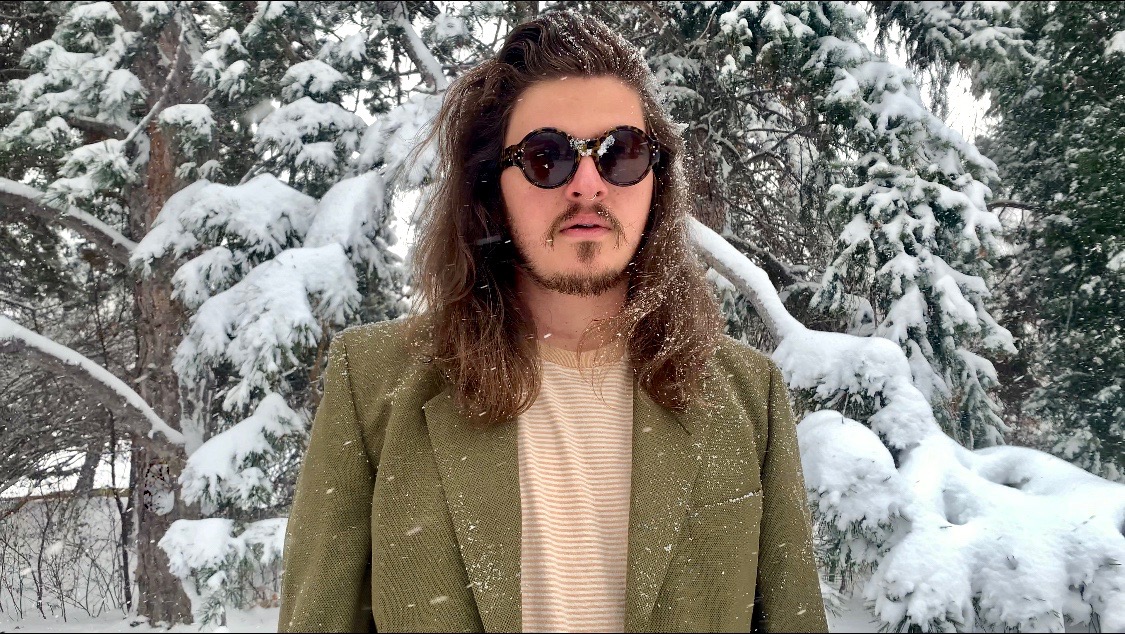 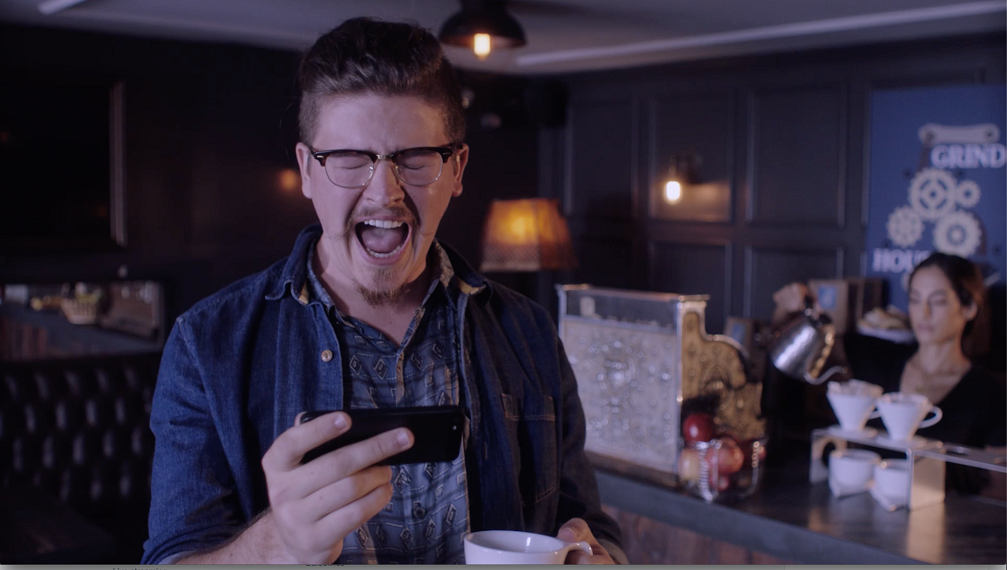 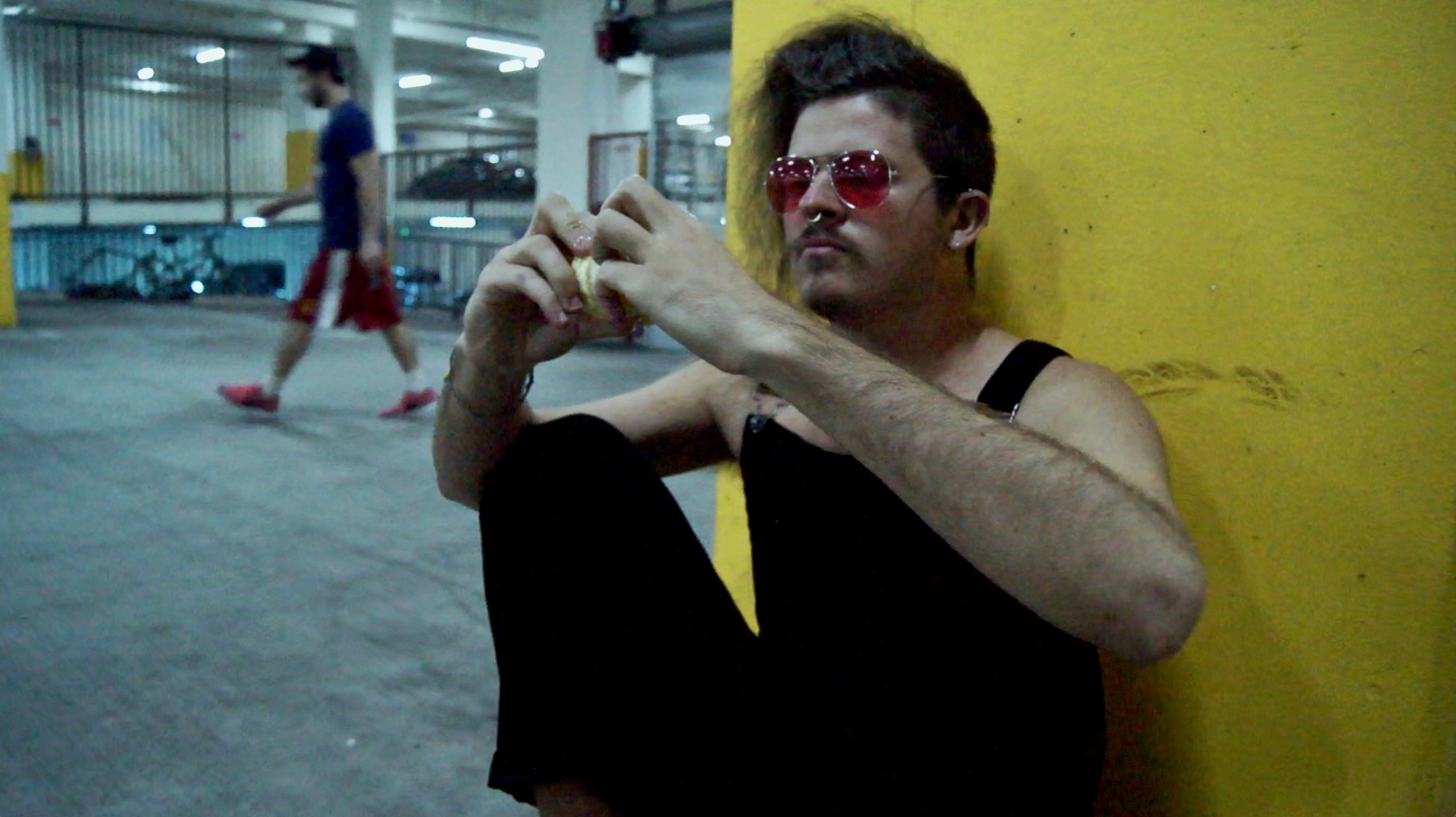 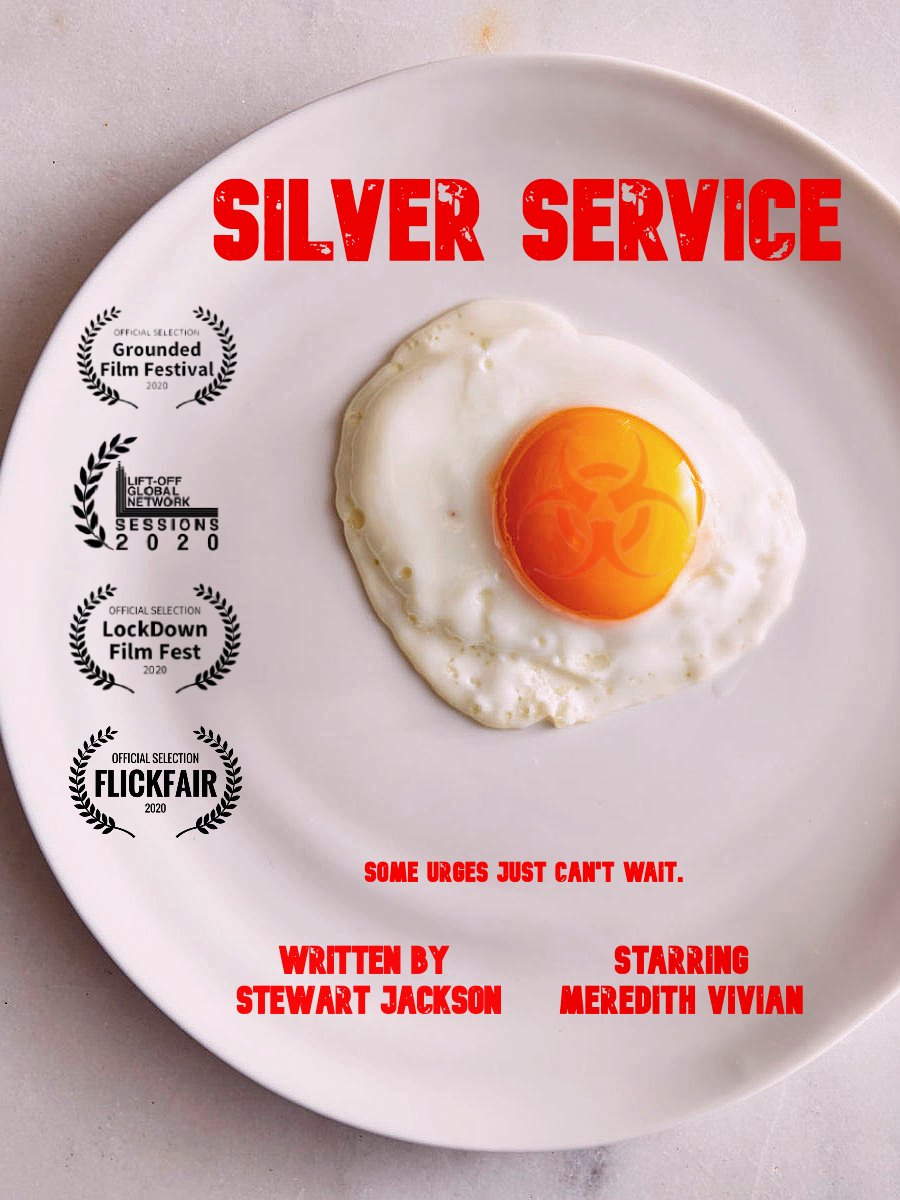 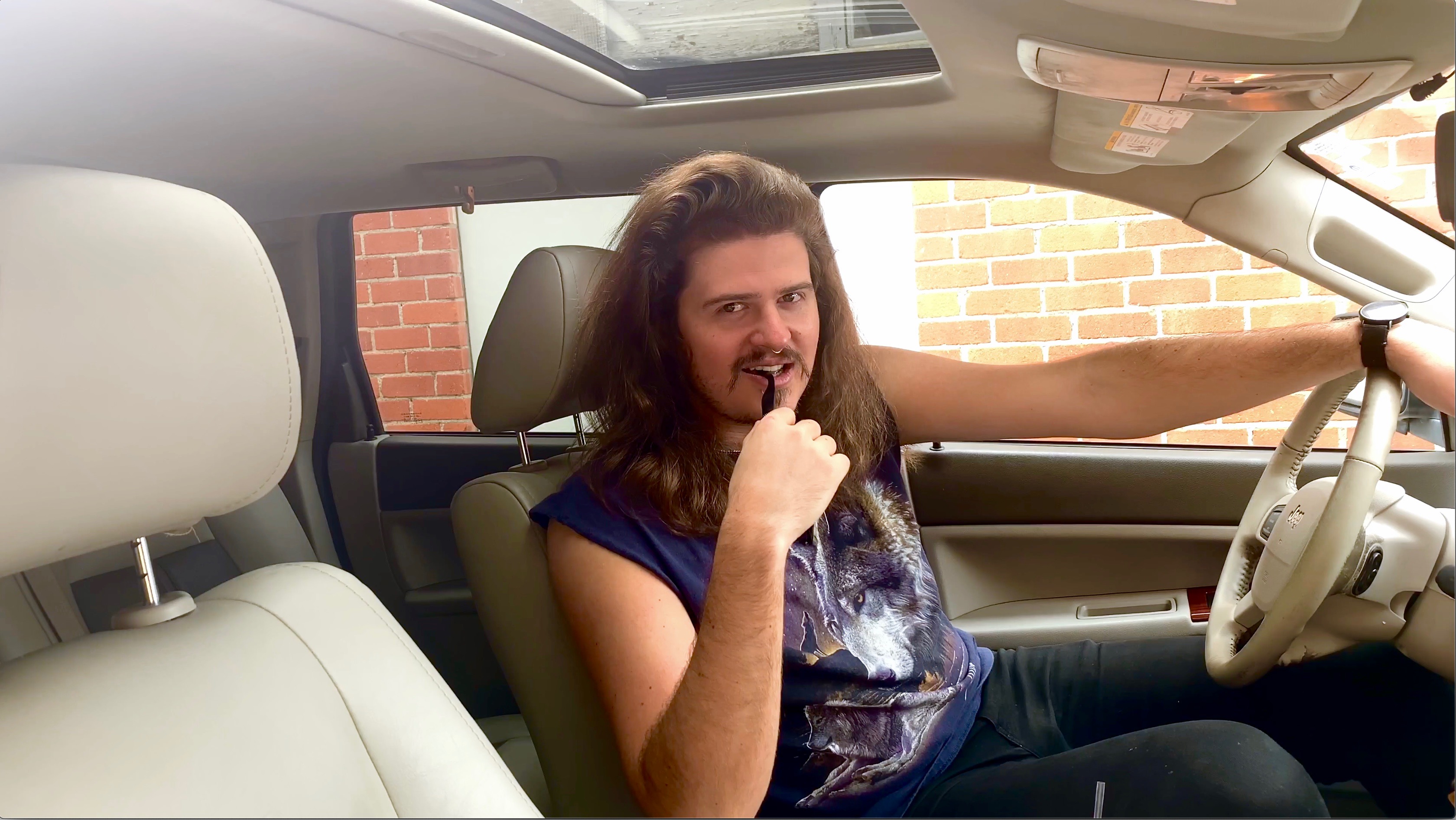 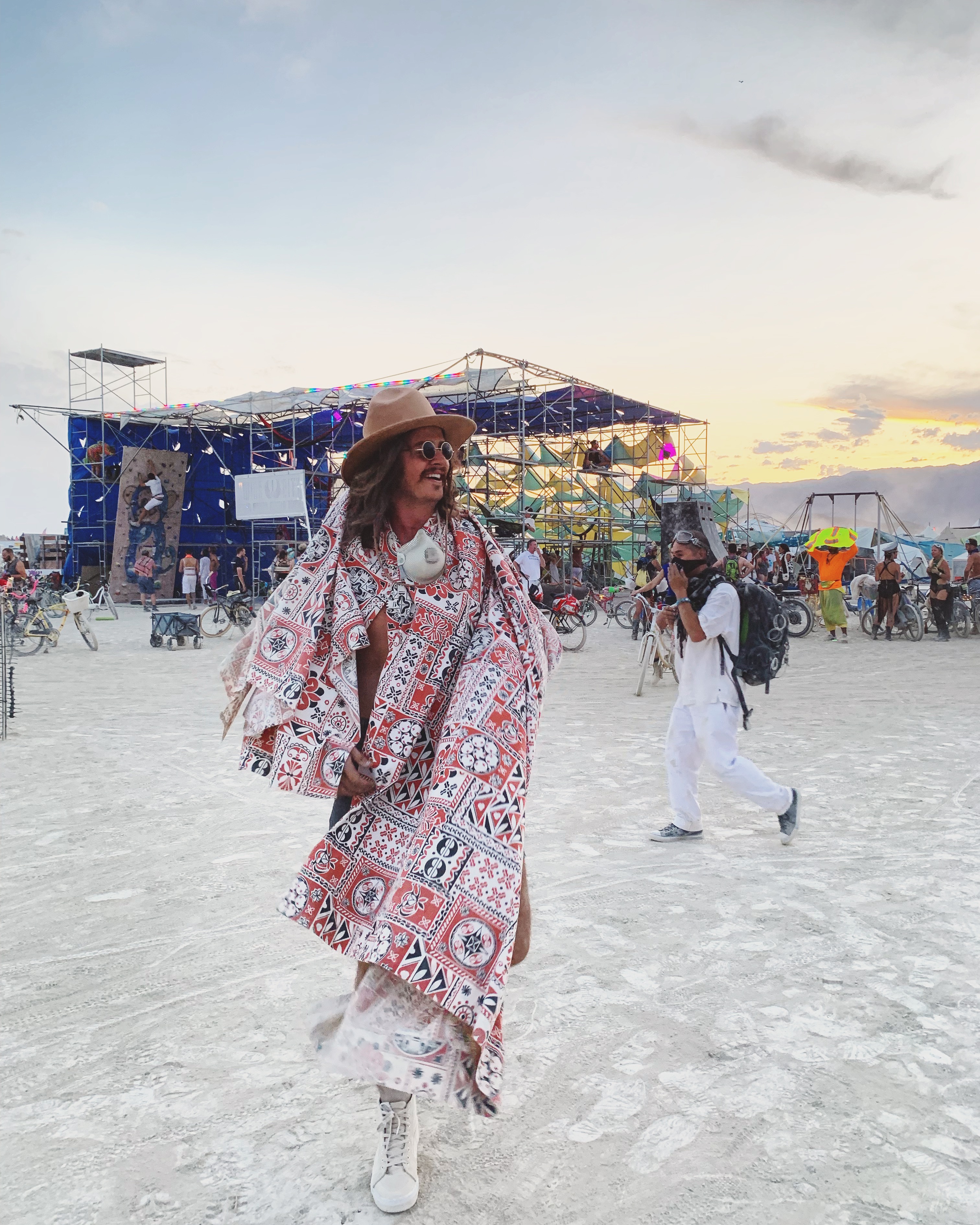 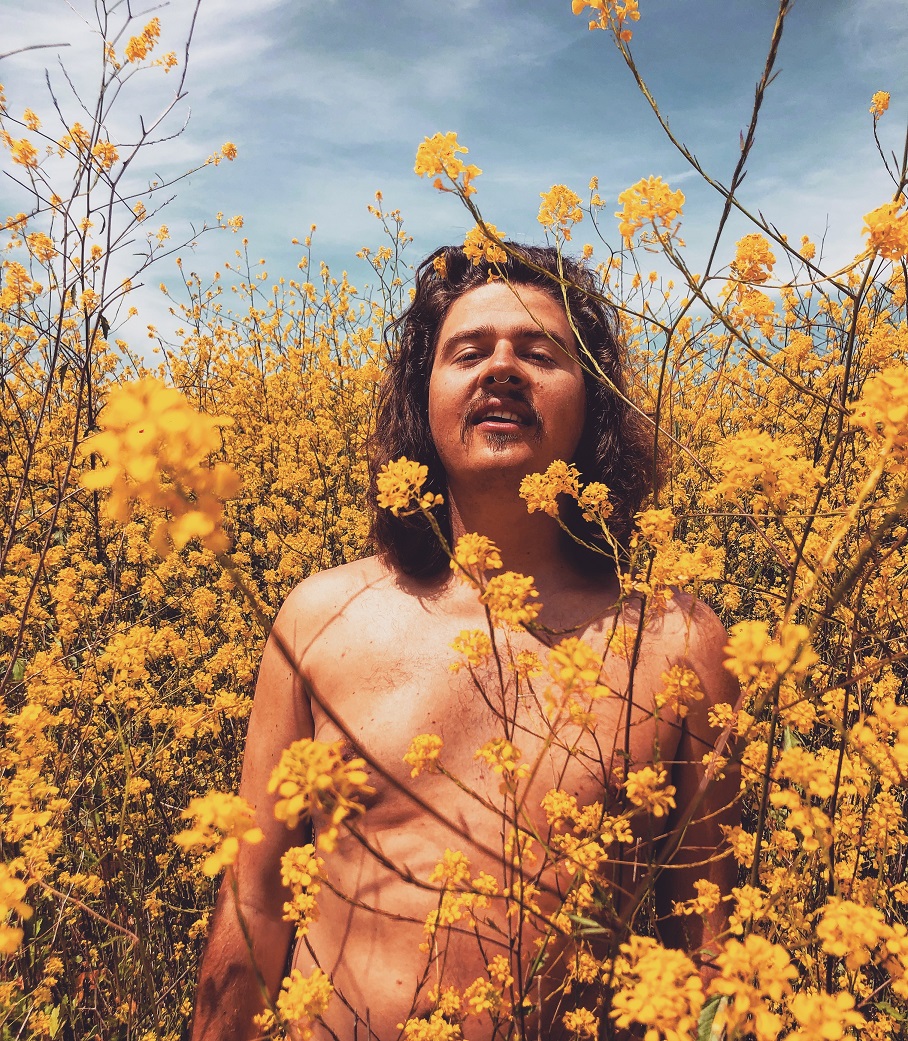