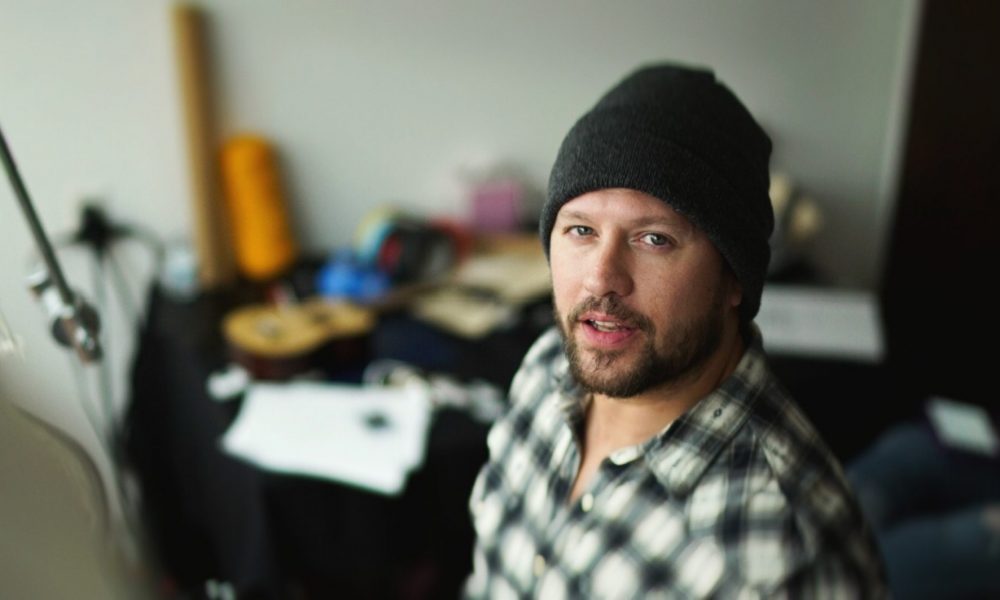 Today we’d like to introduce you to Steven Moreno.

Every artist has a unique story. Can you briefly walk us through yours?
For as long as I can remember, my imagination has been my closest friend. I’ve always been a storyteller, a dreamer, and a thrill seeker. Looking back at my life, everything seems to make sense, but the road was never clear nor easy. I don’t expect that it ever will be.

Growing up was confusing and school was a struggle for me. I had too much energy and trouble focusing. I was easily bored, I daydreamed all the time and wrote poetry on paper scraps. I didn’t feel like I had a place and I certainly had no plan…but I knew that I wanted to see the world and I wanted to live the most exhilarating life that I possibly could.

Luckily, New York City was an hour bus ride away and I went as often as possible. Looking for adventure, characters, and stories.  I bought dime bags of terrible weed and beer from stores that didn’t card. I was madly in love with the energy of the city and the people that made their way through it. Every moment I spent there was a chance to change my life. There were endless possibilities and I lusted for them all. But alas, at some point, each adventure came to an end, and I got back on the bus and headed back to the suburbs, and I stared out of a window to a city that I knew would change my life.

As I meandered into college, it was more of the same. Directionless, but full of ideas, passion, and energy. Weekend jaunts to “The City” were more frequent, but the possibility of living there seemed so far away. That is, until one day, I walked into my communications class and we began a discussion about the entertainment industry. I think for the first time in my life, I was paying attention in school.

“Mr.  Golden?” I asked, all bright-eyed and oblivious.

He chuckled and replied, “Well, transfer to a school with a good theater program….like Rutgers and then study and you’ll figure it out.”

Within a year, I was living in Manhattan, crashing auditions and booking work. I was foolish to be brave enough to chase a dream. Before that fateful communications class, a career in cinema to me seemed unreachable. But I’ve learned that nothing’s really impossible.

I only pursued acting for a handful of years, but I had a good run with a great agent and manager. I starred in some commercials, a few feature films, and some television. Acting brought me to Los Angeles. I learned a lot in those years and I was living a truly exhilarating life, but things changed, as they always do, and my career slowed to a stop. Thankfully, I had landed in an acting workshop where I learned that acting and directing were merely two sides of the same coin. It’s a collaborative medium and on set, we are all filmmakers.

I detoured into the bar business for a few years and worked at trendy Hollywood nightclubs.  I felt like I had once again lost my way. One could examine a period like this in their past and consider it wasted time, but I made great friends and memories. Life experience, I’ve learned, is the stuff of dreams. We need to live to create. I have no regrets. I think there is always a lesson to be learned and bartending taught me how to multitask and stay calm under pressure. I believe those skillsets to be invaluable as a filmmaker.

Somehow, through the bar haze of my late twenties, I found myself working as an assistant editor at a well-known music video/commercial post house. I learned how to edit there and how to collaborate with clients, which led me to a gig directing a behind the scenes of a music video with Dave Grohl and Lemmy From Motörhead. After that, I was operating a camera on a reality show, and thanks to a great friend and mentor, I landed a gig pulling focus on a web series. As I assisted a brilliant cinematographer, I began to understand lighting, composition and the power of images.

My notions of storytelling were changing. I was beginning to understand the symphony of filmmaking. I learned how a written script delivered through actors, guided by a director, illuminated by a cinematographer, and cut to the sounds of the score, can take us on a journey only limited by our imaginations. Many people learn this in four years of film school, but my path is my own. There are endless ways to learn and we each do it differently.

Currently, I work consistently as a cinematographer. Recent projects have allowed me to work with some amazing people and recognizable faces including Zooey Deschanel, Jamie Foxx, and Sarah Silverman. A series that I served as producer and cinematographer was pre-nominated for an Emmy award. I’ve directed music videos and an award-winning short film.

As I take inventory of my career right now, I feel that I’ve learned so much and have come so far, but I am nowhere near where I want to be. And I love being here. Content but not complacent. I’m still learning and eager. I’m still a passionate dreamer full of ideas and wanderlust and I’m on my path. I know that it will take me to great heights, and I am ready.

Please tell us about your art.
I am a filmmaker. A cinematographer, director, writer and occasional actor, but not necessarily in that order. I am enamored with the human spirit and fascinated with both the brighter and darker side of our natures.

My stories explore our nature and my hope is that people draw their own conclusions from my work. I believe a good story takes the audience on a personal journey. Maybe I’ll give someone hope, inspiration or help them feel less alone.

Do you have any advice for other artists? Any lessons you wished you learned earlier?
There is a place at the table for everyone, but we each have our own path to get there.

Don’t lose heart, perseverance is the most important ingredient in success.

There’s no substitute for hard work.

Be brave and be kind.

How or where can people see your work? How can people support your work?
Much of my recent work is visible on my website www.stevenmoreno.com.

One of my most interesting projects of late is a series called “Orbital Redux”, which is a live, science fiction multicamera narrative show for Legendary Digital/Project Alpha. Recently pre-nominated for an Emmy, “Orbital Redux” is waiting on word for a second season, network TBD. I served as cinematographer and producer.

“Confessions from Space” (probably a tentative title) was an amazing project that I recently served as cinematographer on for The Discovery Channel. I had the honor of shooting astronauts and citizens that have been to space, and listening to their inspiring descriptions of watching the earth from afar.

A docuseries that I shot called “Your Foods Roots with Zooey Deschanel” is live on Facebook.

“Better Off Zed”, a feature film is available on iTunes, Google Play and DVD. I served as cinematographer and producer.

“Gone in the Dark” a short film that I wrote and directed is available on Amazon.