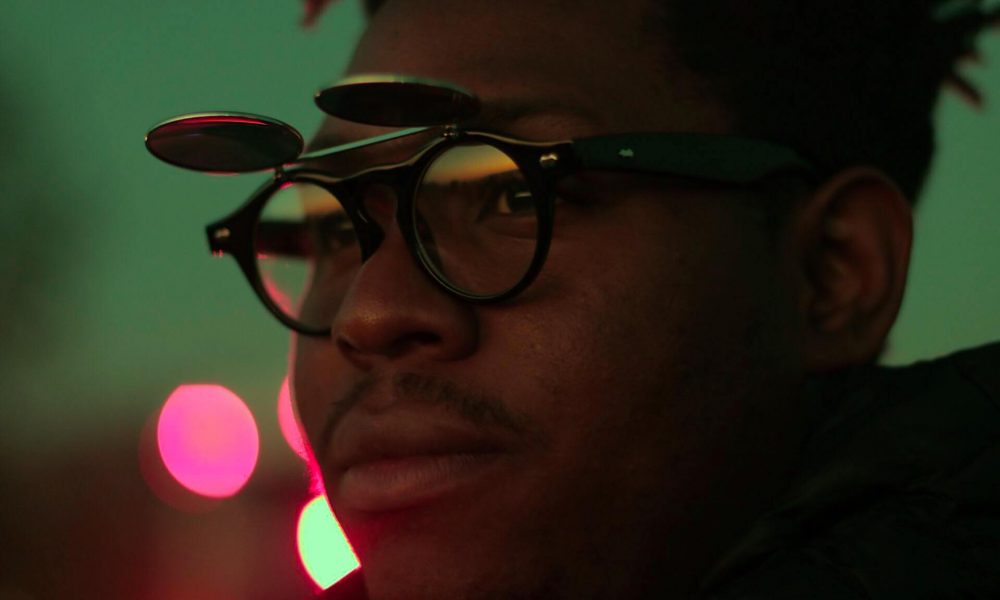 Today we’d like to introduce you to Steven M. Taylor.

Steven, please share your story with us. How did you get to where you are today?
In a small, dimly lit cinema in Trinidad and Tobago I sat with my mom, Charmaine and watched Jurassic Park. At that moment, I was bitten by the film bug at seven years old. Steven Spielberg captivated me by the use of story telling and special effects as he took the audience on a rollercoaster of emotions while exploring his imagination to bring these pre-historic, larger than life creatures to life.

From then on, everything I did was art related. Mrs. Miller, who owned an art supply store, had provided me with access to supplies which allowed me to start painting competitively. Each time I won, it propelled my desire to explore and developed the characters and worlds held within my imagination. As my understanding of the power of images deepened, I naturally became aware of the value of honing my world view, and realizing the differences between my reality and the media’s edited reality of me.

When I wasn’t painting on canvases, I was painting on faces. I’d create my own versions of casualty makeup using acrylic paints, glue, toilet paper and food coloring; which would stain the face of whoever I wooed into my chair which was usually my dad, Steve.

From day one, my parents were very supportive but this was an expensive passion for them to afford in the long term.

As I entered high school, the principal of Queen’s Royal College, Mr. Carter had ordered a computer with editing capabilities and a small video camera in support of a handful of us from Mr. Reyes’s art class who was eager to form the school’s film group. I found myself living in the art room everyday and teaching myself some of the basics of filmmaking with the new gear.

Throughout my academic journey, I had applied myself consistently towards securing scholarships and hosting eleven fundraisers that covered all of my studies towards obtaining a Diploma in Special Effects Makeup, Prosthetics and Animatronics (Canada), a Bachelors of Arts (Honors) Film Production and Film Studies (UWI, Trinidad and Tobago) and a Master of Fine Arts in Cinematic Arts, Film and Television Production at USC (Los Angeles) with a focus on Directing.

Today, I enjoy the experience of being an entrepreneur, giving back to my community and extending a helping hand to those in pursuit of their dreams. I have lectured at my alma mater, hosted Special Effects Makeup Masterclasses, been a Guest Speaker at international events and have created international content as a Director and Special Effects Makeup Artist based in Los Angeles, California and Trinidad and Tobago.

Now, I’m currently developing a family-centered horror feature film set in Trinidad and Tobago and a series pitch that promises to shake the cinematic stereotypes of Caribbean life. I’m very excited, humbled and optimistic for where this journey takes me.

Thank you God and everyone who believed and continue to support.

Great, so let’s dig a little deeper into the story – has it been an easy path overall and if not, what were the challenges you’ve had to overcome?
My biggest hurdle to overcome was the race to raise enough money to attend the University of Southern California where I’d venture out to build a cinematic bridge between the two worlds: the Caribbean and the USA.

I did everything from street vending, washing cars, selling food to hosting a Carnival themed party. I even fell prey to an online scam where someone had set up a crowd funding page on my behalf and never transferred the money.

It wasn’t a smooth road but the destination was well worth the bumpy ride.

Please tell us about your work.
I work alongside my wife and producing partner, Rheem. We helm a boutique production agency specializing in music videos, corporate projects and narrative films. My Canadian, Caribbean and American experiences have influenced my unique directorial style that fuses intimate cinematic textures with the production savvy of studio films.

I have been told that what sets me apart is my ability to work within whatever scenario or restrictions that arise without letting it challenge the overall creative output. My open-mindedness, high energy approach and drive to create iconic imagery are my greatest assets.

Some touchstone moments were working with Will Smith’s Overbrook Production on Jamaican Filmmaker, Storm Saulter’s ‘Sprinter’ with the Los Angeles Unit in 2017; directing a music video for BET Award Nominee Nailah Blackman on Hollywood Boulevard in 2018. Then in 2019, our company accepted a music video award from Los Angeles Cinefest for MTV Iggy Artiste, Erphaan Alves’s ‘Lock On’ music video that was shot on Location in Trinidad. These moments were not only a first for me, but also for these Caribbean creatives.

Honestly, I’m just so happy to see the unfolding of my dream to bring the ever-evolving tapestry of fresh Caribbean textures, sounds and perspectives to Hollywood.

Do you look back particularly fondly on any memories from childhood?
Before I saw Jurassic Park, my step-grandfather Victor use to tell me stories while sipping on a cup of Lipton tea. One time, we were sitting on the veranda in Trinidad and we had noticed a cow grazing on the river bank.

Grandpa turned to me with his glassy eyes and asked, ‘Do you know how that cow got there?’. Confused, I shook my head which signaled to him to begin crafting a tale. He would start saying something like, “There was a man whose legs turned into hoofs when he was your age…” and I would sit there captivated by his imagination.

Nowadays, as I think even more about those moments, I honestly believe that’s where I first learnt the art of story telling. 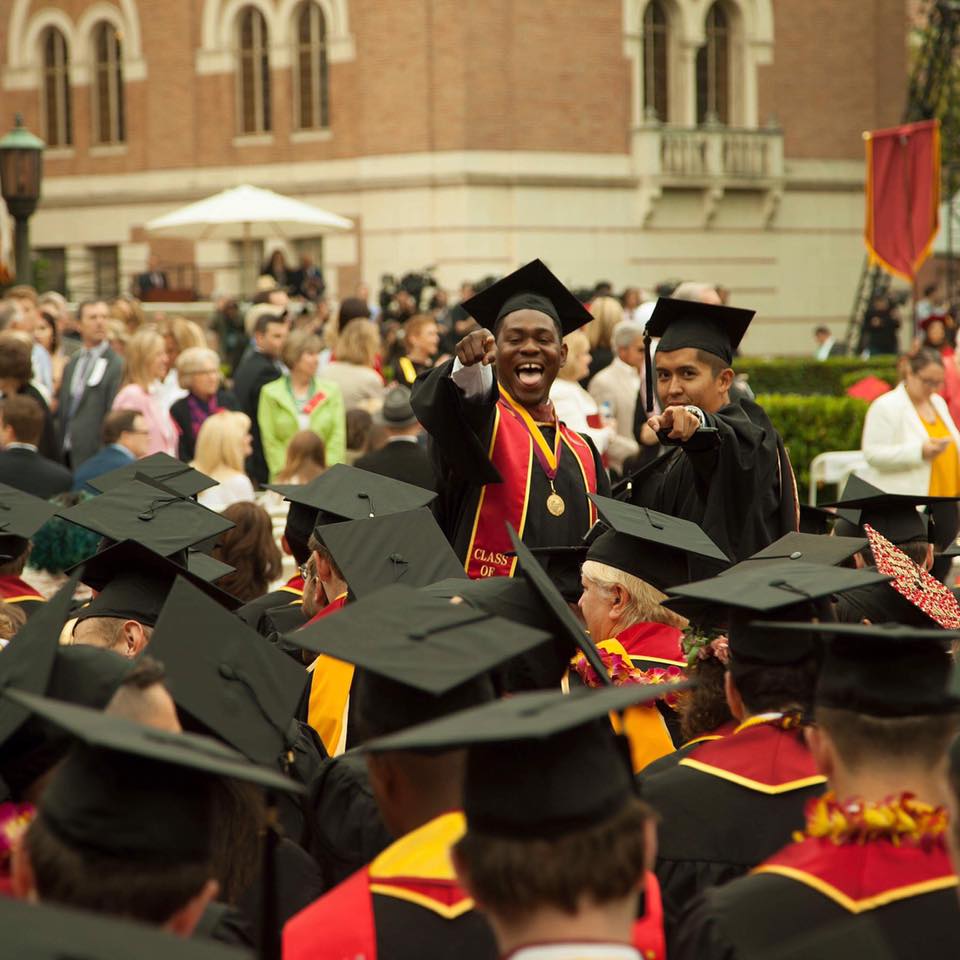 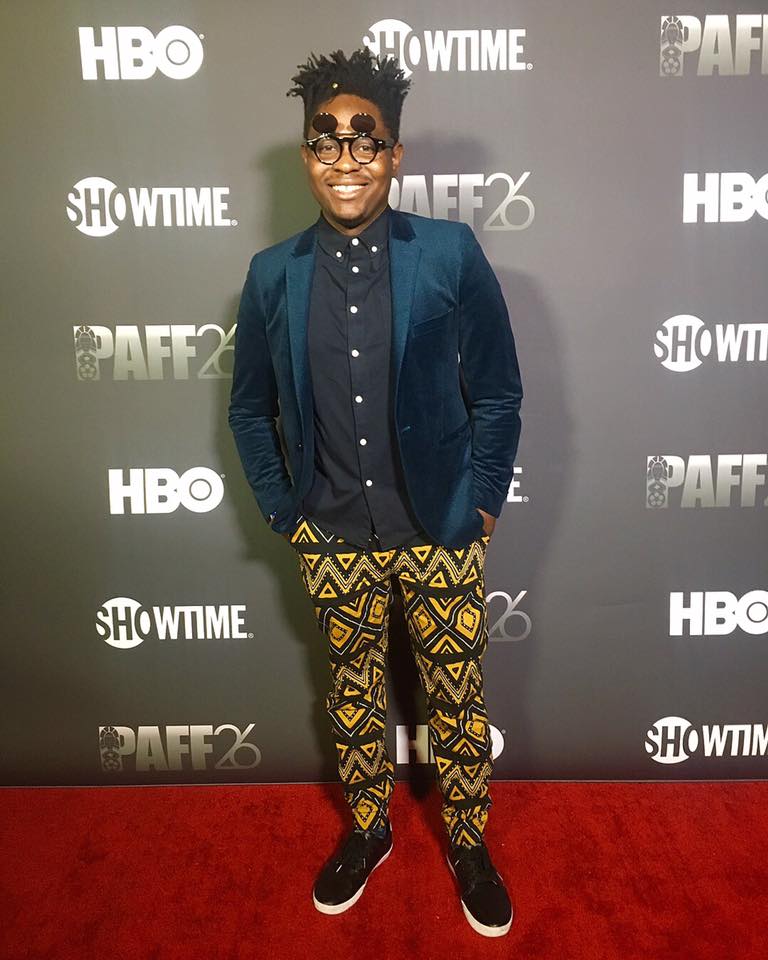 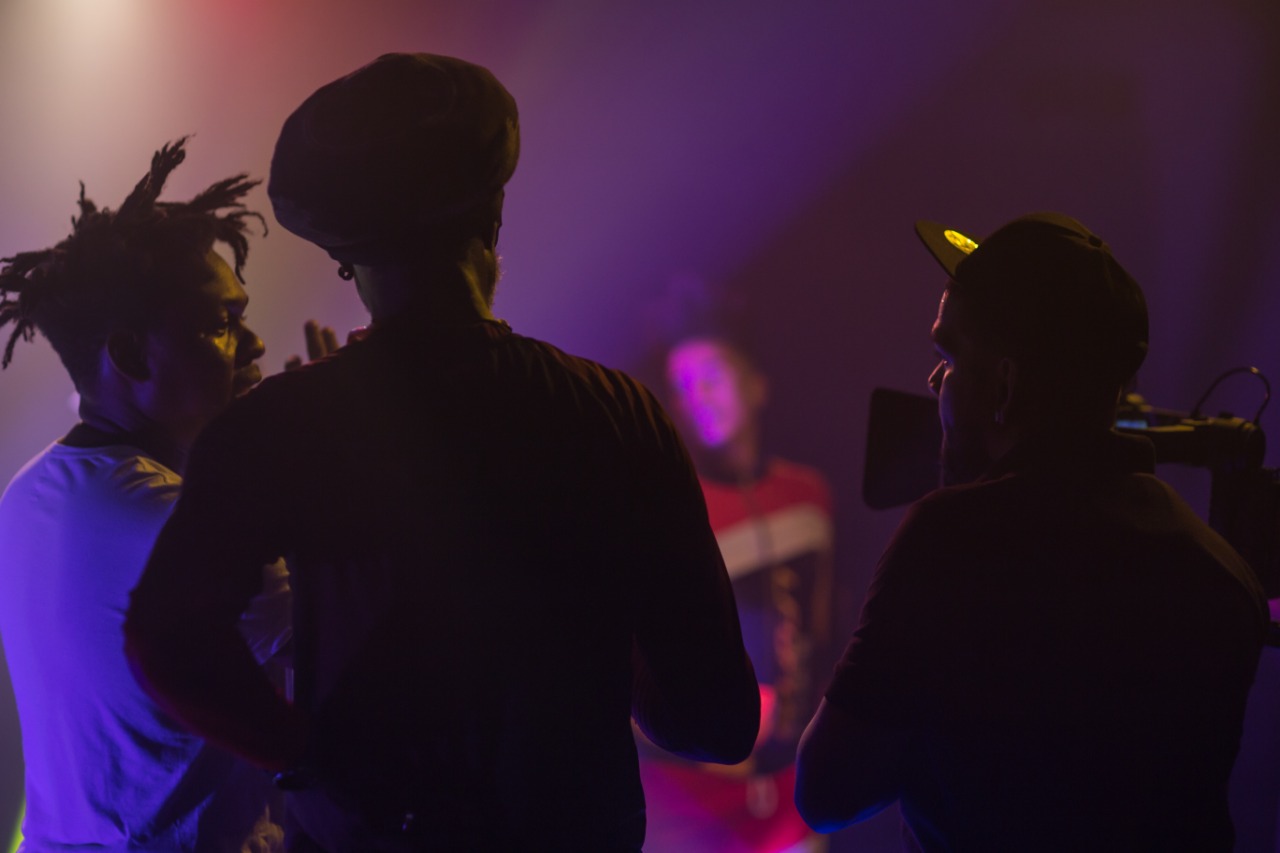 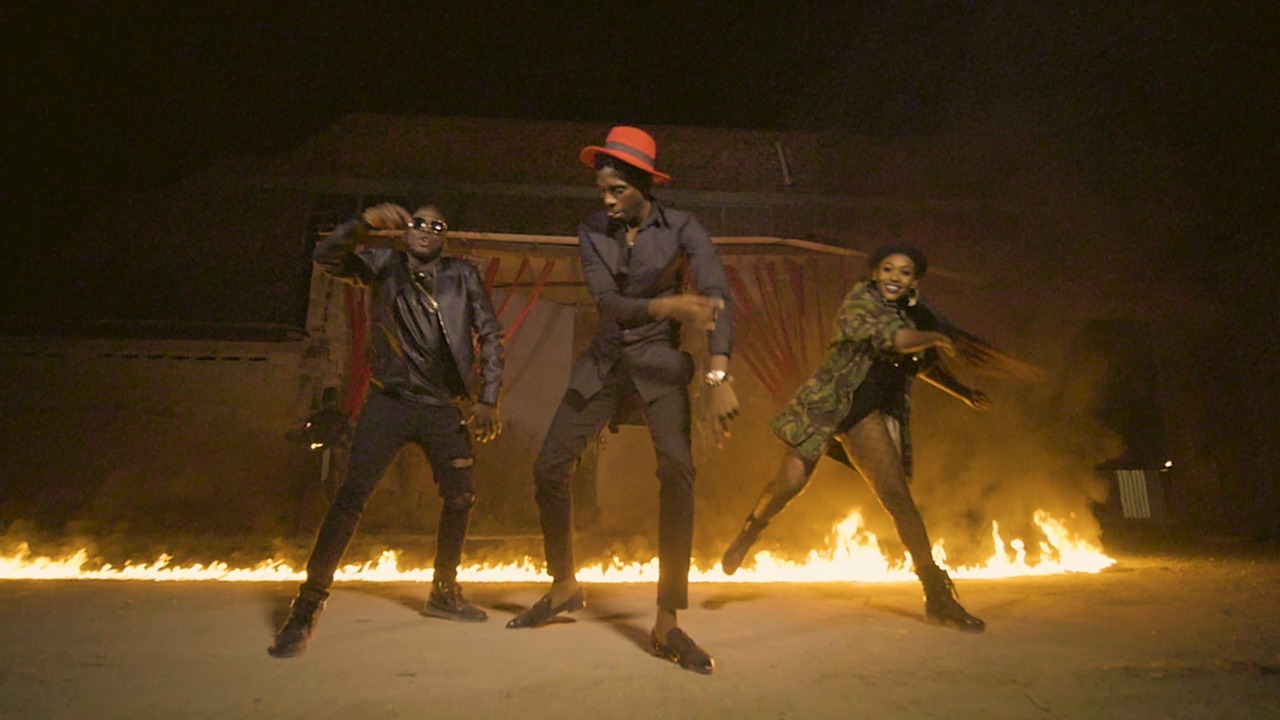 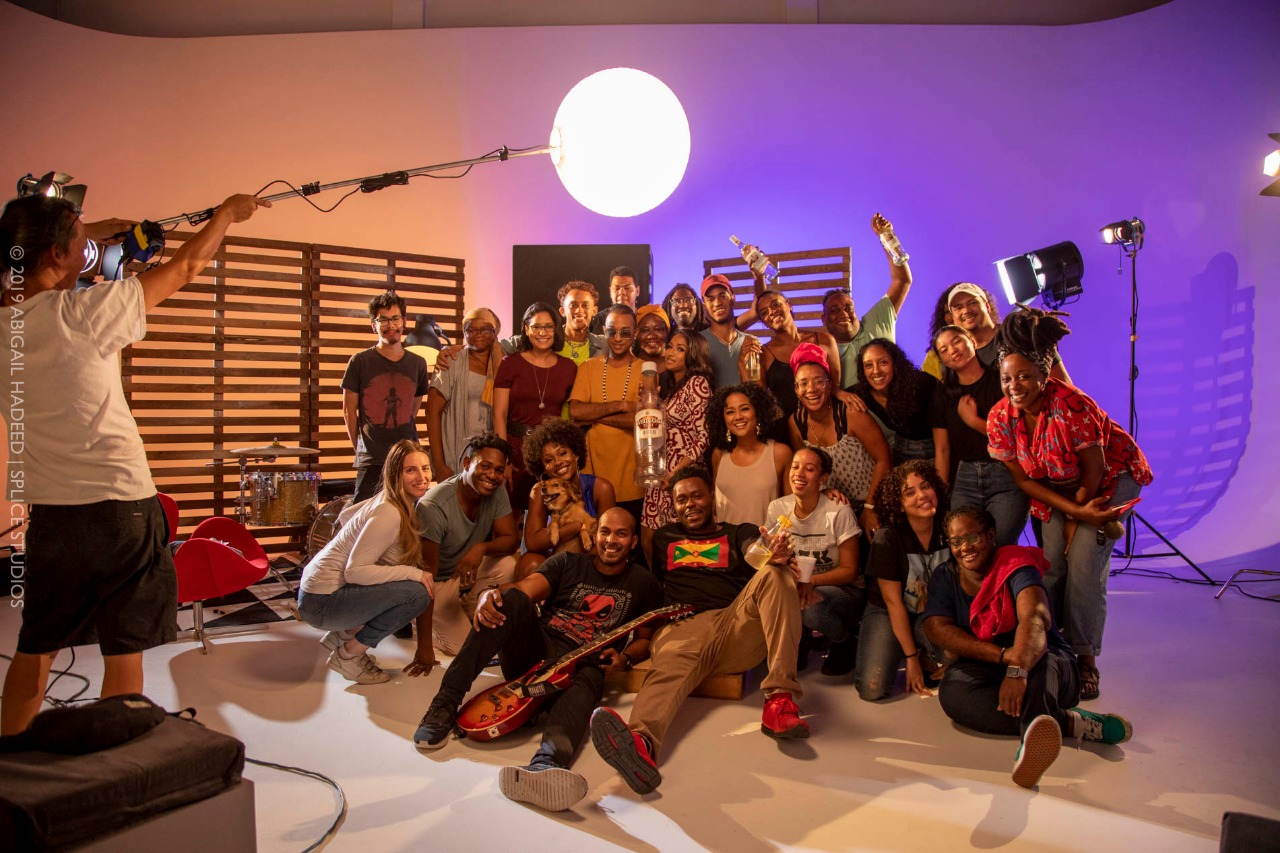 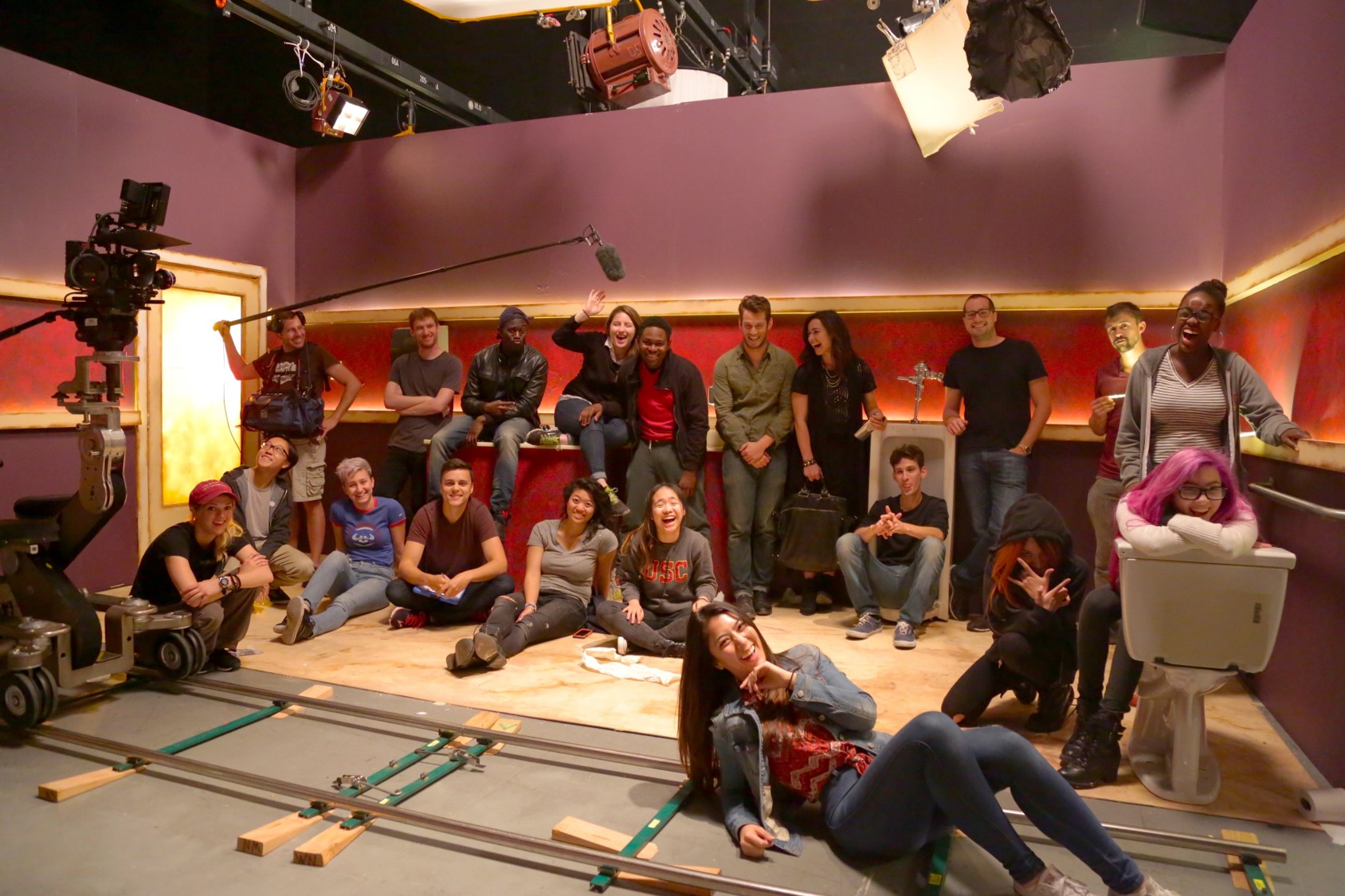 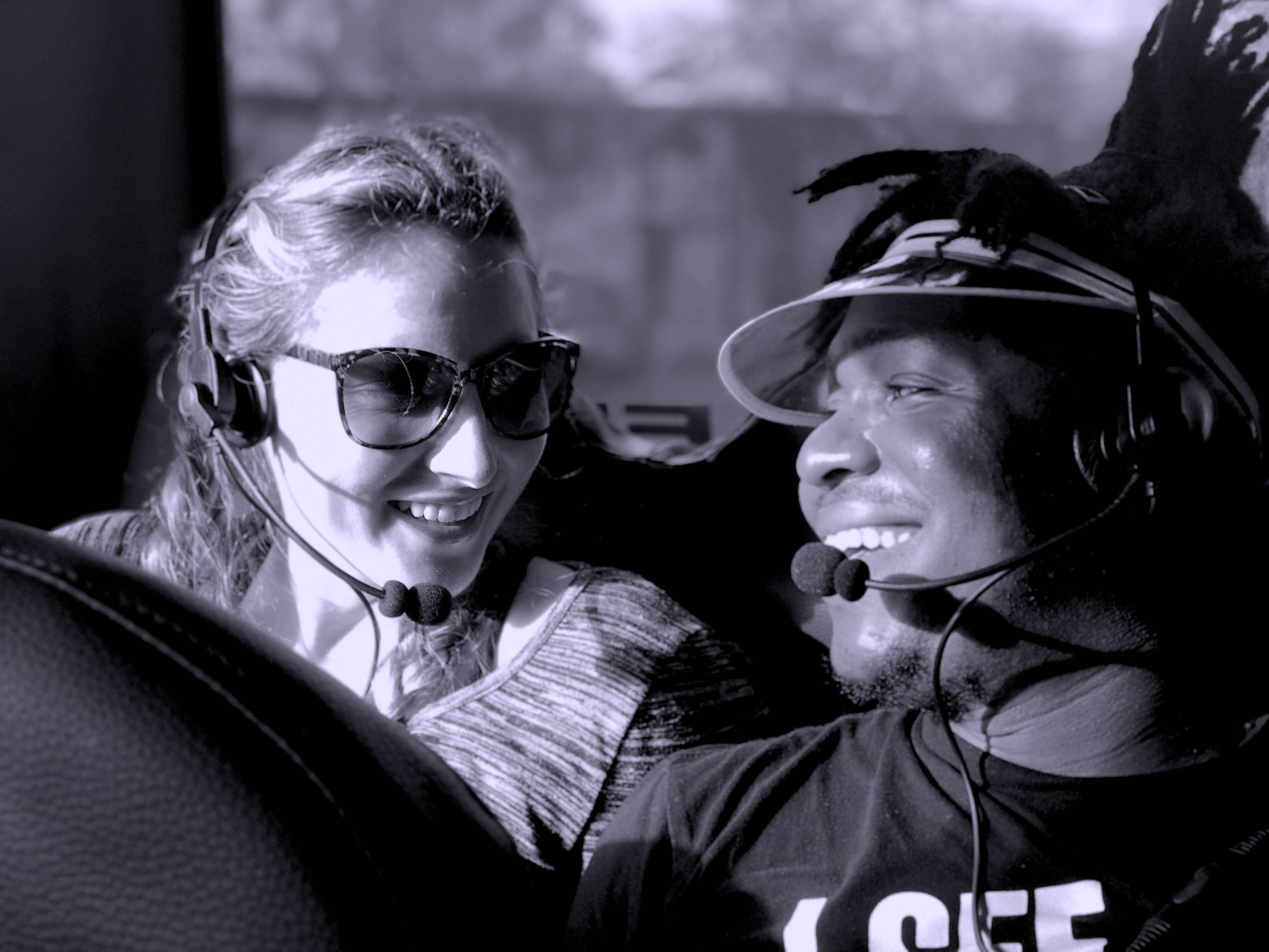