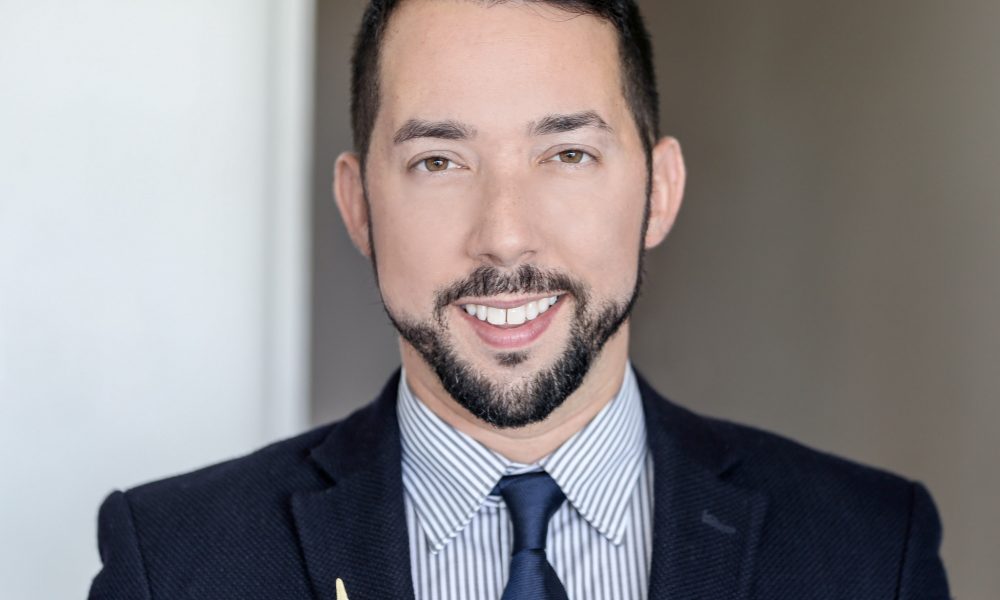 Today we’d like to introduce you to Steven Le Vine.

Steven, please share your story with us. How did you get to where you are today?
As a kid I loved sharing stories with classmates and friends about places I had visited, things I had seen or people I had met, usually in precise detail. I think I did it so often I probably irritated them! As I entered junior high, this natural love of sharing things transitioned from stories into music, in the form of albums and concert bootlegs, with the intention of getting my classmates to fall in love with the artists I enjoyed listening to. The two main ones were Tori Amos and Alanis Morissette, who unknowingly led me to find my inner calling and go off independently with it as a business owner.

This organic love of telling stories and promoting things blossomed into a career in public relations, when my father quickly identified the connection. A month out of college at William Paterson University in New Jersey, while interning for a boutique marketing and PR agency, I was inspired to launch my own company, at the time focused exclusively on music PR. It began growing further with an extensive roster of clients while I was employed with another public relations firm less than one year later and I decided it was something I should probably pursue more seriously than just a moonlighting project.

A few months later, I was called in by the head of the firm and asked to either abandon my company, of which they had just become aware through press coverage, or essentially be forced to resign. The latter was the path I chose, despite many of those close to me who adamantly believed I was throwing my career away at 25. Although I had tremendous trepidation, my gut told me I was making the right decision. With my at-the-time business partner and best friend Stephen equally leading the company, grapevine PR + consulting, now an entertainment and lifestyle public relations firm, began taking off like a rocket, and a year later I moved across the country to Los Angeles. It’s now been more than 10 years, and grapevine PR has just expanded with its second U.S. office, in Austin, Texas, with the launch of grapevine PR ATX. It’s been quite a journey for sure and one I consistently reflect upon when making any new decisions that involve risk.

We’re always bombarded by how great it is to pursue your passion, etc. – but we’ve spoken with enough people to know that it’s not always easy. Overall, would you say things have been easy for you?
Whether you take the easy road or a more challenging one, there will always be obstacles or things one must overcome. In life, there is no smooth road, and if you do find yourself traveling on one, I recommend you pull off and find a different one, because the one you’re on will not teach you anything worthwhile when you finally get to your destination, and let’s face it, will not be nearly as fun.

The more considerable challenges early on for me were in trying to convince family members and close friends that although the path I had chosen seemed shortsighted and impulsive, intuitively I knew it would work out. Concurrent to that was convincing potential clients or industry peers that my age wouldn’t prohibit me from being an effective publicist or business owner. Later, those more significant challenges have transitioned into making strategic decisions that support the long-term growth of the brand, not a year or two down the line, but 5, 10 or even 20 with the understanding now that those blocks of time pass much more quickly.

Peppered in along the way have been smaller challenges, like not allowing myself or services to be taken advantage of, striving to achieve a work-life balance, and preventing my excitement from steering me in too many different, shortsighted directions.

All these nonetheless have strengthened my resolve and confidence in myself, as a publicist and a business owner, and have most importantly taught me both career and life lessons that have made it so that those experiences have been minimized or neutralized completely. What I’ve learned is that these are all just tests, and although we may at first fail a test, if we’re honest with ourselves and acknowledge that, we are always in a much better position to learn from it, so that we can ace it the next time and be given another test from which to learn something else.

So, as you know, we’re impressed with grapevine PR + consulting – tell our readers more, for example what you’re most proud of as a company and what sets you apart from others.
grapevine PR + consulting is a lifestyle and entertainment public relations agency. We craft scalable custom media relations campaigns for our clients that are aimed at garnering them consistent, positive and impactful media visibility in print, digital and broadcast venues. We help to introduce new brands, elevate established ones and sometimes reposition or refresh a brand’s image to change or enhance the public’s perception of it. We also work with dedicated partners that can further help to develop or strengthen a client’s brand, whether in the form of personal brand management, social media management, marketing strategy, digital marketing, or on-camera media coaching.

My own strength has always been about earned media outreach and writing. Over the years, I’ve had the privilege of handling clients ranging from television and film stars like William Shatner and The Carbonaro Effect’s Michael Carbonaro to major corporate brands like Caesars Entertainment and P.F Chang’s to Emmy and Oscar Award-winning filmmakers, and cultural arts and music organizations, like the Gay Men’s Chorus of Los Angeles (GMCLA). Others have included high profile doctors, spas, gyms, restaurants and nightclubs, wine and beer festivals, fashion designers and clothing manufacturers, restaurateurs and chefs, furniture and home décor retailers, charitable non-profits, illusionists, theatrical shows, filmmakers, reality TV personalities, real estate agents and more.

One of my favorite memories along the journey was in getting the opportunity to represent Monte Pittman, an exceptionally talented rock and metal musician, and longtime guitarist for Madonna, and got the chance to join him throughout Europe and Israel on her 2012 MDNA Tour, the highest grossing female-fronted concert tour of all time and biggest tour of that year. To get the chance to see the inner workings of a history-making world concert tour juggernaut like that will stick in my mind forever.

Other favorite moments of mine have included getting the opportunity to travel to remote countries like Uganda and Zimbabwe to work with clients like Sylvia’s Children and BEAT AIDS Project; getting the chance to mentor students to success through the Network for Teaching Entrepreneurship and seeing the absolute joy on their faces when, thanks to their hard work and talent, they would go on to win top prizes and investment capital for their businesses; and getting the opportunity to offer my insight and expertise from time to time in major business publications like Forbes and Entrepreneur.

I’m most proud of the recognition we have earned for our campaigns. Just last year we were recognized as the “Agency of the Year” in the PR World Awards, and the year prior we took home awards for “Campaign of the Year” from Ragan’s PR Daily Media Relations Awards, PR & Marketing Excellence Awards and PR World Awards for our 2015 campaign involving client Danny Pintauro, who is best known for having played Judith Light’s on-screen son on ABC’s hit 80s sitcom, “Who’s The Boss?” The campaign began with an exclusive sit-down interview between Danny and Oprah, in which he revealed publicly for the first time his HIV diagnosis, which subsequently became the No. 1 international trending news story. We then managed the rollout of a three-month media tour with stops on The View, Entertainment Tonight, HuffPost Live, CNN’s Newsroom, E! News, Australia’s Channel One News, and more. The press tour culminated in countless letters of support, offers from literary and speaking agents, invitations to participate in major fundraisers, contributing writer opportunities, and a celebrity ambassadorship from The Elizabeth Taylor AIDS Foundation. It has been one of my proudest moments as a publicist.

I think what sets me apart is my genuine love of the practice of public relations and of people in general. I’ve always loved meeting people. I love working with my clients and learning about them on both a personal and professional level, and greatly appreciate the opportunity to learn about what they do and get a glimpse into different fields. I absolutely love, each time, watching them receive positive media attention for what they bring to the world. It brings me sincere joy and excitement, because I feel fortunate to be in the position to do what I do every day and get the opportunity to work with them. I realize that they trust me, and I never want to let them down.

So, what’s next? Any big plans?
Right now I’m mainly focused on overseeing the launch of our newest office (grapevine PR ATX) in Austin and growing grapevine PR’s presence within the city. I fell in love with Austin as soon as I visited and decided that it was the ideal city to grow grapevine’s presence further. There seems to be boundless creative energy in Austin, entrepreneurs and startups on every corner, limitless innovation, and a thriving business community. Not to mention it’s the home of SXSW, Austin City Limits, Alamo Drafthouse, Tito’s Vodka, Chameleon Cold Brew, EPIC, Whole Foods Market, Dell, Keller Williams, and TV and film stars like Sandra Bullock, Elijah Wood, Matthew McConaughey, and Richard Linklater. And then there’s the talk of Austin most likely becoming the home to Amazon’s new headquarters.

I’ve also recently launched an online community — the International Alliance of Public Relations, Marketing and Journalism Professionals. I was inspired to establish it after observing that there really wasn’t a digital community of this sort that was focused on bringing together specialists from all these various industries while still providing a professional, welcoming and hospitable environment. There’s no hierarchy in this group – no crowns or titles. Just a wonderful group of professionals who share a passion for what they do. I’m excited as the community has been rapidly growing and the feedback I’ve been receiving has shown that those who have joined have been really searching for something like this. There’s a great sense of collaboration and camaraderie within the network.

In the next five to 10 years, I’d love to focus on expanding grapevine PR even further with offices in even more cities; perhaps publish a book or two; continue to contribute thought leadership; and of course, continue working with clients who inspire me with their inimitable talents. 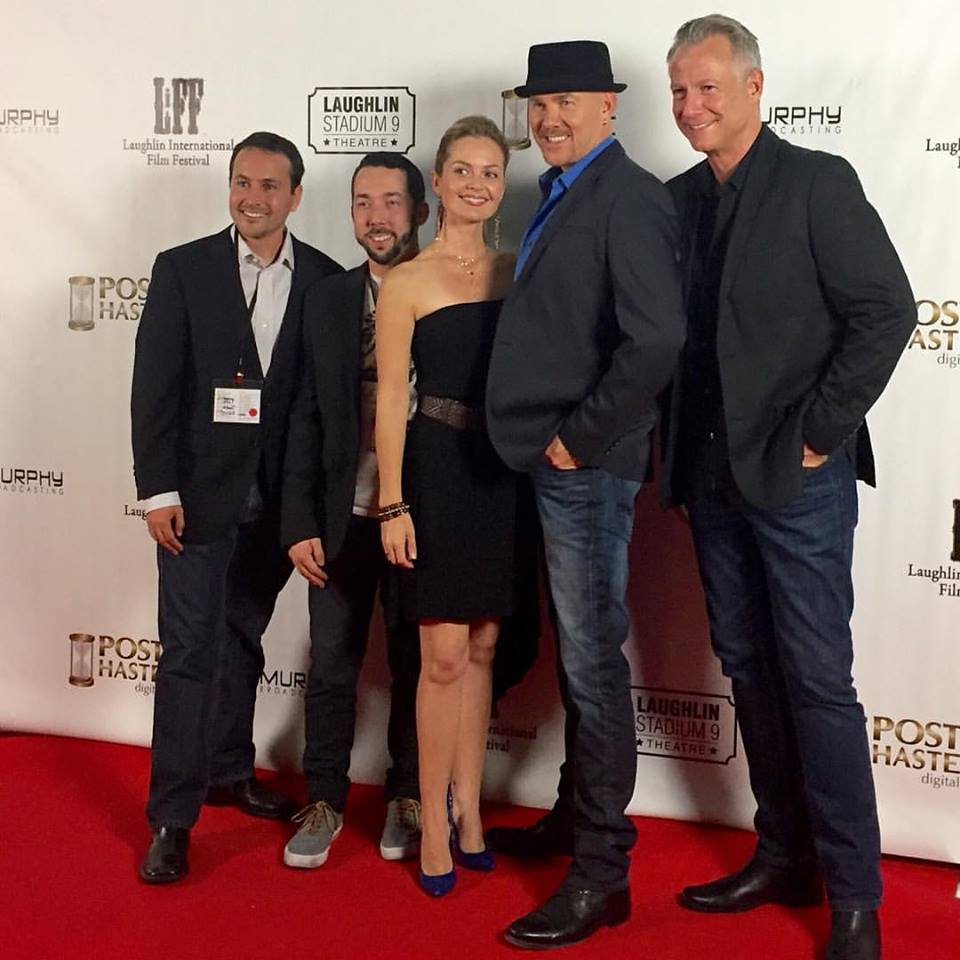 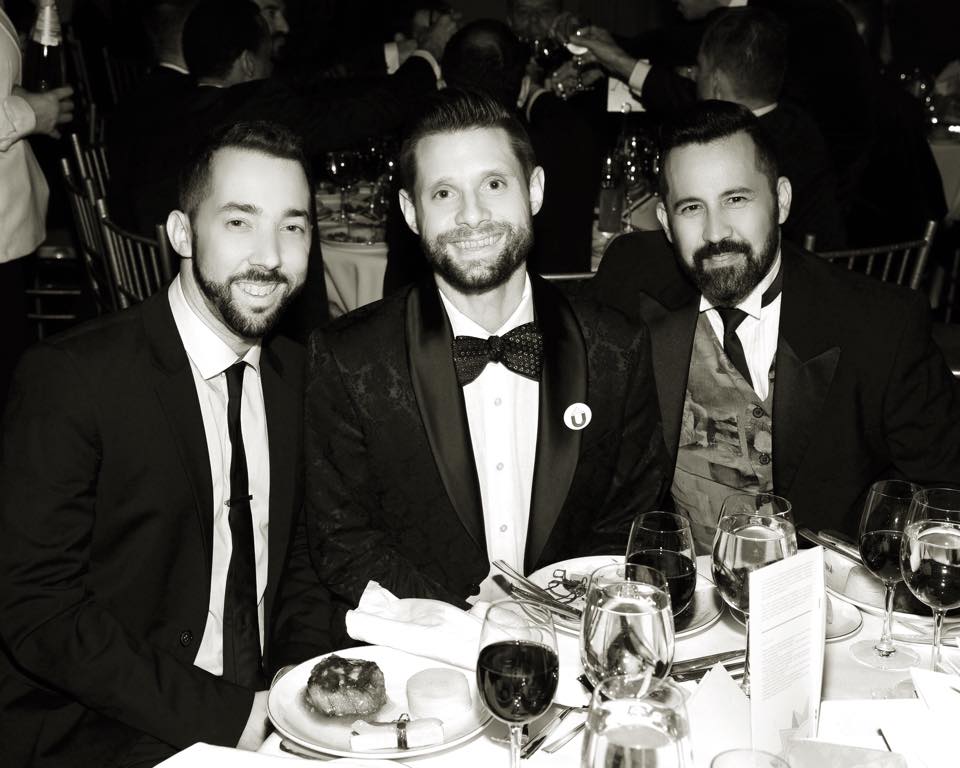 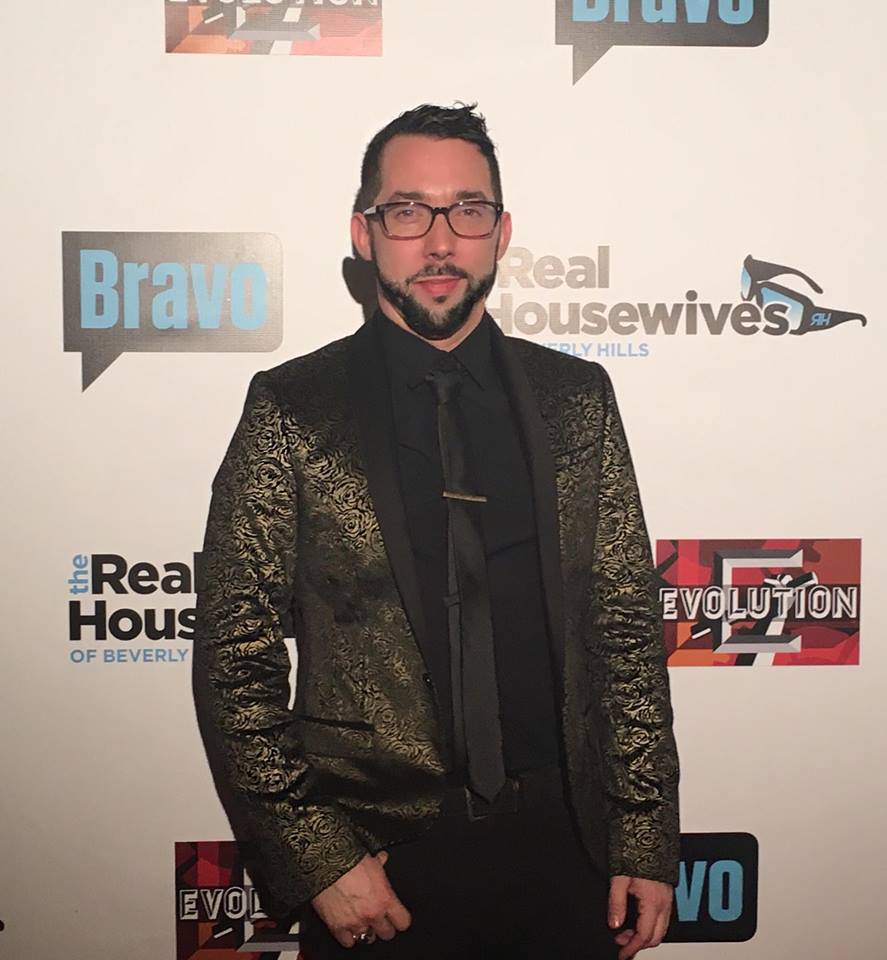 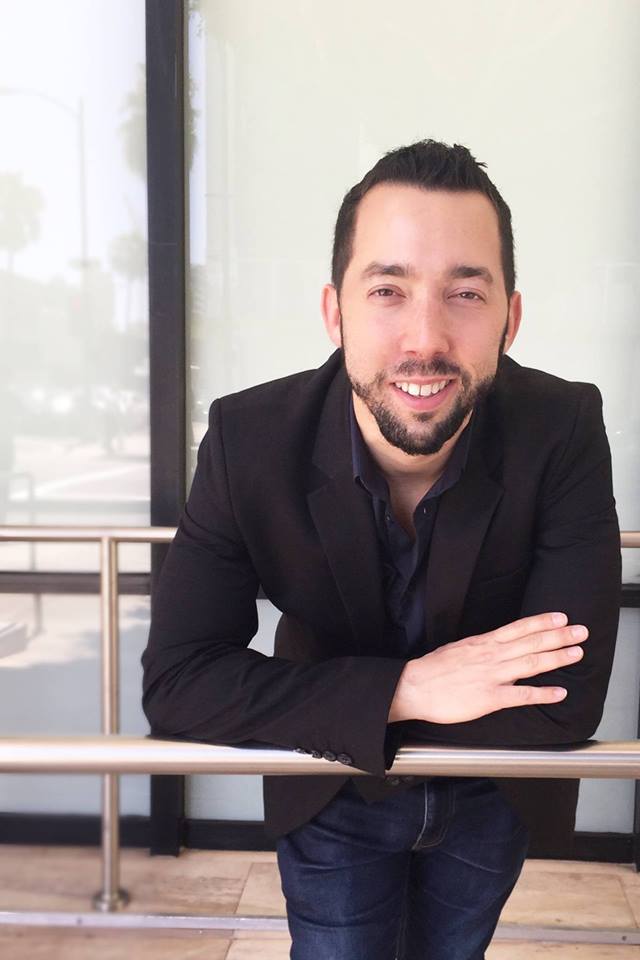 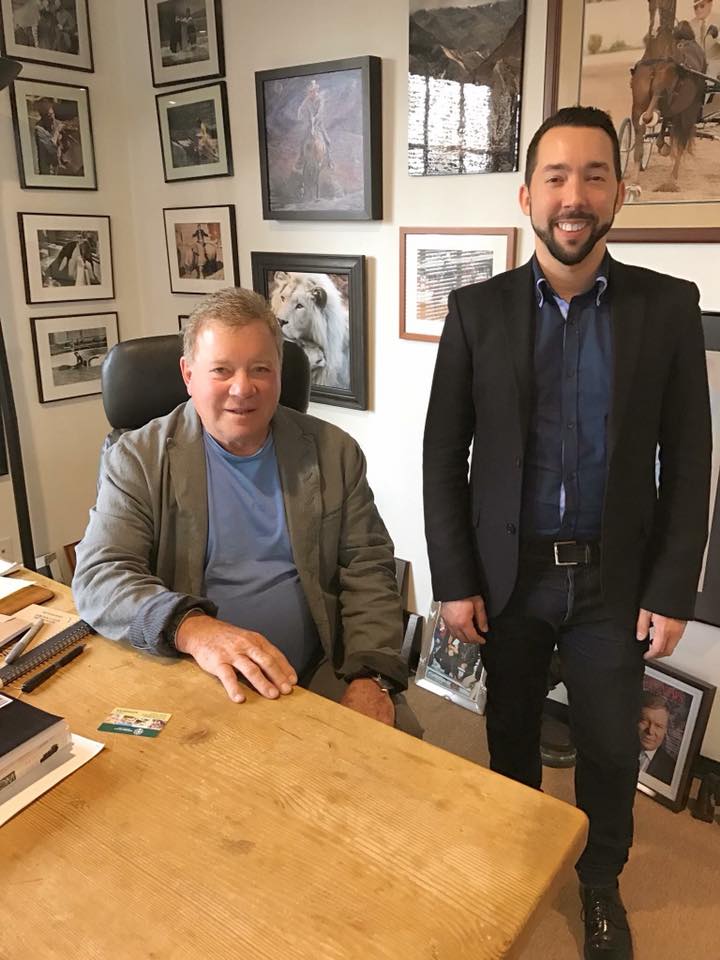 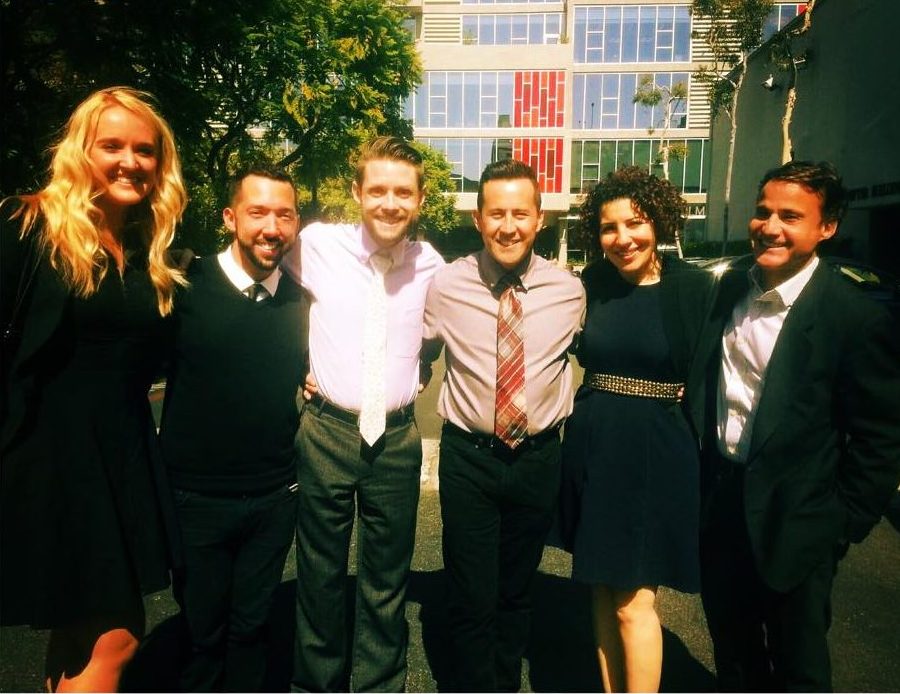 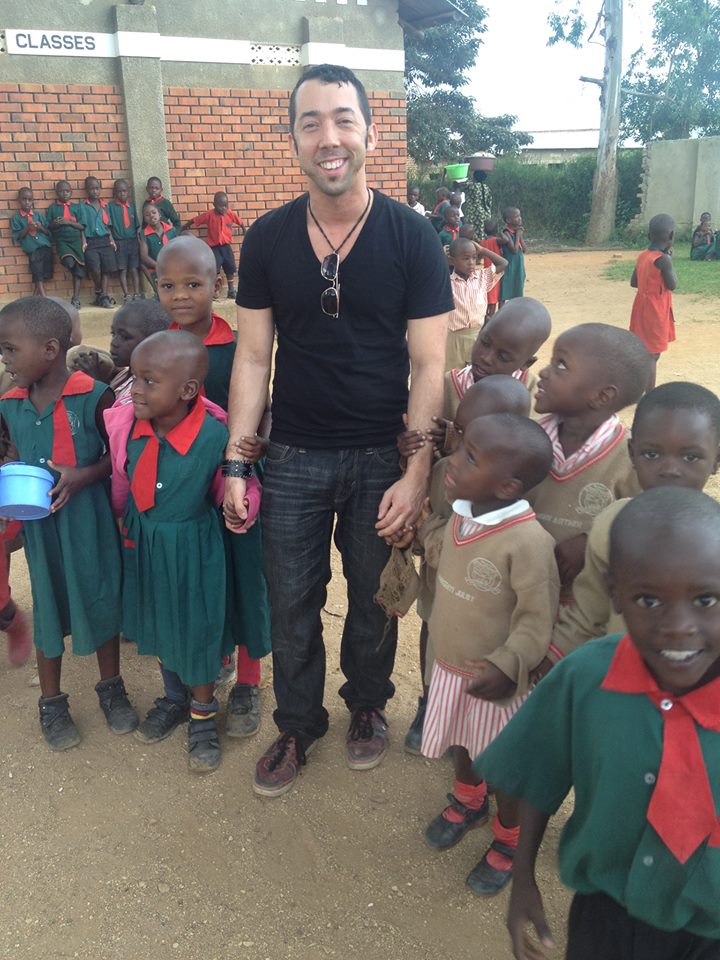 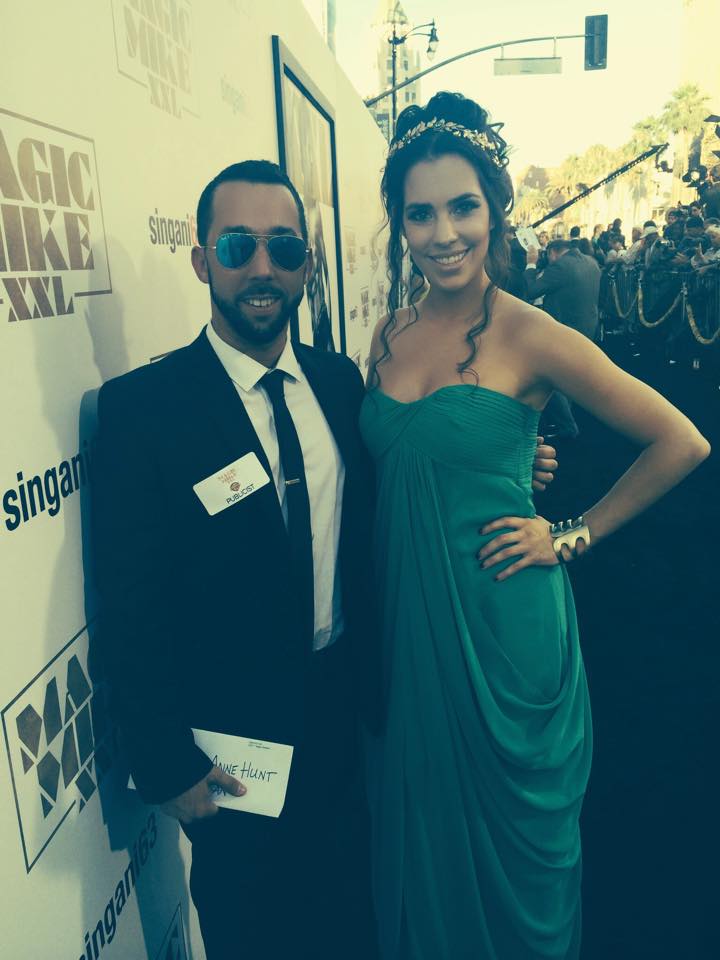