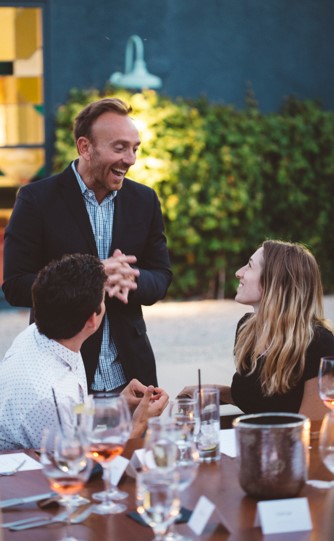 Today we’d like to introduce you to Steve Fortunato.

Steve, let’s start with your story. We’d love to hear how you got started and how the journey has been so far.
The following is an excerpt from an interview with me in the Publication Life and Thyme that asked a similar question:
“I started by going down the road of opening LA’s version of Gramercy Tavern: an accessible but warm, upscale bistro. I started doing restaurant negotiation after restaurant negotiation and kept hitting brick walls. In the midst of that, the same person that advised me to consider looking at restaurants as a potential career path also advised me to start doing some dinner parties to build a customer base.

What a smarter businessman would have done was to think about the business model and how he was going to market that. As a visceral, visual person, I thought about what the tables would look like that people sat at. So, I started building an arsenal of large Tuscan tables — which is a very odd way to start a business. I took six months and I built these Tuscan tables that can be easily assembled and disassembled. I asked friends at the restaurant that I worked at to cook and we did our first dinner party. Four or five months later, I did it again.

All the while, pursuing opening a restaurant with this very high-paid, high-powered attorney.

I kept doing these dinner parties and saying “we’re going to open a restaurant.” I would go to Craigslist and order apartment stoves and I would rig the apartment stove to propane. I would then rent a U-haul and we would carry apartment stoves into people’s backyards. I didn’t know anything about anything. I didn’t understand the concept of rental companies, I didn’t realize there was probably camping stoves that you could use. And, I would ask friends from the Patina group to come cook, find some servers, and bring the Tuscan tables that I built. When you’re a server and a bartender, you’re counting tips every single night. Adding money to your monthly budget for an idea was really scary.

So, we kept doing these dinner parties, and people started to say “hey, would you cater our wedding? I like how this is fancy but fun. It’s fine dining, but it’s accessible.”

We did it, we catered some events, and made some money. But, we kept saying “we’re not a catering company, we’re opening a restaurant.”

We kept hitting brick walls on the restaurant negotiations. I continued doing these grassroots dinner parties but were very underwhelming. But, there was something about them that people were really responding to — there’s was a community there. I was getting more dinners and started really connecting with winemakers. I love winemakers and we immediately got each other. Sommeliers have their own sort of persona and personality. Winemakers have a totally different personality. They’re craftsmen, passionate about what they do, and intelligent, but there’s dirt under their fingernails. And they’re small businessmen who are all in. I had gone from begging winemakers to come to selling so much wine at these dinners. I was now charging winemakers to come to these dinners.

I quit my job and went all in. I used these dinners as a marketing piece. We lost money at these dinners but people would get a vision of catering from these dinners that were different from what they were experiencing with other caterers. The concept of multiple courses and a fine dining sensibility reflected in event catering wasn’t really being done when we started.

For me, the way I am wired is by my desire to make an impact in whatever sphere I am occupying. You don’t see the hospitality industry impacted by caterers — you see it impacted by restaurateurs.

There is this interesting thing that has happened to food where there are these two paths: there have been entities that have said, “we can make a lot of money serving mediocre food to hundreds of people. Let’s do that.” And then, there have been other people that have said, “let’s be as passionate and excellent as we can. Let’s become stars in the process and celebrities.”

So, all of a sudden, it becomes about the individual, or it’s mediocre and about the money. I think both are missing the mark a bit. With the entity I’m trying to build, I’m trying to capture that sense of community and try to give honor to these sacred gatherings by giving the highest level of attention to detail. But also building a company that doesn’t exist around an ego.

The first thing that ever happened with roomforty was the building of tables. And really honoring the table as a place where a meal is shared in a real way and memories are made.

I’m trying to capture that sense of community and try to give honor to these sacred gatherings by giving the highest level of attention to detail.”

I started to look at the venue business model and the venue aesthetic. I became more and more convinced that it was a wise move, from a business model standpoint, that there was an opportunity in the market for a new aesthetic in the venue space. I embarked on the journey of opening a venue.”

The Fig House was the first venue we opened. It is a creative event space for private events and serves lots of different purposes. Whether it’s for weddings, birthdays, gallery showings, or openings.

I contacted my friend Emily Henderson and asked her to design the interiors, and she did a great job.

Once I opened the Fig House — I knew I thrived on business development and expansion — so, I opened the Hospitality Collaborative — as our umbrella company, under which our existing brands and new concepts would operate.

We had been hiring a craft cocktail company called Pharmacie to do our bars — and at some point in made sense to do a joint venture and partner with their founder to have Pharmacie come under the Hospitality Collaborative banner.

Where we are today — is that we’re about to open a second venue in Orange County, called the Harper, have gathered a team of phenomenal people who together, are all calibrated toward delivering what we like to call “virtuous hospitality” to special event clients.

We’re always bombarded by how great it is to pursue your passion, etc. – but we’ve spoken with enough people to know that it’s not always easy. Overall, would you say things have been easy for you?
It’s been a wild ride. Starting the company in my house — as a “one man band” and having a company now that has 40 employees, 2 event venues and executes multiple events on an evening, has required a lot of change and a lot of growth — for me as a leader, and for us as a company.

Turning our ASPIRATIONS into OPERATIONS has been one of the greatest challenges.

Transitioning well from one man band to mom and pop, to start up, to the boutique to bigger… managing those transitions well.

Marketing and publicity. We hatch great ideas and great visions–but I’m not a great promoter.

Getting that message out — but doing it in a way that doesn’t compromise the essence of our message — that’s been challenging.

We are known for catering special events for clients that place a high value on the quality of their food, their beverage, and their service. When we started our first company (roomforty) 10 years ago — a lot of caterers were opening cans. A lot has changed in our industry — but all along, we’ve been a scratch kitchen. From fresh pasta to ricotta from scratch, an expansive in-house curing program, in-house pickling and fermenting, in-house charcuterie… we were the first catering company that PolyScience had ever sponsored. (That’s the company that manufactures the appliances for molecular gastronomy).

We are known for innovative and artistic food and beverage at private events. And we are known for hospitable and excellence in service — which is very hard to accomplish in catering.

I’m also proud of the events that we’ve hosted at our venue. From Jay Z launching, his streaming music site TIDAL, to Cardi B shooting her cover, to the March cover of Vogue, to countless weddings where couples have made promises to each other — it’s fun to create a space where so much magic happens.

But what I’m most proud of is — is our people. We have amazing people. There are over 100 years of Hospitality experience in just our senior leadership team. Our team without a doubt is our greatest asset.

The second thing I’m most proud of is our vision of hospitality. We have phenomenal food, amazing drinks, and beautiful spaces. But a lot of teams have that.

Today, to make an impact — you have to more than just innovative food, or great service. Execution has to be flawless — of course. But if a flawless execution is your premise — that’s not very original.

What I’m most proud of, is that we have something to contribute into this industry — something that goes beyond innovative food, or great cocktails — something TRULY meaningful. There’s a collective activism on our team — a desire to recover hospitality from the culture of demonstration — and bring it back to an invitation.

We will continue to cater memorable and amazing events throughout California and beyond while opening more event venues around the state. 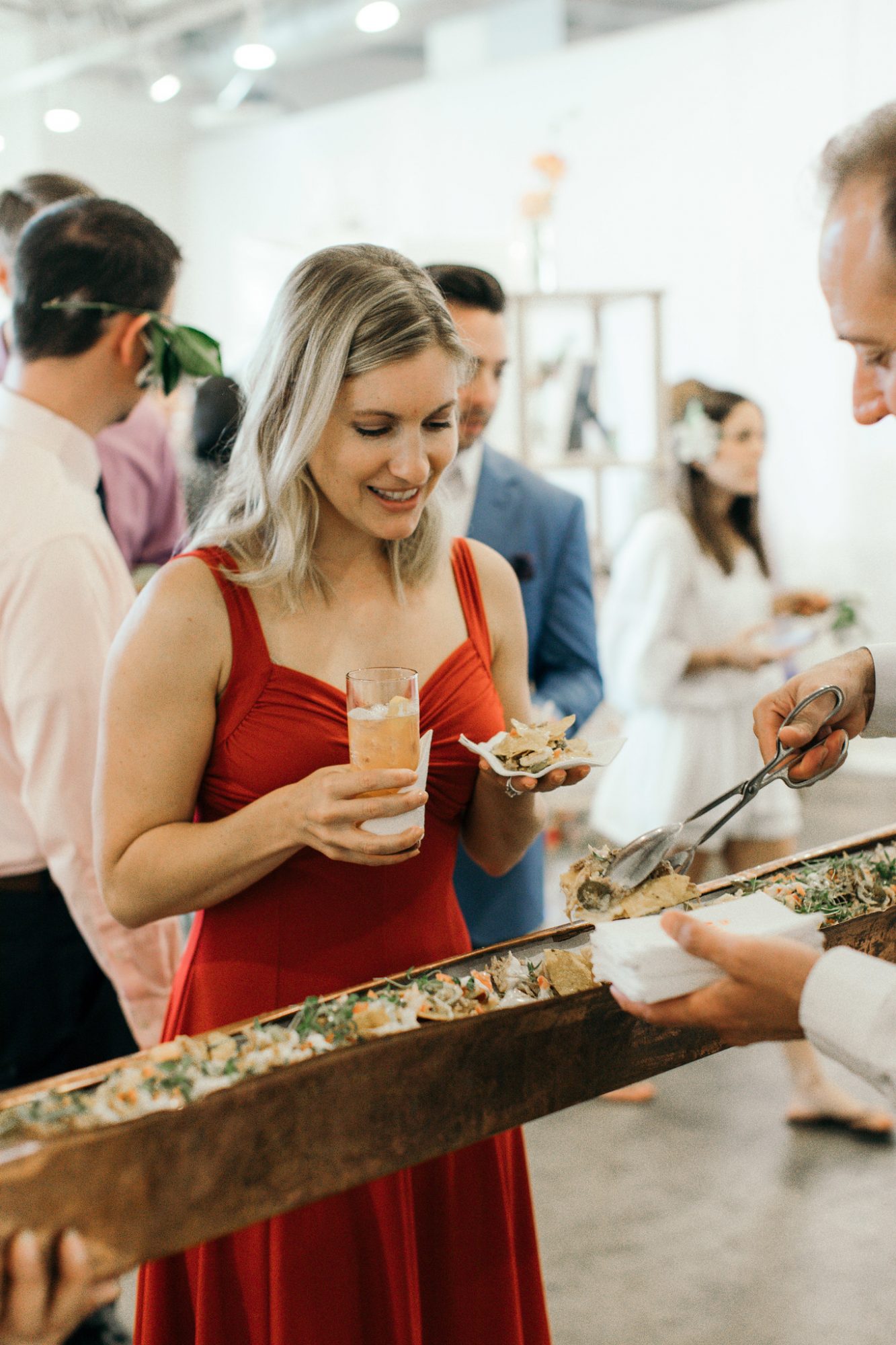 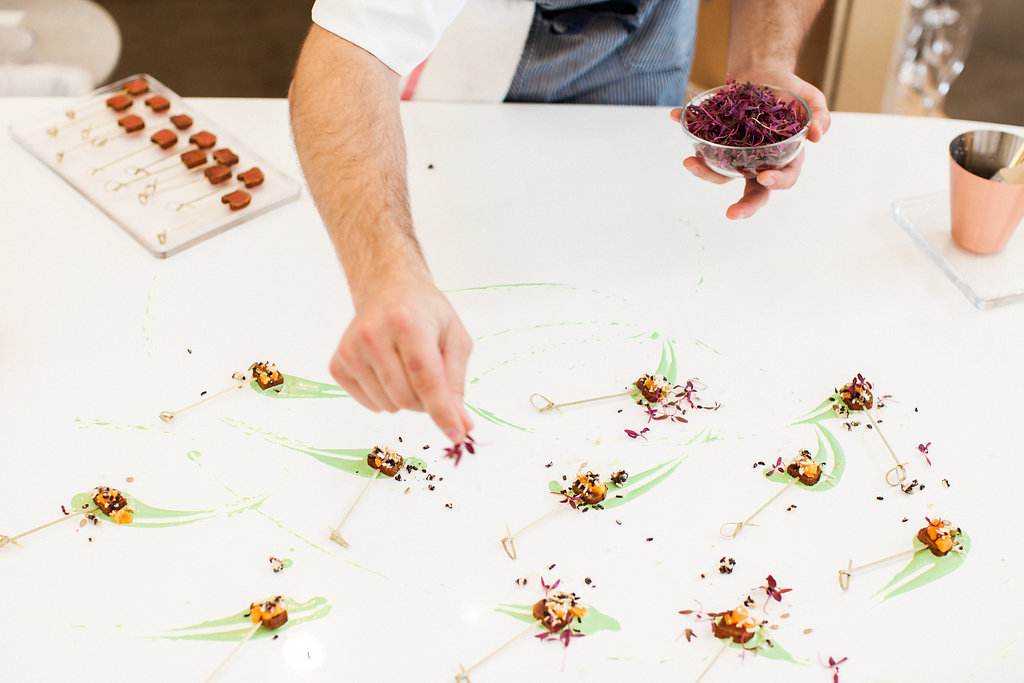 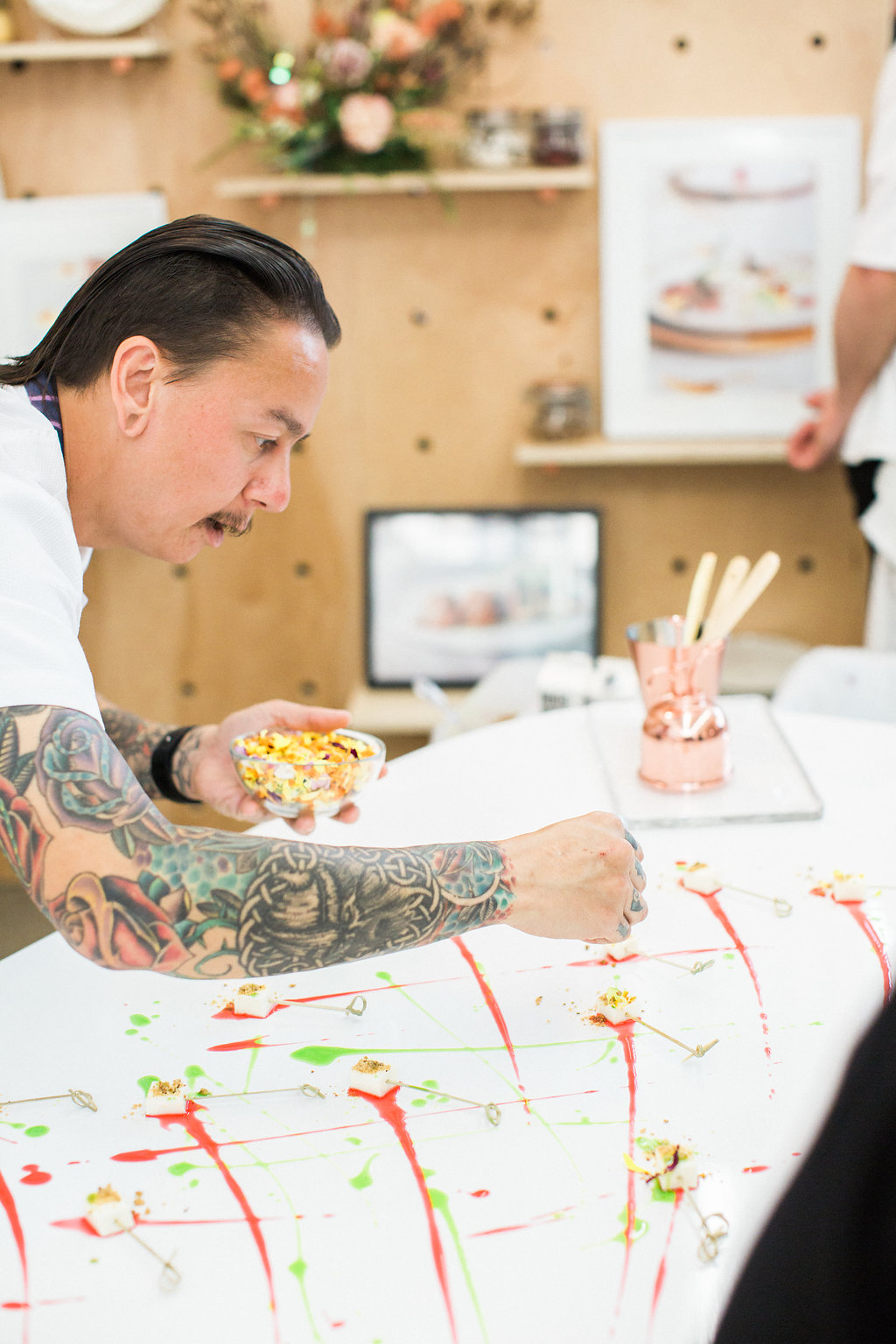 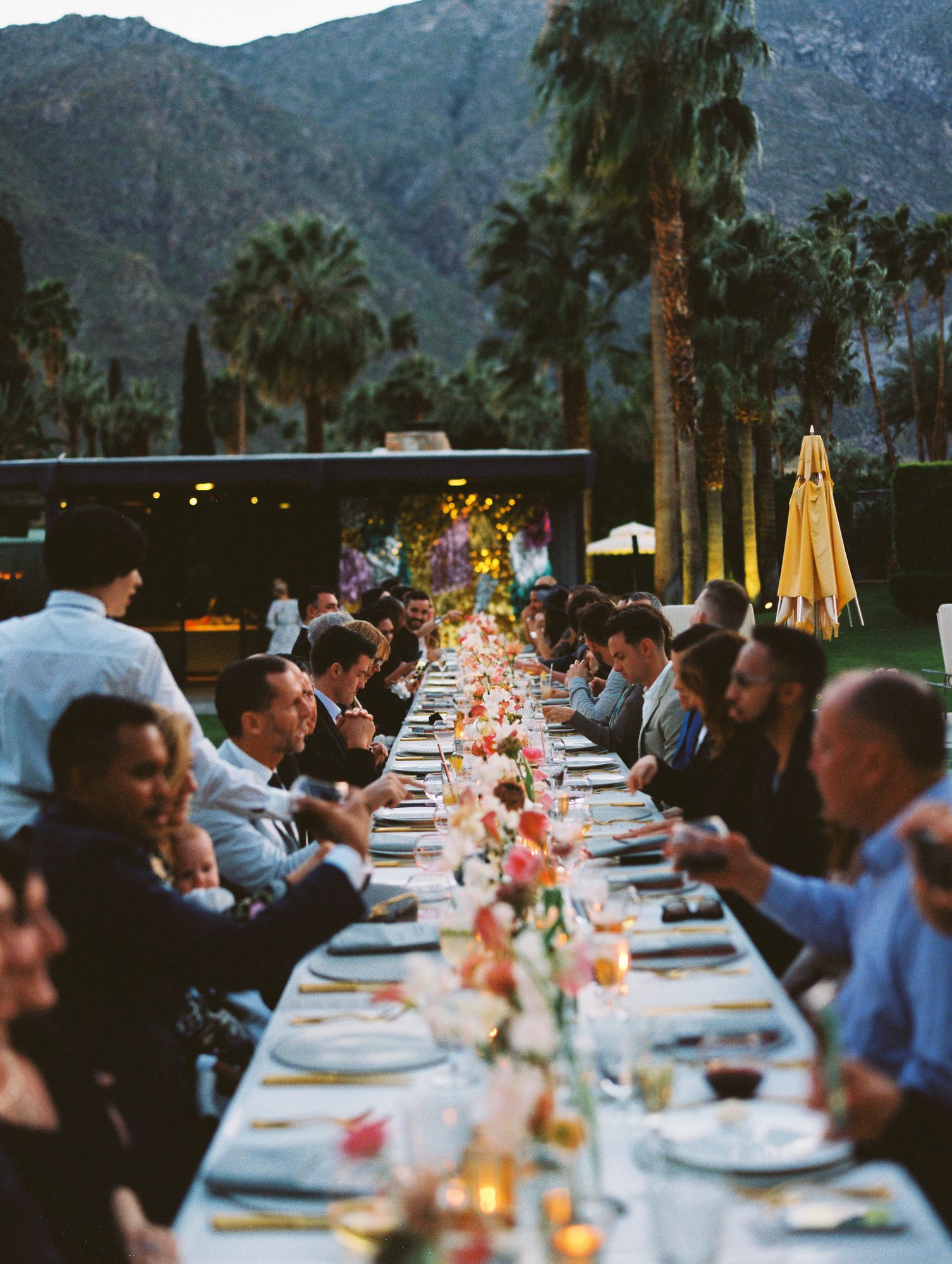 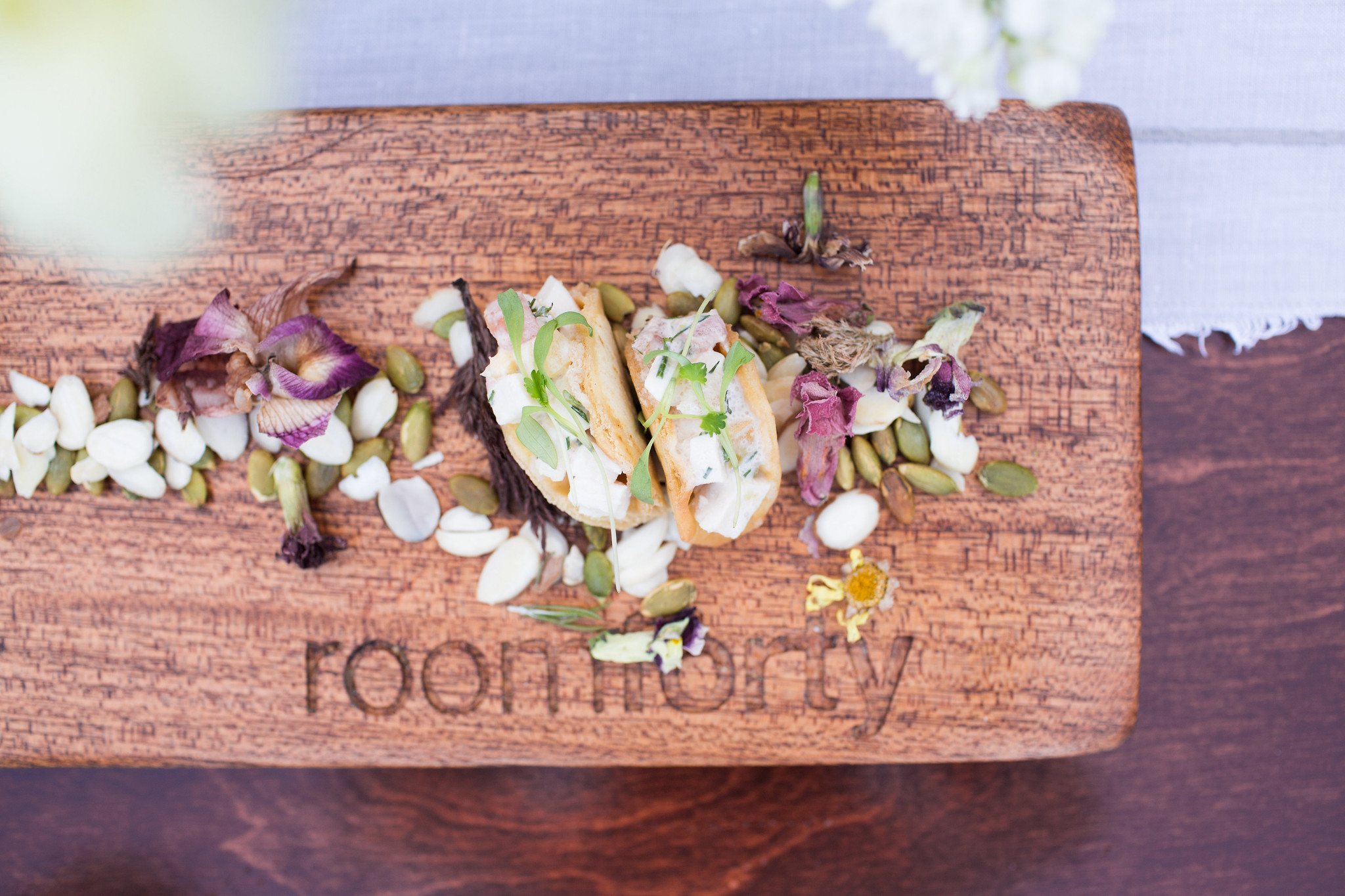 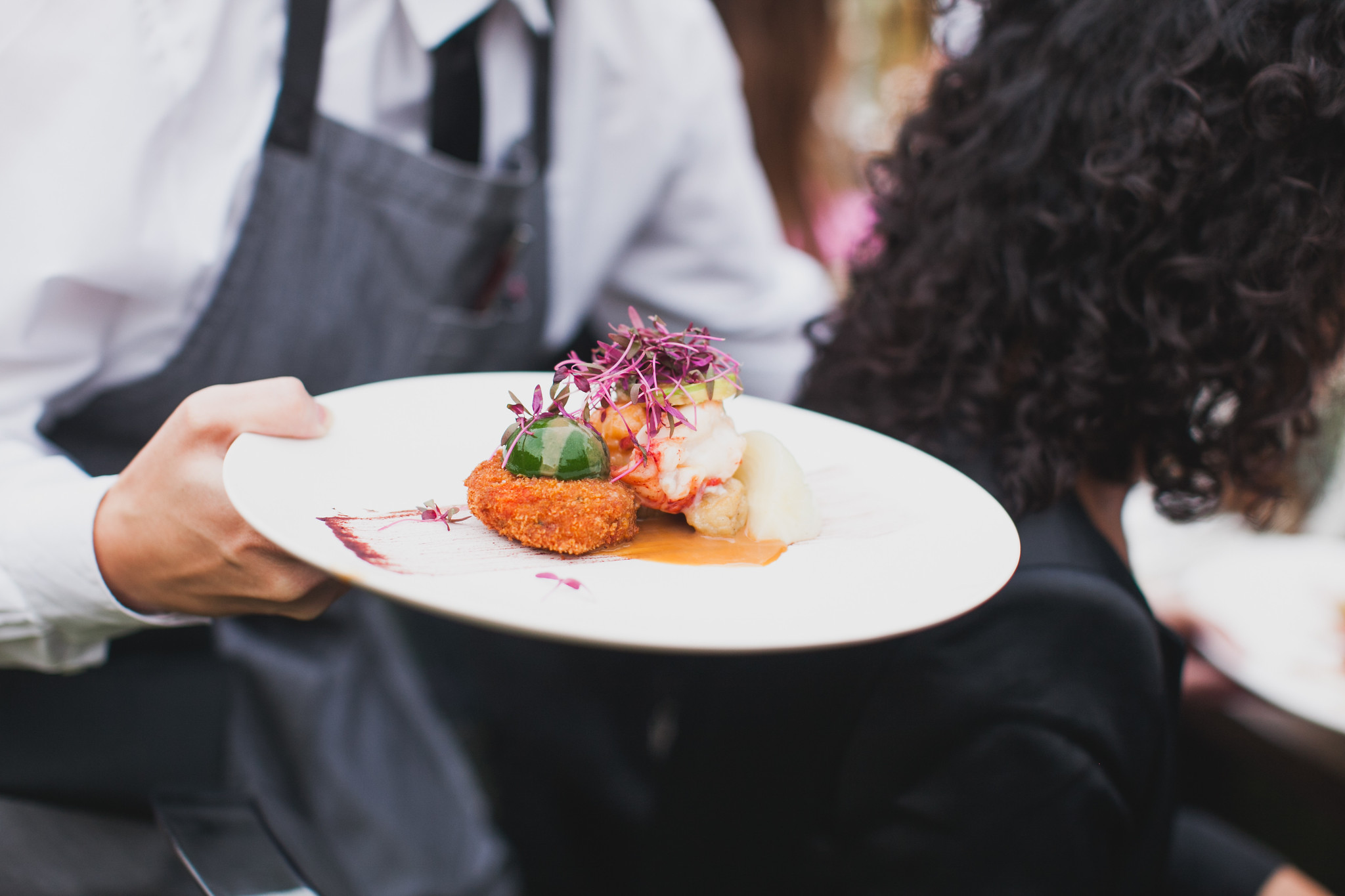 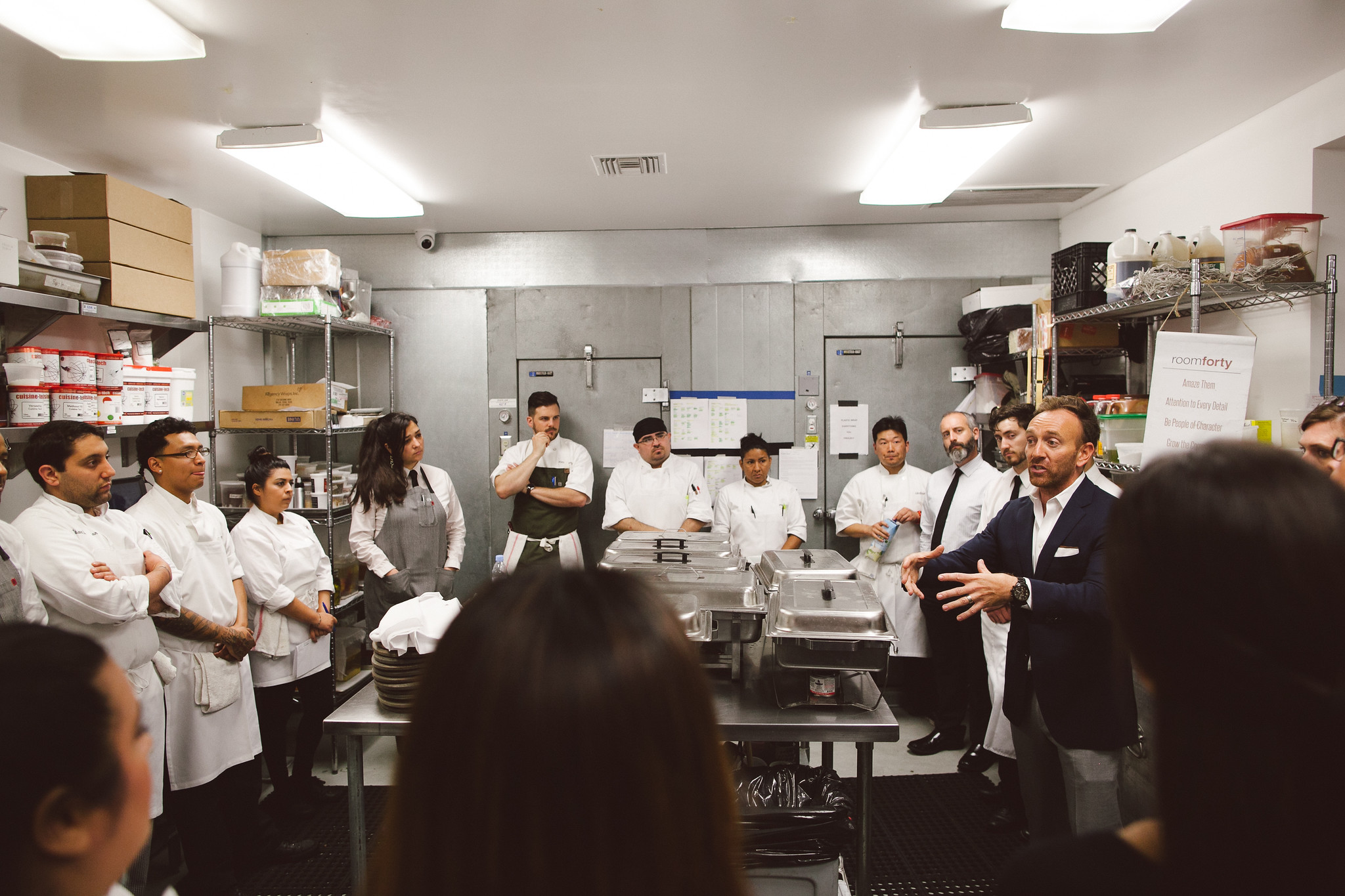 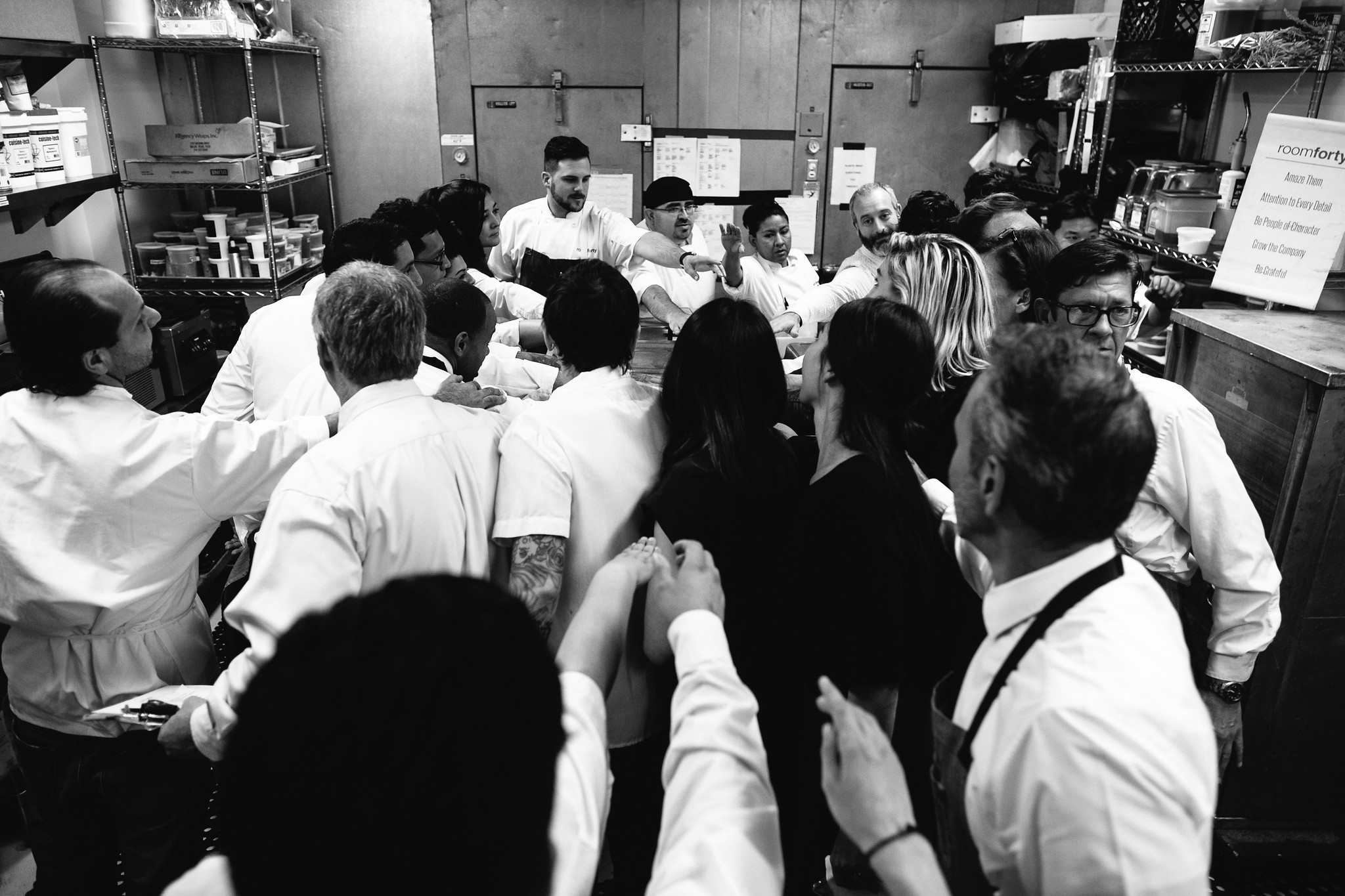 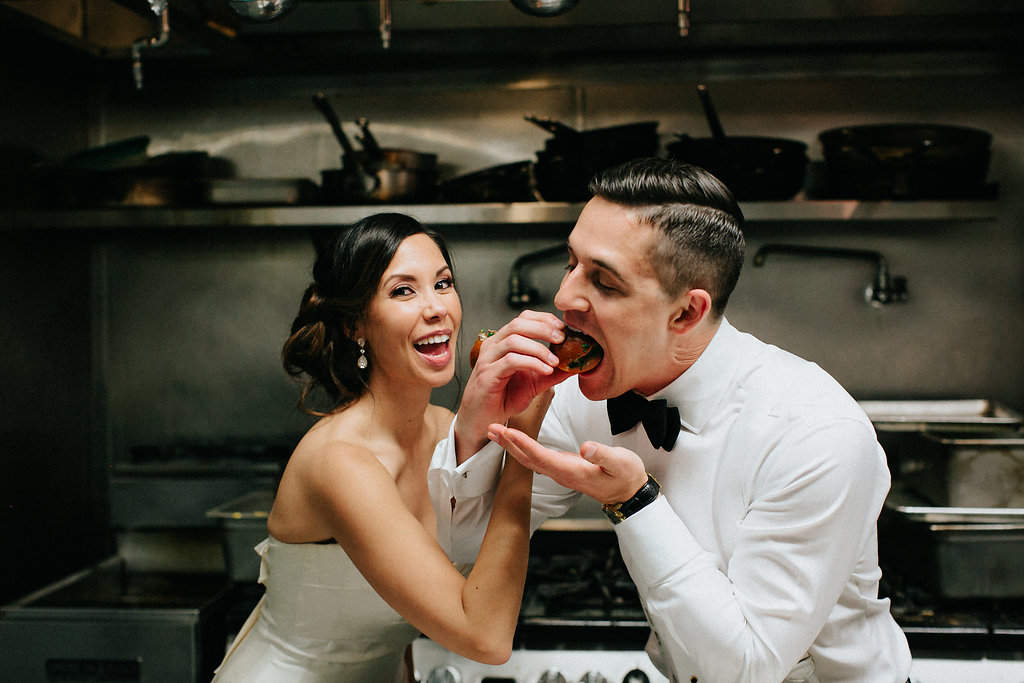