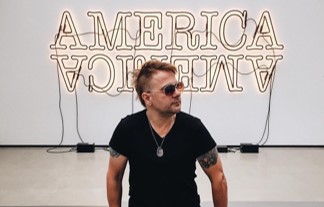 Today we’d like to introduce you to Stephen Jude Mills.

Every artist has a unique story. Can you briefly walk us through yours?
I’m a Northeastern PA native. Born in Scranton and raised in Old Forge. I started playing drums when I was eight years old. Two of my older brothers played, and the one who was closer in age to me would practice in the basement with his high school cover band. I’d hang down there for hours, watching & listening. Visually, what he was doing with his four limbs just made sense to me. Then one day, he turned me on to KISS “Alive!” and that was it. I was blown away by what I was hearing and seeing. I started playing his drums – and the intro to Rock & Roll All Nite – immediately. Apparently, I was already inclined to learning songs by ear. Not long after, my oldest brother (who’d grown more interested in photography and wasn’t playing drums anymore), saw how obsessed I was and gave me his Ludwig kit. I was set!

By around 11, I’d started jamming in the basement with a 15-year-old kid who lived at the other end of my street. He’d been taking lessons from my brother’s guitarist, was a KISS fanatic, and could also learn songs by ear. We started our first band, Flash, and played a few backyard parties. Since he was older, we naturally ran in different circles but continued to jam on & off over the years until I graduated high school. Around then we started writing songs and set our sites on L.A. We made an unsuccessful attempt at moving here when I was 19, returned home to our factory jobs & started saving up money again. By the time I was 21, we’d saved enough to buy a Chevy van from our local mom & pop grocery store and head West with a better plan. The “dream band” we set out to form in L.A. didn’t come to fruition, Eddie moved back home after a year or so (and has since passed, R.I.P.), but I’d really started growing some roots here and was meeting and playing with as many different people as possible. And I still do!

Over the years, I’ve played countless cover gigs and have been in many different original bands. Most not worth mentioning, but one – The Prix – had a little bit of traction regionally in the mid-00s with an L.A. Times “Buzz Bands” feature and as a KROQ “Catch of the day.” Since leaving that band, I’ve toured and or recorded with national acts like Gene Loves Jezebel, Jack Russell’s Great White, Haim, Bulletboys, Dilana, and country artist Mark Mackay.

I’m also a founding member of TOSJM, an original project with well-known Japanese guitarist, Takashi O’Hashi. We tour Japan annually and write and record together in between. We’re an offshoot of our previous band, Alley Cats LV, which played in L.A., & Vegas, as well as two tours of Japan. I have to stop right here and say just how much I love Japan. The people, the culture, the FOOD! I’ve done four tours now over the past couple of years, and each time is such an enriching experience. Looking forward for the next one, coming up in November.

Most recently here in L.A., I’ve started working with an amazing artist who’s also been featured in VoyageLA. Her name is Suzie Chism, and she’s legit badass & the coolest hang. I look forward to doing much more with her in the very near future, and I suggest y’all keep an eye out!

With all of that said, I’m always looking for new touring and session opportunities, and am always down for a coffee hang. Hit me up!

Please tell us about your art.
For me, it’s all about the song – serving and honoring it. That can take place in different ways; it just depends on the music. Whether it be playing an artist’s known music as it was originally recorded, or writing and recording my own drum parts for new music from the ground up. I always consider what feeling the song is conveying and try to support that with my parts – without getting in its way. I want it to feel good, above all else.

“Play the song, not the drums” is an oldie but a goodie that really resonates with me.

Given everything that is going on in the world today, do you think the role of artists has changed? How do local, national, or international events and issues affect your art?
Be true to yourself. 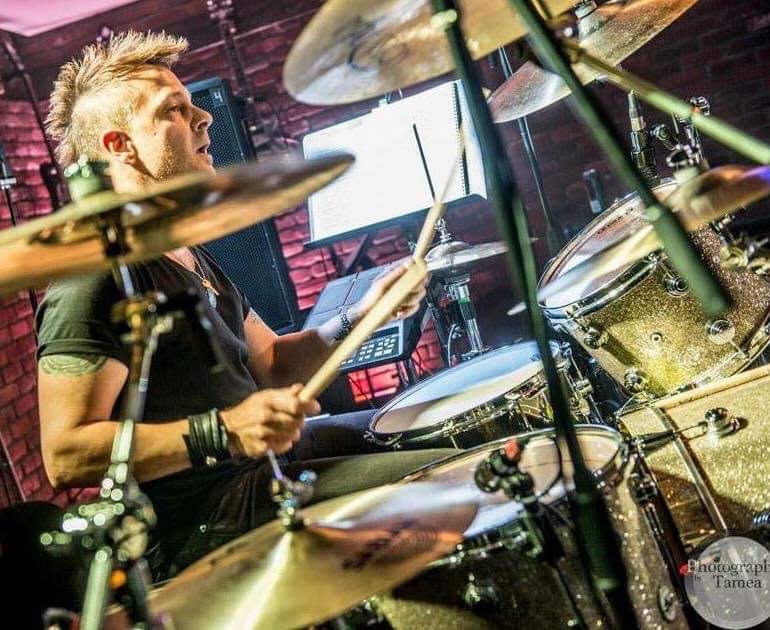 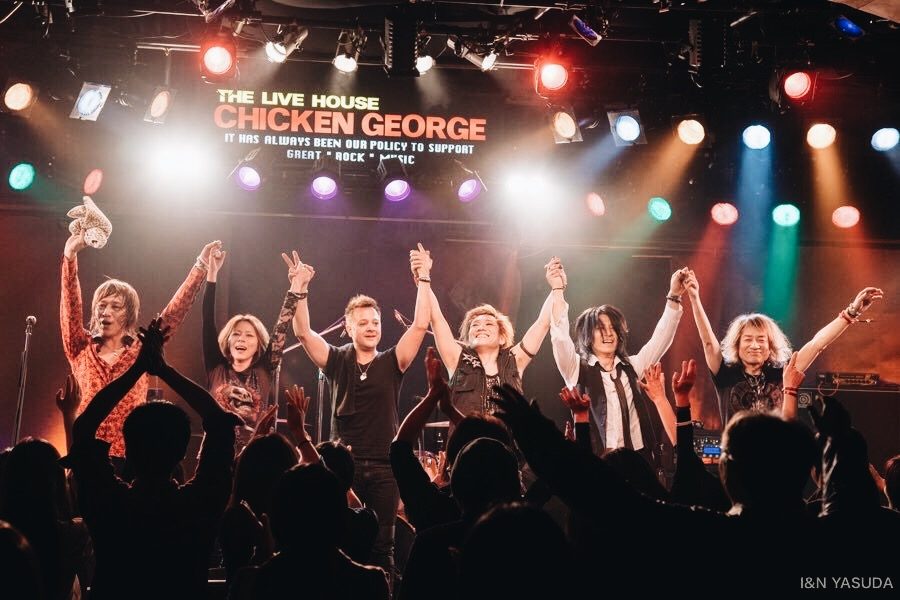 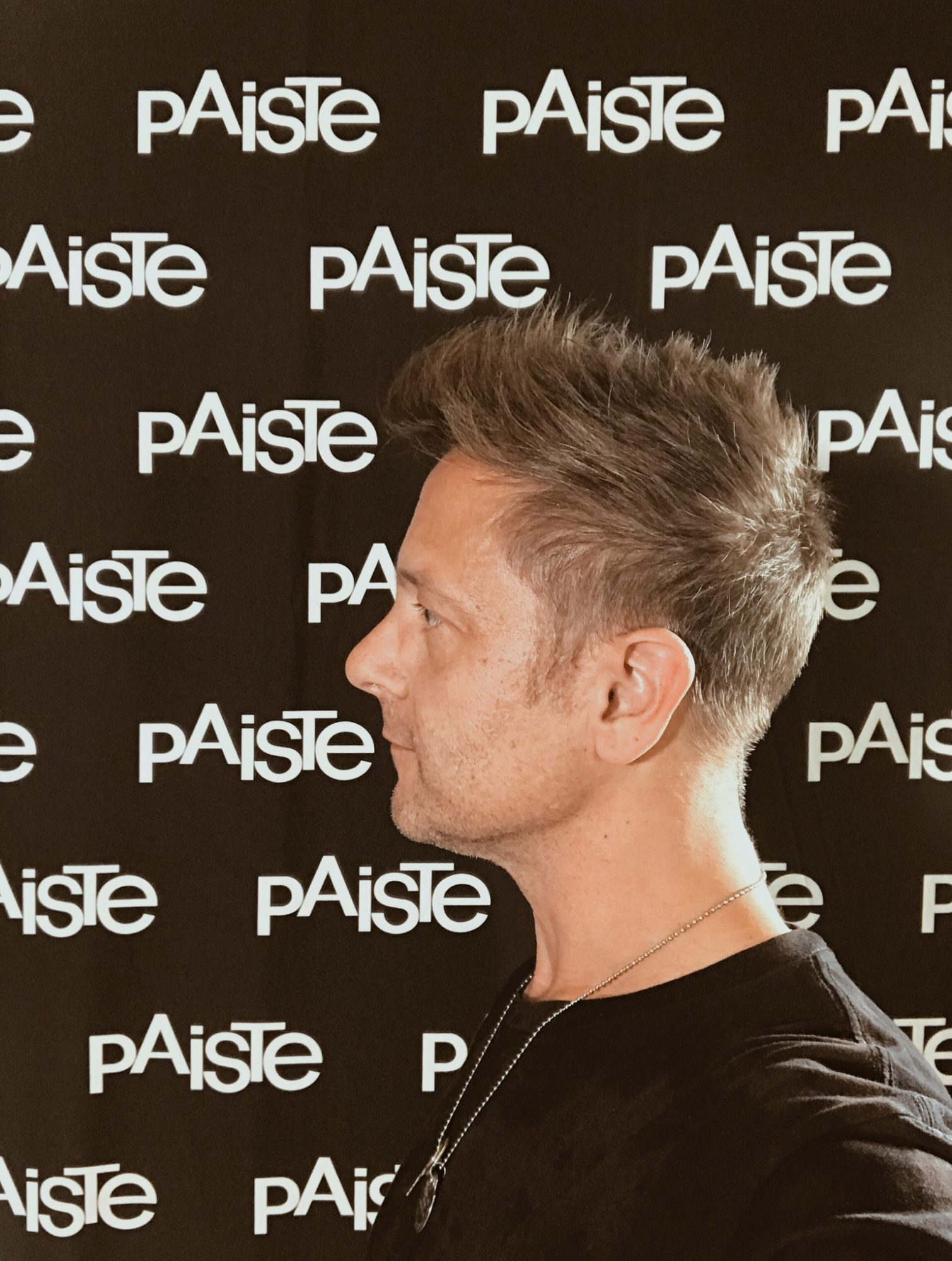 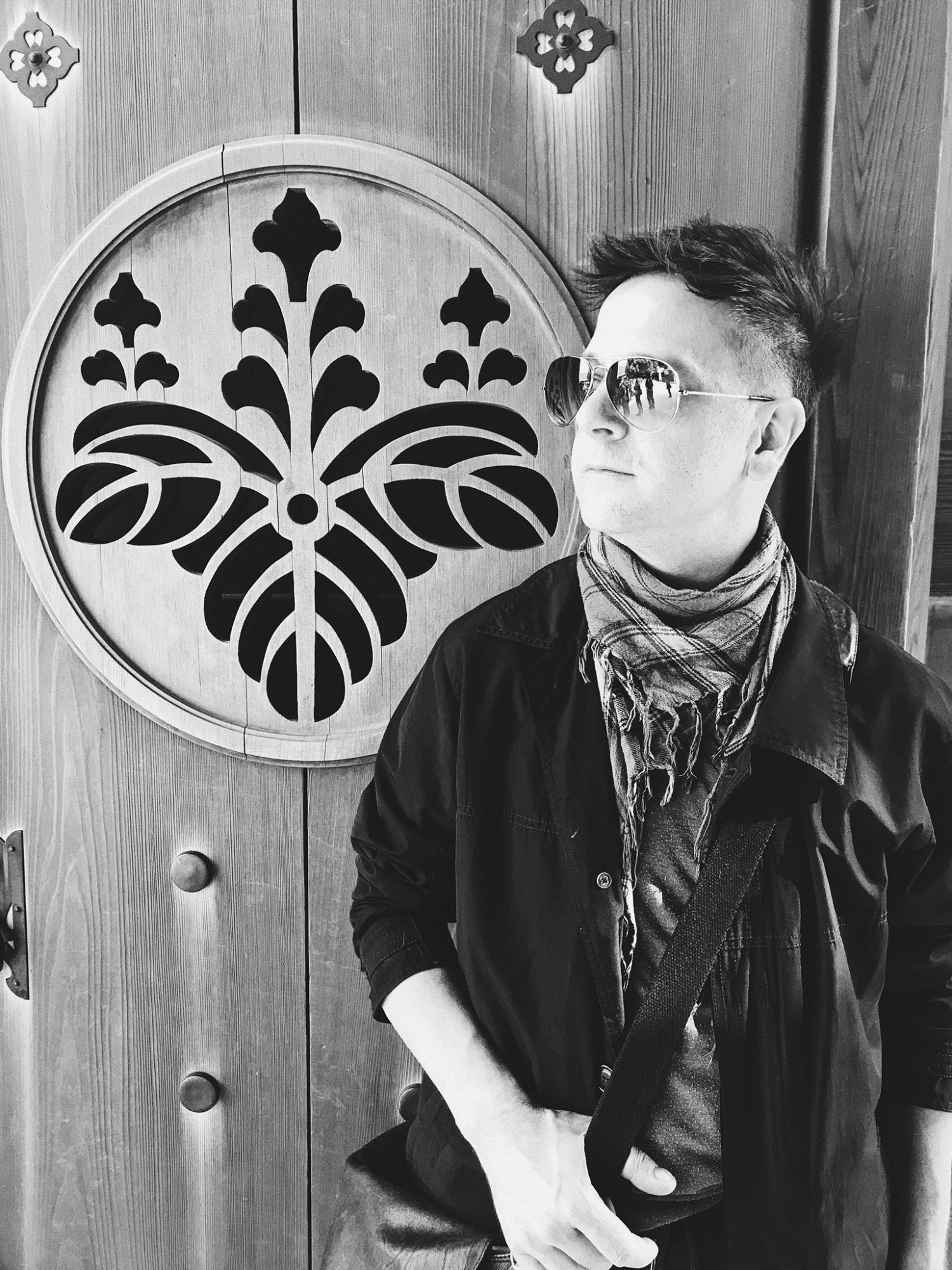 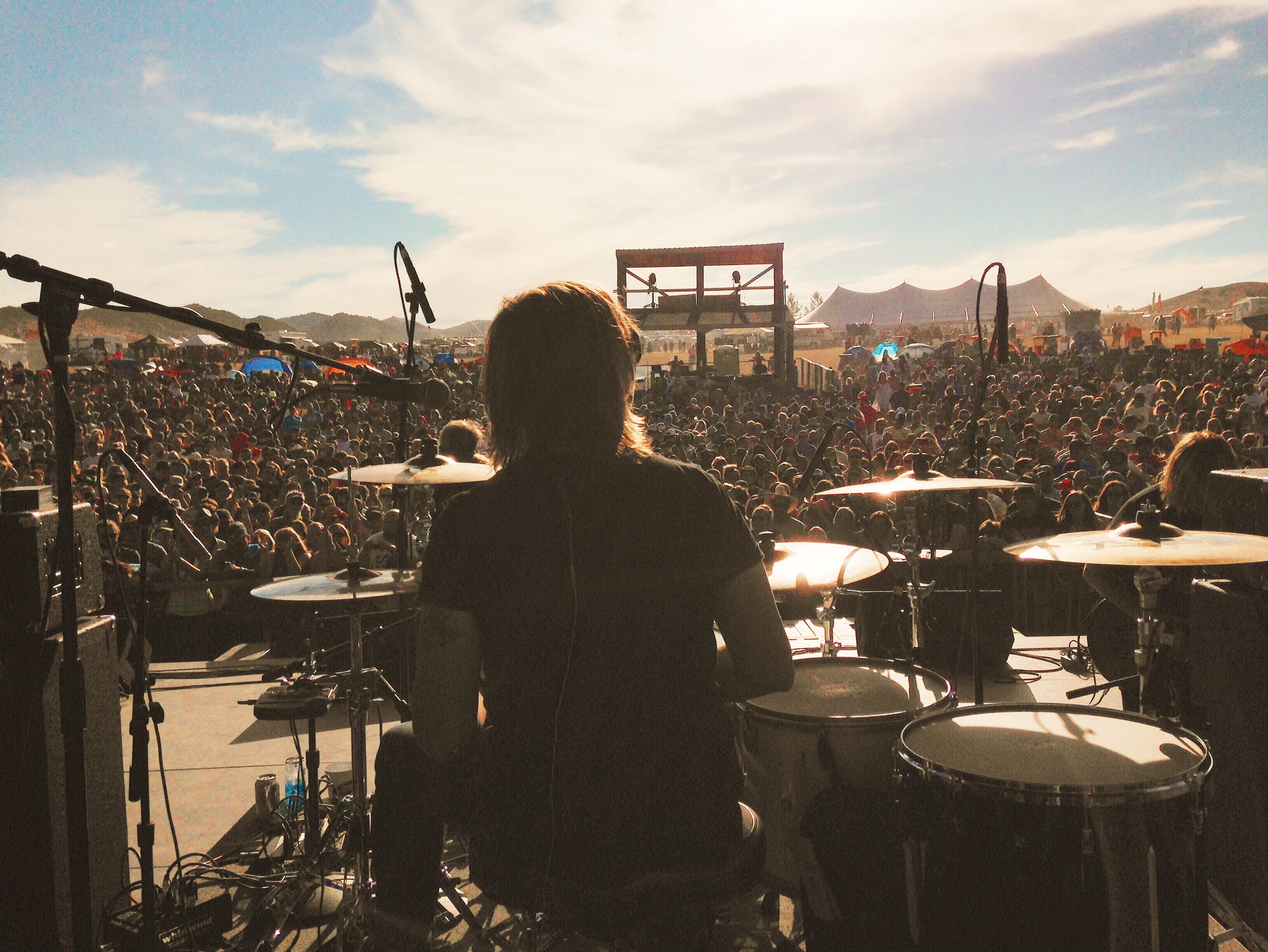 Processed with VSCOcam with kk1 preset 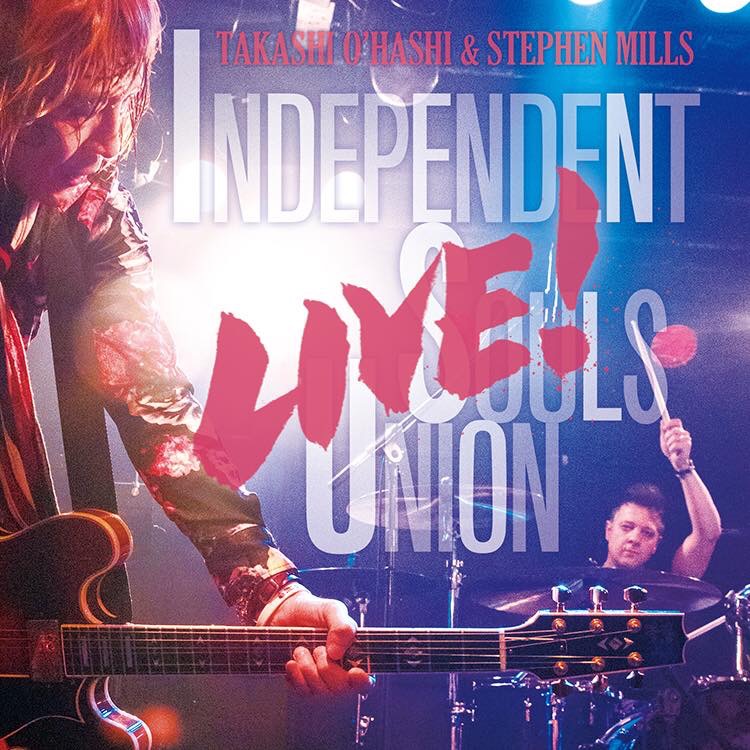