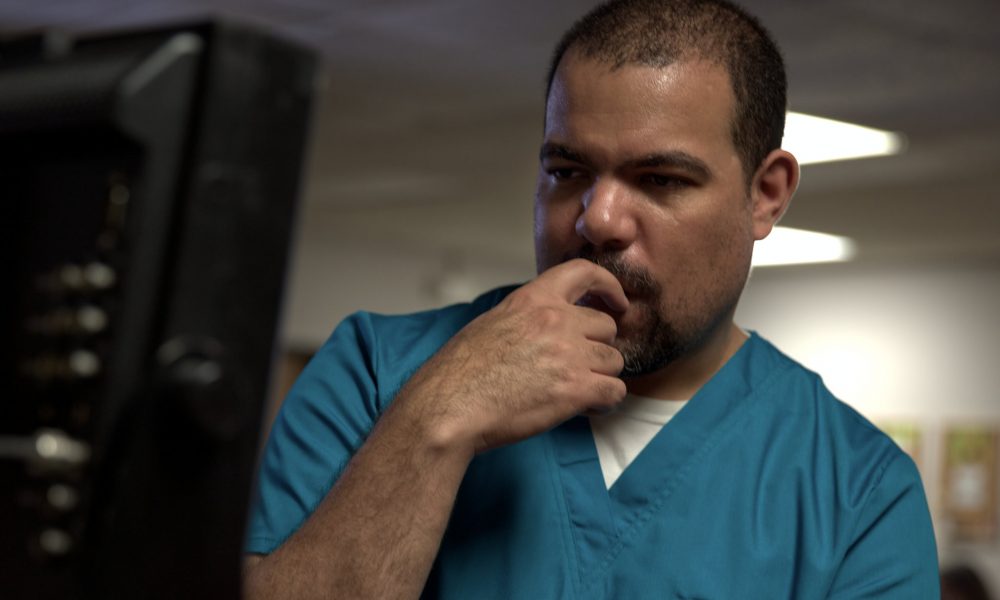 Today we’d like to introduce you to Stephen Inniss.

Stephen, let’s start with your story. We’d love to hear how you got started and how the journey has been so far.
I’ve always been both creative and curious. One of my favorite pastimes as a child was reading random encyclopedias – this was before the internet. I was very into all things science and history. I also constantly worked on original creative endeavors, writing stories, composing music, staging plays, performing magic tricks.

A show on the Discovery Channel called “Movie Magic” gave me my first exposure to filmmaking. It dealt mostly with special and visual effects, but I realized that filmmaking was a discipline that incorporated just about everything I was interested in.

My first entree into learning film came during an independent study class in my senior year of high school. We could study basically anything we wanted, with the end goal being an hour-long public seminar in which we would present what we learned. I was paired up with a mentor from a local university that didn’t have a real film program but did have some video production courses, and over the year I immersed myself into learning everything I could about making films from end-to-end. I wrote, produced, directed, shot, and edited my first short film, which was screened as a part of my seminar.

I went on to study film at the University of Texas at Austin, and while I certainly have had my complaints about the program, I really appreciate how seriously they took filmmaking as a form of visual communication and how they aimed to ground our craft in theory and history. My time at UT, combined with that year of independent study, convinced me that if I wanted to be a cinematic storyteller, it wasn’t enough to just be a director; I had to be a writer and an editor as well.

After college, I began freelancing as a one-man-band, producing mostly corporate/industrial videos, short-form documentaries, and the occasional narrative short. When it became difficult to pay the bills with that, I took on a day job in corporate quality, where I ultimately spent ten years (continuing to make films on the side). On the surface, it has nothing to do with filmmaking, but the personal growth I experienced on that job prepared me to take on bigger film projects and be a better leader on set.

Great, so let’s dig a little deeper into the story – has it been an easy path overall and if not, what were the challenges you’ve had to overcome?
Definitely, it has not been smooth. There have been so many obstacles, big and small, that I get nervous when it looks like things are going too well. Especially when you’re working on low budget projects, as I have most of my life. Actors flake, locations fall through, permits don’t get approved in time, equipment breaks down – I’ve experienced all of these more than once. But the film still has to get made, so you find a way.

Solving problems is one of the primary jobs of a director, and one of the most exciting things about filmmaking. I think about facing all the minor crises that crop up on every project as a learning experience. Necessity often is the mother of invention, and sometimes we come up with the most creative ideas when in crisis mode. I try to internalize that spirit of innovation so I can access it when the pressure is off.

Probably the biggest setback I’ve faced is a one-two punch I took a few years after graduating college when I had been doing some freelance video work but still trying to get a career off the ground. First, I was working on a script with a friend who was convinced he had found an investor who wanted to make the film. That turned out to be a scam (though the full story has never become clear). Not too long after that, I landed a job at a small commercial production company contingent on a 3-day “tryout.” Those three days turned into three weeks, and the owners of the company kept dodging my attempts to get a straight answer as to whether I had the job. I ultimately realized they were trying to take advantage of a young filmmaker eager to break in, and parted ways with them, which in turn led to my 10-year career tangent. It was a tough lesson in standing up for myself and having the guts to walk away from a bad deal even if it seems like it’s the only deal.

We’d love to hear more about your work and what you are currently focused on. What else should we know?
I am a filmmaker, primarily a writer and director, but I also do a lot of editing. My films tend to be character-focused and explore themes of personal existential crisis. I also gravitate towards speculative fiction and my films often take place in worlds that are superficially similar to our own but with aspects of science fiction and magical realism.

I’m always proud when I hear that my work has affected someone in a positive way. My latest film, “Tinhead,” has been prompting that type of response since the earliest drafts of the script, and I recently heard from one of the actors that seeing the final film shook him to tears. Knowing that something I created can touch people so deeply is the greatest reward.

Do you look back particularly fondly on any memories from childhood?
I never like to label anything as my “favorite.” I grew up in the ’80’s and ’90’s, which meant my siblings, friends, and I were allowed to run around outside and go on our own adventures, and I always loved going on road trips. After my family moved to Texas, we made the yearly trek over to New Orleans to visit my grandparents, which was always something I looked forward to. 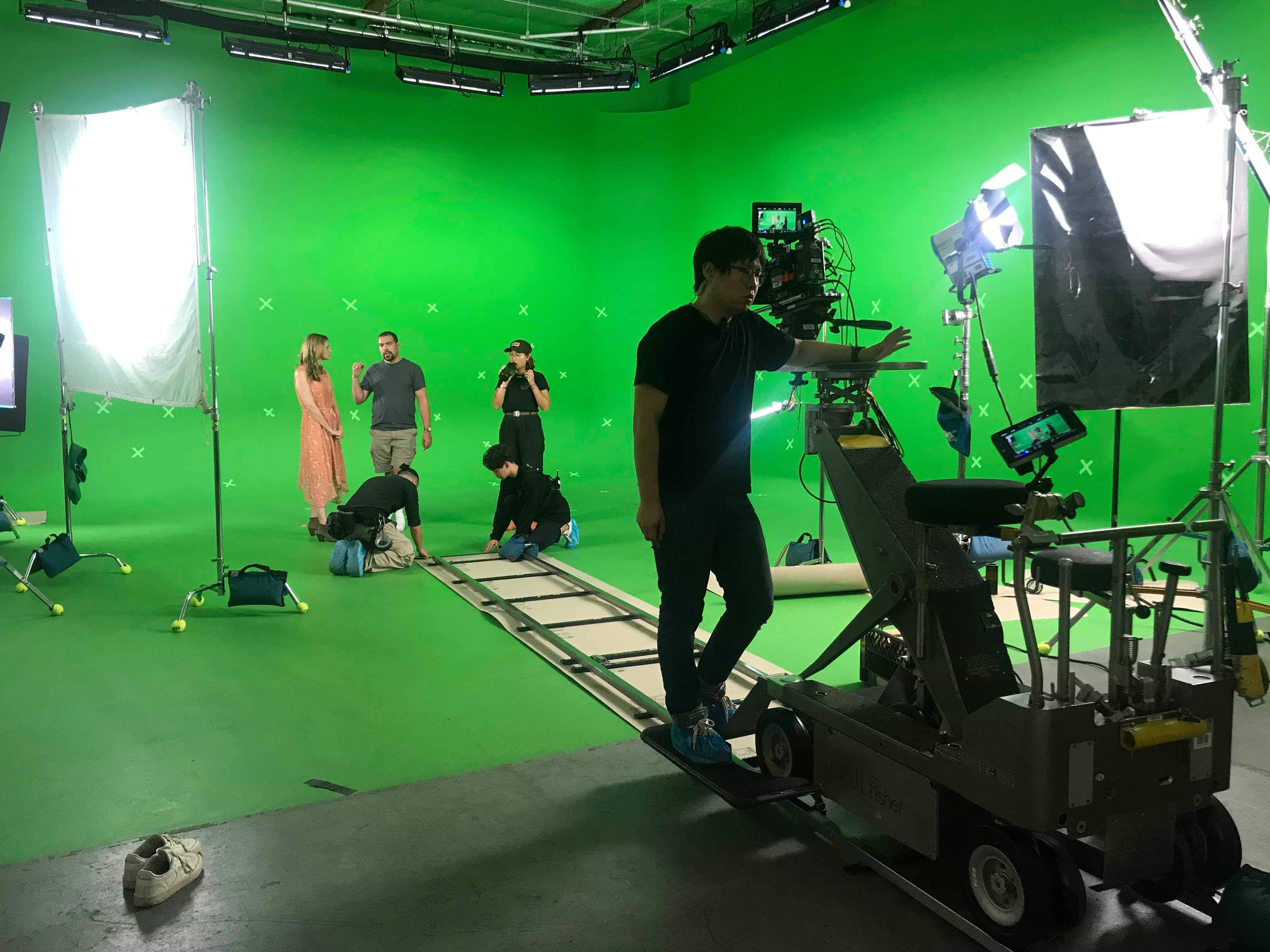 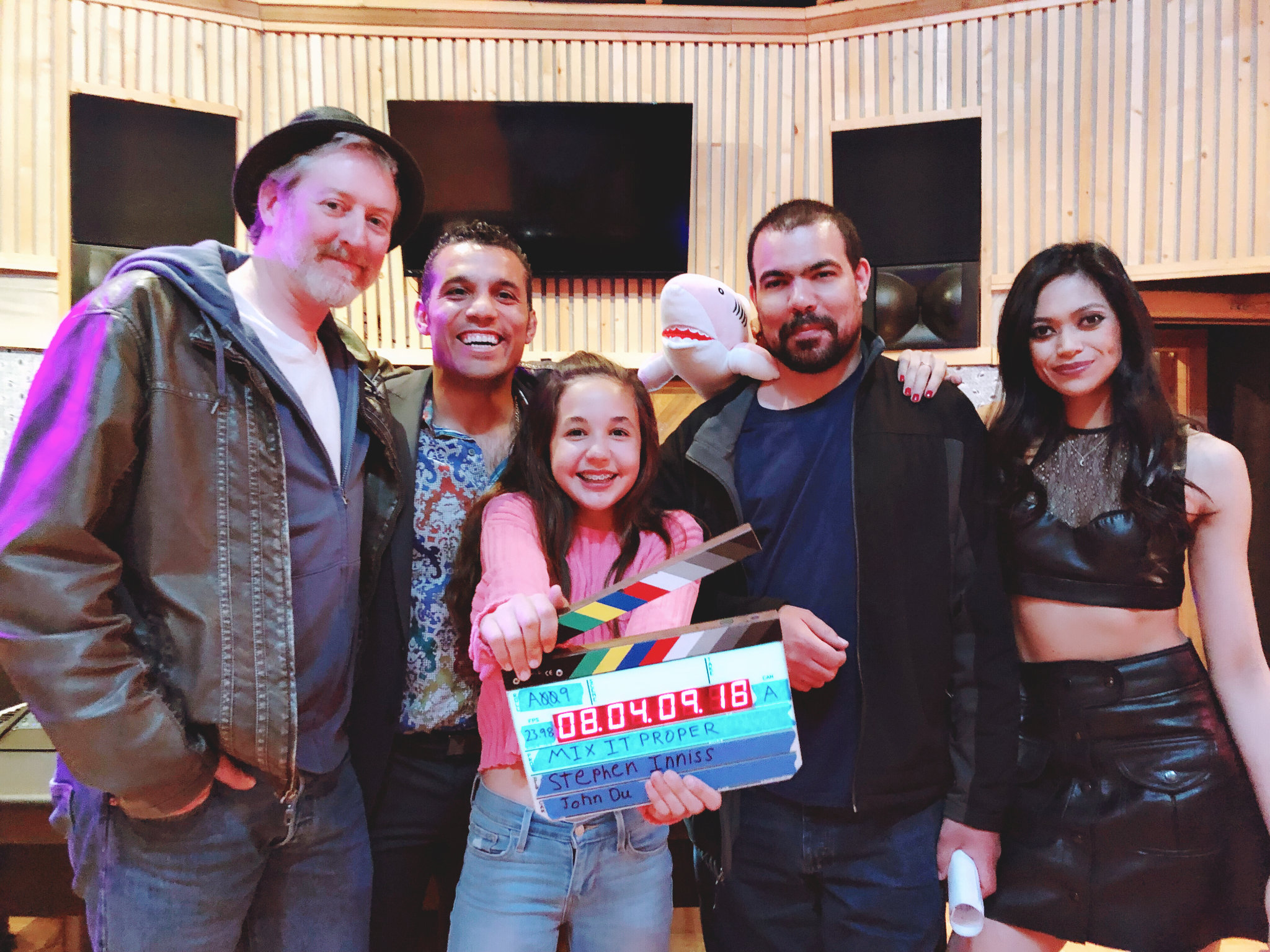 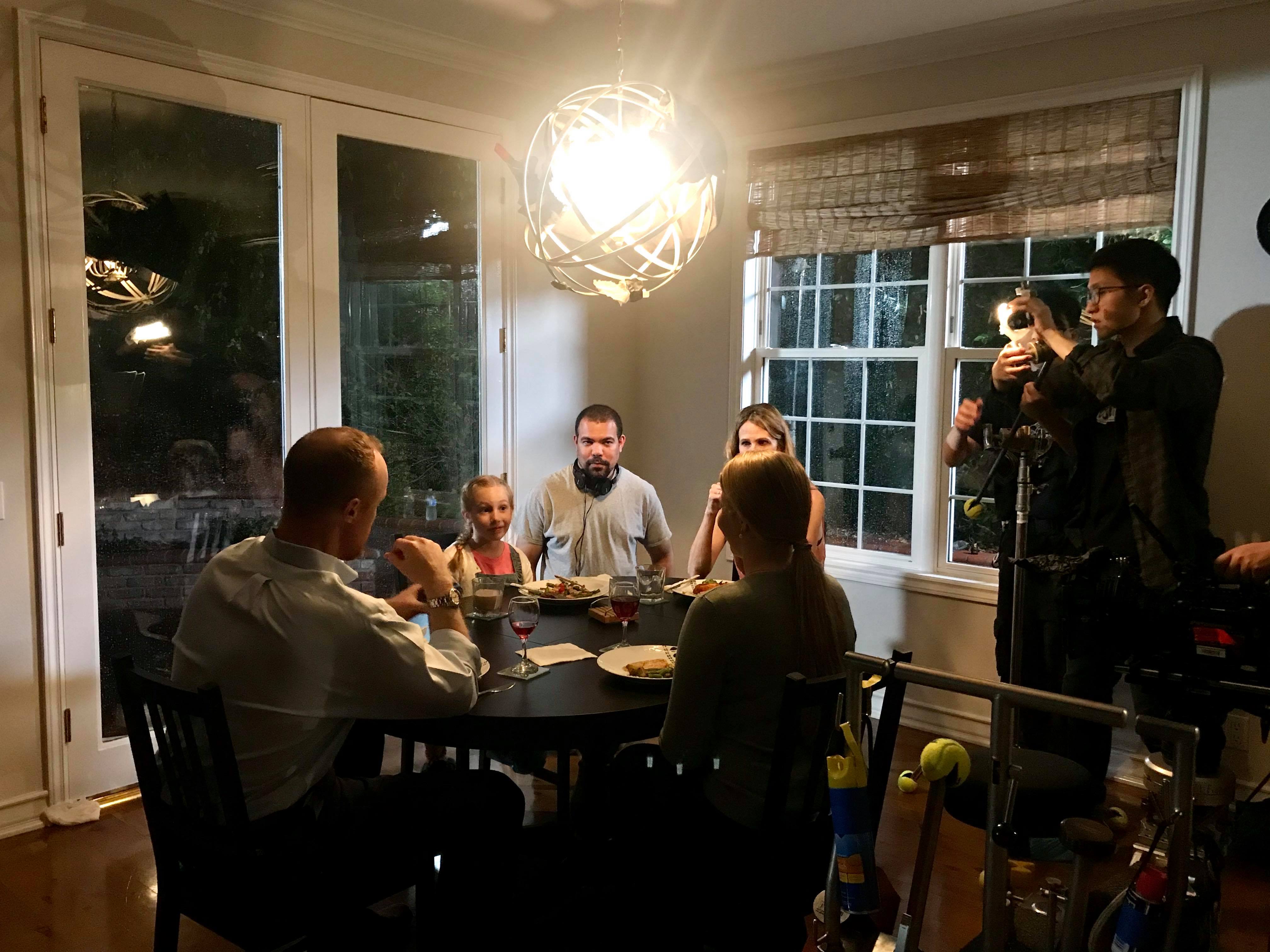 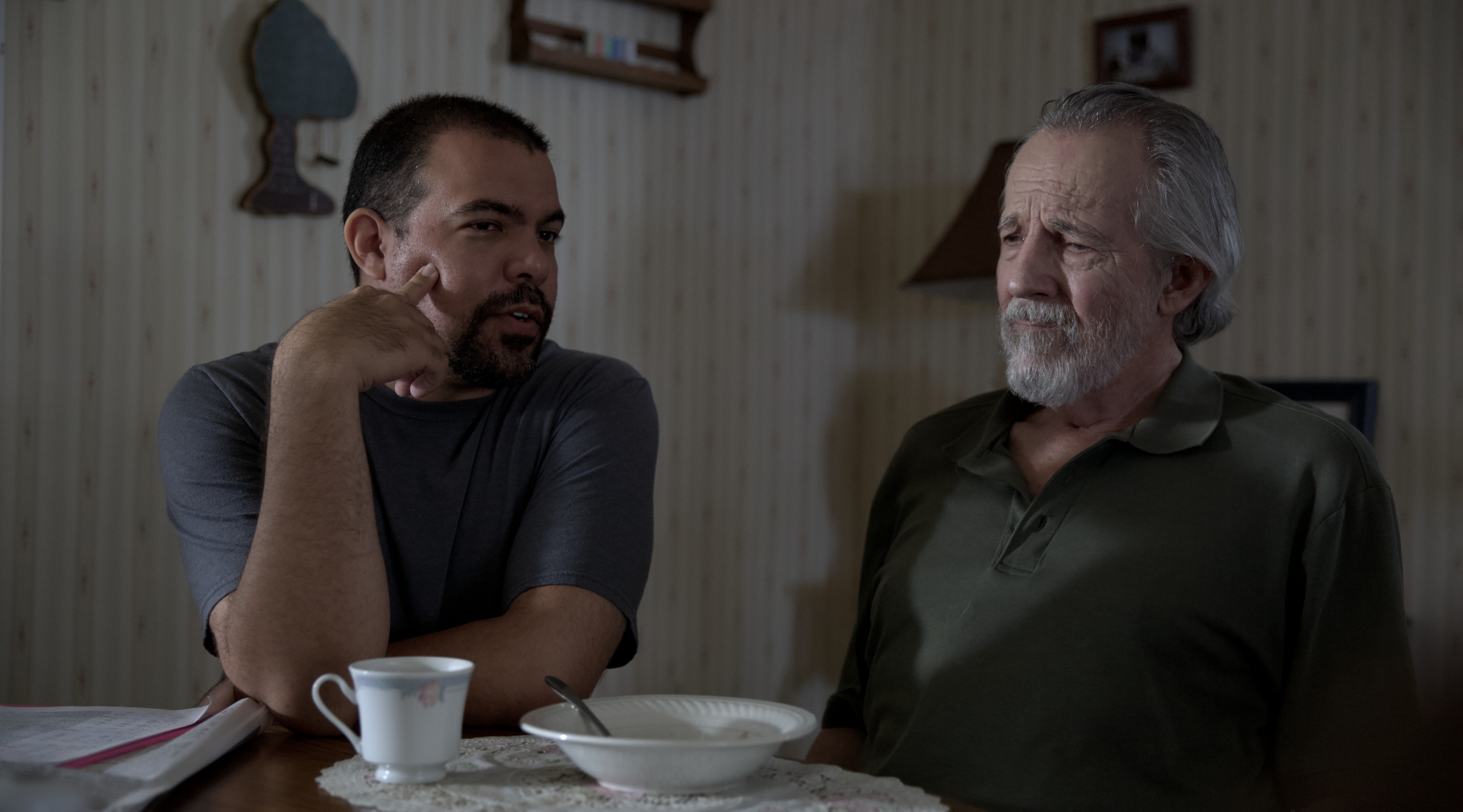 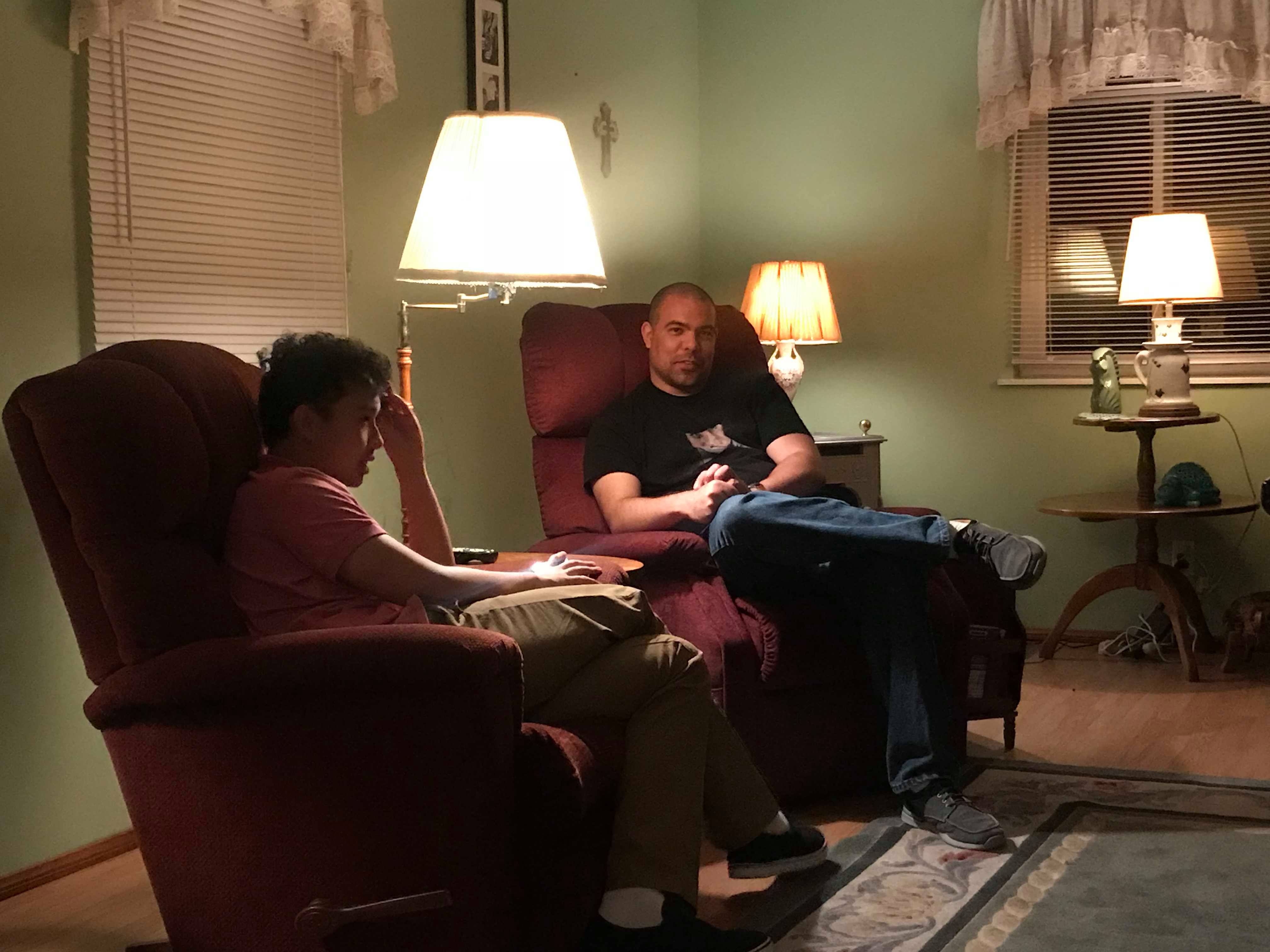