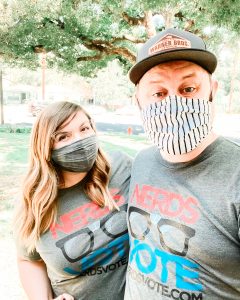 Today we’d like to introduce you to Stephanie and Aaron Southerland.

Stephanie and Aaron, please share your story with us. How did you get to where you are today?
Stephanie: I’ve always loved performing. My mom enrolled me in dance lessons at the ripe old age of two (as soon as I could walk) and I’ve been performing ever since. I danced competitively up through high school when I discovered the magic of theater…specifically musical theater and I WAS HOOKED. I got my BFA in Music Dance Theatre and had every intention of moving to New York City and making it on Broadway.

Eventually, I decided to shift my focus to voice acting and started taking classes and coaching and learning as much as I could. I was lucky enough to land a job at The Voicecaster as a casting assistant and worked my way up to becoming a casting director. After working there several years, I decided it was time to flee the nest and go full time as a voice actor.

Aaron: Like a lot of mixers, I got my start in music. Growing up in Utah, I played in a bunch of bands and recorded albums with them and even started out of college as a tuba performance major! I got a job at the college tv station and discovered I really enjoyed sound for TV and film, so I decided to change my major and pursue audio post-production as a career. After graduation, I worked on several local tv shows but I felt like I wanted to try working on bigger and better things, so Stephanie and I decided to make the move to LA. Since arriving here, I’ve really found my niche in ADR and voice-over recording, and I’ve been able to work on some awesome projects with some amazing people.

Aaron’s brother Nolan who is a film editor had already made the jump to Los Angeles from Utah, so we came out to visit him and his family a lot and decided we loved it and wanted to make our careers here too. We’re super glad we did! LA is home.

Overall, has it been relatively smooth? If not, what were some of the struggles along the way?
Stephanie: As with most actors, I face moments of self-doubt and imposter syndrome. Voiceover is extremely competitive and I’ve had to work to develop that strong sense of self so I don’t get in my head with all the rejection. They say you book one out of every hundred auditions so you have to be used to hearing “no”. As mentor always says, “this career is a marathon, not a sprint”. Life has been full of challenges but when I look back at the difficult times, I feel grateful to have had experiences that shaped me as a person which has made me a better actor.

Aaron: It took a long time to find my first regular gig after we moved to LA. Even with a lengthy resume and a regional Emmy, it felt like starting over when we got to town since all my experience was in a different state on shows very few people in the industry here had heard of. I was sending resumes everywhere and taking people to lunch and trying to network for a long time before I finally started to get any work. I would literally drive around Burbank and look for studios, and when I found one I’d go in and hand them a resume! That was super stressful and discouraging, especially when I didn’t hear back from so many places. Luckily I finally started to find work and gradually that developed into regular work and staff mixer positions with some amazing studios.

We also foster kittens through the Volunteers of the Burbank Animal Shelter and having a place full of snuggly little kittens has certainly helped with the struggles along the way!

We’d love to hear more about your work and what you are currently focused on. What else should we know?
Stephanie: I’m a full-time voice actor, working in animation, video games, and commercials. I’m known for my work as Madame Blueberry and Callie Flower in the delightful new VeggieTales reboot, “The VeggieTales Show”, as well as Polly Pocket in the YouTube series “Tiny Fun in the Sun” and “3D Passport Adventures”. You can also hear me in numerous video games like Maneater, Elder Scrolls Online, Smite, Fire Emblem Heroes, and some that I wish I could say…but NDA! Some of my commercial vo work has been with wonderful companies like Starbucks, Toyota, Fisher Price, Macy’s, and Keurig just to name a few.

Aaron: I’m an ADR mixer at Warner Bros. When there are problems with the audio recorded on set, actors come to my studio to re-record their lines. I also work with voice actors recording original dialog for animation and video games, including tv and feature animation projects. Some of my favorite projects I’ve worked on include The Flash, Star Wars Jedi: Fallen Order, Scoob!, Lucifer, Teen Titans Go!, Star Trek: Discovery, Young Sheldon, and The Walking Dead.

We’re pretty unique being a couple working in the same area of the entertainment industry. It’s always fun when I (Stephanie) book a session and get to go record at the studio with Aaron as my engineer!

Any shoutouts? Who else deserves credit in this story – who has played a meaningful role?
Stephanie: BIG shoutout to my incredible agents Micaela Hicks and Tom Lawless at Vox. I feel grateful each and every day for all they do! I owe a lot to Kelly and Kathryn at The Voicecaster for taking me in and really helping me develop a foundation in the VO industry. After I went full time as a voice actor, Ben Pronsky, an incredible actor himself and owner of Voice Actors Network brought me on as his assistant and I have learned so much from him as well as my peers in the VO community. I love that the LA VO community is so tight-knit and so supportive of one another and I feel incredibly fortunate to be a part of it.

Aaron: I have to give a shout out to Scott Sandstrom and Don Rigby for being the ones who got me into all this in the first place! They were my supervisors and mentors when I first started learning about sound for tv and film when I was in college, and they taught me so much. I also owe a lot to Andy Welker at Marc Graue Studios, he gave me the opportunity to work on things I’d never had the chance to before, and I learned a lot of techniques I use every day.

Our families have been a huge support to us as we moved hundreds of miles away from them to pursue careers that don’t exactly have the stability of a full time 9-5 “normal” job. They saw that we had our sights set on these careers and said “alright, we’ll support you!”. 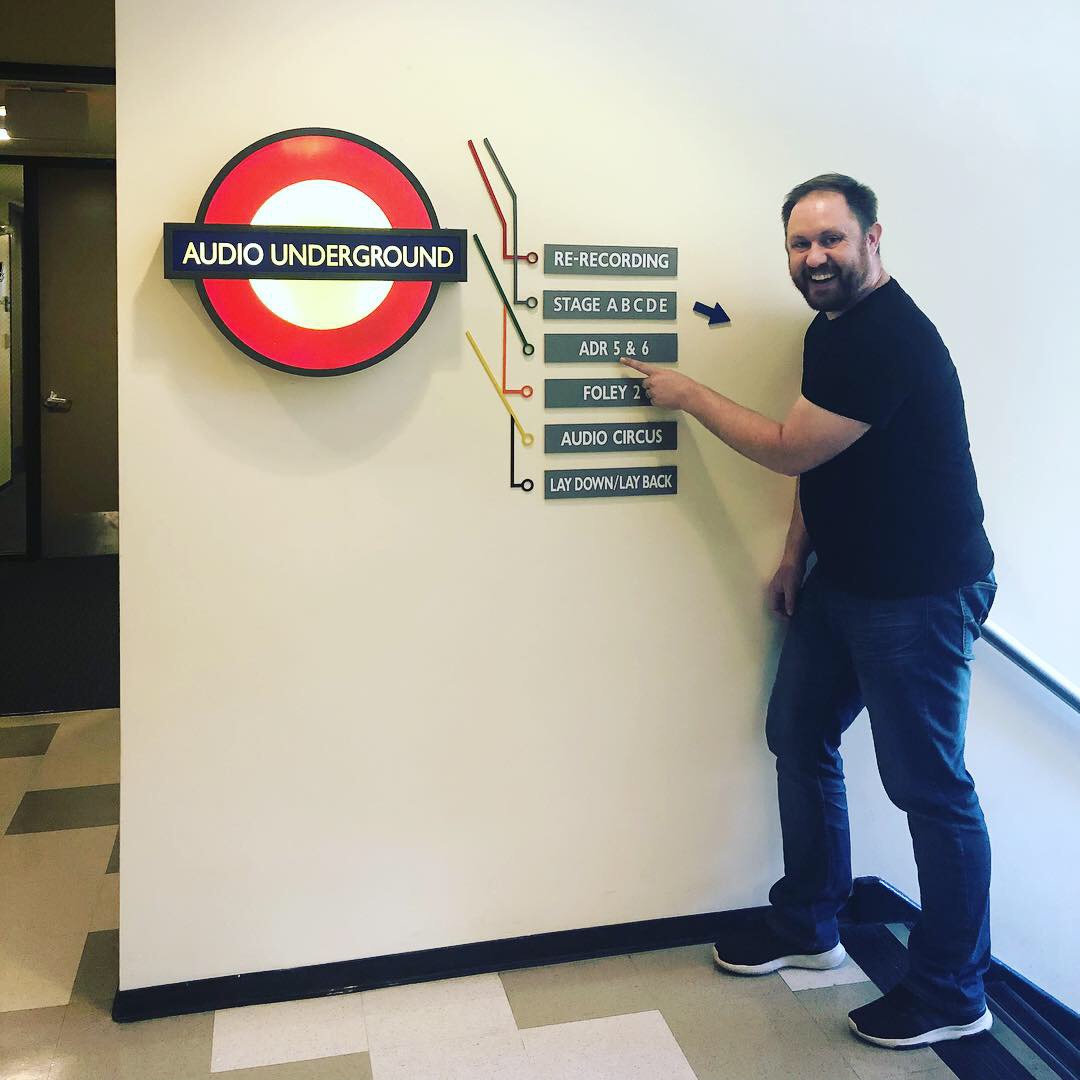 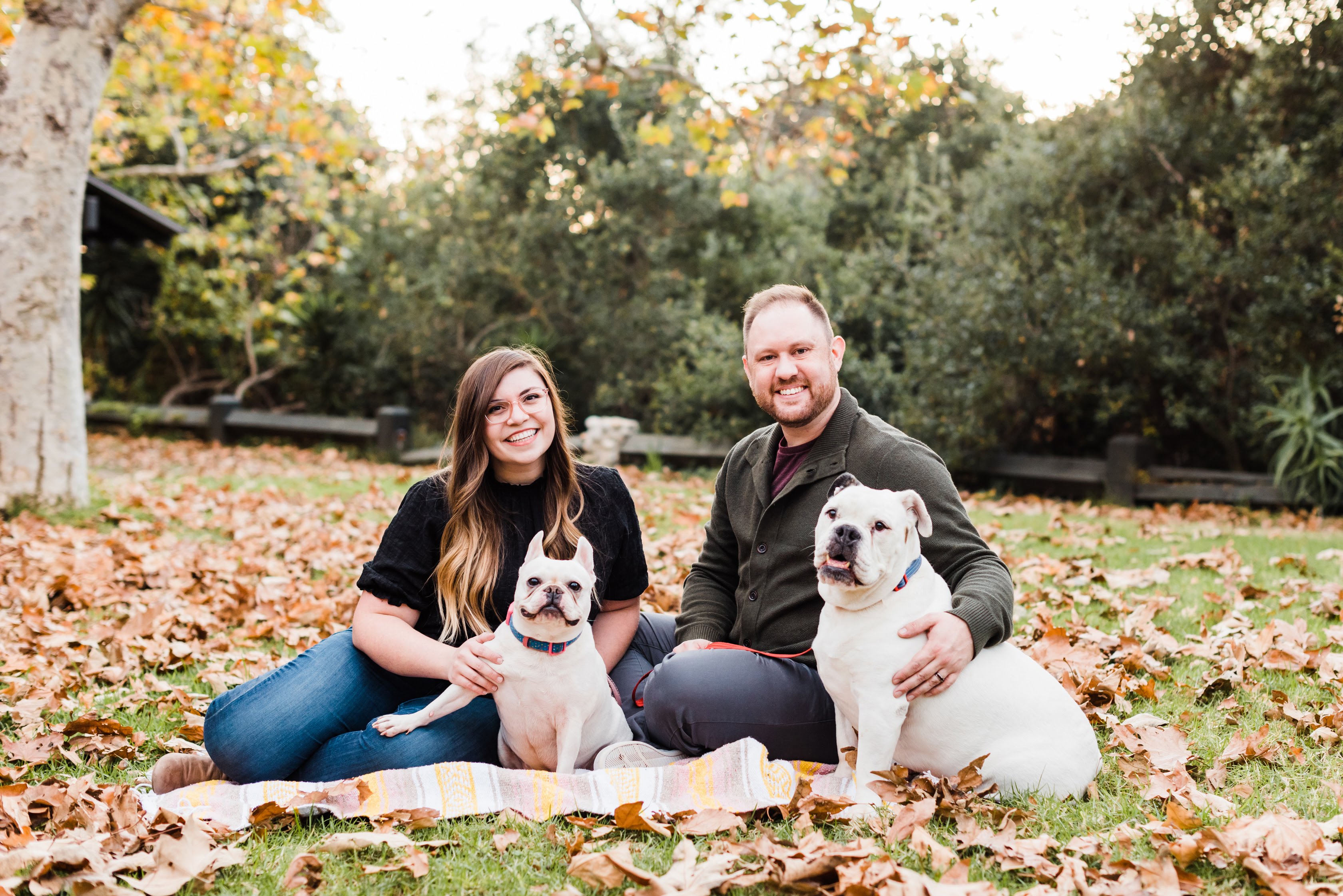 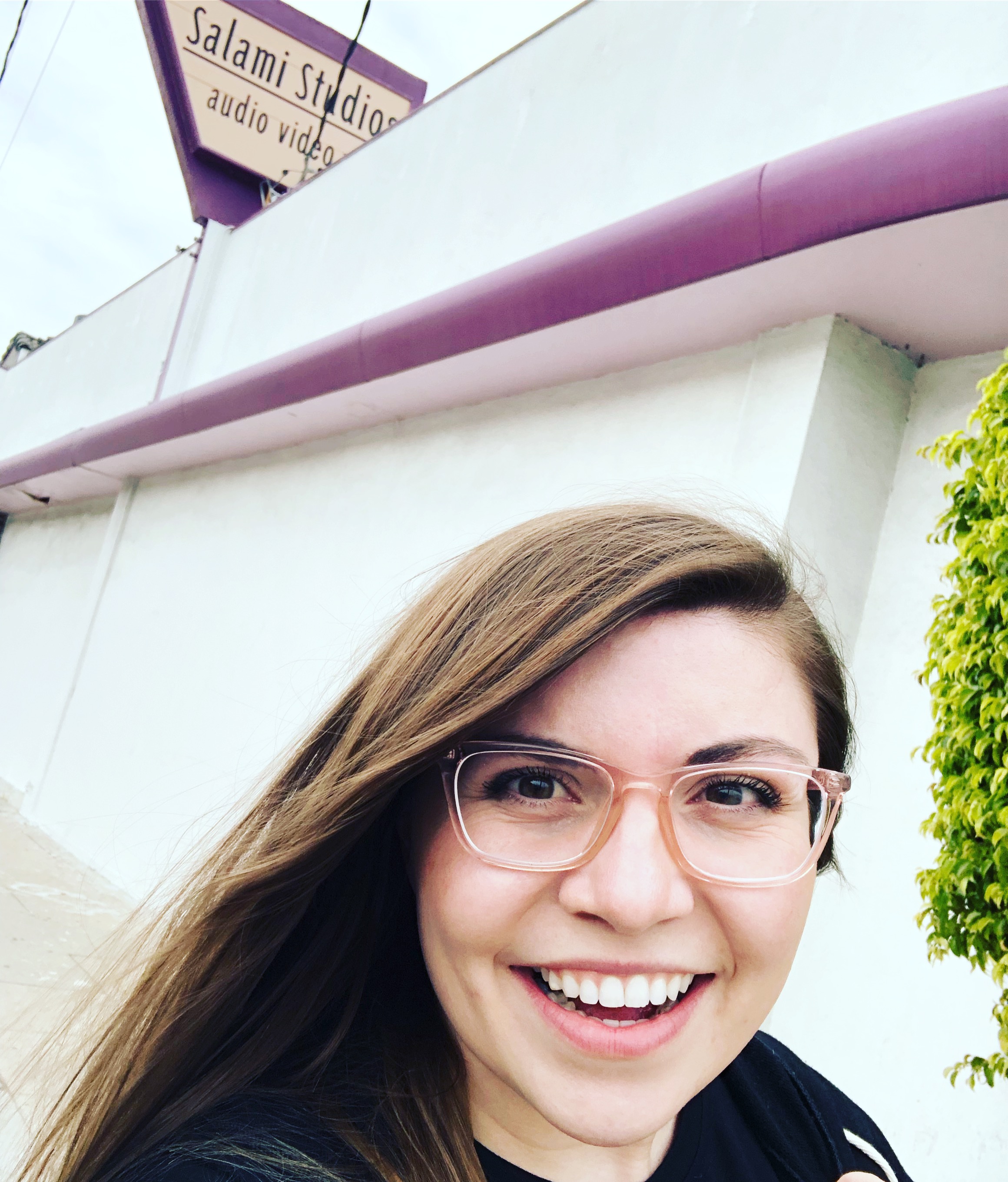 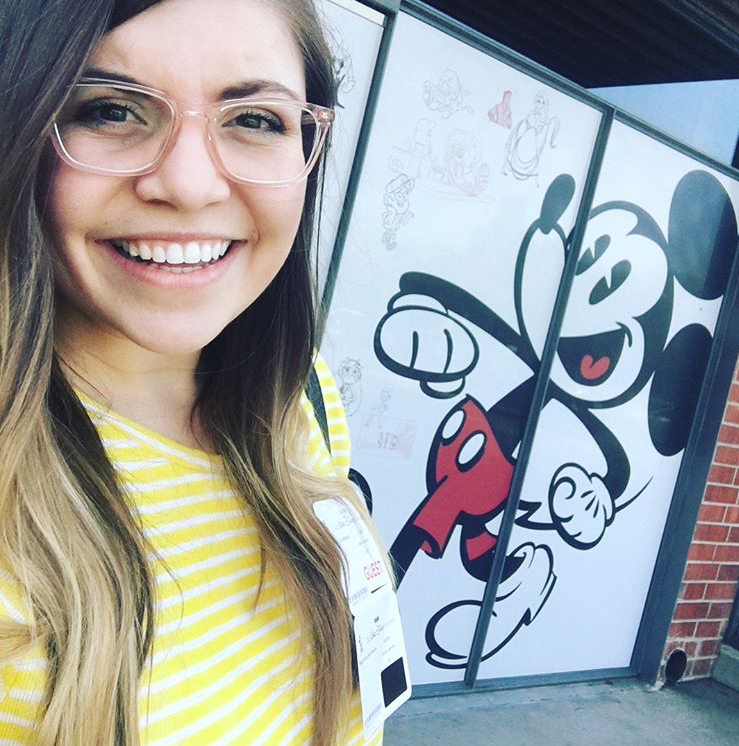 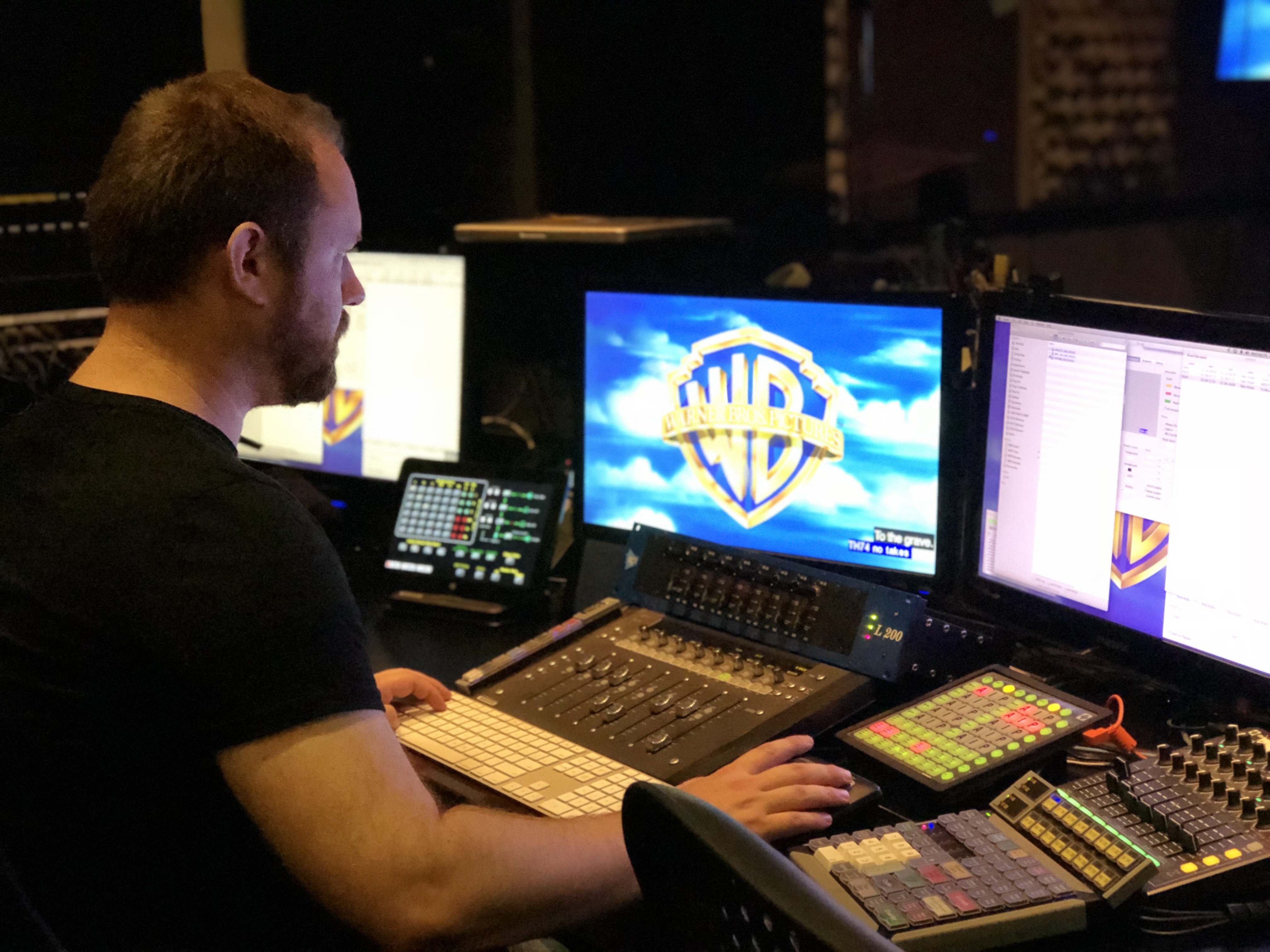 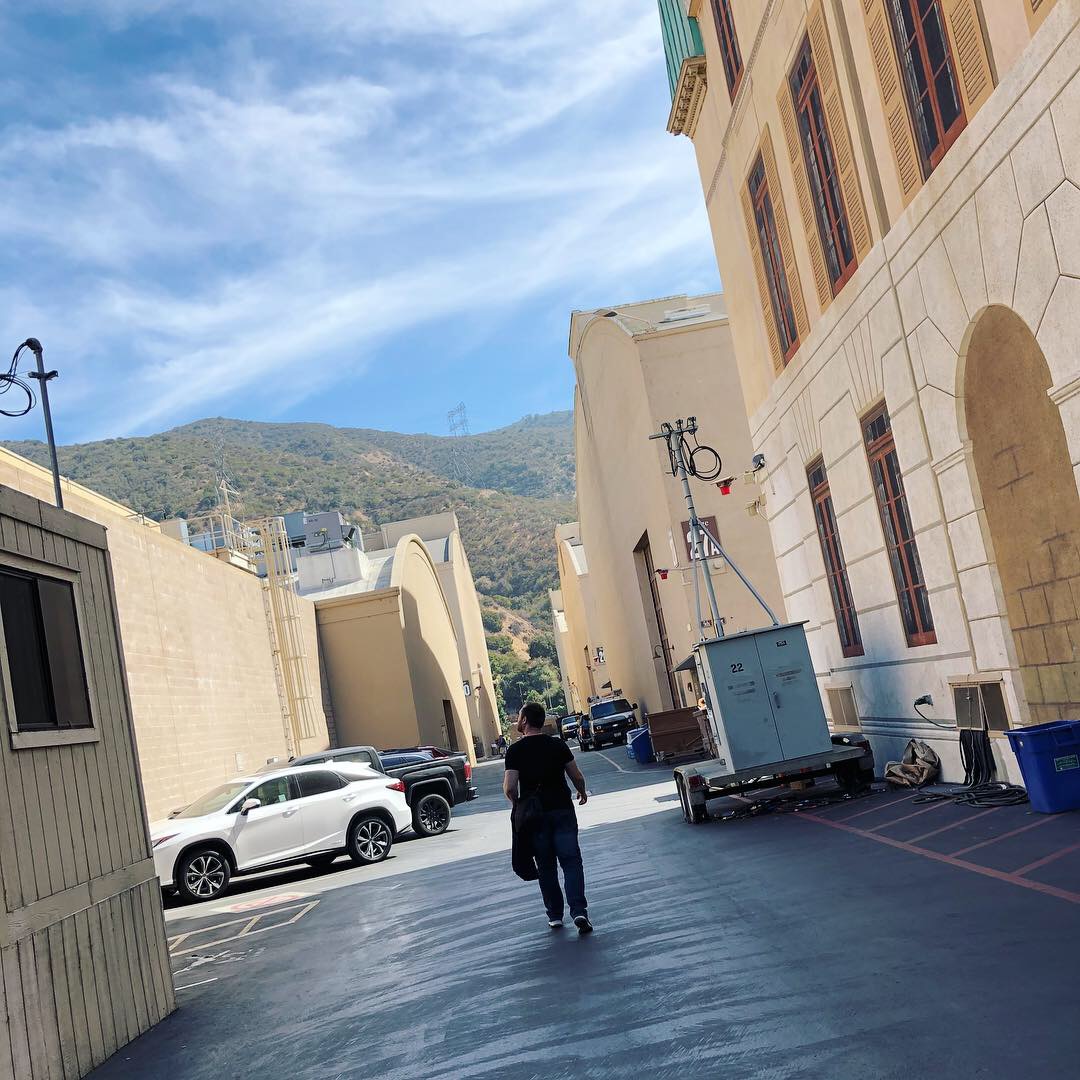