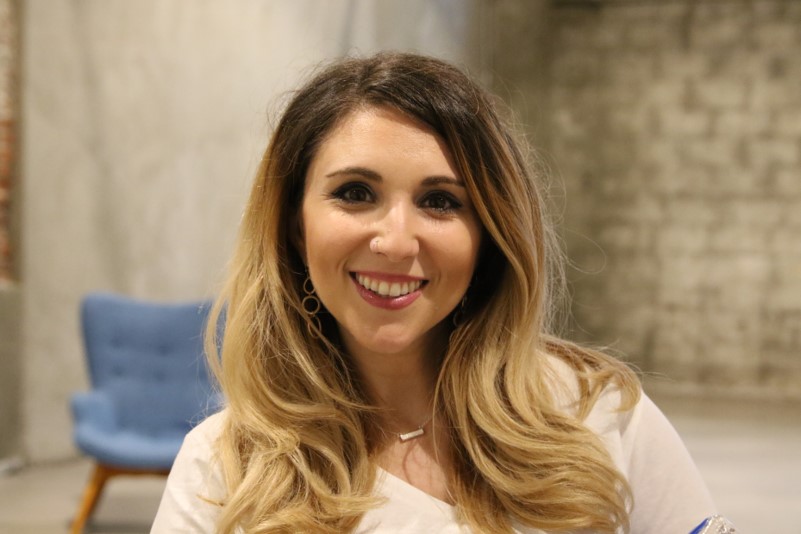 Today we’d like to introduce you to Stephanie Dimont.

Thanks for sharing your story with us Stephanie. So, let’s start at the beginning and we can move on from there.
I tell people I’m ‘first generation Facebook’ because my freshman year of college was when Facebook had just opened up to a few other colleges, and NYU was one of them. We were all on it, even before we arrived in New York. It’s how we met other students who lived in our dorms, vetted out our soon to be roommates, and began friendships. I would meet people on campus, whom I’d never met, but we’d go up to each other and say ‘Oh, we’re friends on Facebook, I feel like I know you!” Any event we had, school related or otherwise, had to be up on Facebook. If it wasn’t a Facebook event, it wasn’t important. Facebook was our way of connecting in a large college with no campus. It gave us a sense of unity. I’ve seen it evolve: when it was opened up to high school students, when the News Feed became active – which we all hated at the time, we called it ‘Stalker Feed.’ I feel like I’ve been with Facebook long enough to have seen it evolve and change, and that’s a strength when it comes to marketing.

Sometimes I feel like I’ve lived a dozen lives to get to where I am now. I like to say it started when I moved to LA, almost ten years ago. I was pursuing my acting dream, after graduating from New York University and spending time “being an actor” in New York, I decided to move to LA to pursue those dreams.

It was around that time that social media was really starting to blow up. Instagram began in 2010 when I moved to LA and I remember feeling left out because I couldn’t get the app on my then Blackberry phone. The day I upgraded to an iPhone, Instagram was the first app I downloaded. I wanted to be in the know and see everything. FOMO is real. At the same time, this was happening, I was working in a real estate office and teaching classes to the older generation of how to use Facebook for their listings. This was a large real estate office and one of the top agents was a young guy who was using Facebook to market homes and was selling faster than most agents, so the older agents, who did not know how to use or utilize Facebook, felt left behind. I was enlisted (as a millennial in the office) to teach them how to Facebook (and Twitter) to their advantage. It was the first time I really saw the power in educating others on the importance of social media.

From there I had other jobs that involved social media, but it wasn’t my main focus. I maintained my personal social media, building a following and seeing how your profile can grow, and the advantages (and perks!) of it. At this point on my life, I was working out a lot and was focusing on merging my acting career with modeling and was trying to become a fitness model. I had a trainer I worked with four days a week and she was a former competitive bodybuilder. She, along with my then boyfriend – now fiance- encouraged me to enter a bodybuilding competition. I hadn’t been sharing my workout life that much on social media, so I decided to create a separate Instagram profile for my workouts and road to competition. I had no idea how influential the fitness industry is on social media, but boy did I learn! You don’t earn a lot of money competing, unless you make it very, VERY, far, so fitness models/amateur competitors make money through influence, i.e. becoming social media influencers. From this, I saw the power of Instagram and how to use it as a tool. I fell in love with that adrenaline, that rush of posting and seeing likes, shares, comments.

Later I ended up taking a job as the head of marketing for a manufacturing company. I handled everything from website design and packaging to creating and posting all their social media, for all of their products. As much as I enjoyed the job, my excitement came from the social media aspect. Running ads and seeing the ROI, interacting with so many people across all platforms, creating engaging content that people wanted to see. I loved it all. I threw myself into it, reading everything I could get my hands on to expand my knowledge and be the best at social media. I subscribe to newsletters that deliver daily updates across social media of ‘which company ran a great ad on SnapChat last week,” or “what changed in Instagram’s algorithm this week.” I’m such a nerd about it, but I love that stuff. That’s what keeps me going.

I ended up leaving the manufacturing company because I wanted to focus solely on social media. I started my own company: Dimont Media. I didn’t want to be locked into one product and one message. Being able to take on multiple clients who range from direct to consumer products, to services, and even social media influencers is the most exciting aspect, to me.

We’re always bombarded by how great it is to pursue your passion, etc – but we’ve spoken with enough people to know that it’s not always easy. Overall, would you say things have been easy for you?
It took me a long time to figure out ‘what I want to be when I grow up.’ There were many veering roads, but I can’t imagine it any differently. I appreciate where I’m at because I had to work to get here. I had to earn it. Starting your own company is not an easy task. It’s scary, it’s lonely, it’s overwhelming (and it’s costly!) Especially working in an industry that some people don’t take seriously. Ten years ago, running a social media company was not a thing. Who knows where it will be in 10 years. There’s not a lot of stability.

We’d love to hear more about your business.
I run Dimont Media, Inc. A full-service social media marketing company. Whether you need consulting on how to manage your own social media, or you need someone to come in, create content, post it, interact with your clients/customers/followers, we can do it.

I am incredibly passionate about each one of my clients and I want to see them succeed. I tell all my clients: my focus is on quality. Anyone can come along and post for you. Anyone can get 1 million followers tomorrow. But if they aren’t real, quality followers and you aren’t putting out good, quality content, then what’s the point? If it doesn’t all lead somewhere, or it doesn’t keep your followers coming back for more, then it isn’t working and you shouldn’t spend time on it.

There’s so much backlash with social media, and how people only show ‘their best selves.’ It creates a lot of depression, anxiety and FOMO. But my goal is to change that. I want to use social media as a tool to empower people, make them feel good, and leave them coming back for more feel-good content. That’s my goal.

One of the things we are most proud of is that recently we participated in the Easterseals Disability Film Challenge. I was brought in by two of my friends, Perry Poussard, Jr., and Henry Farnam – the producer and writer/director respectively- as one of the areas you can win an award for the film is for ‘Best Social Awareness Campaign,’ meaning that the film that receives the most likes, shares, views and comments wins an award. I was honored they brought me in to help share their incredibly beautiful film. Out of 71 submissions, four were nominated for best campaign, and we were one of those nominees. We launched an incredible campaign. And in 10 days we received over 30,000 engagements on our film. Not only was is great to work with friends and being able to share their work, it was incredibly rewarding because we were doing it for such an amazing cause: Easterseals. Being able to give back to such a supportive community that does incredible work for those with disabilities was really a highlight of my career so far.

What were you like growing up?
I was a ham growing up. I don’t think it surprised anyone that I went to acting school. I was always putting on plays and performances at home and loved the spotlight. And I was always crafty. I took painting classes with my mom and sewed my own comforter and pillows with my aunt. I liked working with my hands. 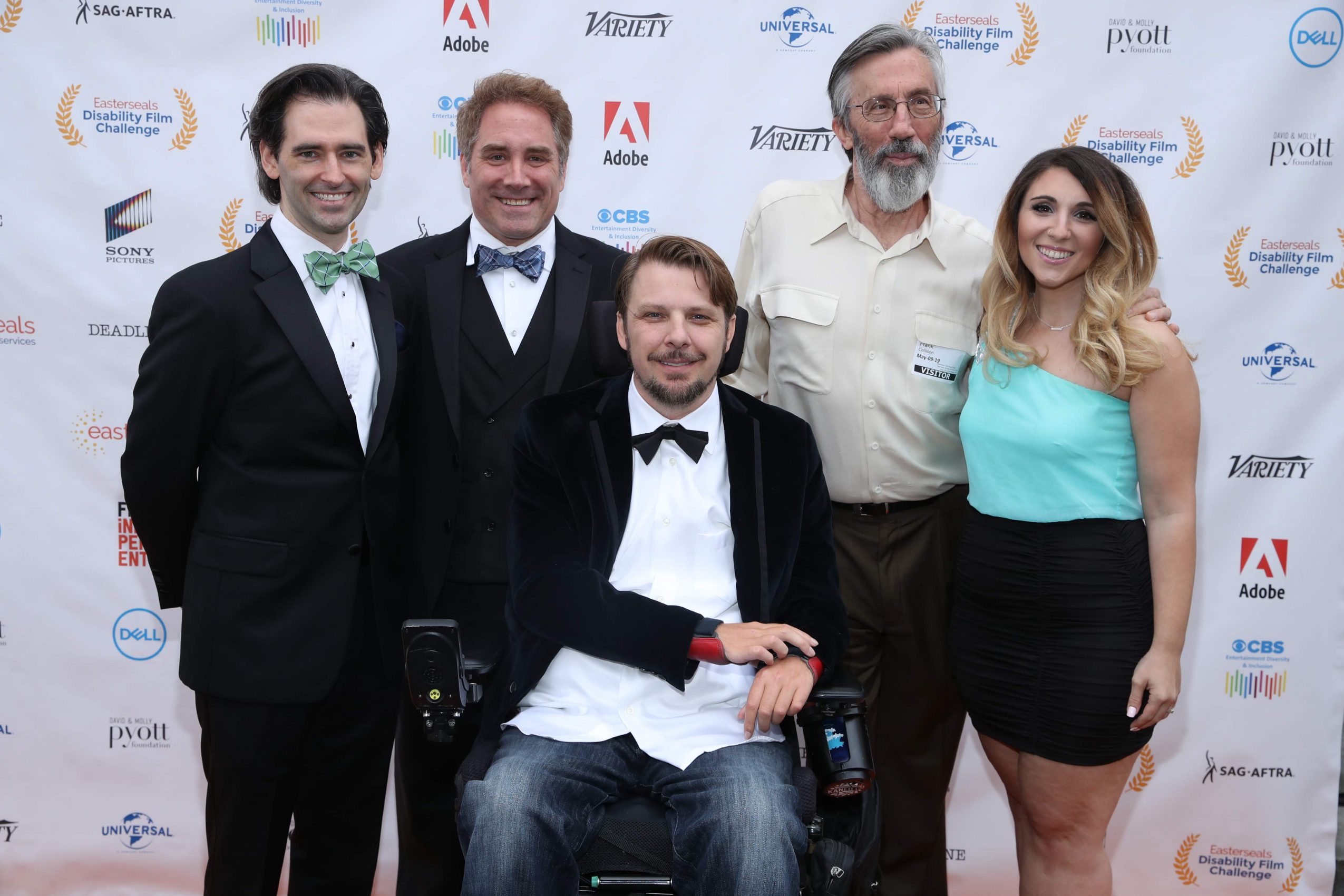 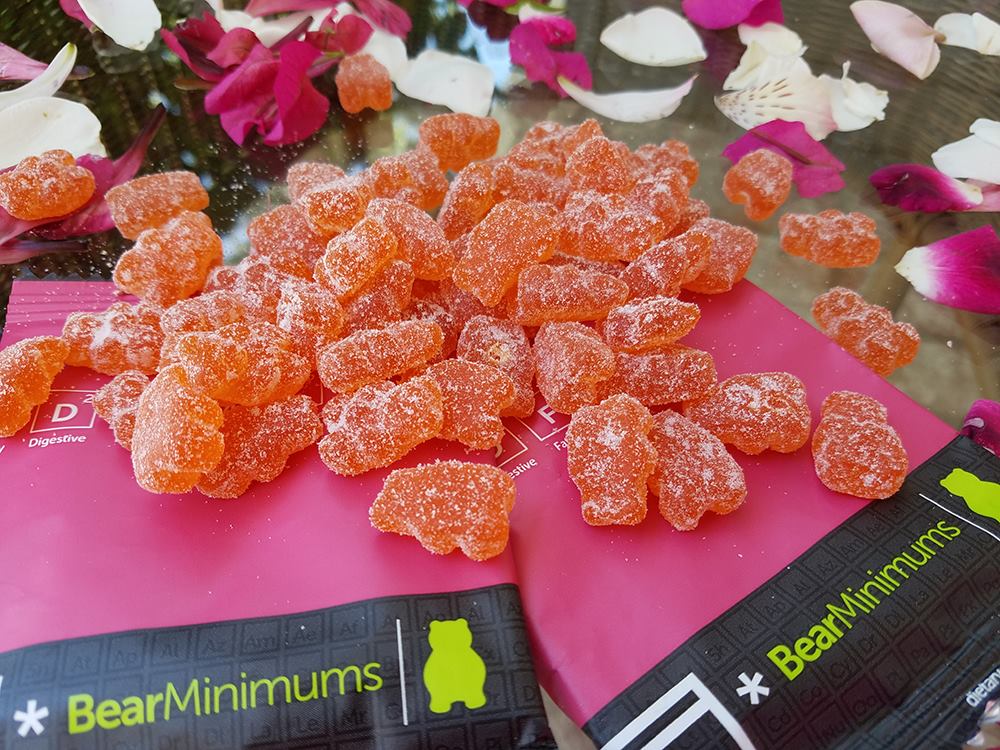 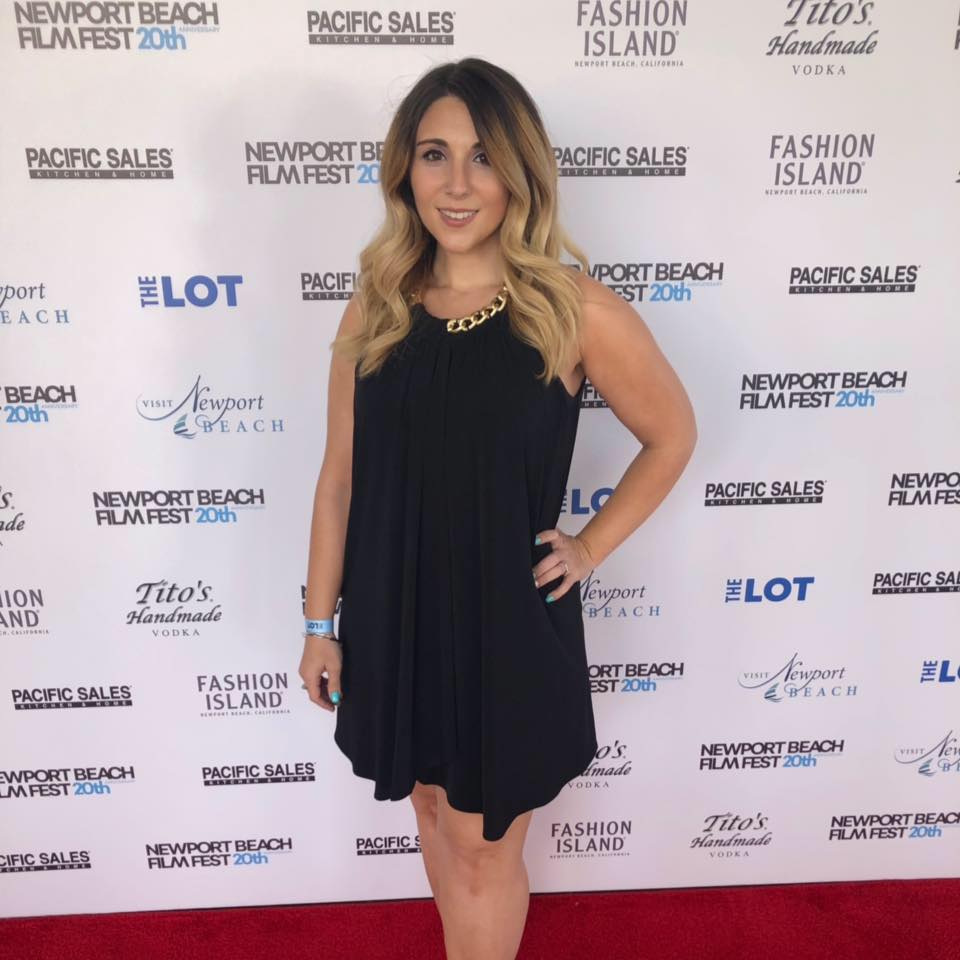 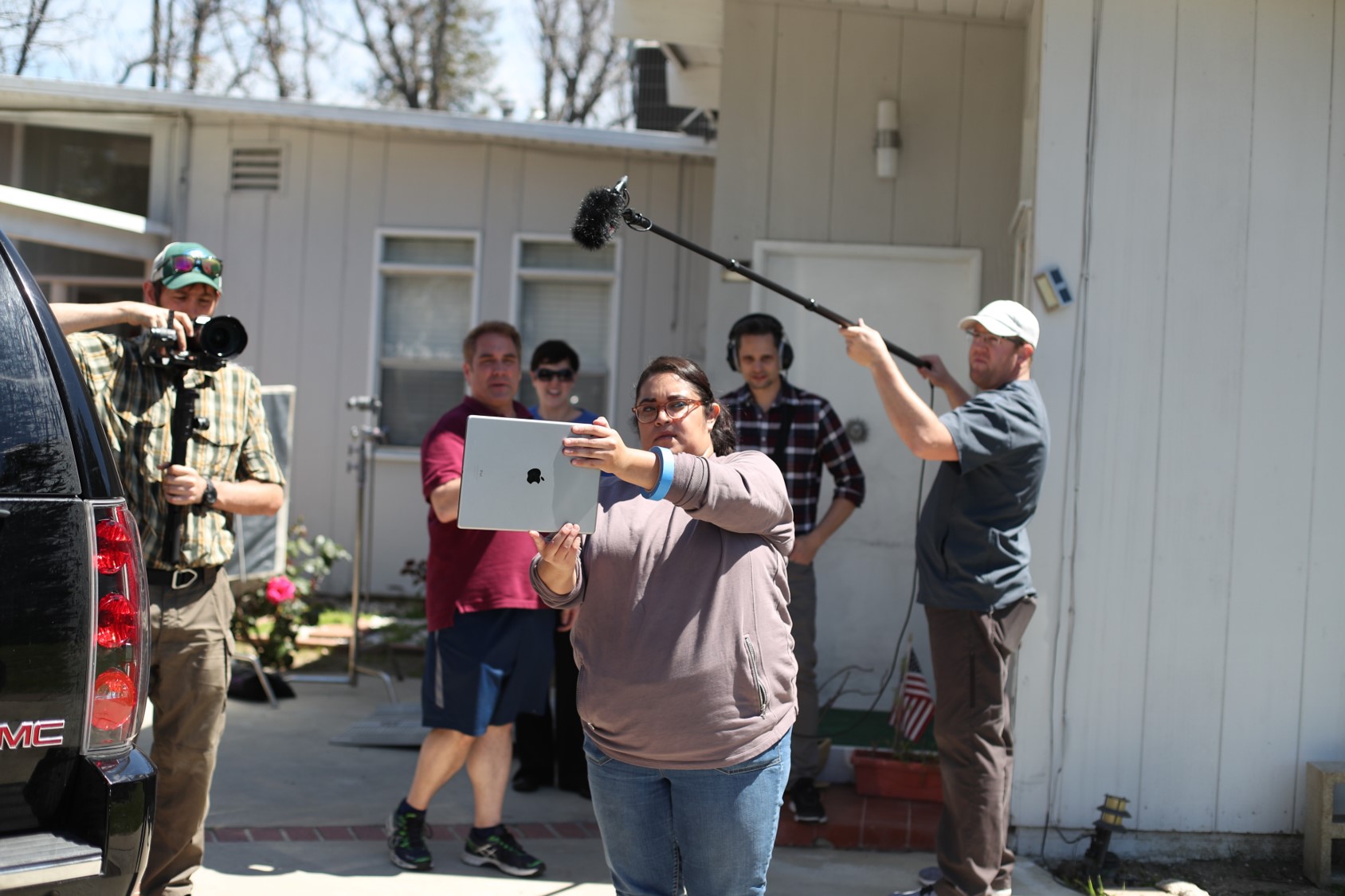 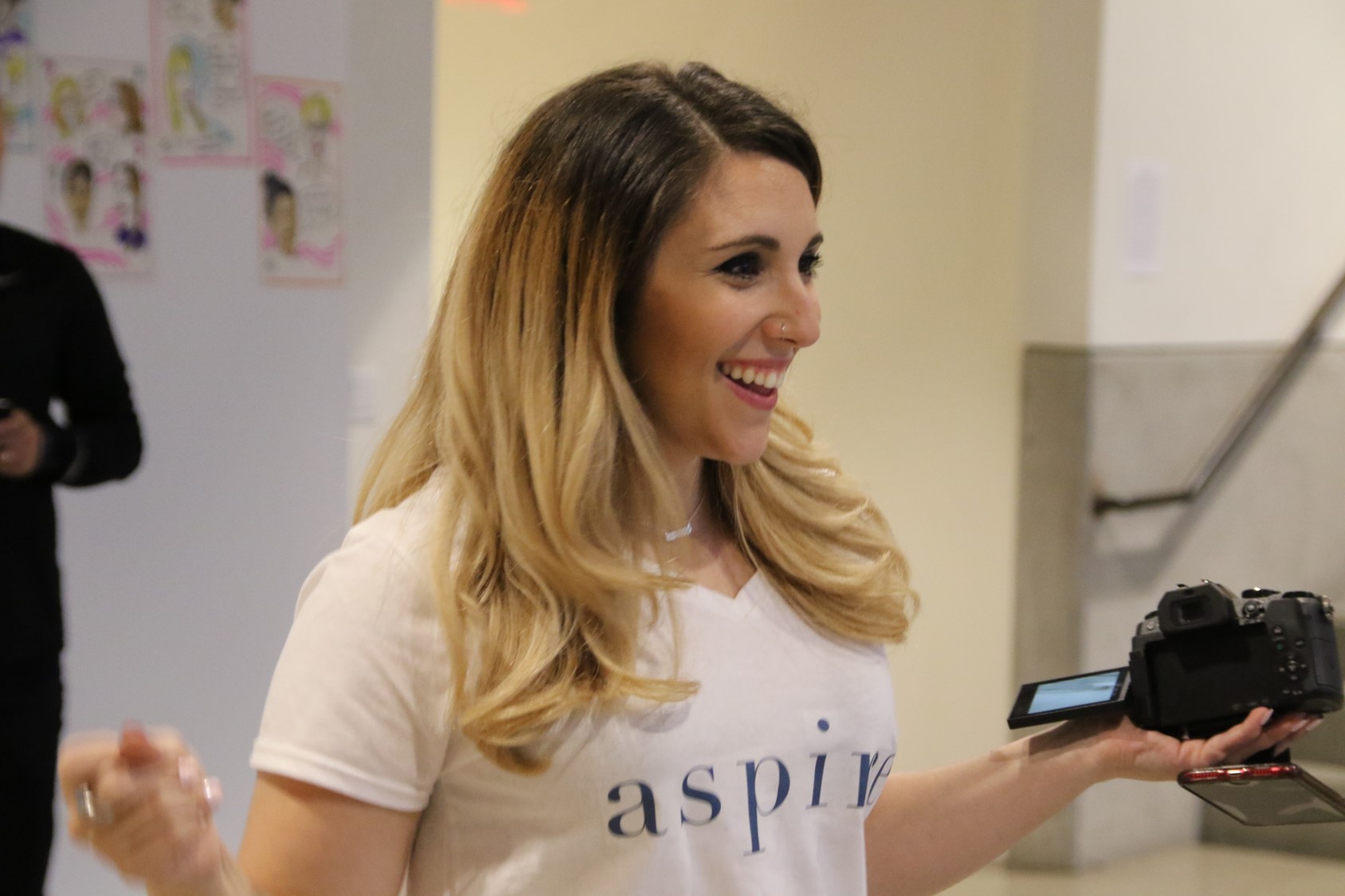 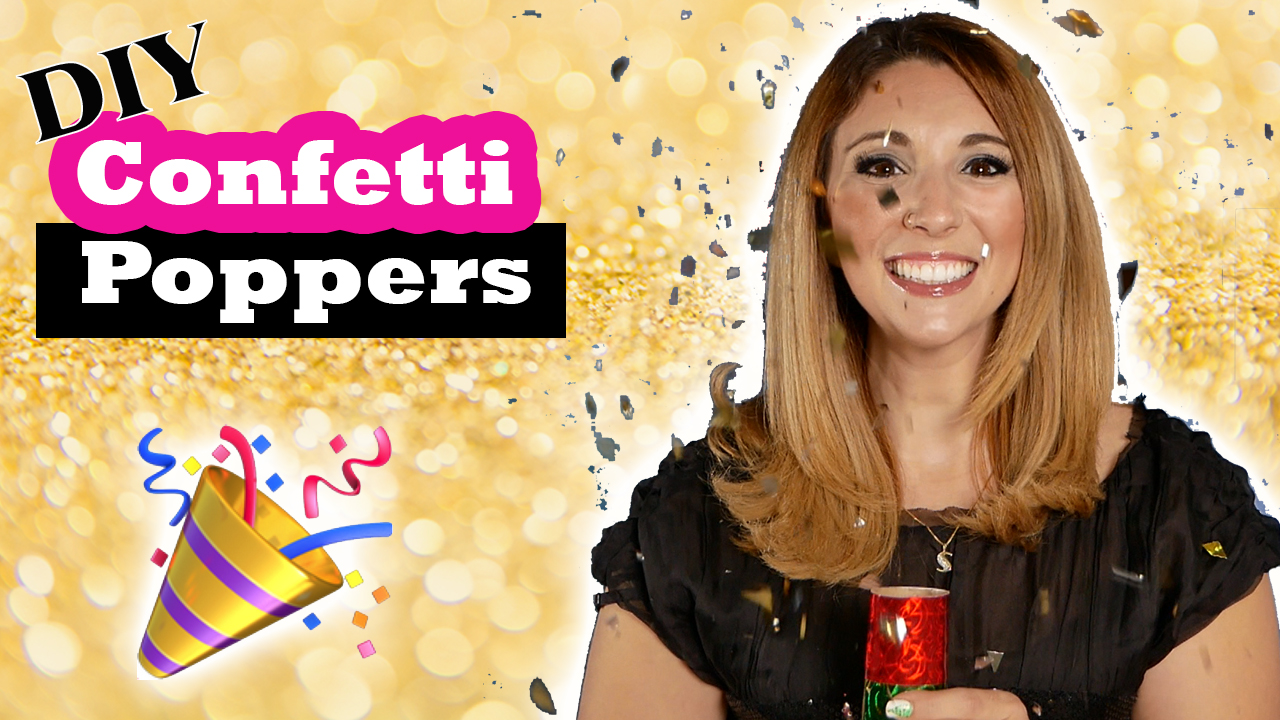