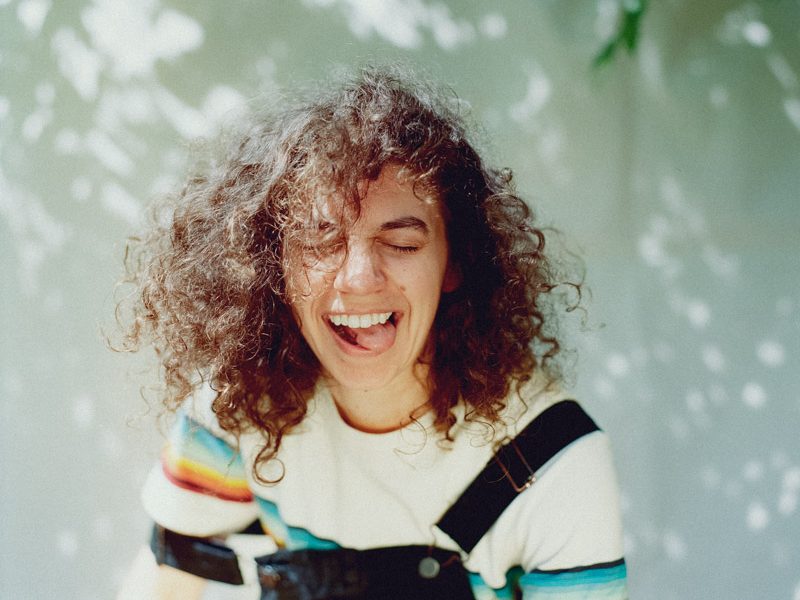 Today we’d like to introduce you to Steph Barker.

Steph, can you briefly walk us through your story – how you started and how you got to where you are today.
I grew up in Londonderry, NH and it just so happened that the public high school had an amazing music program. I started playing drums in the school band, which then led to the jazz band, symphonic band and drumline (where I became the captain my senior year).

I don’t know why I chose to play the drums. My parents told me that when I was three years old, I asked for a drum set for Christmas out of the blue. Santa delivered, and I got a plastic clown-themed kit!

Later, I graduated from Berklee College of Music and lived in Boston during that time. I was still primarily focused on playing drums, occasionally rugby, but mostly drums. I received the Terri Lyne Carrington Scholarship for Outstanding Female Musicianship while I was there. I discovered my independence during this time and was able to live out as a member of the LGBTQ community. I never really did this in High School, Londonderry is a very small town and wasn’t I quite ready yet. In a way in worked out because I put all of that confusing energy into drumming and music.

After Berklee, I moved to NYC. It was my dream to live in the city, and finally it happened. I lived in NYC for about five years. Here, I started networking and playing with as many people as I could. At this point, I still only wanted to play drums for people. I played for a bunch of different artists, Mal Blum, AW, Mitten and Catey Shaw to name a few. I also taught drum lessons to pay the bills. I was also a performer on an entertainment drum line that played for The Knicks, Giants, Jets, Rangers and Patriots. I even did a stint Off-Broadway, subbing on drums for Bayside! The Musical. I loved living in NYC, I miss it so much. The pizza, the bagels, the hustle and the bustle. It will always hold a special place in my heart. The decision to move to LA was difficult.

I decided to move because I had a few friends (also musicians) who moved and they said there were many more touring opportunities. That was the one bad thing about NYC, artists were not touring and there was no work to be found. So, I moved.

I’ve been in LA now for about five years and although it was tough, it was for the best. I started playing for Coast Modern a few months after I moved. I started touring with Kate Nash, and I also started to play with Love Fame Tragedy (Murph from The Wombats). I’ve now toured nationally and internationally several times, and have used many festival toilets. It was during all of this that I saw my career sights changing.

In between tours in 2017, I realized I wanted to write and produce my own music. I was TERRIFIED and also didn’t know anything about production/engineering. So, I started to read books, watch YouTube tutorials and asked trusted friends. I slowly assembled a hodge podge of gear for my home studio. I used to tinker with guitar, bass and writing back in High School and even as a kid. I began to summon this energy, and the most important thing was that LA gave me the time and space to do that. I finally had room for a studio, I had time to write and be with myself. It was a brand new wave of creative energy crashing over me. I recorded my first EP, fully produced and performed by myself, and with the mixing help of my friend Luke, I released the first track in summer 2018, on my birthday. It’s called “I Rly Rly Like U”.

Two years later, this song has just gotten a placement in the new Hulu show, Love, Victor. Another crazy dream come true! Knowing how it all started, I’m absolutely floored and grateful. The Self Titled EP came out in Jan 2019. One of the tracks was put on Spotify’s Fresh finds playlist and I lost my mind. It led to my signing with label, 22Twenty and the future of Baby Bulldog.

Currently, I’m in the midst of releasing my next EP, Rodney. It comes out August 5th, and I’ve released a few singles already. I’ve started to finally get the live show together as well. I’ll be able to live stream soon too. It’s something I’ve always wanted, but I never thought I could do. It’s just me, playing the kit and singing. I am bursting with excitement for the future of this project. It’s a constant push for me to get out of my comfort zone, it’s representation for the LGBTQ community, it’s my heart and my words being shared with the world. It’s my path. Even though it has taken many twists and turns to get to this point, and I still have many more to go, I couldn’t be happier knowing it is where I belong.

Overall, has it been relatively smooth? If not, what were some of the struggles along the way?
Many of the obstacles I’ve faced are with finding gigs. Trying to make money and fill the gaps while you pursue your dream, and when your dreams shift, it’s also a bit strange. The months where gigs aren’t happening, when work isn’t coming in. Those are the times I’ve needed to dig deep and stay strong. Easier said than done.

There have been many times I’ve been approached for a tour or a show and then it all falls through. I’ve learned to not bank on anything happening until it’s literally happening.

In terms of Baby Bulldog, it was learning how to use software and create everything myself. I taught myself Ableton, learned basic mix techniques and how to sing. I never sang before and I was very scared too. I started by singing backgrounds in the bands I played drums for. Lead is a different story. I had to get used to hearing my voice played back, what I liked or didn’t like. Getting the coordination to sing lead and play drums.

The biggest obstacle has been performing live. It is very different to be the center of attention, even though I’ve performed so many times. All of those times were behind a kit at the back of a stage. With Baby Bulldog, it’s just me. I did a practice show for two friends and I was so scared, it consumed me. I felt great afterwards, but it took every ounce of me to get through it. I’ve still yet to have my first venue show, that was all in the works before COVID. For now, I’m focusing on the live stream to get me ready!

Please tell us about Baby Bulldog.
I’m an artist performer and drummer.

What I love about Baby Bulldog is that I am playing to my strengths. My principal instrument is the drums, so playing the kit live is very important to me and I think its also different than the normal set up. Not many lead singers are drummers.

The wild energy I have behind the kit is what I want to share, and I hope that comes across in my performance. 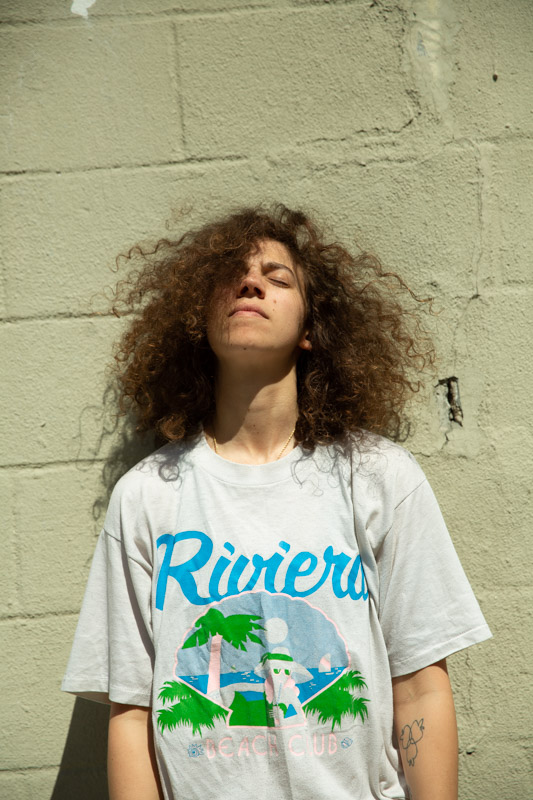 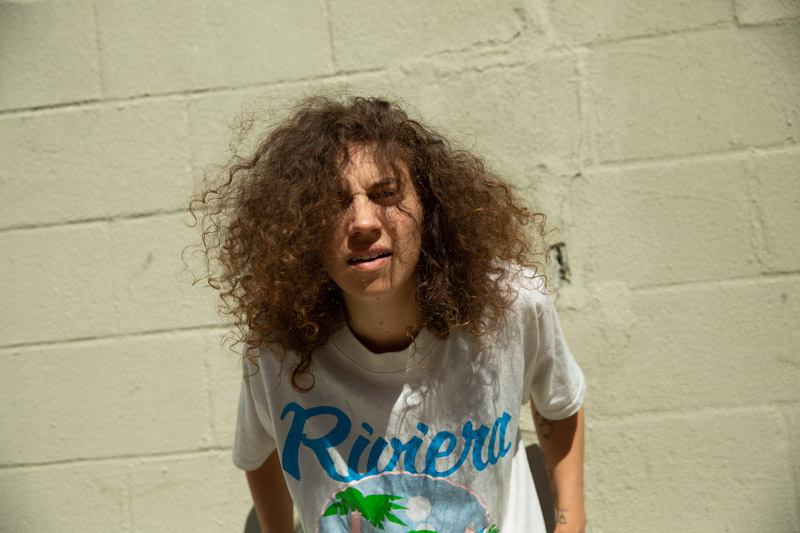 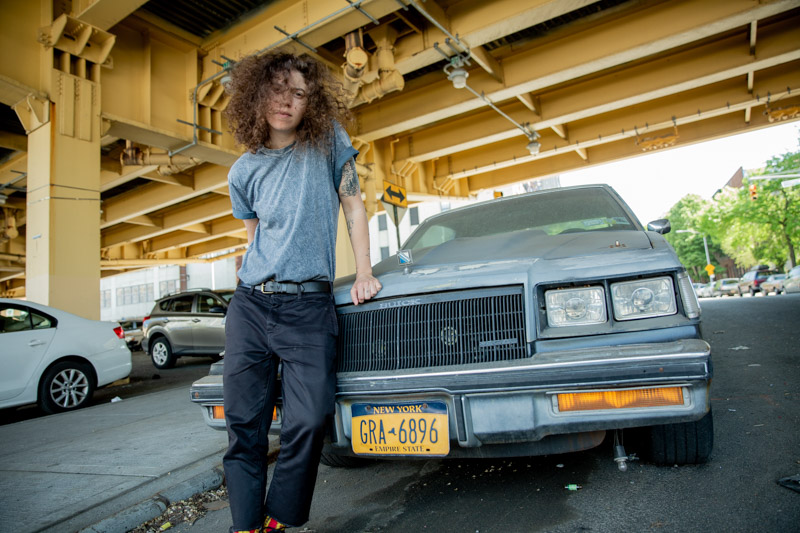 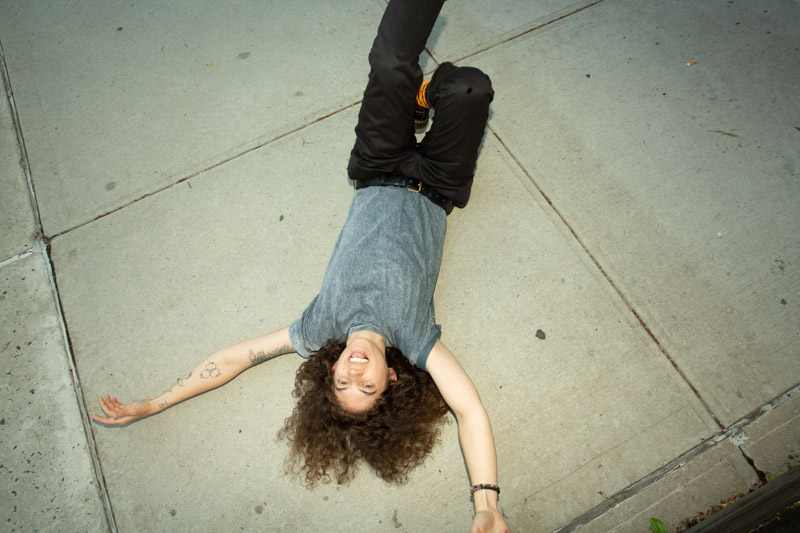