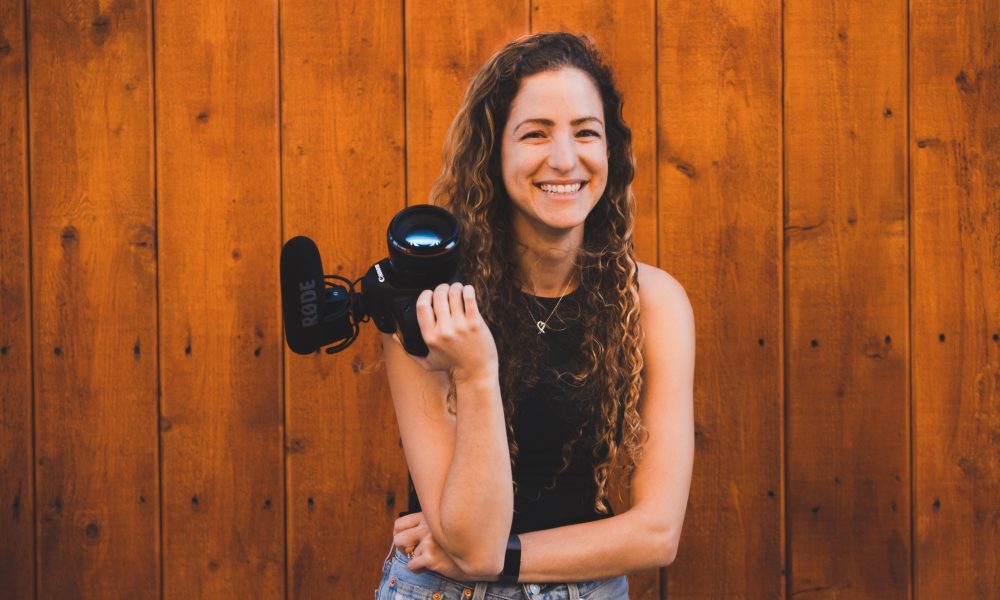 Today we’d like to introduce you to Stav Levy Halabe.

Stav, can you briefly walk us through your story – how you started and how you got to where you are today.
I was born in a small town in Israel called Ra’anana and moved to the states at the age of 11. Not knowing English, I really connected to visual arts. We moved around a lot, and we didn’t have a lot of money growing up, so when I finally saved up enough to buy a DSLR in high school, I was hooked and I couldn’t put it down.

I loved taking photos and making little videos on my windows movie maker (lol) but I never thought about making it more than just a hobby until I was applying to college. I remember looking through all the different majors in the drop down menu in the application, and the only one that jumped out at me was Film & Video Production. It wasn’t until then, literally while applying, that I decided to give it a shot because that was the only thing that interested me from the list. Little did I know that that would have been the best decision I could have made.

I got into San Diego State University film program and decided to emphasize in editing. I still wasn’t sure what I wanted to do but I enjoyed cutting and creating “movies.” During college, I was able to get a freelance gig as a wedding videographer, and that sparked my interest for camera operating.

After graduation, I still had no idea what to do with my major. I never had this big urge to work in Hollywood like a lot of my classmates, but I also didn’t know what else I could do with video production. I didn’t have a mentor or anyone I knew that was in the field and began applying to jobs with no luck. A few months in, in desperate need for a job, I started applying to positions unrelated to video. I actually got an offer at a desk job, but after a lot of thought I decided to decline it and continue searching for something I’m more interested in. (Which was a very difficult decision because I could barely make rent, and had less than $100 in my bank account at some points). Luckily, after a few more months of searching and applying, I finally got an internship with a documentary production company called Roadtrip Nation which later became my full-time job for 4+ years. During my time there, I worked my way up from an intern to Senior Editor/Lead Cinematographer and even co-directed one of their series. Before RTN, I really had no interest/knowledge about documentary work, but I can wholeheartedly say that after getting to film and edit documentaries, I knew I never wanted to do anything else than tell real stories of real people.

In January of 2019, I started my own wedding videography company, Autumn Bee Films. Last May in 2019, I decided to leave Roadtrip Nation and dedicate my time to ABF as well as freelance full time, and I couldn’t be happier. I also since then co-founded a production company called Legacy Talks, where we interview and create short biography videos for our clients. One of my biggest priorities in leaving my steady job was to have a variety of different incomes and projects, which is exactly what I’m doing now. It’s only been less than a year, so I’m very excited for my future projects to come.

We’re always bombarded by how great it is to pursue your passion, etc – but we’ve spoken with enough people to know that it’s not always easy. Overall, would you say things have been easy for you?
Yes and no. I think there’s never one linear path to any career, and the steps that I decided to take in my life (knowingly or not) all lead me to be where I am today. Not to say there weren’t tough times because there most definitely were, but I think I wouldn’t be where I am today if I didn’t make those mistakes along the way. I really believe that everything in life is a learning experience that helps lead you to the next step in life.

With that said, I’m still a work in progress and I definitely still have my struggles. I used to struggle a lot with imposter syndrome, and still sometimes do, but I’ve talked to enough people and heard enough of their stories to know that most people struggle with that at some point or another. I learned to recognize it and remind myself that I do belong. I have also struggled with getting the courage to take a leap of faith, like leaving my comfortable steady job to the unfamiliar world of freelance & entrepreneurship. But I can vouch that whether or not that next step works out the way you intend it to, it’s always worth it. It sounds cheesy, but I really believe that life begins outside your comfort zone. It was not easy, but it was so so worth it.

We’d love to hear more about your work and what you are currently focused on. What else should we know?
I’ve really gotten attached to documentary work because I think there is so much to learn and appreciate about people and their stories. Whether it’s a couple’s wedding day or a documentary about your grandfather’s life, video is the ultimate platform to really get a feel for the subject.

I love to tell real stories of real people through video. Along with ABF and Legacy Talks, I also freelance for other companies, so I actually have a variety of projects I typically work on, which was a goal of mine after leaving my full-time day job.

At Autumn Bee Films, my style is more documentary-like, capturing candid moments rather than anything posed or forced. I truly have the best clients and have so much fun capturing their big day that it doesn’t feel like work most of the time.

At Legacy Talks, which I started with my good friend Chelsea just a few months ago, we focus on a similar style, but for biographies. We interview people about their lives and edit a creative biography short for them, their families, and their communities. I truly believe that everyone has a story to tell, but unfortunately many of these stories get lost after generations. Our goal with Legacy Talks is to preserve people’s stories through these shorts, which can be passed down through generations to come.

What were you like growing up?
Not a whole lot different than now! I loved playing sports and being outdoors for as long as I can remember. I was usually the “daredevil” of the group and always loved adrenaline-filled activities (and still do!). I was pretty introverted and quiet (also still am), which I used to hate but now I value what that brings to my life and who I am.
I was also always pretty hardworking. I learned the value of money at a very young age and I started working young, which I think helped shape how I work now! 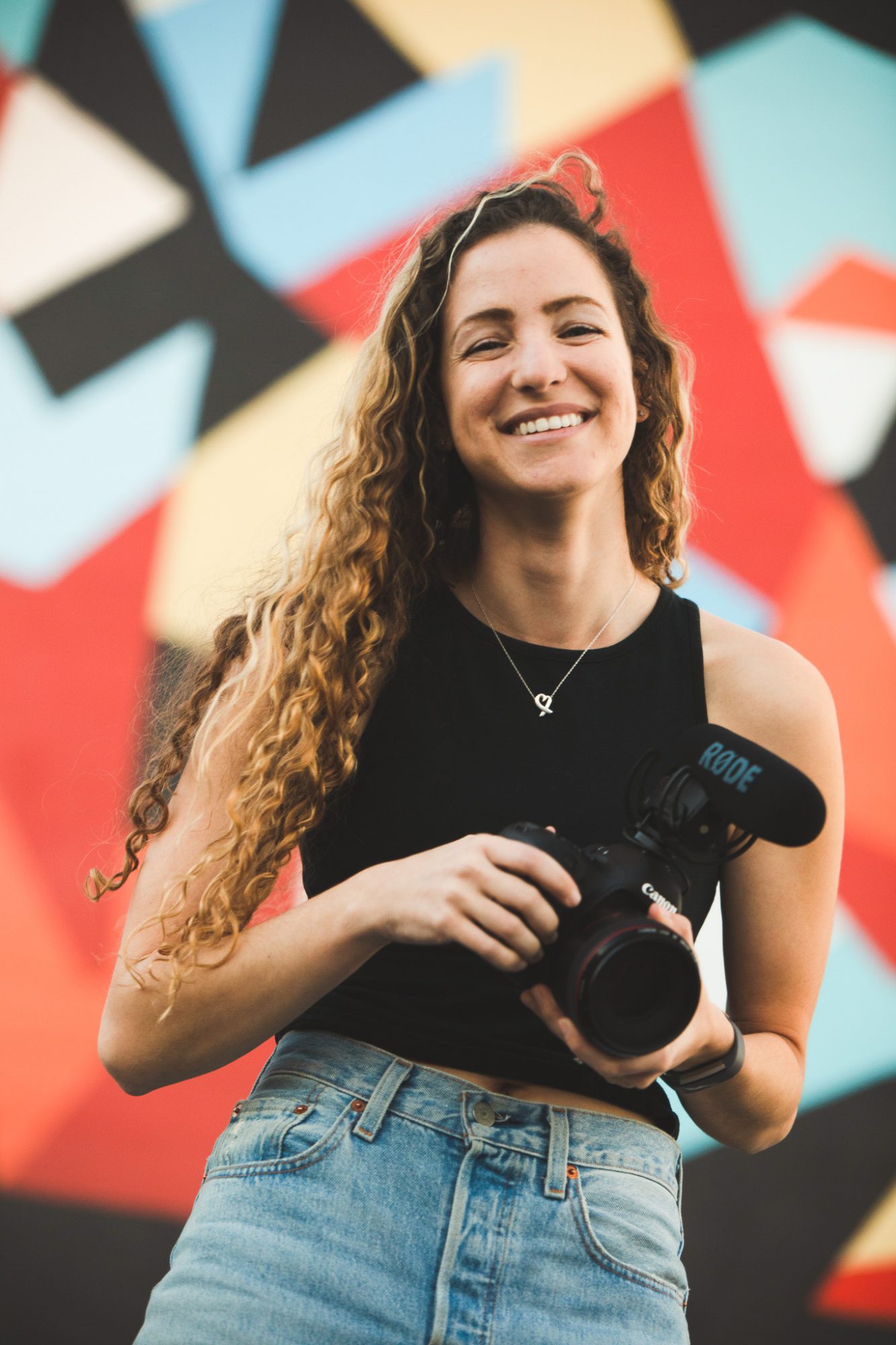 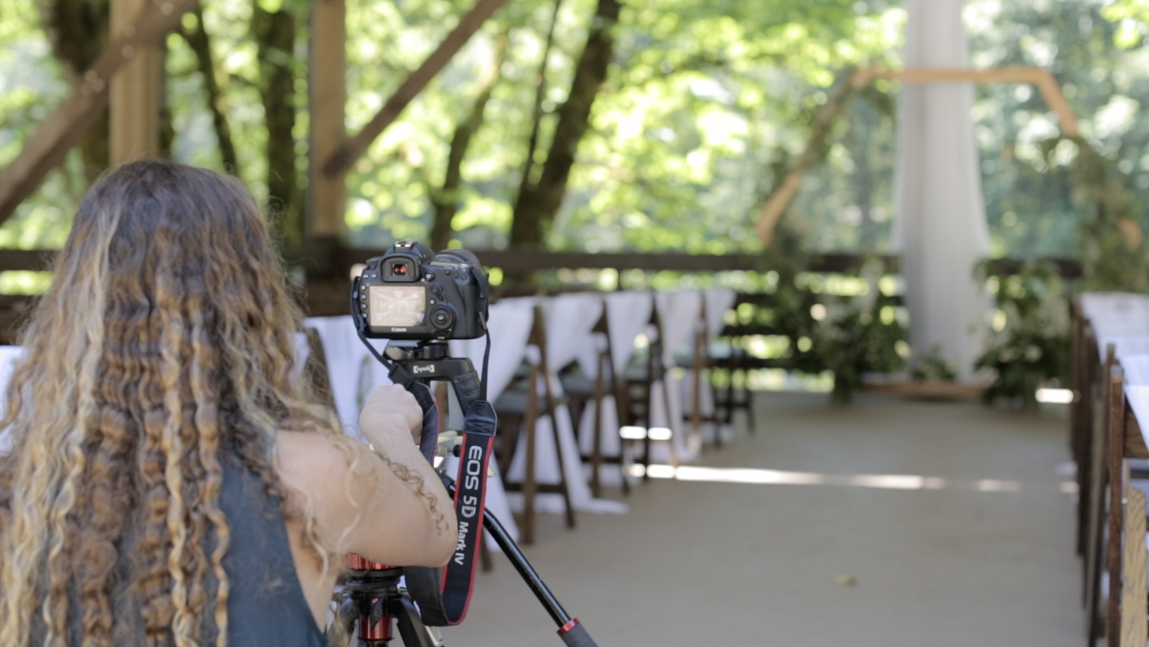