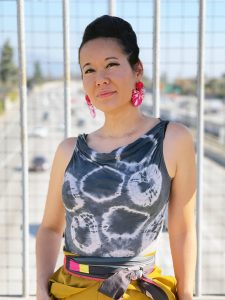 Today we’d like to introduce you to Stacey Oku.

Hi Stacey, it’s an honor to have you on the platform. Thanks for taking the time to share your story with us – to start maybe you can share some of your backstory with our readers?
You know that thing that happens when you’re swiping through Instagram and seeing all these amazing creatives showcase their work and you’re super inspired, but also like…How did they…and also…I wish I could do that? Cross the t’s and dot the i’s because this moment describes my creative journey perfectly. I thought of it as creative-envy, but when you dig deep, it’s actually just insecurity. Art moves me and has always lived within me, but I couldn’t draw, paint or sculpt for my life, so I didn’t feel like I could live up to the word artist or creative for many, many, well, too many years. It wasn’t until I moved to New York when I started to experiment with being creative, is where I learned the value of not having those traditional art skills. This so-called limitation paved a path where I explored and developed my artistry and eye for design through photography and style. Photos, dance, glue guns, clothes and jewelry became my creative outlet. Things that I could easily get my hands on and I knew how to work with. Through experimentation and simply the joy of art and making, I slowly developed my skills in design. Full screeching stop, this doesn’t lead into me starting my brand, Mas & Nobu and inventing the origami lenticular illusion earrings I am becoming known for and have gotten on television. Instead, my journey in experimentation with creativity leads me into different types of jobs that I wasn’t really happy with to pay the bills while doing random projects on the side. I think for artists, it can be a bit intimidating to fully focus and invest in yourself. Especially if you feel like an imposter artist…..”Impostartist” if you will. One of the punches I threw to knock this fear down is taking classes at OTIS and learning how to be a graphic designer.

I was told I wasn’t a good graphic designer multiple times and it took me a long time to develop a professional set of skills – not easy. Despite the struggle I had with graphic design, it has become a huge asset in not only paying the bills but moving my personal creative visions forward. Even though being a graphic designer doesn’t fulfill my artistic passions directly, those skills built the foundation in which I can make my ideas into reality. Many stops, distractions and fears later, I invented the Origami Lenticular Illusion earring and started my own brand, Mas & Nobu, rooted in my Japanese-American heritage. Sometimes the key to your creativity has been with you since the day you were born. My family, our traditions and my own American experience inspire what I create. The Origami Lenticular earrings are a visual representation of being Japanese-American. They are meant to inspire others to create and also to get in touch with their past and family history as much as possible. The deeper you look into your family history, I guarantee you will find parts of yourself and your journey has existed before. I still have my 9-5, but my side-hustle of making unexpected handmade jewelry is my main squeeze. I’m looking forward to growing my business and hopefully helping others along the way.

Alright, so let’s dig a little deeper into the story – has it been an easy path overall and if not, what were the challenges you’ve had to overcome?
I want to meet the person whose road was smooth! How did it happen and can I use their paver? My biggest struggles have been believing in myself, fear of failure (aka friggin FOF) and figuring out what passion to focus on when I’m moved by so many avenues of creativity (video, dance, clothes, etc.). These are still things I deal with. The good thing is, is that now there are a lot of successful people who speak on having the same issues. It’s really nice to know that #1 you’re not alone in these struggles – even the greats have ’em and #2 they have advice and tools to use to push past these obstacles and find a solution for the challenges. I predict a bumpy road ahead that leads to the unknown, but for some reason, I like that road. So I’m putting on some good (also very cute) shoes and stomping down it. Looking forward to meeting like-minded adventurers along the way.

Appreciate you sharing that. What else should we know about what you do?
I created the Origami Lenticular illusion earring to give others a way to express themselves through wearable art. They are a visual representation of being Japanese-American…A hyphenated life that so many of us whose family immigrated to America can relate. Using traditional origami techniques and my own original artwork, I create the illusion of images and words changing on the earring when seen from different perspectives. I make each earring with care and precision and love adding to someone’s collection of wearable self-expression. Mas & Nobu Origami Lenticular earrings have been a hit since the first time I wore them on the streets in NYC. They’ve nearly sold out at boutique fairs and have been worn on the red carpet and also by Yara Shahidi several times on the hit show, Grown-ish.

Mas & Nobu is the name of my brand and the names of my grandmothers. I create under their guidance and am inspired by their grit and tenacity. These two women and their families were incarcerated during WWII for being Japanese-American. The government stole nearly everything they had, intimidated them into leaving their Japanese identity behind and forced them into communal, isolated camps to live for years. My mom was actually born at Santa Anita Race Track where a horse stable was her first home and a bed made out of hay was where she slept. It’s a common story that runs through the Japanese community in Los Angeles. And it’s one that the history books tried to water down and erase from memory.

I am a part of the movement that shares these stories with others to show the truth of what happened to Japanese families in WWII with hopes that they motivate us to stop these types of atrocities from continuing in America. Despite their obstacles, Mas & Nobu pursued their goals in a time when women were meant to stay at home. Mas learned English and Spanish and started her own barbershop in Los Angeles. Nobu snuck out to work against her husband’s wishes to work as a seamstress. Later she somehow got a job to dress Audrey Hepburn in a kimono for a movie. The earrings I make are for the seekers, the style innovators, the adventurers even the ones that believe they can’t pull off bold. These are for you! Some of my favorite earrings are the ones that are personalized with loved ones’ names or meaningful words.

The crisis has affected us all in different ways. How has it affected you and any important lessons or epiphanies you can share with us?
Whew, what a ride this has been! One of the first things I learned is response. We actually don’t know what’s going to happen in our lifetime. All we can do is hopefully respond with as much positivity and level-headedness as possible. At the very beginning of the pandemic in March, my friend who is a physical therapist told me her hospital was running out of masks. She’s one of my closest friends that I have known since high school and I was afraid for her. There were so many naysayers at the time who said masks don’t work, but I was determined and instead researched mask materials and started figuring out how to make them. Thankfully, not too long after Governor Cuomo announced his need for mask makers, a plethora of information on mask making flooded the internet.

It was crazy and super interesting to see the process in which thousands of us skilled in sewing, textile scientists, nurses, doctors and more came together and shared information on how to make the best masks we could possibly make without the actual materials. I dedicated much of my time to making masks for hospitals and others. In a time that felt chaotic, scary and surreal, making masks grounded me while helping others. I had lost my job in March due to the pandemic, so it also gave me hope and purpose. I think it’s important to find whatever can ground you in a time like that, often it’s reaching out to help others. 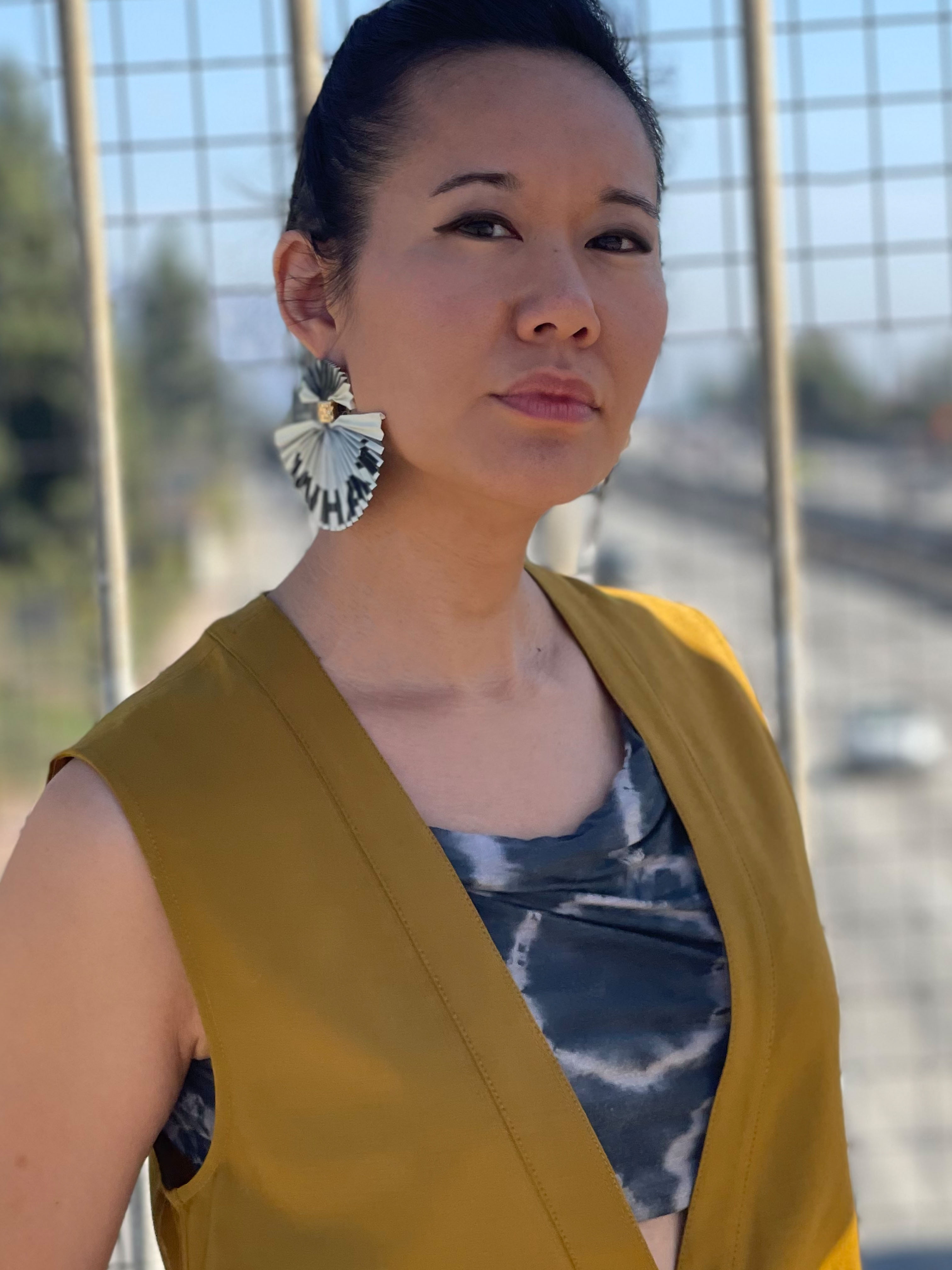 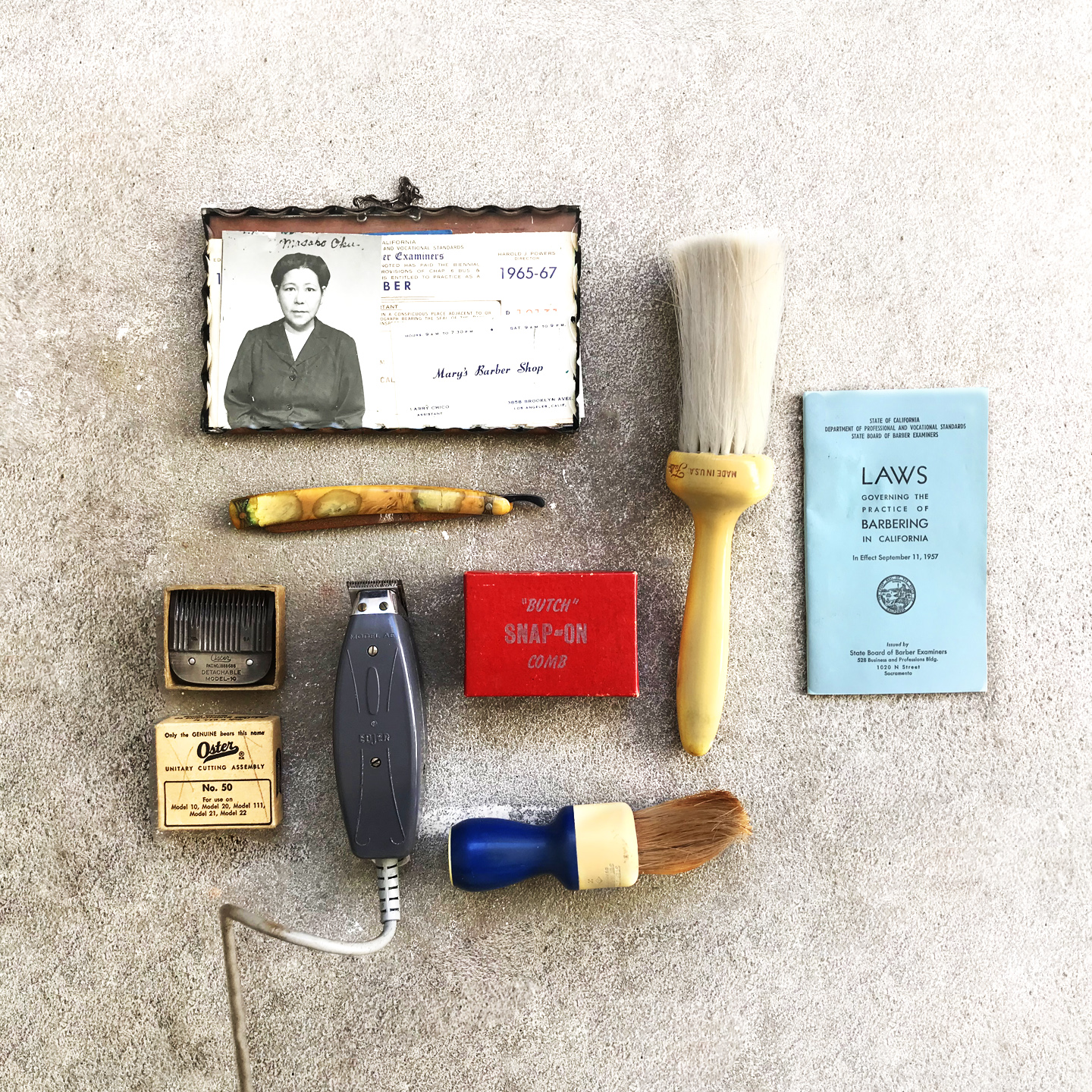 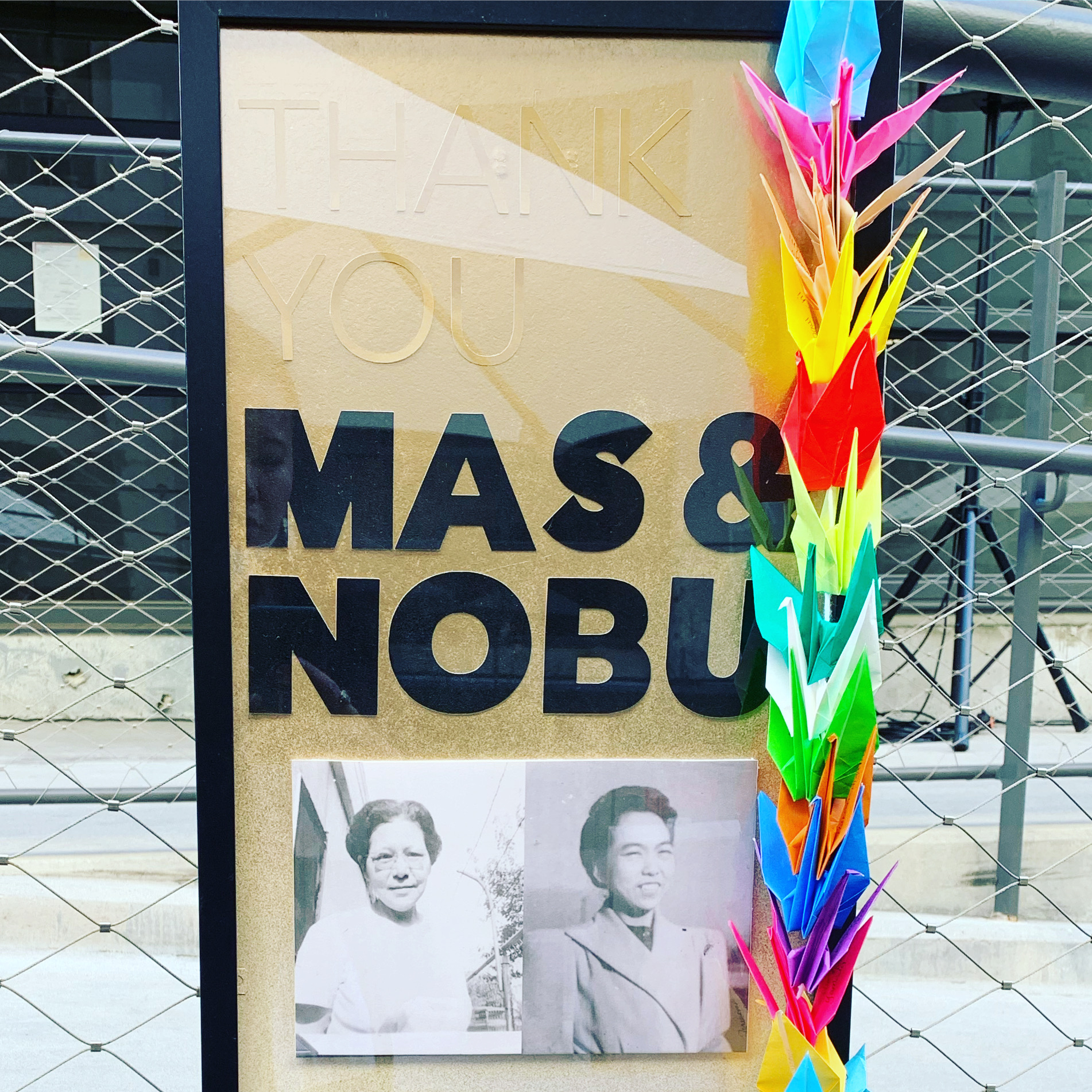 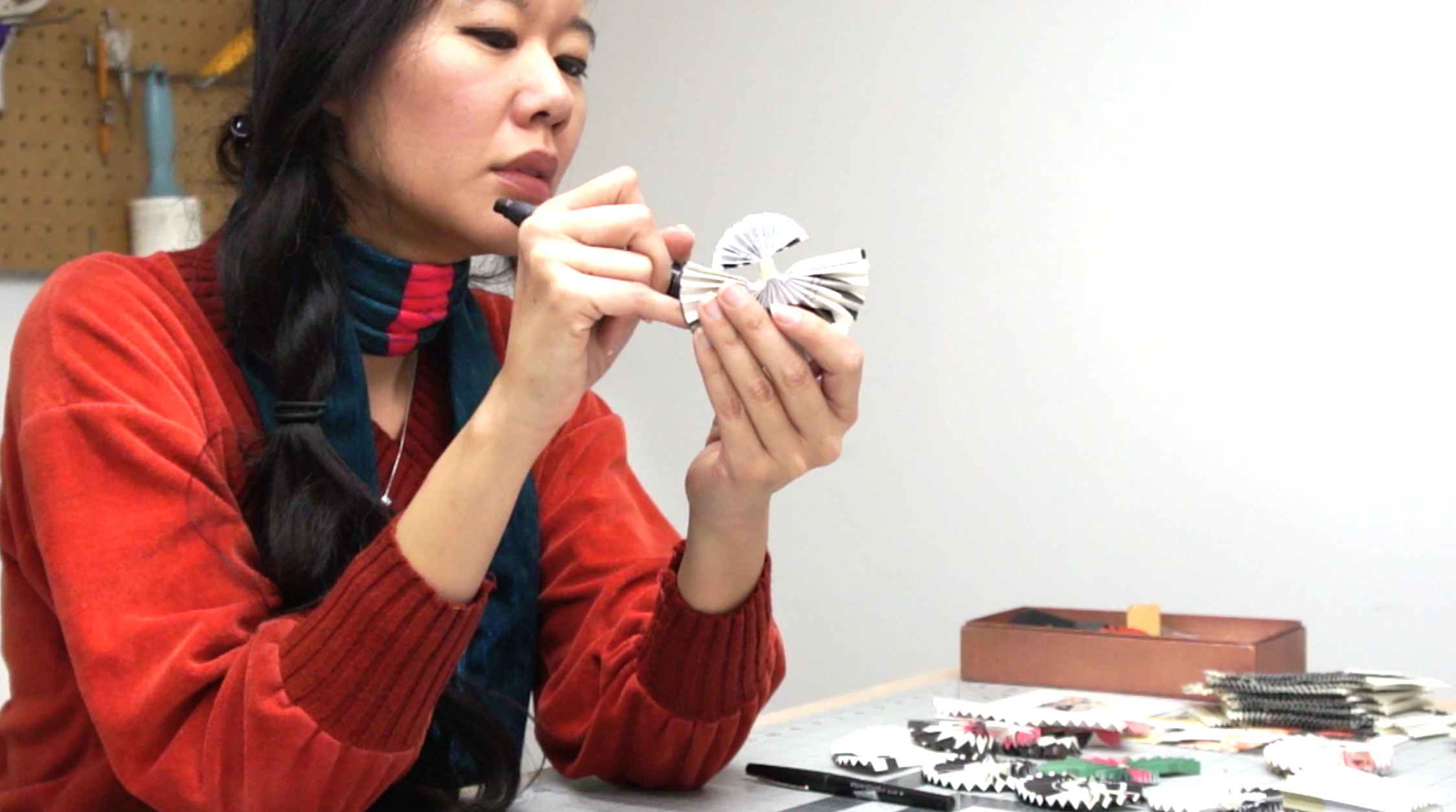 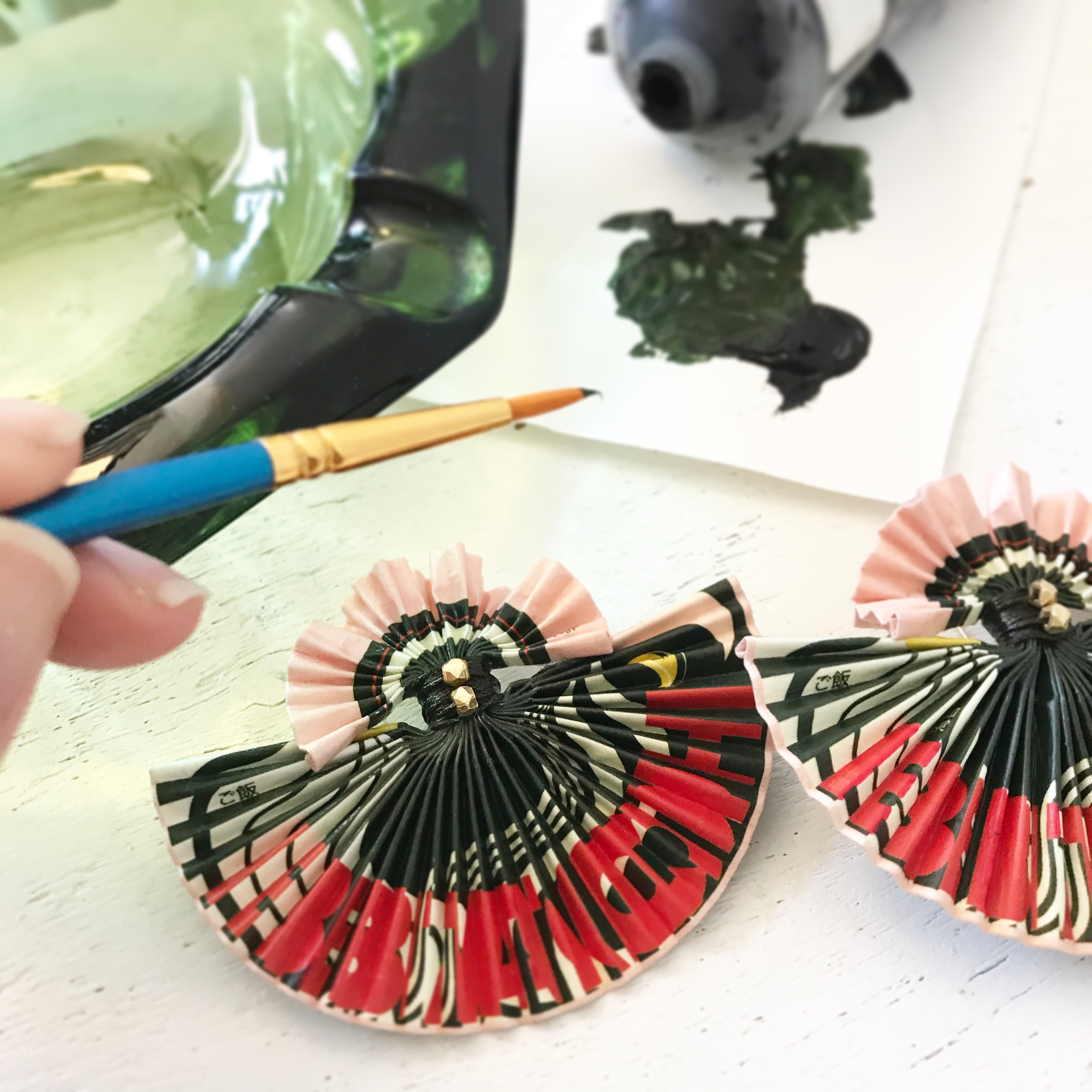