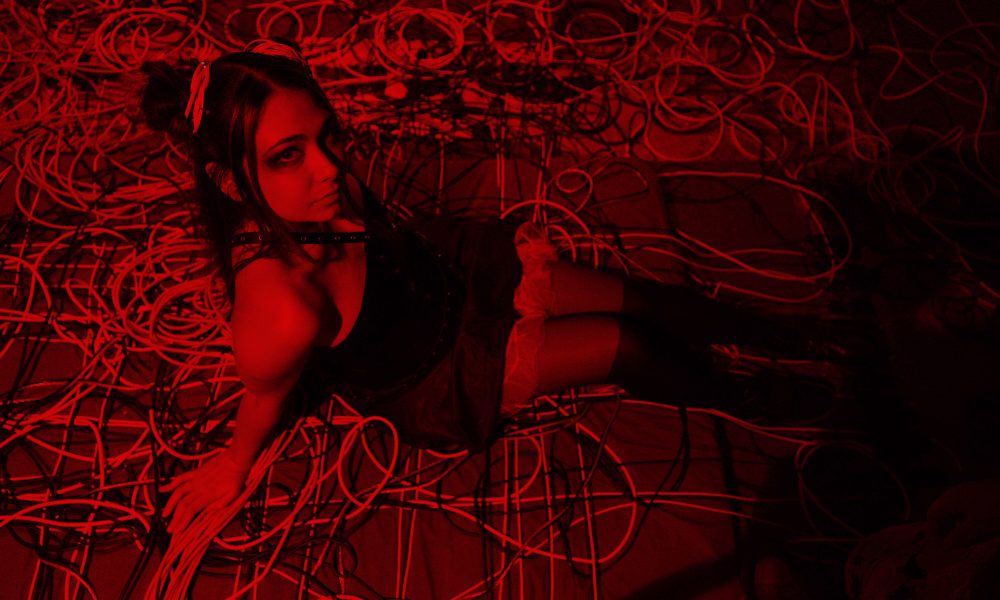 Today we’d like to introduce you to St. Mary.

Thanks for sharing your story with us St. Mary. So, let’s start at the beginning and we can move on from there.
I was born on the other side of the Atlantic, in a small Mediterranean island called Cyprus. Despite being small, there was nothing small about the number of raves and live shows which I attended across the island, not knowing that I would later devote my life to music and music production. It wasn’t until I turned 19 that I finally took the decision to pack up my life and move to the US to pursue a career in music. When I think about it now, however, every decision and step that I have taken in my life has led me to this point of writing and producing my own music as a full-time EDM producer and DJ, making and sharing my vision with the world.

I have been playing piano since I was six and at the age of seven, I remember writing my very first song, thinking to myself “This is the coolest thing ever!” and to this day, I think I still get that exact feeling every time I make music. Later, as a teenager, I became obsessed with attending shows, listening to live music and discovering new artists. If you would have met me at that time, it would probably be either at a rave or at some place wearing my purple Beats headphones and listening to very loud music. I was always looking for a new song I liked rather than a specific genre, so I would listen to anything from Hip Hop to Rock and Pop to Metal and love it all the same as long as the music resonated with me.

My shift towards electronic music happened around the age of 16 when I came across the genre of “Dubstep” and it was unlike anything I had heard before. Making sounds with a computer was something I couldn’t wrap my head around, but it was so fresh and different from everything I was listening to at the time and I became increasingly fascinated by it. What’s funny is that even though Dubstep was my lead to discovering electronic music, that was never the genre I produced. It was actually the various touring DJs in Cyprus who helped me discover other sub-genres of EDM. I remember very intensely the phases of House, Progressive House and Trance music that I went through. What I remember the most, however, was seeing Above & Beyond live for the first time. It was their lyrical songs in EDM form that gave me my ‘eureka’ moment and that was when I had found my muse.

Shortly after, I was encouraged by my guitar teacher to apply to Berklee College of Music in Boston from which I graduated in 2019 with a major in Electronic Production and Design. During those three years that I spent at Berklee, I went from being a pianist that didn’t even own a MacBook to releasing my first single ‘Flake’ as “St. Mary” and DJing in LA, where I moved soon after my graduation.

We’re always bombarded by how great it is to pursue your passion, etc – but we’ve spoken with enough people to know that it’s not always easy. Overall, would you say things have been easy for you?
I really feel like if it was a smooth road, it would take the magic out of it. The hardest decision I have taken so far is probably moving across the world on my own and shifting to a completely different lifestyle to be able to pursue a career like that. The audience for electronic music, especially EDM, Trap and Bass is extremely niche back home in Cyprus and this has led to limited opportunities and interest in pursuing genres such as EDM, and so I knew that in order to make my music effectively heard, my only option was to relocate. In the beginning, it was hard to penetrate such an overly-saturated industry, and I literally had to say yes to any job, gig or session to land on something stable. It was extremely easy to lose focus from the versatility of jobs you can find in LA. An example is when I got a job at a studio as an engineer and I barely had enough time to make my own music, let alone get enough sleep. So I quickly found myself making none of my own music when that was the very reason I moved to LA in the first place.

Despite the difficulties though, moving to LA has, in fact, been a blessing in disguise, as I am extremely grateful for the opportunity that I have been given and this is what has kept me focused and successful in achieving my goals and ambitions for my music career, such as releasing my first music video which I have done with my second single ‘Blind’ with Misdom.’ What I also realized is that it all comes down to not only how you prioritize what you truly want but also the time you invest in achieving it. Another thing I learned throughout my career is that few people talk about the various other factors that play a role in the pursuit of a career as an artist, such as building and learning your audience, creating your own unique sound and maintaining your vision throughout. While it starts with making really cool music, it is not the only factor that determines your success in the music industry. Nobody really prepares you for it, but frankly, the journey and all of its struggles is what makes you you.

Can you give our readers some background on your music?
I am an EDM producer, DJ and songwriter under the name “St. Mary” and my sound lies along the lines of EDM and Trap with some Pop elements to it. I draw a lot of inspiration from artists like RL Grime, Baauer, Hex Cougar and Alison Wonderland. My favourite part of my work is blending vocals with hard-hitting sounds and drums so that it creates contrast but still complements each other. I spend quite some time fine-tuning the songwriting on each of my songs because as a listener, I always felt that if the song itself doesn’t captivate me, I wouldn’t be as interested to hear the ‘cool drop’. Every piece of music I put out there is really me venting through my laptop as my music really is my own interpretation of a feeling or a situation and so that is where I think my ‘darker’ sound comes from. An example of this is my second single “Blind” feat. Misdom, which is my first label release and the music video has made its premiere on Youtube on Dec 9th, directed, produced, filmed, and edited by Savvas Christou. In a red and black world of fiction, St. Mary is playing a game in which she controls a couple and their movements and emotions.

And in this chaos, there are a lot of hidden meanings and interpretations; St. Mary’s manipulation and position of “power” represent situations in which you end up being in a relationship with someone that becomes controlling, holding enough power over you to control your every thought and every move. It has been a frequent phenomenon; two people are in love but end up being toxic to one another and so we wanted to shed some light onto that through the music video and I couldn’t be more proud with how our ideas were depicted in it. In terms of the near future, some of my favorite music I’ve made so far is scheduled to be released in 2021, with an EP hopefully being released towards the end of that year, which will truly establish the sound that characterizes St. Mary and really give me my breakthrough as an artist.

What quality or characteristic do you feel is most important to your success?
I always had a weird relationship with the concept of ‘talent’ and being talented’. I am the only musician in my family and I never felt that I was born with a certain gift in music, such as having perfect pitch or memorizing pieces easily. However, coming to terms with this has helped me realize how little it matters and that what really matters is not only your determination to achieve something but also the ability to work consistently and constructively. I strongly believe in the phrase ‘practice makes perfect’ because, in my opinion, talent is what might initially get you into a career or a hobby, but if you don’t put in the hours and work, talent won’t keep you in it. The hard work I’ve put into my music is what has made me so obsessed with and passionate about what I do; it really has been vital to everything that I have achieved so far.

I know that all the doors that have opened up for me were definitely a result of that. Something which I know has helped me build my resilience in the music industry is the fact that I am a person that naturally does not take things personally both in my professional and my personal life, so not being afraid to ask for feedback has been a game-changer for me. I believe criticism can only help you progress, not just professionally but also personally as well. Yet, because we live at a time when validation from other people tends to hold more value than our own judgment, I believe that it is important to stay true to yourself while still being able to utilize other people’s opinions and tailor them to your creative vision. 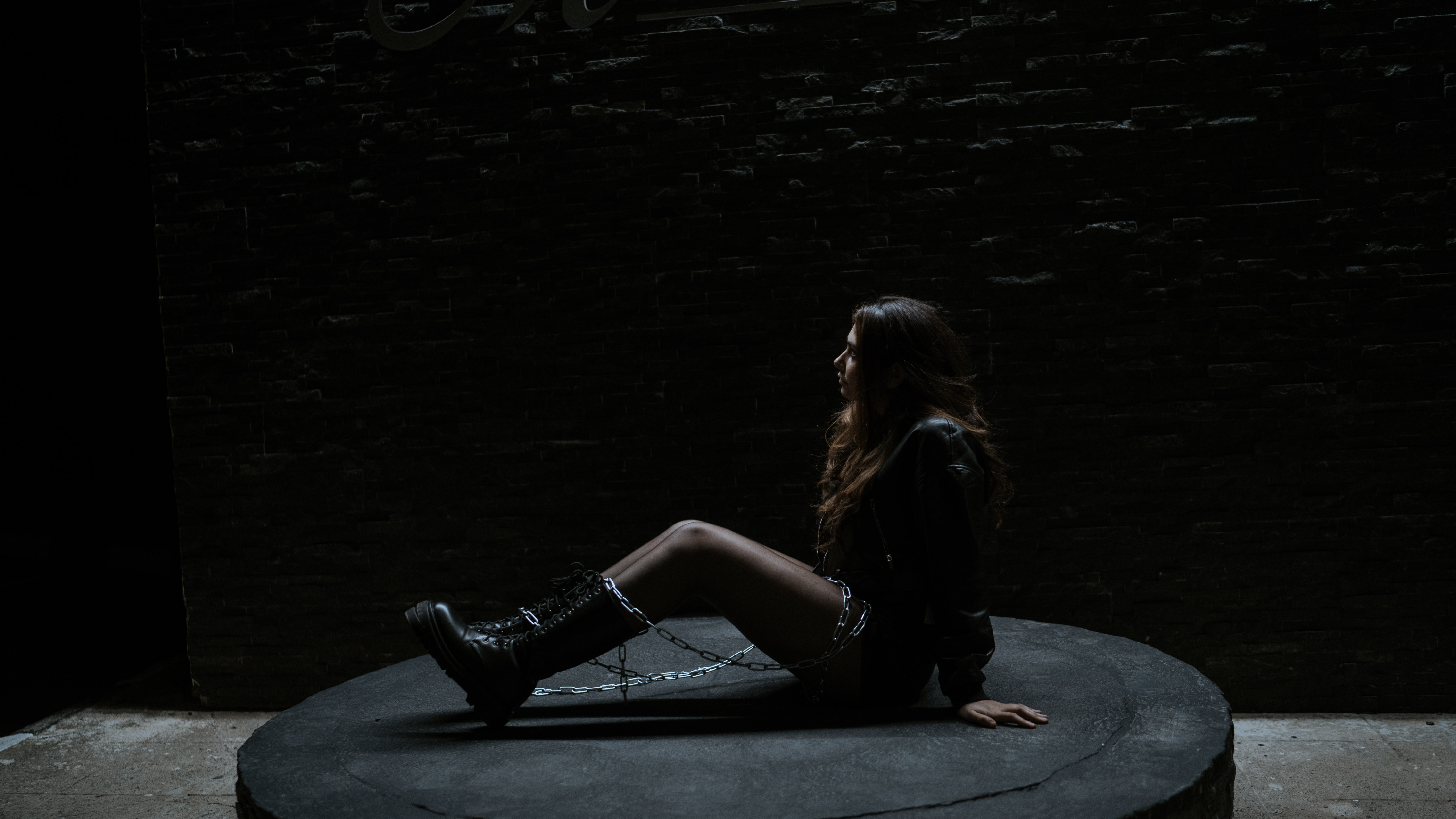 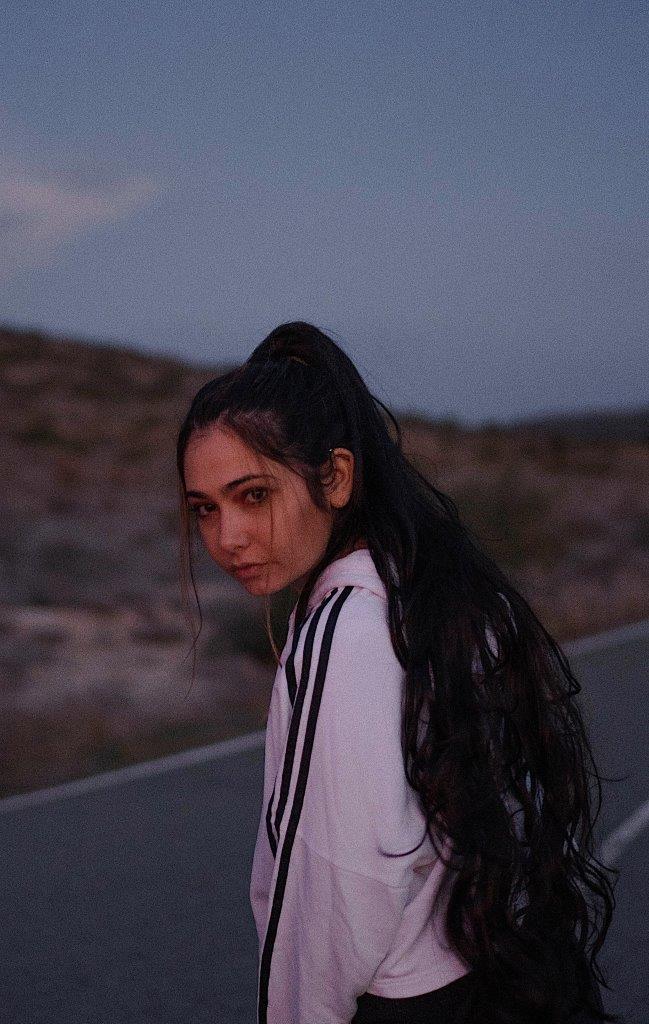 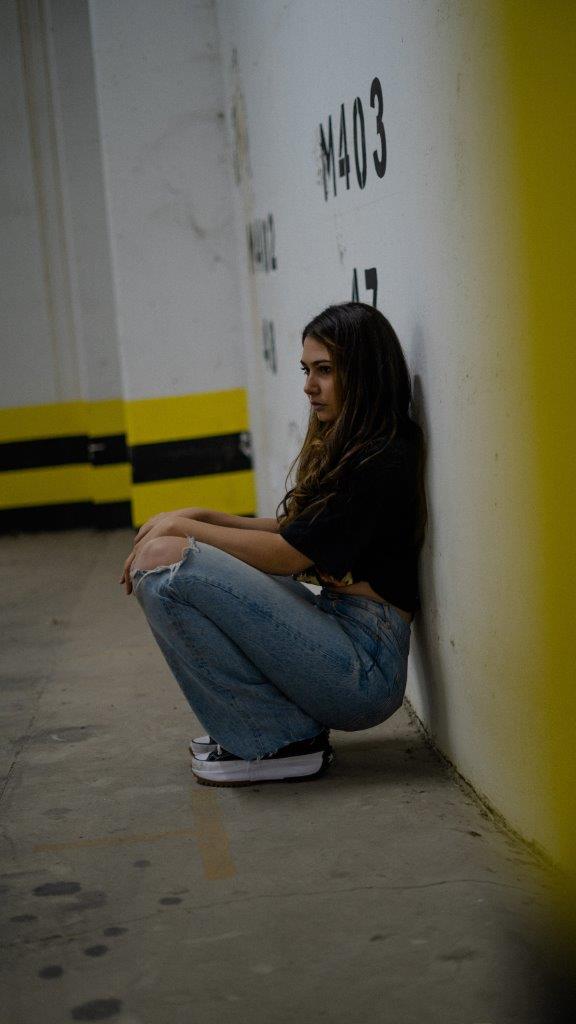 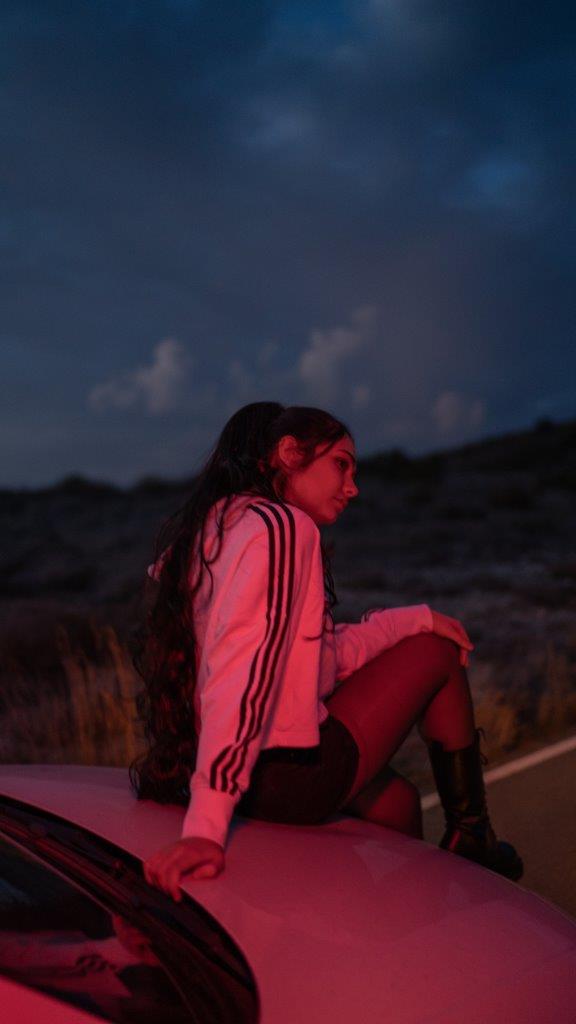 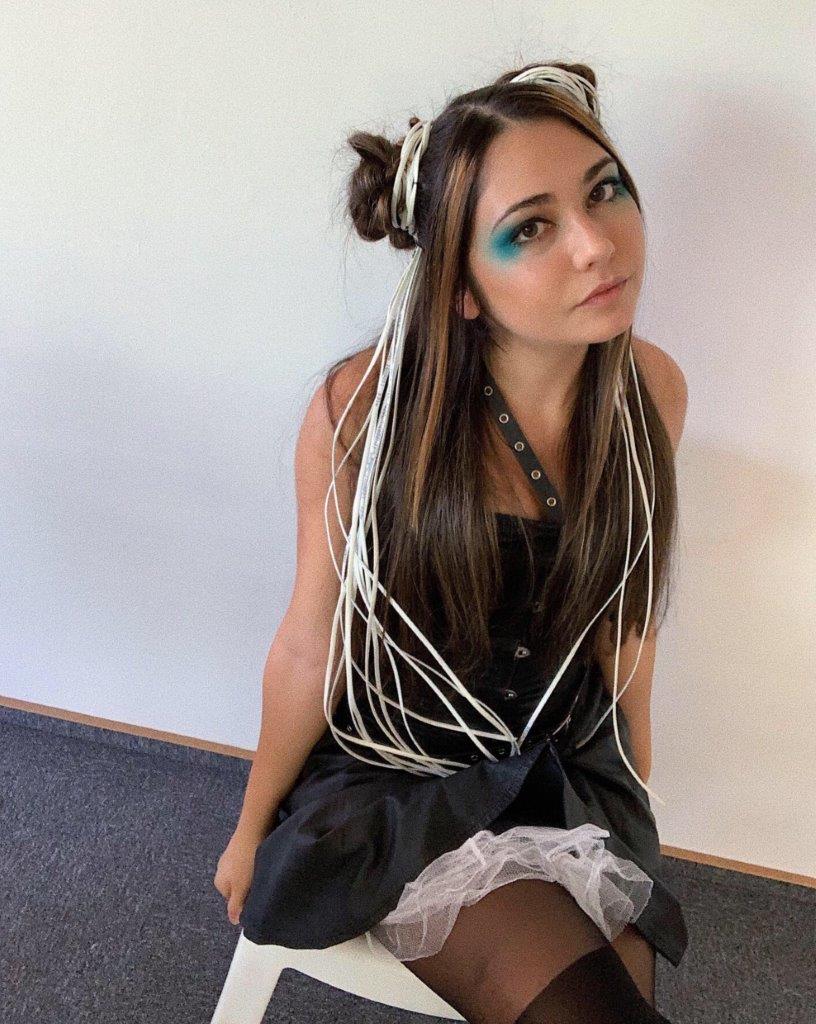