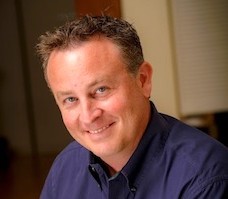 Today we’d like to introduce you to Spencer Wilson.

Spencer Wilson Financial Management Services has been a family business for the last 40 years. Spencer’s involvement began as an internship of sorts. After graduating college, he helped his father-in-law, who had a thriving tax practice.

Given the complexities of the ever changing tax code, Spencer found himself asking question after question, out of sheer curiosity, to make sure he was getting the most favorable tax treatment the law would allow. This eventually led to Spencer getting his tax preparer’s license from the California Tax Education Council, so that he could assist others in the yearly civic ritual.

After several years of studying taxation on both the personal and corporate level, Spencer felt he was ready to study, and sit for, the three part Special Enrollment Exam, the only tax practitioner license given by the federal government. Having passed each of three sections on the first try, Spencer received his Enrolled Agent’s qualification.

With this designation, Spencer is enrolled to practice before the Internal Revenue Service under 31 Code of Federal Regulations Part 10 (Treasury Department Circular No 230). As a member of this esteemed group, Spencer is required to complete at least 72 hours of federal tax study every three years in order to stay atop the most recent and existing tax regulations. However, he exceeds that minimum requirement by several hours each year.

Great, so let’s dig a little deeper into the story – has it been an easy path overall and if not, what were the challenges you’ve had to overcome?
I don’t think taxpayers ever think of taxation as a smooth road. In fact, it’s one of the most contentious areas of our working lives. It’s our job to help taxpayers avoid paying any more tax than that to which they are legally obligated. The most constant struggle is trying to keep up with the myriad changes year after year. Most recently, the Affordable Care Act and tax extender legislation has been a headache.

Everyone seems to agree that tax reform is desperately needed but our political divisions and special interests seem to make any meaningful change out of reach.

Alright – so let’s talk business. Tell us about Spencer Wilson Financial Management Services – what should we know?
We are a comprehensive outfit, in that we focus on personal, as well as corporate and small business tax. We include payroll services, sales tax reporting, audit representation, among myriad other services. What I try to do, and find that most clients appreciate, is answer the phone because we are not a seasonal office. Just because the filing deadline has passed, doesn’t mean that tax scenarios have ceased. Life changes happen every day.

We try to educate our clients that marriage, children, home purchases, new jobs, can change the landscape of a tax scenario in an instant. This is a service industry, and let’s face it, a very complex industry that people just don’t have the time or patience to try and understand. I try to impress upon each client that the phone and email lines are open and they should not hesitate to reach out if they have any question regarding their current, or future, tax scenario. And the one guarantee I can make is that if I don’t know the answer, I will either research until I have it or refer them to someone who does.

Anyone who says they know everything about this very complex code is either lying or delusional. It’s best to vet your tax professional as completely as possible before starting a relationship.