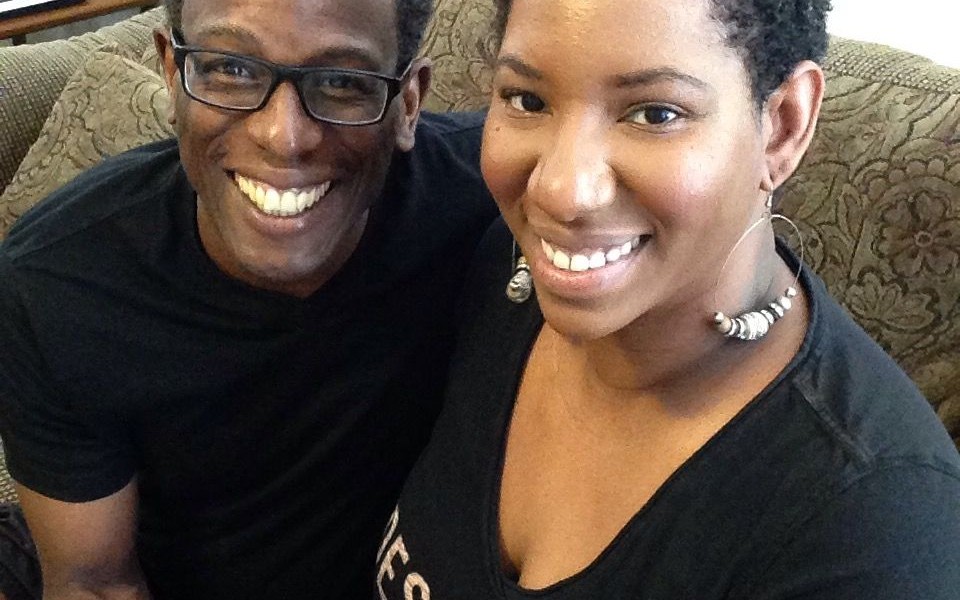 Today we’d like to introduce you to John F. Jefferson III.

John, please share your story with us. How did you get to where you are today?
I watched the movie Do The Right Thing by Spike Lee. When I got home I decided to pick a major, and it was Radio Television and Film emphasizing film production. I figured out how to be included in the major via the University catalogue and I proceeded. I learned about filmmaking and motion picture and still photography. I got more excited the more I learned. I learned that I had a talent and a passion for cameras and filming. I began to emerge in the professional area in Hollywood. I was an intern then a PA then a key PA then a 2nd AC then a Loader Then a Focus Puller then a Camera Operator. I did not become unionized due to lack of days on set but I did get the vast experience in the Production and Camera Departments. I am also mentioned on IMDb for cinematography. I worked on Television Shows, Feature Films, Music Videos, Commercials, Special Effects, and Short Films. I have been the Director of Photography on seven Short Films. I did copious amounts of shooting and filming as I did this is the film era.

As we move into the digital era where digital photography and video are mainstays it became necessary for me to educate myself on digital techniques and upgrade to modern equipment. I am surprised after making the transition how much of my film skills are valid and I know that my high level of proficiency in the film era is a key reason for my skill with digital.

I took on some mentors who are already doing well in their respective photography businesses. People like Damien Smith who told me to master Lightroom or people like Stacie Frazier of Haute Shots or Rick Ferro with Disney Weddings or Ben Horton with Nat Geo who have all encouraged me to shoot and be great. Zach and Jody who I associate with via the Internet and Natasha Calzatti who taught me Lightroom 4. These mentors have been supportive and beneficial in my growth and transition to digital.

I started Image Control Photography with Ke’isha Stiger, my world class wife. We use what we are best at to produce the images and satisfy our clients whom we have been honored to work with. She is the Owner, Producer, and Creative Consultant. I act as the Director of Photography, Creative Director, and Marketer. We are Los Angeles area photographers who do travel for some clients. We have been focused on building our brand Image Control Photography/I C Photo since 2013. We are honored to be covered in your publication Voyage LA.

I gained my dexterity needed for camera work from my father who was a photography hobbyist. He converted our family garage to a darkroom in the 1970s. Also, he was a certified mechanic among other things. He introduced me to a car company he thought I would like BMW. I worked with him as a mechanic in our mobile BMW repair service J & J Automotive. We come to you and fix your BMW. I also had an opportunity to go to Germany and learn to be a BMW Certified mechanic at age 17. So I am a BMW enthusiast and I have been for 30 years now. I refused the offer to go to Germany and I went to college. I used my degree to serve my immediate community of West Athens, Los Angeles, where I worked as an elementary teacher for 14 years. I gave my students a high-quality experience that helped them grow in skill ability capacity and self-esteem and social skills. All of these are well needed for all children and especially those in West Athens where we live. I was honored for my graduate work in Urban School Leadership/School Administration by The Honor Society of Phi Kappa Phi (John Grisham, Ellis Marsalis, Hillary Rodham Clinton). Hundreds of students affected at this time.

Now we live an entrepreneurial lifestyle as we are engaged in launching our businesses to ultimately gain more control over our financial future and that of our family in the future.

Intellectual property must be secured defended and protected just like any other type of property. So this is only one reason why we call ourselves Image Control Photography. One other reason is just how well we can control our resulting images when they are being made. There are other reasons but these are the most important.

Most of our best work is on our website as only some of it appears on social media. We have a new series that we will be releasing that is related to fashion as fashion is a love of mine. I have an uncle who is a tailor and he has turned me on to fashion magazines at an early age and he even got me a subscription to GQ for two years so I could get my eye “right” for fashion, the classic and where the industry is headed today. Since we are African American we support African American models photographers stylists makeup artists. Since we are apart of the Arts community as a whole we support many other creative professionals and artists as well. Our new series is one of the ways that we relieved some of the stress/ PTSD that my community is feeling in light of the most recent police killings.

Has it been a smooth road?
The smooth part is how well we work together as business partners and how well we know photography and the business of professional photography which we are lifelong students of. However, we have struggled with the transition to digital equipment and training is costly to acquire and time consuming to master. Also, exposure and portfolio building have been a slow process. Also, both Ke’isha and I have overcome health challenges and that has been daunting to approximate the true reality. Daunting is still mild maybe devastating. We have researched learned and gotten through some seemingly impenetratable barriers.

We have also suffered economic challenges after we were both laid off from our jobs post 2008. So the prospect of transitioning straight from a job to a business that has been fully funded and worked alongside a day job ceased to be possible in building Image Control Photography. We did apply for public assistance at one time during our toughest period economically. We also suffered housing discrimination and were wrongfully evicted thought we still won in court that day. We were unable to gain proper compensation. We have lived at both mothers in laws houses as we are at mom number 2’s home now.

Crooked tax professional have caused us trouble with the IRS on business taxes. Family members have been negative/unsupportive. The employment market has not picked up for either myself or my wife. We are both master’s degree educated and our resumes are strong. Resumes and experience are noteworthy. Still no hiring is being done.

So, what should we be on the lookout for, what’s next in store for you?
I look forward to doing many more shoots under Image Control Photography and making it a well known and well-respected brand for catering to our subjects, doing tough shoots and produced Nguyen iconic images. I plan to teach photography to youth and to adults who have a genuine interest in growth in their photography. I also want to emulate Stanley Kubrick and move from photography back into cinematography, directing, writing and producing for film and television/cable. I really want to reach the youth with I C Photo, as they are the brightest part of all of our futures. Also, ultimately starting a family foundation to aid the homeless and other underserved populations.

Let’s dig a little deeper into your story. What was the hardest time you’ve had?
After I was laid off from being an elementary classroom teacher of 14years, I was faced with difficulty. This was the most difficult part of my life. I had just gotten married 7 months earlier to my wonderful and world class wife, Ke’isha. It was difficult to maintain my marriage with such a daunting economic challenge. I spent my life’s savings at that time to launch our business, I C Photo. It was tough to decide what to buy and what not to buy. I really had to rely upon my best photography skills from the film era, simply because my equipment is still very limited.

I decided to return to my first passion of photography, cinematography, and filmmaking/TV. I have worked on several well-known projects and plenty of others that were not so well known.  So, I decided to use the vast experience I had gotten in my film school era to open my own company and shoot for myself. I have worked on the cult classic movie Friday, the Steve Harvey show, and the California Love (mad max) with 2pac Dr. Dre and Roger Troutman. All while enrolled in film school. I also took plenty of extra courses during college to get more out of my filmmaking program. So this took extra years for me to finally graduate.

Anyway, I bought the most sparse equipment that I could afford from Amazon and Samy’s Camera Fairfax and I began building my portfolio which I am always working on, I later found out. Bootstrapping has been difficult and with no job income, which is how most photographers make the transition from day job to photo mogul, it seemed nearly impossible. But now we are a DBA looking to go LLC when we get into profit mode. We are legit and registered with the County of Los Angeles. With virtual help from people like Zach and Jody and countless hours in photo seminars at Samy’s photo school and on the computer researching the business of photography and talking with my mentors who I mentioned previously and working together with Ke’isha on the structure of our business we managed to get to where we are. “Started from the bottom now we are here” LOL

What about “Wow-moments” – any moments that stick out? Any moments when you felt like you had made it?
At the end of 2015, we had the pleasure to have one of our clients, Ms Arietta Woods who received and honor from the NAACP the same year. She is a blind harpist, organist, and pianist who is the music director of her church for 30years. For us to take her and her beautiful harp on a location shoot and to capture the awesome images that we did was really a sign that things were working out just fine and that bigger and better things were to come. Shortly after she rehired us to do her holiday cards and we mailed them for her as well they were stunning.