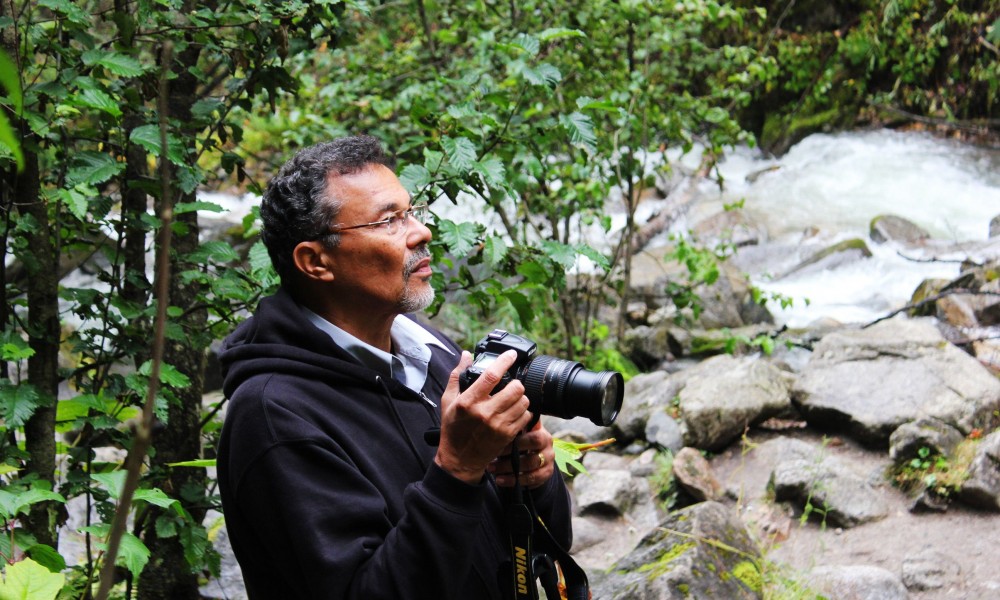 Today we’d like to introduce you to Bernard Nicolas.

Bernard Nicolas is originally from Haiti. His family emigrated to San Pedro, California in the 60’s. He later attended film school at UCLA, desperately hoping to learn how to inspire that elusive life-changing “prise de conscience”. He obtained a Master of Fine Arts and proceeded to have a 25-year award-winning career in film and video production. He is a well-traveled and superbly educated artist whose film work created several decades ago during the “L.A. Black Rebellion” era, has been exhibited nationally and internationally at prestigious sites such as the Tate Modern, the National Gallery of Art, the Toronto International Film Festival Cinematheque, and the Harvard Film Archive. In addition to Canada and the U.S., his work has been exhibited in France, Spain, Mexico and the UK. Along with photography, his other passions involve promoting mental health as a licensed therapist, digital art and being of service to his various communities locally and globally.

Has it been a smooth road?
There have been many struggles – one of my preferred sayings is “creativity comes from problem-solving!” – some of the struggles are internal such as staying motivated, accepting rejection, and affirming my value as an artist – other struggles are external, such as balancing jobs taken to “pay the bills” vs creating art that I have no clue if anyone else will love.

What’s your outlook for the industry over the next 5-10 years?
I think the lines between professionals and amateurs will continue to blurr and the lines between different digital media will also continue to overlap. VR (virtual reality) devices will likely be big in 5 years and people may well get an interactive VR version of their wedding or other event done instead of just photographs and video.

What has been the primary challenge you’ve faced?
My biggest challenge has been marketing because it is expensive to hire a marketing firm and doing one’s own marketing is psychologically challenging for artists who feel that marketing is a totally different mindset than creating art.

Let’s change gears – is there any advice you’d like to give?
I suggest one learn the history of the craft, be able to practice the difference between art and just good craftsmanship, be good at what you do and don’t be afraid to market yourself.

Image Credit:
All photos are copyrighted by Bernard Nicolas