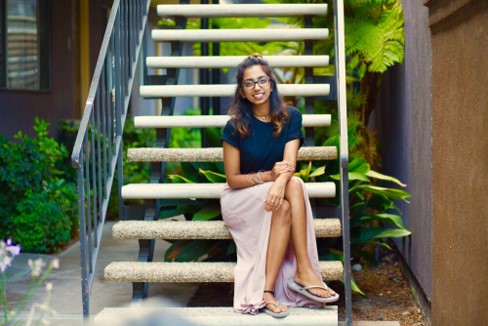 Today we’d like to introduce you to Soujanya Srinivasan.

Thanks for sharing your story with us Soujanya. So, let’s start at the beginning, and we can move on from there.

I think I might have been like eight or nine when I realized that I wanted to be part of movies. Then, I didn’t know how I could contribute but I remember I would be glued to the TV, watching every Bollywood movie that would be aired on different channels and admiring the dances and the costumes. I am an only child, and so, I would always manage to find time for myself when I would enact scenes from movies and dance around the house. I would even pretend like I was in an award show after raiding my mom’s closet but always made sure to carefully put everything back in its place so that I wouldn’t be caught. In hindsight though, its funny that I use to do that but I’m also proud of myself for wanting and dreaming something so far fetched and out of my comfort zone.

The reason I’m saying it was far fetched is because at that point, we were living in Bangalore, a southern state in India where almost everyone I knew were either Engineers or Doctors. And for a middle class girl like me, wanting to pursue a career apart from the mainstream ones, was a big NO. And so I told myself that I would just focus on academics and do well in that and be a successful engineer like everyone else. Except, no amount of self-motivation/ parental motivation/ counsellors’ guidance could suppress my inner voice. There was always something in me that told me to stick to my dreams but also to keep it under the wraps until I understood how I wanted to proceed with it. And so along with doing my academics, I tried to find my way to be around art as much as possible.

My dad being an engineer had to move around a lot and so I was raised in the Middle East for most of my life. After moving to Kuwait, is when I think I got a lot more confident about being involved in as much creativity as I could fathom. When my friends use to whine about making science projects, I remember I use to love going back home to my parents and discuss different ideas that I had about what to make. And my parents like me, would get super excited and do it along with me. We are a nerdy family, if you think about it! But our projects slowly grew larger in size and creativity and with the help of them, I realized my passion for photography. As we moved around and witnessed more people and cultures, I found myself being drawn to local stories of that town and the people from there. I started to like the idea of sharing these stories with other people and realized that thats why I loved movies so much. They could inform/entertain/make you feel things for either a real or fictitious person.

I don’t think my parents would like to admit this because they always wanted me to become an engineer or be in a more stable career path, but it’s because of them that I wanted to be in the creative field. They both are artistic individuals themselves and so they always encouraged me to be part of any musicals or dance shows and so, there I was, always ready to be on stage.

Bharatnatyam is a type of Indian classical dance that requires a lot of facial expressions, graceful movements and is weaved around stories about different characters that need to be portrayed on stage either with other dancers or individually. I use to love wearing those costumes and going up on stage with a mind and body full of adrenaline. And it was after one of these performances, as I was standing on stage taking a bow in front of hundreds of people, I realized that that little girl’s dream might actually come through one day. I knew I wanted to narrate and share stories through my dance and/or movies!

Telling this to my parents was the hardest thing I’ve ever had to do though. So I had to practice telling this to my cousin Sister who was the only person who knew about it and was so supportive of it from day 1! However, I wasn’t too surprised when they shut me down. I would have probably been alarmed had they said yes immediately. It was a path that no one we knew had treaded on and they were uncomfortable with taking that risk. So I put my dream on a halt again for two years when I studied Psychology as my major at Rutgers University. But I knew I had to show my parents that I was determined and that I was willing to take a risk, so I added Acting as a minor. That was my breakthrough point.

I wrote monologues, re-enacted scenes and found myself improvising and adding things to that scene that I thought would make it better. As soon as I was done with that semester, I dropped out, and to my surprise, my parents were the ones who told me to get into a Film school. I came to LA and did my bachelors at The New York Film Academy and learned to never be afraid of getting out of my comfort zone.

And since then, I’ve written and directed movies that revolve around real-life scenarios with  a tad bit of fiction to add a sense of drama. The characters I write, love taking risks and find themselves in uncomfortable situations all the time. Like my latest short, is set in India and is about a Middle-class housewife taking over the household finances from her jobless husband by breaking societal norms and taking an unconventional path.  I have also written a Feature film set in the 1990’s Gulf war, about a young Girl who is set on a journey to find her father amidst the war. And I aim to bring forth a lot more unheard voices and stories soon.

We’re always bombarded by how great it is to pursue your passion, etc. – but we’ve spoken with enough people to know that it’s not always easy. Overall, would you say things have been easy for you?

I think obstacles are what drive people to do better. I have faced and am still facing a ton of them. Getting over Self-doubt was a major struggle and I still sometimes struggle with it.

Ignoring societal pressures and expectations, and still fight to be who I want to be and do what I want to do, was and is still hard sometimes; only because being a girl and wanting to do something outside the comfort zone of what usually a girl from my society would choose as a career path, came with a million hawk eyes ready to point at the slightest of my mistakes.

Being one of the first people from my family to embark on this journey, it was a task to find my foot initially. But luckily with the support of my parents and friends who became my family in LA, helped me through the process. And working with directors and writers like Rushikesh Bhadane, Katherine Hussein, Karthik Menon and George Savidis, I started being more confident on set and learnt my way around things.

Having studied in so many different countries, I want to break any and all barriers to create good content movies that are about stories of real people and their lives. And I believe no story is too trivial to be shared.

So, what’s next? Any big plans?
I am looking forward to editing more films with different concepts that will entice the audience. And ofcourse, working with more creative souls.

And I’m really excited about my latest short film, The Green Thumb and hope to give the audience an amalgamation of Indian culture with some Western culture. 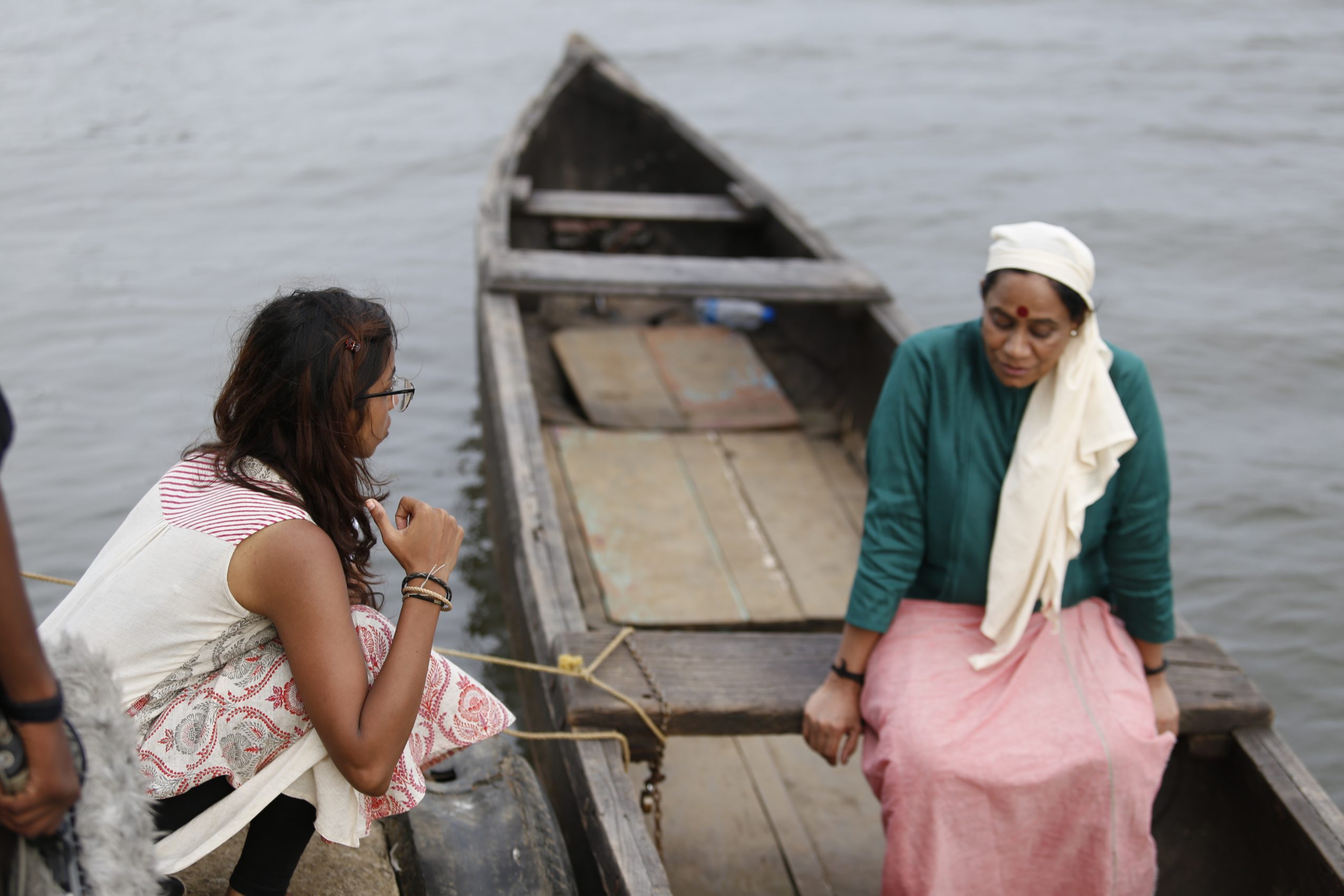 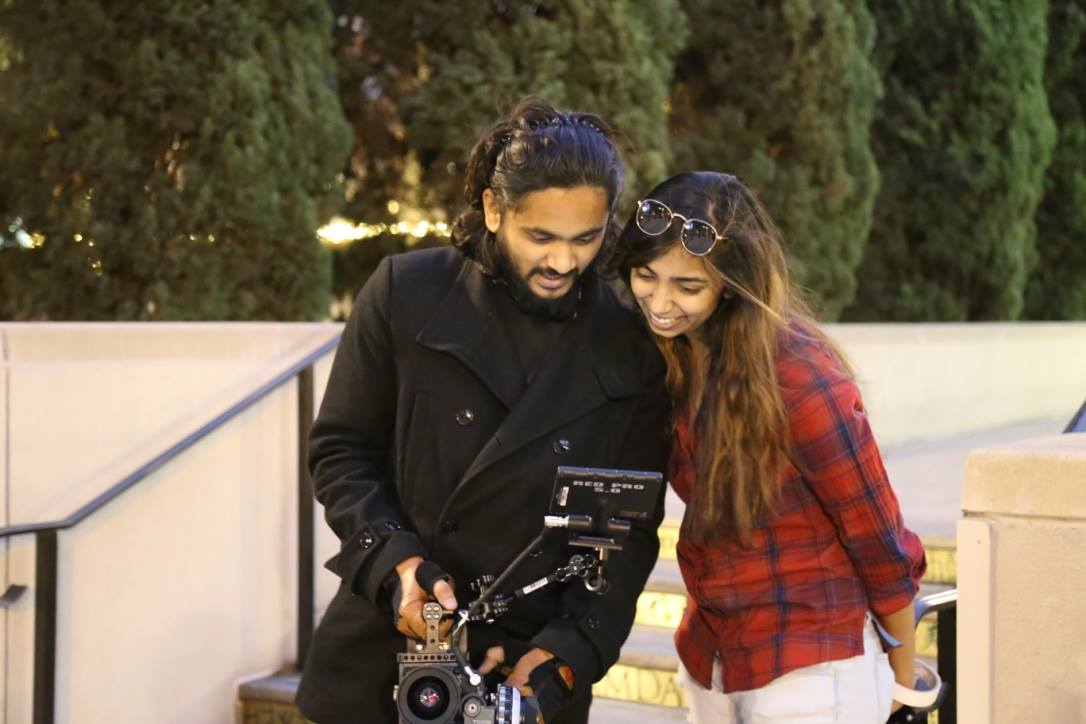 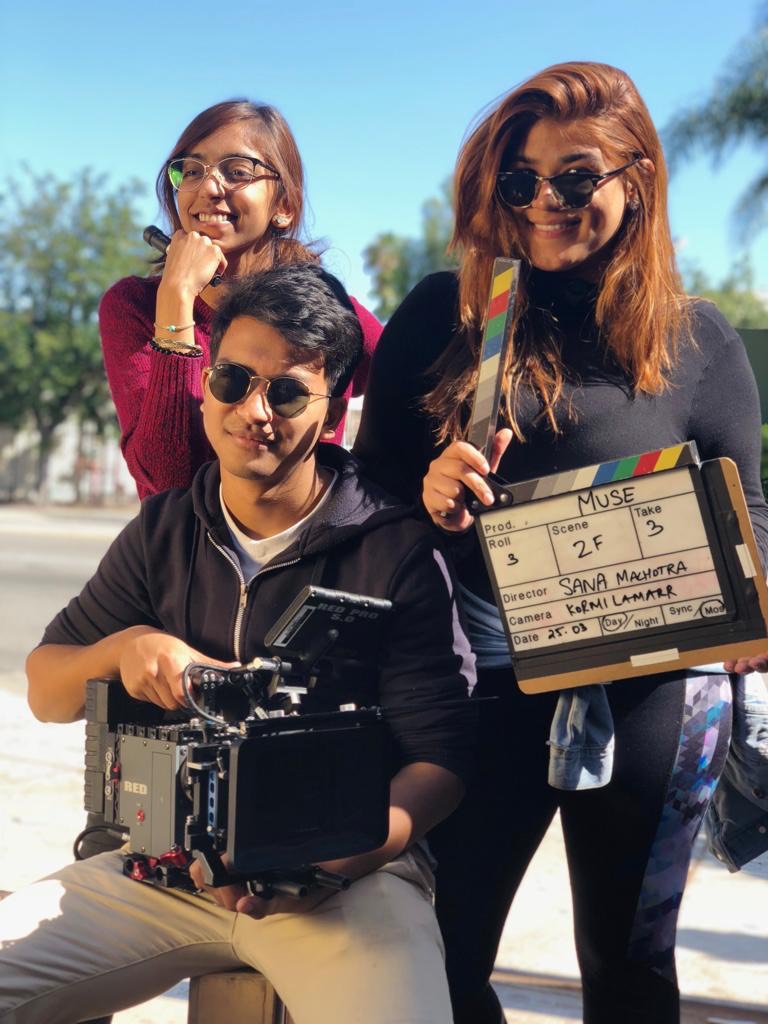 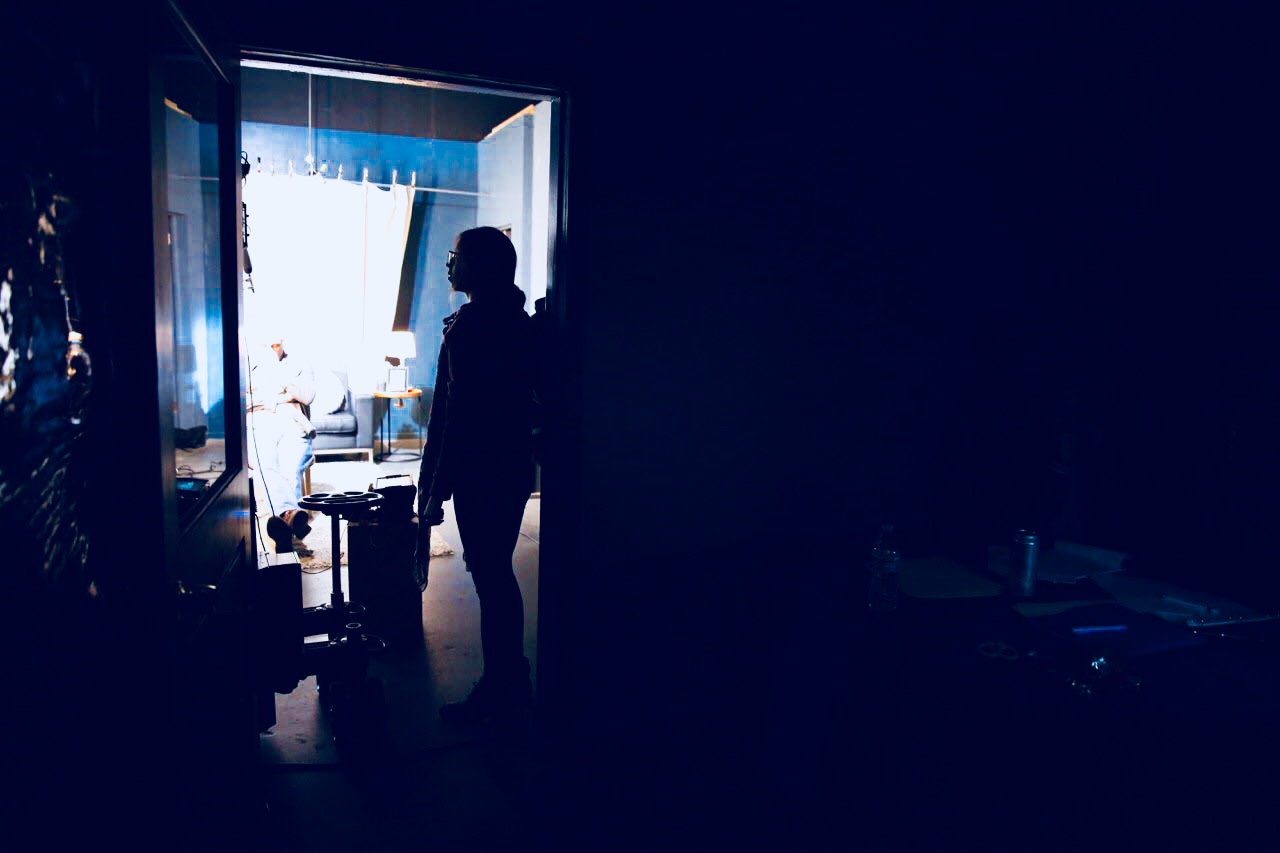 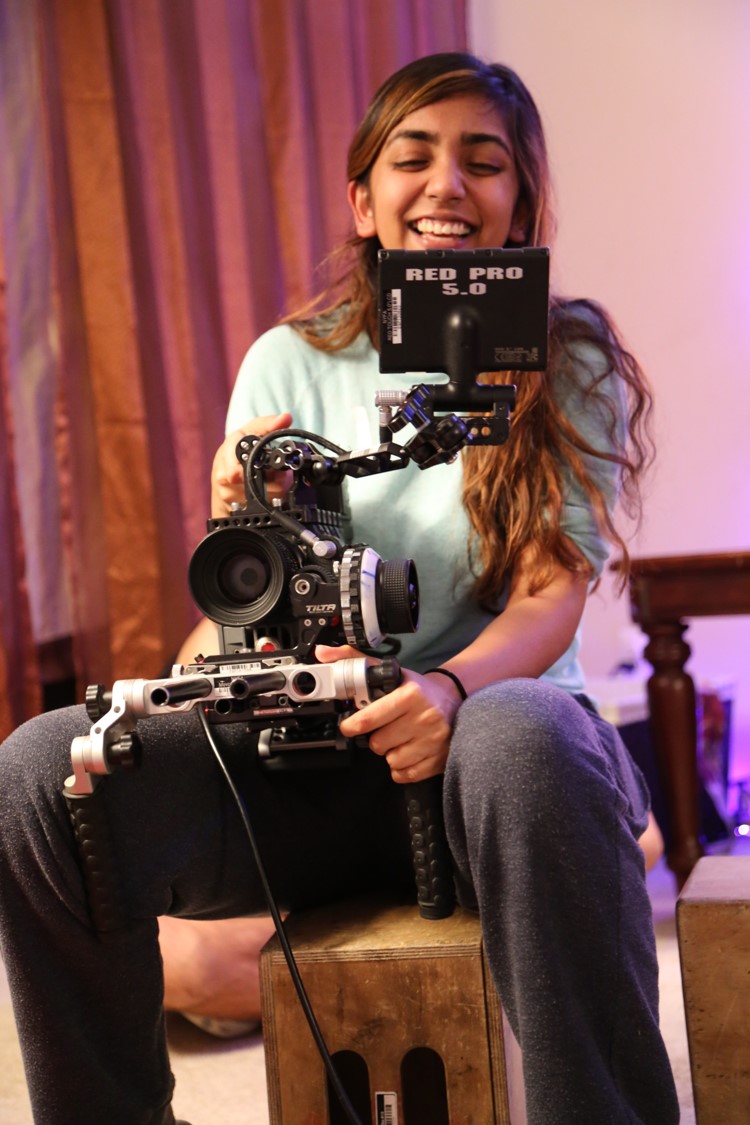 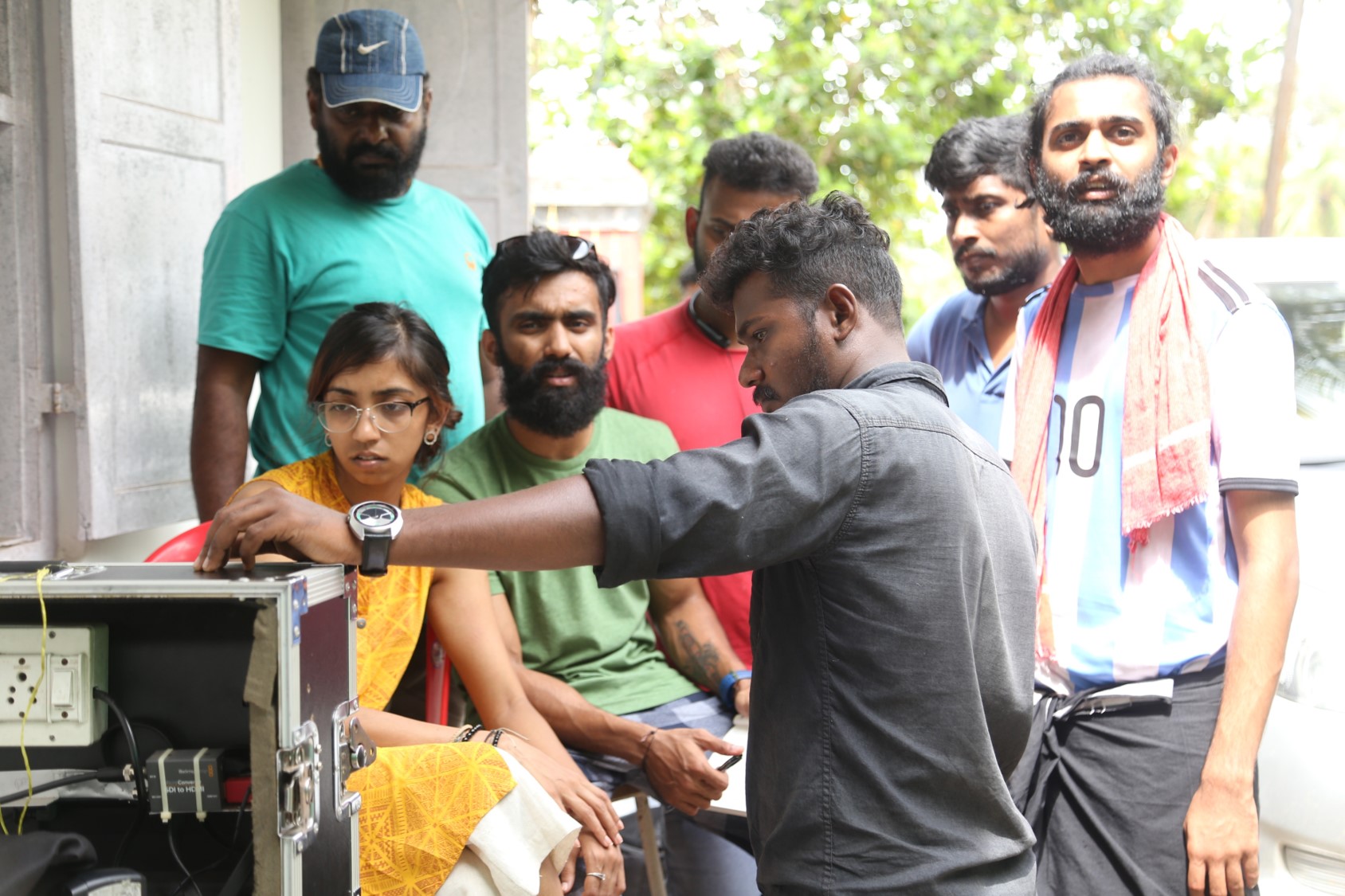 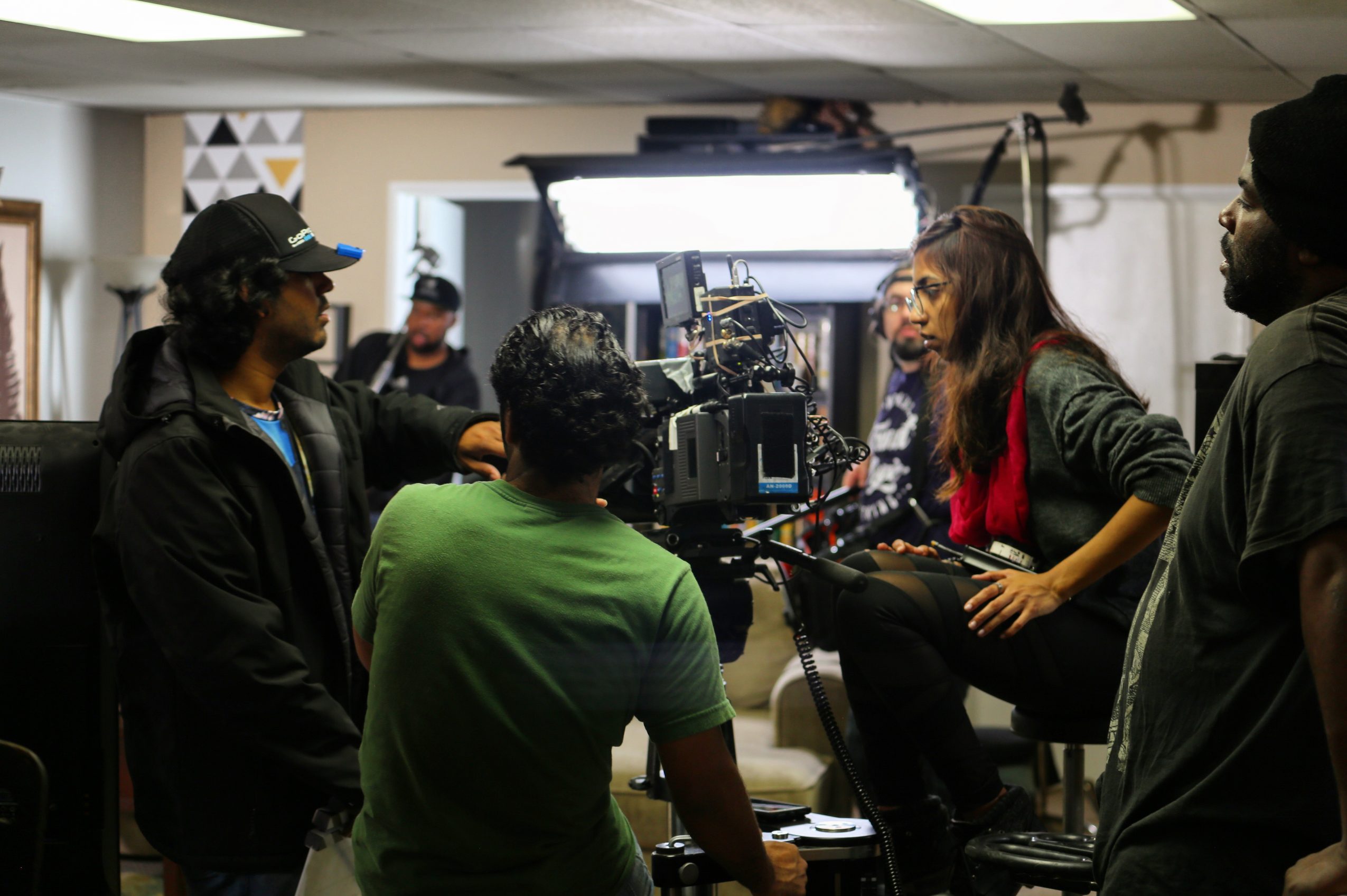 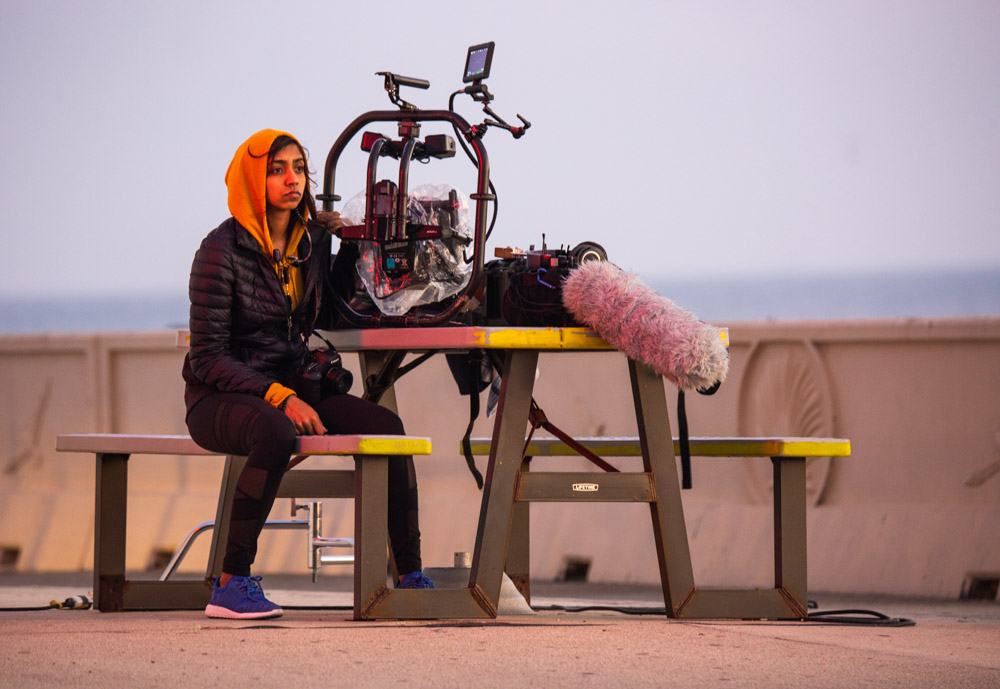