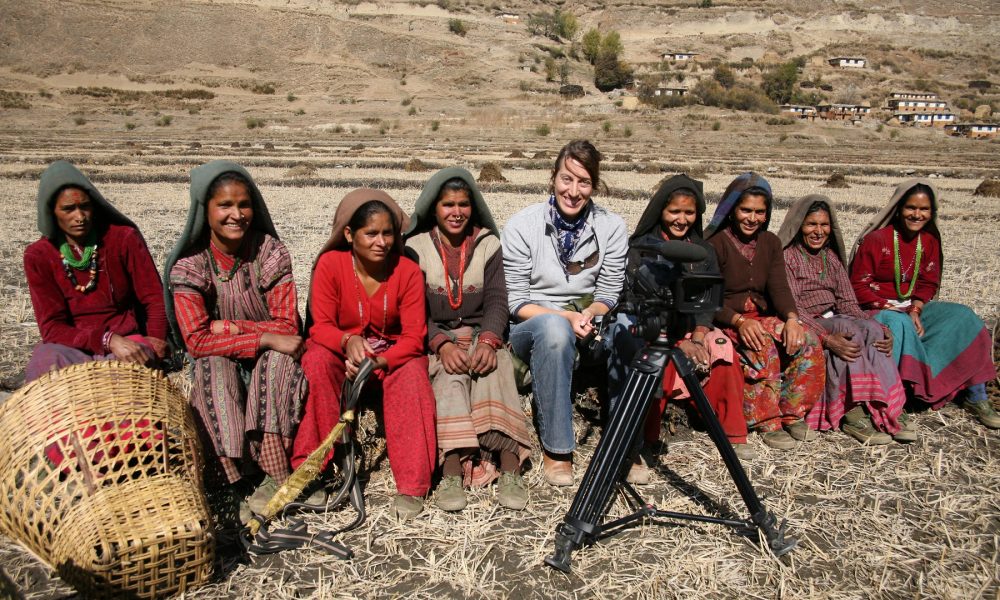 Today we’d like to introduce you to Sophie Pegrum.

Sophie, can you briefly walk us through your story – how you started and how you got to where you are today.
I am a British American director, writer and documentary cinematographer. I credit the ethos of California with imbuing me a motivating force which I draw on in all my creative endeavors. I have produced and shot films in the Antarctic, at the North Pole and in the Himalayas. My documentary films include “77 Below” and experimental “Come to the Edge”, shot on the Ross Ice Shelf in Antarctica and featuring artist Lita Albuquerque. The award winning “Talking to the Air: The Horses of the Last Forbidden Kingdom” was shot on the border with Tibet in the high Himalaya.

I got my start in the 1990s when I fell in with a band of renegade filmmakers in Venice who were shooting films regardless of constraint.  I wrote several features and ended up directing my first narrative feature film – “Dogstar”, a tragic love story between an otherworldly recluse and a misfit junkie which was billed as a rustic Colorado update of O. Henry’s The Gift of the Magi. Over a two week shoot with 16mm short ends and a couple of lights, I got to work with a talented AFI grad, Jaime Reynoso, as my first DP. I had a crash course in filmmaking.

Critics described the film as “pleasingly sensuous” and “There is a lilting grace to this low-budget indie”. And “This well-crafted, winsome fairy tale by writer-director Sophie Pegrum has an otherworldly quality reminiscent of Australian director Jane Campion.  Definitely a new voice in danger of slipping beneath everyone’s radar. “

My first film was equivalent to an instant film school immersion, and in an effort not to “fall under the radar” I continued to deploy my skills as a writer and cinematographer while simultaneously working as a producer and video editor on various documentaries and commercials.  I wrote a range of spec screenplays including: “Matadora”, a story about a female bullfighter; “My Best Friend Joe” for one of Elvis’s longtime friends.  I wrote “Billy Bones”, with a writing partner – we were a Scriptapalooza runner up.

My next major venture was in 2006, when I fulfilled a longtime dream, and went to the Antarctic as documentary filmmaker with a team of artists.  I directed and shot a documentary ”77 Below” about renowned artist Lita Albuquerque and her unprecedented sculptural installation on the Ross Ice Shelf.  Later I traveled to the North Pole as the filmmaker and photographer in residence on Russian Icebreaker, Yamal, documenting the second half of Lita’s global artistic endeavor.

In the last decade I co-created two production companies, one based on creating niche equestrian films, and the other based on social justice documentaries. Both have afforded me an incredible life of travel experiences and the creation of many beautiful films which tell remarkable stories.

Recently I cut together an experimental short film my impression of the Antarctic experience called “Come to the Edge” – a celebration of the 10 year anniversary of that project. In the last few years I co-directed and lensed the award winning documentary “Daughters of the Curved Moon” shot in remote villages in West Nepal. I also shot another upcoming doc directed by the late Stephen Fisher, entitled “Indian Country” on the Paiute Shoshone in the Owen’s Valley and have also shot another documentary on the maverick and youthful horsemen living nomadic lives in Kyrgyzstan.

As well as the documentaries I am directing and shooting with Shakti Pictures and Horsefly Films Rare Equine Trust, I have also recently made a full circle return to narrative screenwriting, and am developing several scripts.

Great, so let’s dig a little deeper into the story – has it been an easy path overall and if not, what were the challenges you’ve had to overcome?
Obstacles are an opportunity to learn. I’ve always loved film and the collaborative art of filmmaking, and was determined to become a visual storyteller. My immersion with a group of guerrilla filmmakers back in the 90s afforded me the opportunity to learn more deeply whatever I decided I wanted to commit my time too, including editing, directing and cinematography. But I also had to make a living.

In some ways I probably have fallen under the radar in terms of “Hollywood” success stories. I’ve done many jobs to pay the rent, though any extra time I had was dedicated to learning the craft and developing my creative voice.

At times, getting a foot in the door seemed insurmountable, and so my move into documentary filmmaking and shooting my own projects afforded me a freedom and a way to continue telling important stories. Wearing a lot of different hats and working with other independently minded people is incredible, though sometimes exhausting. One of the greatest challenges has been facing the many rejections that are an inevitable part of the business, but I have also learned that a “yes” will eventually come.

We’ve all had that “crying in the bathroom” moment on jobs, but yet, as creative humans we must always listen tune back into the drumbeat that says “create or die”. No matter what, if it means you have to carry your camera gear up a mountain to get the shot, you do it.

I’ve worked in many remote and poor places in the world, and draw deep inspiration from the women and men of the world who not only have true struggles to survive, but maintain such positive human spirit while doing it.

Alright – so let’s talk business. Tell us about sophiepegrum.com – what should we know?
Along with Miranda Morton Yap, I co-founded Shakti Pictures  – a documentary film production company with a social justice focus,  which has produced three films in Nepal –  “Daughters of the Curved Moon”, “Talking to the Air: The Horses of the Last Forbidden Kingdom” and “Pink Tiffany”.

I also co-own and run Horsefly Films Rare Equine Trust, with a longtime friend and filmmaker, Jen Miller. As well as promotional films for world class equine clientele worldwide, we are producing, through our “Rare Equine Trust” a series of documentaries focused on rare horses and vanishing equine cultures.   Our films include “Path to Glory”, “Tarpan”, “Of Gods and Kings” and “Talking to the Air”. We have also produced commercial work for NGOs and commercial enterprises.

Sharing the stories of people that have not had a voice, and in the case of Horsefly Films Rare Equine Trust, the animals on the backs of whom our civilizations have been built, is the unique thread that ties much of this work together.

Working with other strong and creative women in a business which has often bypassed our efforts has set us apart. Our films have been celebrated for their beauty, intelligence, craft, and, most importantly to me, have been used to bring awareness to issues which deserve cultural discourse.

Is there a characteristic or quality that you feel is essential to success?
Maintaining a sense of wonder. And tenacity. 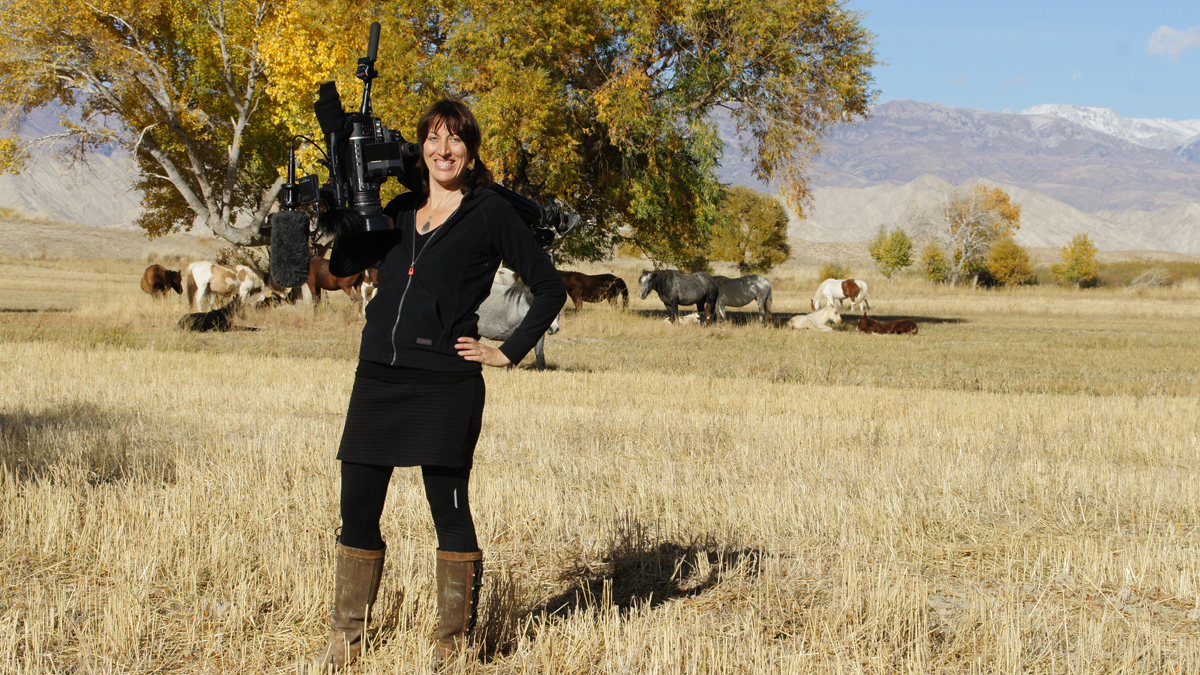 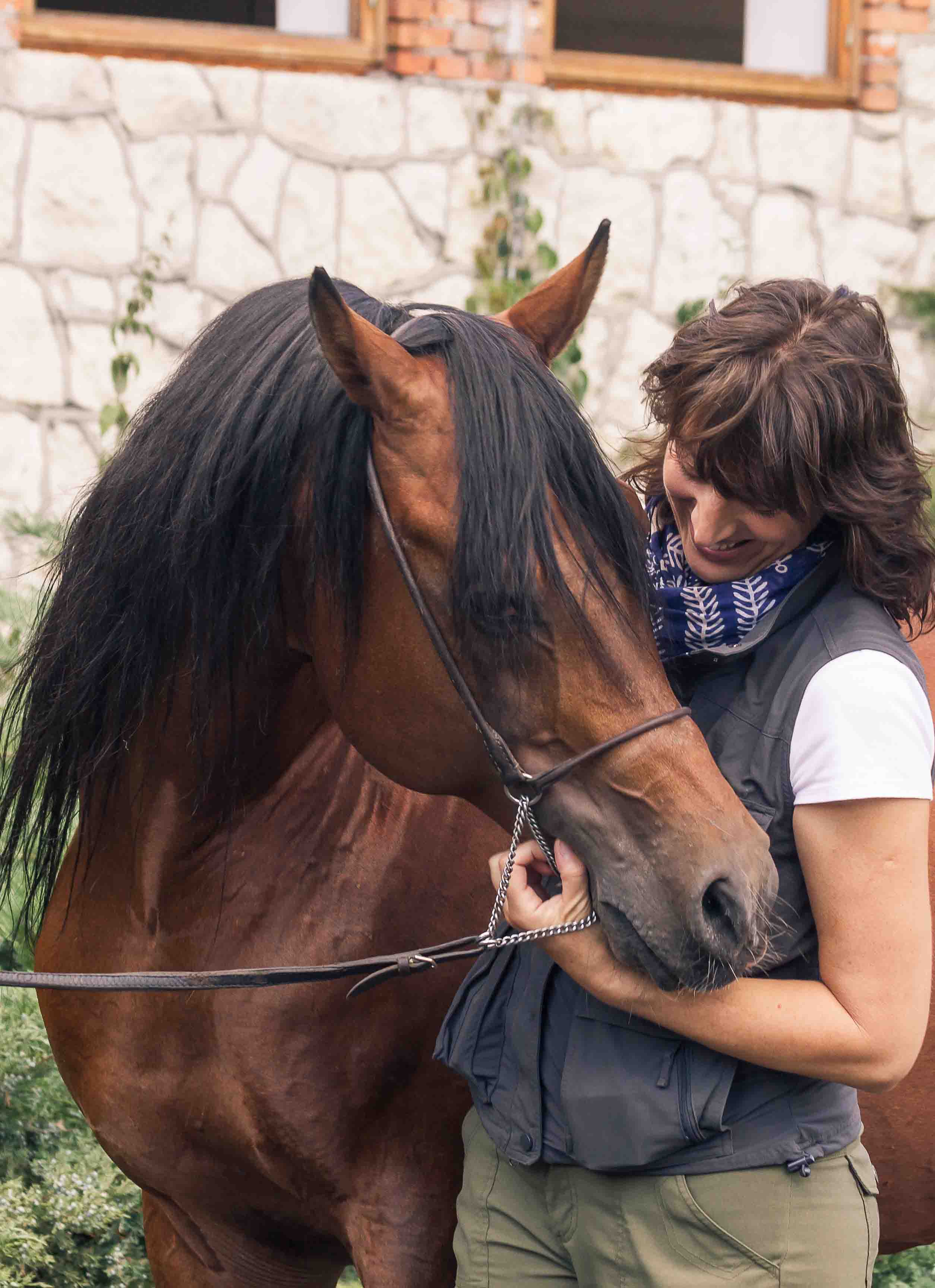 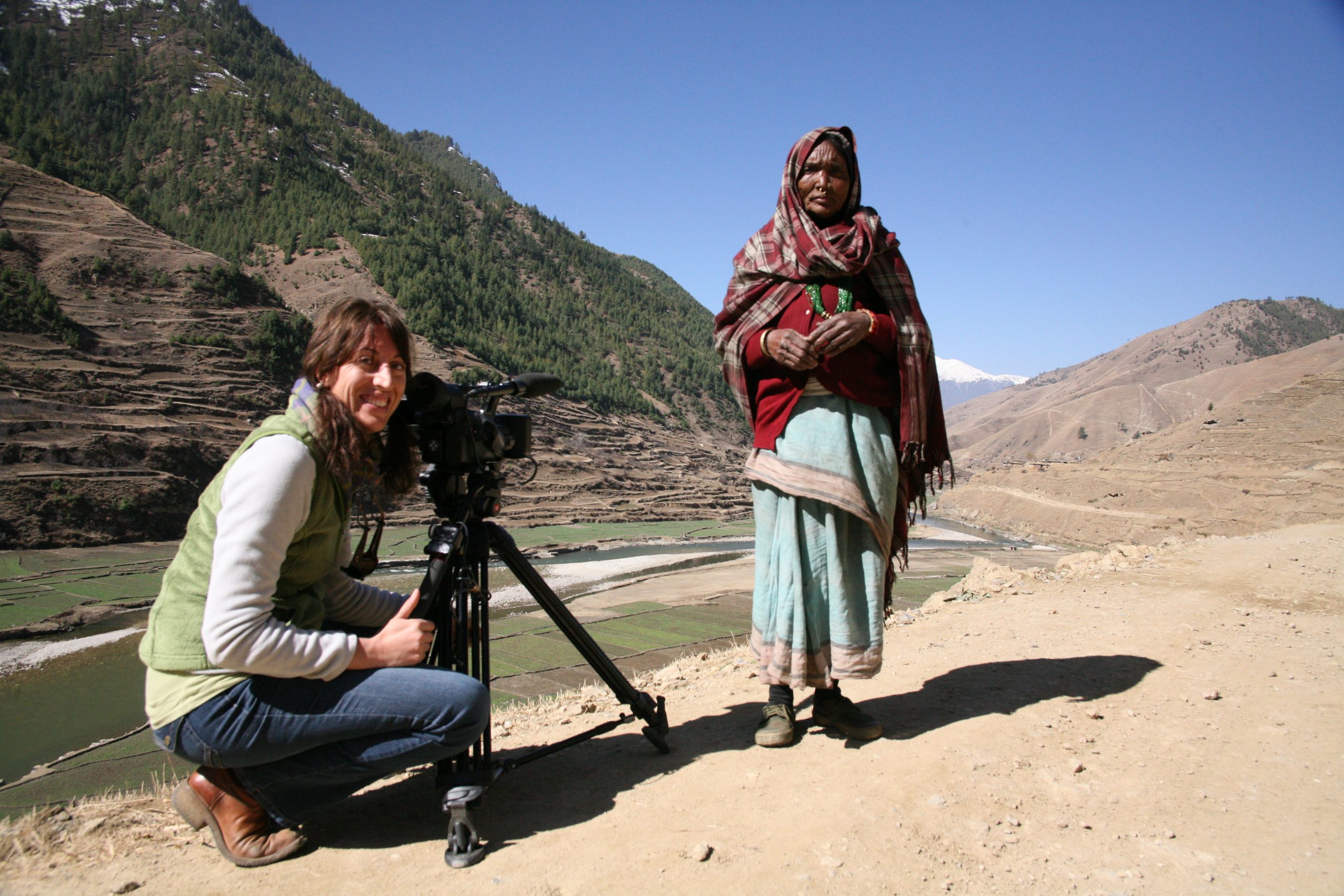 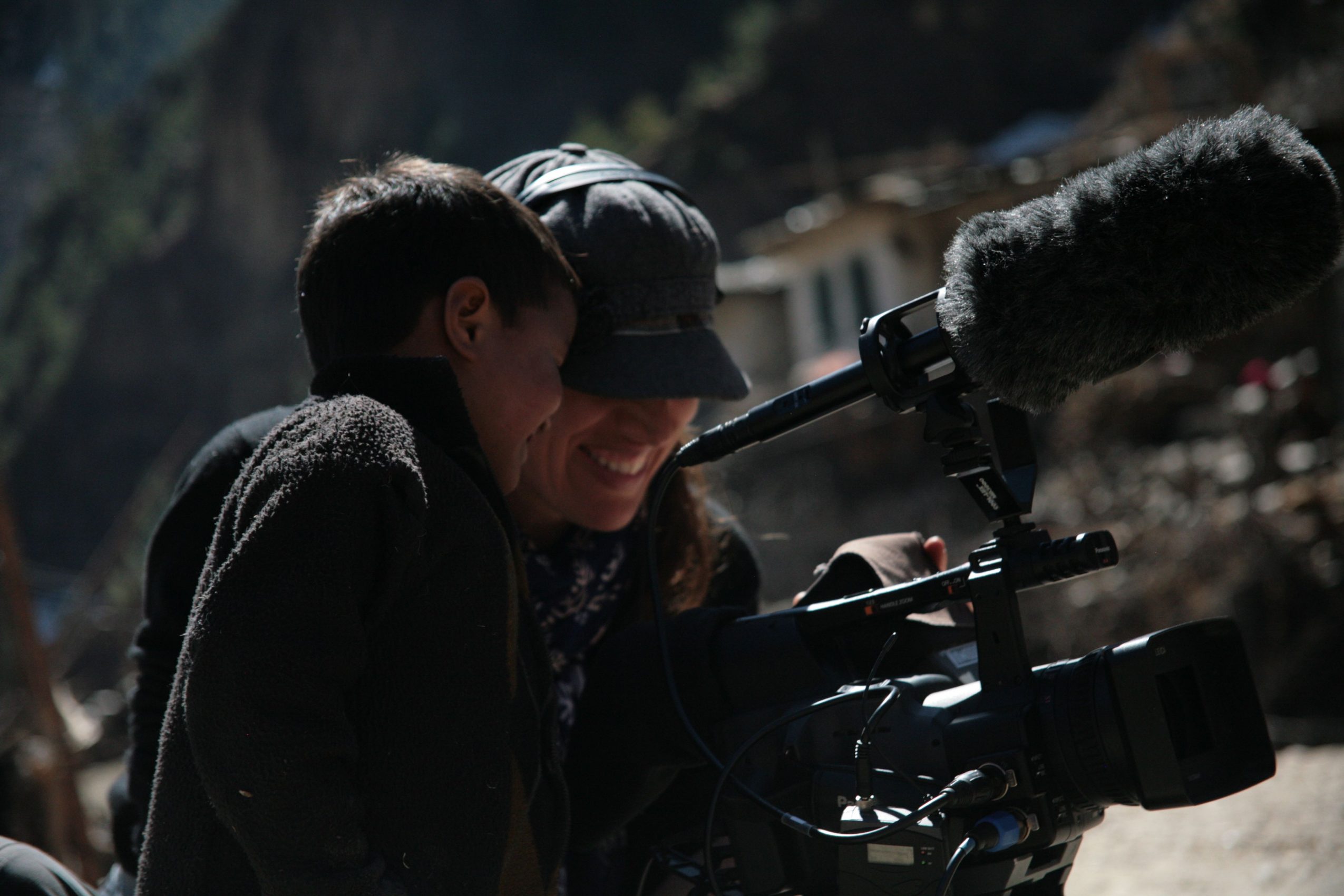 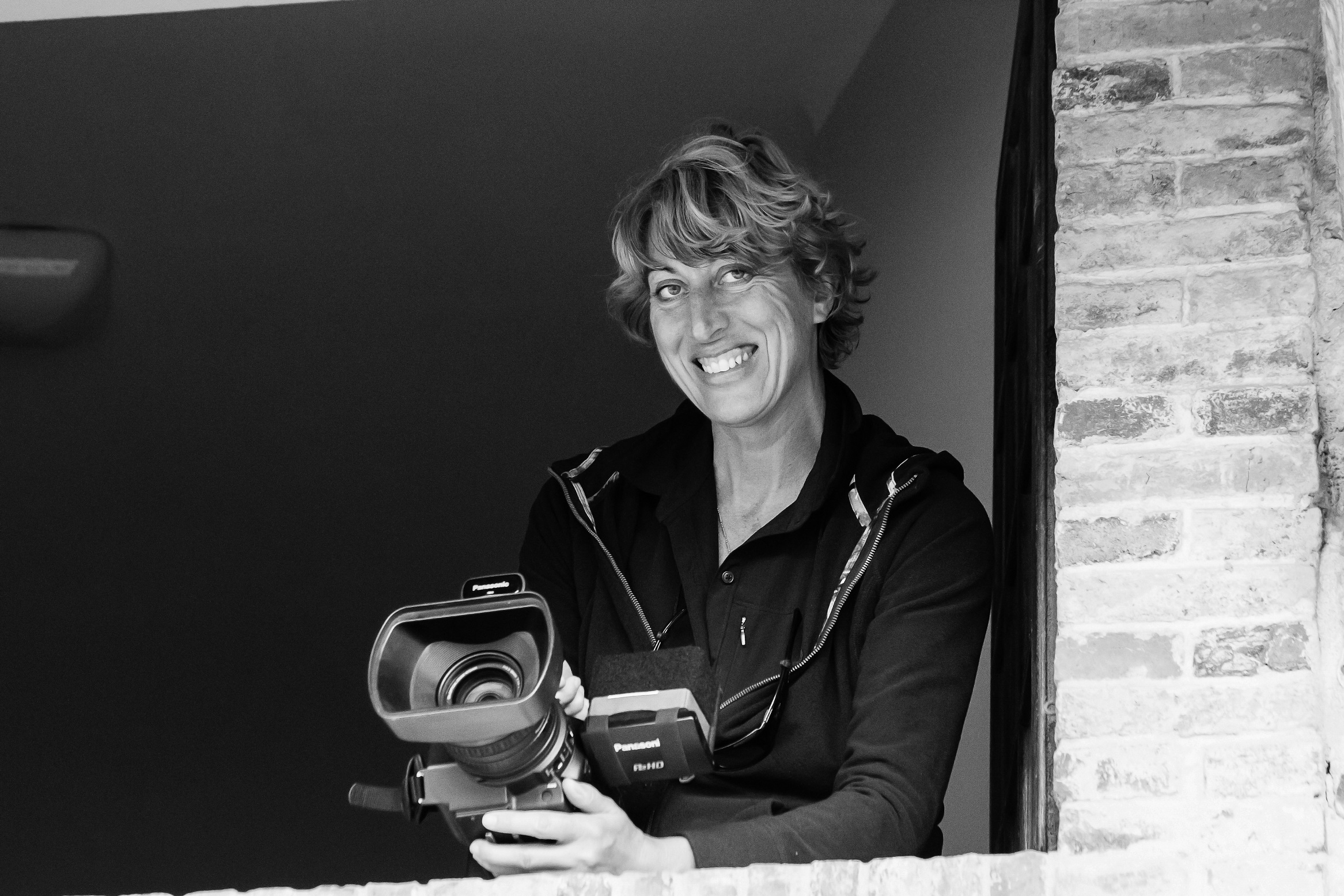 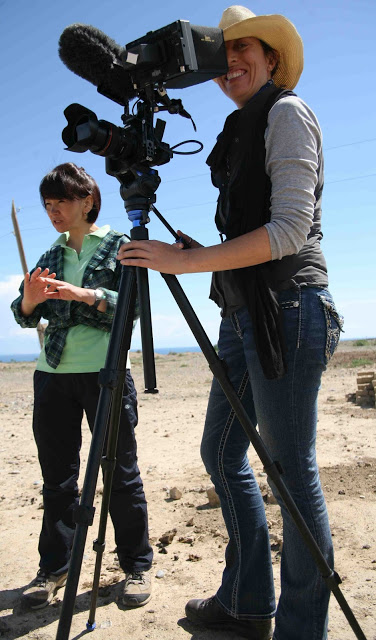