Meet Sophie Lovejoy of Sant and Abel in Beverly Hills 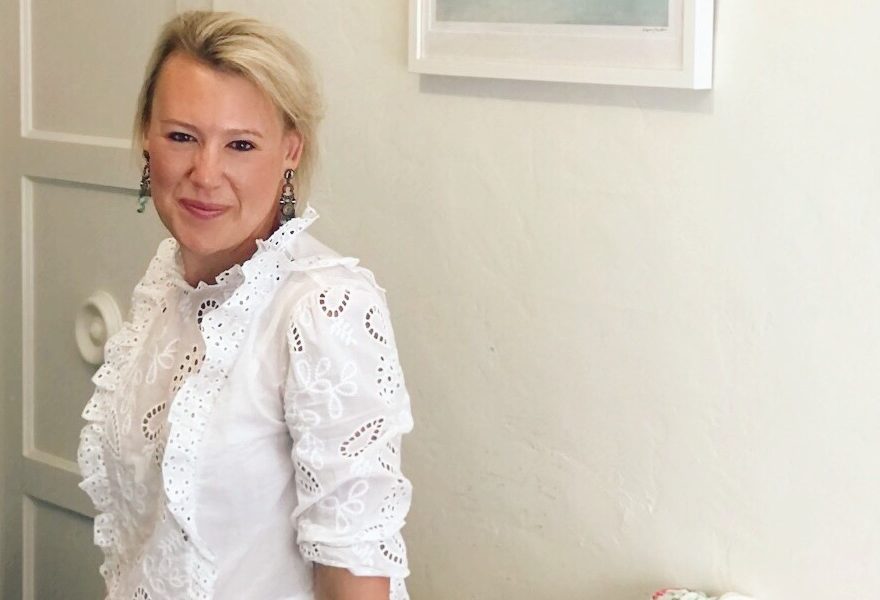 Today we’d like to introduce you to Sophie Lovejoy.

Sophie, please share your story with us. How did you get to where you are today?
Before starting my pajama company, I was a TV producer working in Melbourne, then New York (20/20) then Sydney. I adored my job with 20/20, but when I returned to Australia, the work I was doing in TV wasn’t nearly as challenging.

In 2010, I was getting itchy feet and I wanted to start a project “on the side”. I was really fascinated by the evolution of the ecommerce industry. My mum has an incredible homewares store in Adelaide, Outdoors on Parade, which she’s had for over 35 years. I began brainstorming ideas with her for my side project. She said her collection of men’s boxer shorts (a small add-on gift in her entire product range) were decreasing in quality. I thought that would be an easy product to replicate, and lightweight to ship to online customers. I also knew which designs she liked.

I proceeded to research the men’s boxer short industry and what I discovered was that there was a large gap in the market for attainable luxury pure cotton pajamas for the whole family. There were several pajamas available for women, hardly any decent ones for men and most kids were made out of polyester.

Conveniently, my eldest brother had recently moved to Bali, so I took three weeks off work and went over there in March 2011 to begin my first production run. I taught myself everything from scratch. Making patterns, understanding fabrications, requirements of manufacturers… even finding a trustworthy manufacturer in the first place!

I launched in August 2011, with the intention of selling only online and in my mum’s store while pursuing TV. Within three months I was selling to eight other stores who stumbled across Sant and Abel. By 2012, I left TV and made S&A my full-time job.

I made so many trips to Bali that I ended up running my Australian company remotely from there for the most part. I thought if I can run it remotely from here, I can run it from the US. I was eager to get into the much bigger US market and also be amongst a forward thinking, fast paced entrepreneurial environment early on in my company’s growth.

In August 2013, I moved to LA to set up the US arm of my company. I’ve been here ever since and it’s the best move I’ve made.

Great, so let’s dig a little deeper into the story – has it been an easy path overall and if not, what were the challenges you’ve had to overcome?
Absolutely not! But I’m really glad it’s been the roller coaster that it has. As clichéd as it sounds, it’s the only way you truly learn.

From the supply chain aspect, it’s been challenging. I’ve dealt with untrustworthy manufacturers over the time who have delivered months later than promised, incomplete quantities, different designs from what we signed off on etc. Ultimately the buck stops with me so it’s hard not to get stressed about it. I now do my manufacturing in China, LA and a small amount in Bali and we have a very smooth supply chain in place. But, it’s taken a lot of trial and error to get to this point.

There were also struggles with my move to LA. I spent the first twelve months setting up meetings with buyers who, for the most part, canceled as I pulled into their parking lot after a one hour commute in peak hour traffic! Or I met with them and they simply said no. Initially, it was deflating and I would go to bed at night questioning what on earth I was doing here! At this point, a lot of people pack up and go home. But ultimately, there was no way I was quitting. I believed in my product and my brand and I was determined to find ways to make it work.

You have to earn your stripes in this town and you have to be resilient and persevere. Soon enough, you get a win and it’s enough to spur you on. So I kept focusing on my little wins, despite the struggles in between. There will always be struggles and challenges, that part doesn’t change. But how you learn to handle them does change.

Sant and Abel – what should we know? What do you guys do best? What sets you apart from the competition?
Sant and Abel is a luxury sleepwear company for women, men, and children. It stands alone as a new generation of sleepwear who prioritizes quality with gorgeous, colorful and stylish designs. These designs come in the form of boxer shorts, sleep shorts, pajama pants, tops, shirts, robes, bloomers and snug pajama sets, with every single item adding personality and style to the entire sleepwear experience.

The collection is made from pure natural fabrics including cotton poplin, cotton jersey, and linen, all of which are breathable, lightweight and luxurious on the skin.

Sant and Abel is known for being a leading supplier to the top luxury hotels and resorts in the USA. As a relatively unknown sleepwear brand from Australia, I’m incredibly proud that not only are we recognized in this caliber, that we have also been able to take it to another level and exclusively collaborate with some of the most iconic hotels and influencers in the world.

These collaborations have allowed the personality and piquancy of the Sant and Abel brand to be shared amongst a wider, influential and affluent market and I’m immensely proud to have these opportunities.

What moment in your career do you look back most fondly on?
As mentioned above, my proudest moments have been the partnerships I have single handedly created. Given that in 2013, no one in the US had ever heard of this Australian brand Sant and Abel and that my initial meetings with buyers eventuated to nothing, I’m so thrilled that I can now, in 2018, look back and see that I have set up partnerships with all of these iconic brands on my own, most of whom I approached cold without an introduction.

In each case, these exclusive collaborations have been worn by a number of celebrities including the Hadids, Jenners, Kardashians etc (the girls even wore it on their show). I certainly never imagined that would happen when I set this company up as a “side project” in 2010!

Of course, none of this ever happens overnight but if you’re prepared to be in it for the long haul, which I absolutely am, then magic appears! 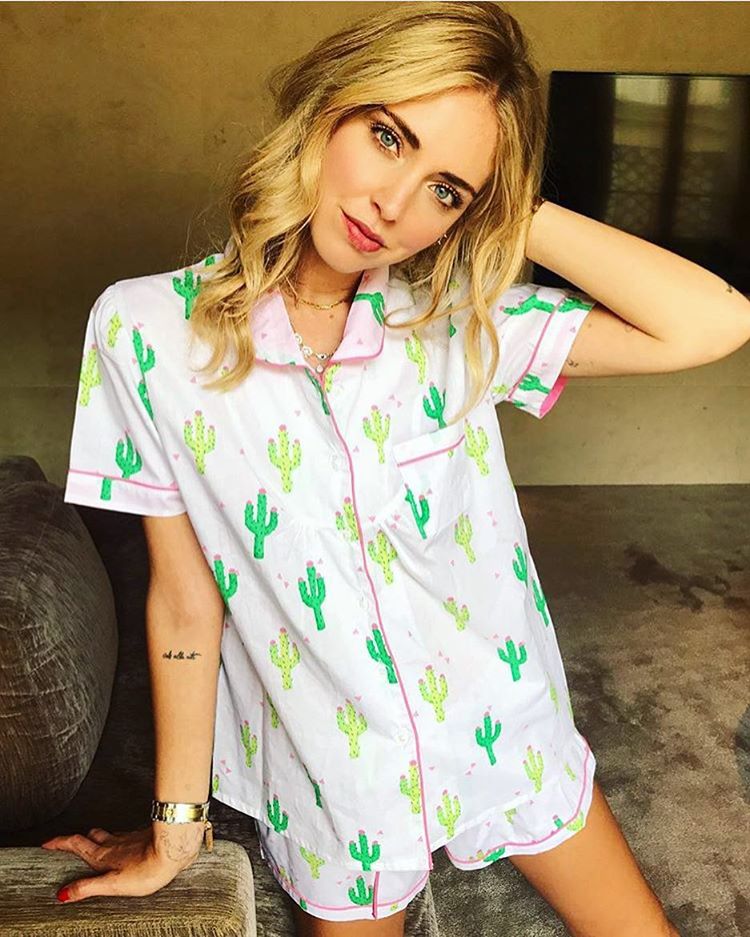 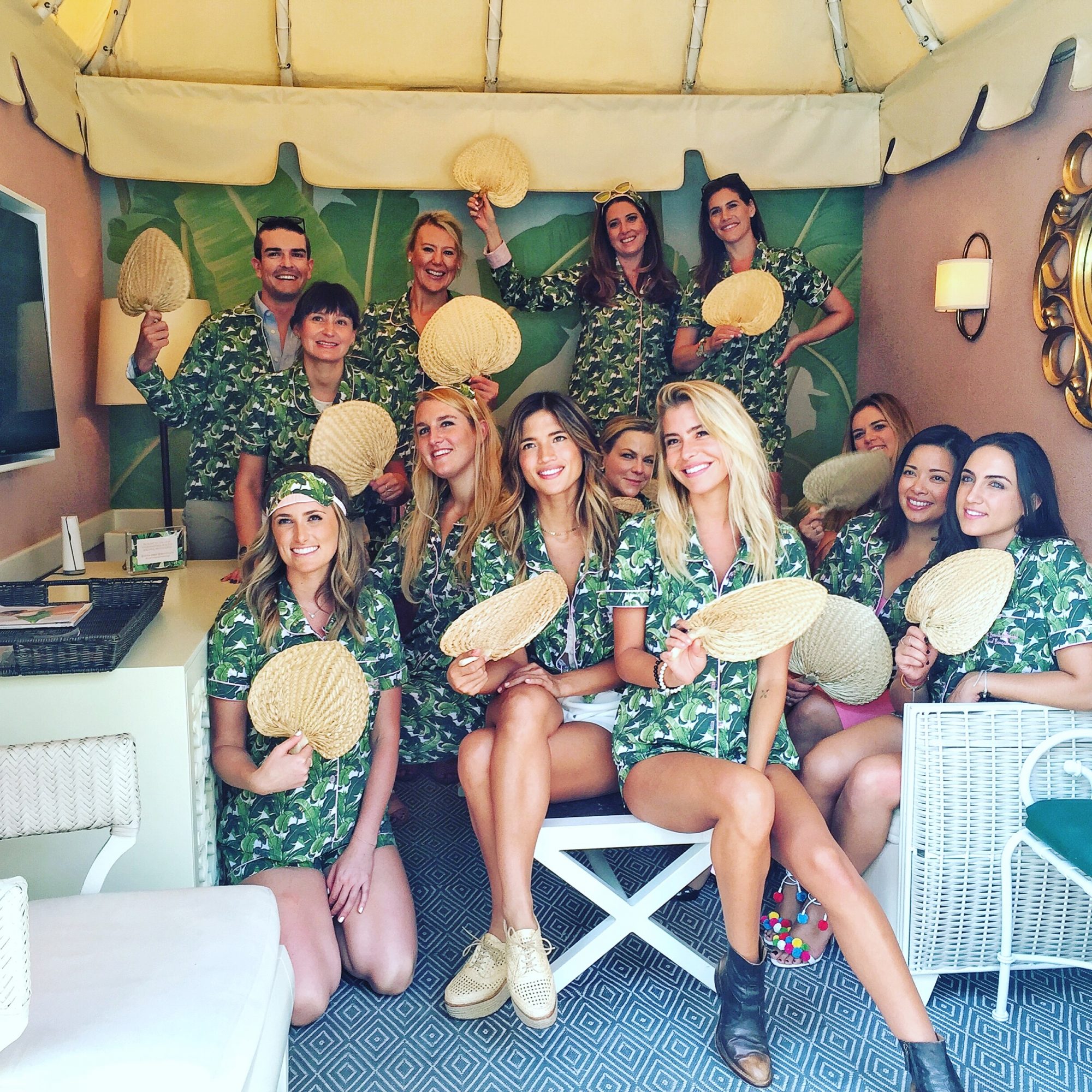 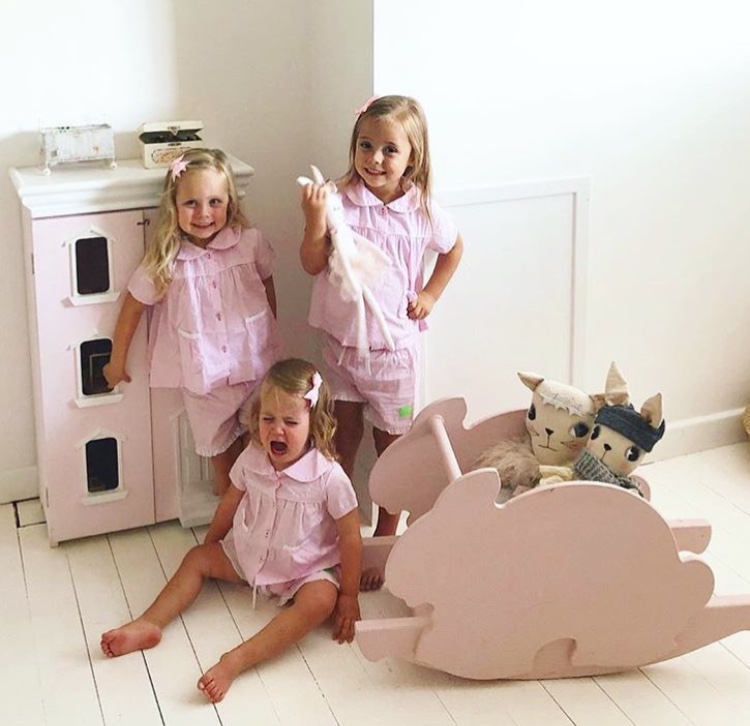 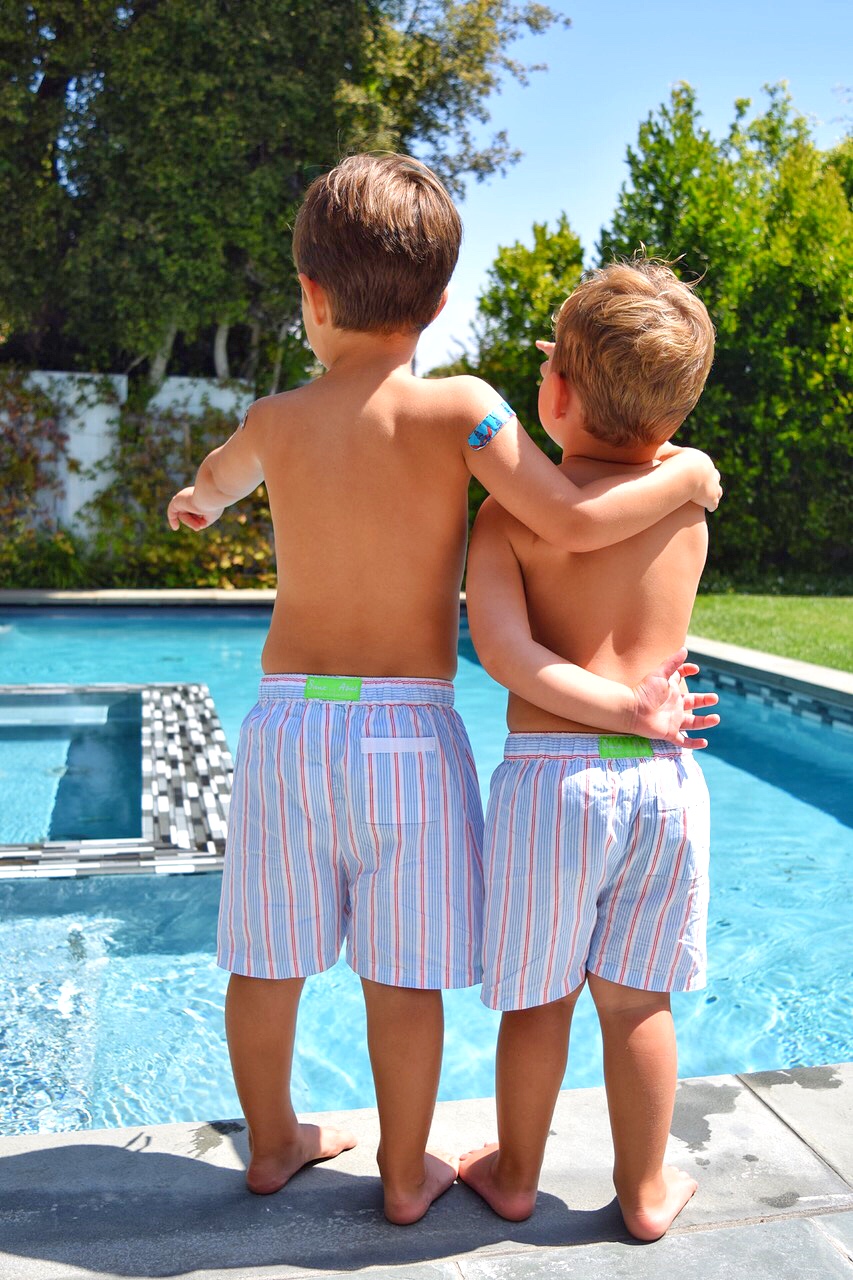 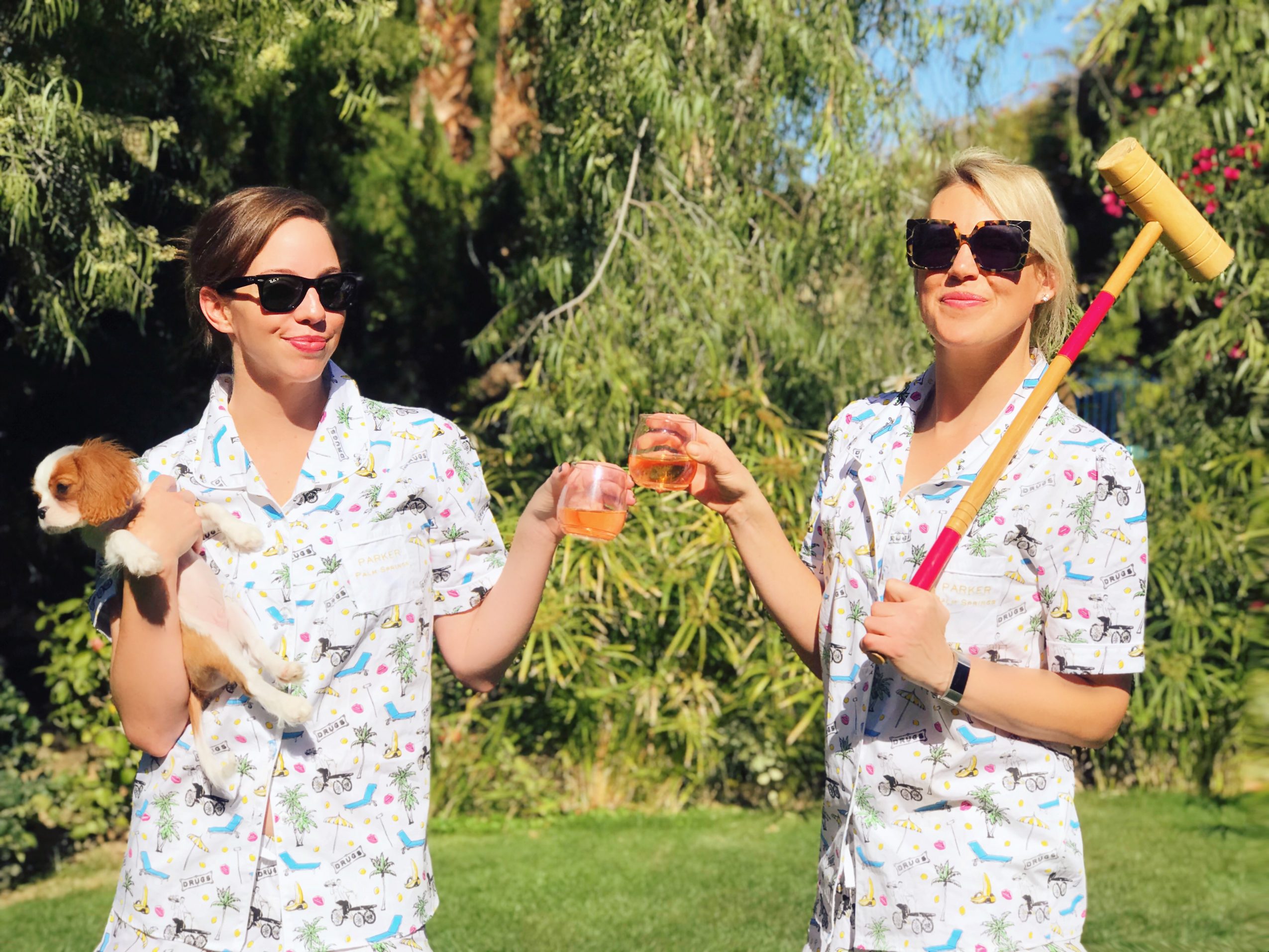 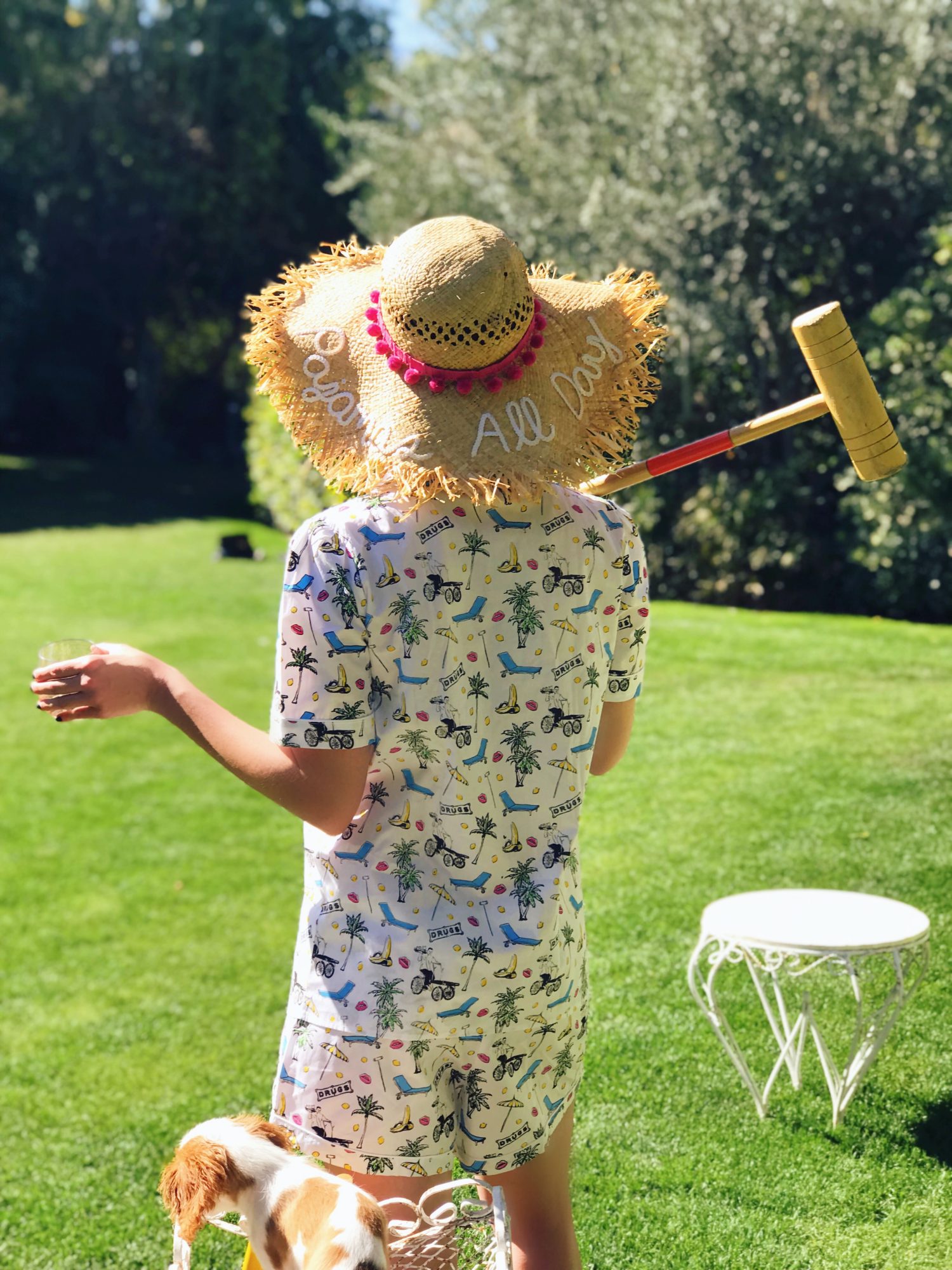 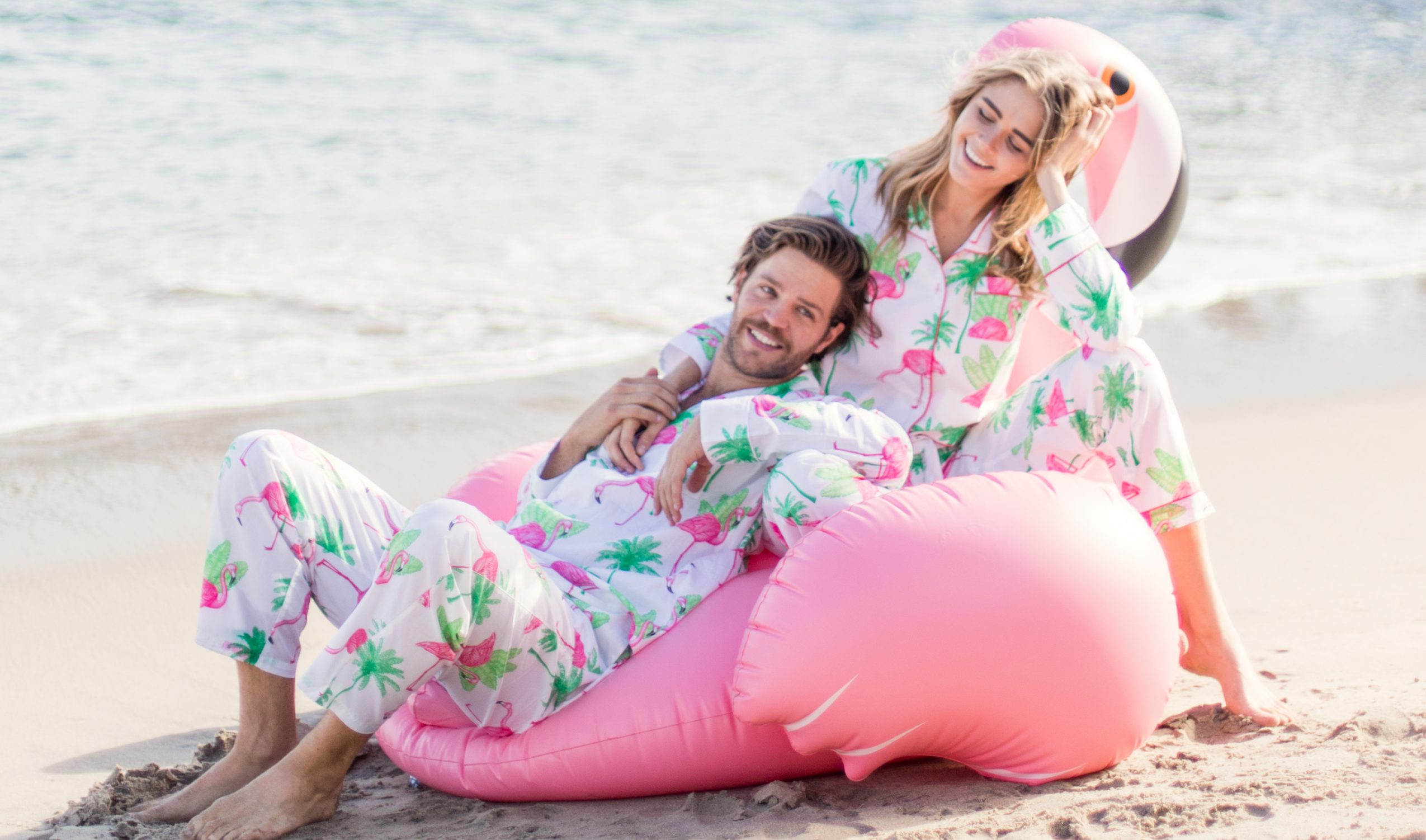 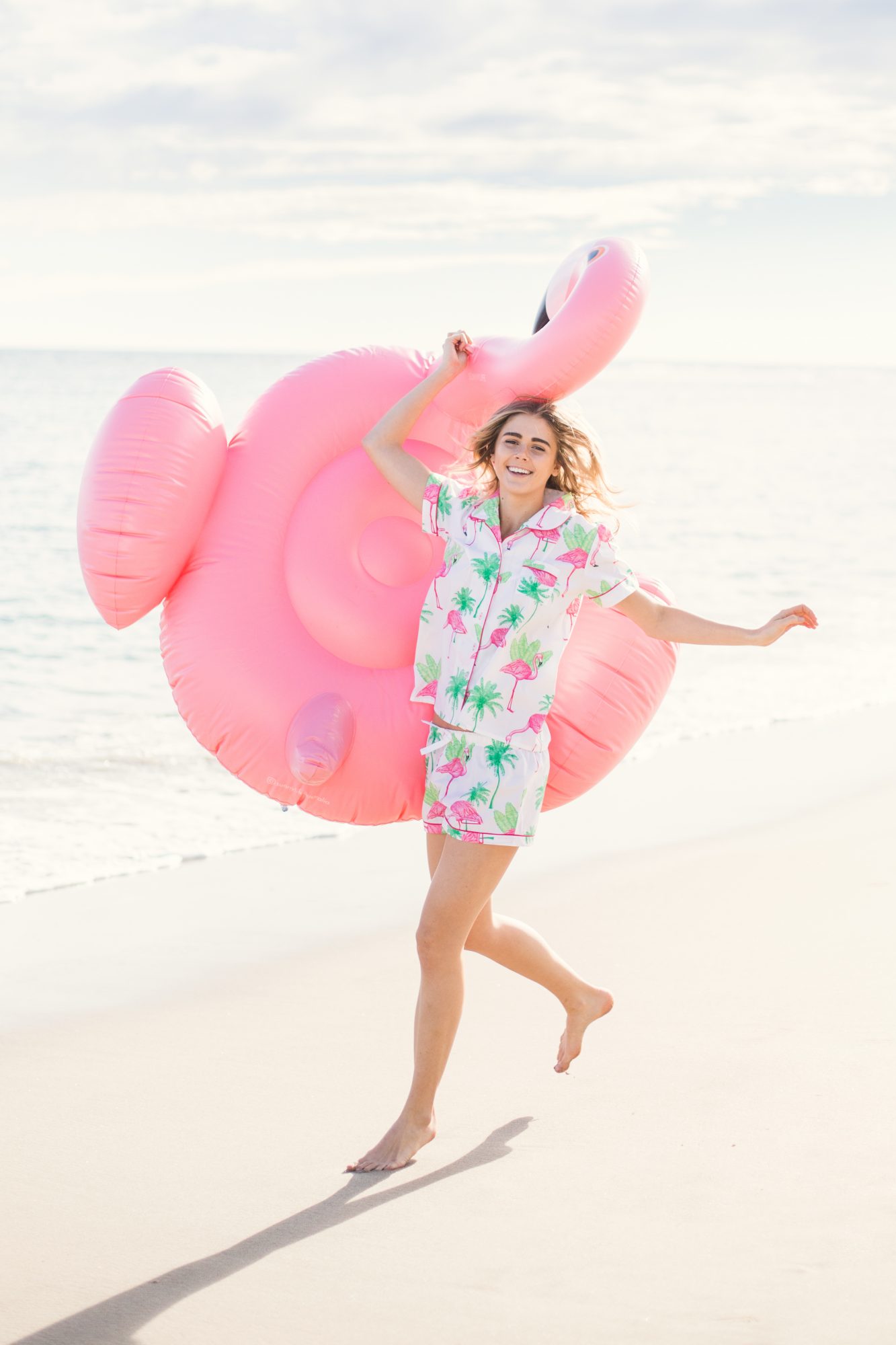 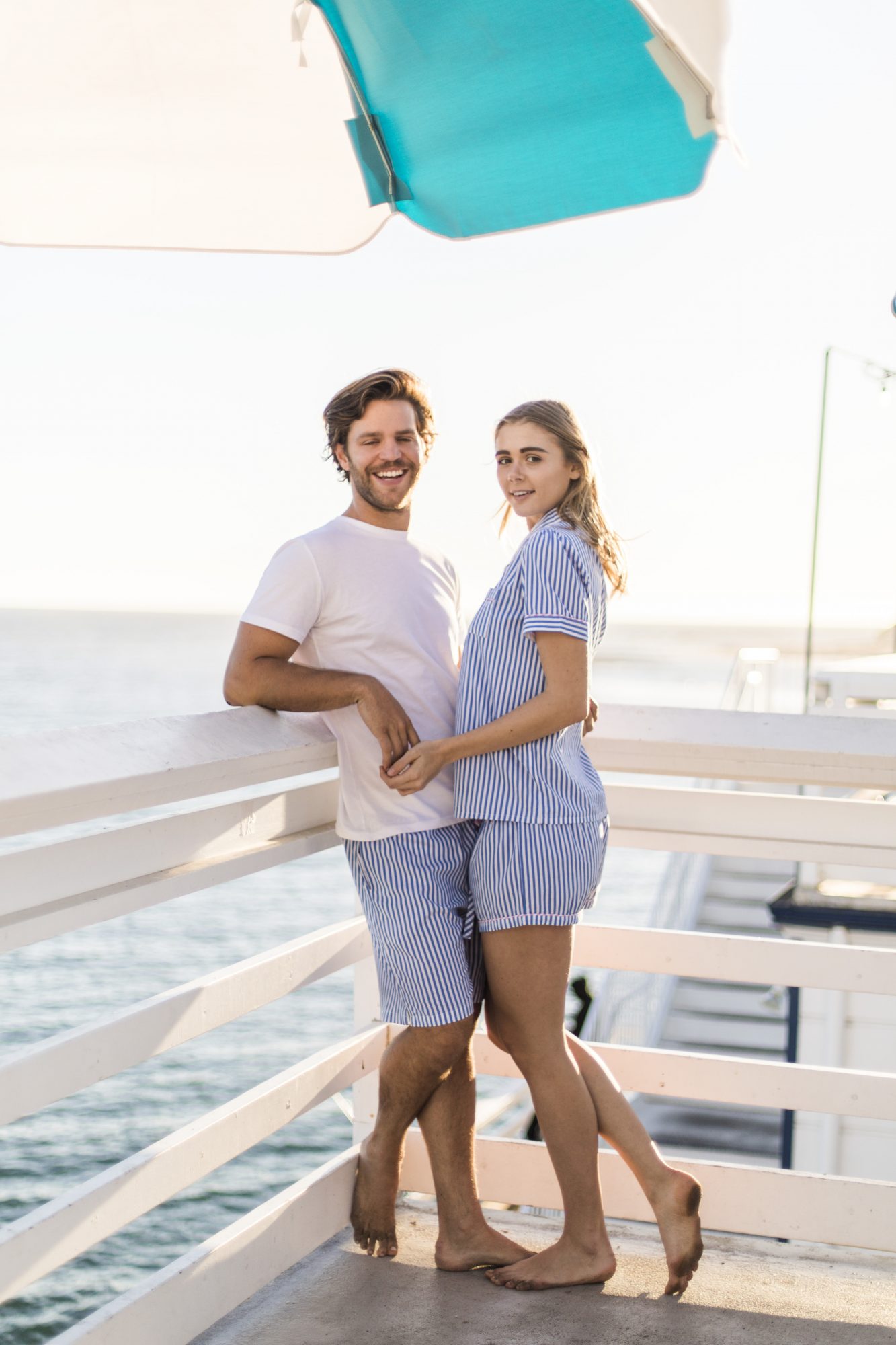 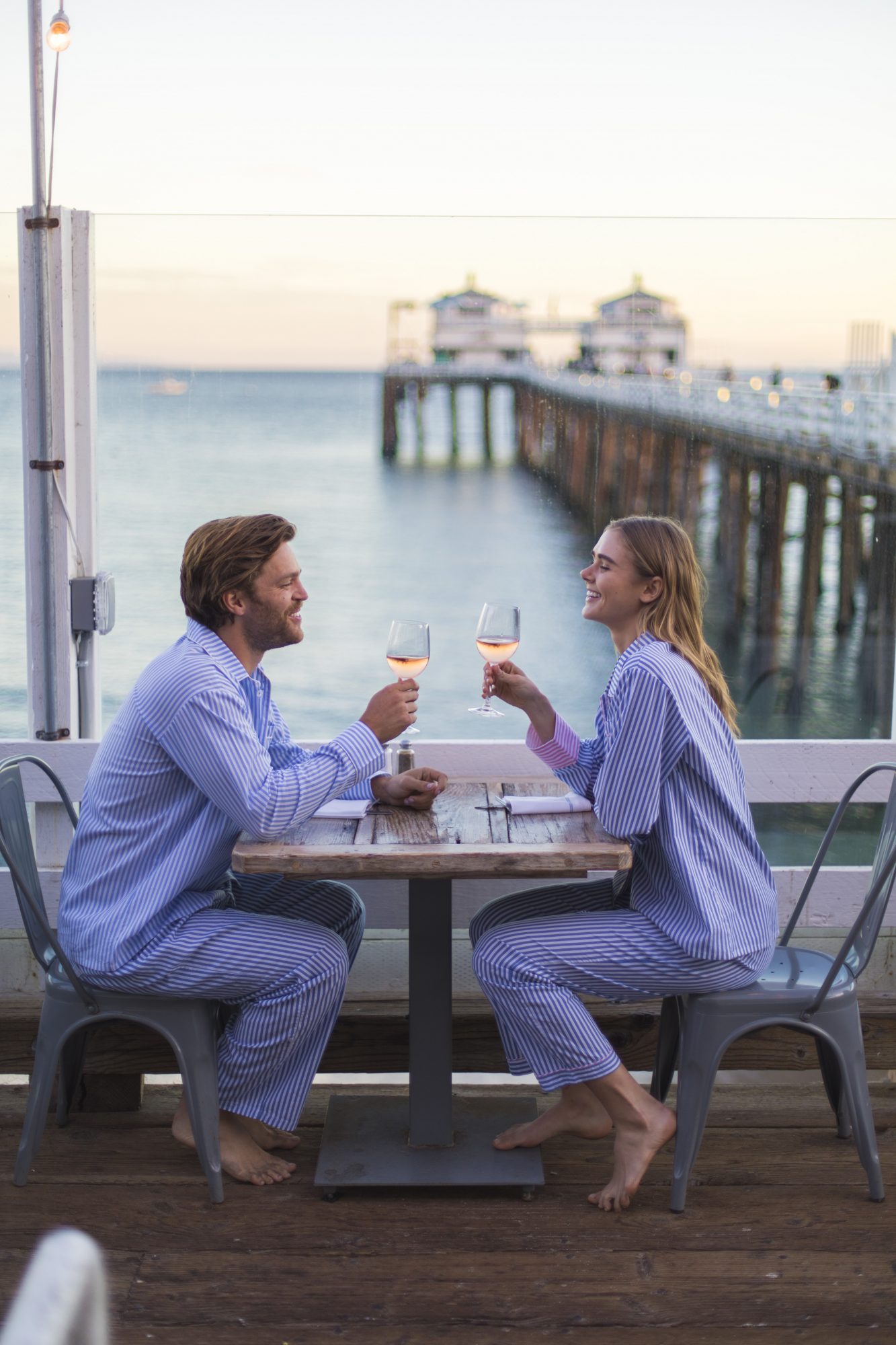