Meet Brooke Josephson of My Song And Light in Pacific Palisades 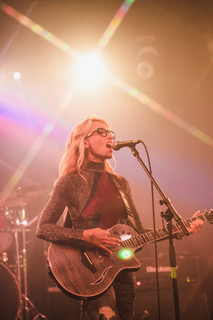 Today we’d like to introduce you to Brooke Josephson.

Local Singer Songwriter, Brooke Josephson, was born and raised in small-town Warsaw, Indiana. Her “Hoosier to Harlem to Hollywood” story is inspiring.

Brooke grew up singing in church and began piano lessons at age five. Her father was of the belief if Brooke, along with her three brothers wanted to attend college, they were on their own. Her work ethic and talent earned her a scholarship for Vocal Performance at a Private Liberal Arts College in Northern Indiana.

During her time there, she performed as a soloist in Handel’s Messiah at Carnegie Hall in New York City and toured across the domestic United States, as well as touring through Northern Ireland, with the girls group AGAPE. Brooke signed her first professional Theatre Contract right out of college, as a principal performer at The Round Barn Theatre. This opened the door for Brooke to move to New York City where she landed roles on ALL MY CHILDREN (ABC), BONES (FOX), and Disney’s ENCHANTED, where she met her husband, (TV/Film Producer) Barry Josephson.

Soon after their daughter was born, Brooke earned her Masters in songwriting from Berklee College of Music and wasted no time releasing her debut EP, “Live and Let Live” in 2013. She then spent two years holding down the fort, as a full-time mom of two after welcoming their son in 2014, while her husband was out of town filming and she continued writing and producing tracks for her sophomore EP, “Sexy N’ Domesticated.”

In addition to writing, recording and touring with her music, Brooke also made her daughter’s aspirations come to life as a Children’s Hospital Los Angeles, Jr Ambassador. Her daughter Shira joined the program when she was seven years old and while touring the hospital, Shira came up with the idea of sharing her love of reading to the children too sick to have visitors, by creating her website and YouTube Channel, “Shira’s Story Corner,” where she reads her favorite books to them or has special guest authors and actors share their books with the children. Shira also has written three of her own children’s books, where all proceeds benefit the Literally Healing and Child Life Programs at CHLA. To find out more, visit: www.shirasstorycorner.com.

Brooke believes in the motto, “to whom much is given,” and hopes her “sonic snapshot” of finding the humor in the “leggings to heels” lifestyle can empower women balancing their personal lives while working full-time. Sexy N’ Domesticated is, in her own words, “for the modern day woman mastering the art of shapeshifting between wife, mom, and work.”

Overall, has it been relatively smooth? If not, what were some of the struggles along the way?
“I actually feel blessed I wasn’t born with a silver spoon or connections to hand me opportunities on a platter. The road wasn’t easy but I’m thankful I had to manifest where I am through my hard work that built resilience. I met peers along the way who couldn’t handle basic adult responsibilities after they graduated college and couldn’t handle hearing no more than yes and gave up. All I ever knew was hustling to put myself through college, then juggling three jobs to make rent while I lived in New York City.

My husband and I have that work ethic in common since he too is self-made. He picked up on that when we met on the film, ENCHANTED. We weren’t dating yet, and he was taken with the fact that several times during that film, I showed up to set and had worked all day on one job, then pulled off a 16 hour night shoot, kicking back coffee to stay awake.

After we got married, it appeared from the outside looking in, that I was living a ‘Cinderella Story.’ However, the next struggle I had to face was being diagnosed with Hashimoto’s, an autoimmune disease of the thyroid, soon after our daughter was born. I was bounced around to different doctors misdiagnosing me for almost 18 months, with everything from postpartum depression to fibromyalgia. It was a low point waking up to a dream life, dream husband and daughter with the physical symptoms of Hashimoto’s making me feel like I was trapped inside my own body.

After I finally had the proper medication, I re-examined my life. I have always been a fighter and grown stronger from struggles, so I went back to school full time for the Berklee College of Music Masters in Songwriting Program and finished in two years. I created my own record label and publishing company, MY SONG AND LIGHT, after finishing school ad self-released my first EP,” says Josephson.

My Song And Light – what should we know? What do you guys do best? What sets you apart from the competition?
I launched my Record Label and Publishing Company, MY SONG AND LIGHT in 2013 to distribute music and produce music videos independently. I have a separate marketing company that manages concert tours and media promotions. The name of my company is inspired by my daughter’s name, Shira Leora, which means, song and light.

Is our city a good place to do what you do?
“Los Angeles has the best of everything. Austin, Nashville, New York and Seattle all have thriving music communities, but I really enjoy the benefit of being able to produce and perform in the live music scene of LA where I’m also inspired by the beauty of the ocean and mountains that surround the city, and it’s such a diverse place to raise a family,” says Josephson. 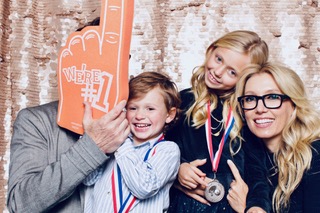 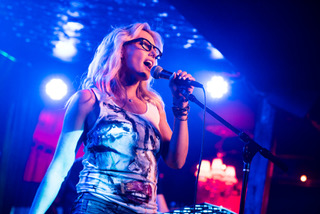 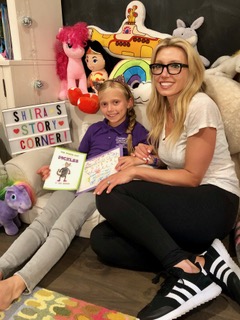 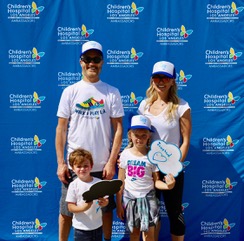