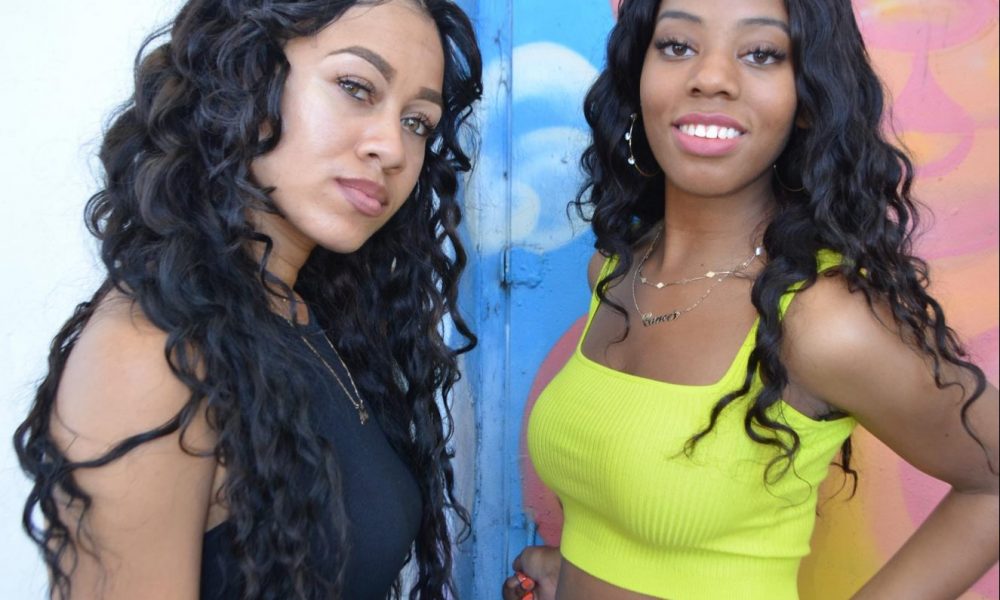 Solaa, let’s start with your story. We’d love to hear how you got started and how the journey has been so far.
Hi! We are musical duo Solaa, which means “So-La”. We go by ‘Ali Zae’ and ‘Mila X’. Together we create trap and soulful music inspired by R&B vibes from the ’90s. We formed a musical duo two and a half years ago. Our entire lives, we have both had a strong passion for songwriting and have been writing music since a very young age. We never had an opportunity to record or put our passion for music and songwriting into something tangible until two years ago.

Mila started to realize that making music became way more accessible to individuals with no experience in the music industry due to social media. Mila knew that similarly to her, Ali loved music and wanted to be a singer/song-writer one day so she approached her about doing a remix of a song to put out on social media. It started off as something to post on social media to get attention but after we both heard one another’s lyrics, we soon realized that we both had talent and work really well together. Following this, we decided to form a musical duo.

The first song we’ve ever recorded is called “Fuck these Other Bitches”. It’s still one of our favorite songs to this day. We uploaded it on SoundCloud and put it on Instagram two years ago. With barely any promotion, the song got over 1,000 plays and everyone in our family and friends started asking for more music. That’s when we realized that this is something we not only are able to do but are meant to do. Ali was born and raised in Los Angeles, California and Mila was born in Baton Rouge, Louisiana then moved to Los Angeles in 2007 at a young age. Being from Cali has tremendously influenced our music. We have a very west coast sound.

One of the things that makes our music so unique is that we use untraditional beats for female musicians. Typically females tend to shy away from trap/hip-hop beats that we refer to as “hood” beats because they are traditionally reserved for men. Being from La, most of the music we listen to on a regular basis are those trap/hood beats. We don’t believe that anyone should be put into a box when making/writing music so we don’t shy away from any beats.

We are gaining a growing reputation as artists for our untraditional take on these hip-hop beats where we incorporate r&b sounds/harmonies. We don’t believe in sticking to one vibe when it comes to music. Every song is inspired by a real-life situation. We believe in being vulnerable in our music and view songwriting as a way to let out our deepest emotions. We have three songs out on all platforms and are currently working on our first EP coming out in late November that will display our versatility in our music and what we represent.

We’re always bombarded by how great it is to pursue your passion, etc – but we’ve spoken with enough people to know that it’s not always easy. Overall, would you say things have been easy for you?
Contrary to popular belief, being an amazing singer/rapper or just artist, in general, is not just talent alone. It takes a lot of hard work. One of our biggest challenges was figuring out our sound musically and what we want to represent as artist. Coming from no musical background and knowing nothing about the music industry meant that we had to figure everything out on our own and majority of the time that consisted of learning things the hard way.

Something as simple as finding a good studio was an obstacle for us. Learning what tools we need to make good quality music was an obstacle for us. As everyone knows, a lot of people make music, especially in this new millennial age. Our hardest challenge has been trying to gain respect as artists and to be taken seriously as a female artist while also trying to stand out from the crowd. The industry is definitely moving towards higher acceptance of female artist but underground female artist still have it tough and have to work harder to prove themselves than male musicians.

We’d love to hear more about your work.
We create music. Our brand is all about promoting women empowerment. We are also the owners of Big Brat Co. It is a fashion company that coincides with our music. We started this company so that our fans can have clothing that matches what a Big Brat/career-driven woman would wear.

We want women to know that it’s totally okay to be selfish regardless of the negative connotation society puts on that. Women are constantly told to be in a relationship/focus on getting married and having kids, which essentially means putting their own goals and desires secondary. We believe that women should dare to dream as much as men do and achieve their wildest dreams without shame.

A lot of female musicians promote women empowerment but we tell women to not only be empowered but to be selfish, goal-driven, and confident about it all. Our untraditional use of female beats and refusal to stay in a box or lane when making music is how we do that and we hope to inspire other women to do similarly.

What were you like growing up?
Growing up we both had strong interest in songwriting. We would write songs and show them to our classmates in middle school. Mila would pretend that her favorite artist songs were hers and would slightly change the lyrics to be more fitting to her reality. In high school, Ali finally got the courage to post videos of her song-writing skills on Facebook by uploading videos of her singing her songs to a beat she found on YouTube.

We both were very creative/artistic kids with big dreams. We started a brand called ‘Simply Rare” in high school with a similar vision to our brand new but abandoned it due to lack of resources/financial support. Growing up, music was always an escape for us and we have dreamed since we were little of having the world listen to our music and sing our songs. Now we’re here following our dreams. 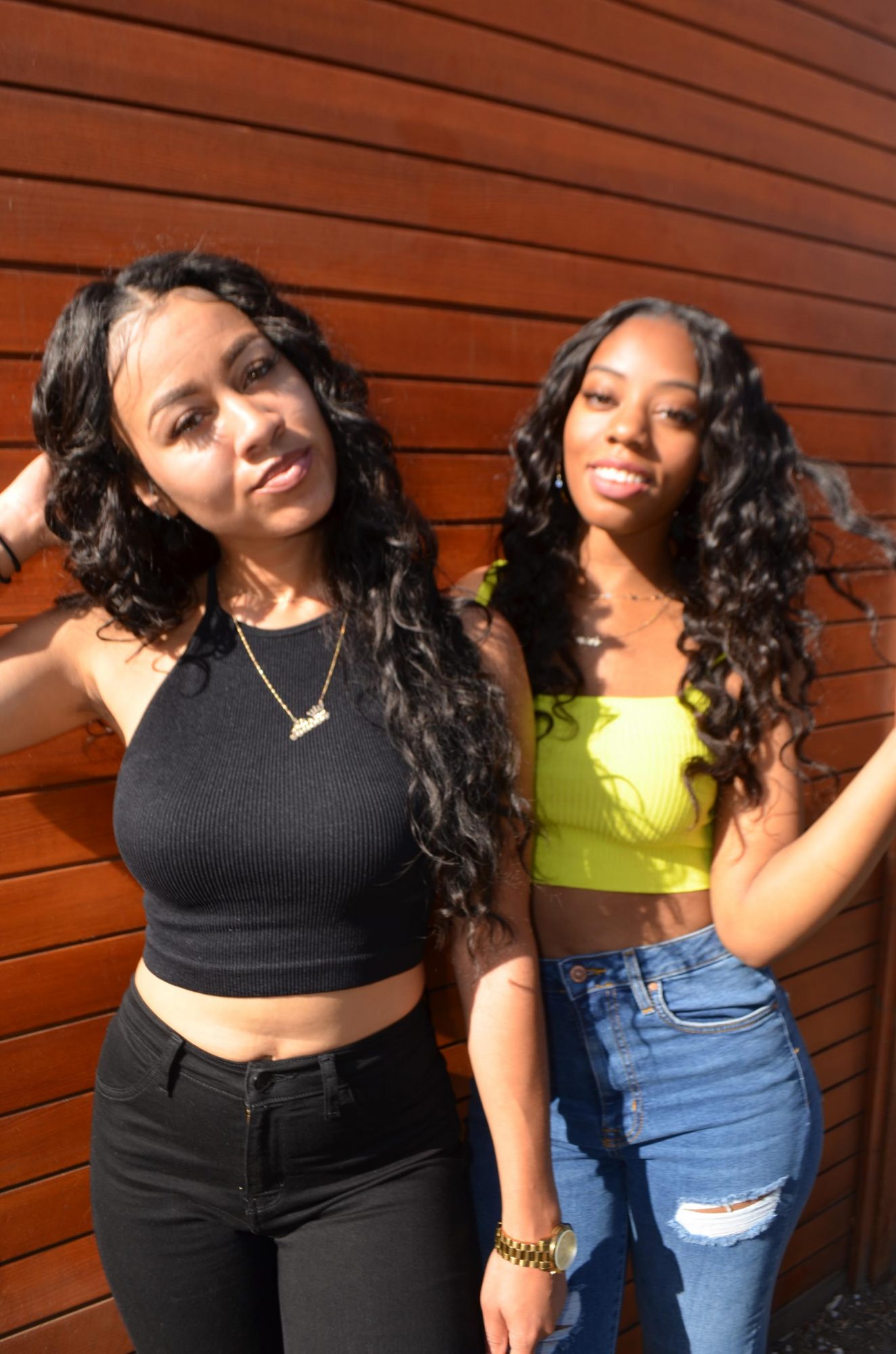 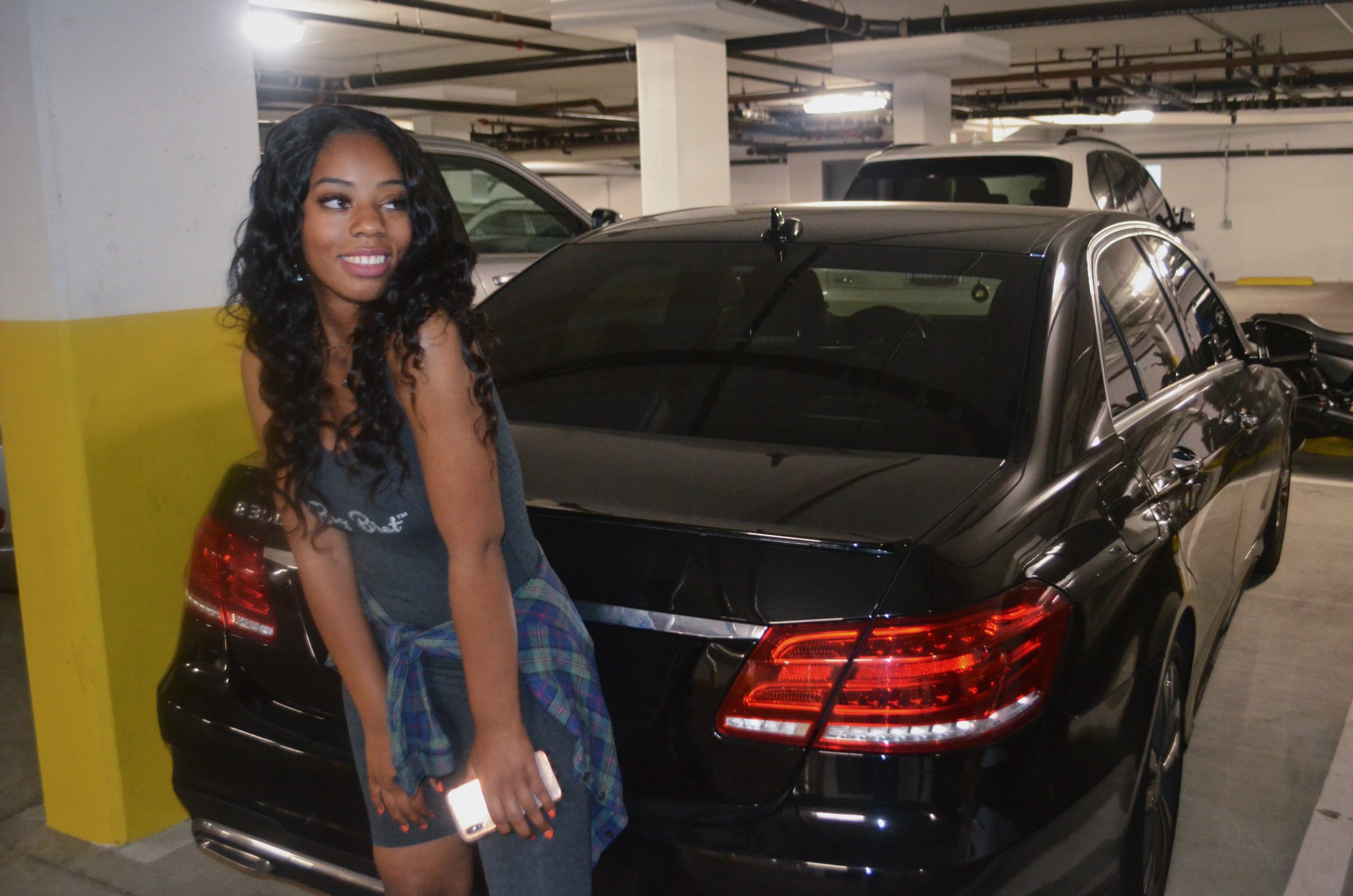 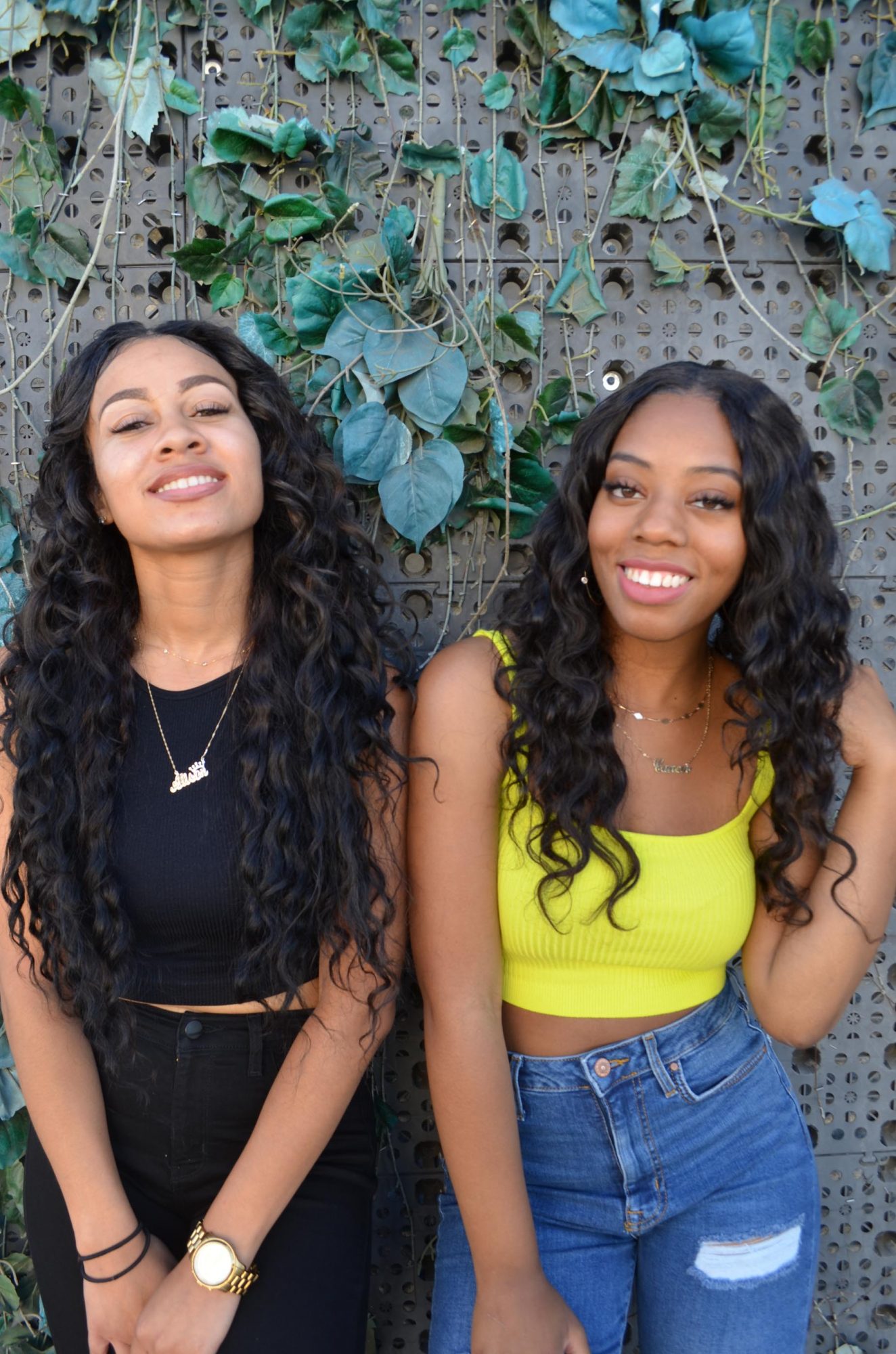 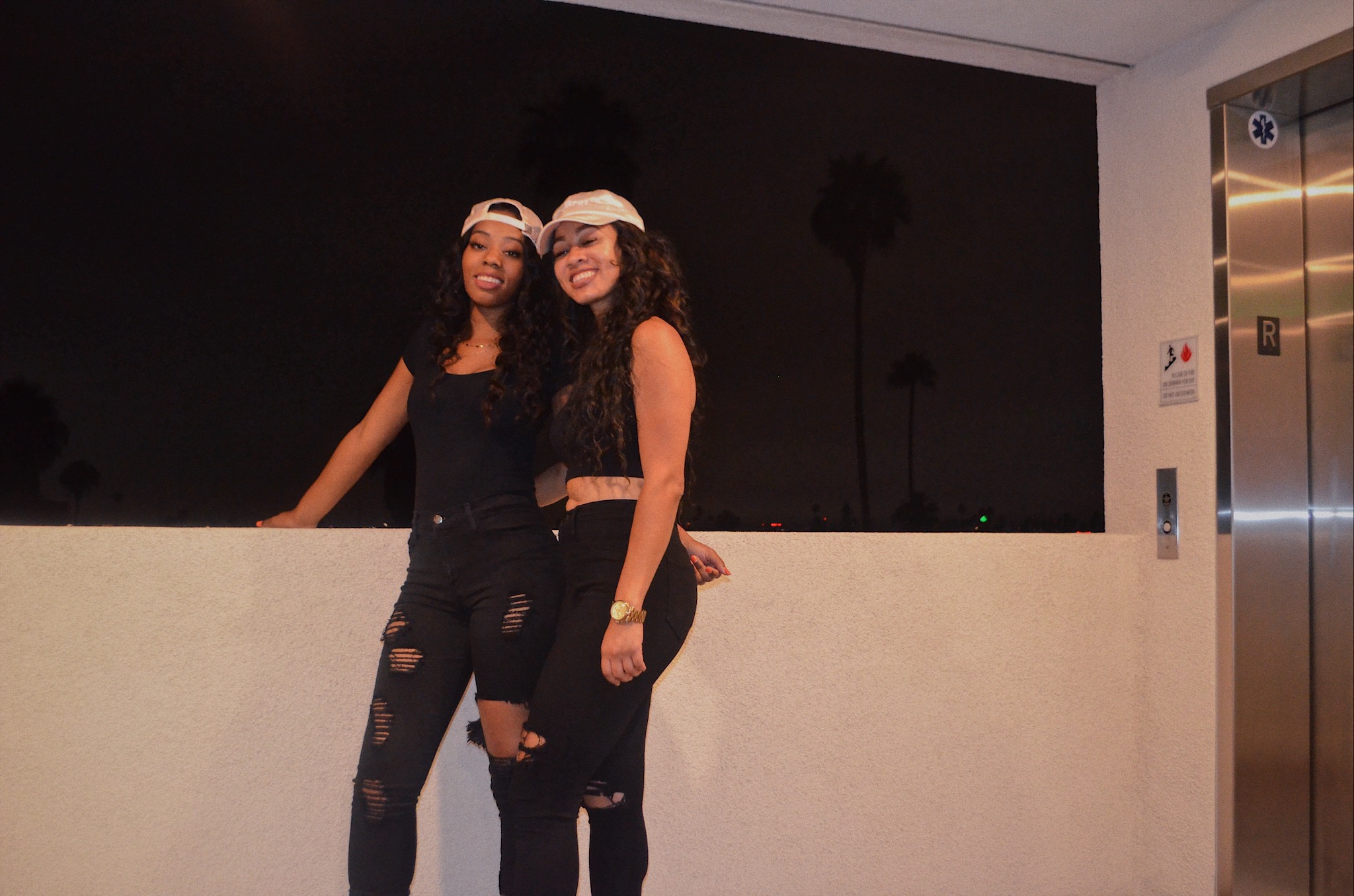 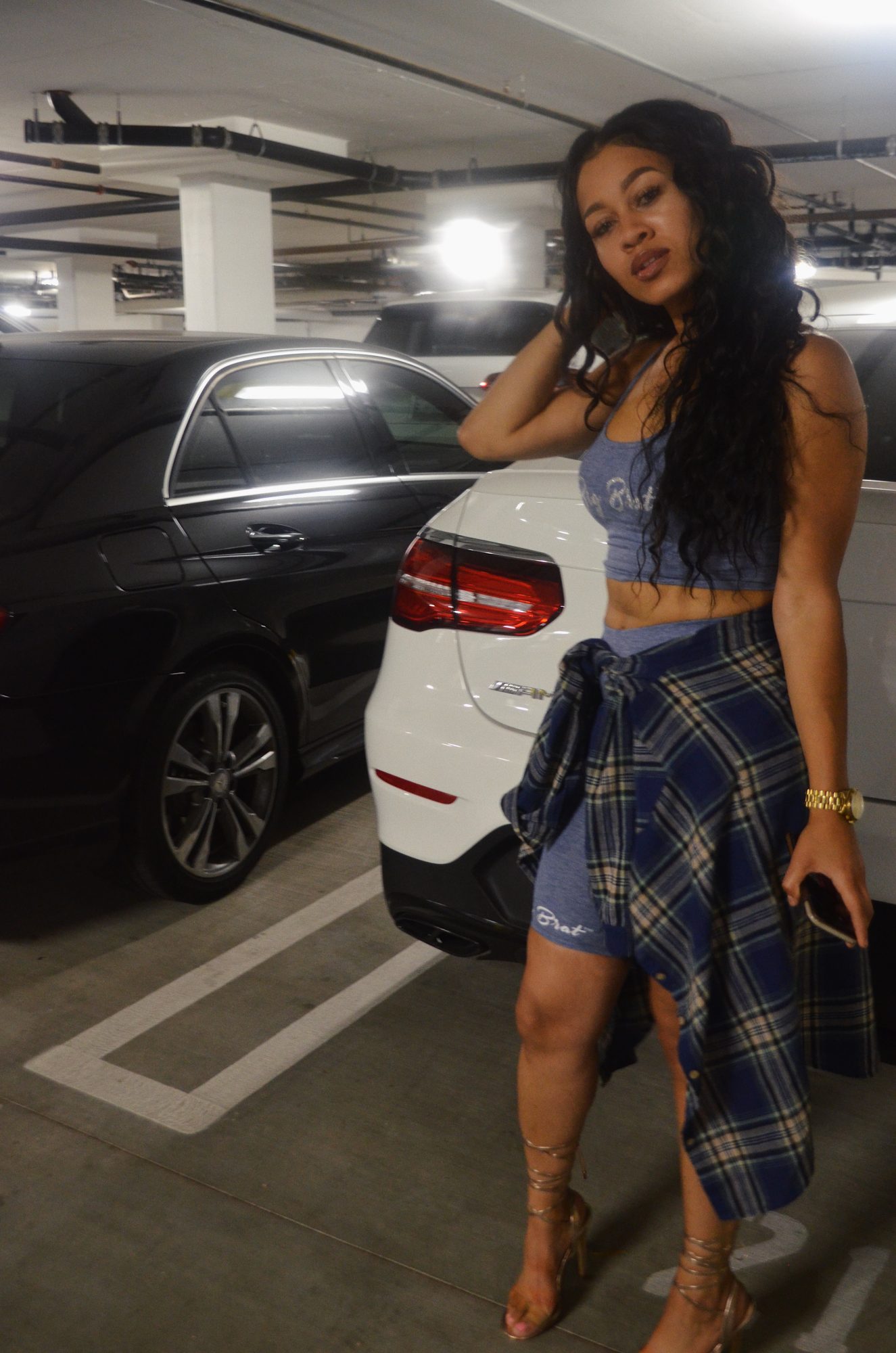 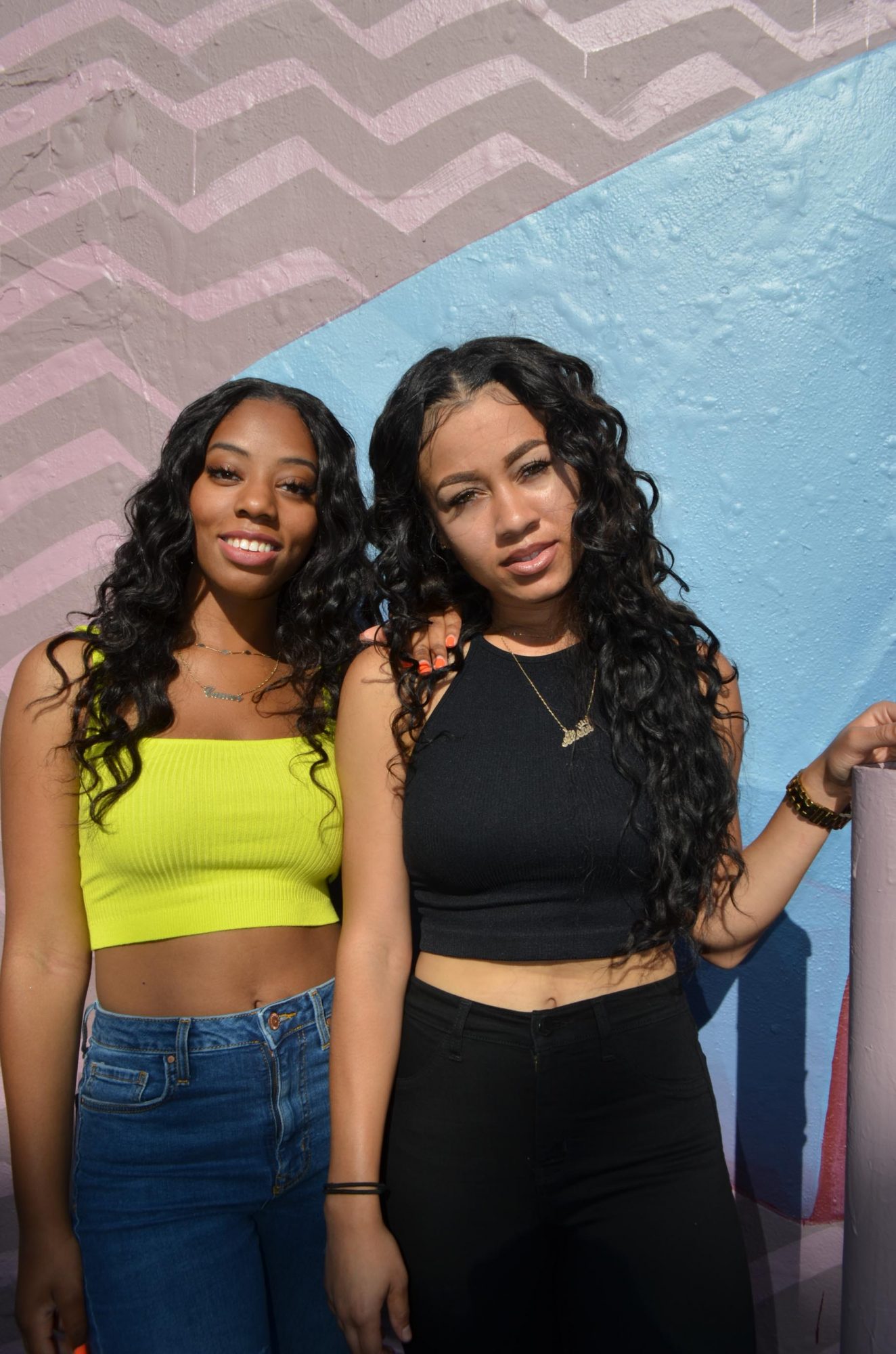