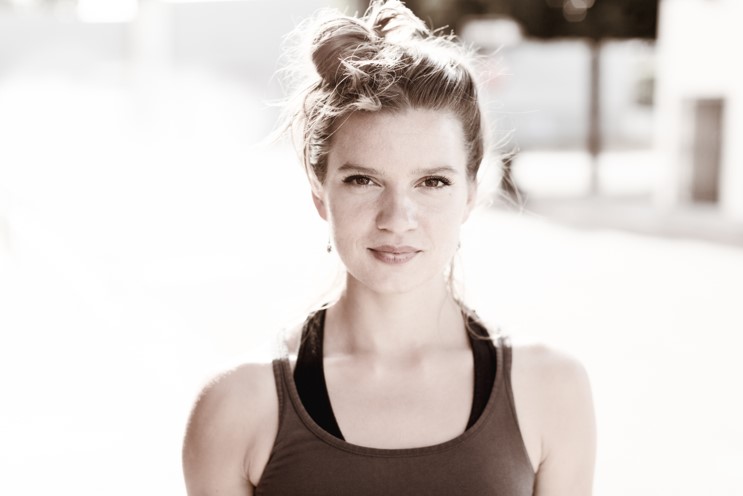 Today we’d like to introduce you to Rissi Zimmermann.

Rissi, let’s start with your story. We’d love to hear how you got started and how the journey has been so far.
I was born as the fourth of five daughters and raised in a small country town in Germany, surrounded by forest, wheat fields, and cows. With the safety of nature around, I grew up with a great sense of independence. At eight years old, I would say goodbye to my mom after school and go off adventuring with my best friend, exploring the river and climbing trees until we returned home after sunset. Sometimes we would make crafts and sell them to our neighbors or makeup shows and invite the whole town to join. Despite the free environment, my mother created for my sisters and me, she also was strict in disciplining us to be hard workers and advocates for peace.

As an immigrant and survivor of domestic violence, my mother demonstrated to my sisters and me a confidence in perseverance. Part Native American, she raised us bilingual, showed us how to embrace the cycles of nature, instilled appreciation for all religions and prioritized creative expression in our upbringing. We would often paint orsing together at home and have family friends over for music jam sessions and festivities. Growing up, we did not always have much, since my mother’s job was raising five daughters at home with a salary of kid’s hugs and kisses, while my dad was a local chimney sweeper. Therefore, our mother taught my sisters and me how to make much out of little. Anything we couldn’t buy, we would somehow invent a creative way to re-create at home. Whether it was meals or clothes or experiences. It showed me that where there is a will, there is a way.

I was extremely hyperactive, I would run to school while eating my breakfast because I could not stay still enough to sit or calm enough to walk. I also was so excited and silly at all times that I had a hard time keeping my focus. In another circumstance I easily could have been put on medications and told something was wrong but I was fortunate to have mentors and teachers who helped guide my energy and attention in the right direction, allowing me to perform at the top of my school academically, become the track team champion of South Germany and become one of a million students to twice receive 100 percent Exceptional Distinction on my Royal Academy of Dance exams. I learned to never give up and that through hard work nothing is impossible.

When I was 15, I read in my English textbook about a Performing Arts High School in New York City called LaGuardia Arts, where Jennifer Anniston and Al Pacino had gone. I was so inspired that I mentioned to my mom how cool it must be to study an art form at school. Later that day she had googled it and found out that it’s a real school and suggested to call and ask if I could attend the dance department. Though the answer of the school was “No. This is a public school, you have to be a NYC resident to audition and attend”, my mom told me “Let’s just send a video of you dancing, maybe they’ll accept you anyways”. So we did, the school called back and said: “Your daughter can attend our audition at the start of the school year if she has a NYC residence by then”. Fortunately, I had met a woman from Virginia who had visited my ballet school in Germany to do a singing workshop with us. She had connected me to become pen pals with her niece who also was a dancer in Virginia and my age. Interestingly enough my pen pal and her mom were moving to NY that same year for her to attend the same school, and they welcomed me to live with them.

So I packed my bags, moved to NYC, auditioned and was accepted to attend LaGuardia HS, also known as the Fame School. Half the day we had academic classes and half the day we studied our respective art forms – which for me was dance. EVERYONE was an artist so just walking down the hallway was a journey of exquisite inspiration. As a public school it reflected the diversity in ethnicity, culture, and values of NYC. Students would sing and dance in the cafeteria, walls were painted and theatre shows would happen year round. I was overwhelmed by the adventure of NYC’s streets, creativity was blooming on every corner. Being on my own, Art became my home and Dance became my family. I got intrigued by the significance of building a sense of community through education and developed a mentorship program between older and younger students at the dance department. Three years later, I graduated with the LaGuardia Spirit Award, the Father Fame Award for Excellence in Academics and Dance, and an Advanced Regents Diploma in Math and Physics.

During my senior year, I got recruited for a POSSE Full Tuition Leadership Scholarship and with it, I attended the University of Southern California. The POSSE program had a tremendous impact on me, as it trains diverse students to take on leadership roles in the US, give voice to the needs of underserved populations and address the country’s social issues. As a POSSE Scholar at USC, I developed meaningful leadership and conflict resolution tools while learning from and with diverse perspectives.

Outside of POSSE though, USC was an interesting phenomenon to me. Unlike in the Forest and NYC, Creativity and Expression were hidden behind tall buildings on Campus. I felt the urge to grab paint or mud and decorate the white walls with it, to play music and have students dance on the pavement together and to connect through emotional vulnerability with teachers and leaders at the University. When I recognized that my peers were also hungry to connect and express themselves through a sense of community, I created Sokamba together with my friends.

Initially Sokamba was a space in which everyone was welcome, to talk about emotional journeys and reflect on life’s challenges through creating performing art pieces together. By fostering this space, I wanted to extend to others the home and comfort that creative expression had given me all my life. Each semester we would showcase the performances we created. We received overwhelming responses of students wanting to join Sokamba and audiences wanting to attend more shows, explaining that they could feel the connection we shared through our work on stage. So organically our community grew.

Soon Sokamba became a collective of artists who created multimedia shows fusing dance, music, video projection, spoken word and software engineering. Each show would focus on a social-emotional topic and share vulnerable reflection. Our work became described as cutting edge and innovative, we continuously received new requests for collaborations. With each performance, our audience increased and soon we grew beyond USC.

Nurturing collaboration remained a core value at Sokamba as we started hosting events and workshops throughout the city, working with groups such as the Summit Series, Plain White T’s, Nokia, The DTLA Art Walk, ArtShare LA, the Huntington Libraries and the International Association for the Arts – UNESCO. We became honored by the City of Los Angeles for our Valuable contribution to the Public Arts. Our focus remained on building holistic community within any Sokamba creation.

After having reached over 10,000 audience members, Sokamba was named Artist in Residence at the Vortex Dome, in the heart of Downtown LA. The Vortex Dome LA is located on LA Center Studios, the production lot for several hit television series and feature films such as Mad Men. The 360-Degree Dome Screen delivers a fully immersive sensory experience. After having premiered our first LA-based Dome Show in 2018, our vision is to build a touring Immersive Dome show with the mission to foster roots of unity through the inclusive spirit of the arts.

Has it been a smooth road?
From the day Sokamba was founded, it has grown organically – somewhat like its own breathing and blooming entity.

The biggest challenge we encountered was when the nature of our work shifted from a passion project to a business. Since the company is rooted in a strong sense of community, leadership within the company has always been shared and naturally shifted and formed between everyone involved – like a family. As the Director of the company, it was important to me that everyone’s voice is heard, allowing everyone to share responsibilities equally.

Once we reached the point of having to develop a business strategy, it became crucial to assign specific responsibilities and guidelines within the company. At this point, we were a collective of 40 creators. I initially felt concerned about a hierarchy developing which could make members feel less ownership and freedom within their work, risking the strong sense of family we shared. I was hesitant to change how we functioned but during this hesitation, opportunities started growing faster than we could manage. It took some time and delicate handling to shift the nature of our working environment but slow steps and thorough communication allowed us to find the right balance between structure and freedom. I learned over time that providing a clear structure and efficient workflow made most members feel even more comfortable in their work and flourished within their specific tasks. Maintaining the right balance between the drive for work and passion within our company will always be a challenge I want to prioritize giving attention to, considering the needs of each member.

So, as you know, we’re impressed with Sokamba – tell our readers more, for example what you’re most proud of and what sets you apart from others.
Sokamba is a collective of Artists made up of dancers, musicians, animators, spoken word artists and software engineers producing creative experiences with the mission to foster a sense of harmony among diverse communities. The collective specializes in two branches of experiences: Immersive Events and Creative Education.

Creative Education programs are provided through classes and workshops. Performing Arts Classes are offered locally – teaching dance, music, theatre, and art techniques. Workshops are typically offered in partnerships with schools or at Sokamba retreats and are focused on experiential learning through the arts – exploring topics such as teamwork, self-empowerment, environmental friendly living, and global awareness.

Sokamba experiences can be attended publicly and booked privately. The collective has performed and taught all over Los Angeles and is available for commissions varying from solo pieces to full productions.

Sokamba is most proud of being genuine in our work. We believe everything should be done with peace and in careful consideration of all participant’s needs. We welcome everyone as brothers and sisters.

What are your plans for the future? What are you looking forward to or planning for – any big changes?
The long term plan for Sokamba is to build Sokamba Village, a space which utilizes the arts to strengthen healthy community through entertainment, education, and play.

We are excited for each step along the way, for each step should have its full breath and life to become a solid foundation to continue building on.

Our most immediate next step is building our Touring Immersive Dome Show. We have strong roots in Los Angeles and are eager to connect with communities beyond. 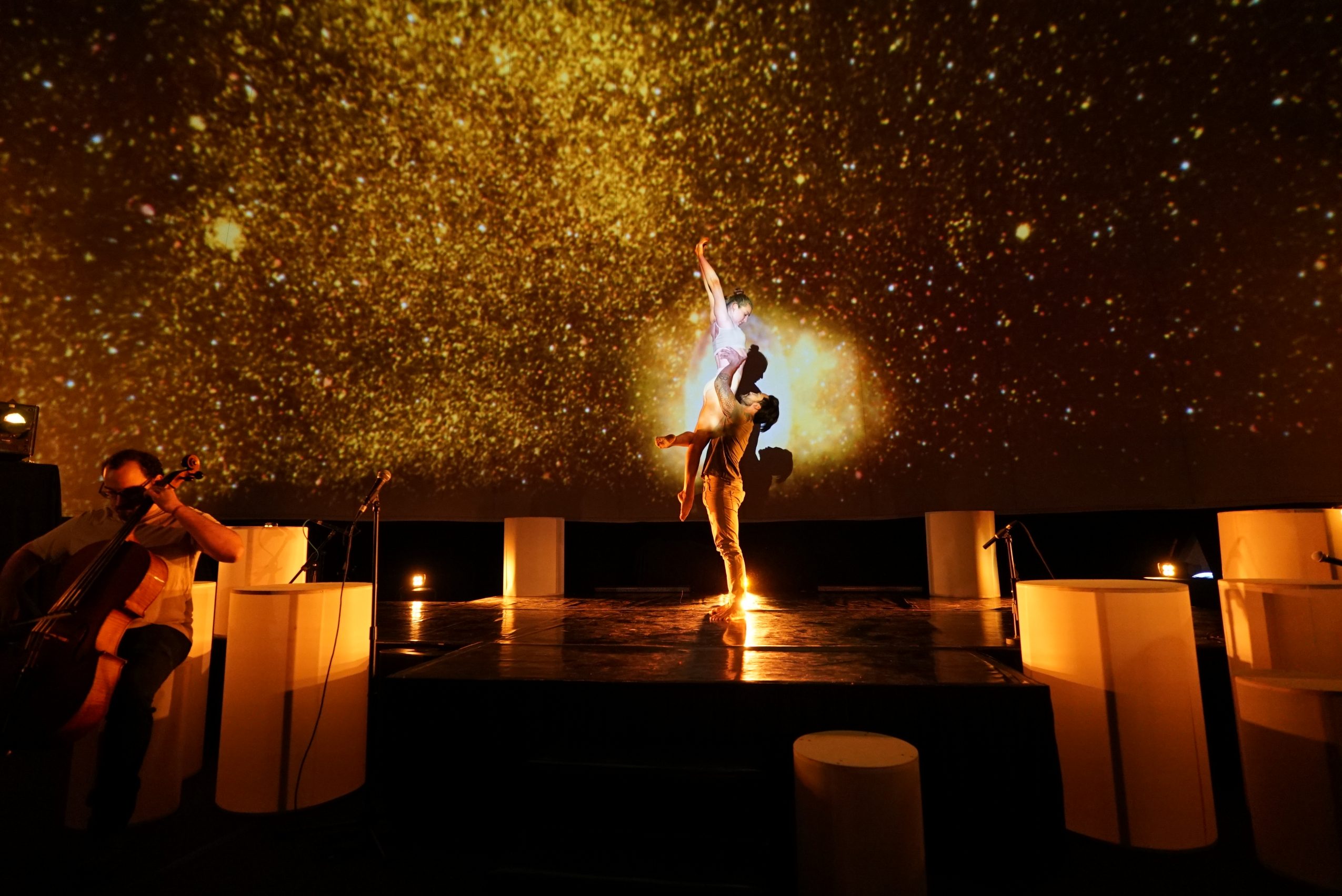 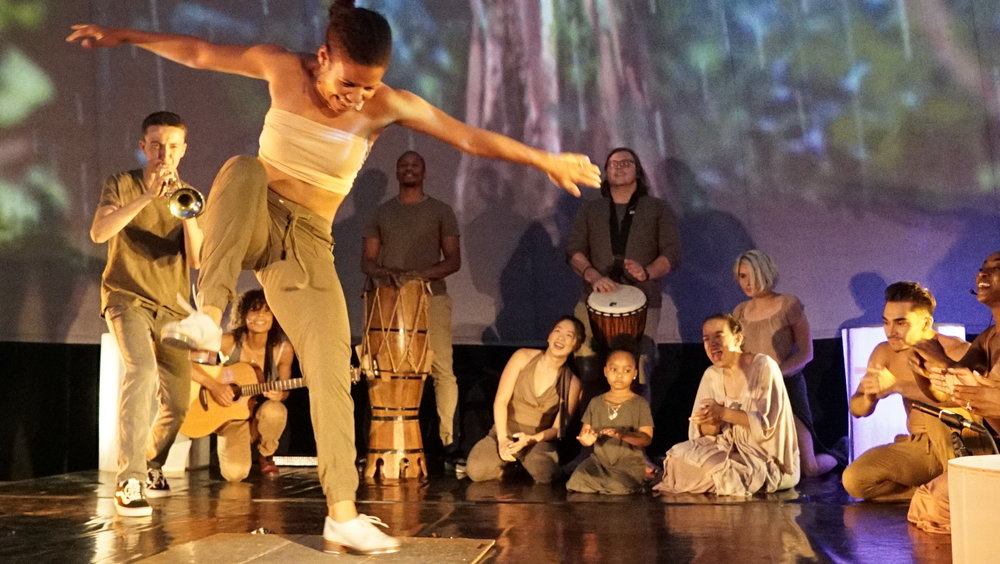 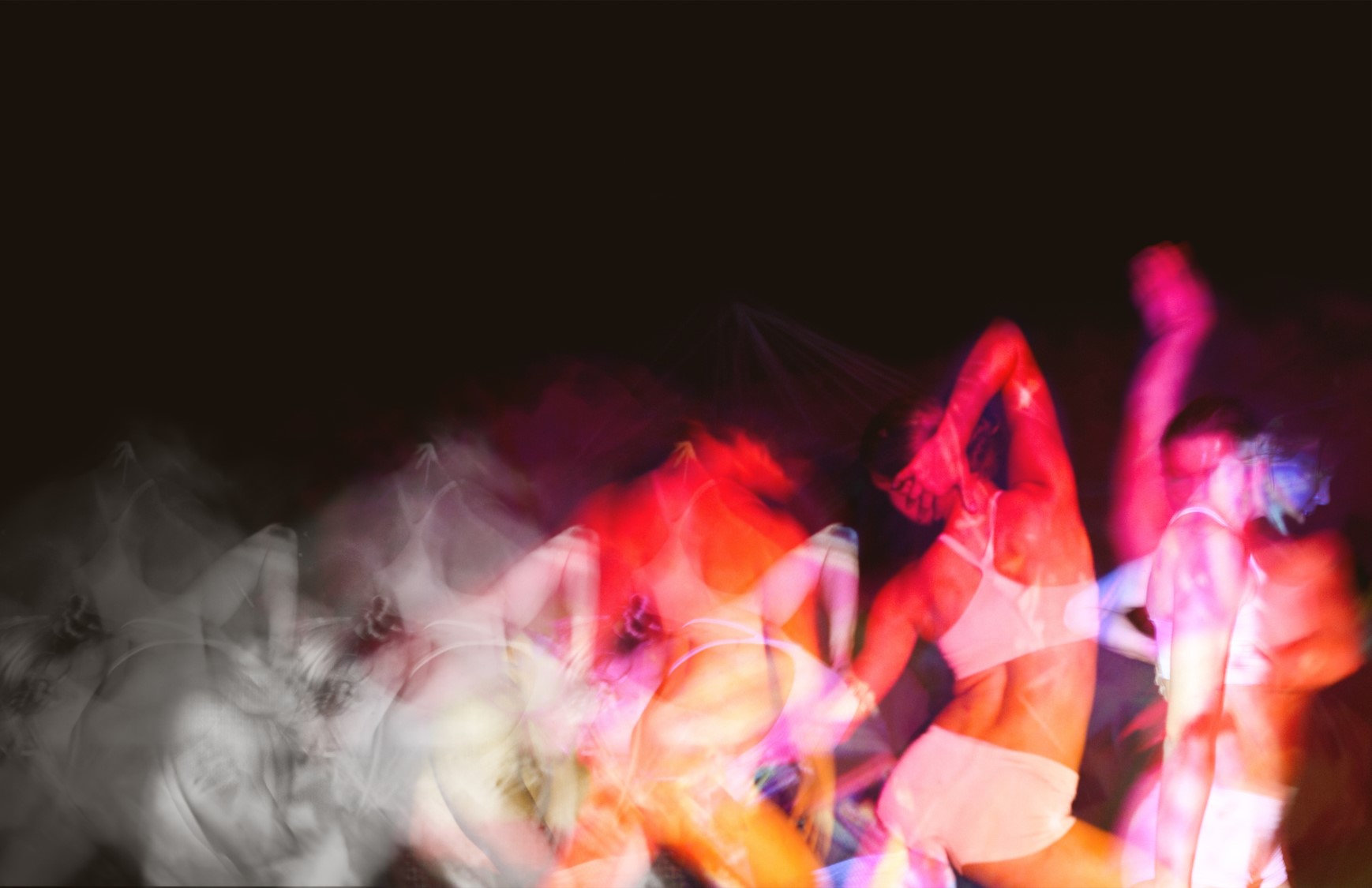 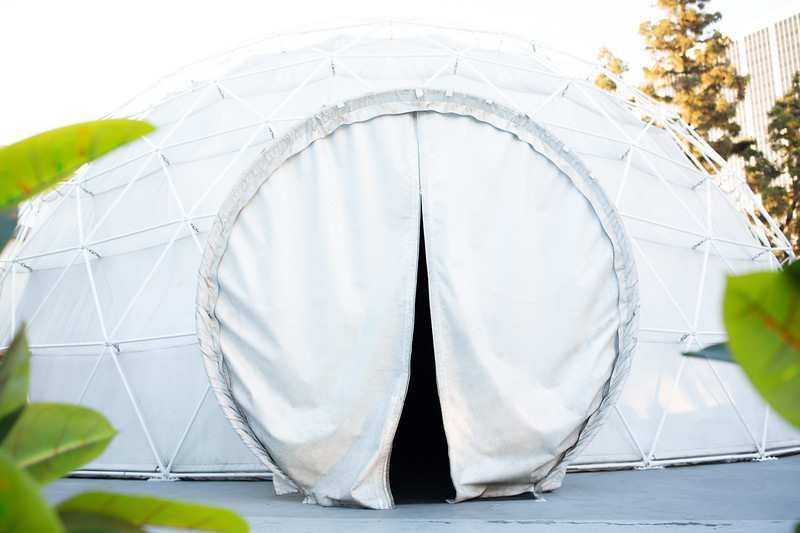 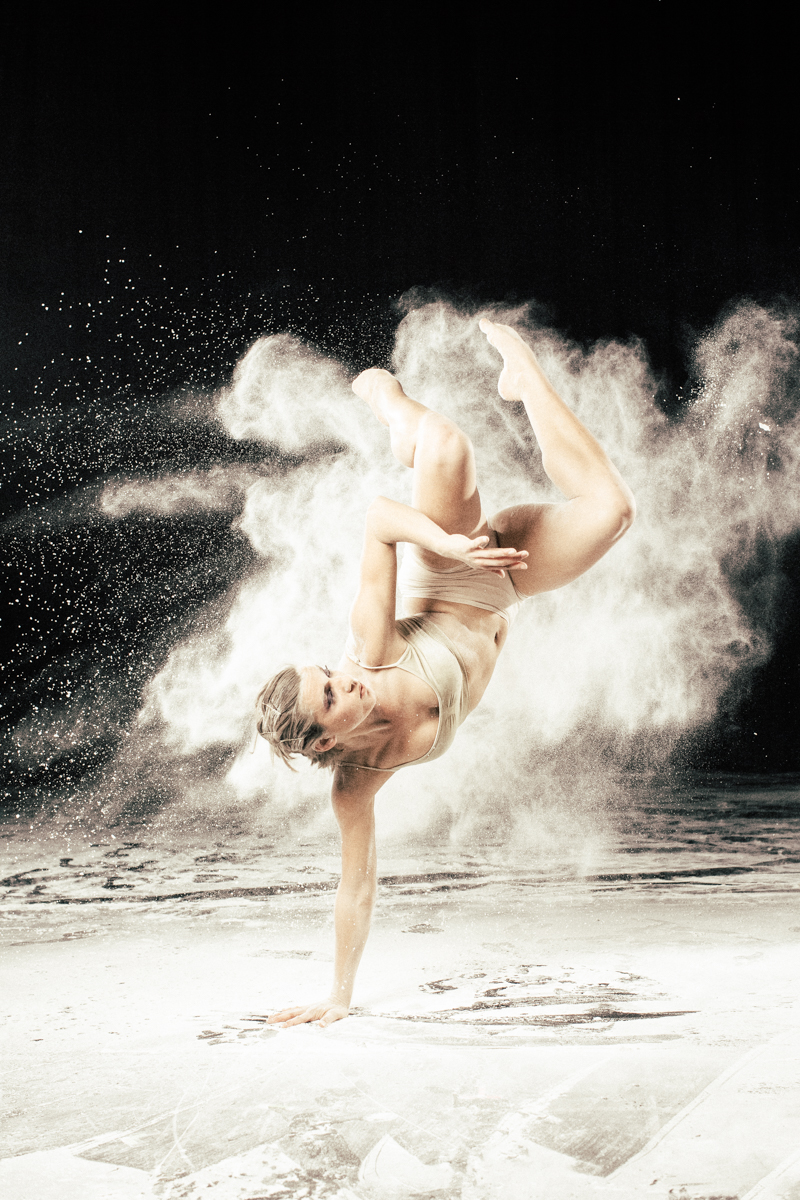 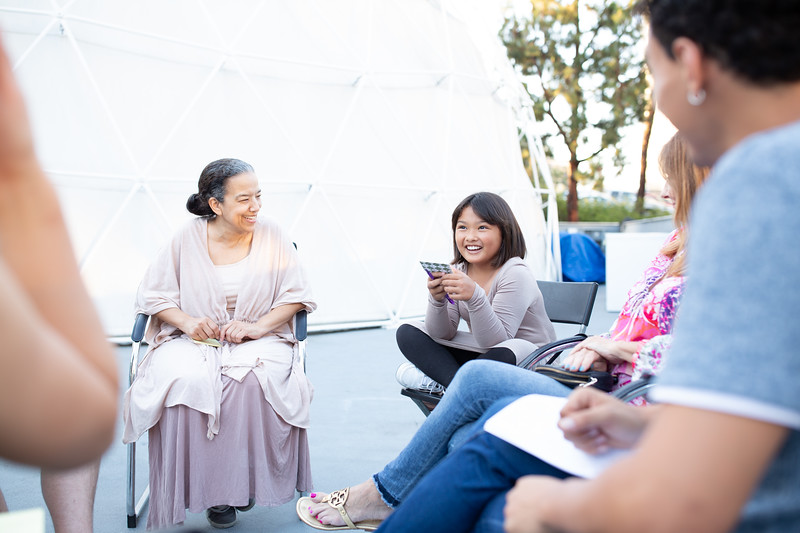 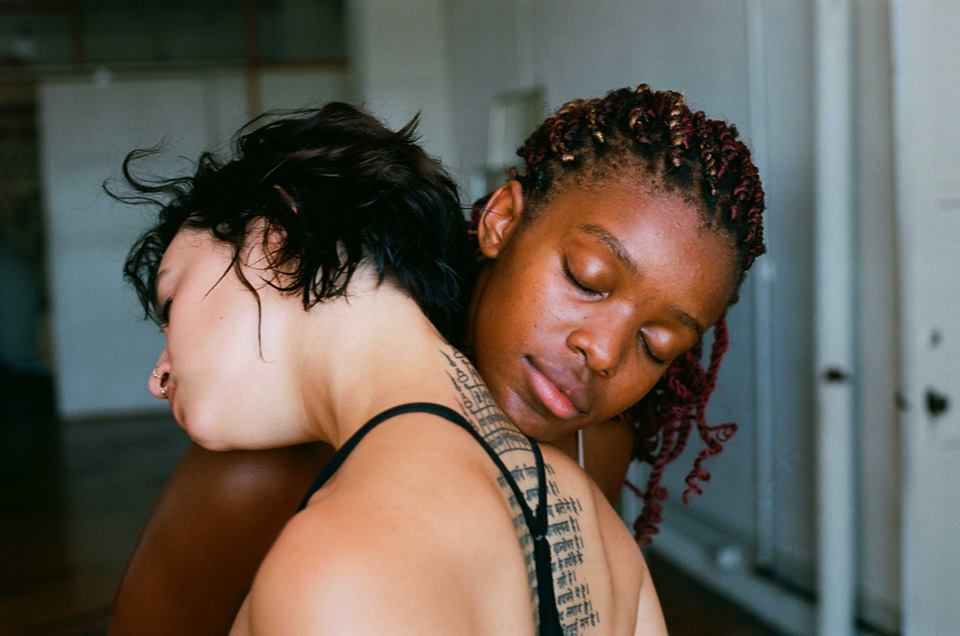 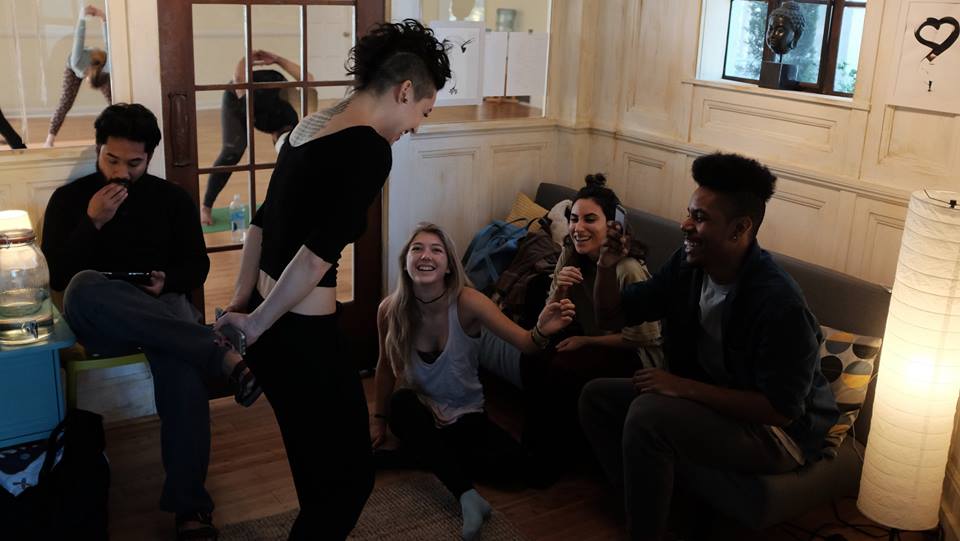