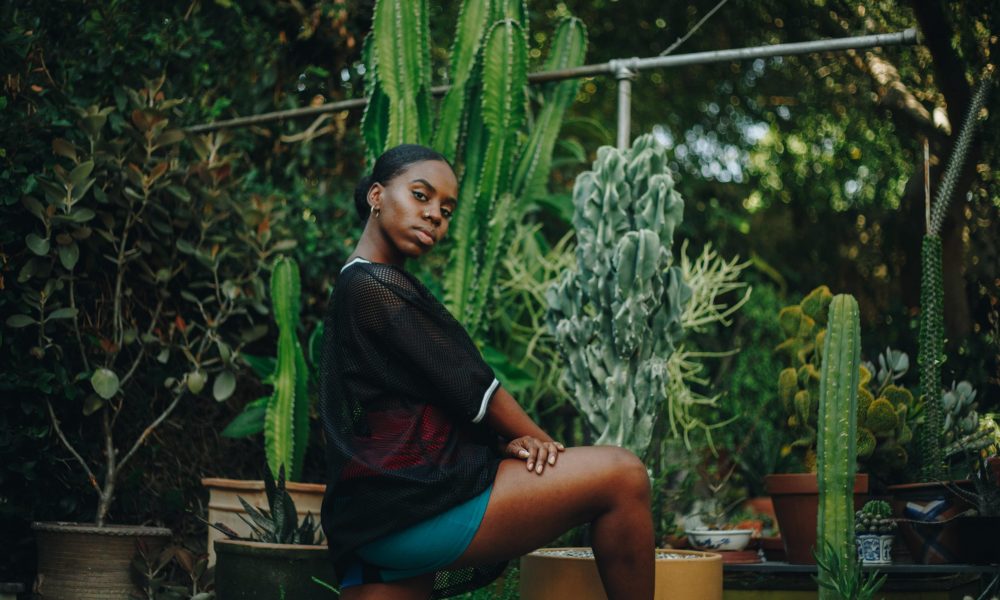 Today we’d like to introduce you to Thais Francis.

Thais, can you briefly walk us through your story – how you started and how you got to where you are today.
I was born on an island, Trinidad and Tobago to be exact. I emigrated to America at ten and grew up in Prince George’s County, Maryland. At 18, I packed up and moved to New York City where I attended NYU to study drama. After college, I floated around, wrote, produced and starred in an experimental play, worked in finance, wrote and starred in an award winning short film, then got bored. So I packed up and did an artist residency in the Virgin Islands. After the residency, I still didn’t know what my next steps were, but I knew I wanted to make art, so I bought a one-way ticket to Los Angeles. I had nothing in LA; no job, place to say, I didn’t even know how to drive- it was completely impulsive.

Four years later, I’m still here in Los Angeles. The road has been hella bumpy but what I’ve discovered is that when you are brave enough to pursue your dreams no matter how big, God will both honor and take care of you. In Los Angeles, I write for film and tv with the intent to one day star in my own work. Being a full-time artist is not for the faint of heart, it takes a lot of tenacity, resilience and perseverance, especially in Hollywood. There also has to be a level of resourcefulness and thinking outside of the box to keep financially afloat.

This is how my class Soca Yoga was born.

Overall, has it been relatively smooth? If not, what were some of the struggles along the way?
I can’t pretend like it’s been easy, because it hasn’t. Many times the battle was the one in my head. My first few classes were nerve wrecking. I found myself wondering if people would think I was a fraud? Would this class make sense? Am I weird? Do they expect me to be some type of enlightened yogi? Because nah. These thoughts could have been crippling, but the idea was planted in my mind and my ancestors didn’t die for me to live small. So, while I felt scared, I did it anyway. Once again, when you push past fear and doubt, God honors you, and this class has proven that. Since my first class in June, I’ve led packed classes not only in LA but in Washington DC as well. I’ve had people tell me they felt unburdened during class, levitated during meditation, that they felt seen and cared for, all while getting a workout. Imagine how different it would be if I’d let my own doubt hold me back?

Please tell us about Soca Yoga.
Soca Yoga is basically what I do in my apartment. I listen to Afrobeats, Soca, Dancehall and dance. One day after my friend and I danced around my living room, she declared she’d gotten a workout. It clicked. I studied yoga in New York and I have experience as a dance teacher so I decided to merge those worlds. Imagine the high energy of the Caribbean juxtaposed to the mellowness of yoga? It can be both ratchet and righteous and I’m here for the duality. I also knew that the people I wanted in my classes don’t normally frequent yoga studios, or have wellness practices, so I wanted to meet them where they were. What would it look like with a room full of people whining in downward dog whilst engaging their core? What would those people look like if they opened up and released tension they didn’t know they had? How would they feel connecting to the sounds that moved their ancestors? Soca Yoga welcomes all, but unapologetically centers and celebrates the black body. Marginalized communities are oftentimes excluded from the Eurocentric narrative of wellness. My class reaffirms that they are both entitled to wellness and the wellness world is at a disadvantage without their magic.

My training as a dancer and teacher as well as my real desire to see my people be well makes this class what it is. It can be technical and challenging, but it’s also really fun. This class is bigger than me; I’m simply a vessel opening people up to another way of healing. It is my hope to use Soca Yoga to springboard larger conversations about the importance of empowerment, health and wellness in black communities. Soca Yoga is a manifestation, a tribute to the ancestors and a radical act of self-care.

If you had to go back in time and start over, would you have done anything differently?
No everything happens exactly as it should so I could learn the lessons I needed to know. 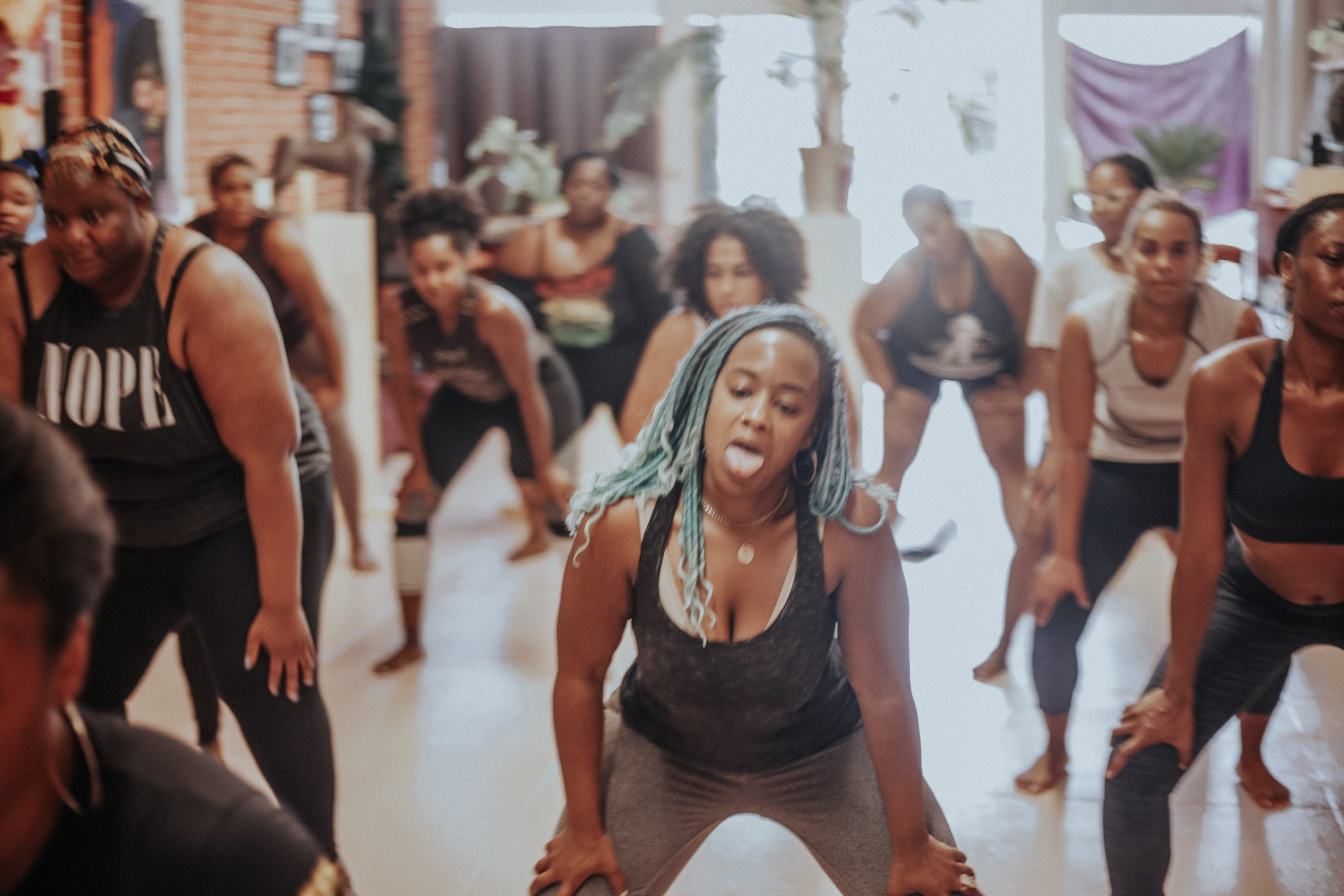 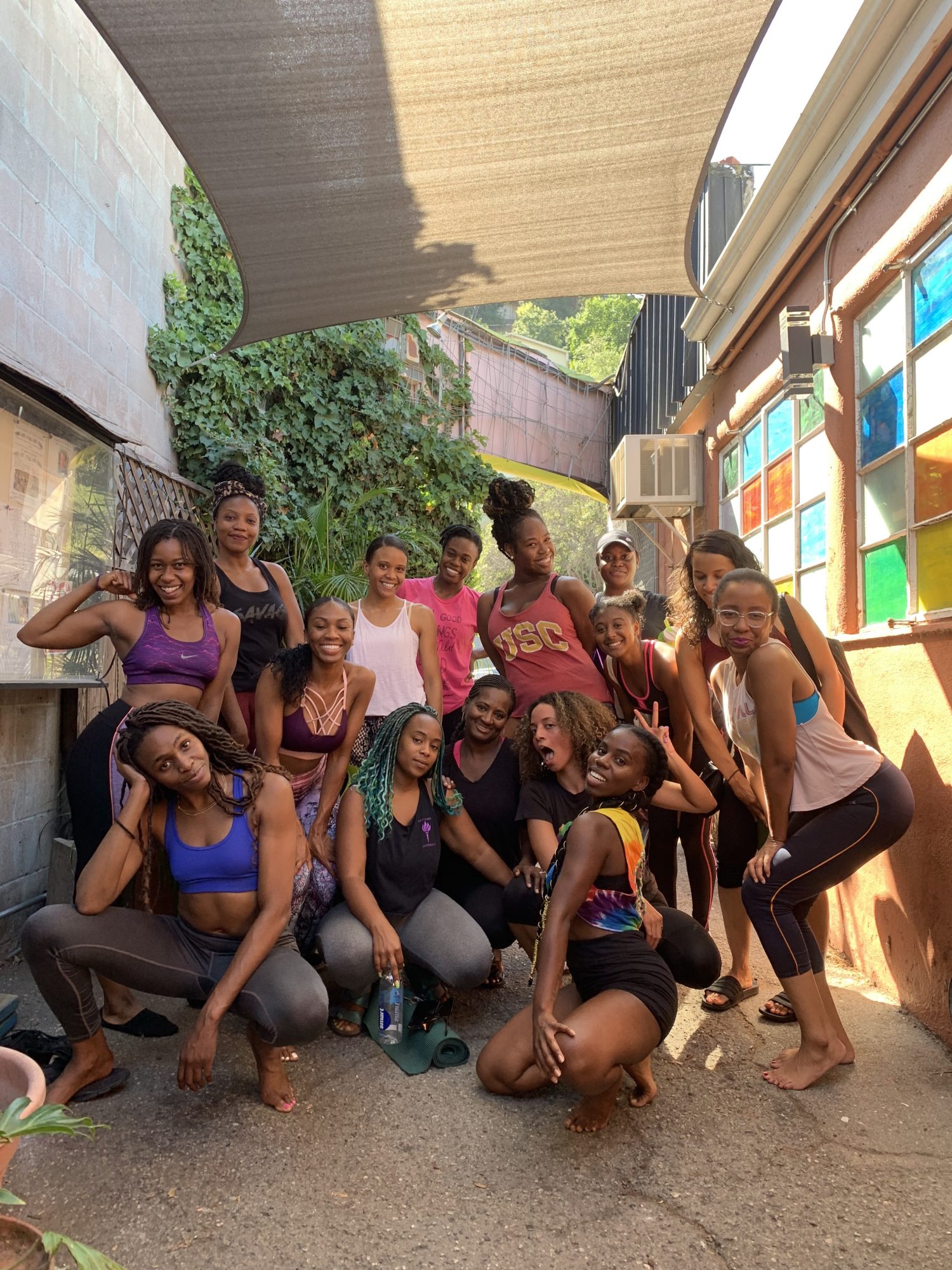 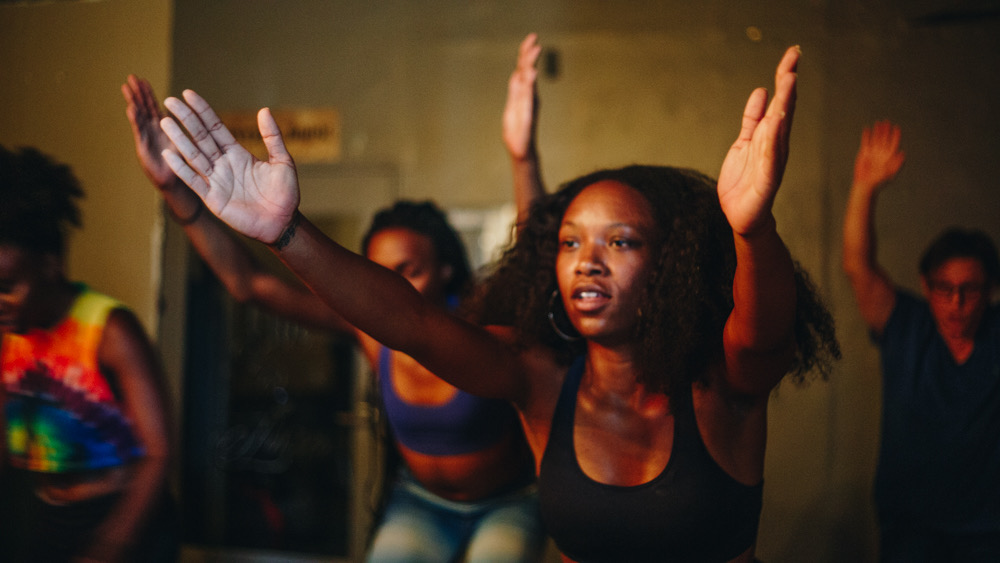 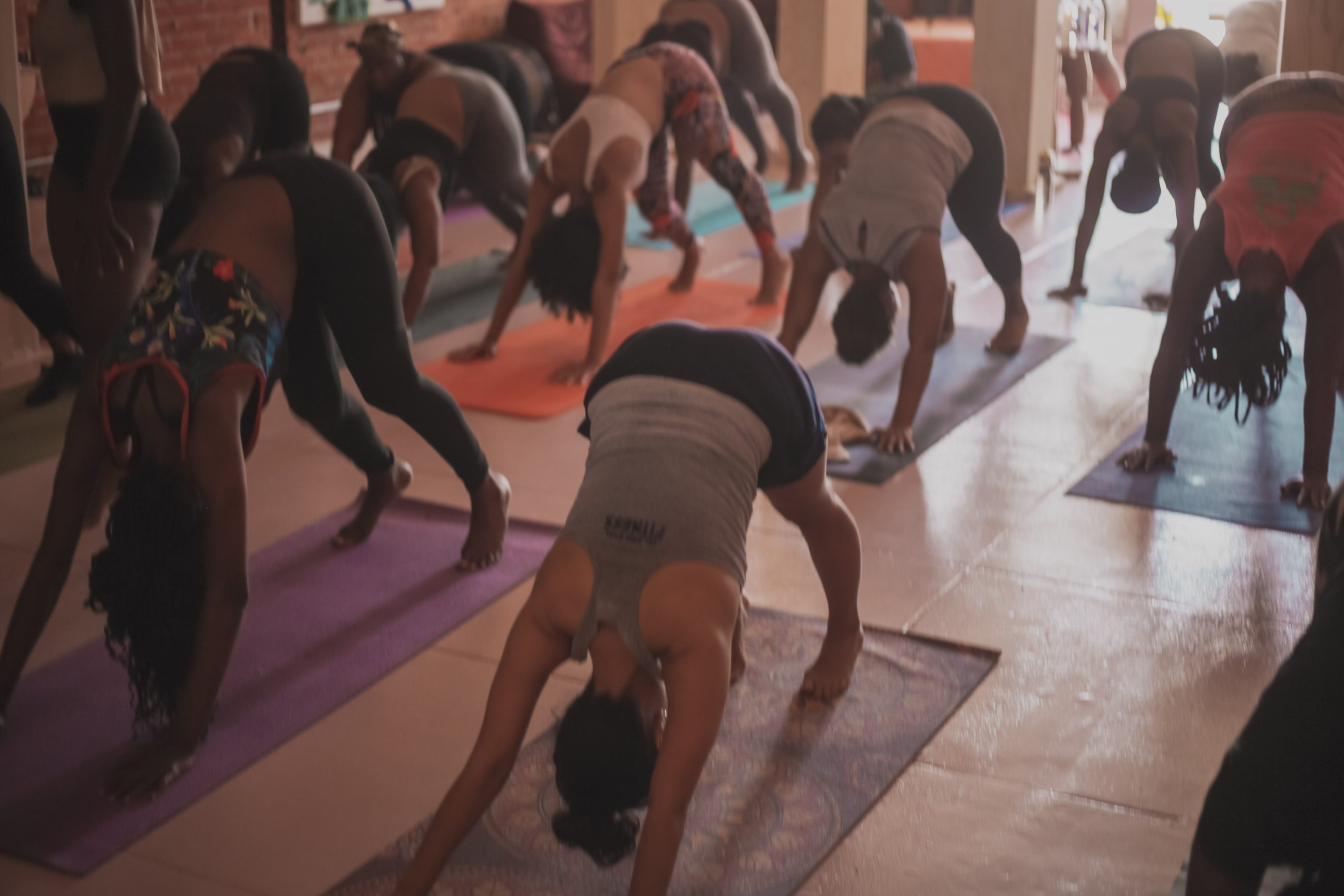 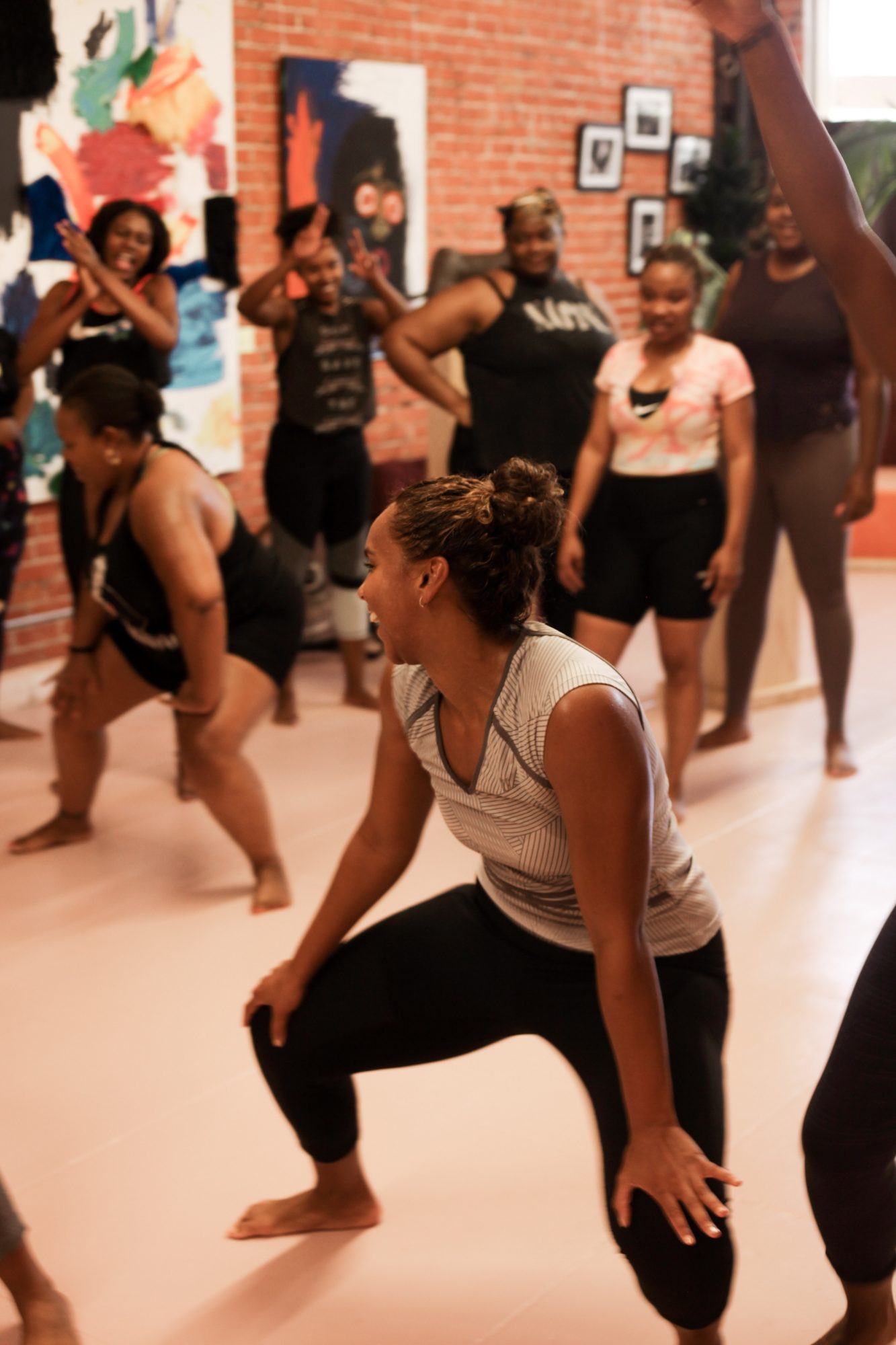