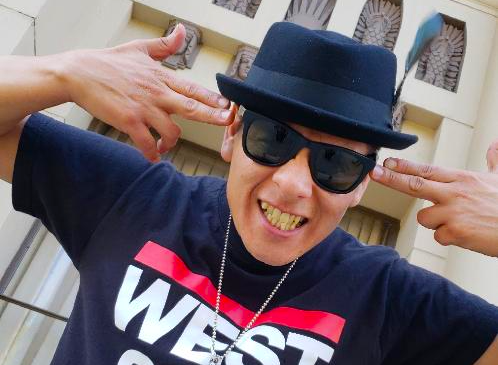 Thanks for sharing your story with us Smarts. So, let’s start at the beginning and we can move on from there.
I was born in a small town outside of Guadalajara, Mexico and moved to California with my family when I was one year old. I was raised in Long Beach and that’s where my appreciation for Hip Hop began, the music, graffiti art, break dancing, djing, fashion, all of it. Throughout elementary all the way into high school, my friends and I would gather to freestyle raps, draw in our black books, and breakdance, while listening to some hip hop music. Back then, my 1st “unofficial” mixtape was recorded on a cassette tape well before the “digital age”! I’m grateful that my hobby has continued well into my adult years and I’ve been able to contribute to the community with my music and with my art. Because I spend a lot of time writing and cultivating my style, I hadn’t had the opportunity to perform my music in front of crowds yet. It really wasn’t until my close friends and girlfriend (Rockette) encouraged me to start participating in open-mic nights. This is when I was introduced to the Argileh hookah lounge in Whittier. Once I became acquainted with the lounge and its performers, I too became a regular performing artist, this is where I also met so many other artists including Pawz.

Soon enough, I was being asked for my mixtape and merchandise by the locals. This response and support really motivated and inspired me to continue to pursue and perfect my craft. It was only obvious from there that I would work on the release of my own album. I named that 1st mixtape, “This Is Why I Hate You”, named after my lead track which covered many subjects like global warming, cops, the illuminati, other rappers, etc. I had so much to say on “This Is Why I Hate You”, I did four sets of sixteen bars instead of three sets. I had a good response to my album and songs while performing at the lounge. I put together the album from instrumentals I found unique from producers all over the earth, that way every song differs from the next giving it a completely different feel and mood. Once I went online, the opportunity started pouring in. I started connecting and recording songs with emcees from around the world, Australia to Africa. Unlimited beats and artists to vibe with from anywhere at anytime. I was on a music site and joined with the best emcees they had at the time, we called ourselves, “The Other Guys”. This group was made up of JON?DOE, and Myself who were from Cali. Beast from Canada, and SLiM PiCKENS from the East Coast. Together We dropped The Other Guys mixtape. It was different from what I was doing at the time so I was able to adapt to the subjects they had, it helped me grow as an artist especially working with a group of talented artists.

After The Other Guys project I released my second album “Political Party”, the concept for this mixtape was to separate “topics”. Half of the songs were party type tracks while the other half would focus more on politics. I uploaded “Political Party” onto a few music sites and again opportunity came knocking, I was approached to join a New York label – Darkstarz Records. They had some dope mc’s at the time that were dominating Wu-Tang hip hop blog sites, so I decided to join. I started being featured on most of the artists on the roster and again every artist brought his own flavor to the beat. After making all my features with the Darkstarz squad, I worked on, “Westcoast Exterminator”. I took my time perfecting my bars on this album. Some of my favorite tracks on this album we’re ”hip hop cyphers” in which I was able to reunite with a high school friend Sortz; we also recorded a video to accompany it. “Hood Life” was a song that described my life growing up in Long Beach surrounded by drugs, gangs and poverty. “Lion Heart” is a song that deals with a father pleading to God wishing to see his daughter and “Jail Birds” describes life behind bars. This album was my representation of what a West Coast emcee can do. During this time, I was still performing at different venues and opening up for many of the known artists that I enjoy listening to. This is where my talent is displayed and often I get props from the opening act or another artist wanting to work with me. Some of the artists I have opened up for include Redman, Fat Joe, Canibus, Percee P, Evidence of Dilated Peoples, Visionaries, Freestyle Fellowship, (expired link) The Rugged Man, Planet Asia, Agallah, etc.

My fourth album “CIVIL DISOBEDIENCE” was a lofi raw rap type album. I used the Darkstarz producers and artists to make that album into fruition. This was a small collection of lofi beats with raw intricate rhymes. “Civil Disobedience” a song describing a country under civil disobedience. I think it resonated with people because at the time it was released, there was controversy regarding the presidential and political. I met Iggy (The Real I.G.) when I was practicing breaking. He had heard I rap and we soon became a crew. Nasty by Nature practices all forms of Hip Hop, we rap, dj, break, graff, etc. Iggy introduced me to his younger brother Max (MaddMaxx da Gooch) and I became a member of their group ProTeam and we immediately started performing all over Los Angeles and Orange County. While performing at different venues, I came across Palabra Malavarez. He and I quickly started to develop an album, during which Iggy and myself jointed with Palabra and his crew “PRTSUNKWN” a play on “parts unknown” a term often used when announcing a wrestler. I’ve been gathering my songs that feature artists like Killah Priest, 2Mex, Block McCloud, Planetary from Outerspace, SadatX, Pawz One, and Iman from Tha Mexakinz. Pawz One and myself had a limited run vinyl pressed featuring our song with SadatX. They will soon all be featured on my newest album, “Chief Sessions”. I consider them all chiefs in their own right. The video “Chief Sessions” can be viewed on YouTube now, it features myself with I.G. and MaddMaxx da Gooch. I plan on releasing this album as early as the beginning of 2020.

We’re always bombarded by how great it is to pursue your passion, etc – but we’ve spoken with enough people to know that it’s not always easy. Overall, would you say things have been easy for you?
I guess you can say its been somewhat a great experience, I’ve met and worked with many positive people while doing what I love. The only real struggle is not having enough time to fully commit to my craft, I have a career outside of rapping and it usually consumes most of my time. Another issue I have is being a perfectionist with my songs, I need to get accustomed to releasing music sooner rather than later.

We’d love to hear more about your work and what you are currently focused on. What else should we know?
I started rapping as Smarts seriously about eight years ago when I wasn’t finding music I wanted to hear, so I decided to make my own. I mostly specialize in lyrics that incorporated many topics from current events, movies, history, politics, sports, cartoons, conspiracy theories and so on. I don’t like to floss jewelry or have eye candy in my videos, I want my music to speak for itself. I like to think my lyrics, flow and cadence stand out from the other artists out. I put a real effort into my poems and make what I have to say have meaning. I like to weave my lyrics so I may have a few words rhyming during the bars. 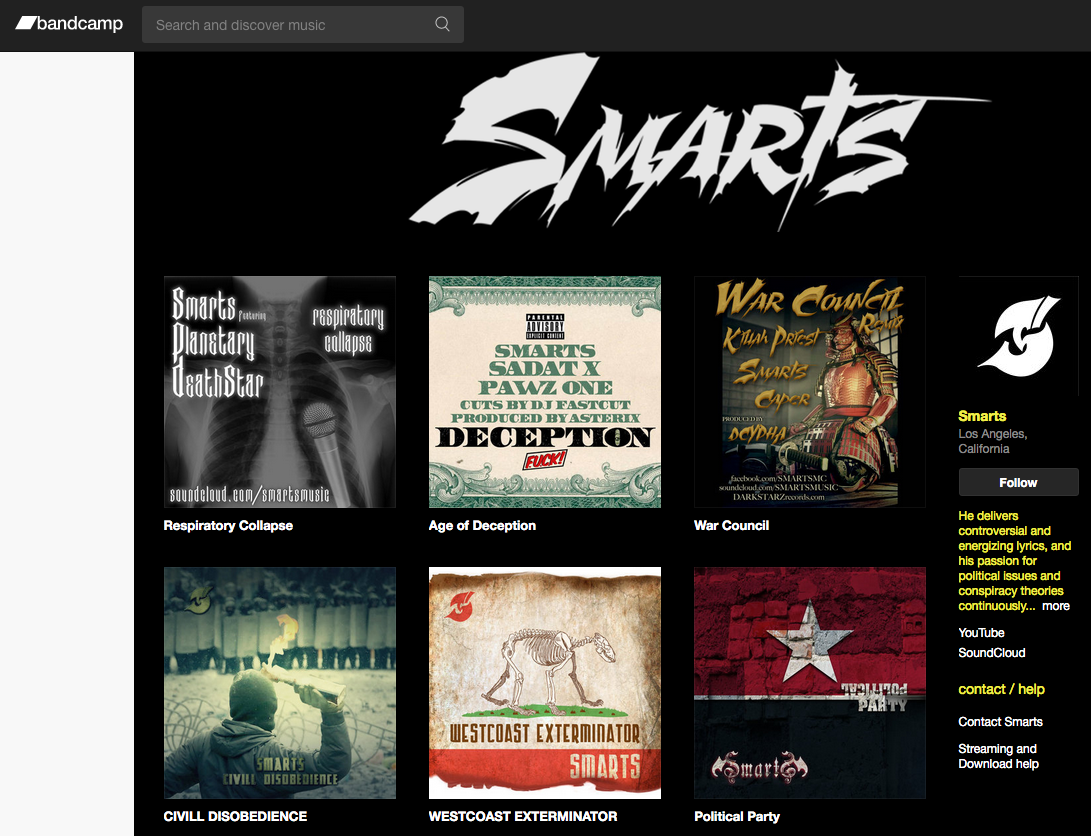 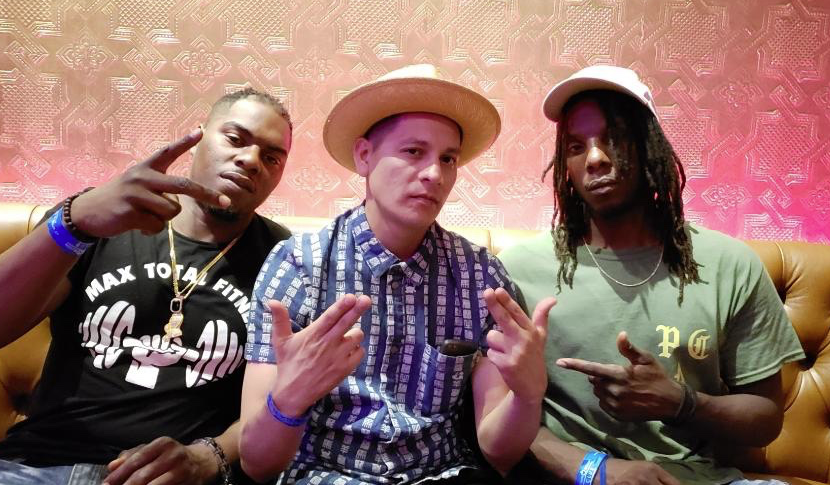 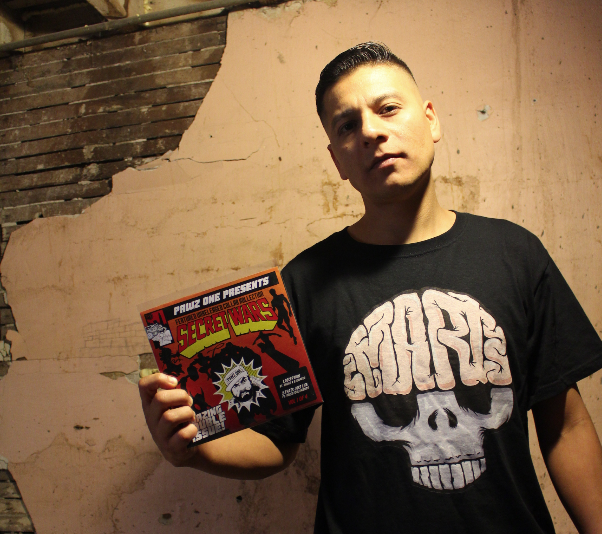 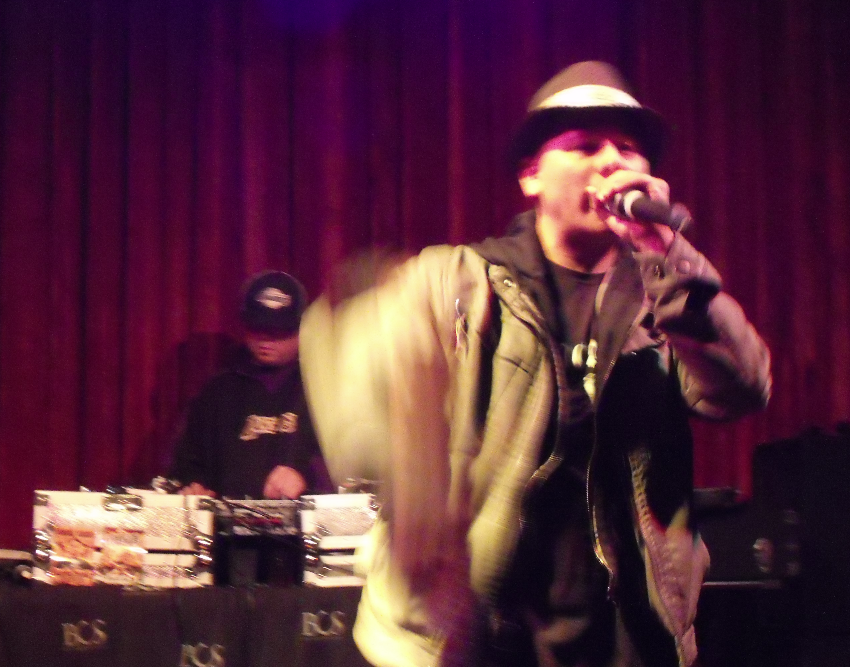 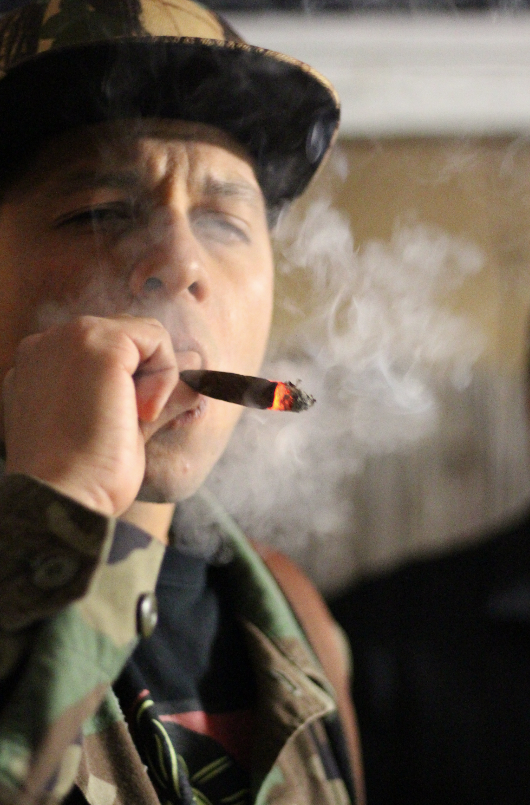 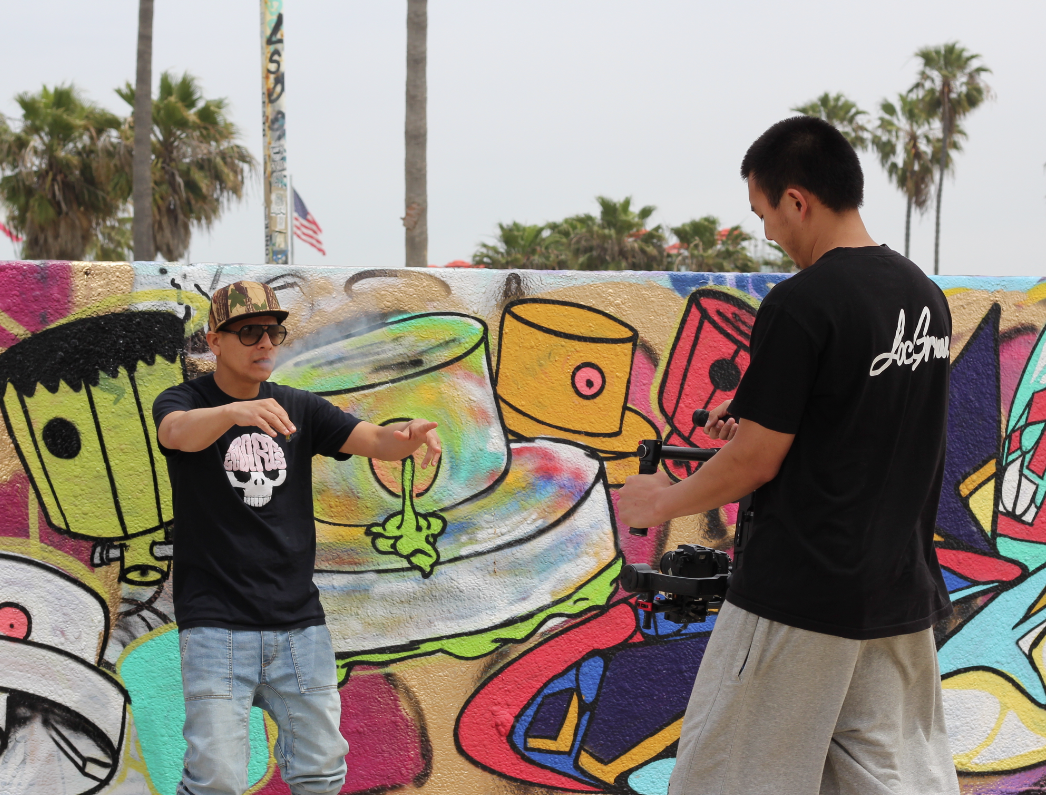 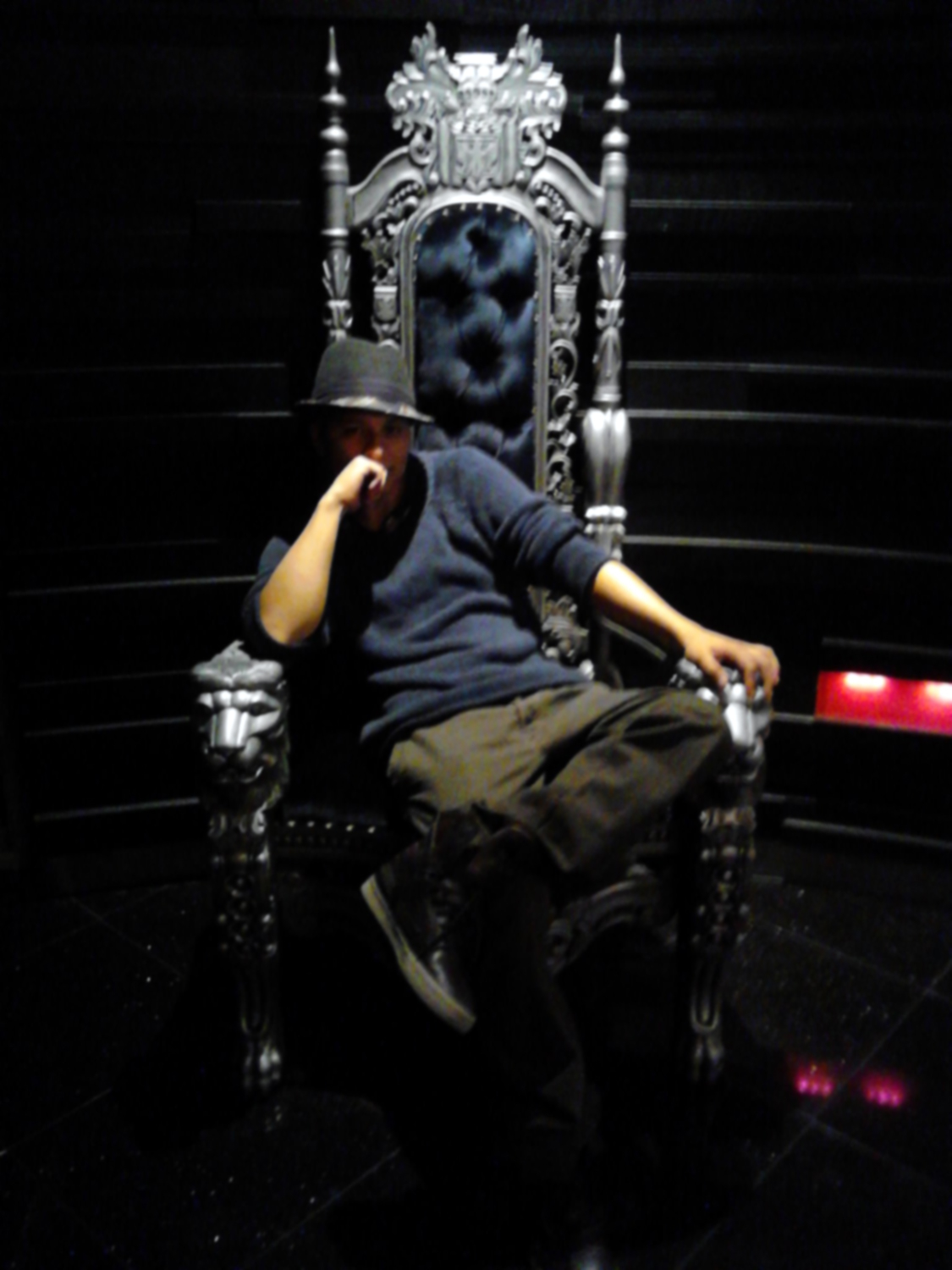 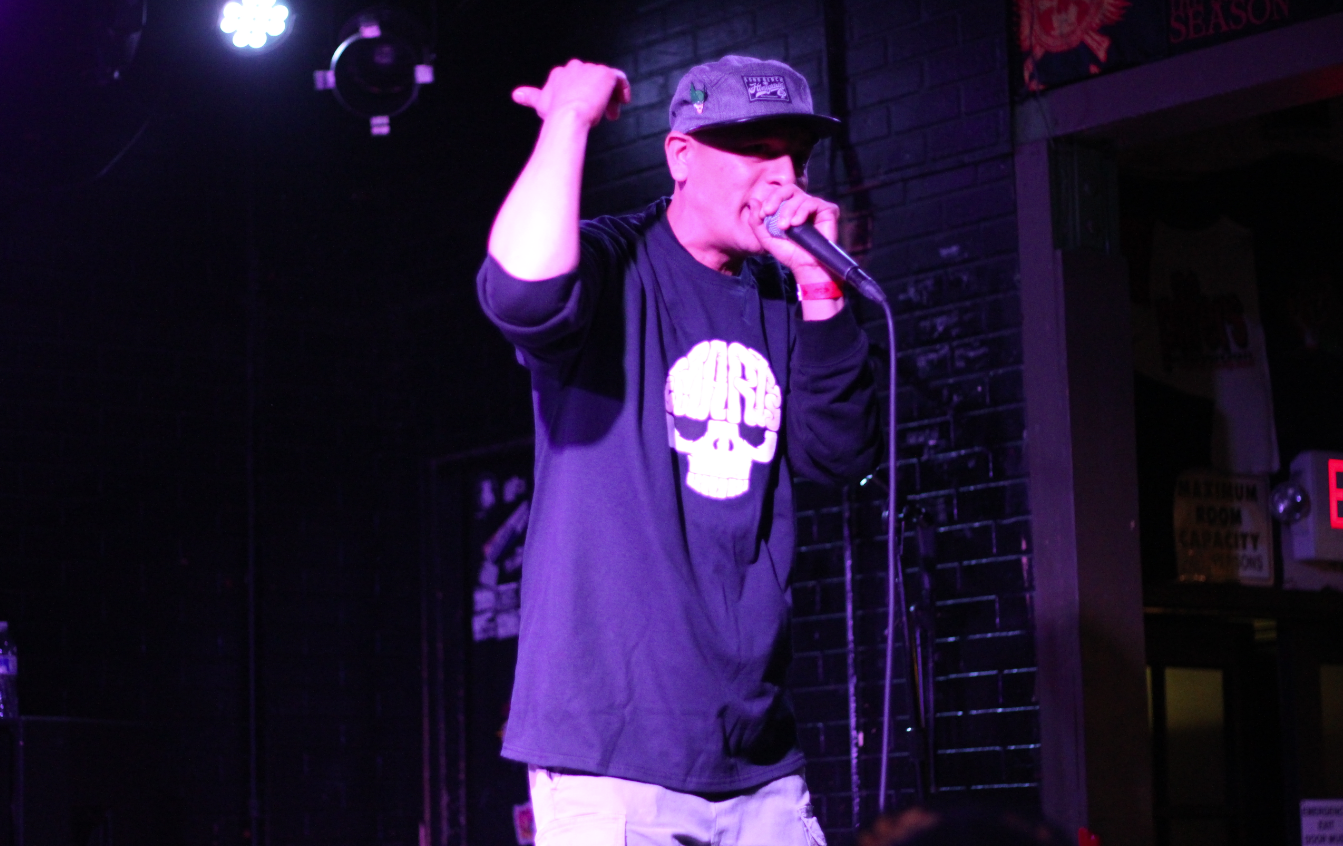 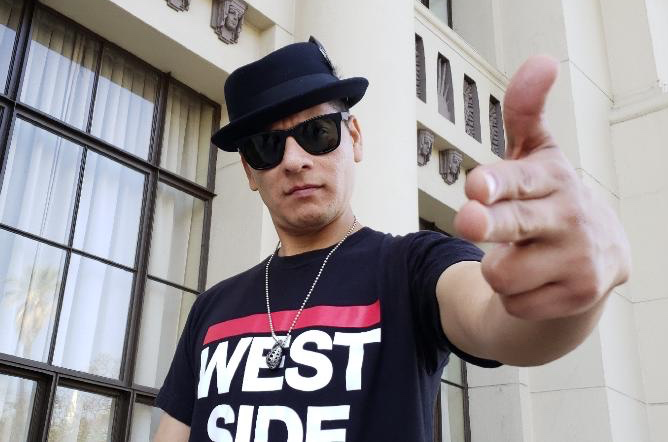