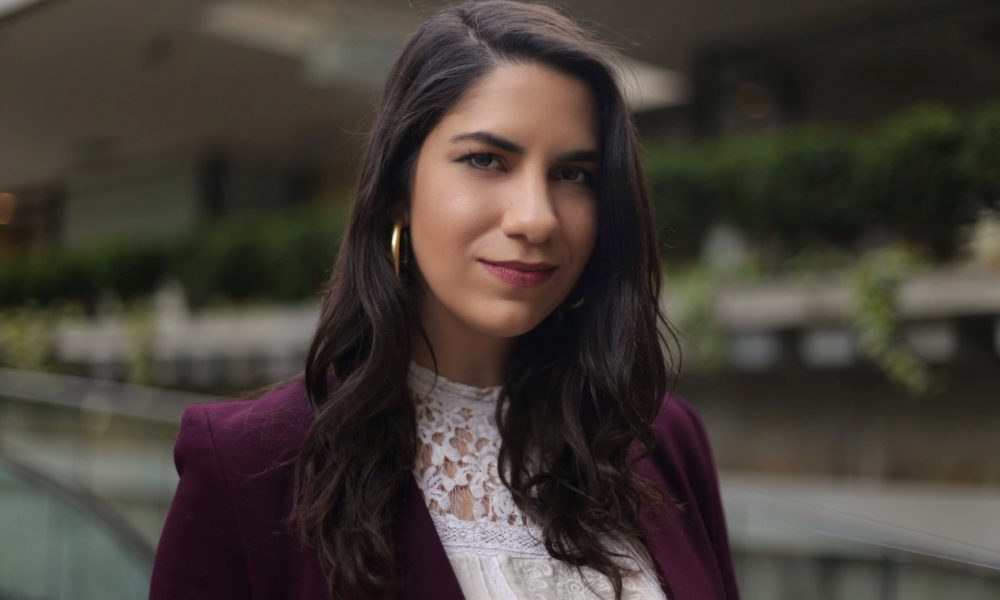 Today we’d like to introduce you to Skylar Economy.

Hi Skylar, so excited to have you with us today. What can you tell us about your story?

From as early as I can remember, the hospital was a second home to me. I spent much of my childhood in the hospital visiting my older brother who has severe epilepsy. At a young age, I learned to make the most out of every situation – and at the time, this meant creating make-believe scenarios hugely inspired by my favorite films and TV shows as a kid. I remember standing by my brother’s hospital bed and clipping his oxygen sensor onto my finger so I could pretend like I was E.T. and sliding down the hospital hallway in socks like the scene in Risky Business. Watching my favorite TV shows with my brother in his hospital room was something that also made life feel somewhat normal as well. Film and TV was what helped me get through these traumatic experiences growing up – and I carried this throughout my life.

In middle school, I picked up my first camera and started writing scripts in notepads with my friends. It was a creative outlet that let us depart from our own realities for a few hours at a time. As I grew older, I fell into the power of journalism. While in college at UC Berkeley, I wanted to merge both of my loves – journalism and film. I ended up interning at CNN in the Documentary Unit in both Atlanta and NYC during my summers between college semesters. These experiences helped me enter a new space I had not been a part of before: documentary film.

During my time at Berkeley, I explored film through theory classes – I learned about everything from color theory, film history, sound theory, and much more. When I was a Junior in college, I became close with the organization for formerly incarcerated and system impacted students on campus, Underground Scholars. We developed a short educational film about four formerly incarcerated students at UC Berkeley and their individual journeys to higher education – From Incarceration to Education (FITE Film). The goal of this film is to educate and inspire those who are currently and formerly incarcerated to seek higher education during or after incarceration. We were awarded grant money and we crowdfunded the rest to make the film. Since its release in 2017, the film has been screened at prisons, jails, juvenile halls, college campuses, parole meetings, courts, and organizations around the country. FITE is currently being broadcasted on the CA state prison television network and is available at college libraries. At every screening we coordinate, we have a panel consisting of the film’s cast or local students who are system impacted. The film is a catalyst for discussion, but the discussion that follows is what connects people and creates action.

When I graduated college, I decided not to take a full-time job at CNN in New York and instead take the risky jump into the more unsteady, alternative film route. I started out as a freelance Production Assistant while working on my own personal documentaries – which entailed long hours and a lot of work. There was no linear path – just the path I pursued and hoped would take me to my goals.

Nowadays, I own my own production company, and I direct and produce films – both documentary and scripted, music videos, client work, and commercial content. I have worked with companies such as The Atlantic, VICE, PBS, New York Times, CNN, The New Yorker, NFL, Toyota, and Netflix on film and photography projects. More recently, I am a Creative Producer and Director for Condé Nast working on video content for Architectural Digest, Condé Nast Traveler and SELF. My films have been recognized through a number of accolades with organizations such as the Clinton Global Initiative, Fast Company’s World Changing Ideas, Realscreen, and Red Bull Amaphiko’s Academy for Social Entrepreneurs.

We all face challenges, but looking back would you describe it as a relatively smooth road?
As a female filmmaker who doesn’t come from a wealthy household and without family members in the industry – of course, the road has been tough. By entering an industry run by nepotism and wealth – and as someone who doesn’t fit the traditional mold of what a filmmaker looks like – of course, there have been many challenges along the way.

I remember on one of my first PA jobs, I was the only woman on set. It was during the Weinstein trials, and everyone discussed the recent events during lunch. All the crew (except for me – as the only woman in the room) agreed that Weinstein didn’t do anything wrong and that the women were telling lies. Of course, this made the rest of the day extremely uncomfortable.

In addition to uncomfortable scenarios on sets, it has been a financially unstable rollercoaster as a freelance filmmaker. Some months are great – and some months, not so much. Even though I have risen in the industry and am now being hired to produce and direct, there are still times when I struggle to find the balance in pursuing my own projects while simultaneously working on several freelance jobs to make enough money for the month. Until a personal project gets funded, it’s the consistent juggling act of doing paid work and pursuing my own art.

To continue this path of filmmaking, you must really love what you’re doing – and believe in your grandest of dreams. My love for film and my excitement towards my dreams within filmmaking is what fuels me to keep going – no matter how bumpy the road gets along the way.

As you know, we’re big fans of you and your work. For our readers who might not be as familiar what can you tell them about what you do?
My mission is to amplify the voices of those left unheard and misunderstood in mainstream media. Every film project I start has a social impact component to it. Film has the power to empower and to educate – and as filmmakers we have the ability to do just that through our art. Growing up with a developmentally disabled brother, being disabled myself, and being a woman, my voice and my brother’s voices are often unheard in film and media. Through the work I do, I meet so many different people with so many different backgrounds. But what’s truly amazing to me are all the parallels that we all have as well. Being able to relate to one another is what brings us together. Through my films, I want to amplify these unheard voices in the world while simultaneously highlighting our similarities. I am currently directing several feature documentaries and an animated short film that I hope to bring to the world soon!

I’m proud of how far I’ve grown and progressed within the (cutthroat) film industry throughout the years – and for always following what feels right to me. To be able to look back now and to have the ability to give advice and wisdom to people who are in the same shoes I was once in is the biggest honor.

However, I am most proud of the impact my film projects have made on those who view them. One of the highlights of my film career happened in 2017 at a screening of FITE Film. Someone from the audience came up to me after the screening who had just gotten out of prison after around ten years. He was beginning community college but had thought of quitting due to how difficult his adjustment out of prison had been. He said that by watching my film and hearing the success stories of those who have similar lived experiences as his, he realized he could also pursue higher education like the people in the film. He became newly inspired to continue with his education – and maybe one day go to a school like UC Berkeley. Fast forward just a few years – he got accepted to both UC Berkeley and UCLA. Stories like this are what keep me motivated and inspired as a filmmaker.

Alright so before we go can you talk to us a bit about how people can work with you, collaborate with you or support you?
I always love collaborating with other artists with various backgrounds. Feel free to check out my website and email me if you’re interested in collaborating or supporting my work! 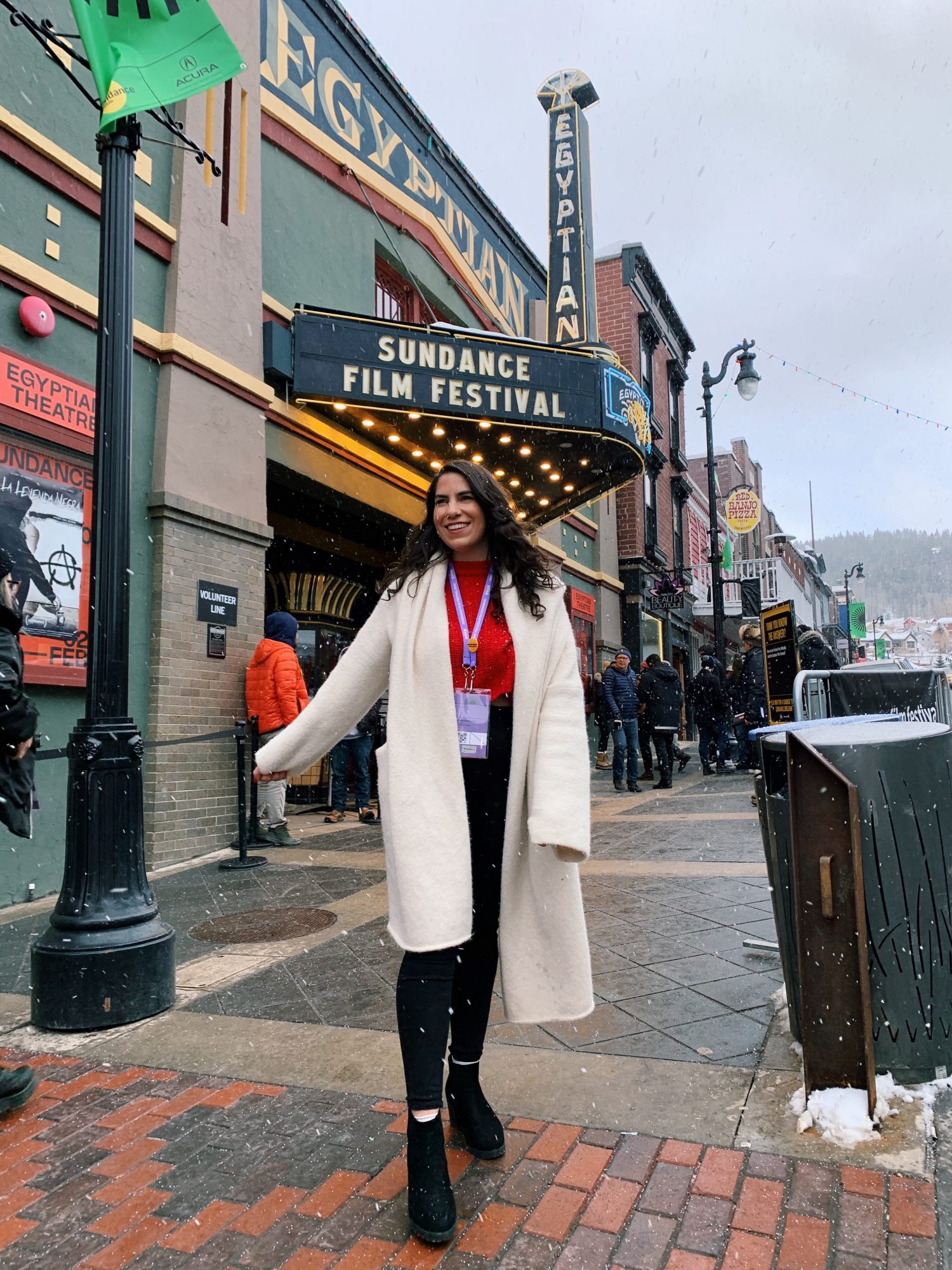 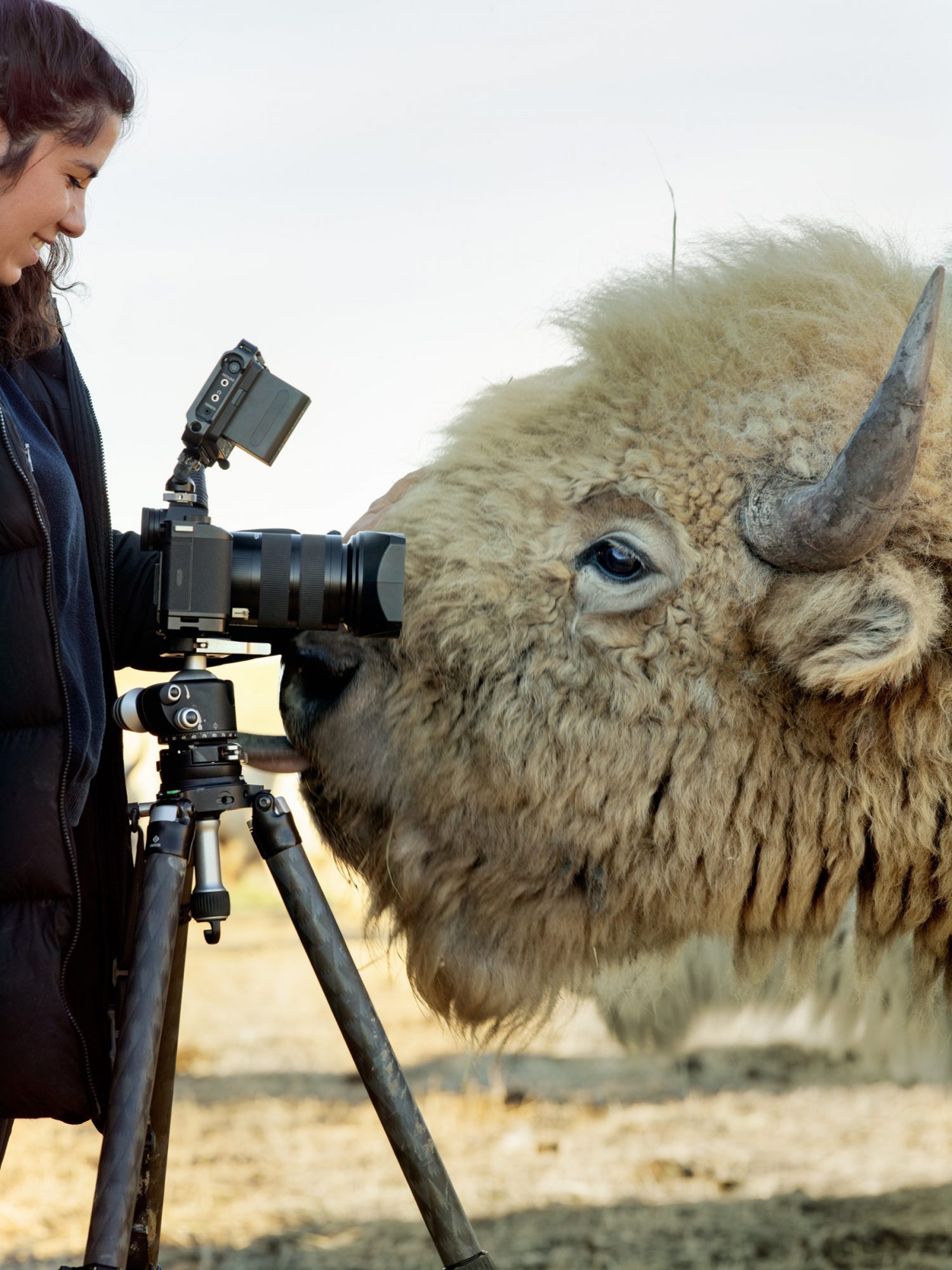 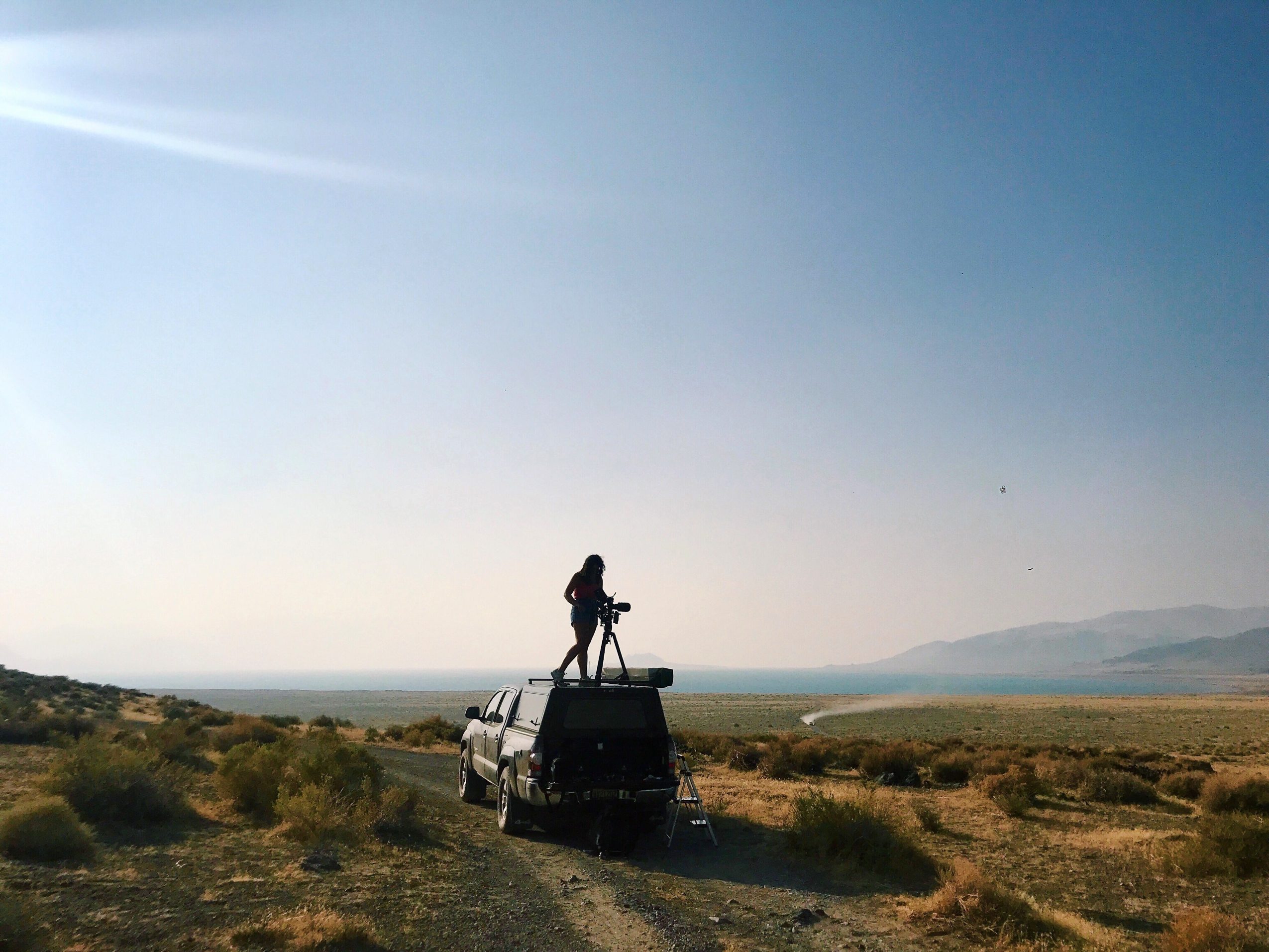 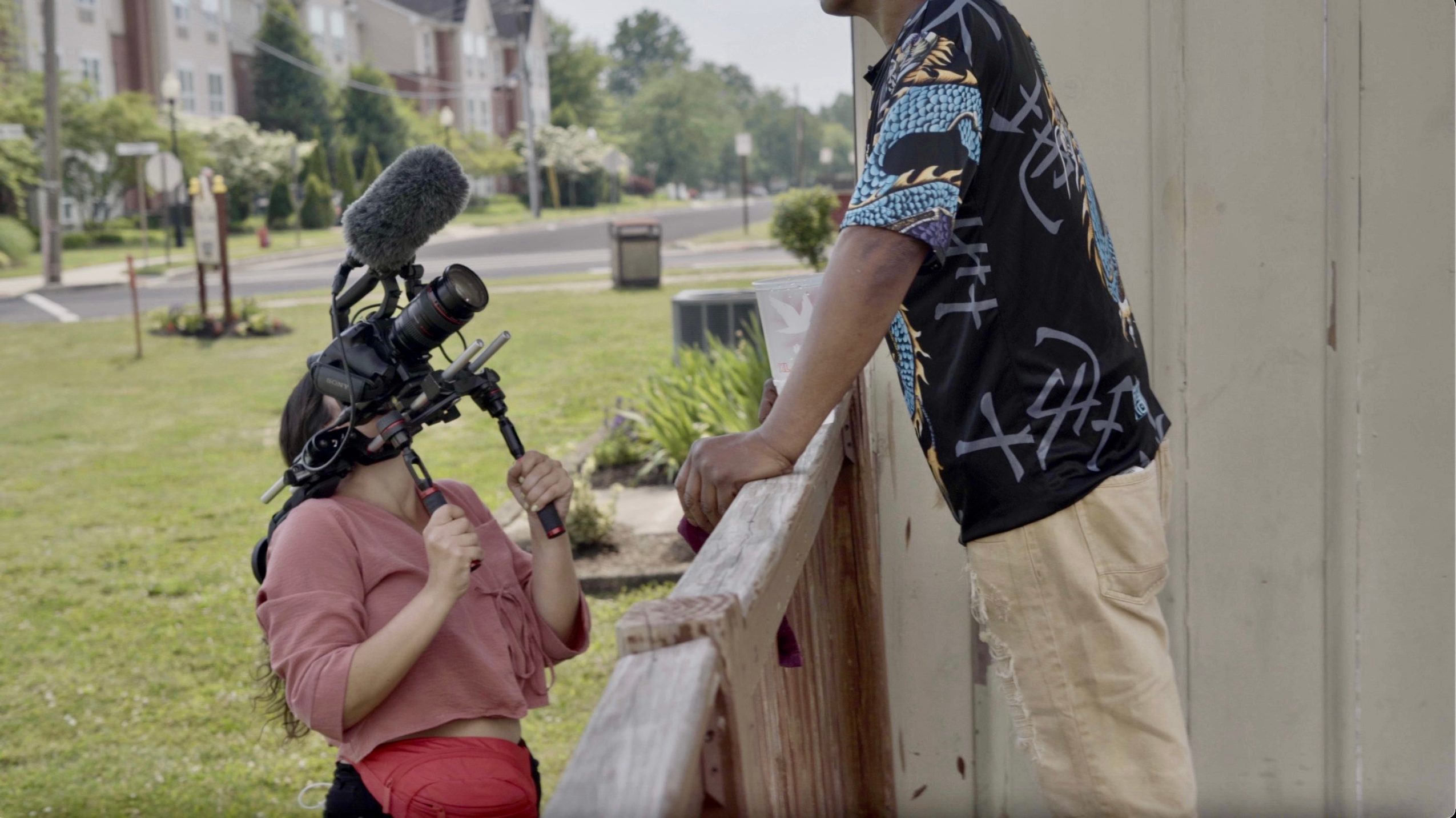 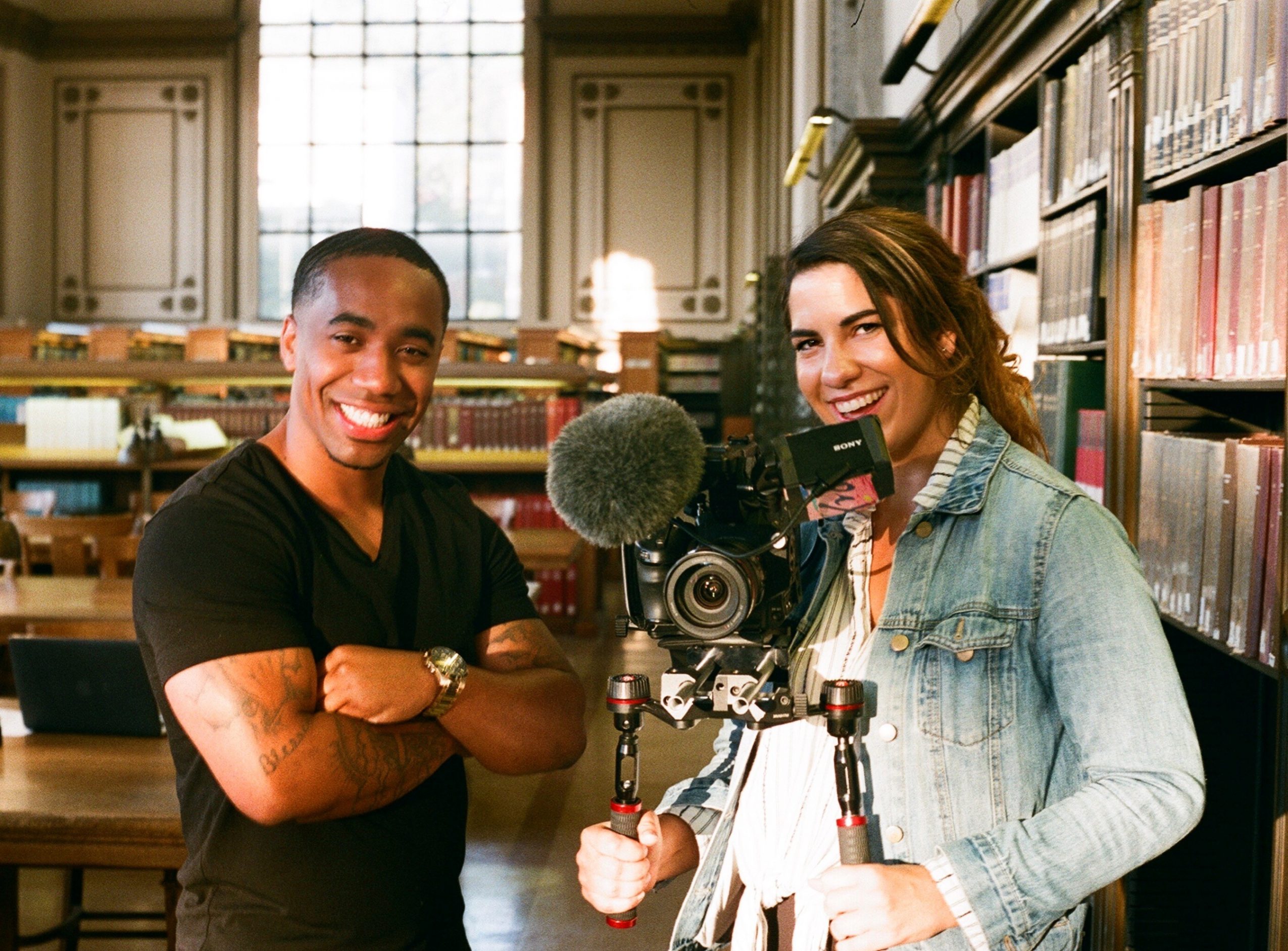 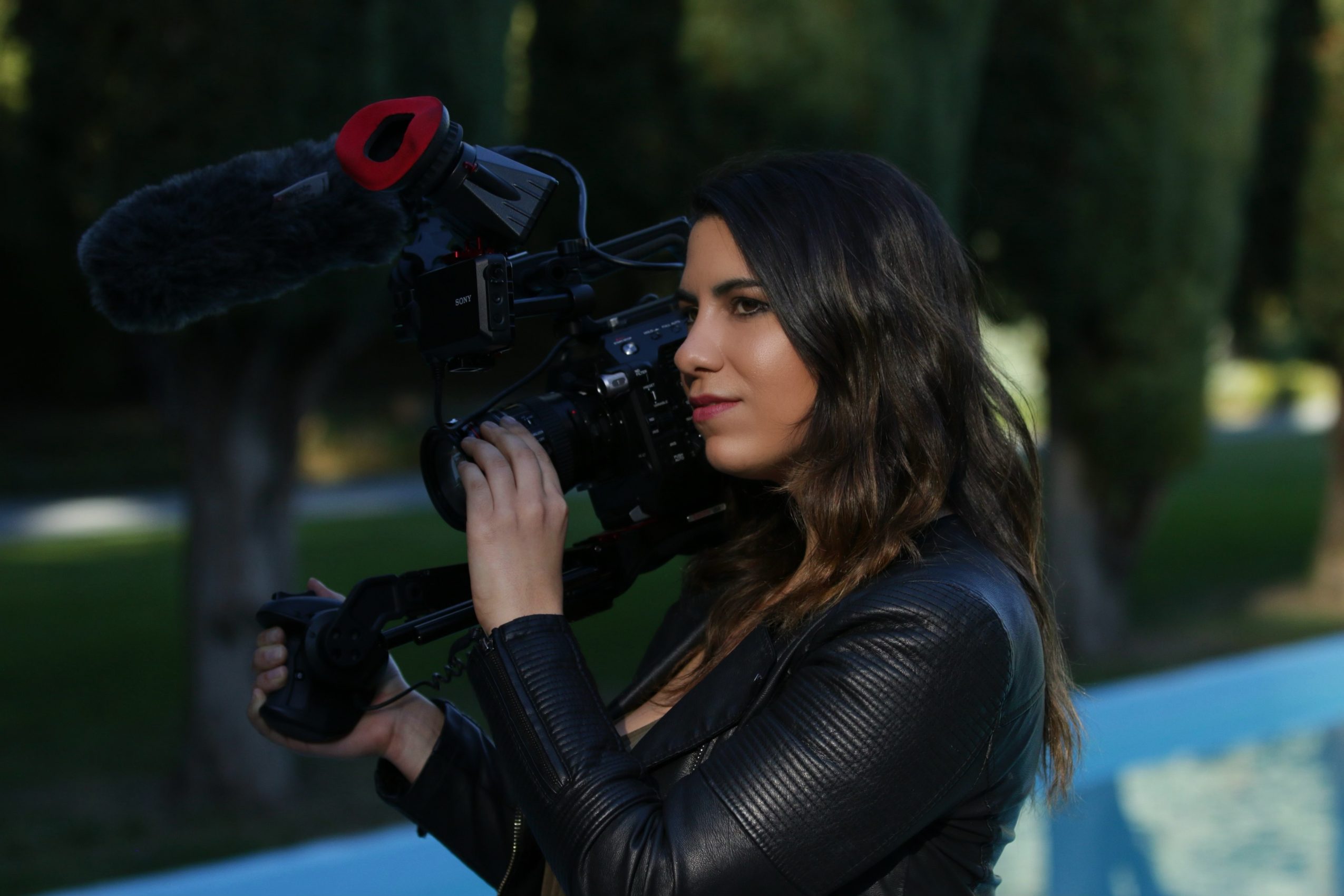