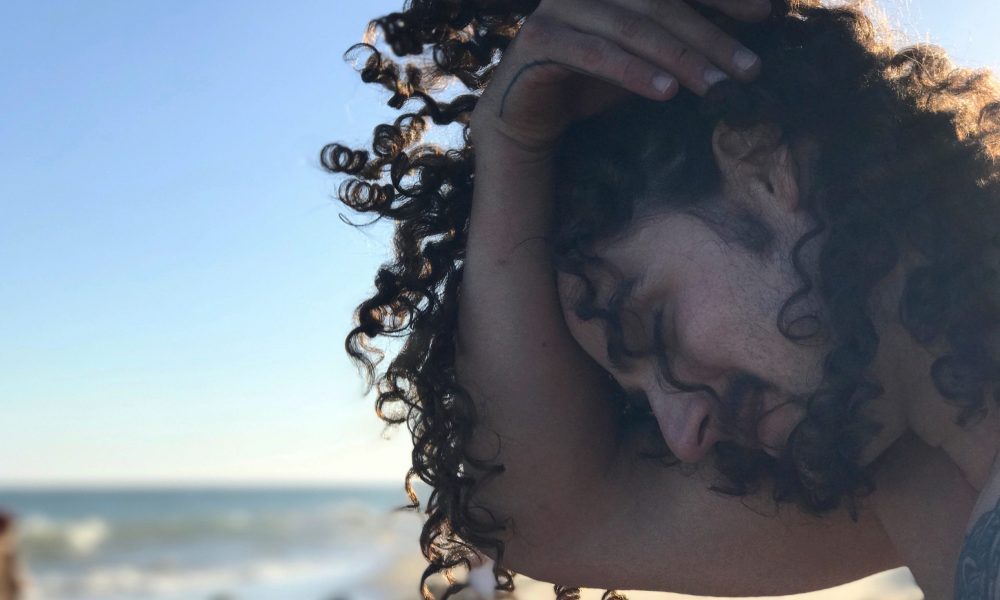 Today we’d like to introduce you to Simon Greenberg.

Simon, can you briefly walk us through your story – how you started and how you got to where you are today.
I grew up in Berkeley, CA and was always encouraged to express myself however I felt fit. As a child, I wasn’t aware of movement as a creative outlet and instead found myself enjoying movement because it was exhilarating to move and push limits. I loved the physical rigor of sports but have never been driven by competitive motives, and found myself more interested in the obstacles I could overcome within myself as opposed to being a “winner”. I played lots of team sports and practiced martial arts, earning my black belt by age 10, but eventually was found by dance at the local studio.

My older brother, Nathan, started dancing at Katie’s Dance Studio in El Cerrito when he was young and I would always find myself in the waiting room with my mom during his classes. I’ve also always loved music and have played drums for as long as I can remember. Given these interests, it was no wonder I was struck with awe when I saw my first tap class at Katie’s. Throughout my teen years, I found a community of dancers and friends at Katie’s in all of the jazz, contemporary, acro, tap, and hip-hop classes I took. Katie Maltsberger owned the studio, and as well as pushing us physically, she held us all to high professional standards even as kids, which was invaluable. As well as taking dance classes at the studio, I had the opportunity to take a class called Dance Productions with Linda Carr at Berkeley High School. That was my introduction to choreography as a creative outlet and helped form my decision to audition and attend the California Institute of the Arts (Calarts) after graduating high school. My interest in dance was developing and growing, and so was my interest in the manipulation and creation of sound, tying dance even more into my musical beginnings.

I went to Calarts for dance and choreography, and for the next four years would find myself surrounded by incredible artists and people, hungry for creation and new ways of thinking and exploring. Here I danced for many friends and faculty over the years, editing music and making original soundscores whenever I could and spending time in the theatre with incredible technical mentorship. I was infatuated with being involved with dance from every angle.

During my second year of school at Calarts, a company called Diavolo came in to set a piece for the winter dance concert. I hadn’t heard of them before but was immediately intrigued by the athleticism, danger, and trust that was involved with their performances. Spending the next few months learning that piece was pivotal for the trajectory of my career. This is what I wanted to do.

I auditioned for Diavolo during my third year of school but was told by Jacques that he wanted me to finish out earning my degree. I was disappointed but it was comforting that a director wanted me to finish my education before jumping on the road. I auditioned again, weeks before graduation, and got a call back asking me to be a part of the touring company. I was beyond excited about what this meant for the future.

I’d spend the months following graduation performing for Artistic Director and great friend, Mallory Fabian, with her company Fabe., heading to Berlin to take classes at the B12 workshop series, and would top off the summer by joining Diavolo for America’s Got Talent and continue to tour with them for the next three years. I found myself surrounded by some of the most amazing people I’ve ever met, who pushed each other like nothing I’ve ever seen before. I became a part of a group of people who made the impossible happen on the regular, and will always carry that with me.

Overall, has it been relatively smooth? If not, what were some of the struggles along the way?
It’s been a road full of work. I’m extremely privileged to have been given the opportunities that I have, and I try my best to walk through open doors. I’ve always found myself surrounded by incredible friends that see me through trying times, and I know that a loving community makes all the difference.

We’d love to hear more about your work and what you are currently focused on. What else should we know?
I am an athletic dancer and passionate mover who loves theater technologies, sound, and video. While I grew up focusing on more broadway-styled jazz and tap dance, I developed a love for contemporary movement with a flair of acrobatics and have always love to wiggle. I’ve honed my skills as a theater technician, played in bands as a drummer, been the sound-designer for shows with original scores of my own as well as working with popular music, and have been blessed to tour nationally and internationally as a professional dancer working with massive set pieces and beautiful people. I love being able to play varying roles in shows and have always been someone who craves an array of stimuli. I find fulfillment in sharing the human experience on stage from the wings, the booth, and the stage.

Do you look back particularly fondly on any memories from childhood?
My uncle Adam took me to a magic show at the Kensington Public library. Performing there was a magician named Alex Ramone, who at one point in the performance asked for a volunteer. Against my introverted tendencies, and sitting in the center of a group of equally excited kids, I joined in raising my hand for the chance to help make some magic. Someone off to the side made some strange noise so I raised an eyebrow and looked that way. I’d later find out that this eyebrow raise was what got me chosen to assist Alex. I waded through the group of kids, and Alex put me in what looked like a tux jacket, except it had holes in the back for him to slide his arms into, presenting the “illusion” of his arms being mine. He performed a few card tricks, cueing my reactions, telling me when to gasp or act like I was thinking, to accompany what his hands were doing. He said “on the count of three, do that eyebrow thing”, and sure enough on “three” the cards sprang to life and I looked like a confident magician with arms that were humorously way too big for his body. That show sparked something in me – a desire to provide that inclusive feeling of wonder to audiences. 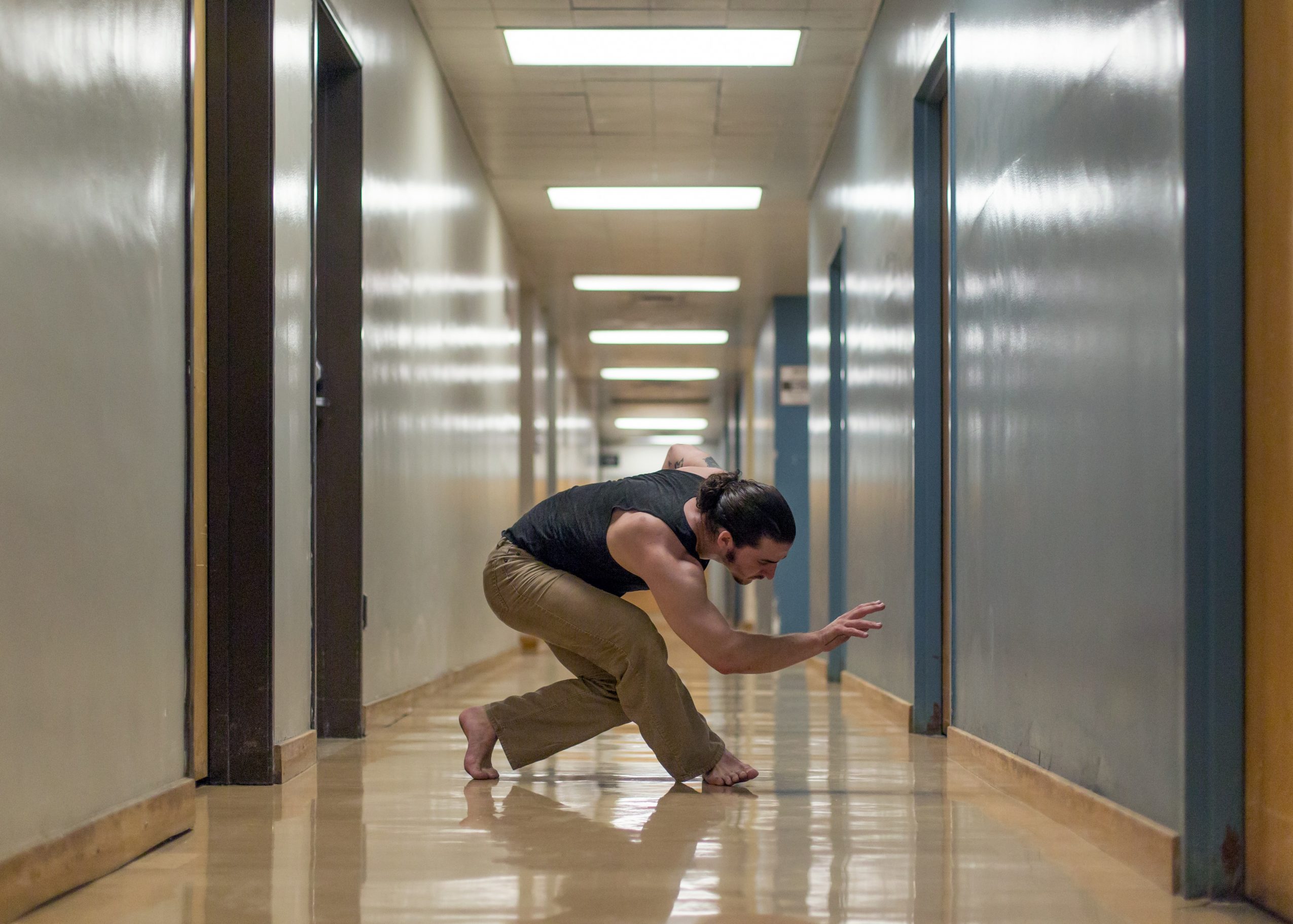 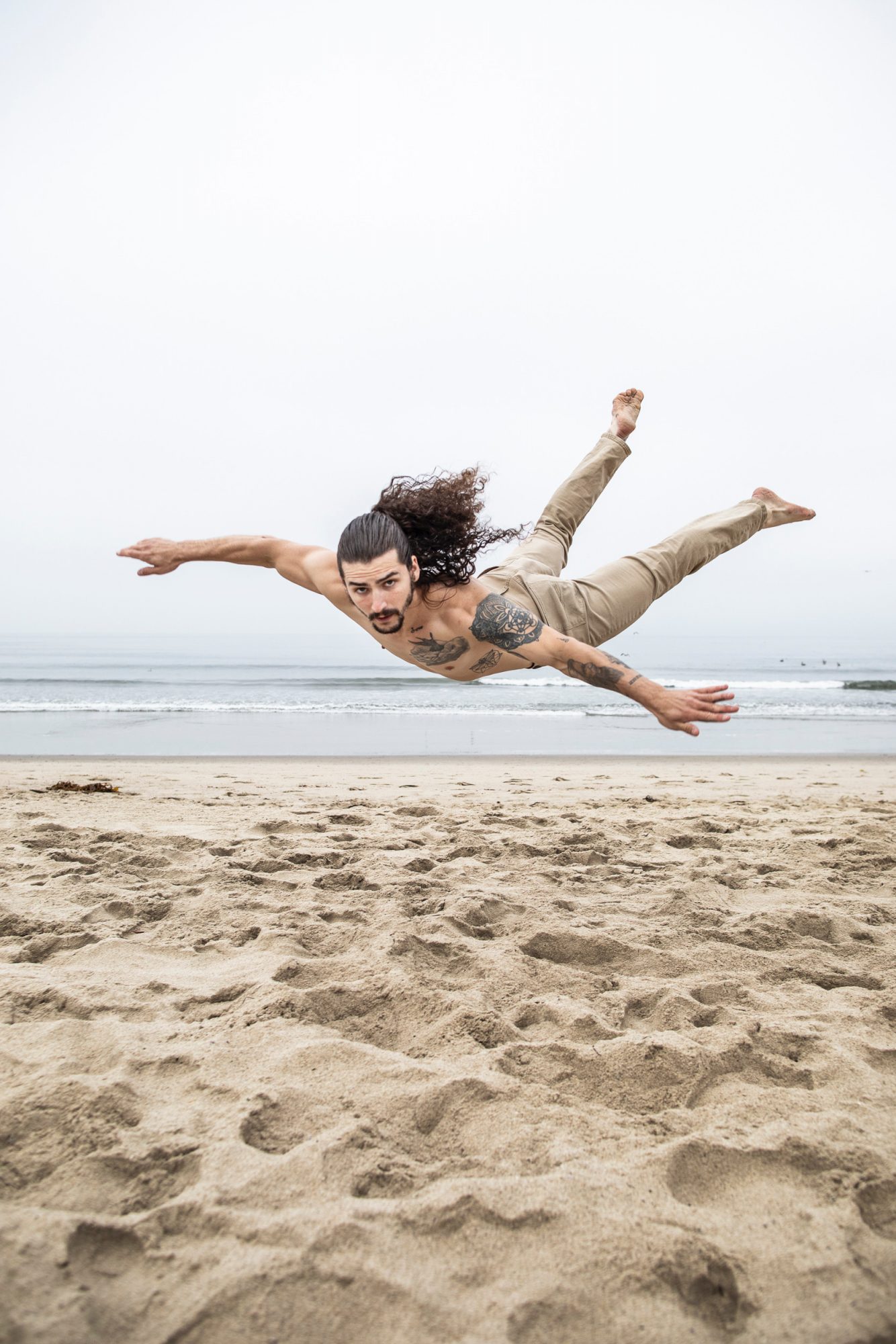 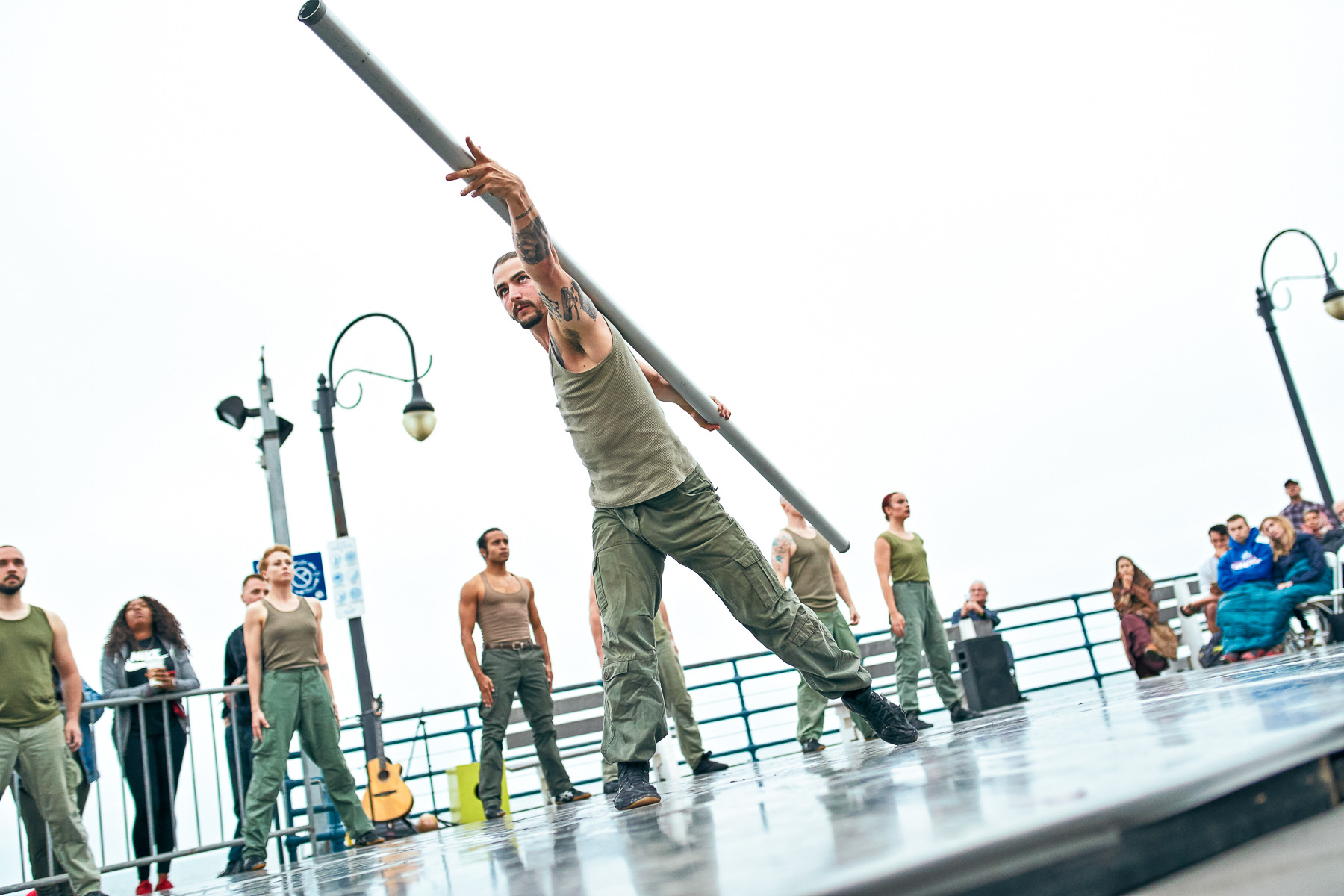 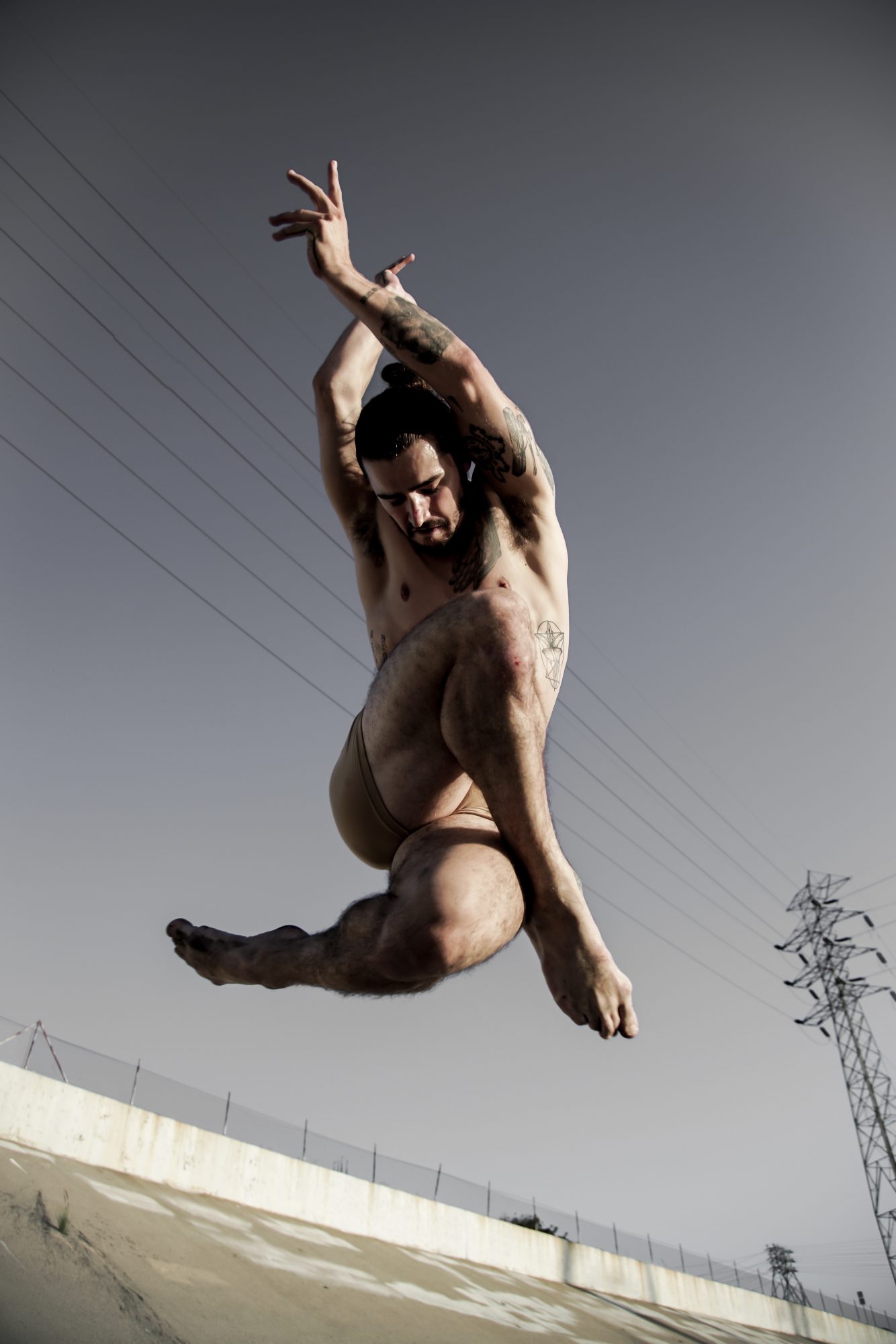 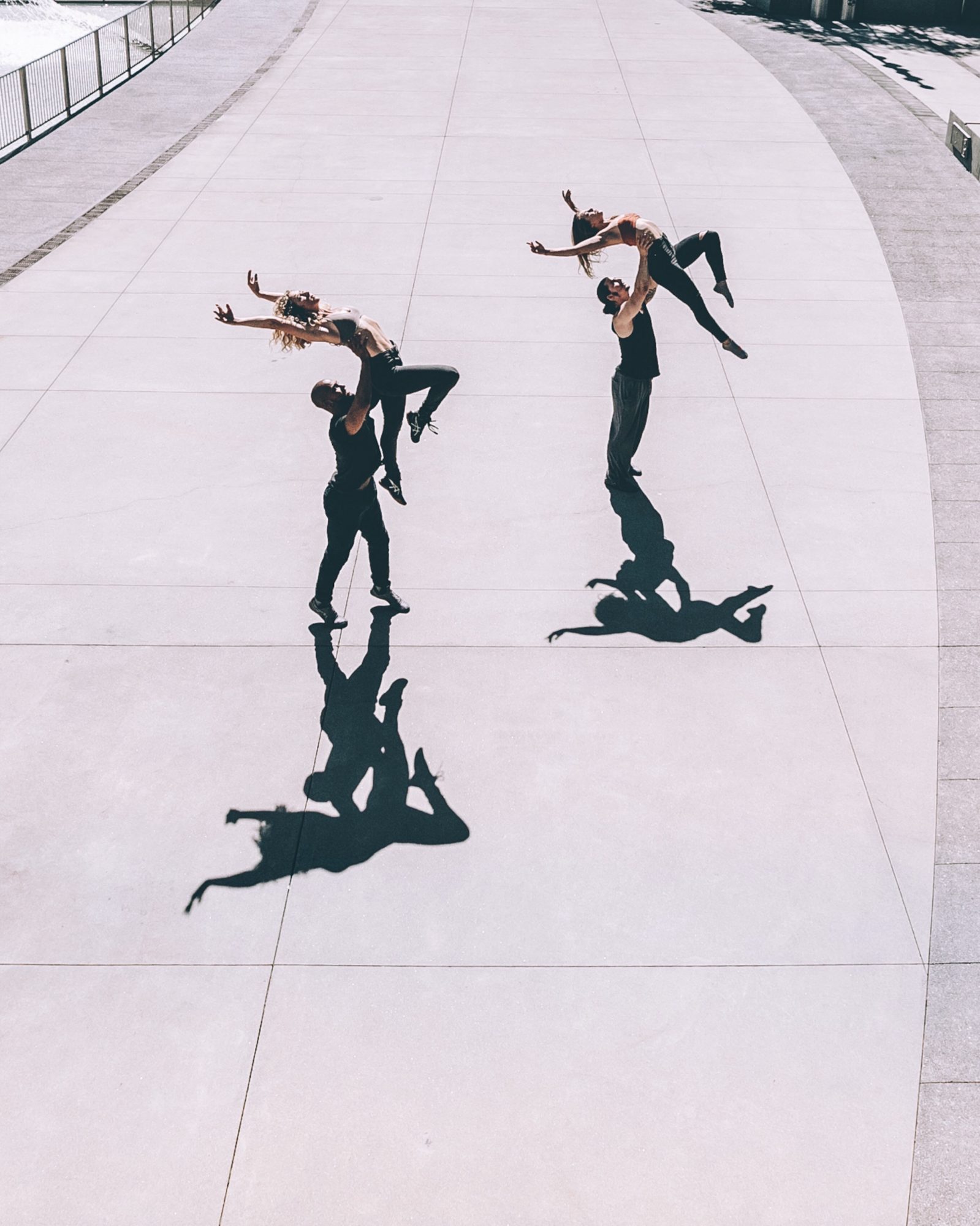 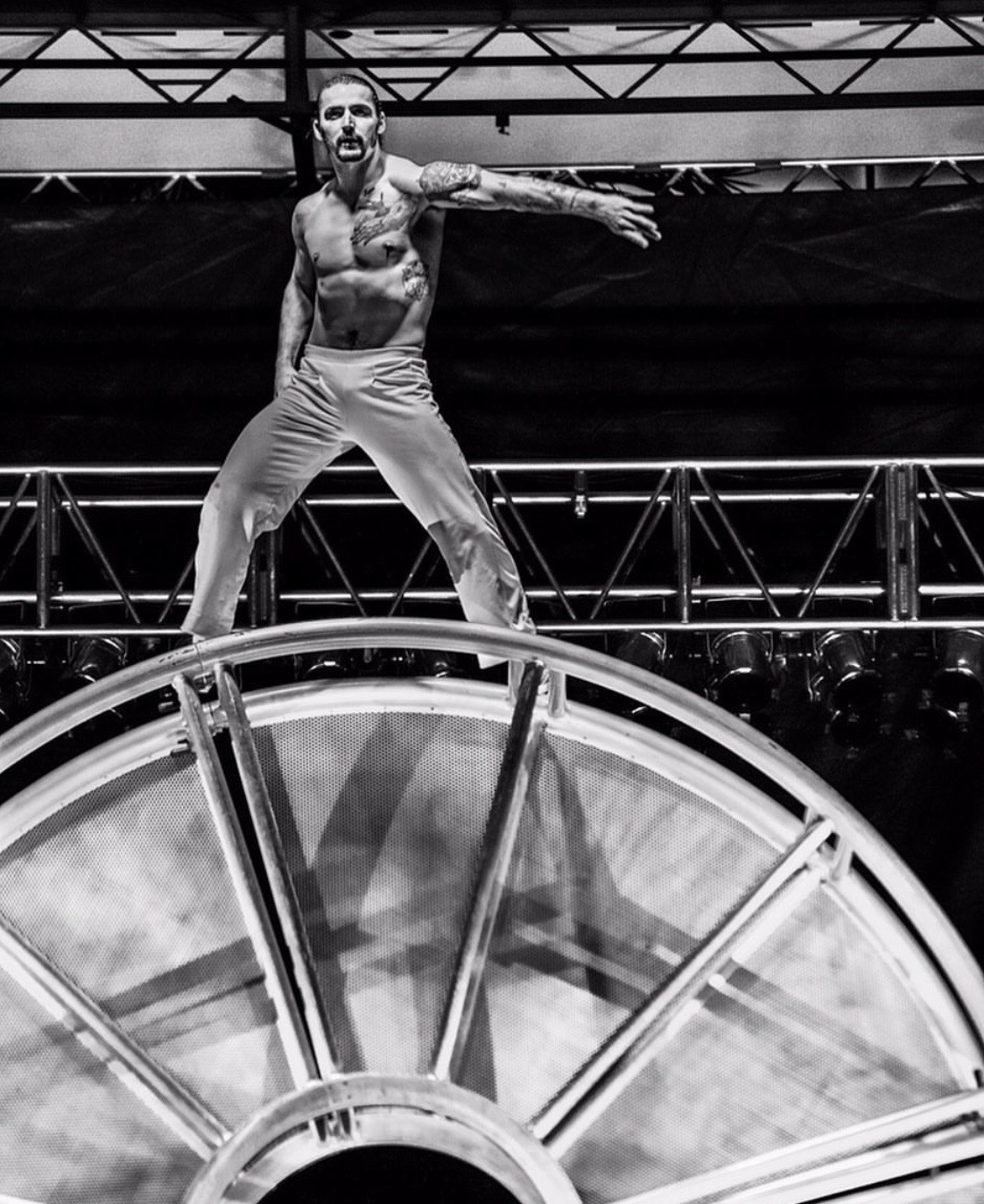 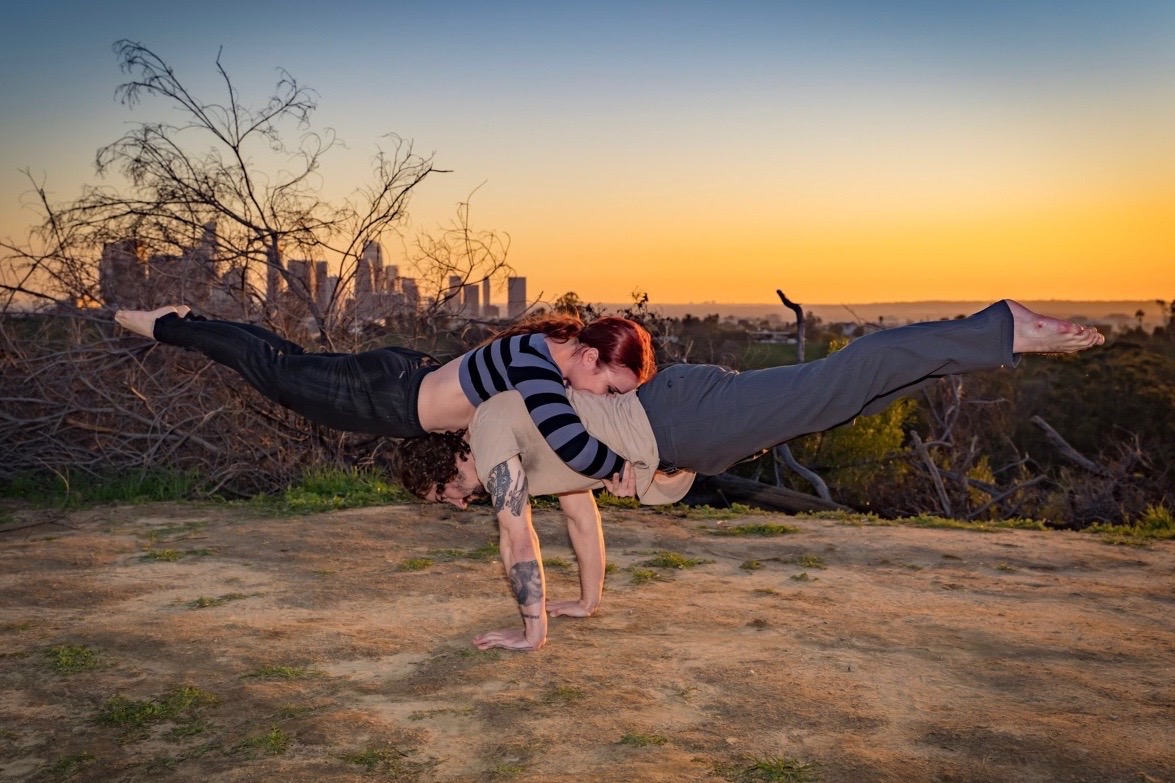 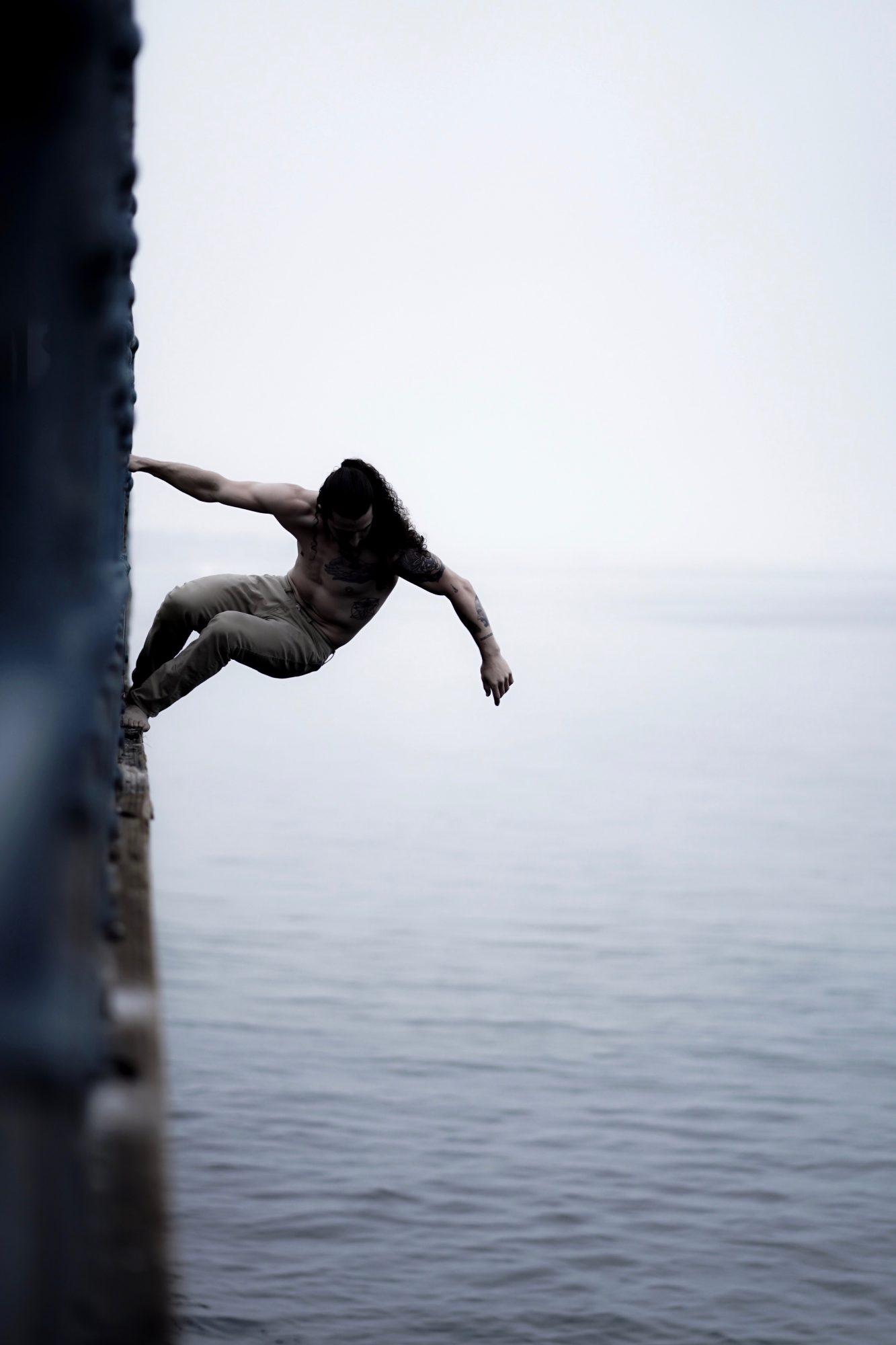