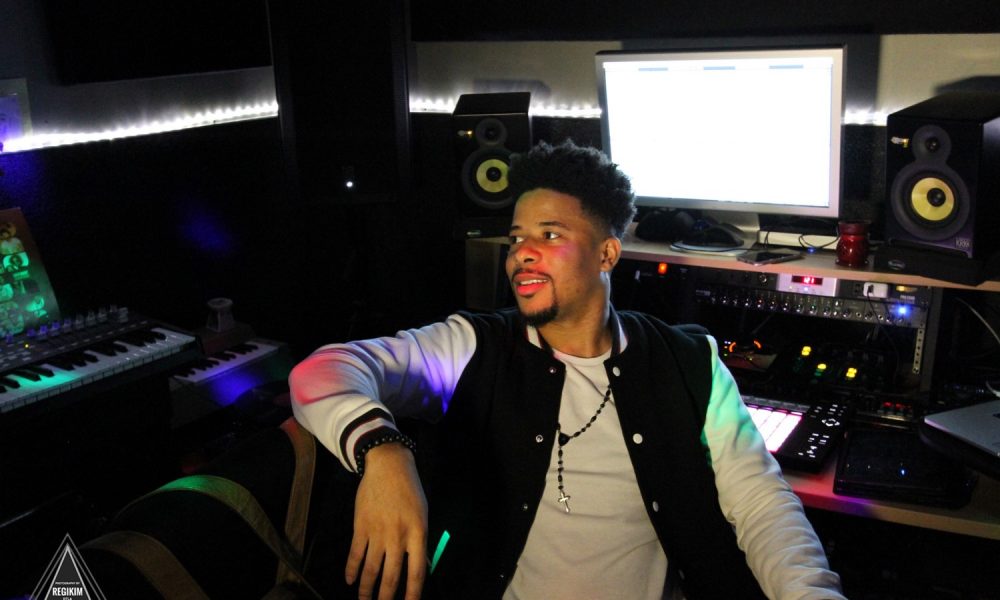 Today we’d like to introduce you to Simon Brumfield Jr.

Thanks for sharing your story with us Simon. So, let’s start at the beginning and we can move on from there.
Music has always been an influence in my life. Growing up it was just never anything that I thought of as something that I could do. I thought that I would be a doctor, lawyer, or something else more traditional. While in college at San Diego State University, I met Armando Buelna, who introduced to the world of music production and DJing. I spent the following five years in San Diego DJing, writing, producing, and performing music with my friends until I decided it was time to move to Los Angeles.

In 2012, I opened Refuuj Entertainment Studios in North Hollywood, which is when I really started to step into “the music industry”. I was able to work with a lot of developing artists that were coming through the North Hollywood scene and learn more about the industry while building my business. I met my production partner, QBSmith during this time and we noticed that so many talented songwriters and producers were stuck in the same routine of competing for a placement on the upcoming album of one of the same 4 mega artists. I decided to shift my focus to producing and developing independent and unsigned artists and providing a platform to release and market the music myself. Refuuj Entertainment Studios was rebranded to Jupiter Junction Media and our first release of 2016 was Baltimore artist, Lil Key who later went on to become one of the standout artists on season 2 of Jermaine Duper’s the Rap Game. In 2016, we also say success in the release of two singles by QBSmith and another by myself, Refuuj. As new opportunities are coming to my team and I for 2017 and beyond.

Overall, has it been relatively smooth? If not, what were some of the struggles along the way?
All musicians face the challenge of figuring out how to make a living off of their craft. With technology making music easier to create put out to the world, we constantly battle devaluation of our art. I have to constantly look for new ways to raise the bar on the quality of the music and content we release as well as creative ways to reach new audiences which help my clients understand the value that they receive by working with Jupiter Junction Media.

Please tell us about Jupiter Junction Media.
Jupiter Junction Media is a boutique music production company and recording studio based around a collective of my closest collaborators. We specialize in writing and producing songs for artists, labels, and various brands. Sonically we are known for blending our extensive musical influences which consist of, jazz, soul, R&B, hip-hop, and EDM into a unique flavor of timeless Pop music. Jupiter Junction also offers clients a full-service platform which includes global distribution and digital marketing campaigns to ensure that our projects have an optimal chance of making a big splash in the industry. Some of our past and current clients consist of, Ricky Bell of New Edition and Bell Biv Devoe, Trinidad James, Yung Berg, Lil Key (star of Jermaine Dupri’s the Rap Game), Lexii Alijai, Shaun Sloan, Elijah Johnson, Elvis Brown, Neon Hitch, and Calix. We are proud to be partnering with Red Gorilla Music Fest to continue showcasing talented songwriters and artists.

If you had to go back in time and start over, would you have done anything differently?
This is a hard one to say. I think we all have dreams, goals, and aspirations that we would love to just to see take off immediately and see success quickly but, everything has its time. What’s most important is setting goals and a plan to reach those goals. Everyday with each client and project I am learning something new about myself and my business.