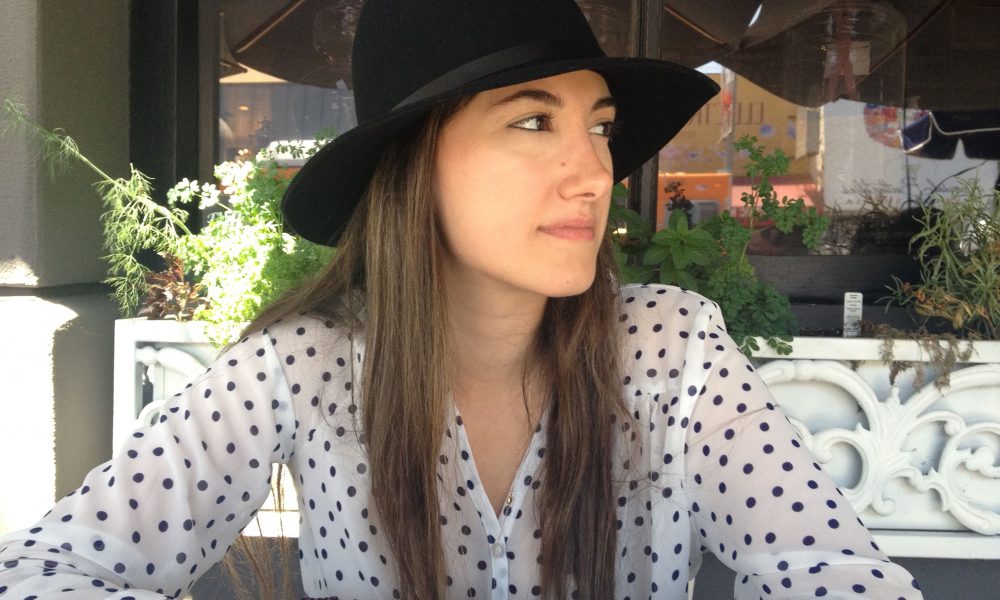 Today we’d like to introduce you to Marianne Karaan.

Marianne, please share your story with us. How did you get to where you are today?
Growing up in Beirut, I always knew that I wanted to work in the film industry. I remember going down to the corner store as a kid and buying every American film that came out on DVD. However, my dad thought it was a bad idea because back then it was frowned upon to do something related to art in Lebanon. To make your parents proud you had to either be a lawyer, a doctor or do something in business.

So first I went to business school, but after a couple of months, my family realized it was a mistake. Seeing me so miserable brought them back to their senses and they told me I should follow my dreams even if they didn’t understand them.

I graduated with a BA and decided that I wanted to continue my education and get a Master’s degree in film. That led to another fiasco with my parents. Not because they didn’t want me to keep learning, but because they didn’t want me to leave and travel to the US. They tried to convince me to find a college in Europe with arguments like “Your french is better than your English” or “London is just a four-hour flight from Beirut”. However, I stood firm about my choice and I told them I want to be the best at what I do. Los Angeles is the capital of the film industry and I have to be there.

It was hard for my parents to see me pack my bags and travel across the world and honestly it was tough for me too. A couple of months after I had settled down, my mom told me that my dad would often walk into my room back home and just sit there and cry. If I had known about that when I first arrived, I would have immediately packed my stuff and returned.

I graduated with an MFA and started looking for jobs in Los Angeles. My entire country is the size of LA County, so it was pretty overwhelming to figure out where to start from. It didn’t matter whether it was in production or post, I just wanted to be part of the industry. I got my foot in the door as an intern at a post production studio in Hollywood. In a couple of months, I went from PA to an assistant editor working on music videos and commercials. It was at that company that I met my future husband Nick.

My big break came when I got a job offer from one of the best production companies in Lebanon where I edited projects for agencies like Leo Burnett, Impact BBDO, and Saatchi & Saatchi. My career was going great, but the siren song of Los Angeles kept calling me back. So, I packed my bags one last time and settled down in Silverlake with my husband. I have been freelance editing ever since and I’m always looking for the next challenge.

Has it been a smooth road?
I probably speak for every artist out there when I say the road has not been smooth. Getting my first paid editorial gig required real struggle and determination.

I spent a lot of time reaching out to companies and trying to convince people that I could do the job. There were times where I wanted to quit, but something inside kept me going. It felt like a Catch-22. People wanted to see that I had already done the type of work they needed, but how do you get that work in the first place?

On top of that, post-production tends to be a male-dominated industry. Often, I would be the only woman in the room and it hasn’t always been easy. I’ve also encountered some bias from being from the Middle East, but everyone’s love for hummus help put differences aside.

I am grateful to those who believed in me at the very beginning and I am now fortunate to work with talented companies and people all over LA.

When you look back, can you point to a period when you wanted to quit or a period that was really frustrating?
Early in my career, when I was getting one editorial job every two or three months, I wanted to give up. It’s hard to find the drive to continue when it feels like the world isn’t interested. If it wasn’t for my husband and my family’s support, I would probably be doing something else by now.

Creative feedback is something that can be very challenging to handle, especially working in a commercial field. I become artistically invested when I am editing, so when I get notes that involve major changes it’s hard not to take them personally as a reflection of my work. Over the years I have learnt how to walk that tightrope of staying passionate about each project while also accepting feedback that doesn’t align with my vision of the piece.

What would you tell someone who is just starting out?
My advice would be to keep on going. Be like a shark and don’t stop swimming. It’s not about who is more talented, it’s about who has better stamina, who can fight longer. Don’t waste time doubting yourself, and use that energy to keep on reaching out and pushing forward.

What are you most excited about these days?
I look forward to doing more narrative work. I really enjoy cutting commercials and trailers but my passion is for long form content. Filmmaking and storytelling are what lead me to this career and I look forward to continuing to pursuing them.