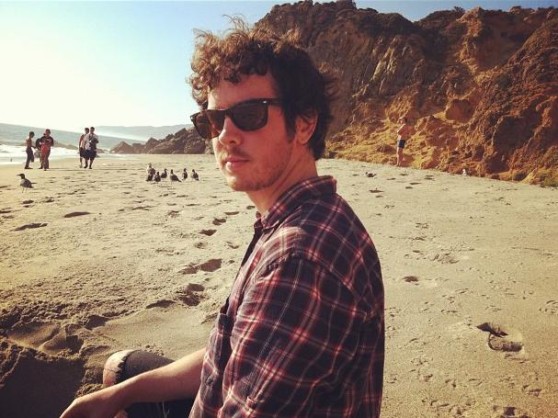 Today we’d like to introduce you to Jon Vermilyea.

Jon, please share your story with us. How did you get to where you are today?
I went to the School of visual arts from 2002 to 2006 and graduated with a BFA in Comic Book cartooning. During my time there I had some really great teachers like Gary Panter, David Mazzucchelli, Klaus Janson and Dan Nadel.

During my last year at SVA I started interning at Dan Nadel’s art book publishing company, PictureBox Inc. It eventually turned into a full-time job as the production Manager. I was involved with the production of over 30 art books and got to work with a bunch of amazing artists like Michel Gondry, Trent Doyle Handcock, and Ben Jones. During this time, I did my own illustration and comics. I still had access to an amazing silk screen studio at SVA and frequented most of the indy comic conventions around the US, selling screen prints, comics and zines. I was lucky enough to get some really great jobs doing comics for Marvel Strange Tales, Simpsons Treehouse of Horror, and a music video and silk screen box set for the band Animal Collective. I also made friends with the owners of Mishka, a streetwear brand from Brooklyn. I illustrated a number of designs for them including a bunch for a side project called Amulet of the Bloody Goblin.

PictureBox eventually went out of business and I found it really difficult to live off of freelance cartooning and illustration. NYC was getting more expensive every year. I eventually got a 9-5 job at an internet startup making art assets for a Facebook game. I found it completely soul crushing and hated that I was helping to make a “game” who’s sole purpose was manipulating people into spending money.

Maybe a year into that job (2010), I got contacted by Peter Browngardt who was a fan of my artwork and Ben Jones from Paper Rad, who i knew from PictureBox. They both had shows (Secret Mountain Fort Awesome/The Problem Solverz) starting up at Cartoon Network and offered me jobs. I jumped at the chance and ended up driving cross country in 2 and a half days with a friend of mine.

From there I worked on shows both freelance and full-time and did my best to continue doing my own work. I published my first book through Fata Morgana, through Koyama press and worked on a bunch of cool shows like Rick and Morty, Uncle Grandpa, Adventure Time, and Robot Chicken. I also animated a music video for the EDM group The Upbeats using frame by frame animation and rotoscoping.

Has it been a smooth road?
I’ve struggled with depression and OCD all of my life. Although, I think its been both an obstacle and a benefit to my artwork. My work is often obsessively detailed and I think its a positive way for me to by obsessive compulsive. Being so detail oriented also helped a lot with silk screening where it takes a precise touch to make color separations line up. I also find motivation to be something I struggle with. I’m often very hard on myself with self doubt to do more or have done more with my time. What I have succeeded in creating I’m happy about and I think it helps me work through my fears and figure out who I am.

When you look back, can you point to a period when you wanted to quit or a period that was really frustrating?
I think the most difficult thing in my career has been keeping the momentum going with creating work. I think that stops a lot of people before they even start. Thinking that they can’t do something or it won’t turn out well. In the end its probably better to just make something shitty and move on rather than nothing at all.

What would you tell someone who is just starting out?
I think making work for yourself is really important. Especially with people new to the animation/entertainment industry. Its easy to forget you can make your own animation/zines/comics when you work on a tv show. It can be pretty exhausting to draw all day for work and then hope to go home and draw for yourself as well, but its important. I also think its really important to make friends whenever you can. Almost every job i’ve ever gotten was through a recommendation or a friend.

Is there something you are particularly excited about or working towards?
A music video I made for a drum and bass group called The Upbeats just came out and I’m excited to do more work in that style.