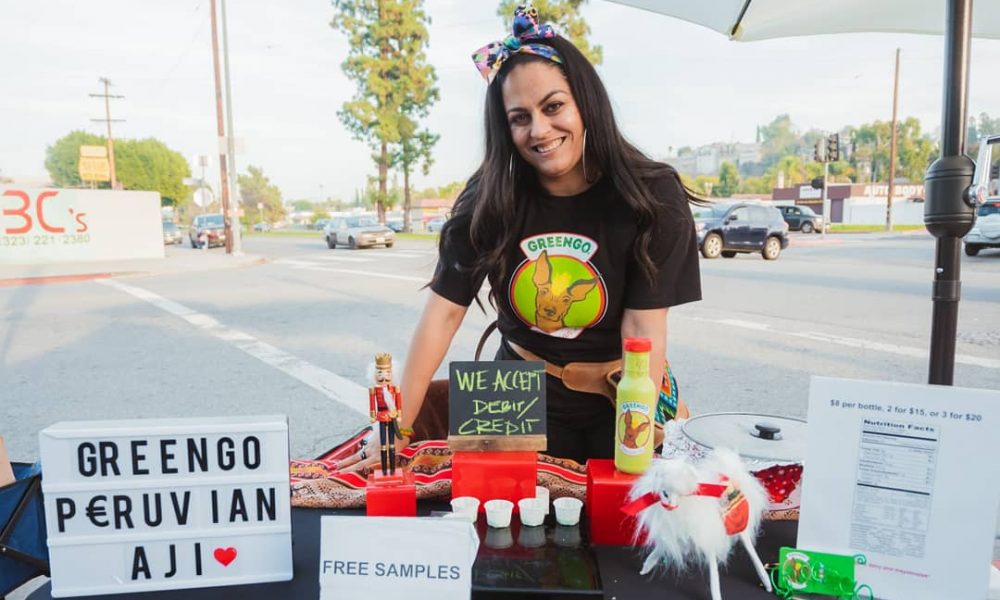 Today we’d like to introduce you to Silvana Rodriguez.

Silvana, let’s start with your story. We’d love to hear how you got started and how the journey has been so far.
Telling you how I got to where I am requires telling a few different stories, so bear with me. I was born and raised in the San Gabriel Valley by a Colombian mother and Peruvian father. Growing up there were only a handful of places we went out to eat, and Peruvian food was one of those few. I remember my parents LOVED the green sauce you get when you go to any Peruvian restaurant, and would slather it on absolutely everything.

So I grew up knowing that this sauce was amazing, but it was something you could only get when you went to the restaurants or if you attempted to make it at home. Fast forward, I got my Bachelor’s degree and went into the corporate world. I actually had some pretty cool jobs, but I was never fully satisfied. I always felt like I could be doing something else, something that was mine. It’s not that I had a problem with authority, but I just wanted to work for myself. The issue was I couldn’t figure out what I could see myself doing, starting, creating…

Like I said, all these jobs were great, my friends were jealous of what I got to do, but nothing is ever perfect. Year after year I found myself getting laid off, or my position being eliminated…, and it was always the same story: “It wasn’t your performance, we can offer you stellar recommendations,” but that wasn’t really comforting. Eventually, I decided maybe a new city might do the trick. So, I packed everything I could fit into my car and moved to Miami for a new job. Unfortunately, it didn’t pan out, and I decided to come back to L.A.

I came back super defeated and more lost than ever. Before I left, I had started meal prepping for myself, and managed to drop a bunch of weight, so when I came back, my mother-in-law asked if I might be willing to cook some meals for her family weekly. She had never really had my cooking, but I had made my green sauce for family gatherings, and she and my father-in-law loved it and told me I should bottle it. I thought they were just being nice because they liked me. A couple of weeks later ,I casually mentioned to a friend that I was cooking that day for my in-laws, and she said would you be willing to cook for me too? Of course, I said yes.

The following week she posted her meals on Facebook. Then other people started contacting me asking for pricing, and just like that my meal prep business was created. I didn’t even have a name for it. Eventually, I settled on MUNCHables. One week not long after that, I made Peruvian Arroz con Pollo and decided to throw in little samples of my sauce in the bags for my customers, but I didn’t tell them. During the following week, text messages started rolling in from my customers “what is this sauce? Do you sell it?” and I realized maybe my in-laws were on to something.

From there, GREENGO Peruvian Aji was born. It took a couple of months after that to come up with the name because I wanted it to be perfect. When GREENGO popped into my head, I knew that was it.

Has it been a smooth road?
Definitely not. I’ve never owned a business, nor has anyone else in my immediate family, so it’s been a lot of self-teaching. Thank goodness we’re in the technology age and everything is just a few keystrokes away.

Also, due to the fact that my parents were always employed somewhere, I think the idea of entrepreneurship was hard to grasp especially for my mom. She’s very much about stability and knowing when/where your next paycheck is coming from.

I know she was scared for me, and I’m sure she still is. But honestly, in addition to my boyfriend, she is my #1 supporter. She’s my right hand at most of the pop-up events I attend, and I’m eternally grateful for all of her help.

So, as you know, we’re impressed with GREENGO Peruvian Aji – tell our readers more, for example, what you’re most proud of as a company and what sets you apart from others.
My brand is GREENGO Peruvian Aji. GREENGO Peruvian Aji is a delicious homemade sauce that combines a variety of fresh ingredients including peppers and cilantro to bring you a sauce unlike any you’ve ever tried. It will leave you wanting more!

Essentially, GREENGO is a Peruvian salsa. But really, it’s so much more. It’s a dip, it’s a hot sauce, it’s a salad dressing. Basically, it’s multi-faceted and multi-purpose. One of my favorite things to find out is what people put it on, and let me tell you people get creative.

I’ve had multiple people tell me they love it on their eggs, some love it on plain white rice, some like it on their pizza, popcorn, tacos, pupusas, french fries, arepas, nachos, sandwiches, as a condiment on their hot dogs and burgers, Mediterranean food, veggies… the list goes on and on.

I think what I personally consider my brand known for is being the only green Peruvian sauce that’s being bottled and actually has a brand/name for it. A close second is for converting people who said they don’t usually eat spicy. It’s been really surprising to see how many people like that actually end up buying a bottle.

What I’m most proud of is the look of the bottle, from the packaging to the labels, to the name. Despite still being a small company/brand I think the look is very professional. So much so that in the past people thought I was just a brand ambassador representing a big brand, haha. It’s flattering.

What sets GREENGO apart is the balance between freshness, heat, and flavor. It has just the right amount of heat while still enhancing the flavor of the food you’re adding it to.

Let’s touch on your thoughts about our city – what do you like the most and the least?
What I love most about L.A. is the diversity. Not only are we diverse, but we tend to co-mingle a lot. Because of this, a lot of food fusions are created here. For example, I was at an event recently where there was a Mexican-Indian food truck. That’s pretty cool!

Furthermore, I think this creates a great opportunity for GREENGO. Because, although it is Peruvian influenced, it can be combined with foods from various cultures.

What I like least about L.A., is probably what most people do, the traffic! It’s insane that it can take upwards of 30 minutes to go five or seven miles sometimes. 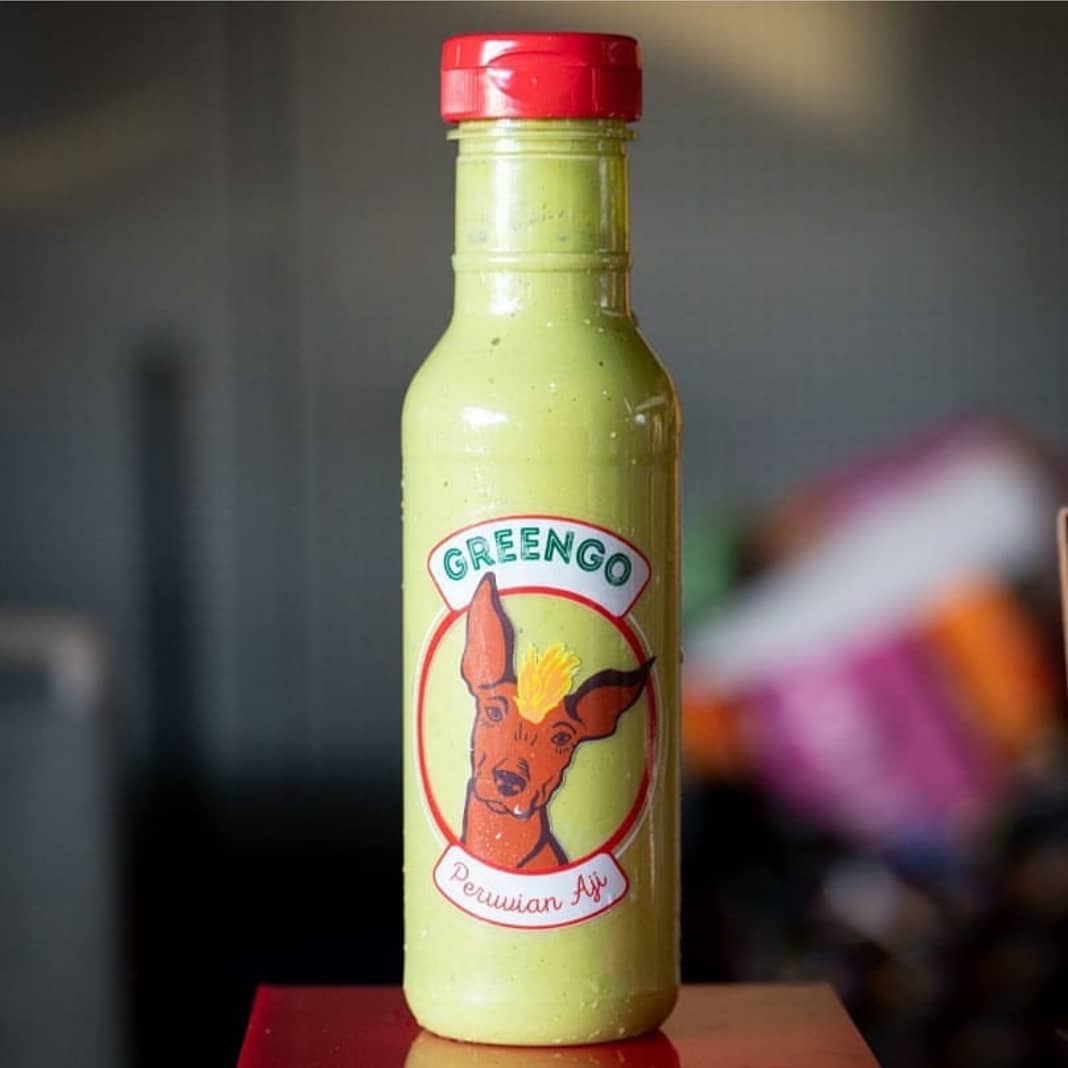 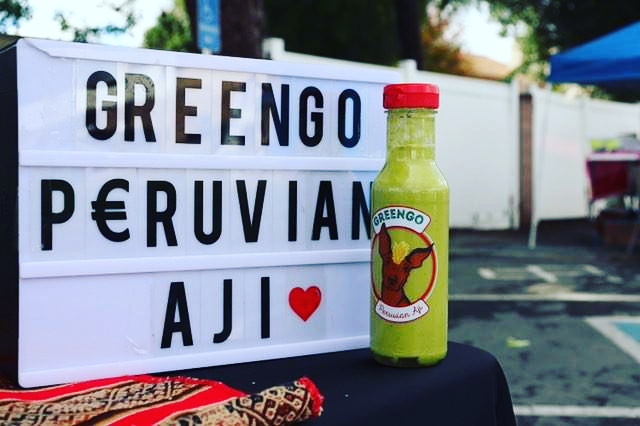 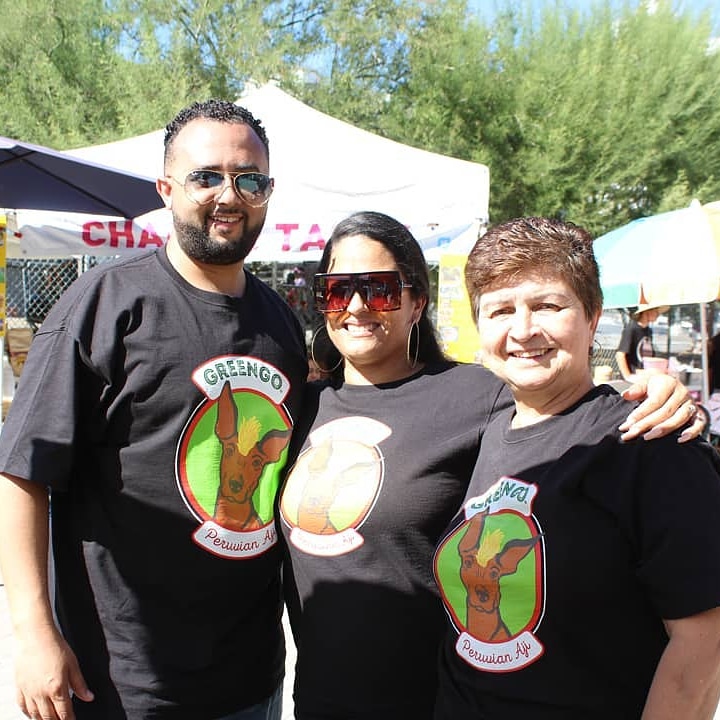 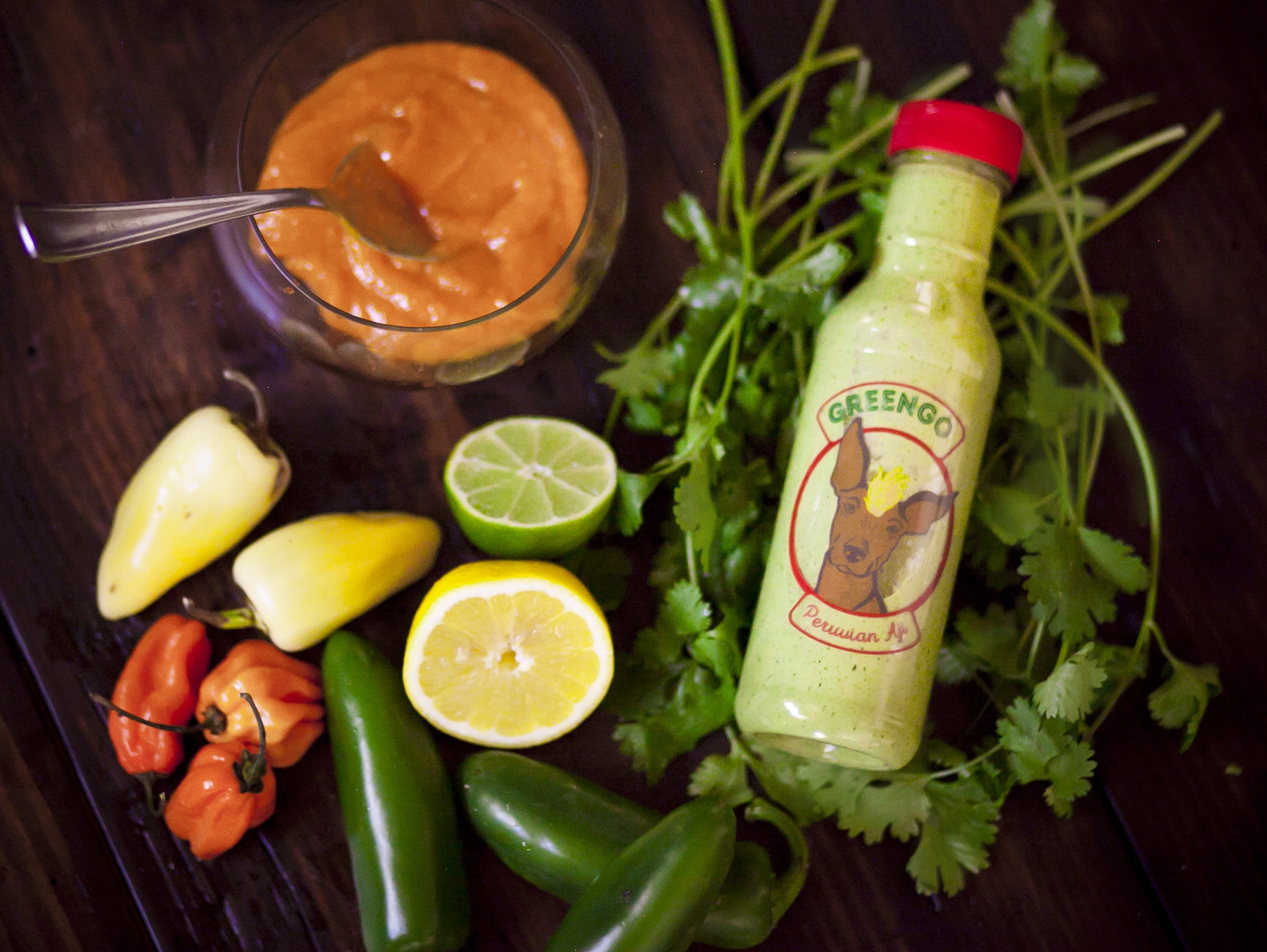 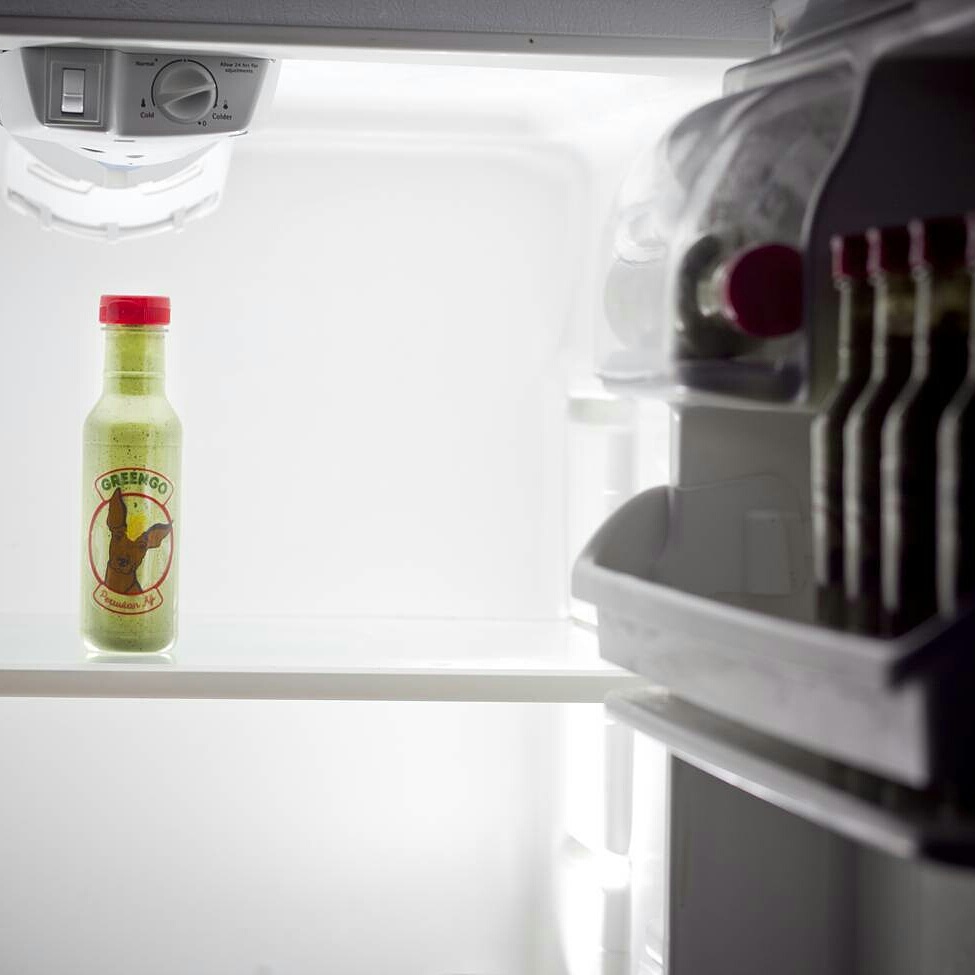 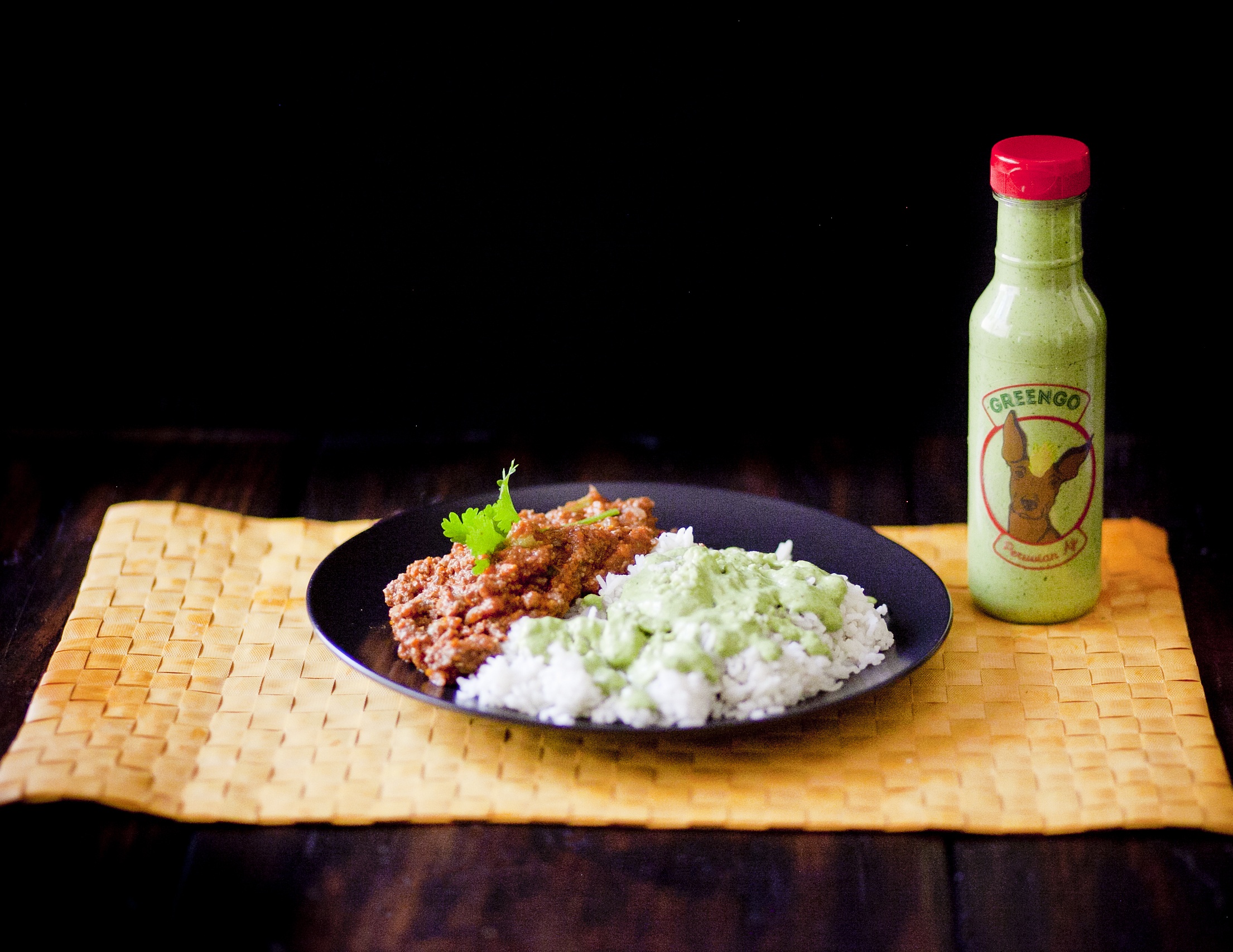