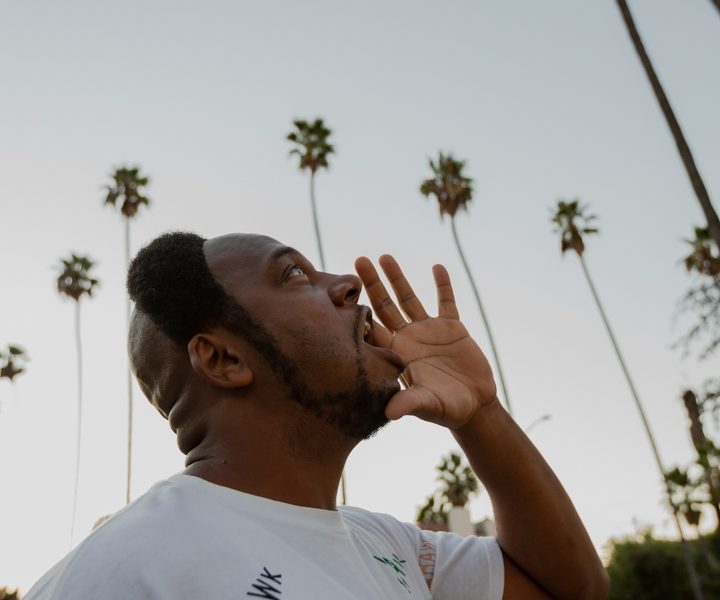 Today we’d like to introduce you to Sidehawk BSG.

Sidehawk, let’s start with your story. We’d love to hear how you got started and how the journey has been so far.
I am Sidehawk BSG (BOMBAY SHUNN GRAY), which is also the name of the label Sidehawk Records, Inc. The name “Sidehawk” also represents the brand name of my own uniquely created hairstyle.

I am originally from Oklahoma City, OK where I worked as the Communication Coordinator in the Center for Outreach Programs in the Department of Agriculture and as an Adjunct Instructor for the Communication Department, both at Langston University (LU) from 1997 to 2007.

I moved to Los Angeles, CA in 2007 to pursue a career in the Film Industry with the help of my good friend Lannie “LRoy” Franklin III, who unfortunately died in 2016. We met in Oklahoma through his cousin Jackie C with whom I had produced a television show in Oklahoma City called “The Quake Show, Shakin’ the Foundations of Oklahoma”. LRoy had experience working in the film industry in California and came to Oklahoma to get a B.A. degree in Journalism at LU to upgrade his status from Production Assistant to Assistant Director. He was the well-known master of ceremonies “MC Roy” and equally well known as the disc jockey “Dr. Franklinstein”.

When we weren’t instructing or working on the show, we hung out with each other and became very close due to our similar background. Consequently, we brainstormed and created an idea where we set aside a lounge area at his house and named it “Boyzhome”. We invited students to come there to unwind and relieve themselves of the stresses of classwork and college life. The lounge setting was called Westside Wednesday. Lannie would dj and allow anyone that was there to grab the mic and perform. After he noticed for that I was always the guy who held the mic until he shutdown, one night he said to me, “You need to do music”, and convinced me to pursue it. Now, I was no spring chicken to this because I have had a few groups in the past but never worked at it as a professional, and I never considered going solo until after “Dr. Franklinstein’s” encouragement. So I have to give him the credit. I always thought music was a young person’s profession and with me getting up in age, I never followed through wholeheartedly.

The idea of my hairstyle was from a dream I had. So I told myself that I would attract people to me then hit them with some good lyrics. Ultimately I want my image to be my brand to expand business not only do music. I understand it’s the music “business”, so I have to consider marketing my style to unique levels where people can be attracted to me to hear my passion.

Right now, I recently dropped my first single called “Your Smile” featuring KADO from Jamaica. Actually the song was produced by Slingshot from Slingshot Records, Jamaica in St. Catherine JA WI. Working with Dr. Franklinstein it had given me the ability to cross many genres because we’ve dee-jayed in several countries. As a result, I can say I have embraced a vast catalog of music. If you were to ask me what is my style of music, it would be hard to answer because I create with no boundaries on genres. Slingshot is a fantastic producer because he can create whatever style you desire. I consider Slingshot Jamaica Studio the Motown of Jamaica because he carries that soulful feeling when he makes music which brings the best out of his artist. It is a hidden treasure to produce quality in professional music.

I am also working with Dj Fat Pockets who is well known for producing the music hit for Yo Yo featuring Ice Cube called “The Bonnie & Clyde Theme”. Fat Pockets encouraged me to stay focused on creating color coordination on my projects. I needed that enlightenment because I like to do it all. As of now, I am going to continue to drop singles with music videos to follow to pick up on their popularity. Most people know me by my deejaying and my hairstyle so I am using this notoriety to open the door to blessing their ears with some nice tunes. I still carry on the lead.

We’re always bombarded by how great it is to pursue your passion, etc – but we’ve spoken with enough people to know that it’s not always easy. Overall, would you say things have been easy for you?
There are always a few bumps along the road. With everything being grassroots from the start of business, promotions, marketing and merchandise, it has become a one stop shop. That also includes being the artist on the label.

I want to look for quality people to add to the business but sometimes it seems like professionals “have flown out the window”! For example, I attempted to hire help, eg., actresses for videos, camera operators, photographers, etc. I have had issues with getting people in their profession interested in doing business with me. What is really crazy is that I am paying them, which is really weird to me. I have a vast background in doing it myself but I know that it takes others to make the business grow. I accepted the challenge by laying a template on what I am looking for and maybe someone in the near future can desire that hunger in their profession and we can form Voltron and create something worth attracting others to join in to build strength in a business.

So, what’s next? Any big plans?
My future plan is to continue to work with my super producers to make quality music as well as search for talent to add to the label. Also, produce Sidehawk merchandise to help establish the brand to a much broader audience. I am planning on traveling aboard getting Sidehawk Records Inc. going in other regions, starting in Asia. 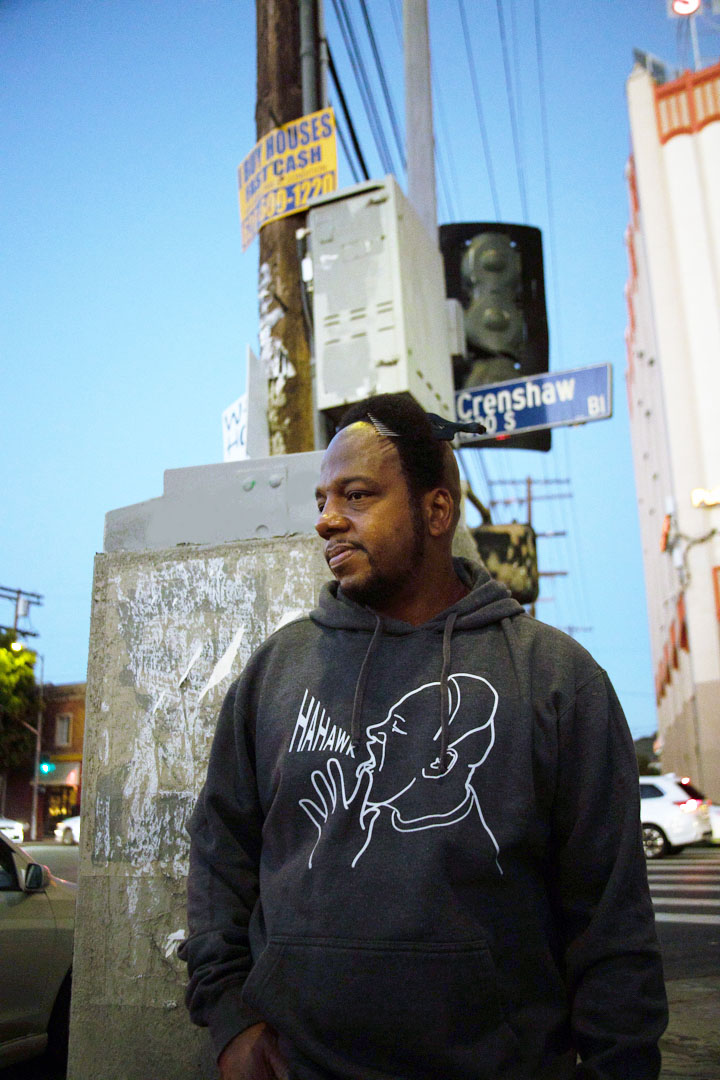 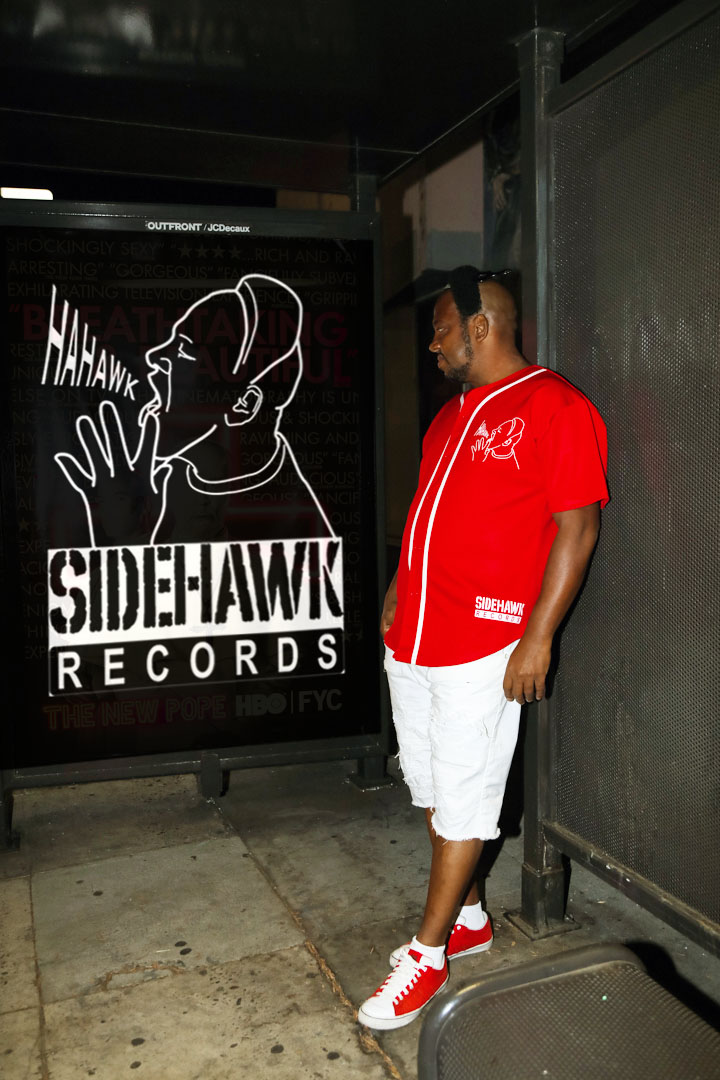 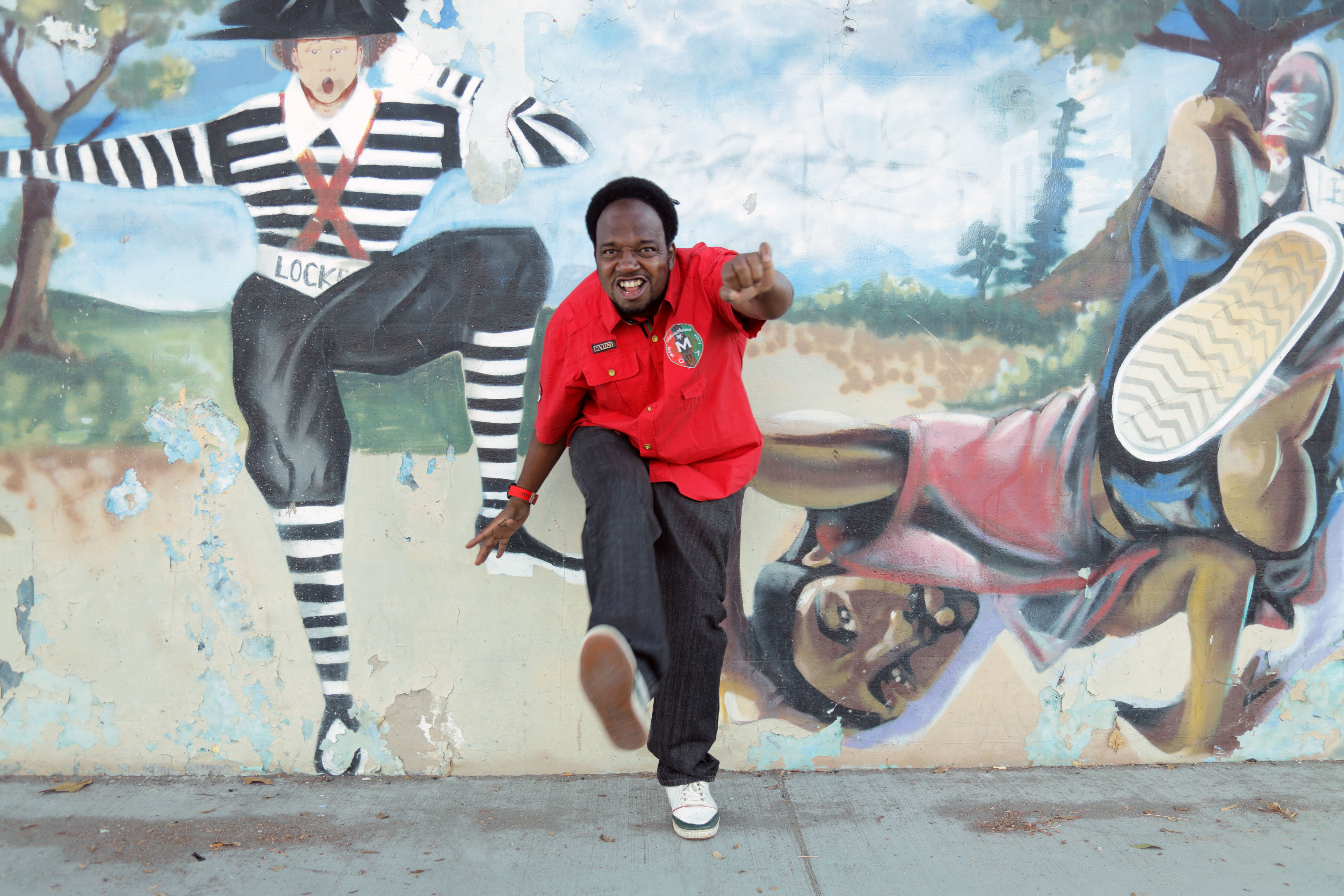 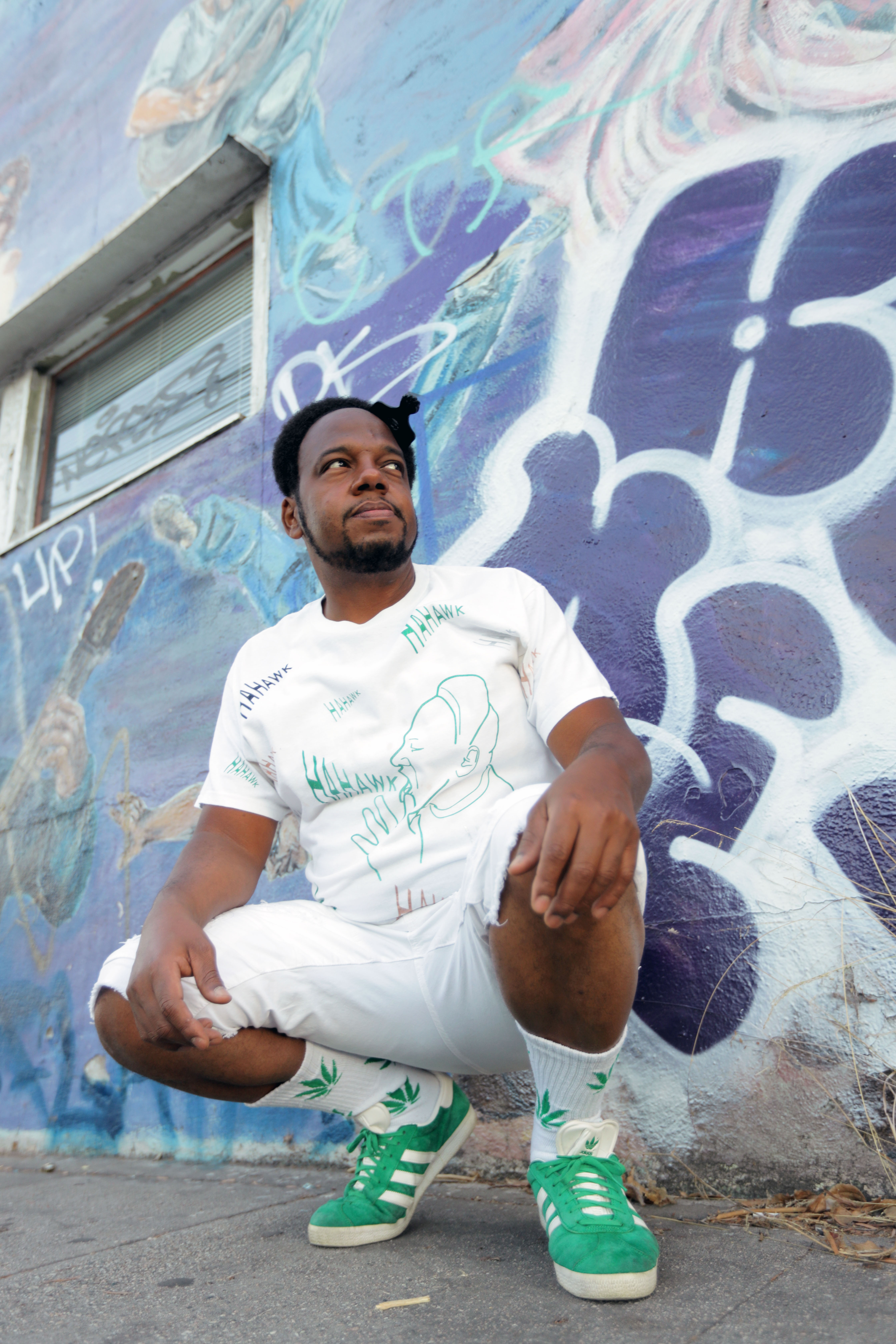 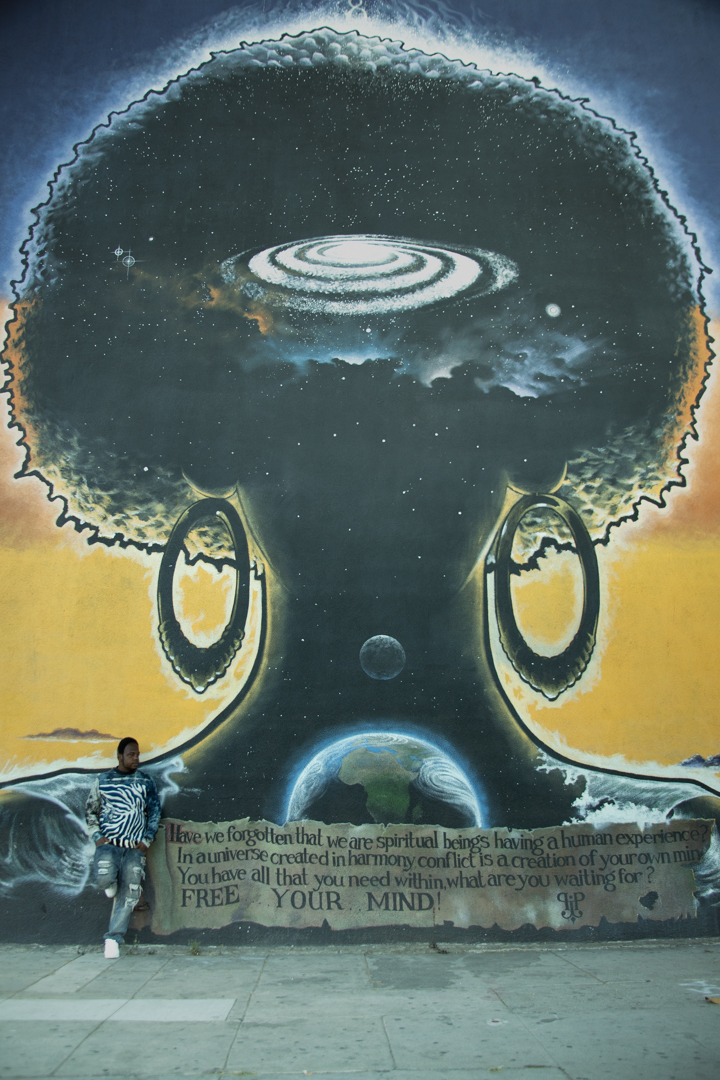 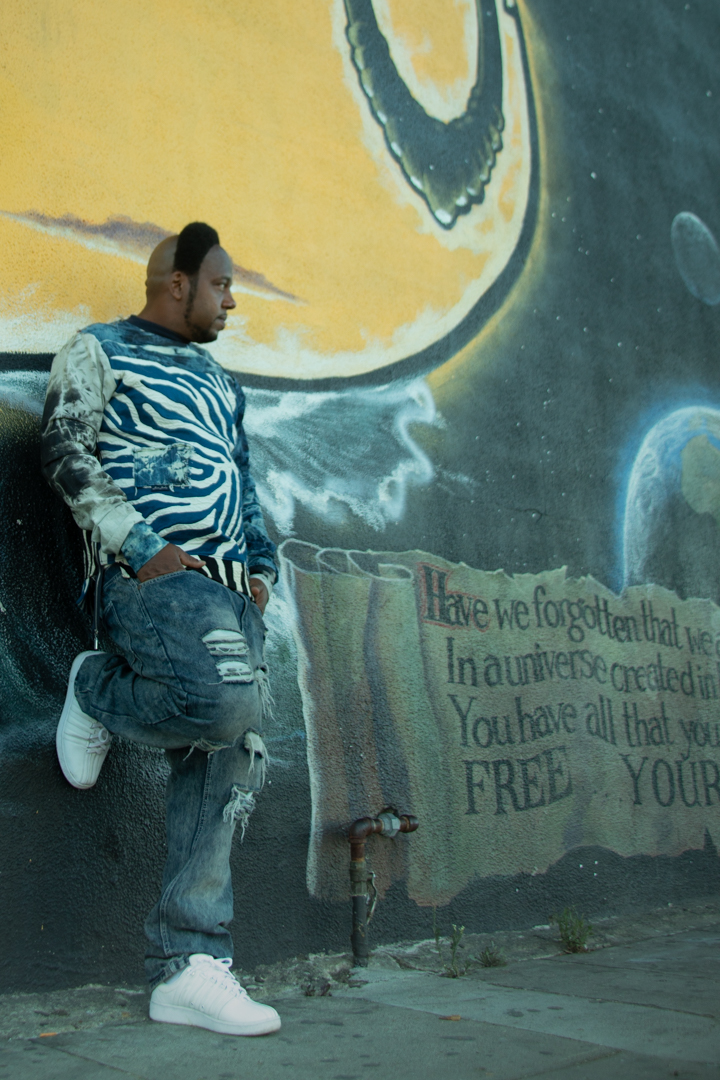