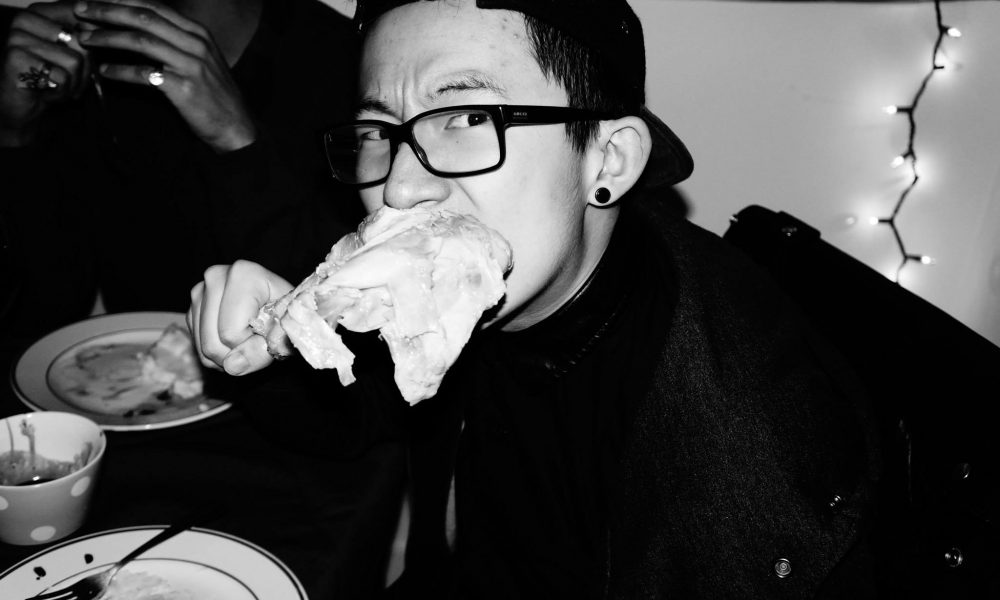 Today we’d like to introduce you to Shu Zhu.

Shu, please share your story with us. How did you get to where you are today?
I grew up in Daqing, Heilongjiang, China, and then moved to Calgary, AB in Canada when I was 14. Both places were extremely cold industrial cities known for their oil production and there honestly wasn’t much to do as a child besides watching a lot of movies. And unlike a lot of my peers who grew up in artistic families watching French New Wave films, I was mostly consuming the next big Hollywood blockbuster. (There weren’t many options to choose from the only ONE movie theater in town when I was a kid.) So, cinema has always been a happy place for me and I’ve somehow always had the idea that I was gonna be a director one day. However, it was never really a concrete pursuit. My mom wanted me to study business at an Ivy League School. And then, came 12th grade, I fell terribly in love with someone in my drama class and literally could not function for a year. I stopped paying attention in class and all I could feel was this lovesickness and it somehow jump-started my creativity. I had this burning desires to write, which took the form of some terrible love poems and half baked image sequences and story ideas inspired by Wong Kar Wai’s 2046. I decided to apply for film schools on a whim, I guess to show how creative and sensitive I was. I applied to USC and NYU with this awful screenplay I wrote about obsessions in love and somehow I got into both of them, despite the fact that I had been very unremarkable in any sorts of artistic practices my whole life. I guess that first love experience really opened up a side of me that I never knew existed.

My study at NYU furthered my understanding of the art form and I was introduced to a lot of fantastic international cinema with the help of mentors. I was also able to get a lot of practice making short films with friends. The early works I made were all surrounding this longing for connection, perhaps a subconscious reflection on what I was feeling. My thesis film from NYU, the Man Who Fell from the Sky, is about a lonely hunter’s relationship with a bird who magically turns into a boy who ages extremely fast and dies in three days. During the three days together, the two form a very delicate and subtle bond, much like that of a father and son, which is then reversed when the birdman becomes senile and then takes on a more fatherly figure. The film was shown at China Independent Film Festival in 2016 and went on a tour to play in over 20 cities in China.

When I was in New York, I also worked a bit as an assistant at Martin Scorsese’s Sikelia Production and then for this Chinese artist named He Xiangyu, both were amazing bosses that gave me opportunities to experience their respective industry on a much deeper level. I also produced a short film in Florida for a company I started with a few close friends in college, along with a few other odd independent projects here and there. I came to the realization that what I really wanted to focus on was directing so I decided to hone my craft further at the American Film Institute Conservatory, following the footsteps of some of the filmmakers I admire the most – David Lynch, Terrence Malick, Darren Aronofsky. I just graduated this past December and my thesis film Moth is having a pretty solid festival run. I also got to travel with it for a bit. It’s been an exciting adventure for me since I moved to LA – I got to meet so many like-minded people and then just completely immerse myself in the pursuit of the craft. It’s really been a blessing.

Looking back, I guess you could say I embarked on the journey to pursue arts to get my teenaged self laid. But the further along I go on this pursuit, the less my projects are about myself but has more to do with the world and people around me. The most power that arts behold is the power to provoke empathy, to engage with your viewers on an intellectual and emotional level. It can really be a healing process for both the filmmakers and the audience. First, you develop self-love and then you share this love with the rest of the world. I love the world and I love my craft. It’s really funny how it really started from a high school crush, but I guess life works out in mysterious and interesting ways.

Overall, has it been relatively smooth? If not, what were some of the struggles along the way?
It’s been full of challenges, of course, but I’m fortunate enough to have supportive peers and family members who believe in me enough for me to keep on going despite always running into hurdles. Of course, with every project you want to push forward, there are always challenges like securing financing, finding the right distribution, or simply logistical challenges during production. But I feel like the biggest struggle can be the pressure you give yourself internally every day. Everybody is chasing that “Hollywood Dream” out here – the town is full of talented actors, directors, screenwriters. You go to a cafe in Los Feliz and half of the people have Final Draft open on their MacBooks and the other half are having production meetings. There’s a lot of competition all around and the rejection is constant. Of course, you cannot take rejections personally and you should really use it as fuel to improve your craft. But sometimes on a bad day, you can’t help but wonder the real meaning of your pursuit, or if you’ve truly made the right call. There can be a lot of self-doubts, and then you overcompensate it by giving yourself more pressure. And sometimes, when you are too deep in the pursuit of your goal you naturally forget about the initial spark that ignited your passion for your craft, and then your art becomes something that’s inauthentic and self-serving. I find it to be a battle to stay true to myself, even though sometimes I’m not quite sure what is true to myself, to begin with. But I think it has something to do with the initial inspiration that drew you in – the joy you experience when you share and construct feelings and thoughts through moving images, both as a filmmaker and an audience member. It’s the invisible dialogue, the exchange of sensations, the power to connect.

Please tell us more about your work, what you are currently focused on and most proud of. What sets you apart from the competition?
I’ve attracted to anything unusual and weird. My work is heavily influenced by surrealism, drawing inspiration from dreams and the unconscious. I like to portray these surrealist moments with a hyper-realistic visual language, also in a realist dramatic context. The result is a magical reality where dreams manifest themselves into metaphors and poetry, as a reflection of our collective and unconscious longing. Our latest film Moth was an example of that – it’s a very realist character portrait with a very magical twist about our relationship with fame, this longing for acknowledgment and connection, and the true meaning of self-realization. I think this approach results in a very unique tone and I’m still exploring how far we can take this. Growing up as a little boy in northeastern China, I was also super influenced by the folk tales in my hometown as well as ancient mythology in Chinese folk culture. I’m super fascinated by these tales and I’m working on appropriating them in a contemporary context. Me and my creative partner G Wilson are developing a show that’s based on this premise, centered around a mysterious Chinese herbal clinic in the heart of Chinatown in NYC. So much cinema is dedicated to realism (or simply realist approaches) these days that I really wanna make things that challenge our understanding of reality or just present a visual juxtaposition interesting enough for you to experience a synapse in your brain that you’ve never experienced before. We always say we wanna make movies that you can get high to. The product needs not necessarily to be understood, but to be experienced, in a symphony of sound and visual stimulation.

We are also interested in testing out this approach in China and have surrealist stories take place in a uniquely Chinese setting. Me, G Wilson, and another close friend of ours, Vanessa Leqi Kong are developing a feature film in the same vein as Twin Peaks, about a murder mystery in the barren, industrial land of Northeastern China, where Vanessa and I are from. There are not many surrealist films in China, but the Chinese culture has such a mythical root that operates on a very subconscious level. I think the two can work very well together.

What is “success” or “successful” for you?
I used to think that to be a successful filmmaker means that I have to win an Oscar or a Palm D’or. Of course, it would be amazing to be recognized that way in the industry by your peers, but I also think the more important thing is to stay authentic as an artist, observe the world around you poignantly, and create works that provoke intense/subtle thoughts and feelings. I think I am successful if: 1. a group of people find my work relatable or have a good emotional/intellectual/physical response; 2. the work itself is sustainable enough financially for me to make the next project; 3. I have the opportunity to keep on learning, observing, innovating, honing my craft as a life long pursuit. Money and fame are nice to have of course, but I think what’s more important is what you can learn in your life and what you choose to share with the world. 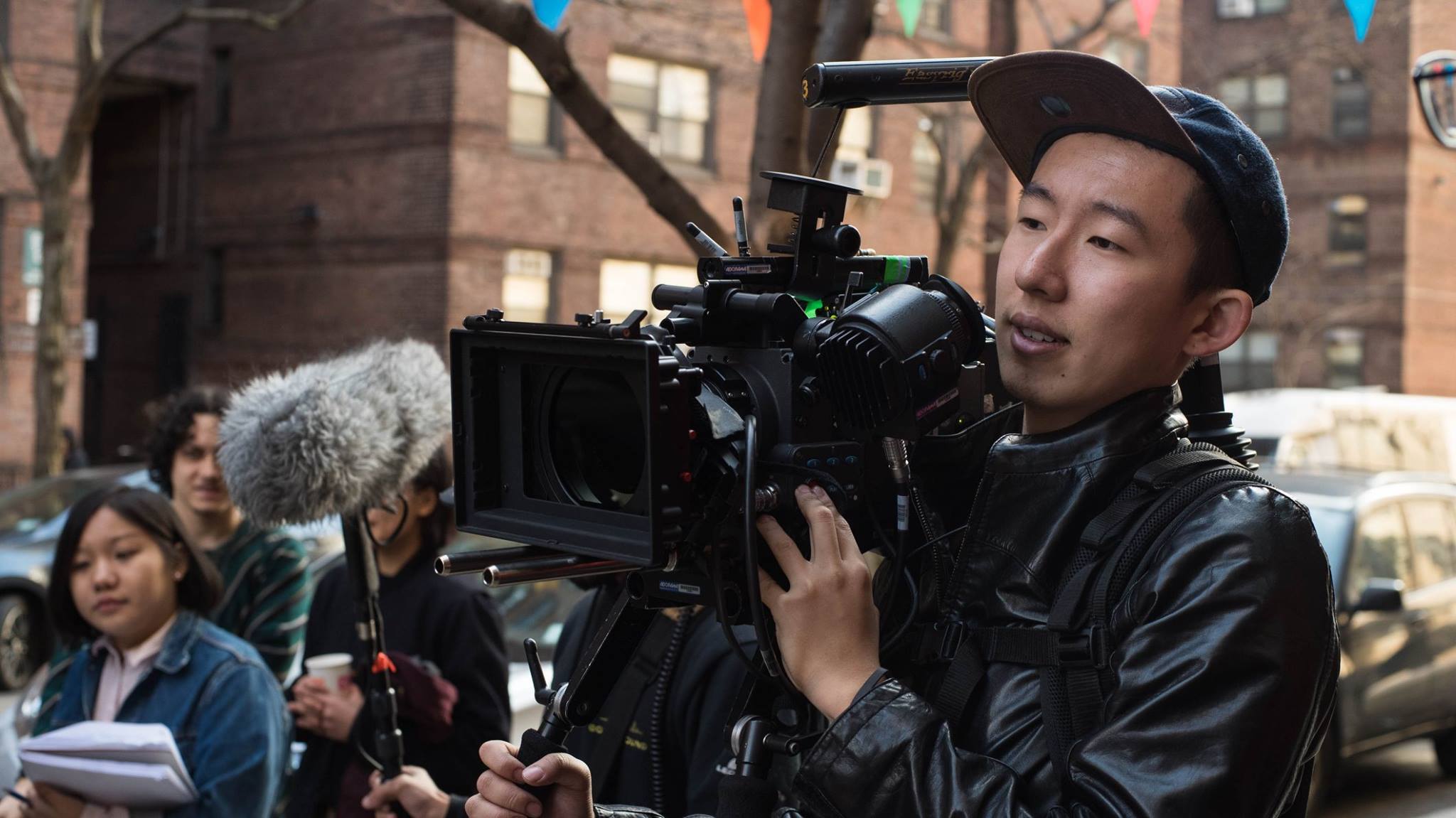 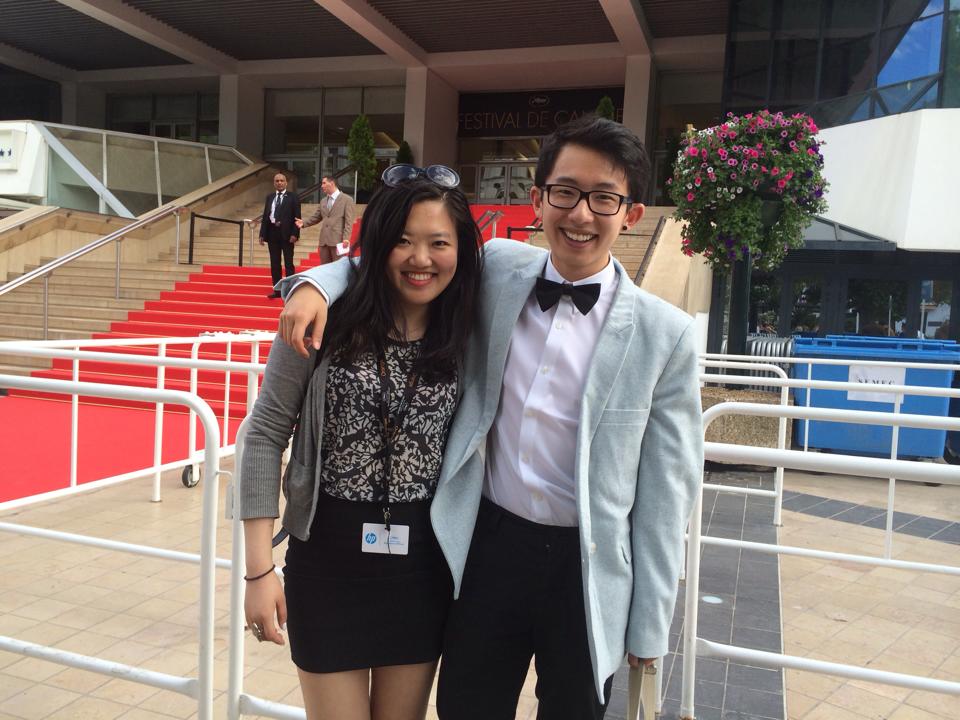 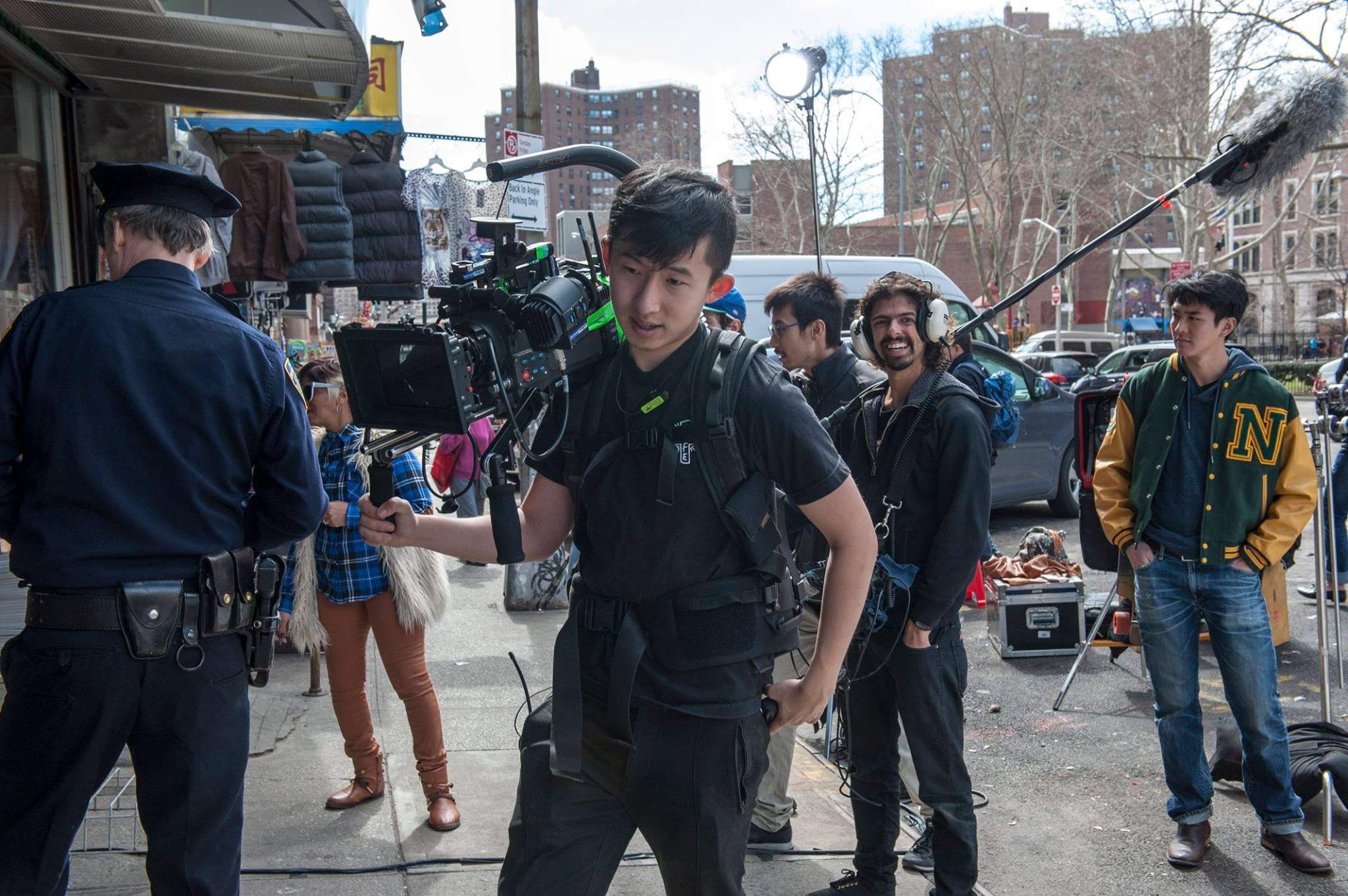 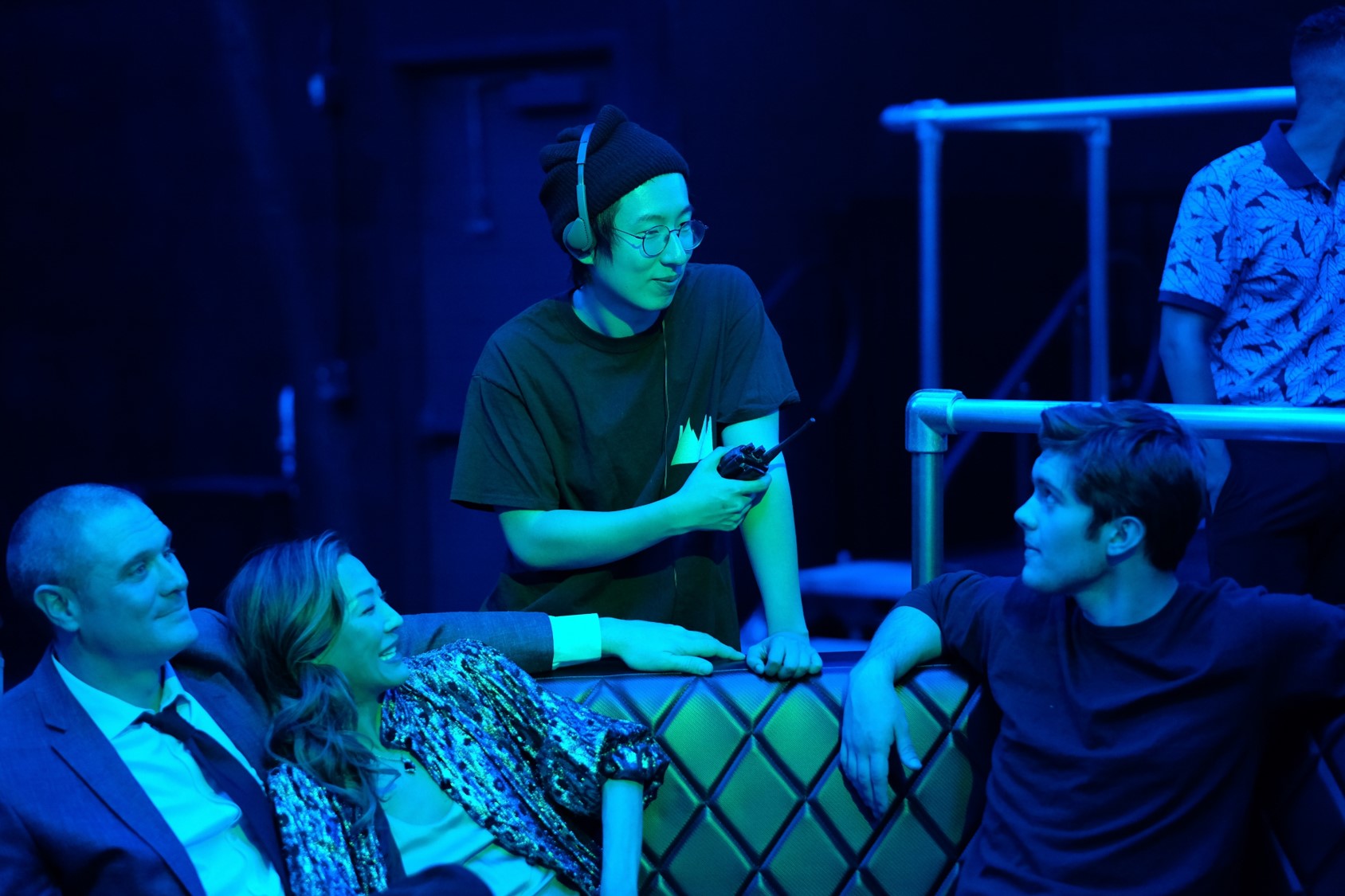 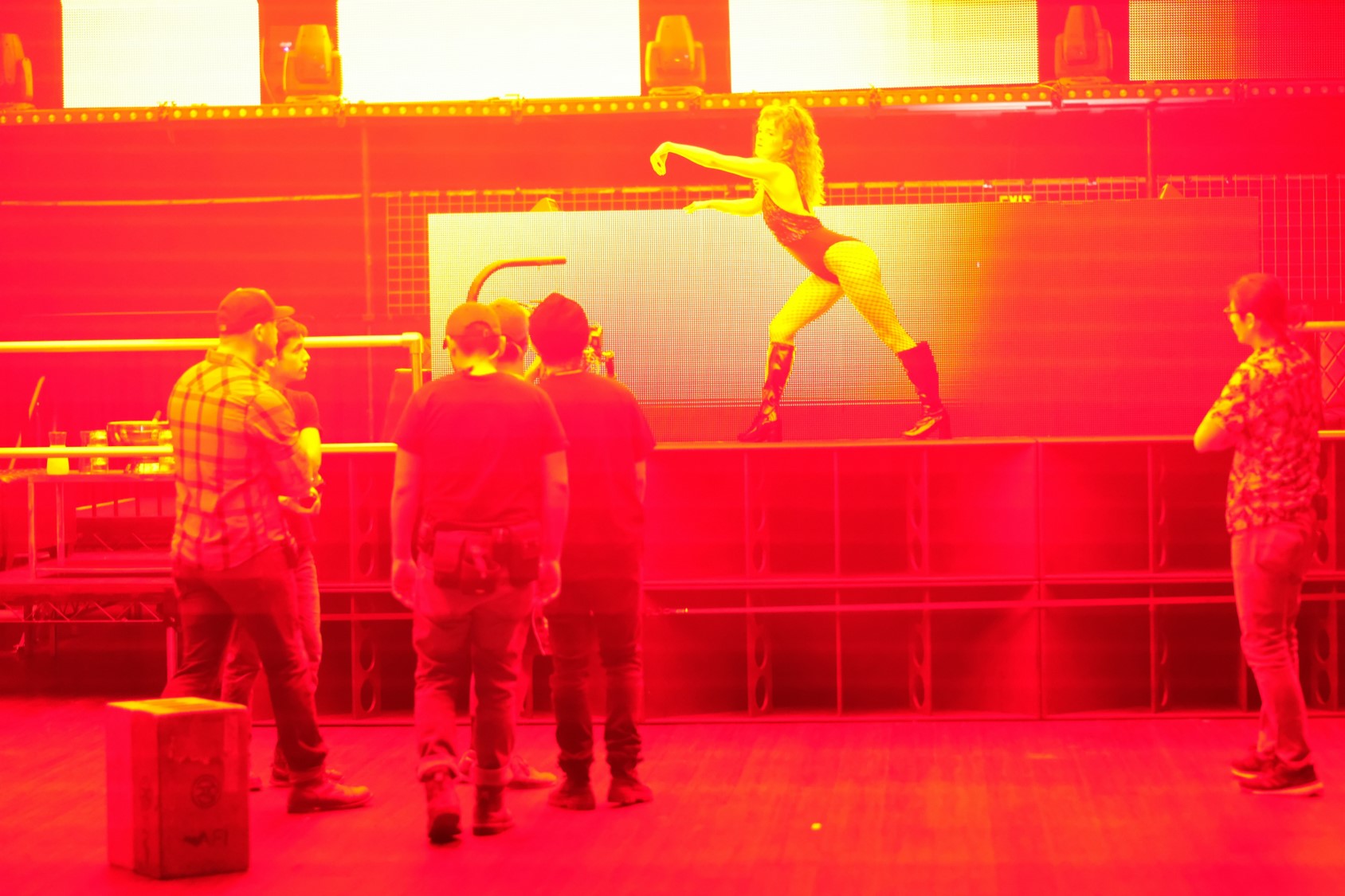 Image Credit:
Ty Smith (for the red and blue one)