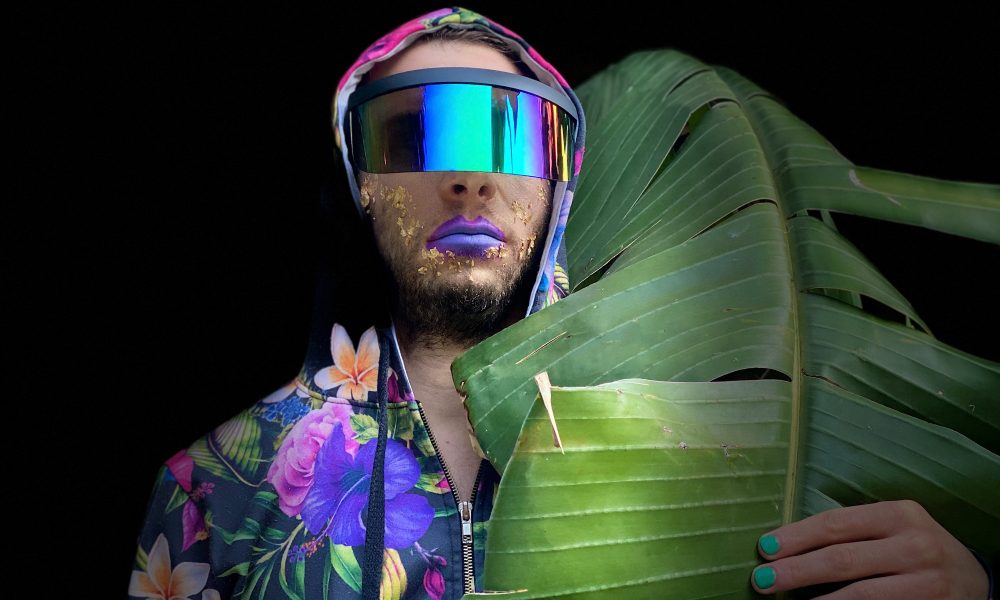 So, before we jump into specific questions, why don’t you give us some details about you and your story.
Kind of a big question but we can start from when I was 3, I saw the world as a giant drum kit – I would bang on everything I could find while singing all the various parts that I would hear in my head – I would be in this zone for hours, inventing these imaginary albums live on the spot, with lyrics, music, drum parts and all… I’d also make the album art out of construction (or really any kind of) paper as the vinyl case or tape/cd cases of make believe artists and bands that existed in a universe of my own making – Eventually, I recorded my first actual record with a shitty lil casio and me singing over it into a tape recorder at five.

This led to an unstoppable habit of recording everything that came to my mind, generating around 200 tapes // recordings from ages 5 to 17. You can look up some of my early stuff on YouTube, just check out ‘FBI by Lil Shmu’, where I’m wearing a hideous 90s sweater with hideous 90s wallpaper behind me.

Between the ages of 9-13, I was in a grunge/punk/garage rock band as the drummer/singer alongside my cousins. We were called Nuclear Puke & our best album (in my opinion) was called Satan’s Zit. I still have it on tape with the original track listing. Gonna re-issue some of that stuff soon.

Fast forward to moving to the States from Toronto, Canada to attend Berklee, where I started an experimental synth/drums duo called Zorch. We moved to Austin, TX and organically built a following from ground up there; Austin ended up being the perfect place for us to situate ourselves as a band, as the audiences were open-minded and ready for something fresh & different. During that time, we threw some wild SXSW parties, one of which was at a college Co-op whose capacity was probably at around 75 people, however it was stuffed with somewhere in the ballpark of 400 people at any given time, with such acts as Grimes & Andrew WK headlining, for free mind you! The buzz we created in Texas eventually led to us getting a record deal with LA-based label Sargent House in 2012. The other member of the duo quickly lost interest in making music, and it fizzled out.

In 2018, I joined LA-based band Vinyl Williams as the live drummer & my first show with them was at Desert Daze, our slot being right after one of my favorite bands of all time, MBV – which was both frightening & life-affirming at the same time. Vinyl Williams had (& still would be with or without met) been my favorite modern and current band, so getting to be a part of that has been a wild and beautiful experience. In early 2019, I finally made the permanent move to LA & have been making music here ever since, so I was really only in LA for a year before COVID hit.

Throughout all these years, I was generating loads of solo material under my moniker Shmu – which has been a project (since 2007) and can be best characterized as consistently changing and morphing as I never stay still.

Although most people think of me or know me firstly as a drummer, I’ve always been just as passionate about composition, production and songwriting. My next record, The Universe Is Inside My Body, which just came out on Orange Milk Records showcases my passion for composition, as it is my first record without the use of drums or vocals (& there is only ~some~ guitar but very few live elements).

Has it been a smooth road?
As a teenager, I received two kornea transplants after being diagnosed with a rare degenerative eye condition known as keretekonis. You should have seen my eyeball at the time. It was red AF for six months & looked as if someone had just punched me right in the eyeball ~ When I was 12, I was diagnosed with ADD – which I think is what is behind the gift and the curse of my creativity & how my brain works. So many ideas bouncing around my head all the time, which can be exhilarating but also overwhelming and exhausting at once. I find paying attention to anything that is unrelated to music that doesn’t necessarily fall into my pile of interests to be very difficult to follow, especially if it’s technical and requires any level of memory & information retention. In my mid-20s, anxiety and insomnia started to rear their ugly heads in a very pronounced way. The duality of ADD, which can be rectified by stimulants & anxiety/insomnia which can be eased by any form of downregulation, are often at odds with each other – this is the cosmic battle that I experience on a daily basis and can probably be detected in the music itself.

On a physical level, I have severe hyperextension, double jointedness, & body inflammation, which in the past has created some serious issues such as carpal tunnel in my arms, which for a drummer can be a death sentence. When I was 19, a doctor told me that I would never be able to play the drums again as a result of the carpal tunnel from pushing my body beyond its capacity (important learning lesson) and overplaying guitar piano & drums. All these setbacks and challenges however are both gifts and curses; I view limitations as having the power to provide unforeseen and unexpected exciting artistic results. Like the one armed drummer in Def Lepard, Dude is righteous AF! I sound like a surfer bro. Anyway, there are always new and exciting ways to express oneself, even in the face of tragedy – I think limitations often can free people up in a counterintuitive way.

We’d love to hear more about your work and what you are currently focused on. What else should we know?
I’m a prolific musical artist from Canada, mostly known for being a wildman caveman like drummer – Sounds cheesy, but I more-so fancy myself as a channeler of frequencies or a sonic sculpter, exposing sound from its infinite block of origin. I like thinking about where the separation in existence is between outside and inside forces – who is really making these decisions we make in art?` The grey area that exists between freewill and predetermination is something I keep in the back of my mind all the time.

Throughout the years, my live setup has always evolved and changed, throughout various solo and full band iterations. It took a lot of years performing live and tweaking the setup and sound to get it to what I’ve currently landed on – which includes the useage of drum sensors. The sensory percussion drum sensors are made by Sunhouse, which allow me to generate, trigger & manipulate a vast array of electronic sounds, samples and synths based on my individual drumming style and expression, converting my performance into a composition live & with no overdubs or backing tracks. I’m going to start a live stream channel soon where I do in the moment improvisations with drumming, looping, automating, with and without drum sensors, alongside improvised and automated visual 3d mapping.

Every time I work on a project, my goal is to approach what I do differently each time, whether it be the production, composition, style or aesthetic. I want to explore every facet of what I’m artistically capable of and go as deep as possible into each direction explored before moving on to the next iteration of what Shmu can be.

I’m most proud of my new record ‘The Universe Is Inside My Body’.

While constructing ‘TUIIMB’, I naturally gravitated towards an approach that emphasized the tangential relationship between sound design and synesthesia, painting a fun & playful user-friendly experience throughout. An immersive mish mash of colors, temperatures, climates, shapes, and/or specific visual images, such as a drum set of all splashy sounds instead of a traditional electronic or acoustic drum kit, replacing binary black and white sound dots with ocean blue ones instead.

Can organic sounding music be influenced by and contain non-organic elements such as some algorithmic-based generative sound within the composition?

I wanted the track titles to further illustrate this evolution (from Homosapien to the future race of AI integrated superhumans) as well as to supplement the overall multi & hyper modal sensory experience of the music.

This is the first album I’ve made without the use of either of my two principle instruments, drums & vocals. I wanted to see what I could do without those elements before adding them back into future music. I also wanted to explore many different approaches to the harmonic content, finding lines and shades that exist between harmony and dissonance.

I’ve always loved emojis which is why all the track titles have emojis- they help me express abstract emotions and humor/lightheartedness that words alone sometimes fail to convey – All of the songs together patchwork a universe, each track its own planet – and that universe is inside of me and I am inside the universe – an infinite echo-ing effect.

How do you think the industry will change over the next decade?
Collaborations with AI. More space being filled on streaming platforms with AI algorithm remixes of our own songs OR just songs made by/with AI generating programs. Perhaps big tech companies, like Google (or who knows maybe even Spotify will adopt this) – will offer artists an array of pre-decided musical plugins/default presets with pre-determined tempo, key, length, etc based on heavily clustered data points on these characteristics – anything to increase capital will inevitably be the deciding factor of where the music industry will be in 20-25 years, as it’s already competing with podcasting for access to people’s earholes. 25-minute albums or 2-3 hour experiences (as opposed to CD length records 45-60 mins). Singles will still play a role because of playlisting. Maybe pop songs’ lengths will be shorter. Dopamine Exhaustion. 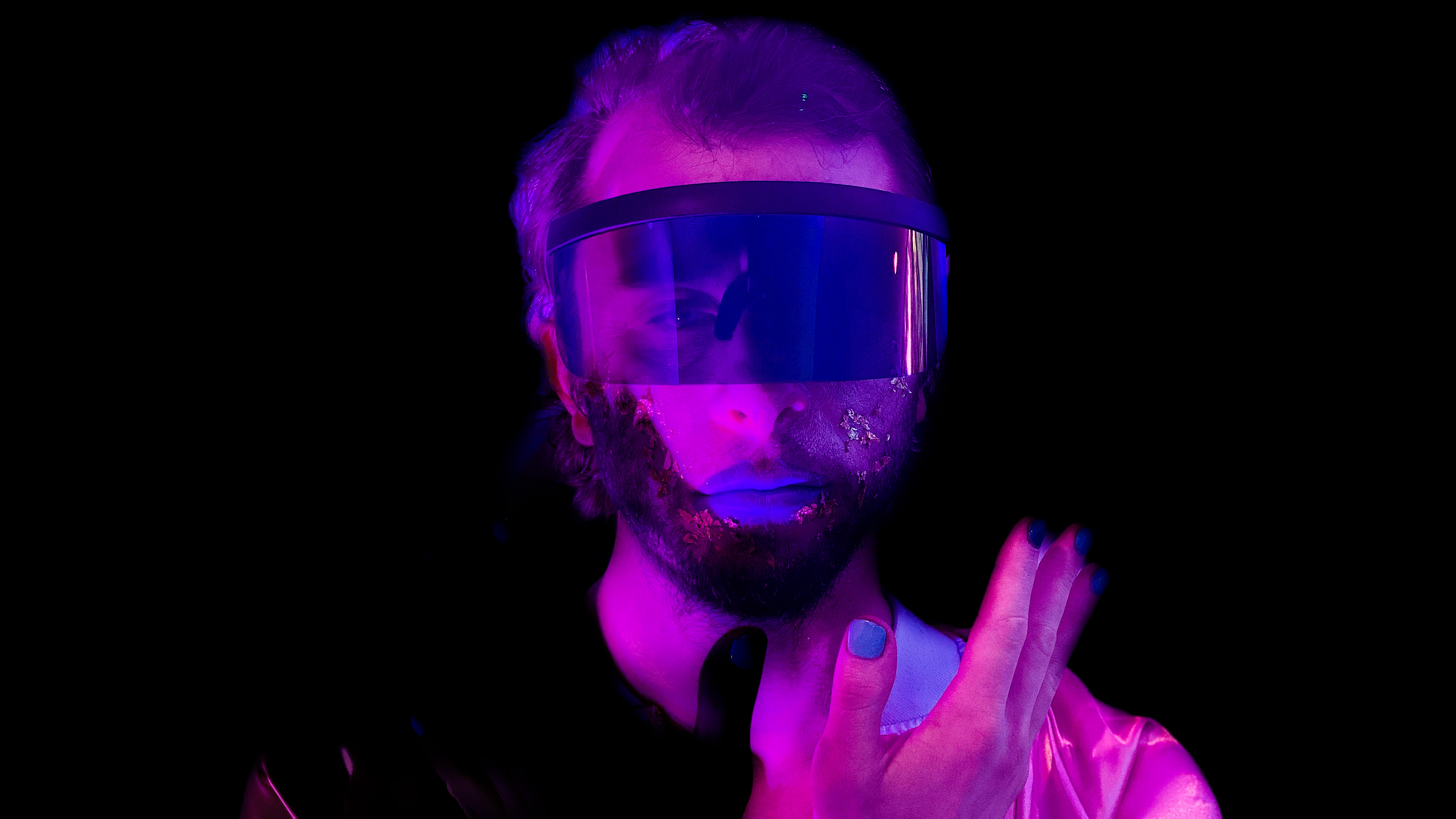 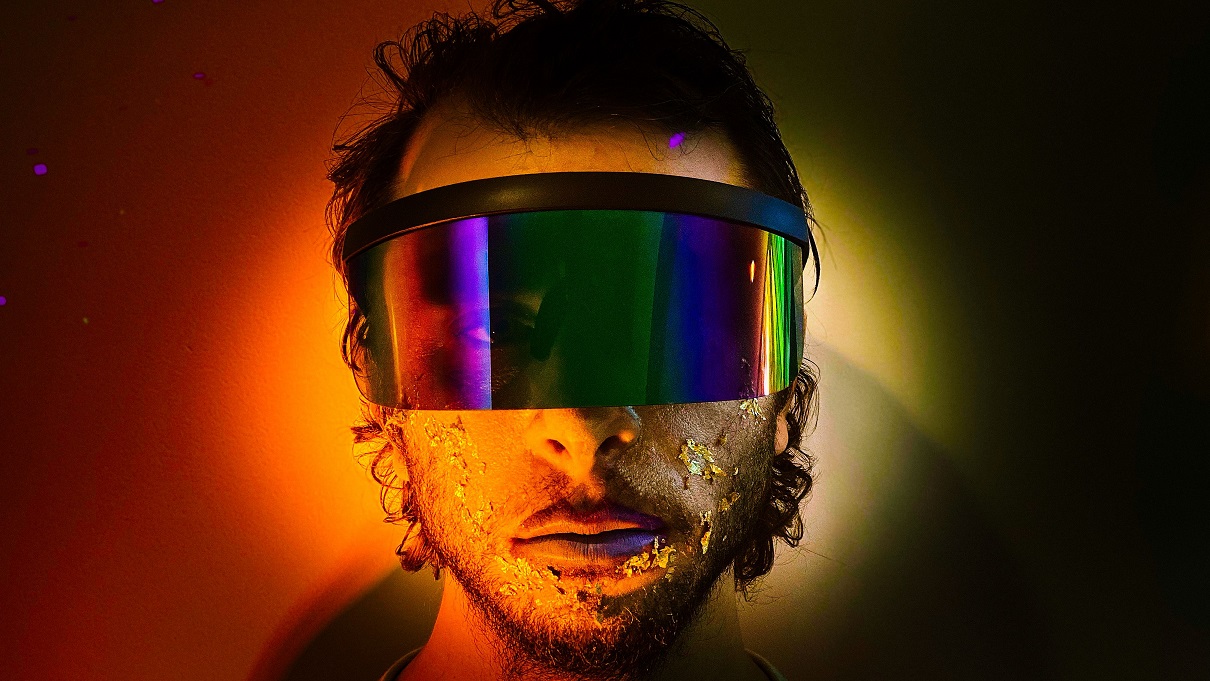 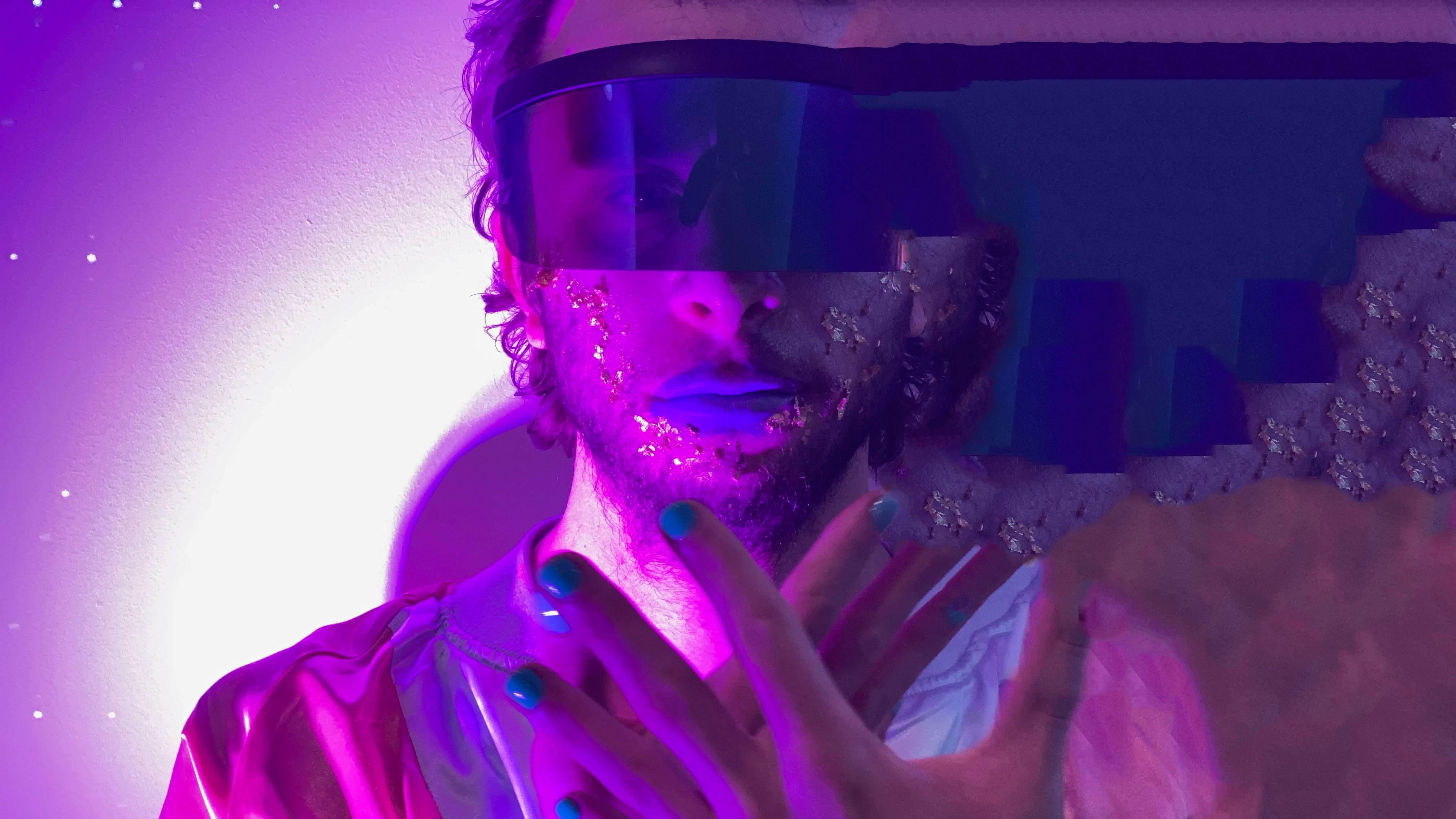 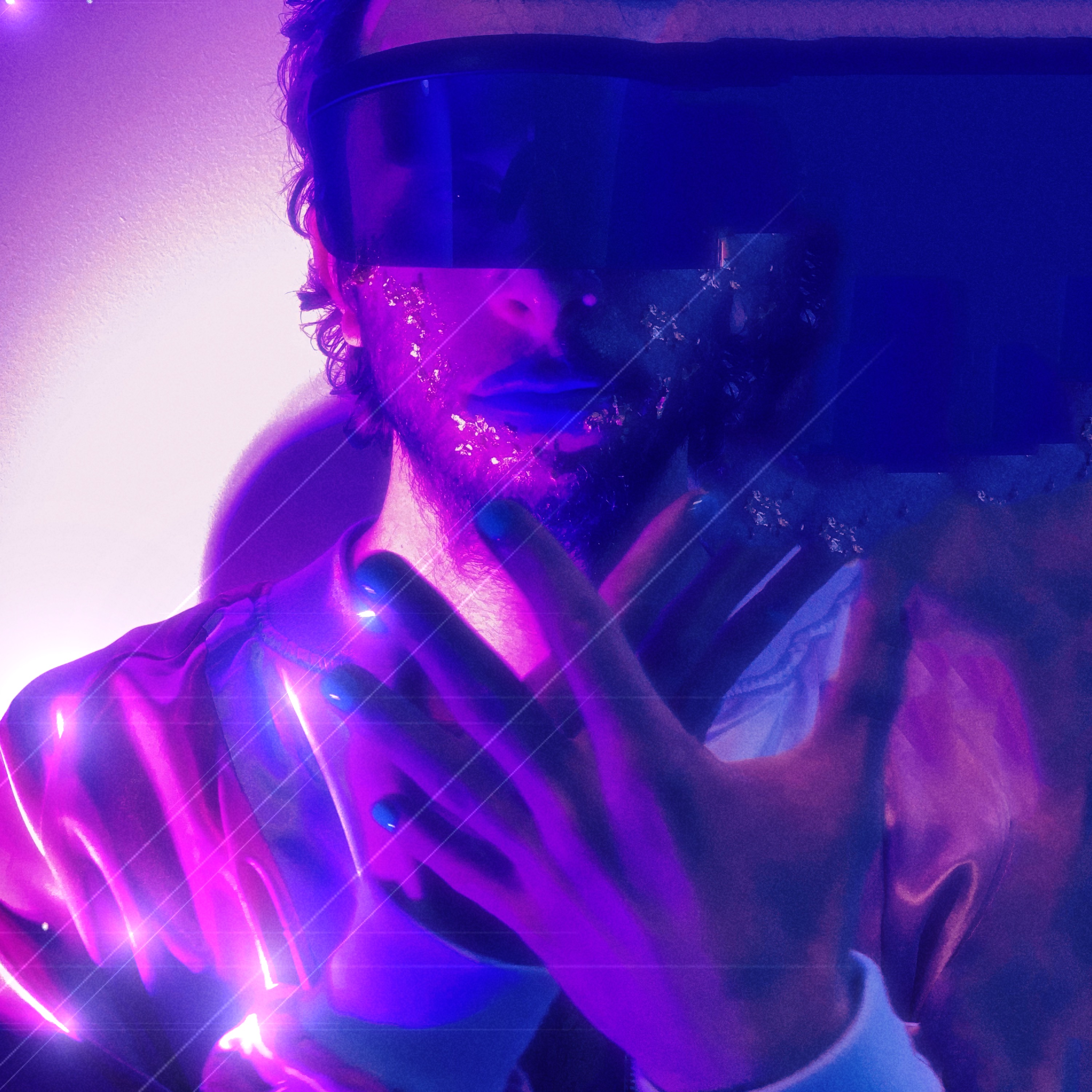 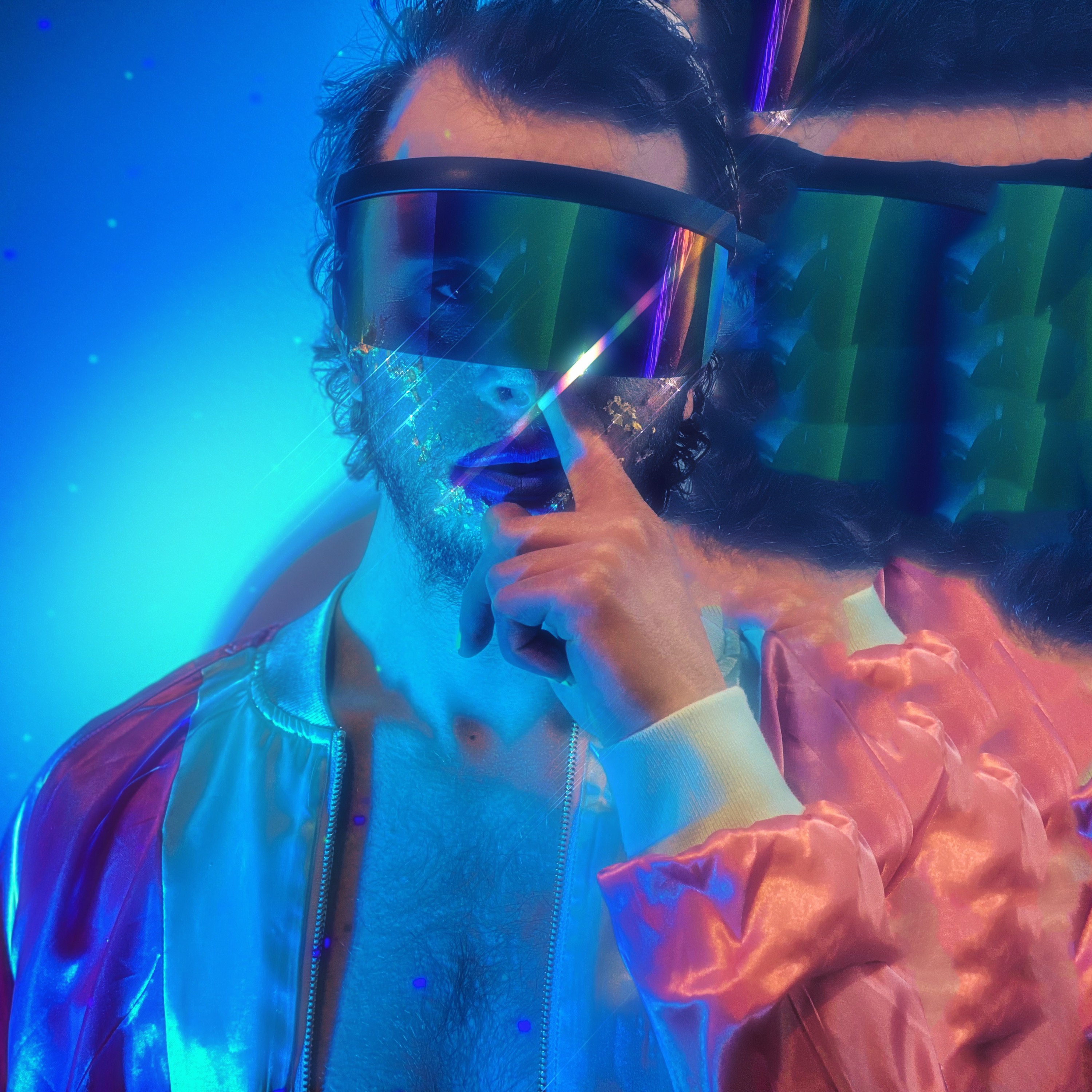 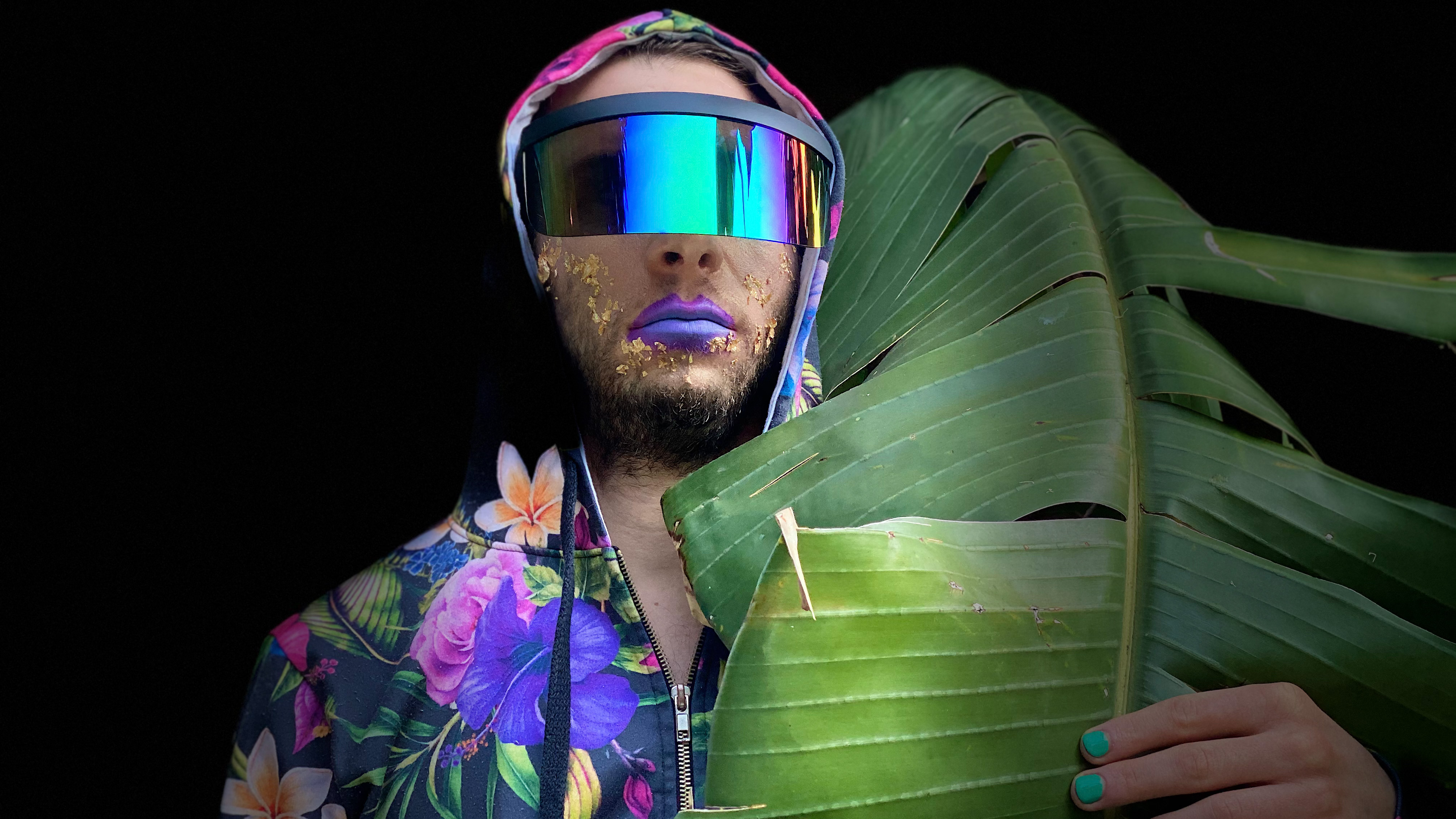 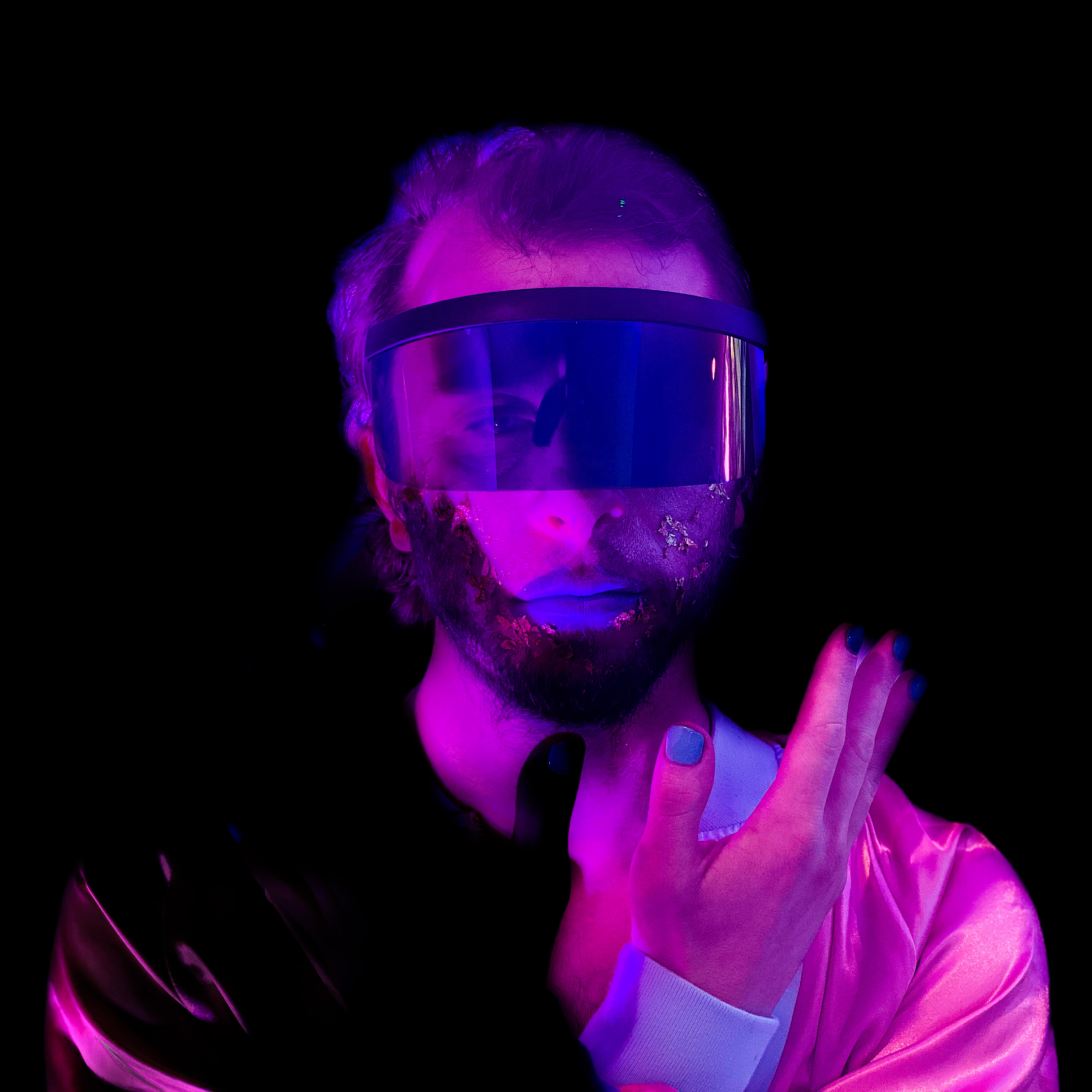