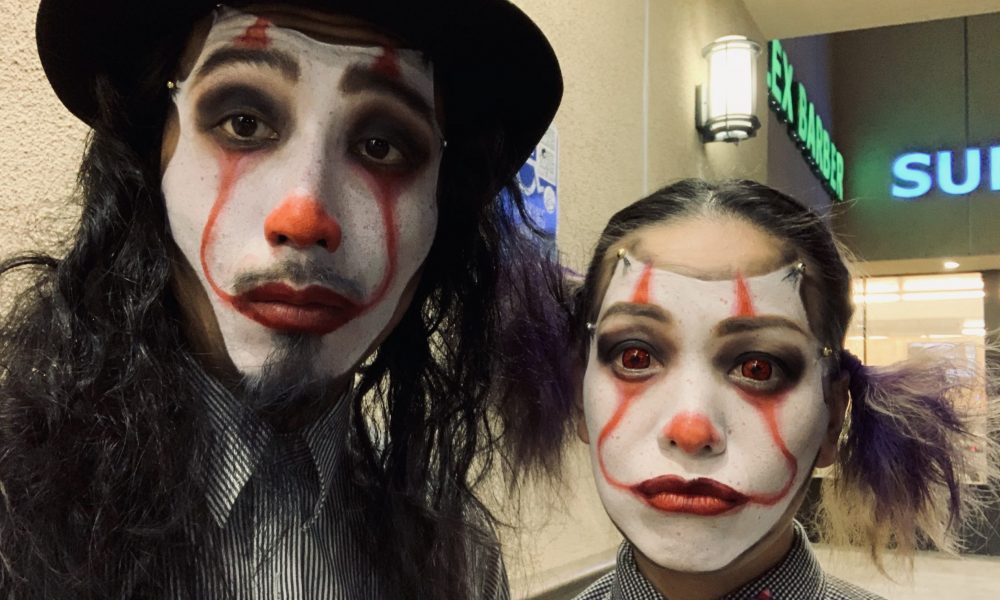 Today we’d like to introduce you to Shino Kakuta.

Shino, please share your story with us. How did you get to where you are today?
I’m a special effects makeup artist. I’m originally from Goshogawara, Aomori, Japan which is really rural. I’m an only child and I was raised by my mom who is single mother and traditional Japanese lady. She has a cafe and as an owner. She was so strict, work harder, strong, and supportive. I’ve watched her and I thought, I want to support her if so I need to be big, success, and also I wanted a person with a specific skill. I’ve always filled with curiosity and challenged whatever I interested. Especially, I’ve got into art and I knew I’m good at detail work. Also, Hollywood movies. I grown up really countryside so there is not much information and didn’t know the special effects makeup artist is a real job. I moved to Tokyo when I was 22 and surprised that I didn’t know so many things until then. I was struggling to decide what is the best job for me and so I did many kind of job but I wasn’t satisfied. But one day, one of my customers told me “you should be as a makeup artist“ and I realized I’ve always been interested in Hollywood movies like horror, syfy, fantasy and also, Michael Jackson ‘s music video “Thriller“. And I decided to go to Hollywood. I saved money for four years and finally, I moved to LA when I was 29 years old in 2010. But I’ve never visited LA, didn’t know anybody, and couldn’t speak English at all. It was so tough, scared. I realized that I couldn’t go to makeup school directly because I needed to understand English and speak. So at first, I went to English school for eight months and transferred to Makeup school. Of course, my English is not perfect and didn’t get what the teacher said. So I brought my camera every day and took pictures all of process. It was pretty hard. But I was so happy that I got a best student.

After I graduated, I entered IMATS ( international makeup trade show) twice and was chosen for both finalists and I won first place (character/ prosthetics) in NYC 2012 theme was Men in Black. I called my mom right away and she gave me compliments for the first time in my life. Yes, she never gave me until then. So I was extremely happy at the moment. After that, I interned at B2fx which is Barney Burman studio and worked for Grimm season 2,3. My plan was going back to Japan after that but I felt that I wanted to learn and stay longer. I challenged a lot, I got an awards beside that and also I was supposed to on the TV show which is Faceoff (reality special effects makeup competition). But they said I can’t because I’m not a citizen. I thought many times going back to Japan and give up because of that problem. But every time, when I thought that something happened or If thought about my mom or my friends who always supported I couldn’t and stop me to stay. And I got a green card. I’ve worked for TV show, commercial, Bridal, short and feature films and also I’m making mask, jewelry. It is pretty hard working as a freelance makeup artist but I love to be on set and when I create my design.

We’re always bombarded by how great it is to pursue your passion, etc – but we’ve spoken with enough people to know that it’s not always easy. Overall, would you say things have been easy for you?
It wasn’t smooth at all. English, visa, etc…

We’d love to hear more about your work and what you are currently focused on. What else should we know?
I’m a freelance special effects makeup artist. I’ve been working for TV show, commercial, Magazine, Bridal, short and feature films. I also have a Japanese Nail certificate and making custom jewelry, mask. I work quickly. I’m a Japanese and love Japanese history and culture so I like to think about those combined design.

Has luck played a meaningful role in your life and business?
Good luck: Got a green card, supportive people, got some awards.

Bad luck: Took a long time to realize what I want to be, and visa. 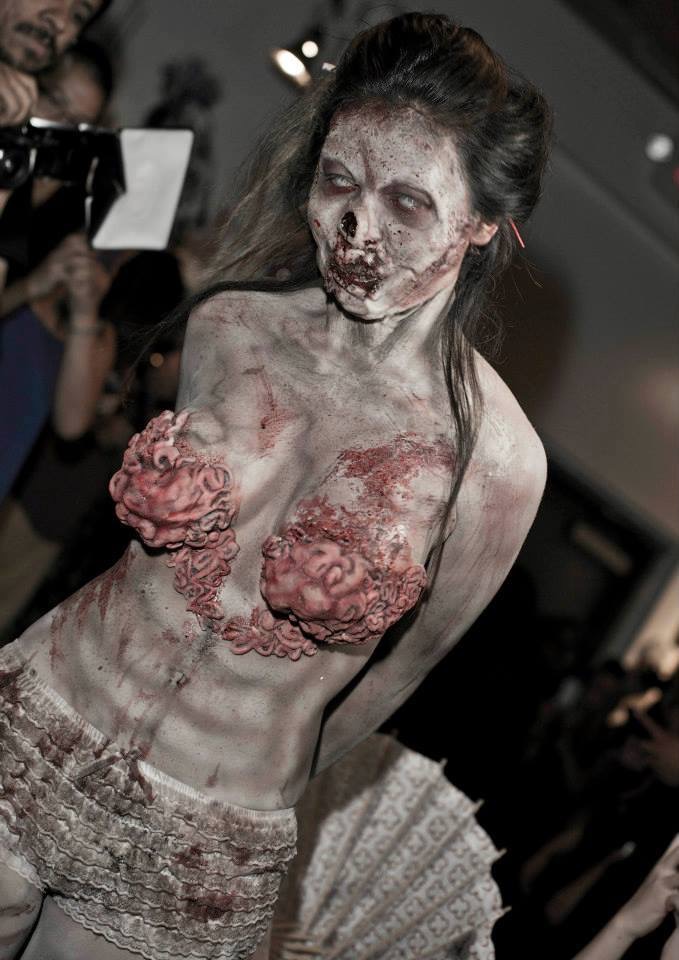 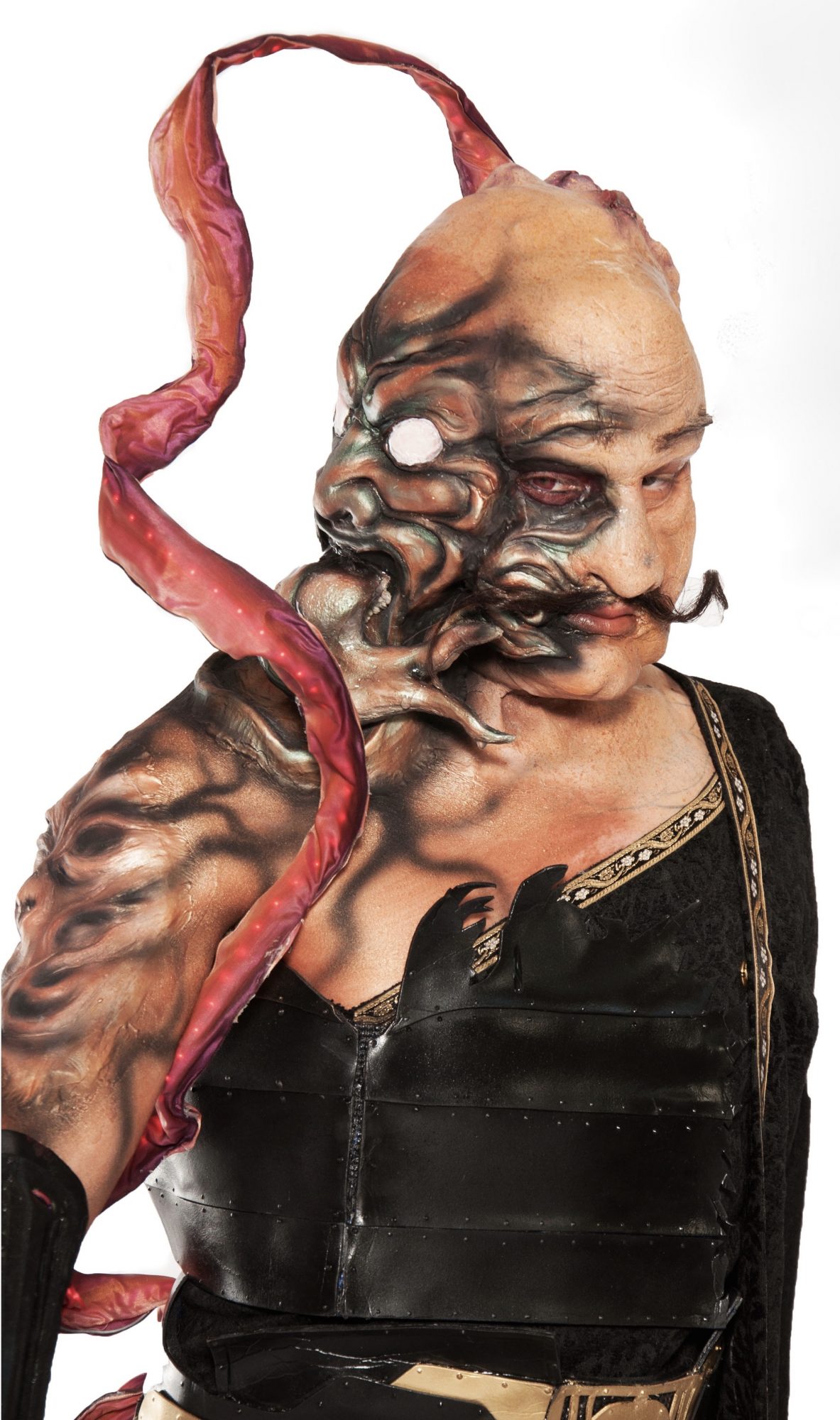 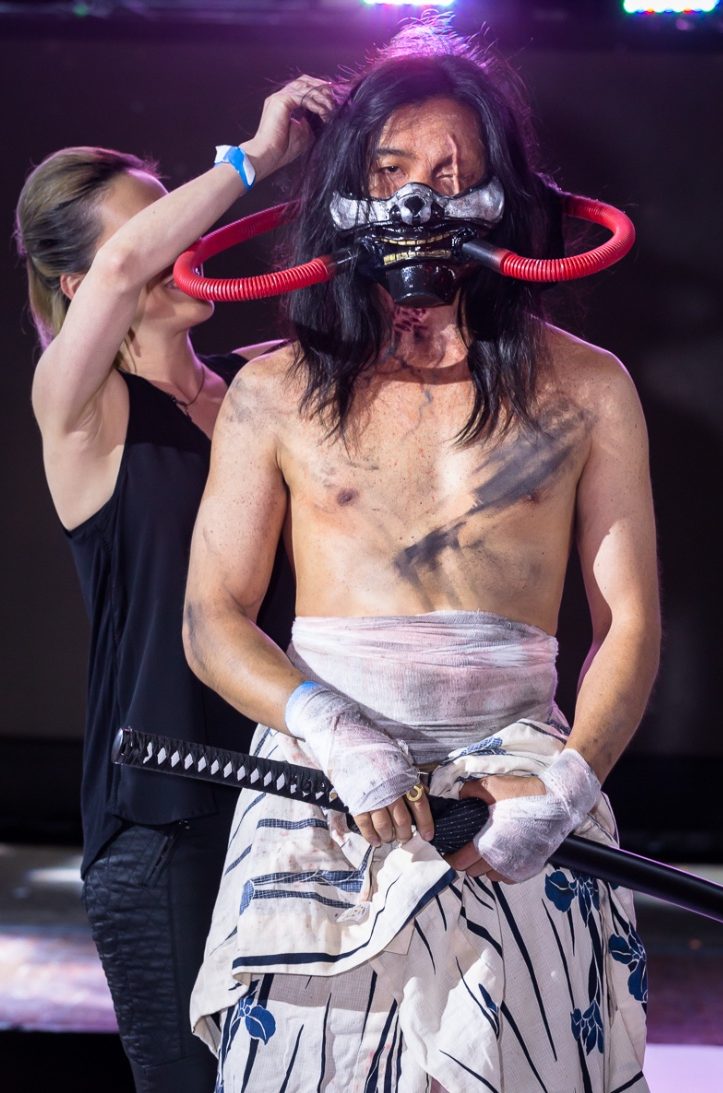 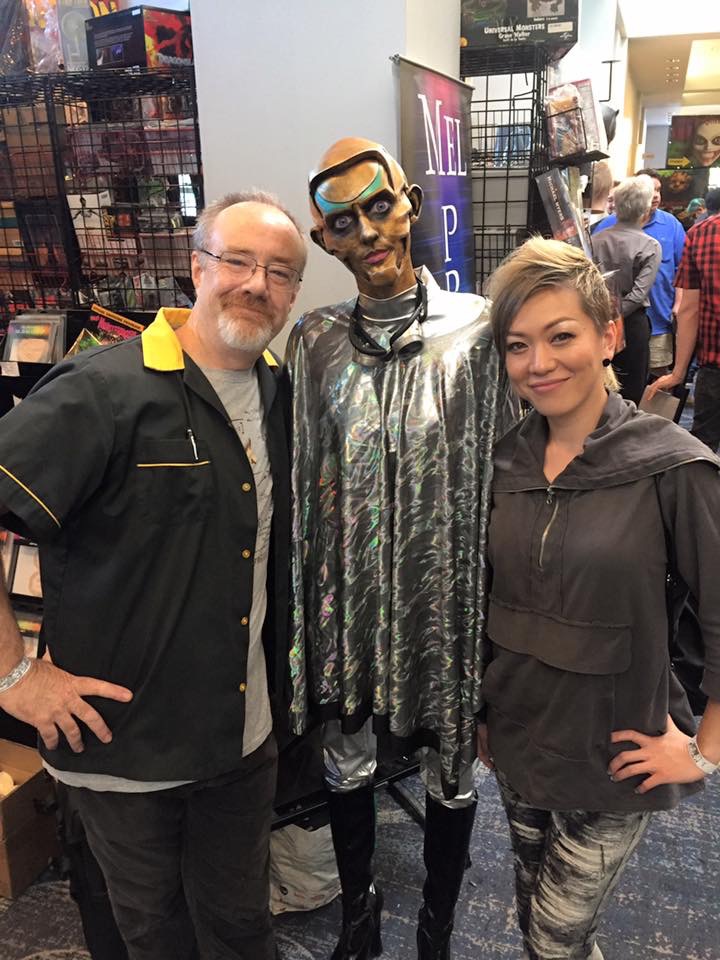 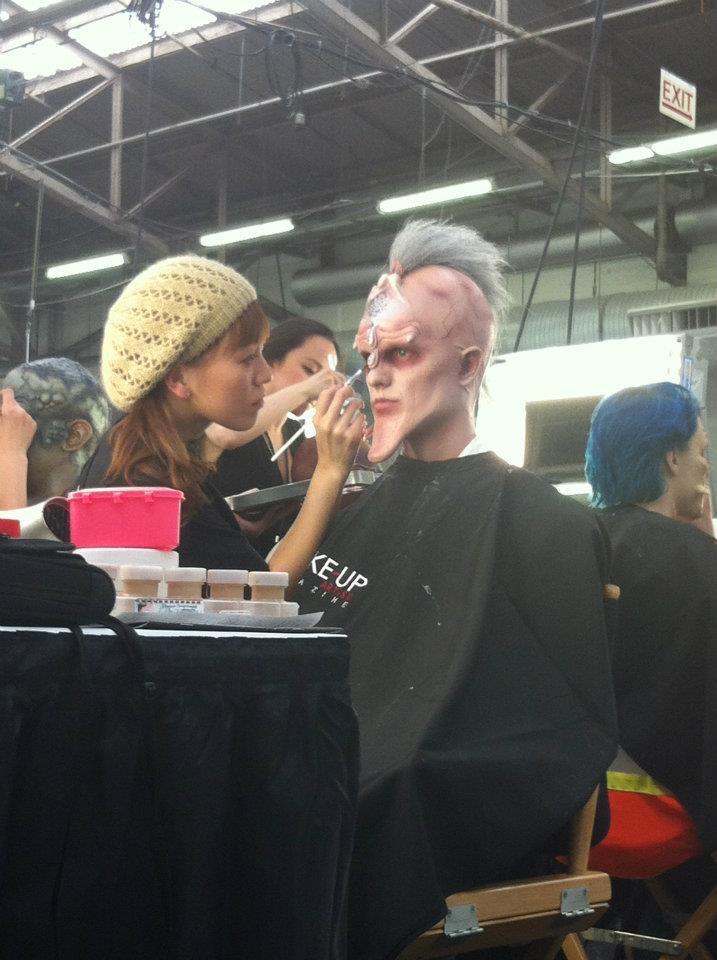 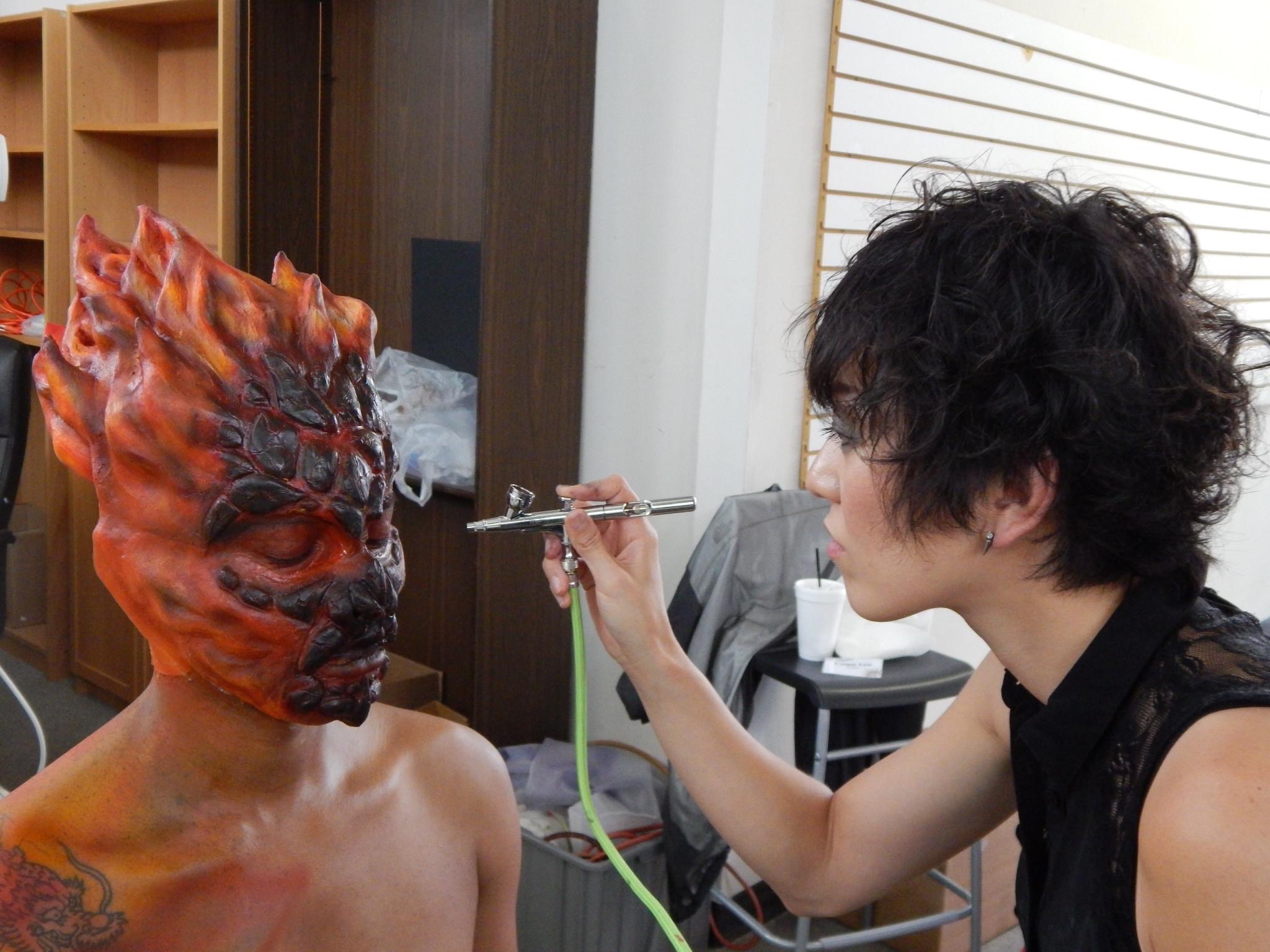 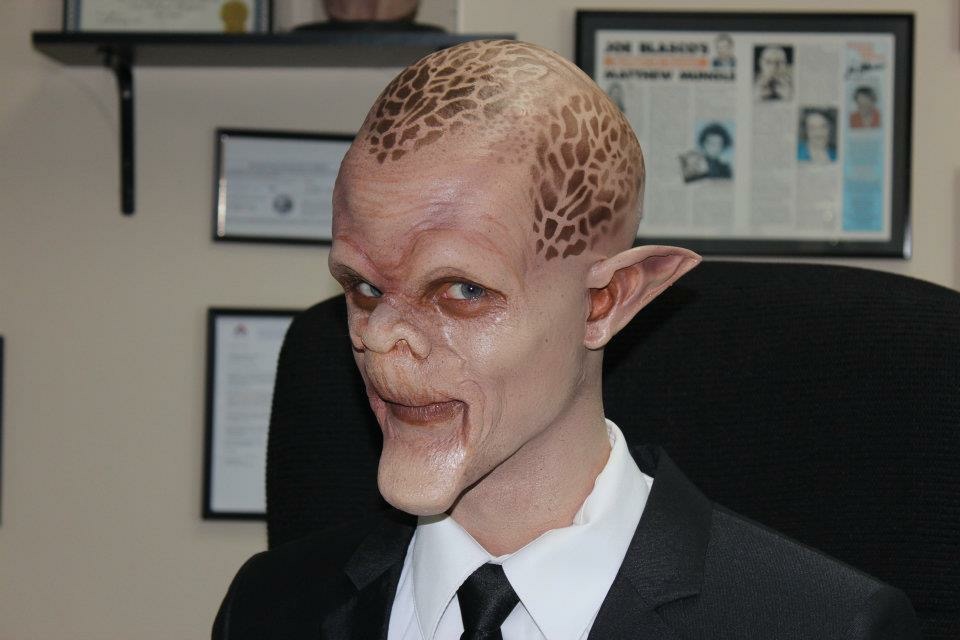 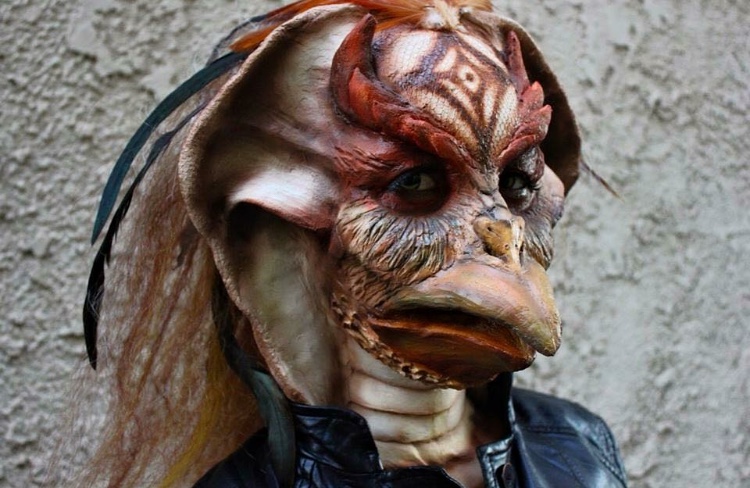 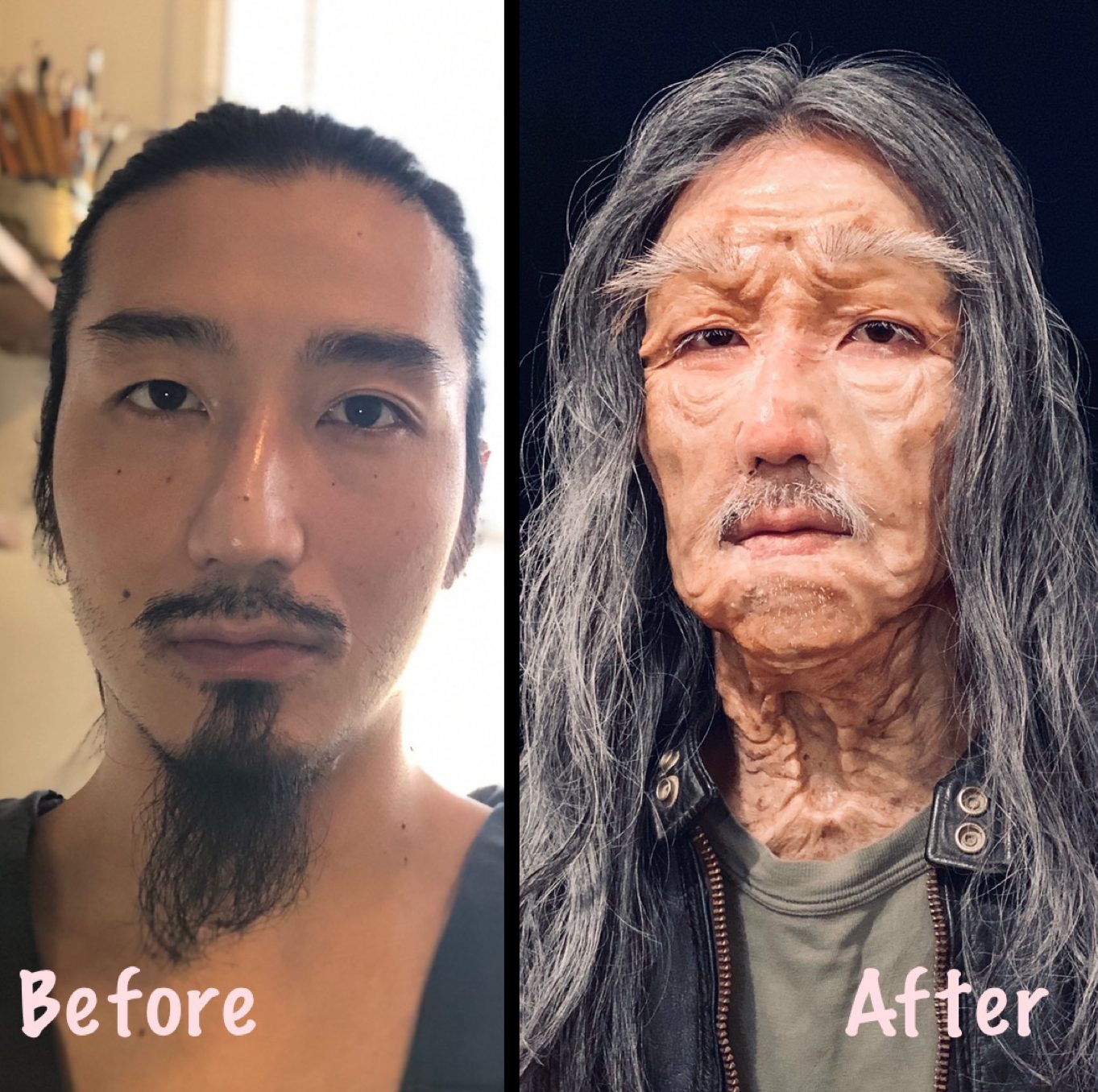 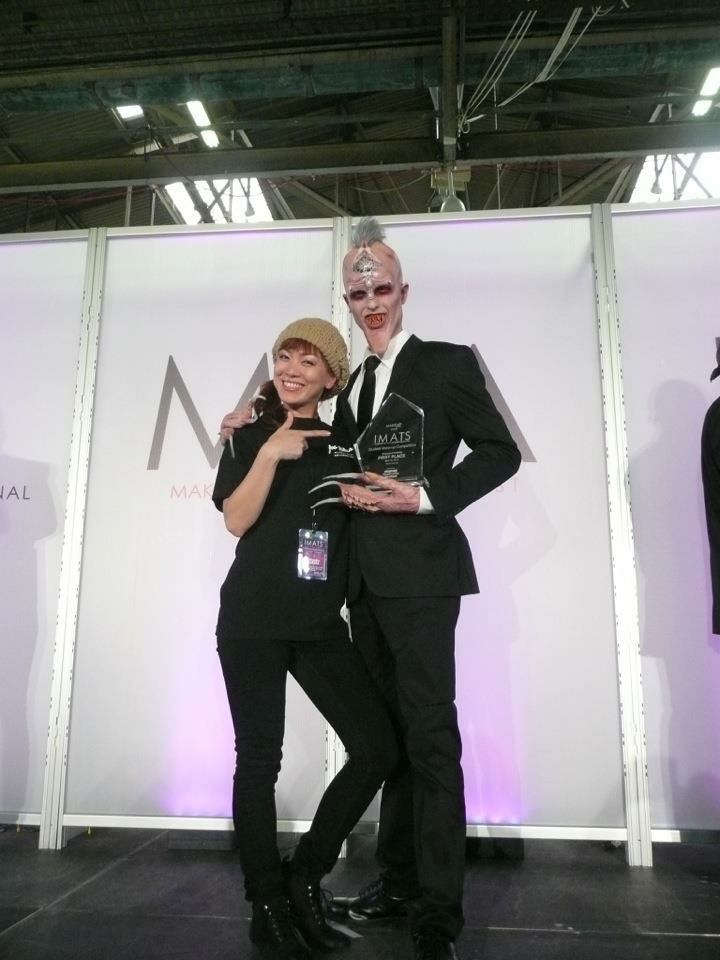 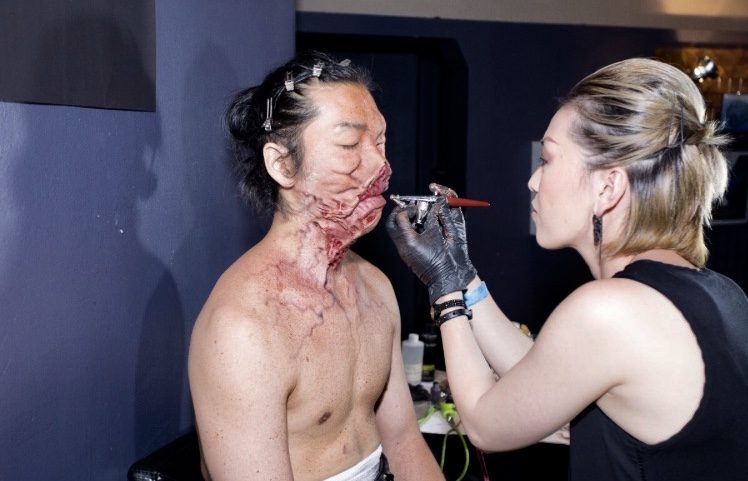 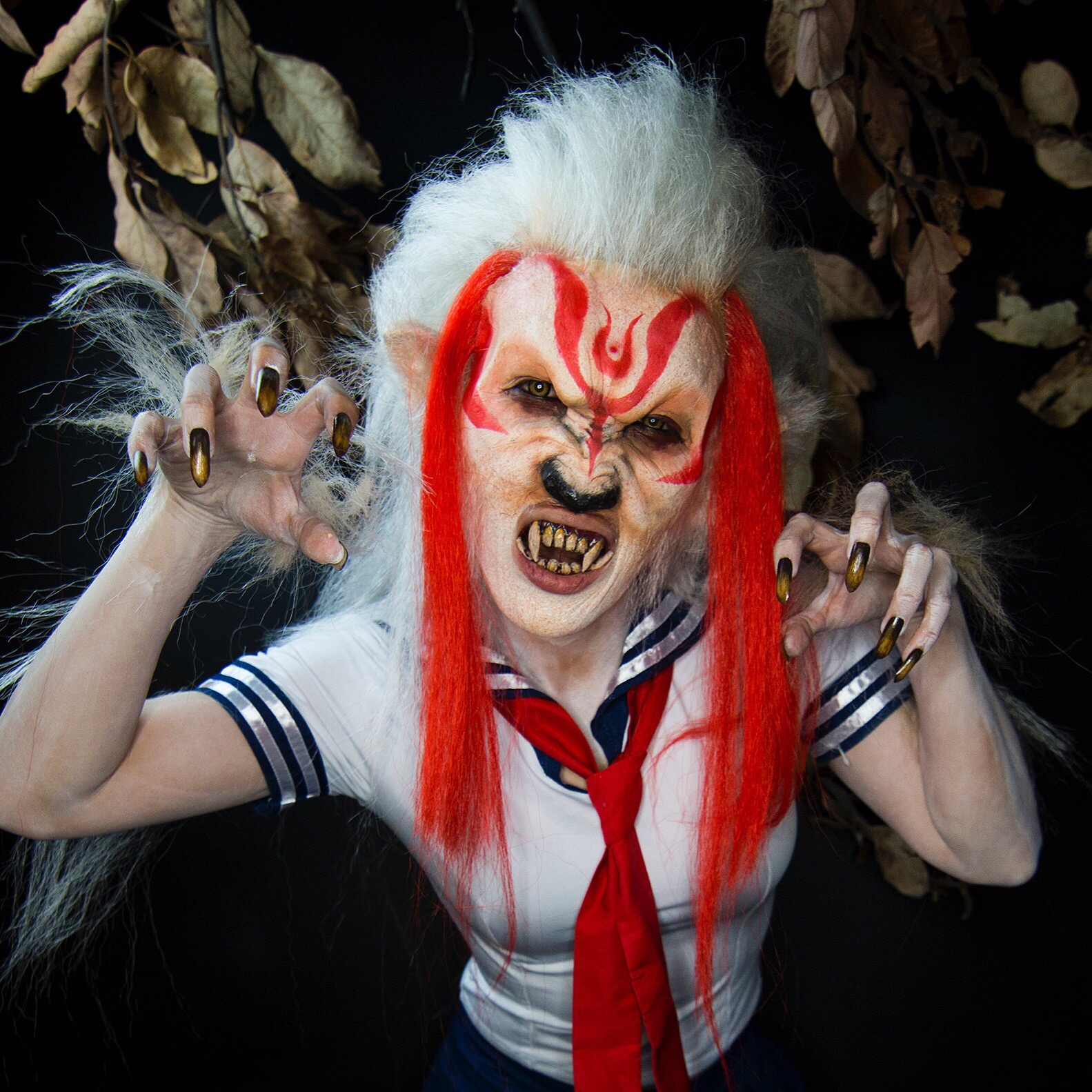 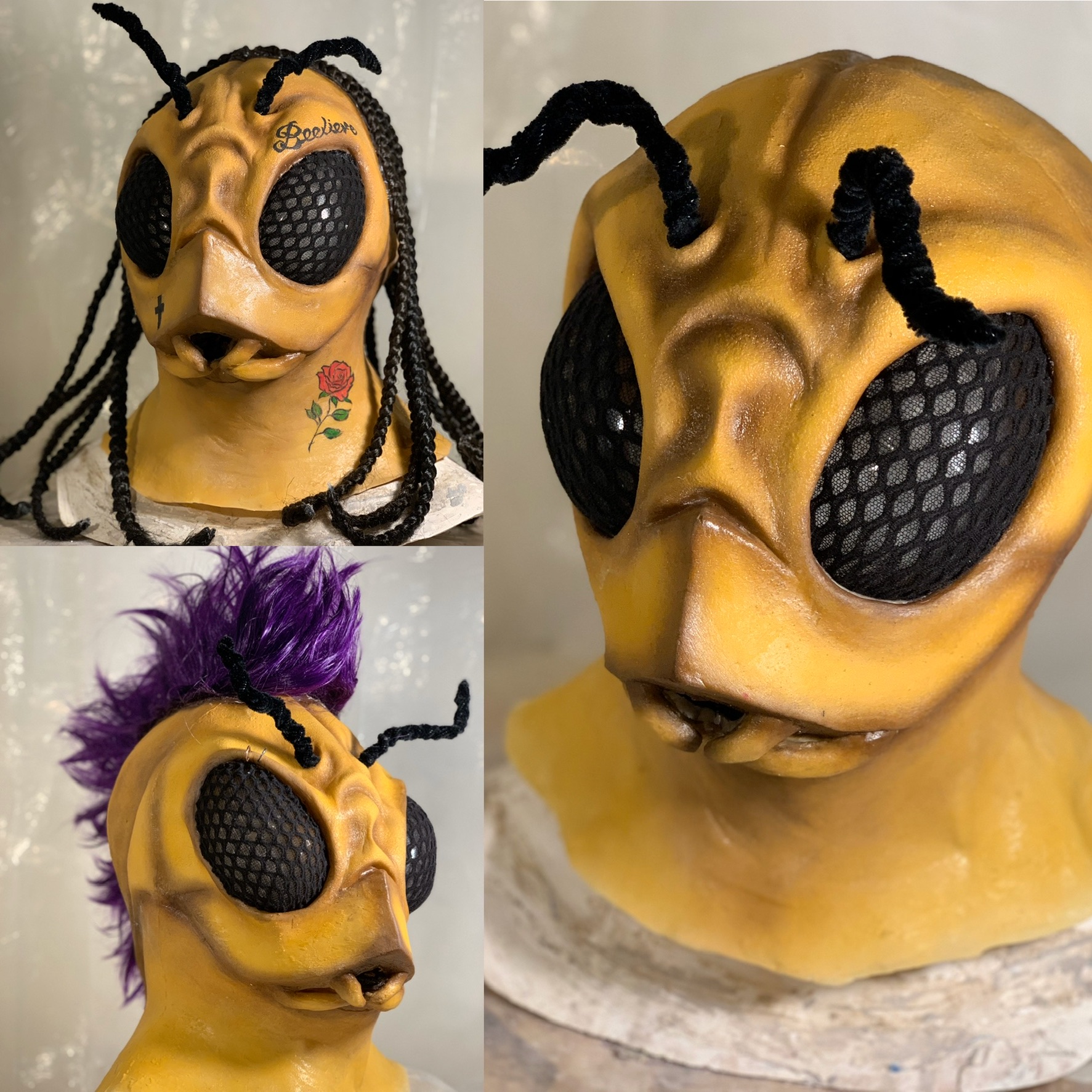 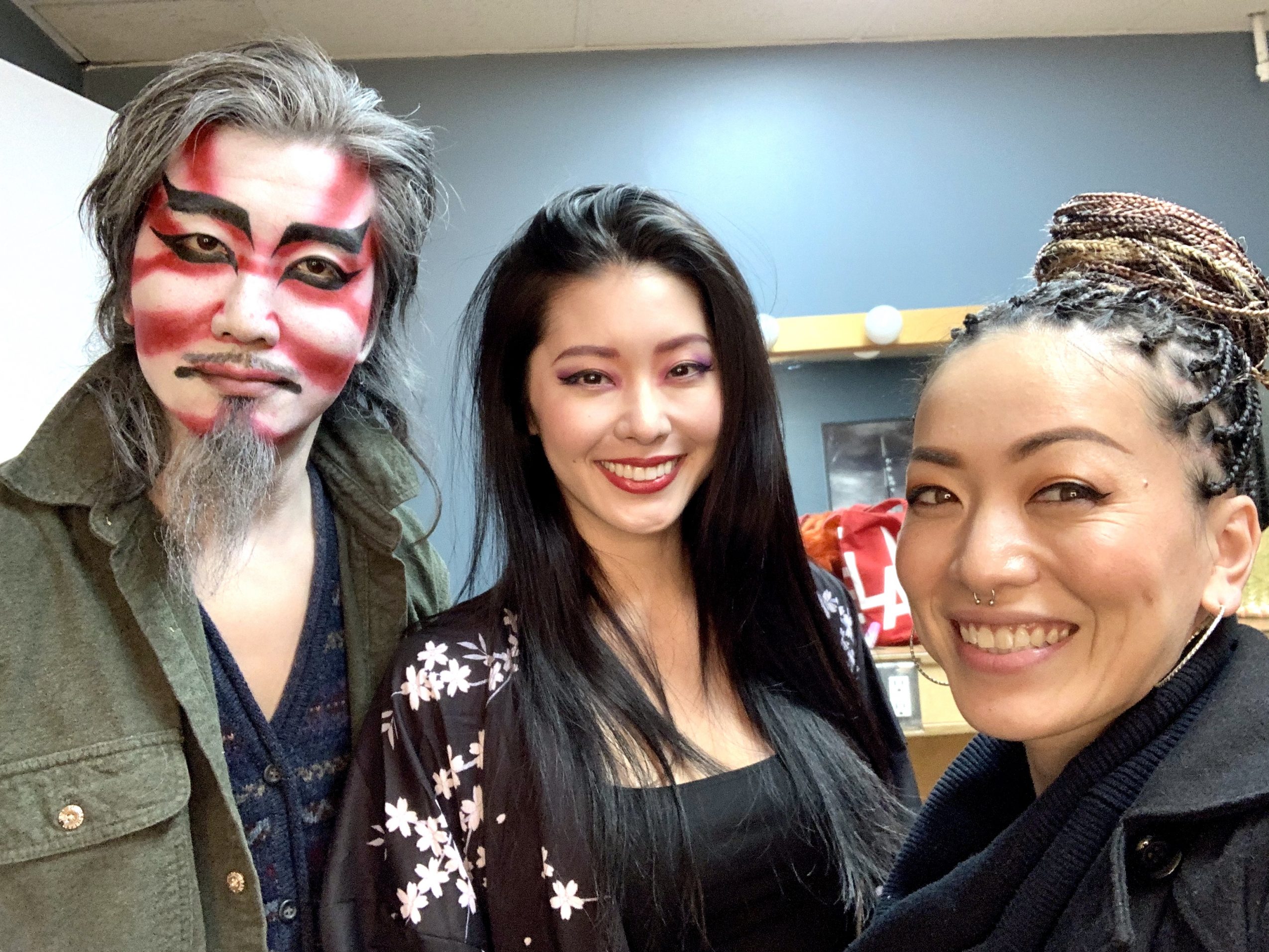 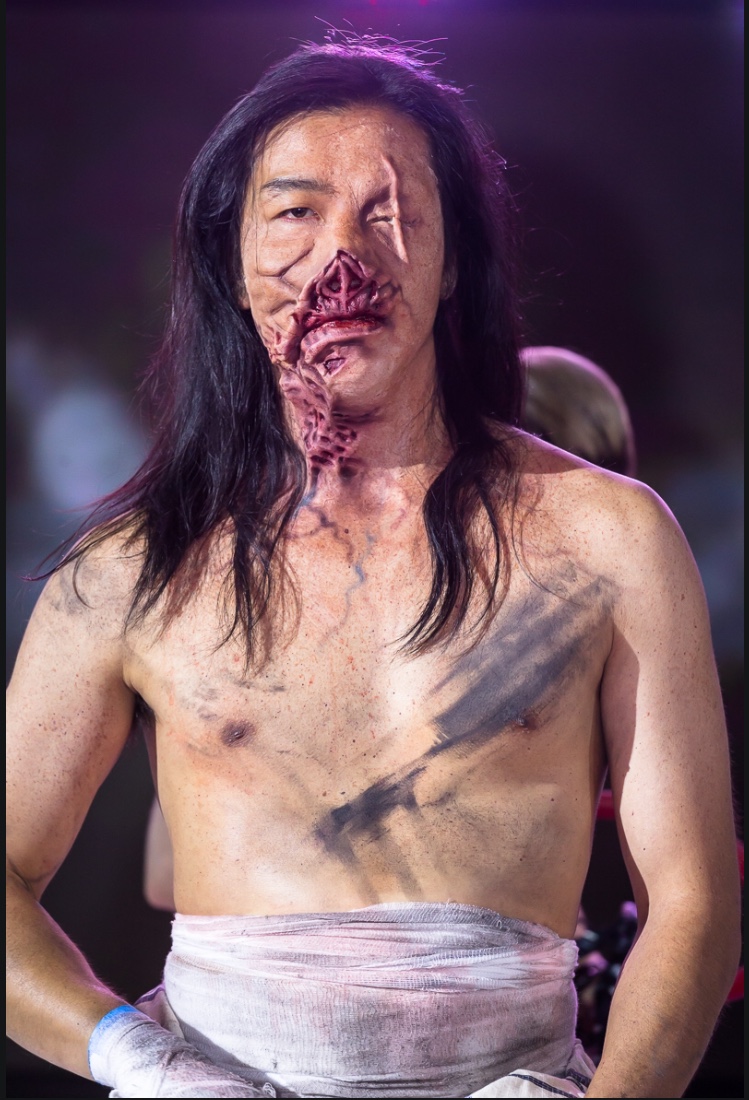 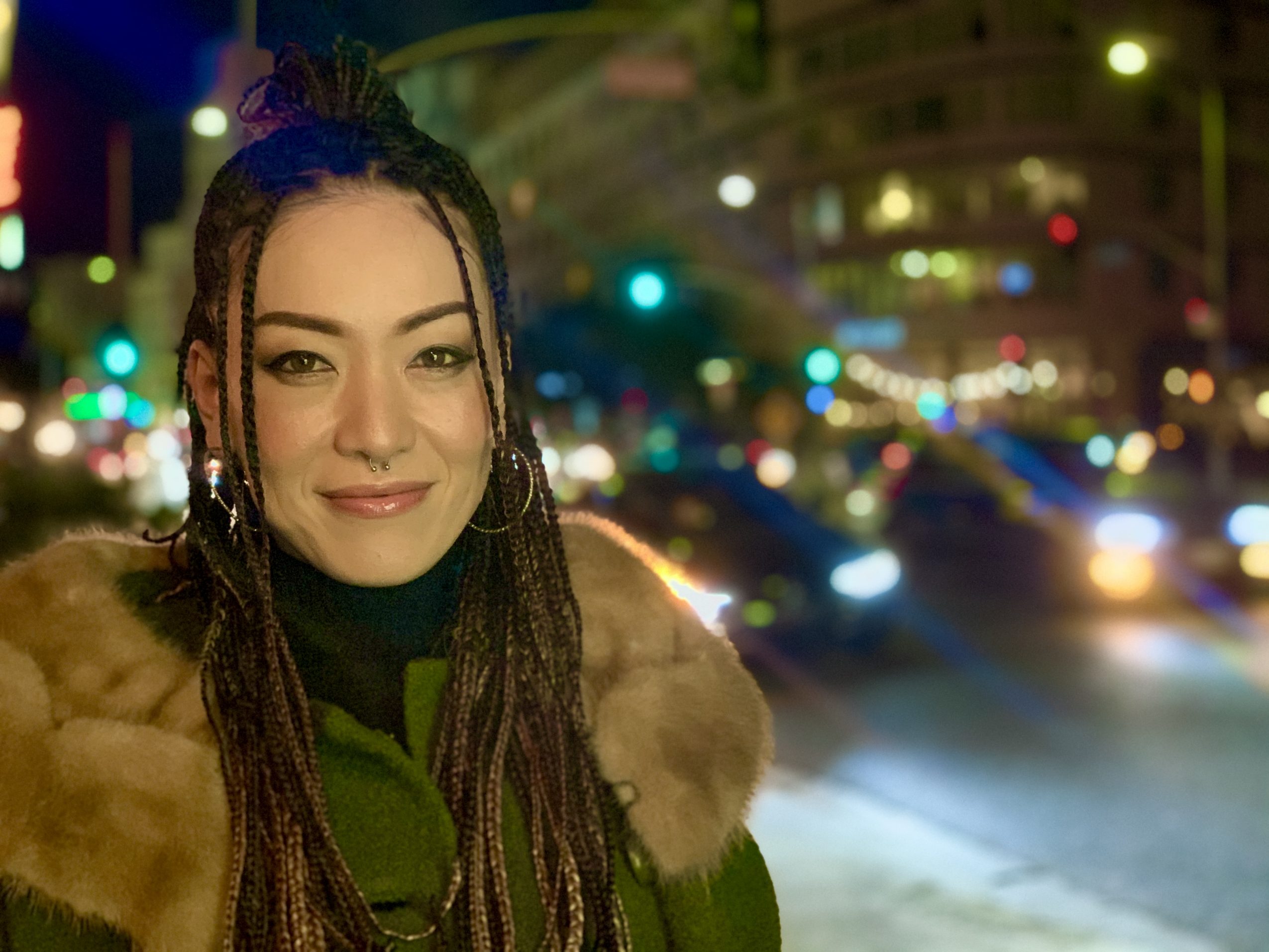 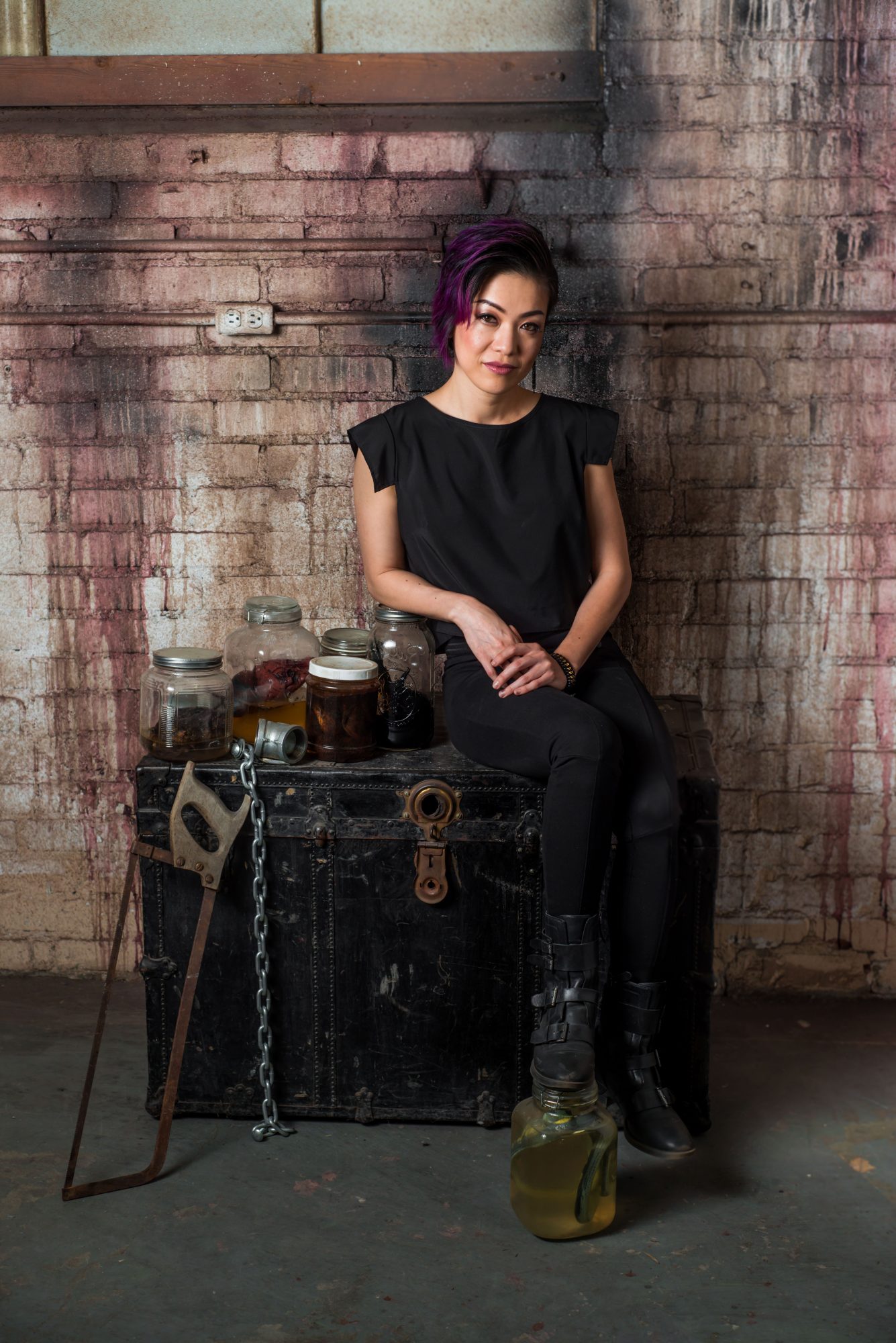 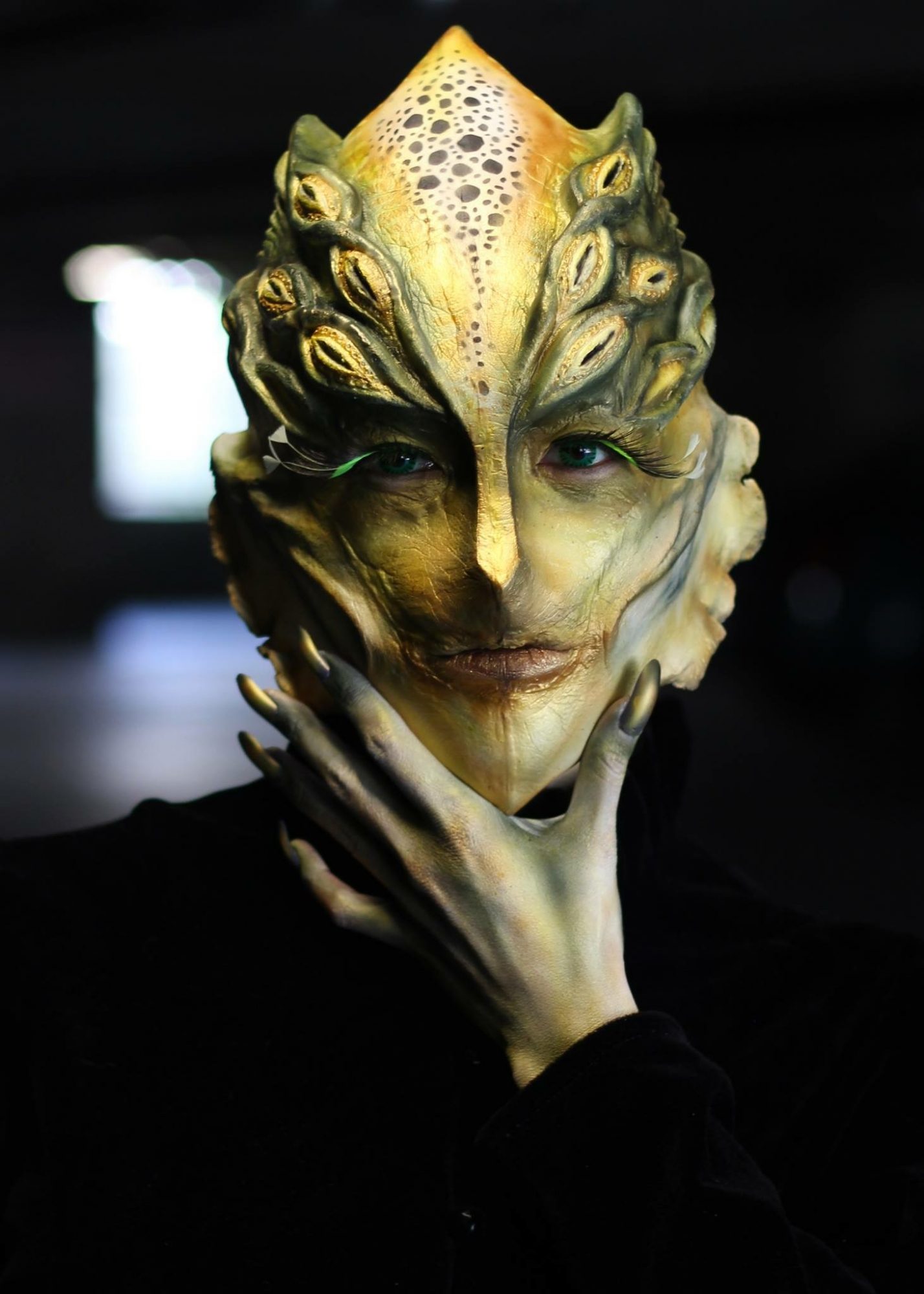