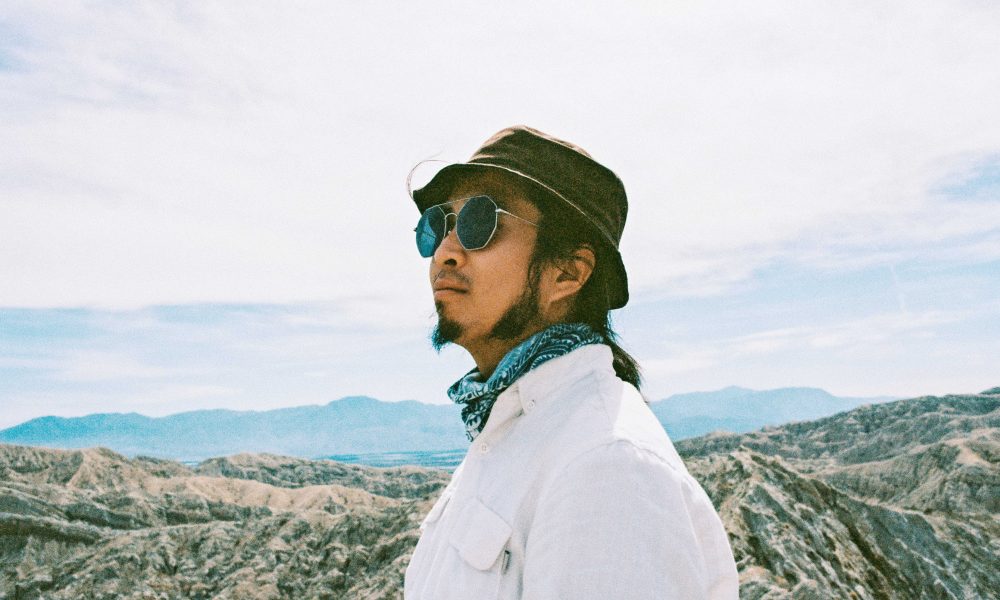 Today we’d like to introduce you to Shijun Chen.

Shijun, please share your story with us. How did you get to where you are today?
Working as a cinematographer, it is always fun to do a “play-back” from how I started. I started my filmmaking journey in Hong Kong. After two years of studying communication and directing, I found myself much more fond of and confident in visualization in film production. Therefore, the rest of two years in undergraduate, studying cinematography and everything about visualization became my concentration. After graduation, I joined Phoenix Satellite TV Station in Hong Kong. It was such a fortune for me that within one year, I traveled deeply to most of South Asia countries and shot five documentaries for the column “The Odyssey of Dragon”.

At the same time, I was appealed to Hollywood filmmaking workflow, after day to day independent film productions. I really wanted to experience how the so called “film industry” works. And here I am in Los Angeles, a member of class 2020, graduated from Chapman University Dodge College majoring in cinematography. Nothing could be more wonderful than what happened in the last three years. Professors like Bill Dill and Johnny E. Jenson, members of American Society of Cinematographers, showed me what is the standard level of Hollywood studio filmmaking.

Furthermore, connections among film schools such as AFI, USC, UCLA, Cal Art and etc., really brought me into an absolute film production environment. I shot 11 short films as a cinematographer and participated over 50 productions. I met many creative minds and beautiful souls here. These valuable experiences guided me to a more confident and positive playground to make visual creativity possible.

Overall, has it been relatively smooth? If not, what were some of the struggles along the way?
Generally speaking, it’s been a fairly smooth road. But definitely some obstacles in the way. English was one of my difficulties during my transition from Hong Kong to America. Except for the daily English, getting to know names of equipment in filmmaking was a big part. It was a brand new world to me because the names of every part of equipment are somewhat 70 percent different, not mention to those “folk names”. For example, a foam board holder will be named as “duckbill” or “platypus”. Thankfully, I got a whole gang of friends help me on the way. I still remember the first day when we were on a thesis project set. I was a grip but I was totally clueless when the key grip called for some equipment. And here was a funny contradiction: rule number one is never take out your phone when you are on a film set. However, I have to constantly get on Google just to get myself prepared for the next possible guess. Later on, my classmate Khoi Nguyen who is from Texas and had worked in filmmaking industry for several years took me to the equipment truck and walked me through every gear’s name. And we even did a review and test during lunch to make sure I memorized most of the names. And He is now one of my best friends and also the gaffer for many of my films.

On the creativity side, the biggest challenge in my mind is how to find a balance in between Western and Eastern cultures. They include aesthetic appreciation, visual languages and the values behind the stories. One of the filmmakers I admire the most who have accomplished this challenge perfectly is the Japanese director – Akira Kurosawa. After studied many of John Ford’s films, Kurosawa utilized a lot of Western elements into his films. Without doubts, the unique way of such a combination got recognized in both Western and Eastern worlds. I sometimes found myself trapped in only one side – either too much American in the visual design or too much Chinese method of storytelling techniques. On the other hand, I believe my system will start to grow more mature as long as I keep reminding myself this challenge from time to time.

We’d love to hear more about your work and what you are currently focused on. What else should we know?
Cinematographer, aka. Director of Photography, this is what I specialize in. “Everything related to visual that’s happening in your frame on the camera is your responsibility as a cinematographer.” Quoted from Johnny E. Jenson, ASC.

In 2015, I finished my undergraduate thesis film project – Winter 1983. This short film made into several film festivals which could be regarded as my monument of starting my career. It was also from here I found my gift as a cinematographer – the ability of visualization and storytelling. I realized this is the part that I made the most progress since the beginning of my journey in LA. Here is an interesting thing I think worth to mention. I finished my cinematography reel last month. While I was editing it, I reviewed a lot of works I did before I came to LA. I would use the word “shameful” to describe the feeling when I was looking at those old footage. I was like “How could I possibly make them? It was not good at all.” So from a different perspective to look at this, I believe I did make progress to strengthen my visualization and storytelling skills.

No collaboration, no filmmaking. Another thing I’m proud of is all of our collaborators always work like a team. We always back up for each other. For example, we have a small circle of cinematographer friends. Whoever gets a project to work as a cinematographer, the rest of us will participate as key crews such as 1st AC, gaffer or key grip. Furthermore, we have friends joining from different places around LA in their own specialties. And finally, we form our cine department strong like an army! It’s a very healthy and efficient way to grow together and find our own vocations in filmmaking.

Any shoutouts? Who else deserves credit in this story – who has played a meaningful role?
Johnny E. Jensen, ASC – My cine professor but more like a sincere grandfather. Whenever I have a question relating to filmmaking, he is always there to help with all his professional experiences and thoughts. Besides, he is an absolute passionate and humorous old man I have ever met. I got a huge influence on how to equally treat life and work, so I can enjoy and be positive to everything.

Bill Dill, ASC – I would like to get one critical comment for my works instead of 10 complimentary words. And Bill is the one who gives me ten critical comments to start with. He is a strict mentor with a lot of patience and encouragement. As one of the most successful educators in ASC, not only pointing out the flaws in the films right away, is he also wise enough to foresee what’s the whole filmmaking industry going to happen and what’s the possible path for cinematographers. With his suggestions, I will walk my path with more confidence and faith.

Poon Hang-Sang, HKSC – The pioneer of Hong Kong films in its golden era. He encouraged me to get my further education here in the US. As a member of AMPAS, he explained to me how important it is to think the diversities in Western and Eastern cultures, especially putting these thoughts in filmmaking.

Xiaowen Sharon Zhang – The producer of Phoenix Satellite TV Station. She brought me into the documentary program. I was given plenty of freedom to put my creativity into the works. Traveling to the most parts of South Asia was such a valuable chance to broaden my horizon and know this world better. In addition, working for TV system especially Phoenix is famous for its news background, the fast pace and sharp opinions in the environment shaped my thinking model in a pretty mature way.

The whole gang of my Chapman fellas – I couldn’t be this far without them. Coming from different parts of the world, they always refresh how I understand this world with their unique opinions. Every single of my film is based on their efforts. I just can’t thank them enough. Moreover, the time we spent together such as being on film set, rock climbing, video gaming, road-tripping and so on so forth, in a long run, has built a solid friendship that we will walk out from school as a team and be proud to say we are from Chapman. 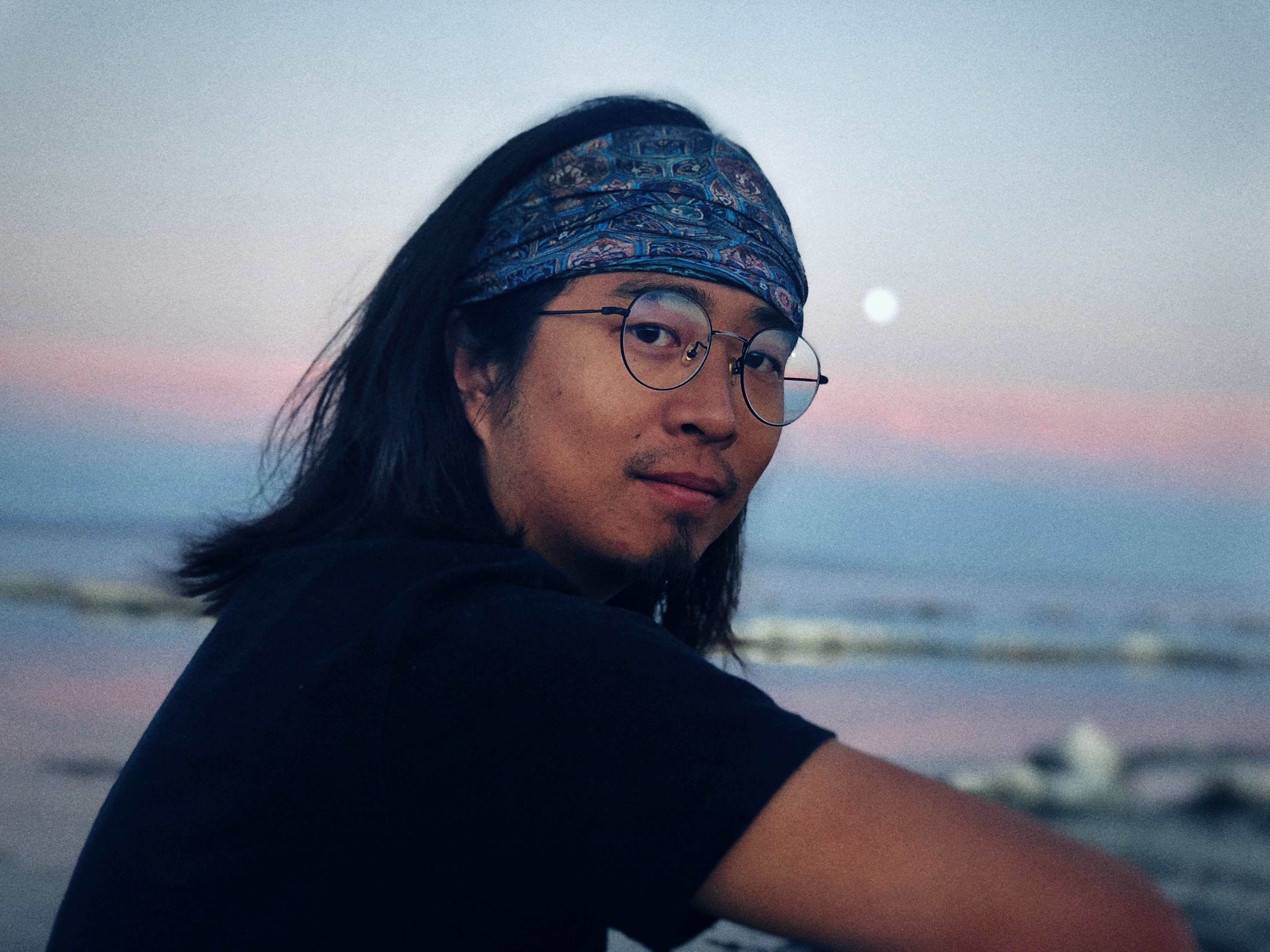 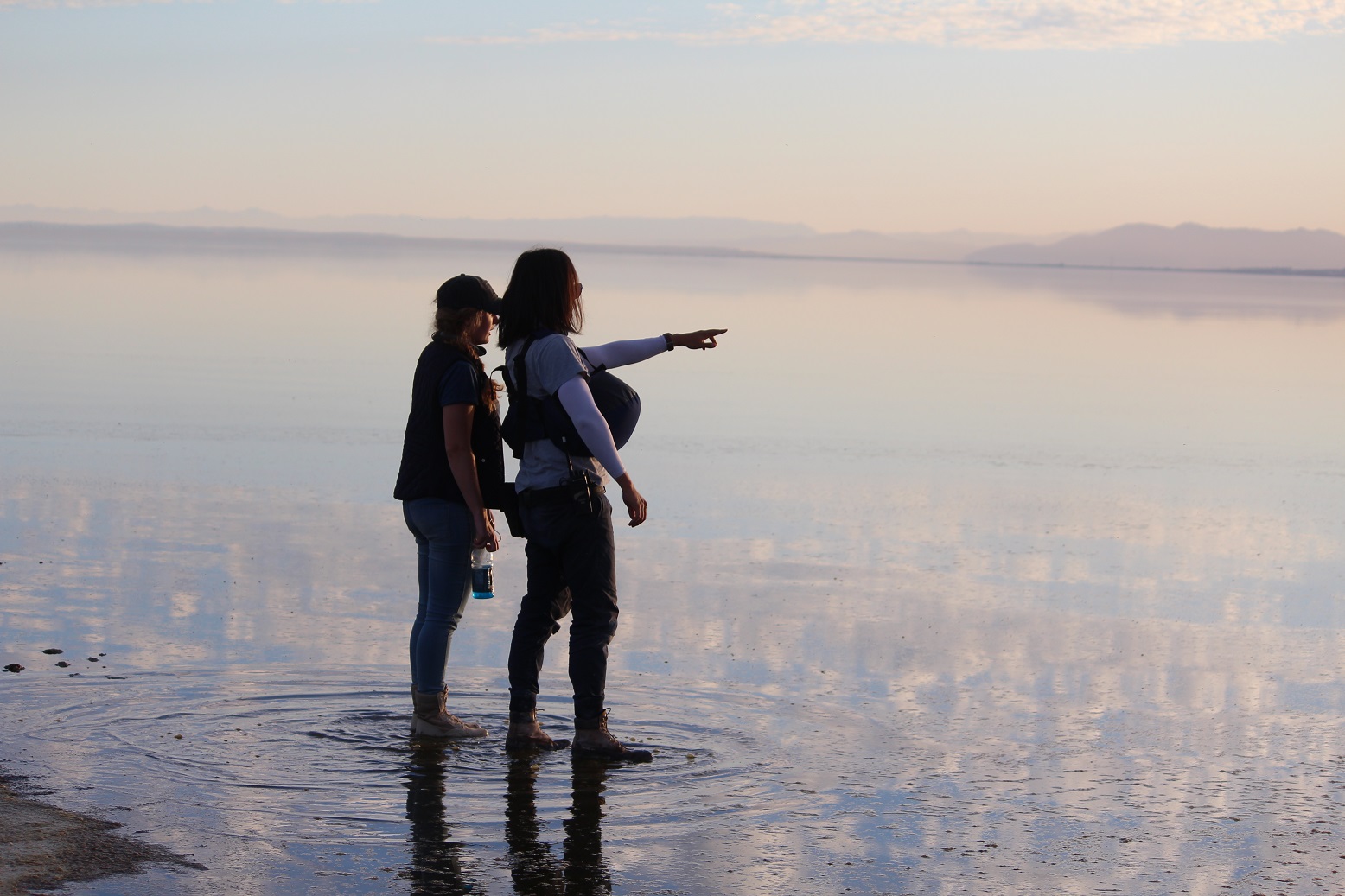 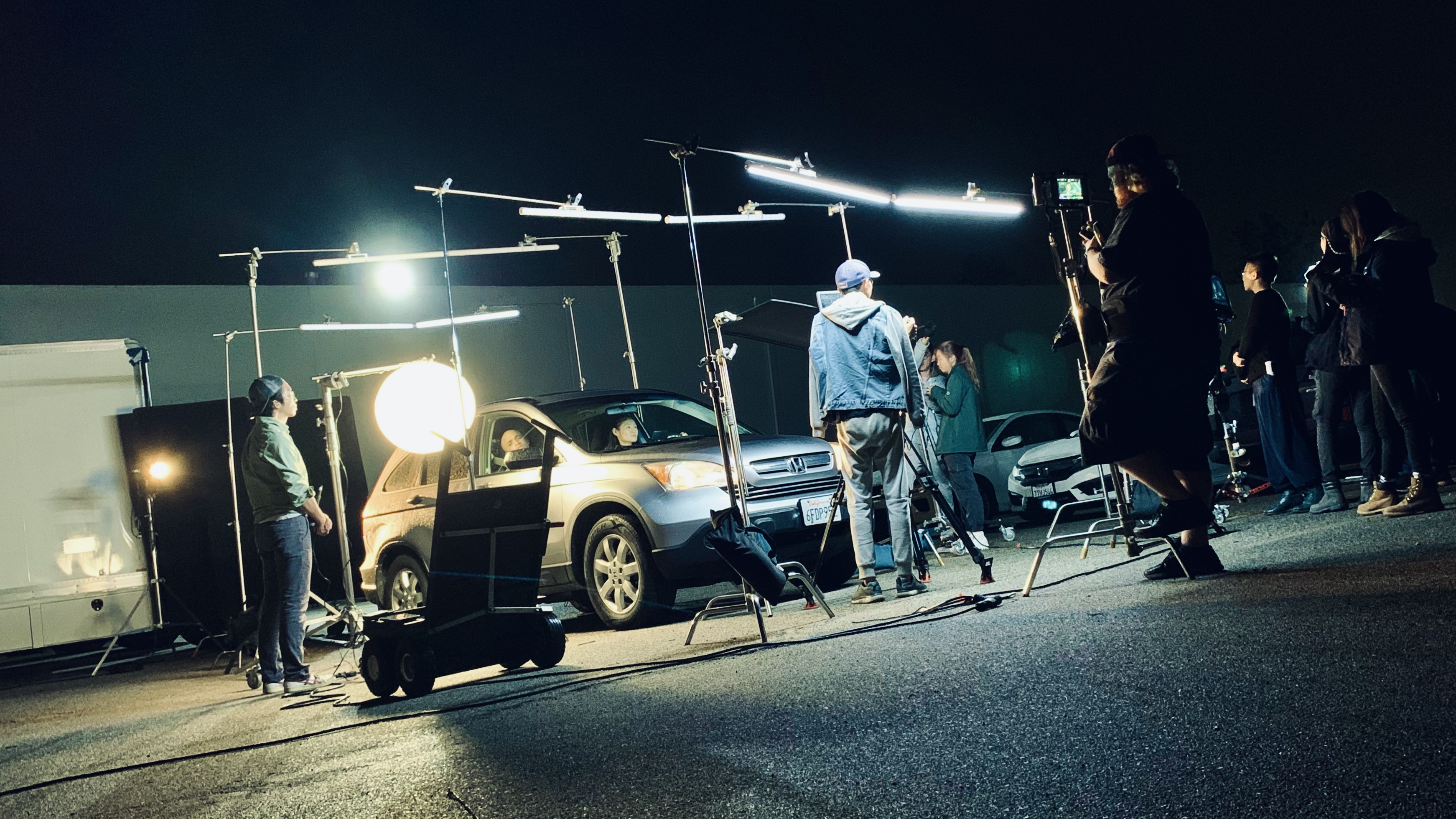 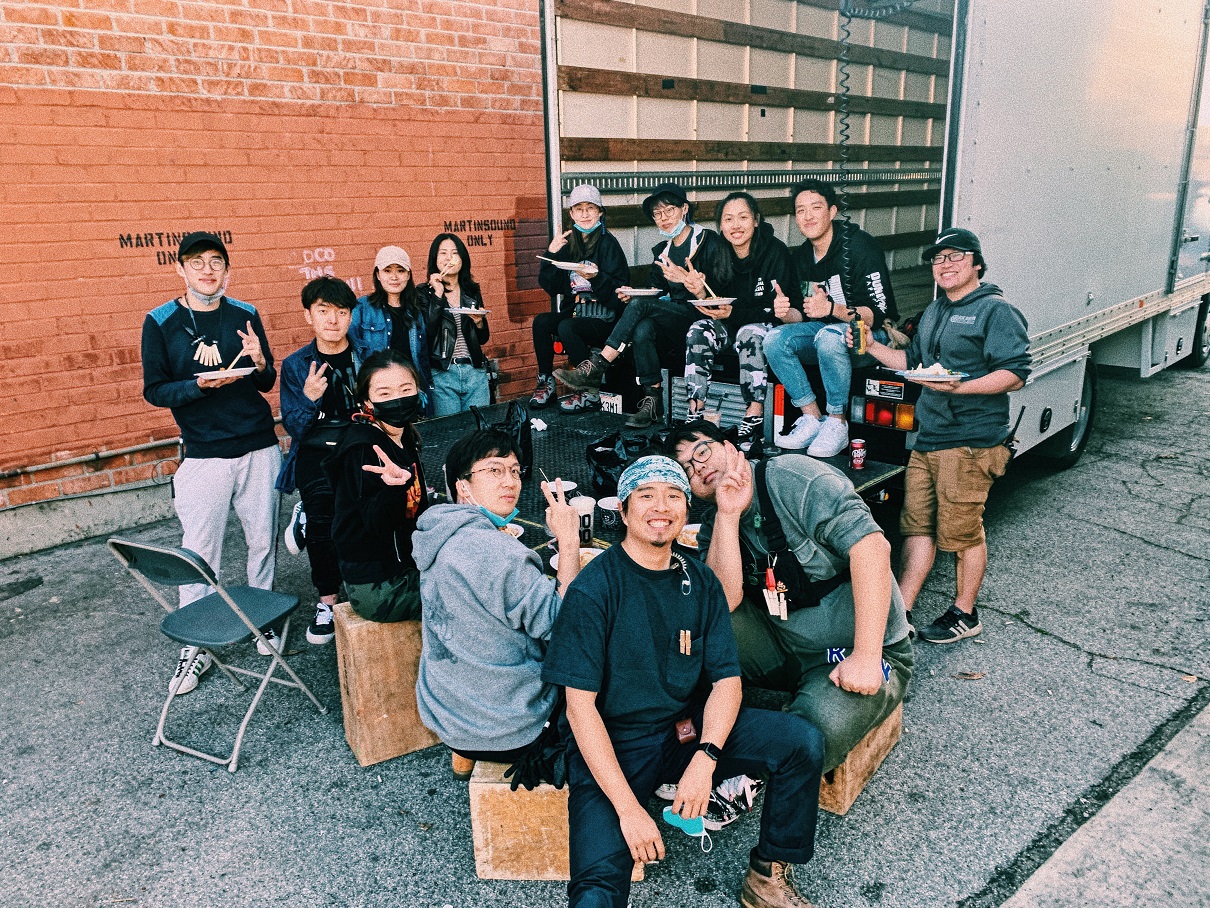 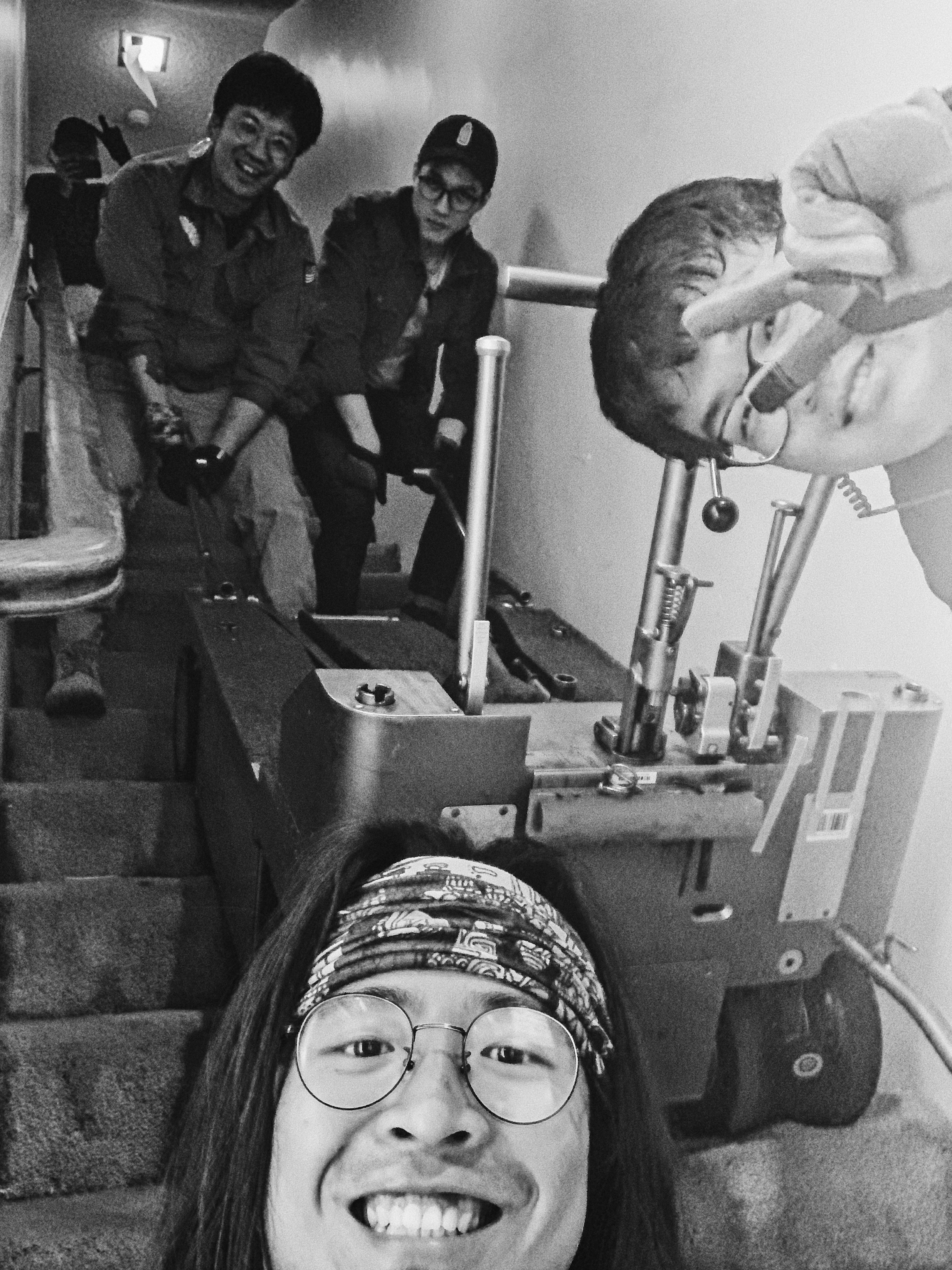 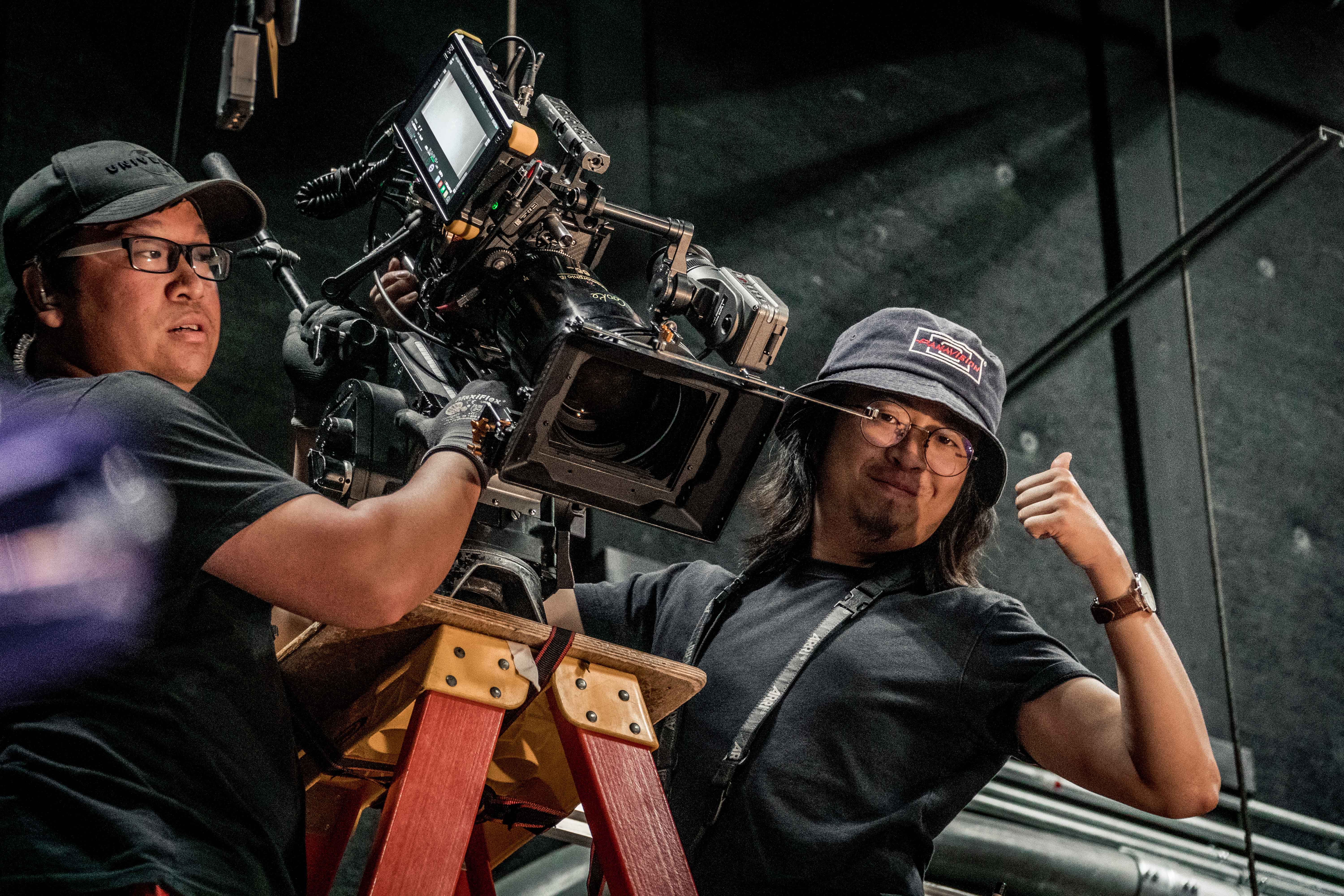 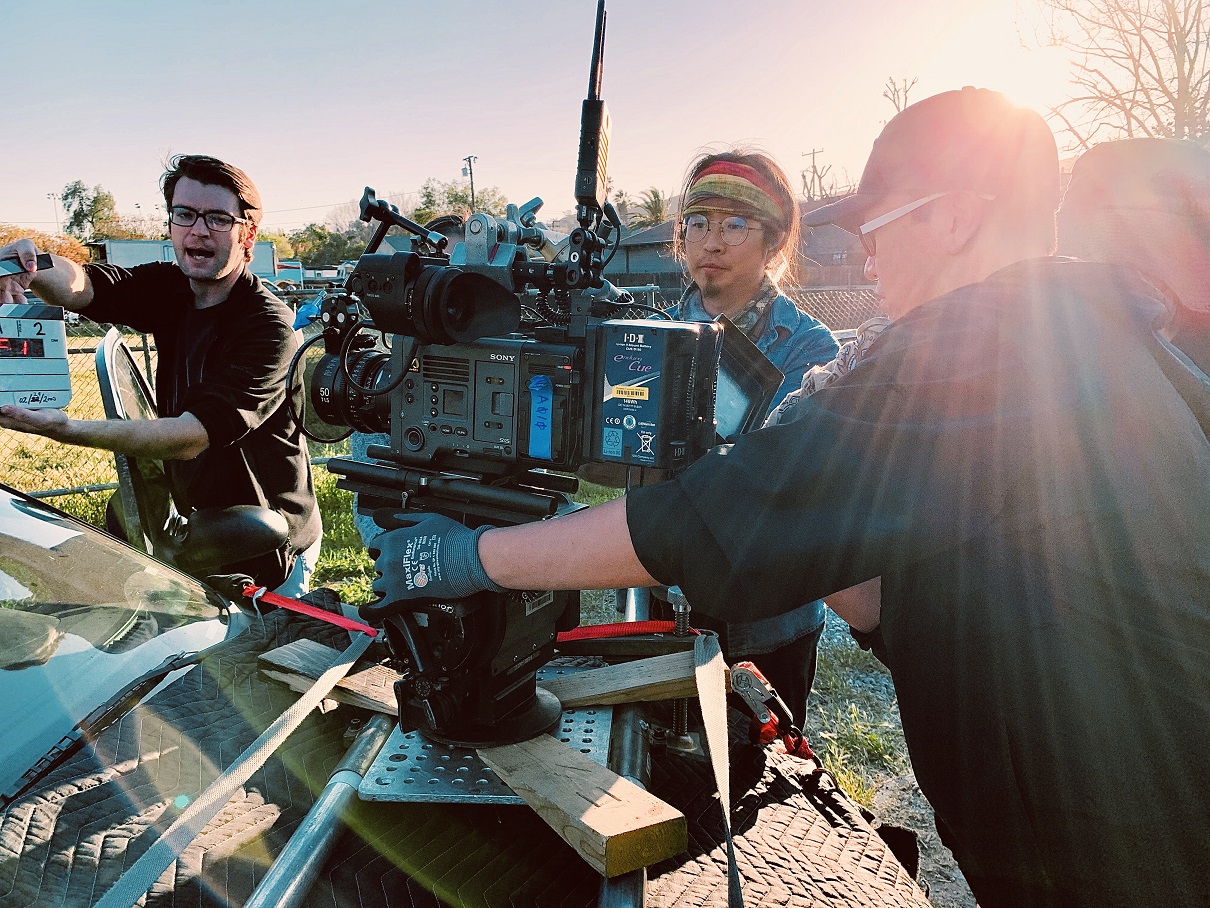 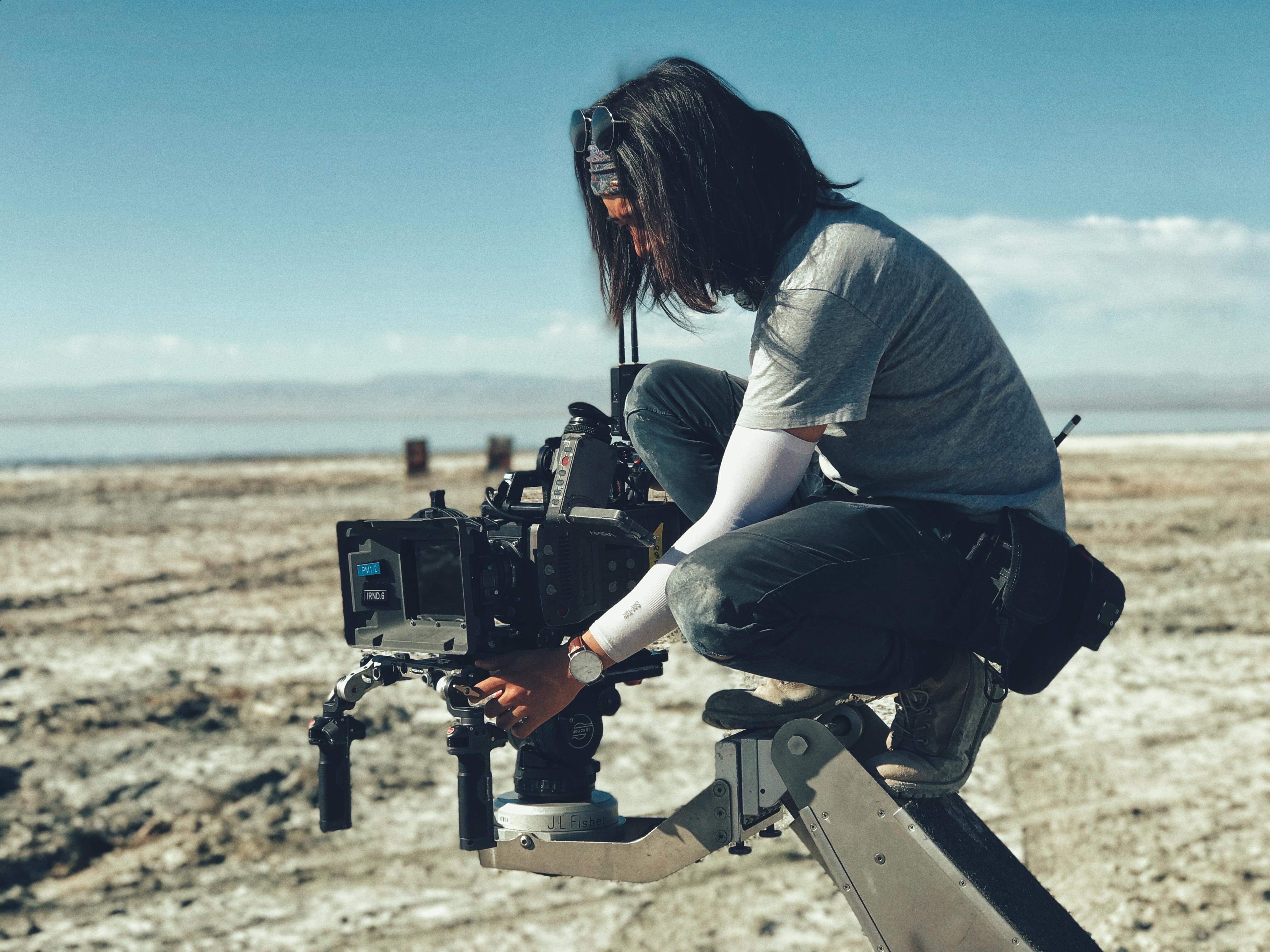